The 2019 Audi Q3 has been completely reworked inside and out and from first sight the design lines from its larger siblings is very evident.

BOLZANO, Italy: The South Tyrol region in north eastern Italy is certainly a drivers delight and a perfect setting to introduce one of Audi’s best selling SUV’s the 2019 Q3.

This is the second generation of the compact SUV that was first introduced to North America in 2015.

The Q3 has been completely reworked inside and out and from first sight the design lines from its larger siblings is very evident.

Up front the new large single frame octagon grille with a much wider frame and vertical slats. LED headlights become standard across the trim levels with the Matrix LED headlights being offered as an option.

The extended roof edge spoiler manages to stretch out the low roofline giving the impression that is much longer than it actually is. 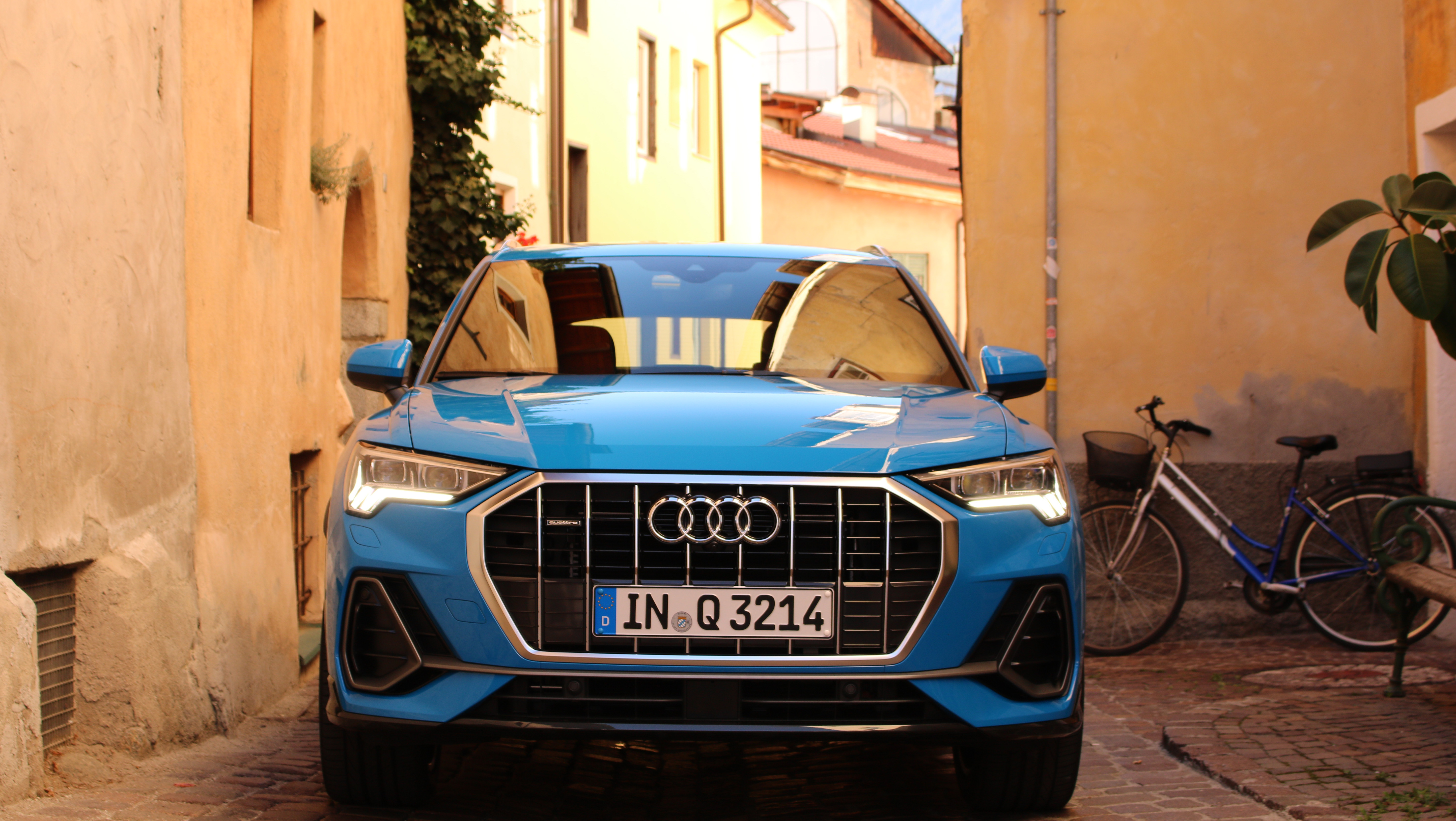 The biggest changes to the Q3 are found inside where the cabin takes its design cues from its full-size siblings, The dash is uncluttered and split in two levels with the upper level housing the air vents with the lower level incorporating the infotainment system that’s surrounded by an octagonal chrome frame that mimics the front grille design.

The Q3 now comes stacked full of technology with Audi’s Virtual Cockpit becoming standard with the base model utilizing a 10.25-inch screen with the upper level trims benefiting from a 12.3-inch screen both neatly packaged behind the steering wheel.

The display can be configured in several different ways to the drivers liking.

Mounted centrally is Audi’s 10.1-inch MMI touch screen display, which is a vast improvement from the old model. Gone are the buttons and knobs with all actions now being controlled by the swipe of a finger or from the steering wheel mounted controls.

The interior dimensions have been greatly increased from the last model with the seating luggage and compartment benefiting from the longer wheelbase. 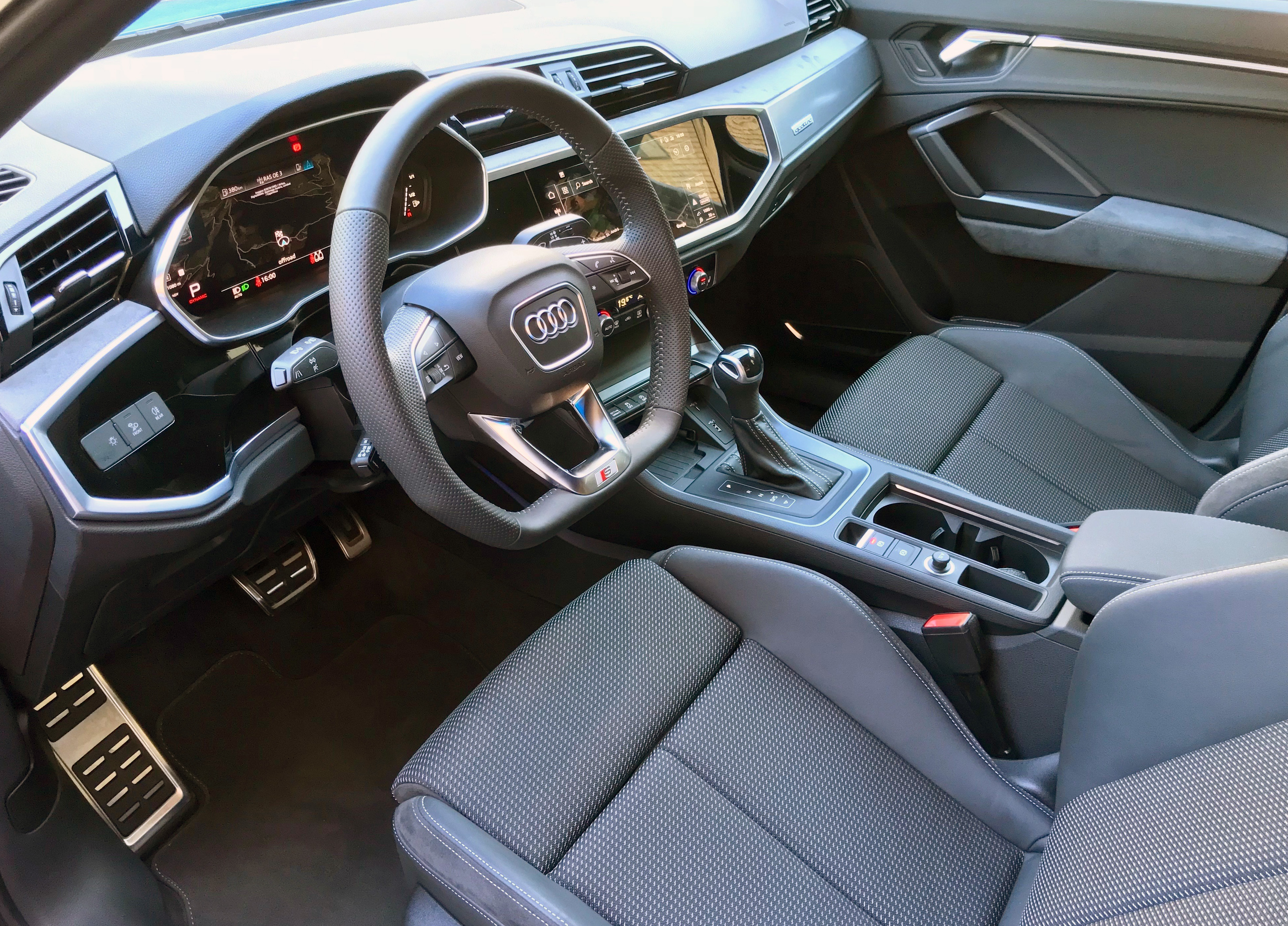 The rear 40/20/40 – split folding seats can now be moved forward and back by up to 150 mm which can either increase leg room or cargo space. The rear cargo space has been increased by 57 litres to 530 litres when the seats are pulled to the rear positioning, pulling them to the forward position increases cargo capacity to 675 litres and folding the seats flat increases the over all capacity to 1,525 litres.

You can tell that there has been a lot of thought put into the design of the interior.

Little things like a storage compartment under the cargo floor to safely stow the rigid privacy cover and spring loaded latches have been fitted to hold the cargo cover up when opening the trunk this eliminates the need for those pesky strings.

Two new reworked versions of a 2.0-litre turbocharged four-cylinder engine will be made available in Canada. Both will be married to Audi’s new seven-speed S tronic twin clutch transmission.

The power is put down to the wheels via the Haldex version of Audi’s quarto drive with the front wheels getting the power under normal driving conditions. 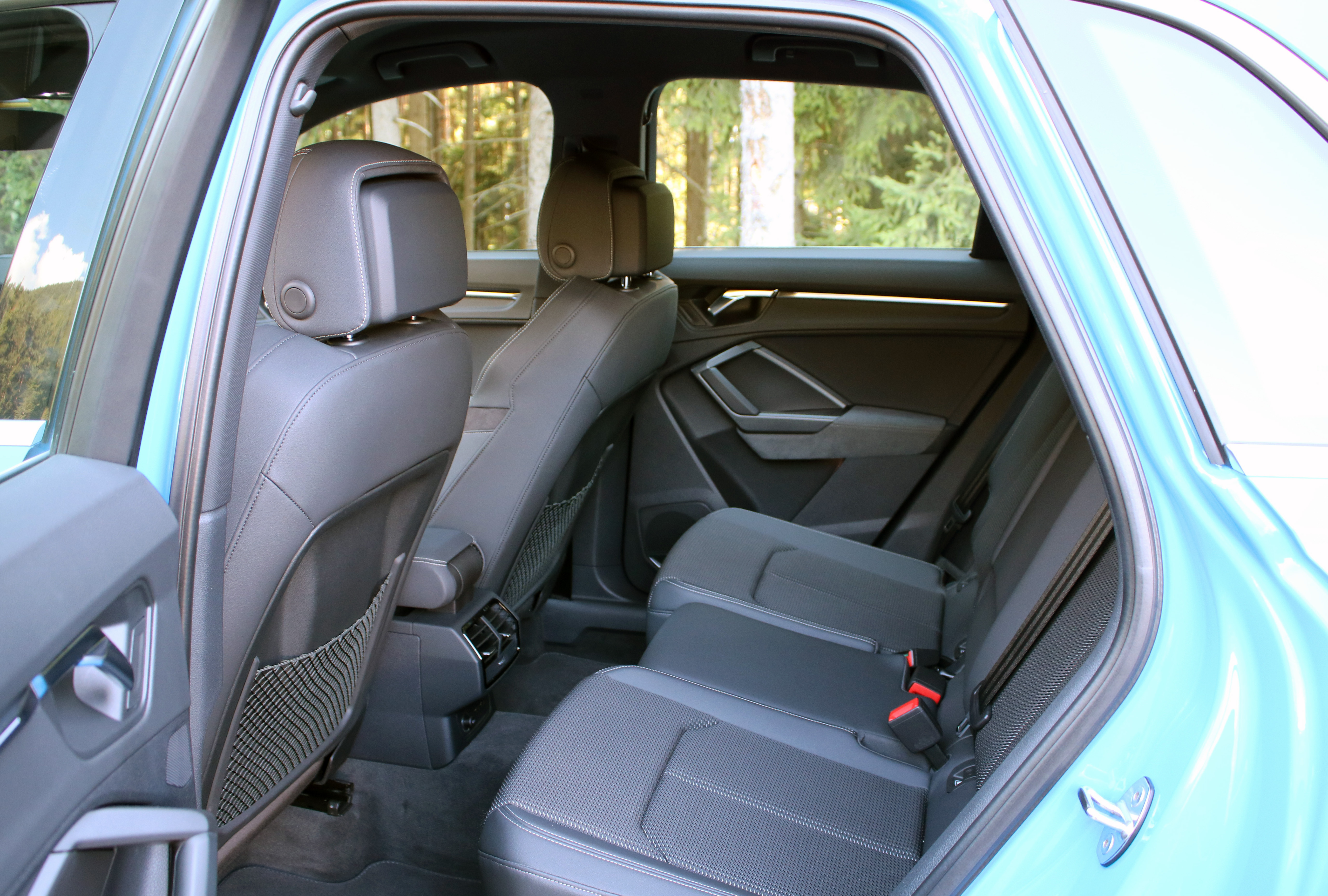 Any slippage will be instantly detected and, by means of an electronically controlled clutch with up to 50 per cent of the power can be pushed to the rear wheels.

The suspension has been reworked and will be offered in three different combinations – base, S-Line and an adaptive damper option.

Driving the Q3 on the narrow mountainside slopes of the South Tyrol certainly proved that the new drivetrain was more than capable of handling any road conditions.

Seating position and all around visibility was very good which was needed in the tight switchbacks and tight laneways that barely gave enough room for two cars to pass, never mind a group of racing road cyclists.

While the exterior of the Q3 has been stretched it certainly didn’t feel like it was taking up any more road. The increase in internal space was evident from entering the vehicle.

The upscale dash is uncluttered and very easy to use with the fit and finish being on par with its larger siblings. 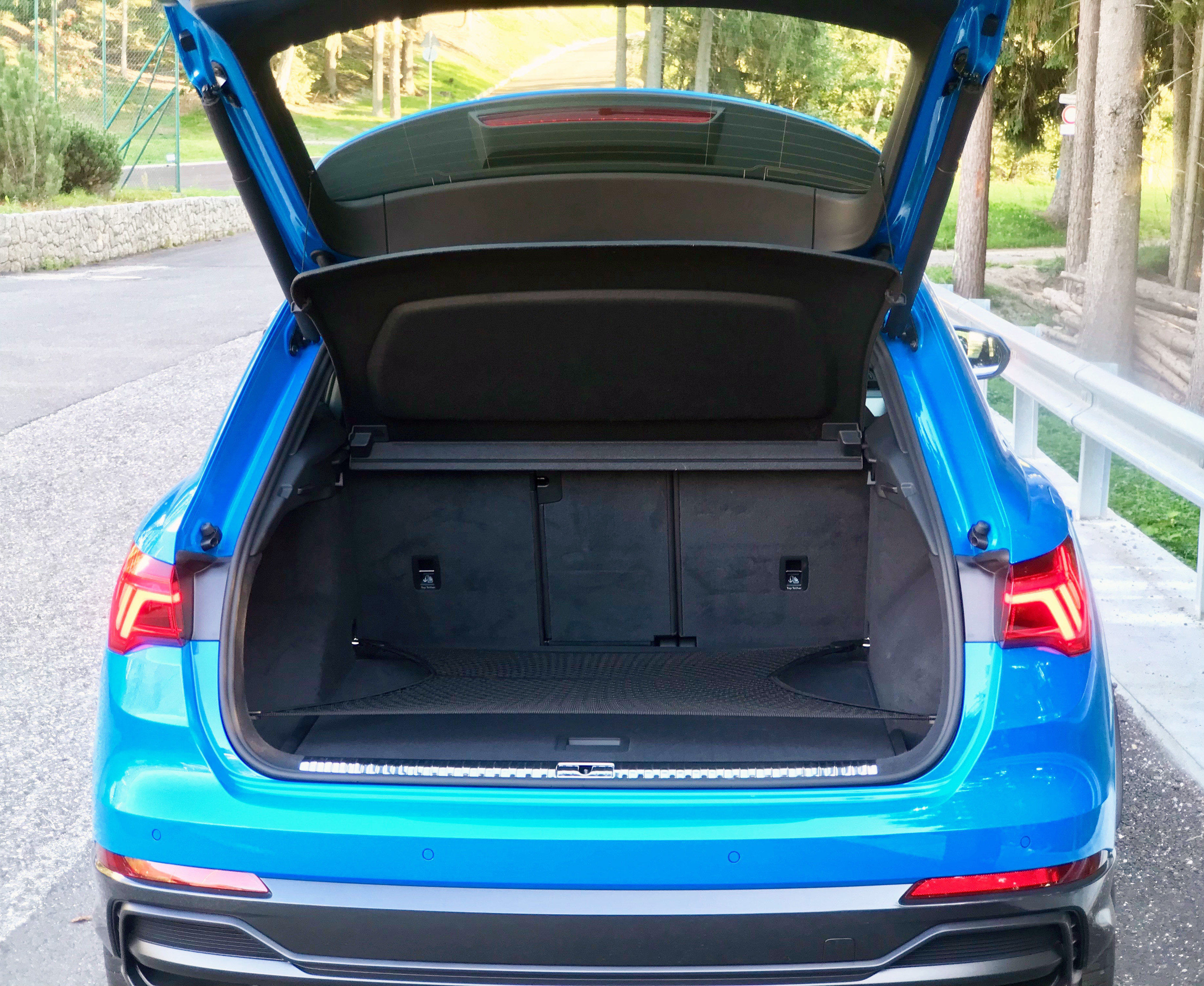 On the road the Q3 feels more agile that its predecessor and is noticeably quieter on the road.

Steering is crisp and precise, which was a blessing in some of the unprotected corners on the mountainsides.

I think Audi has achieved what it set out to do with the Q3.

The styling seems to flow nicely down the other Q models making it easily recognizable as a Luxury SUV.

The designers were adamant that the new Q3 could easily hold a family of four with all their belongings for a long road trip this they have achieved without compromising on styling, power or handling.

The 2019 Audi Q3 will be available early in 2019 with prices being announced closer to the release date. 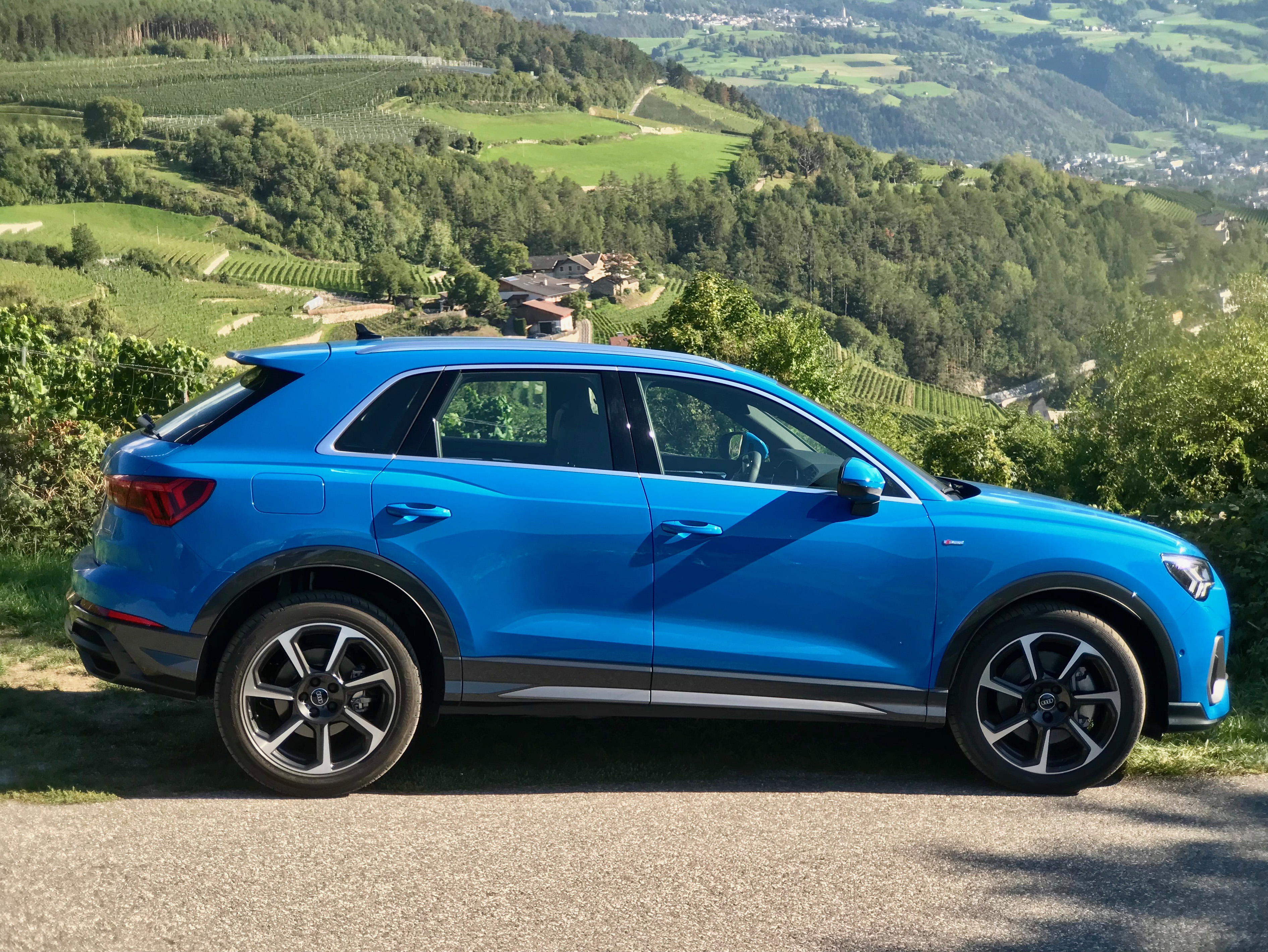 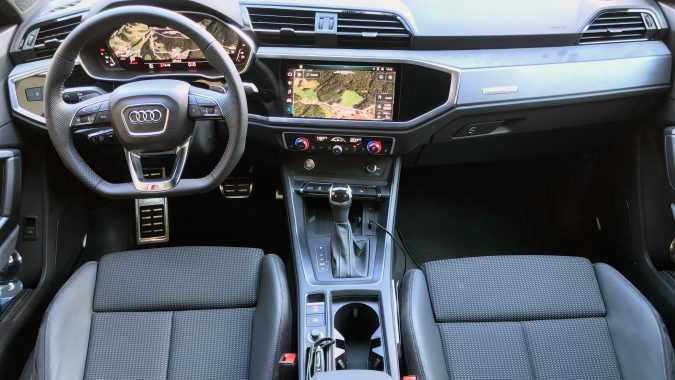 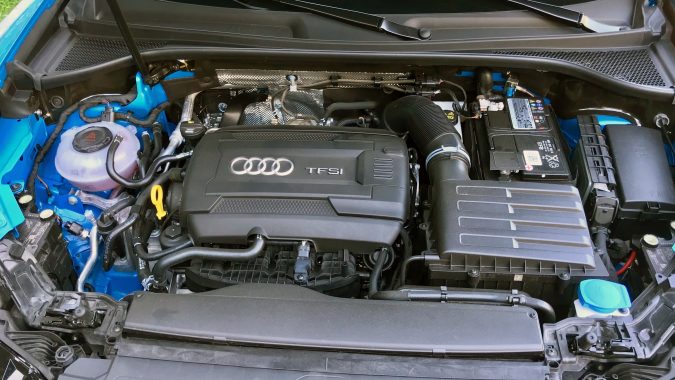