The F-150 gets diesel power for the first time

DENVER, COLORADO – They say that an F-150 gets sold every 30 seconds. It is certainly the best selling pick up truck in the world and might even be the best selling vehicle, running neck and neck with the Corolla.

And it doesn’t seem like Ford is satisfied to just rest on its laurels. I mean, they could quite frankly do nothing and still sell a bazillion F-150s tomorrow, but the most successful brands know better and that’s why they remain on top of the food chain.

Brand new for 2018 Ford will introduce its first-ever diesel option on the F-150. This new 3.0-Litre V6 diesel is a new member in the Power Stroke family of engines along with the 6.7-Litre V8 found in the larger Super Duty Series. It develops a class leading 250 hp and 440 lb-ft of torque at just 1750 rpm.

We reported a few weeks ago that a diesel equipped F-150 would sip fuel at a rate of just 8L/100 km; so we met Ford in Denver, Colorado to put that to the test.

Ford had every variety of F-150 on hand for us to try; from the bare bones XL all the way up to the luxurious King Ranch and Platinum models. 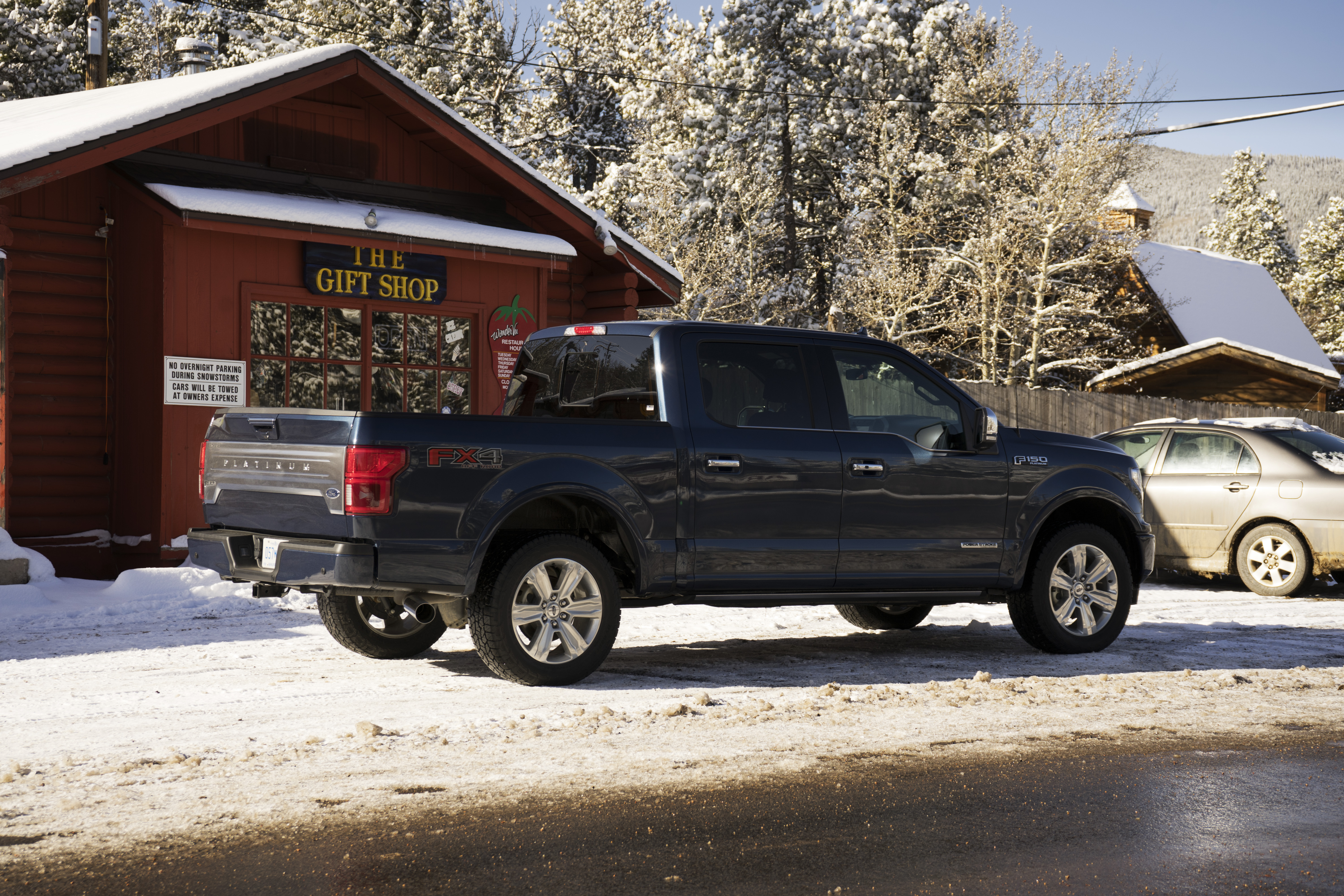 There were a series of challenges including a dedicated fuel economy loop, an off-road course, and a towing challenge where we had our F-150 hooked up to a horse trailer that would demonstrate its max towing capacity of 11,400 lbs.

The fact that a small displacement engine can tow this much weight is impressive on its own, but doing so as silently as the F-150 did was a testament to the engineering of this new engine. I’m told there was some additional sound deadening employed on diesel versions, but that can only do so much.

On level ground even when saddled with the trailer the diesel was able to gain speed and keep up with traffic quite easily. It was only on a fairly steep grade that we felt the engine strain. It seemed hesitant to want to go much past 60 mph until we leveled out again, almost like the engine management system was throttling the power.

Keep in mind we were pulling a trailer that weighed well over 5 tons and this being the mile high city (literally), could have contributed to the lack of pull on the hilly roads surrounding Denver.

Unladen, this F-150 diesel is a peach. It pulled strongly throughout the rev range and was so quiet that most would be hard pressed to tell they were driving with an oil-burner under the hood.

One of the most important aspects of a diesel is fuel efficiency and on our dedicated fuel economy loop I was able to get an impressive 31.6 US mpg (7.4 L/100km) on a 4X2 equipped F-150. I probably didn’t make any friends on the road with the way I was driving but most trucks this size usually consume gas at that rate when standing still, so colour me impressed.

We also got an opportunity to put 4×4 versions of the F-150 through its paces on an intense off-road course with a simulated river crossing, rock and log crawls, and steep climbs with grades exceeding 30 degrees. To top it off, bad weather the day before had turned the ground into a mucky, boot-swallowing, surface that increased the difficulty of the course by a factor of 100.

The 4×4 F-150 equipped with the Torque-On-Demand transfer case and rear-locking diff was able to plow through this course making me look like an experienced off-roader—which I am not. The Hill Descent control worked wonders even with the slick muddy surface; the forward facing and 360-degree cameras really came in handy when parked at the top of a hill so steep that all I could see was sky. 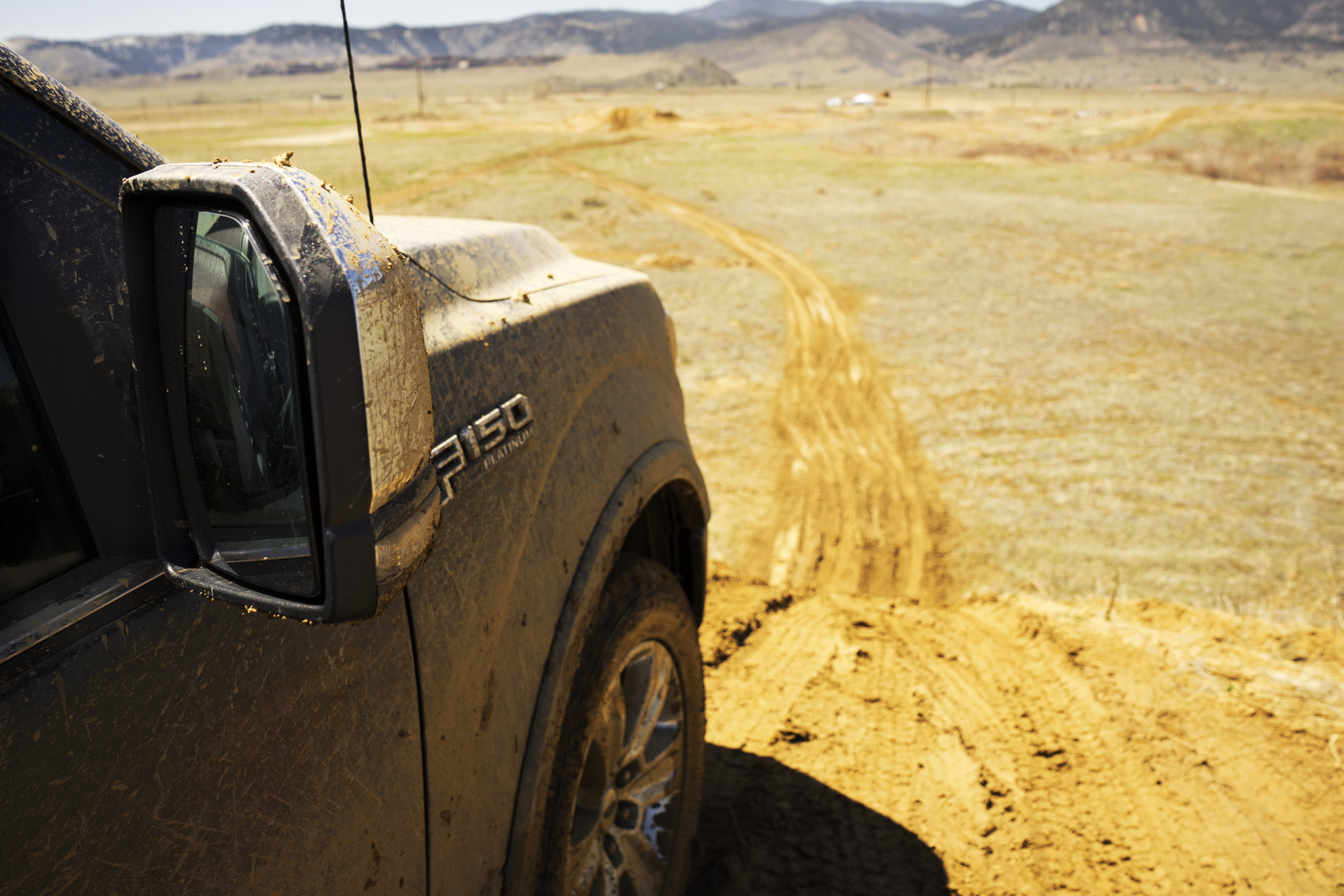 Granted most customers are never going to subject their trucks to these near post-apocalyptic conditions but if they ever do find themselves off the beaten path, then rest assured the truck will see you through almost anything.

I’m not sure there are any downsides to this apart from refilling the DEF (Diesel Exhaust Fluid) tank every 15,000km, which is not that difficult and DEF fluid is readily available at most dealers and parts stores.

The diesel will be optional on Lariat, King Ranch, and Platinum models with the SuperCrew cab combined with either a 5.5 or 6.5 ft bed, or on the SuperCab and a 6.5 ft bed. Both 4×2 and 4×4 versions will be available. All diesel powered F-150s will come with equipped with Ford’s 10-speed automatic transmission.

Fleet customers can order the diesel across the lower XL and XLT trims as well.

The main downside will be the price hike over the gas engines that will range from $5650 to $8200 depending on the trim level. A bit of a tough pill to swallow for some, but the added durability and efficiency of a diesel should make it a bit easier.

The F-150 with the diesel option will be arriving in dealers this May. 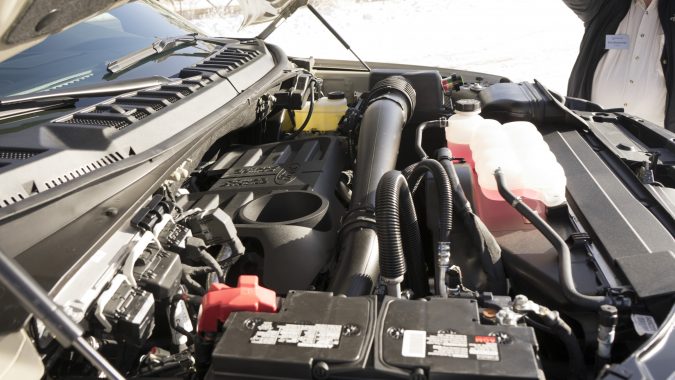 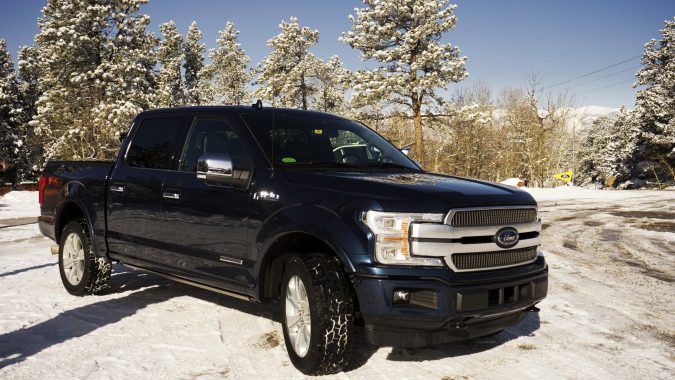 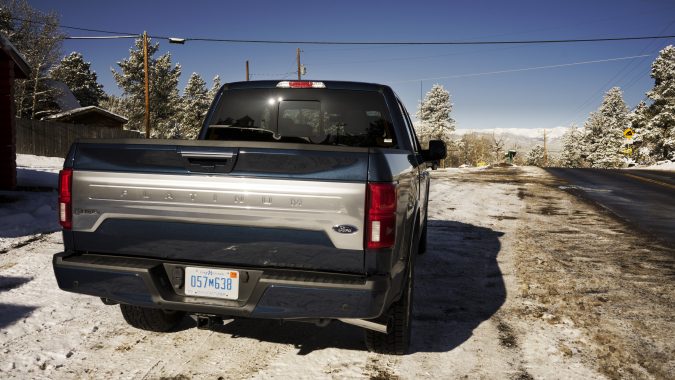 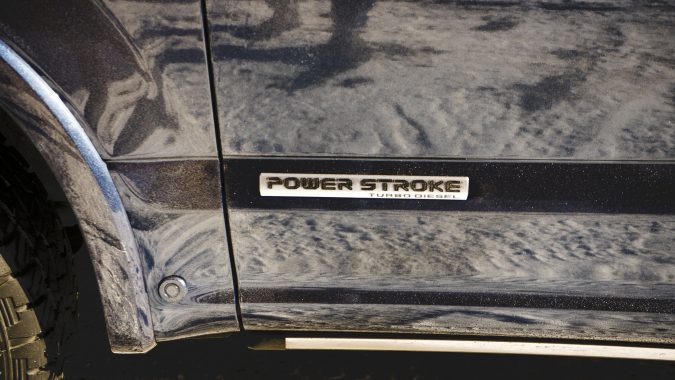 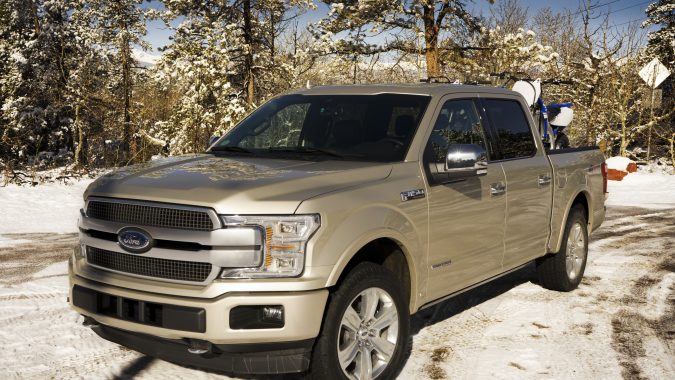 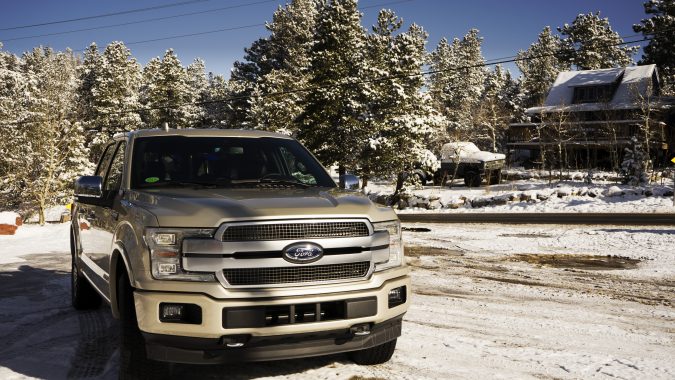 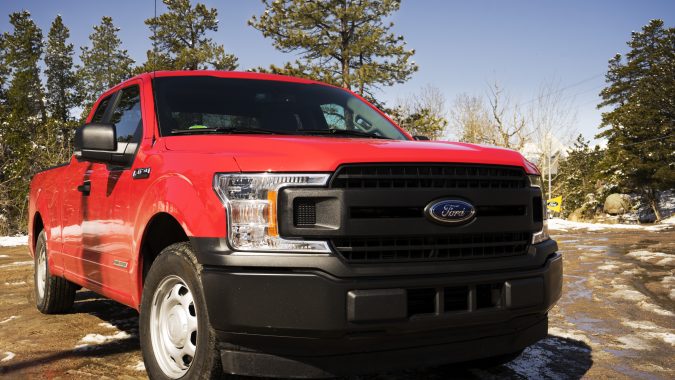 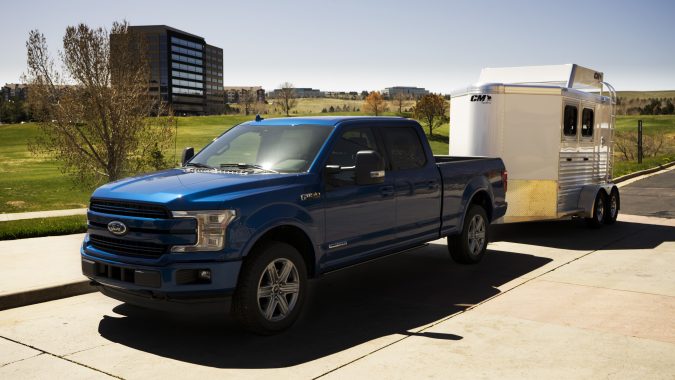 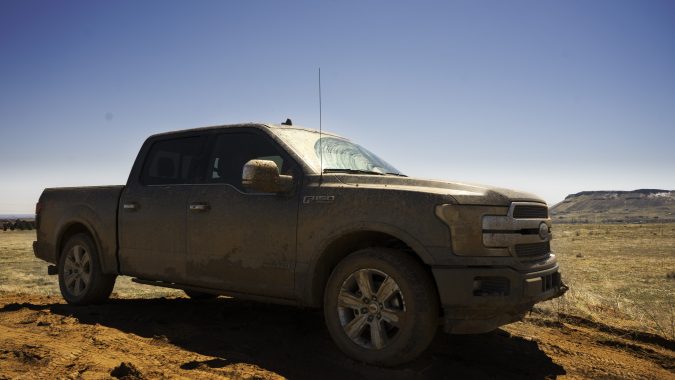 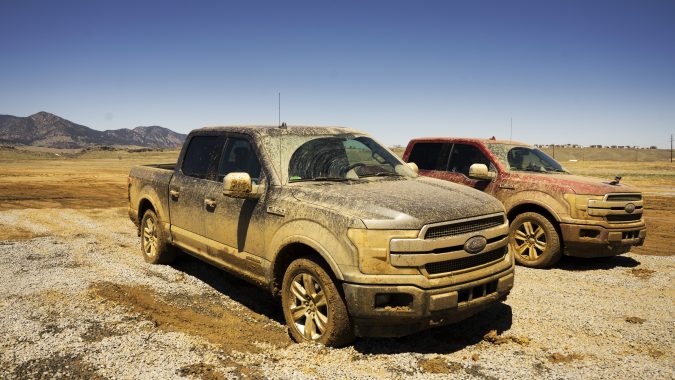