JOHN’S, NL: Ford’s big plans for the future include a new small idea – the 2018 EcoSport.

This made-in-India subcompact, now the smallest crossover ute in Ford Canada’s lineup, actually debuted in other markets 15 years ago.

The second-generation version that was launched in Newfoundland this May has been refreshed with new exterior cues and interior content for its 2018 model year release in North America.

The appetite for SUVs of all sizes just keeps growing as customer demands shift in search of crossover qualities – the easier access and higher driver’s viewpoint, the added utility, along with a go-anywhere attitude and rugged truck-like character cues.

But with all of those qualities mitigated with passenger car-like levels of ride, handling, content and fuel economy. And the EcoSport is aimed squarely at both new customers to the crossover market and older owners looking to downsize from bigger sport utes. 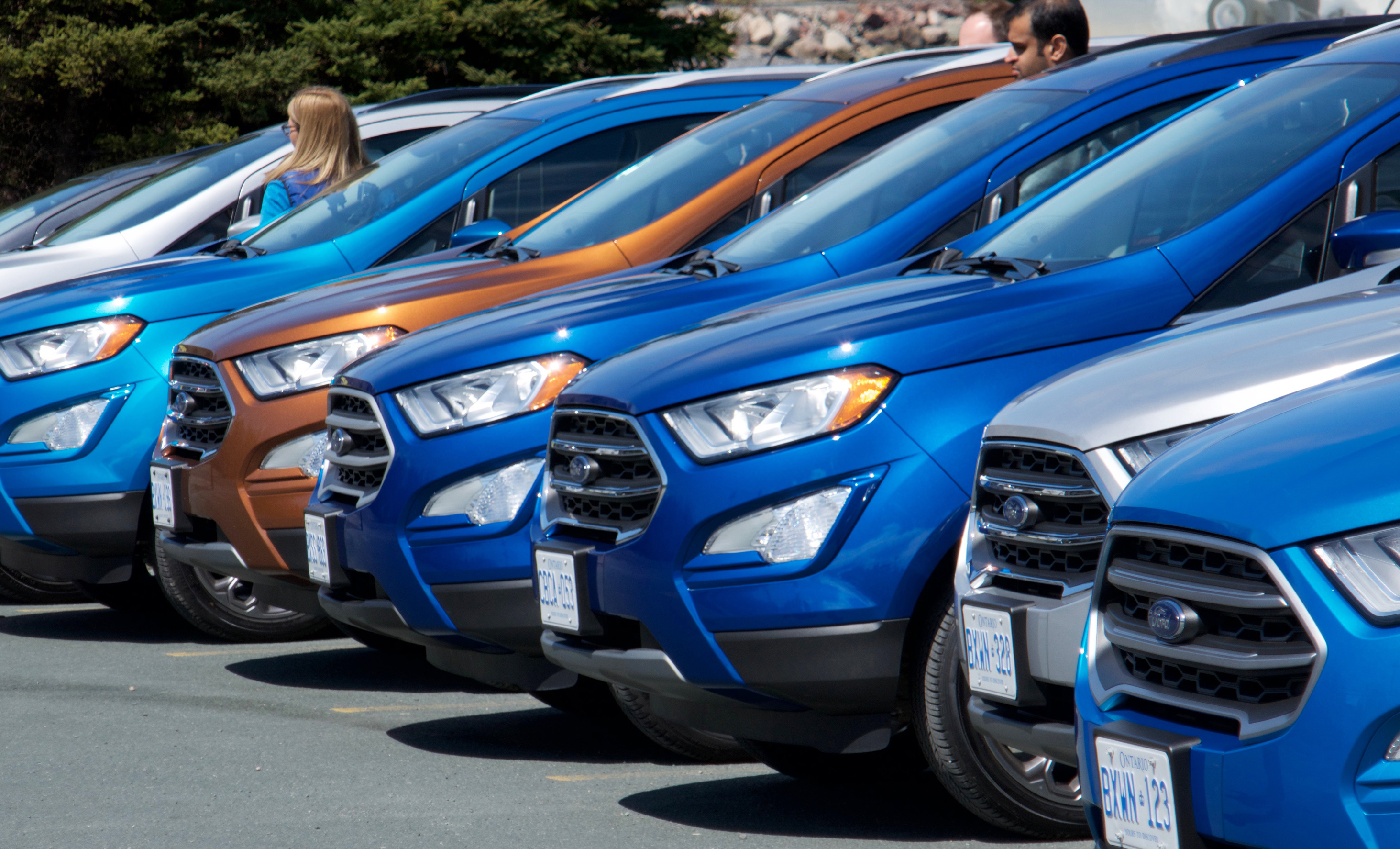 It’s a capable little mill, slightly anemic in performance but I have to keep reminding myself that the only lapping most customers do consists of circling the parking lot, looking for a spot closest to the store.

Power, what there is of it, is translated via a six-speed SelectShift automatic transmission and front-wheel-drive. Fuel economy is rated at an unimpressive 8.6/8.1L/100km (city/hwy) although the EcoBoost turbo does allow for regular octane gas. Our first tester showed a historical 8.4L/100km (comb) average for the 1,500 km on its trip meter.

Granted, it still won’t exactly put you in a whiplash collar, but there is more available chutzpah for highway passing maneuvers, even enough oomph to allow for a bump up to a 907 kg (2,000 lb) trailer tow rating. The 2.0-litre engine, packaged with a variation of the six-speed automatic, also comes with Ford’s Intelligent all-wheel-drive system. 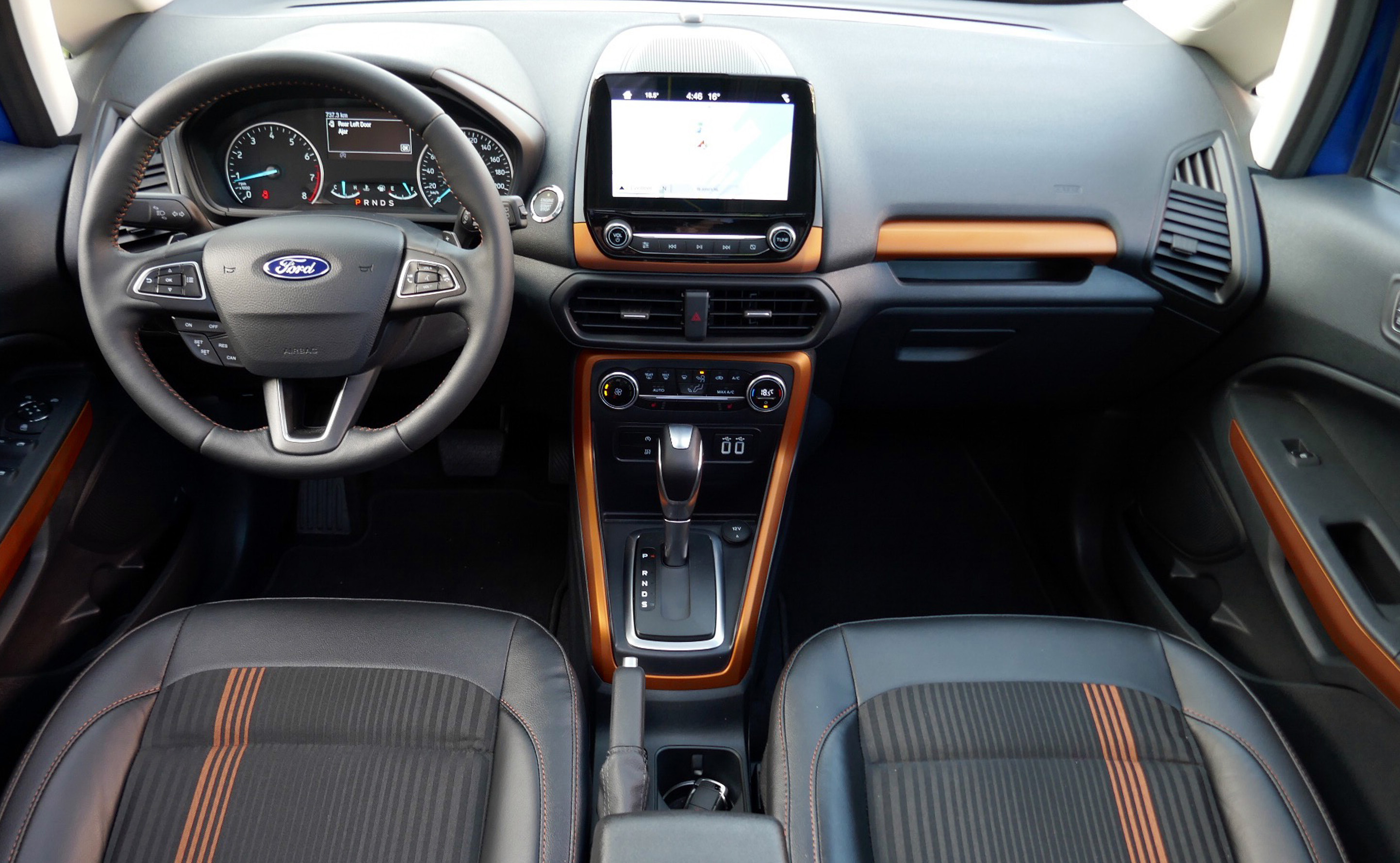 This upgraded powertrain comes standard in the sport-oriented SES trim and is available as an option ($2,500) in S, SE and Titanium models. Fuel economy with this combo is rated at 10.2/8.0L/100km (city/hwy).

Both engines come with Auto Start-Stop but the 2.0-litre is definitely a more satisfying choice if you can swallow the extra cost. And the added security of its included all-wheel-drive system seems a natural fit for our Canadian climate.

Ride and handling seemed surprisingly competent during our test runs.

I expected more pitch, yaw and body roll from the short-wheelbase, taller-than-a-car architecture but the EcoSport felt composed and capable on the road, cutting corners nicely and handling the bumps, if a little buzzy and econobox-noisy in its demeanor.

The cabin is comfortable up front with high-positioned, upright seating. Second row access and accommodation is do-able with a little compromise from front passengers.

The EcoSport also boasts a variety of 30 storage pockets, bins, nooks and hooks for passengers and gear. And rear seat bottoms can flip forward to allow the second row seat back to flop flat, opening up the normal 592 litres of cargo room to a maximized 1,419 litres of luggage room. 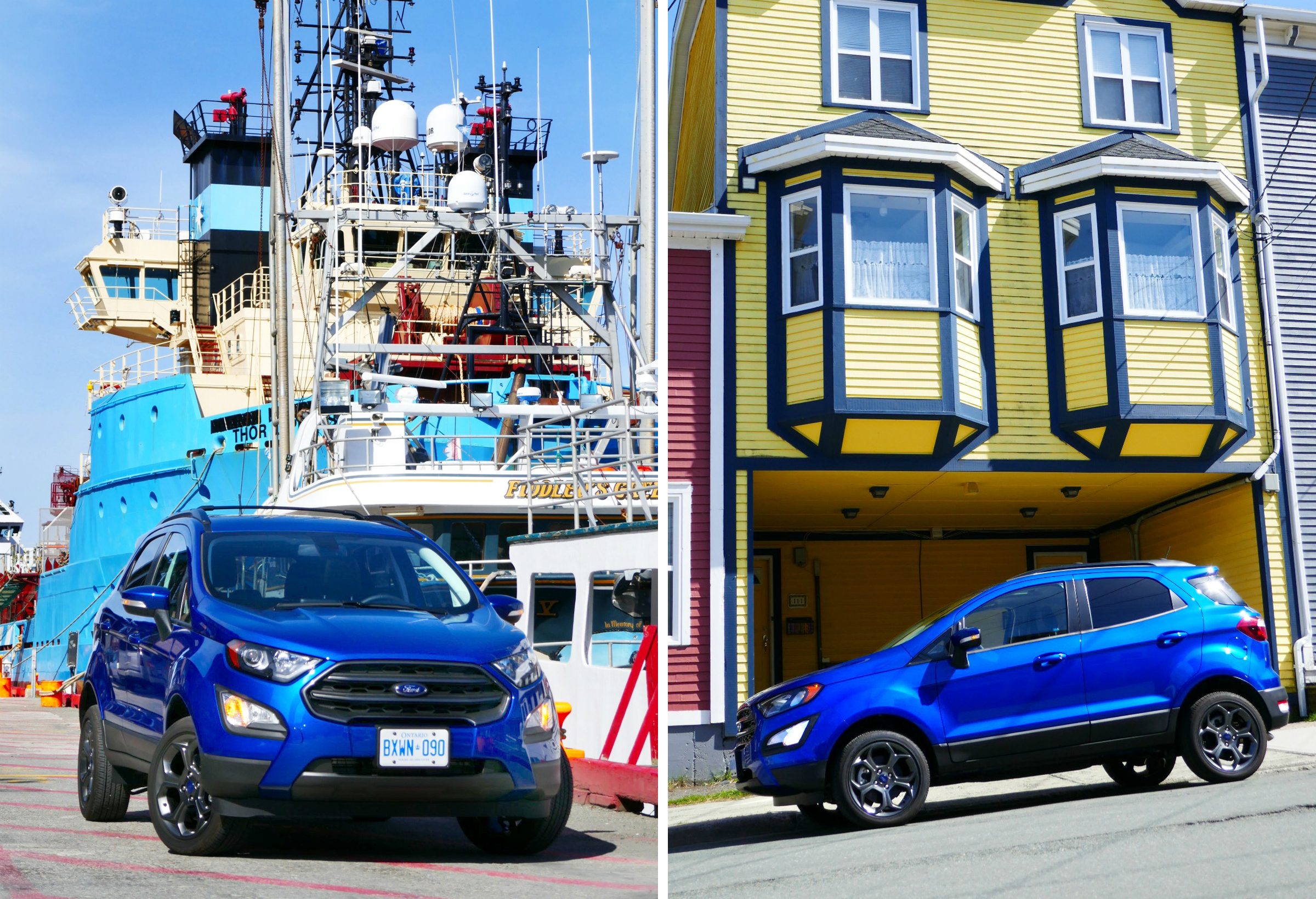 And that cargo space is accessed through a sideways-opening swing gate, rather than the usual hatchback lift gate. This saves on head-bonking for taller drivers of this smallish sport ute. But it will also demand some parking planning.

The door can’t swing fully open with any vehicle, wall or object positioned close to its rear. It’s something to think about before you pull into that open slot.

The 2018 Ford EcoSport is available at Canadian dealers now. 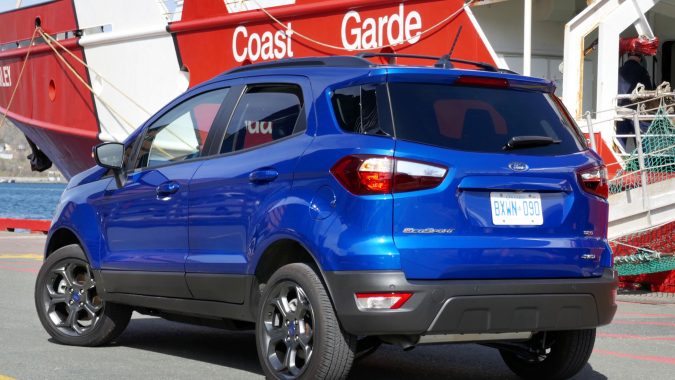 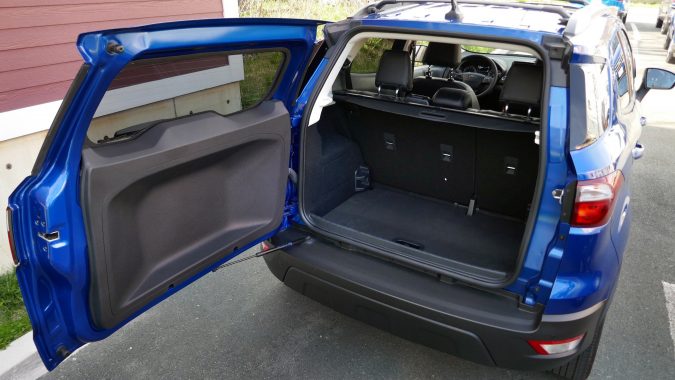 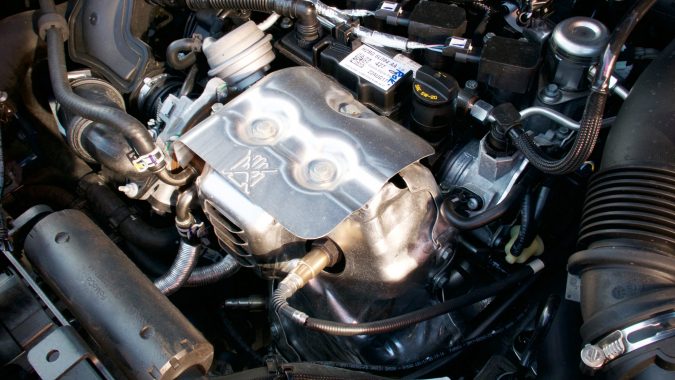 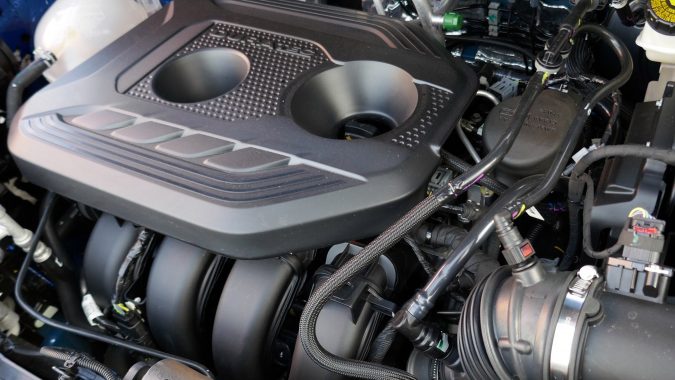 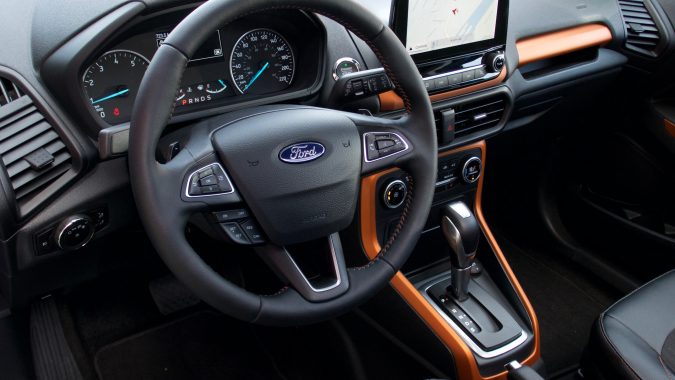