Explorer has Morphed Far from its Beginnings

The 2017 Ford Explorer is a now a full-sized SUV and is now built on a unibody platform making it more akin to a smooth running minivan than the old rough and ready truck.

The Explorer has come a long way from its beginnings way back in 1990.

Originally built on the same body-on-frame platform as the Ford Ranger it was smaller, rougher, but for it’s time, perfectly capable for a rough and tumble truck.

Moving forward to the fifth generation 2017 model and things couldn’t be more different.

The Explorer is a now a full sized SUV and is now built on a unibody platform making it more akin to a smooth running minivan than the old rough and ready truck. 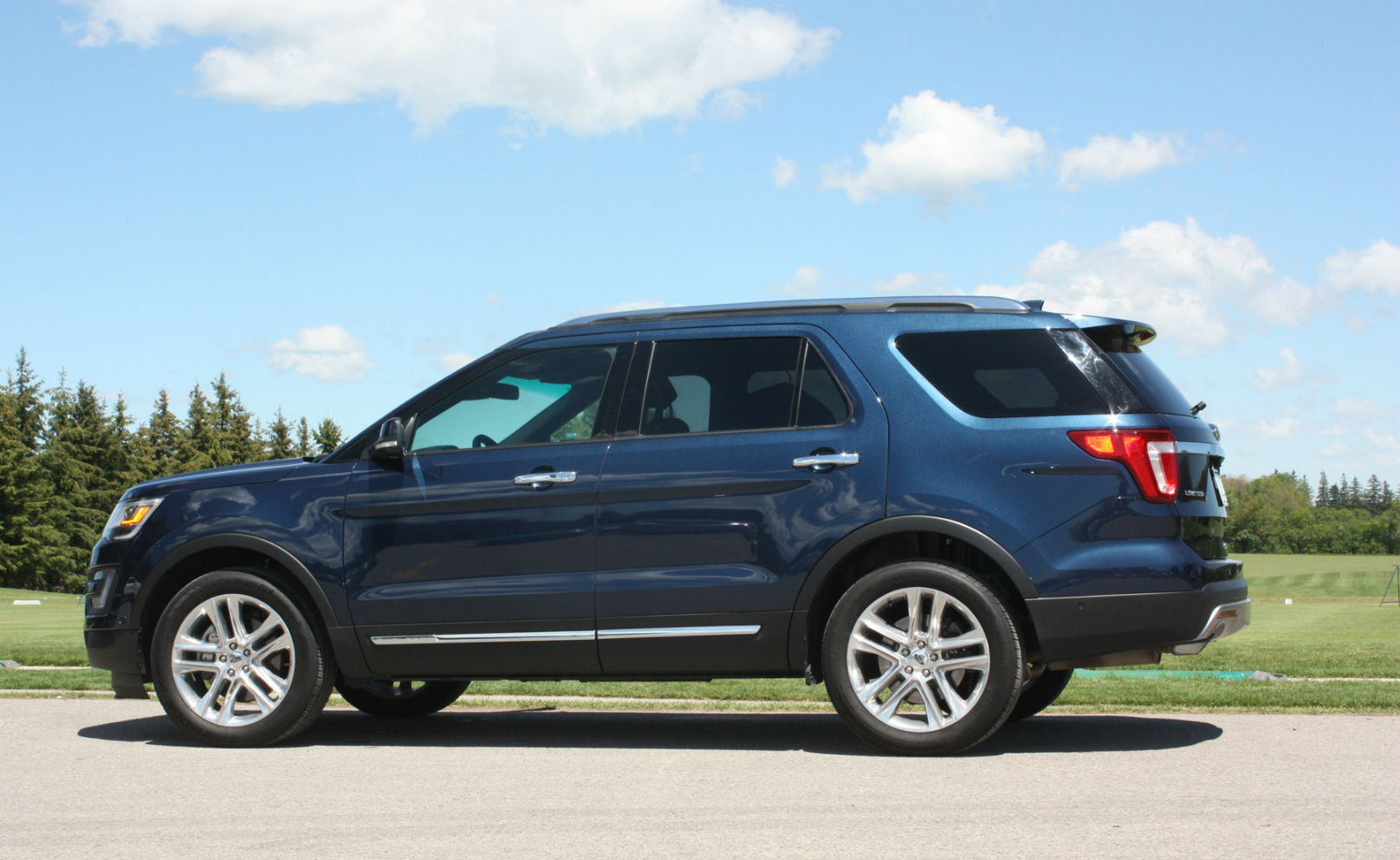 Even with the smoothing out of the Explorer, Ford is still marketing it as an SUV rather than a crossover.

The Explorer Limited I was driving came with the optional 2.3-litre inline four-cylinder EcoBoost engine ($1,000) that pumps out a respectful 280 hp and 310 lb/ft of torque. This is matched nicely to a six-speed Selectshift automatic transmission with the intelligent 4WD system.

Externally there is still a resemblance to the Land Rover Discovery, especially the floating roof at the back. The roof rack now comes as standard and this one came with the optional twin panel moon roof ($1,750). The $650 20-inch aluminum wheels also help enhance the exterior appearance.

Internally the Explorer has more than enough room for seven passengers – although the third row is far more suited to kids. 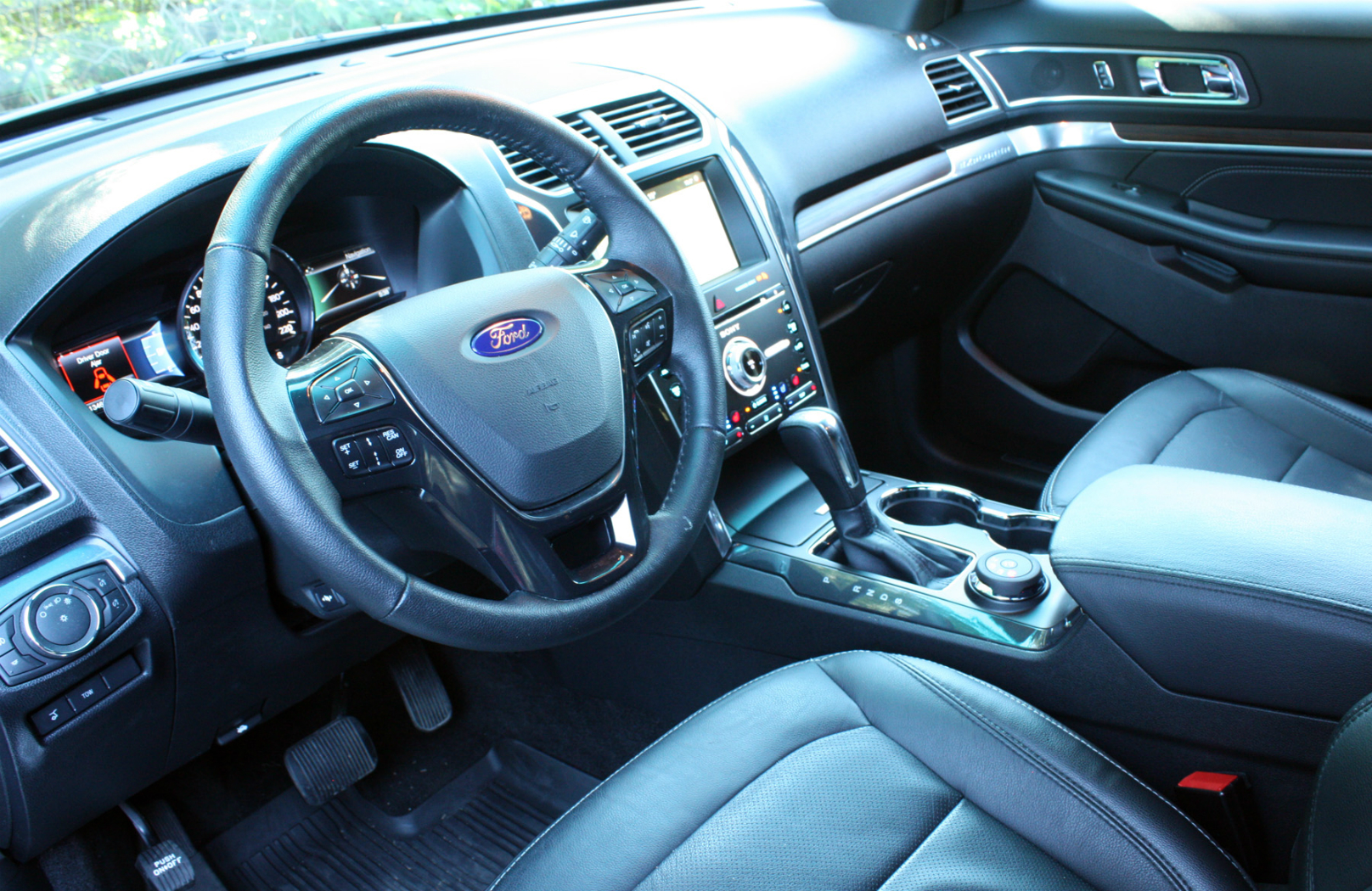 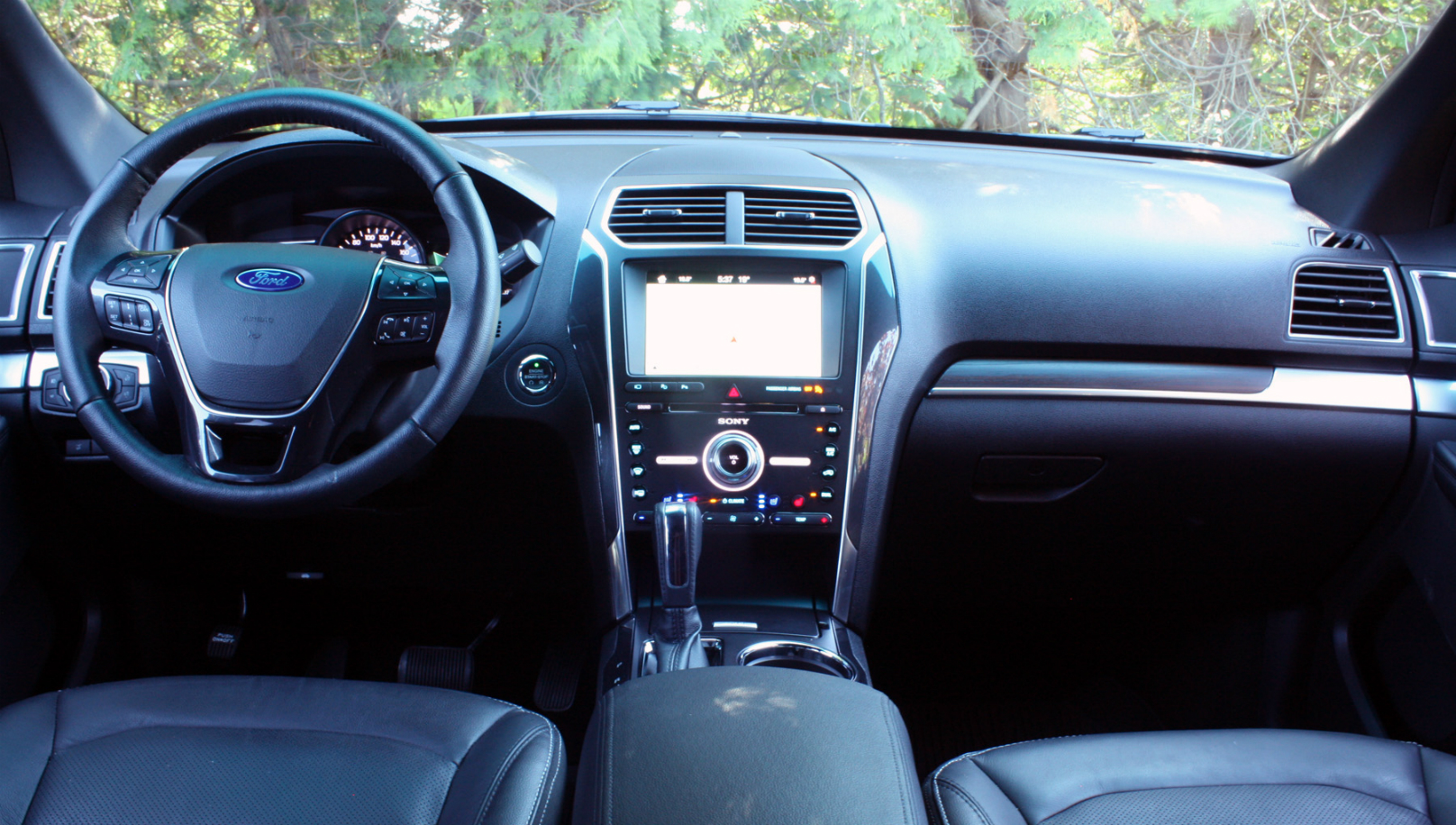 The fit and finish is way better than I had anticipated with the black leather seating on all three rows giving it that extra luxury touch. The Limited also includes dual-zone automatic climate control, power tilt-and-telescope steering wheel, power pedal adjustment, a Sony 12-speaker sound system and Ford’s Sync 3.

The dash is logically set out with most of the controls being mounted onto what has become a busy steering wheel. The centrally mounted eight-inch touch screen controls the infotainment system or it can be voice controlled eliminating the need to remove your hands from the steering wheel.

The drivers and passenger seats are comfortable offering enough support for long drives and are both heated and cooled.

There is oodles of room in the second row with the third being pretty tight in the legroom dept.

When you start folding the seats the Explorer comes into its own – from a cargo space of just 595 litres with all seats up it expands to a colossal 2,314 litres with all the seats folded giving it pickup truck like capacity.

The rear visibility is easily countered by proper side mirror placement but the thickness of the A-pillars up front can make it easy to miss a cyclist or obstacle at the side of the road.

Acceleration is smooth and nimble for a big vehicle and doesn’t over work the smaller EcoBoost engine. Add a few passengers or a bit of weight to the Explorer and the engine makes a little bit more noise but still takes it in it stride. 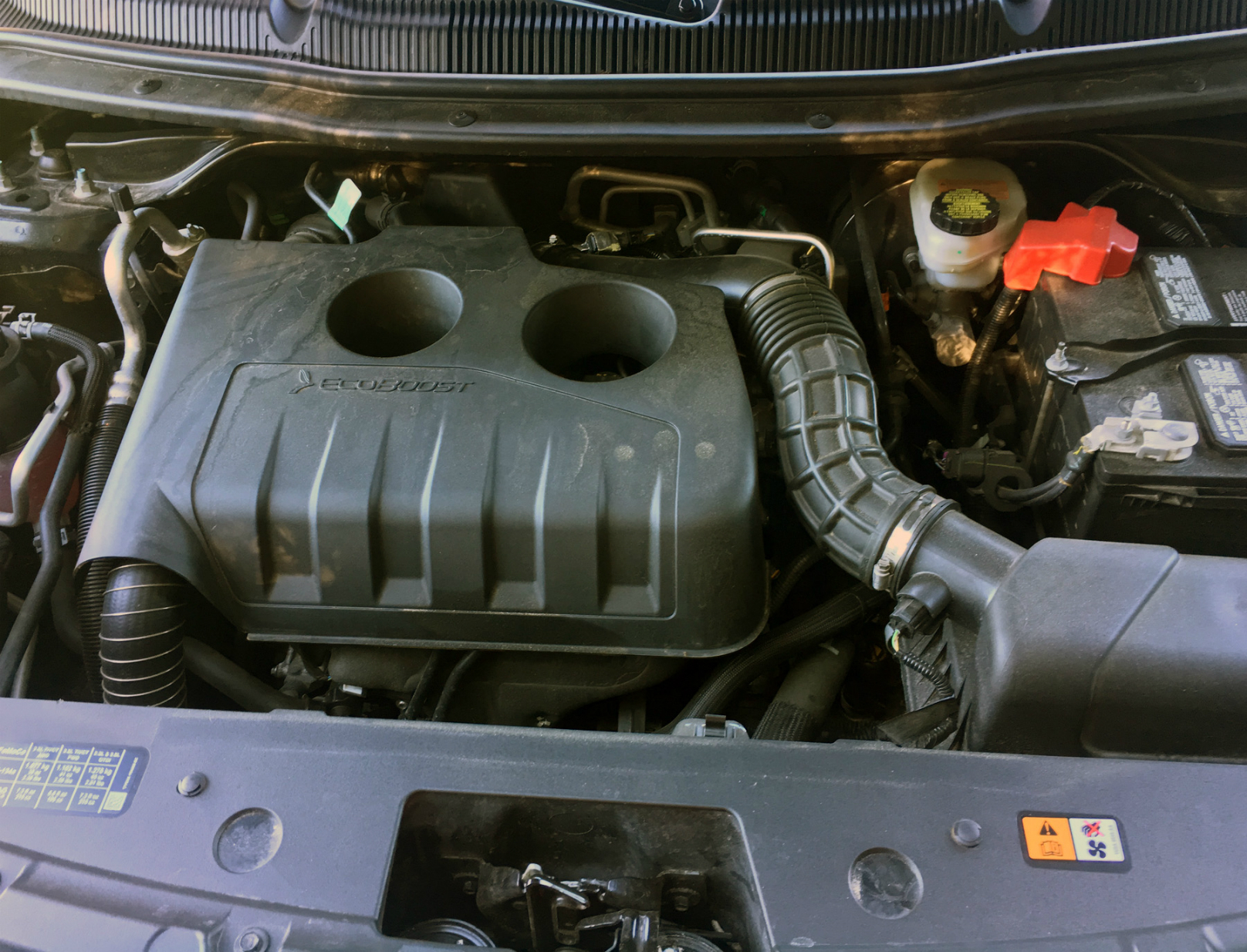 The same goes for rapid acceleration, the engine noise does increase but it doesn’t seem to hamper performance especially with the 4WD system kicking in to eliminate any wheel spin. Gearshifts tend to be early to in favour of fuel economy.

The softer suspension makes any long drive more comfortable with the Explorer floating over the rougher roads.

Going into corners at speed does encourage some body roll, but no more than you would expect from a vehicle that sits fairly high.

Just in case you are tempted to push it that little bit too hard the Explorer comes with Curve Control as part of the stability control system; it constrains the throttle and applies the brakes to help maintain control when you enter a corner too fast. 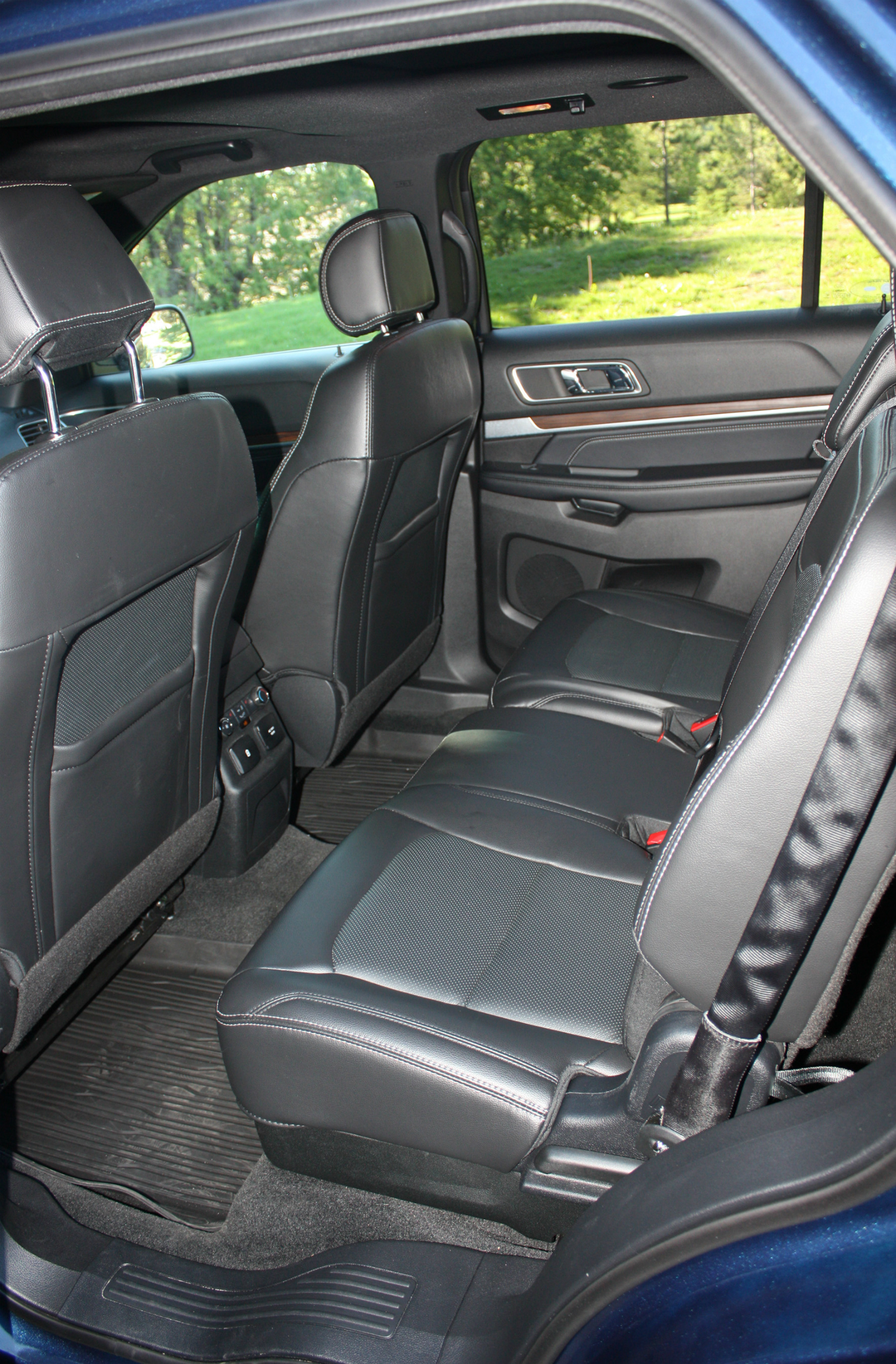 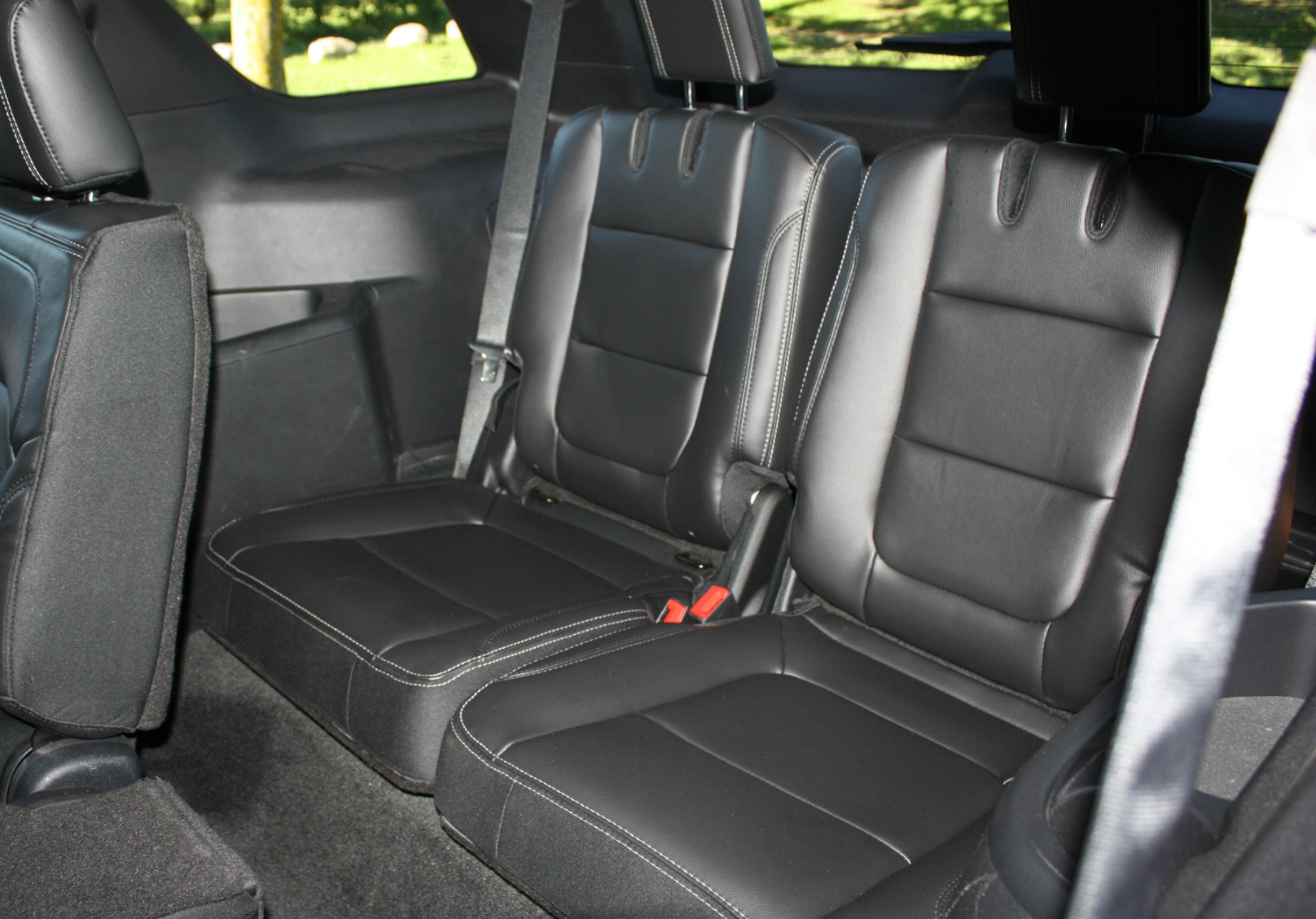 According to Ford, this can take as much as 16 km/h off in one second if needed.

The Intelligent 4WD system, under normal conditions, pushes the power to the front wheels, but when slippage is detected it will automatically split the power between front and rear wheels.

This is further enhanced by Ford’s Terrain Management system, which offers Normal, Snow, Sand and Mud/Rut modes. Each is designed to get the best out of the available traction in a number of off and on-road surfaces. The Explorer lacks a low-range gearing thus hindering any really heavy off-road driving.

The Explorer has morphed into a sophisticated and comfortable vehicle far from its rough and ready beginnings.

The fit, finish and general feel of the vehicle was way above what I was expecting, handling for a 7-seater was good and had an abundance of space with the seats folded.

If you like getting off the beaten track and a minivan just doesn’t cut it, this is definitely an option.