Does a Chevrolet Chevelle SS Live Up to the Legend?

A 1971 Chevelle SS with a big block V8 is the stuff of myths and movies—but does it live up to the legend?

If you grew up around classic muscle cars, then you grew up hearing a lot of urban legends. Mostly about underrated horsepower.

Baby boomers and Gen Xers bought into these muscle car myths like a cult. For boomers, it’s easy to see why they would want to reminisce about the great automotive performers of their youth. For Gen Xers, so many of them grew up in a performance vacuum. For over a decade, it was difficult to buy a new car which made over 200 horsepower. So if you were a teen from the mid-70s all the way up to late 80s, you wouldn’t have really seen anything to rival the myth of pre-gas crisis muscle cars.

Still, car enthusiasts from older generations can be stubborn creatures. Unwavering in their assertion that dead technology is the best technology.

Say what you will about millennials and Gen Z, but they have no illusions about their heroes. And they’re much, much more willing to accept that as the years roll on, cars are only getting better.

Sure, we may drool and get all nostalgic over a Nissan Skyline or Toyota Supra from the 90s—the same way a boomer or Gen Xer would for a classic muscle car. But it’s because we know that those cars can live up to their reputation. They have to. Lest they be skewered in the YouTube comment section.

Your average classic Camaro or Mustang, though? Sorry Cruise Night goers, but they’re usually all bark and no bite. 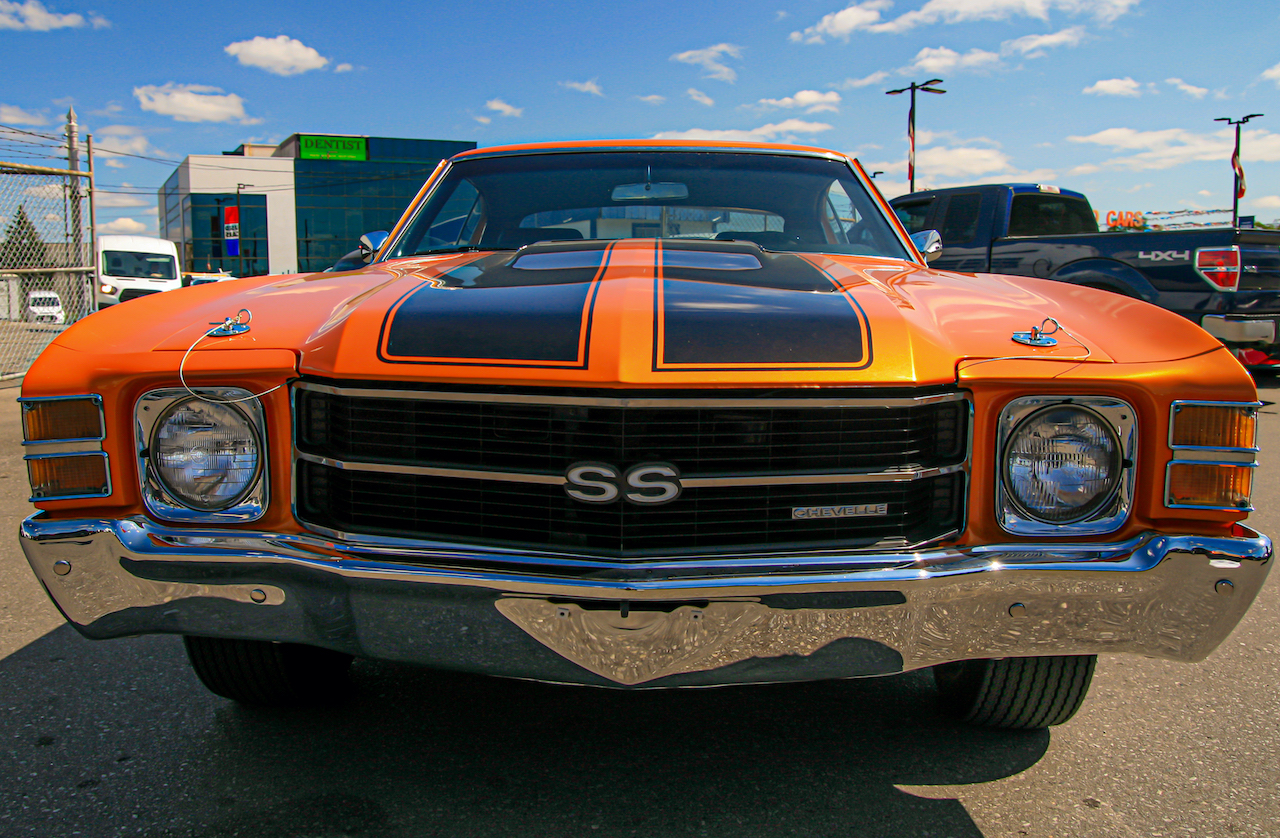 Perhaps one of the most mythologized muscle cars, outside of anything wearing a Cobra or HEMI badge, is a big block, late model Chevrolet Chevelle SS. Like this one.

Nobody’s dad doesn’t like a 396-powered 1971 Chevelle SS. They were told their entire life that this was a member of muscle car royalty and one of the fastest cars ever. Period.

And to be fair, it’s not as if the Chevelle hasn’t had its fair share of influence on younger generations. Movies like Fast and Furious, John Wick, Drive, and Faster have helped keep the legend of the Chevelle SS alive.

Hell even comedies like Dazed and Confused and Talladega Nights will make you believe in the Chevelle SS as performance legend.

If I’m honest, between the influence of my elders and pop culture, I too had bought into the legend of a Chevelle SS. It’s unquestionably been one of my dream cars since before I could drive. 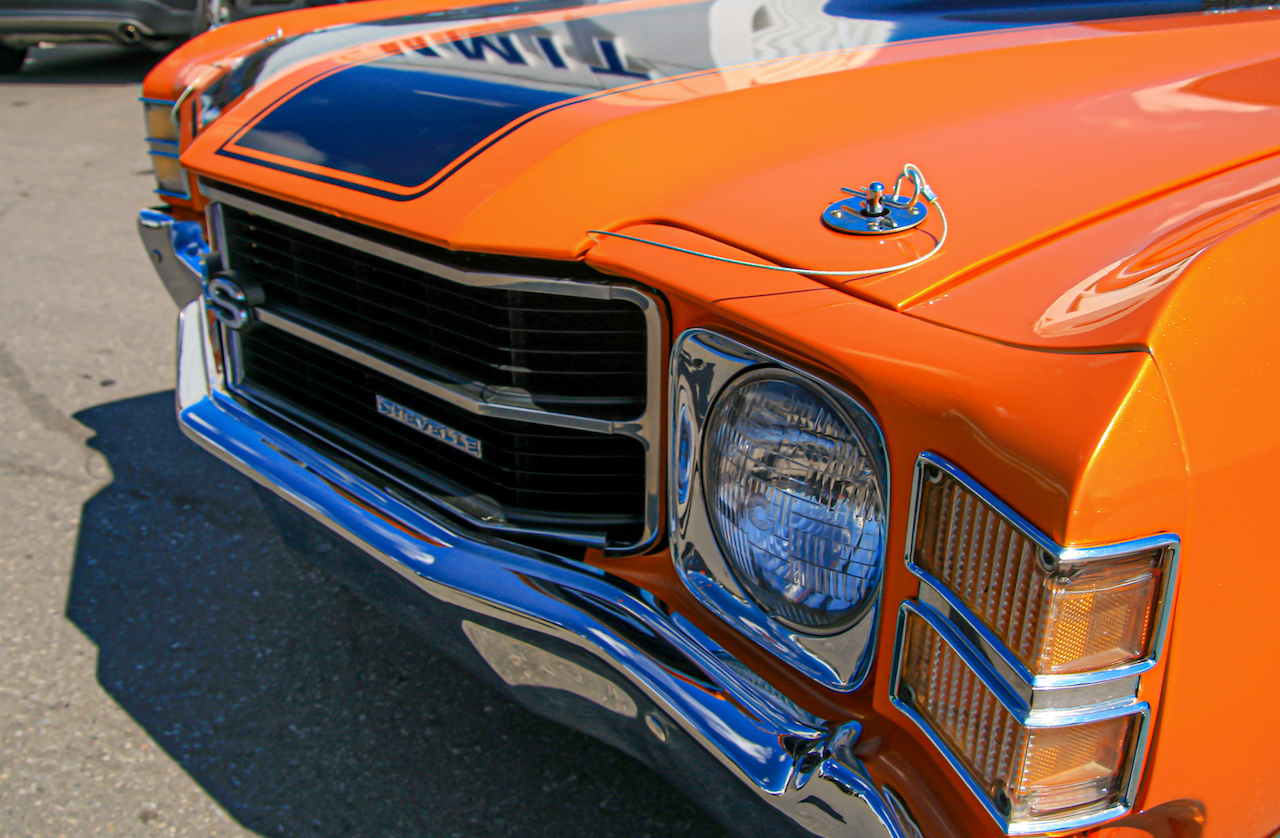 So when Scott Vickers at Summit Ford, the gentlemen who owns this 1970 Boss 302  and this amazing muscle car garage let me know that he would soon be adding a 1971 Chevelle SS to his collection, I jumped at the opportunity to check it out.

It was originally assembled in Oshawa, Ontario, and was delivered to the dealer with all the trim and accessories you would have expected to find on an SS-optioned car.

Since then, the car has undergone a fully documented restoration (and even comes with a binder full of purchase records, the original owner’s manual and restoration photos, should you consider purchasing the car).

There are a few choices, however, in this car’s restoration that feel very generation specific. I wouldn’t go so far as to call them “tasteless”. They’re more so just dated. Things which exist only for the crowd at Good Guys car shows. Things which you hopefully wouldn’t catch anyone under 35 doing to their car.

What do I mean? Take the paint. The orange is striking and a colour combo you don’t often see on Chevelles. However, it’s a 3-stage metallic fade. Which is impressive from a technical standpoint, but just looks and feels like some old-school hot rod BS. It’s something Chip Foose fans would think is cool. 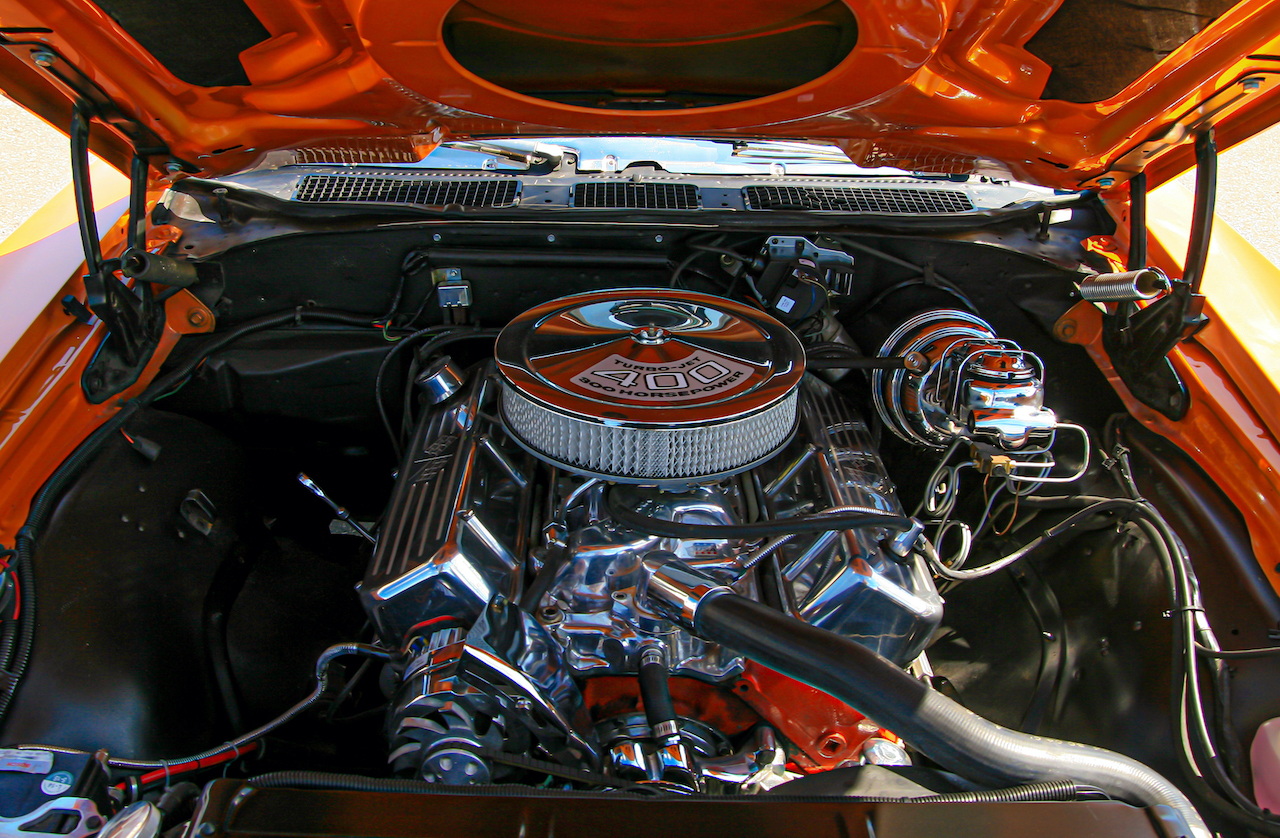 This old-school mentality continues to the trim under the hood, which is festooned in chrome. Again, something only for the Cruise Night crowd. The interior also has two tachometers. For some reason.

Anyway, one could (and I would) argue that none of that really matters because the body lines underneath all that paint are immaculate, and the engine being smothered by all that chrome is a fire-breathing 396 big block V8.

You don’t so much hear a big block Chevy motor as do you feel it. A 396 motor at idle is like someone playing a kick drum into the centre of your chest while putting your ear up against a bass amp with the reverb turned all the way up.

This car sounds like Death From Above 1979. Loud. Powerful. Terrifying. Fun. Lots of Bass. Lots of Reverb.

And really, I have to say, that’ the primary appeal of this car. It looks badass. It sounds badass. And it makes you feel like a badass.

Scott jokingly refers to this as his John Wick car. And I totally get it. 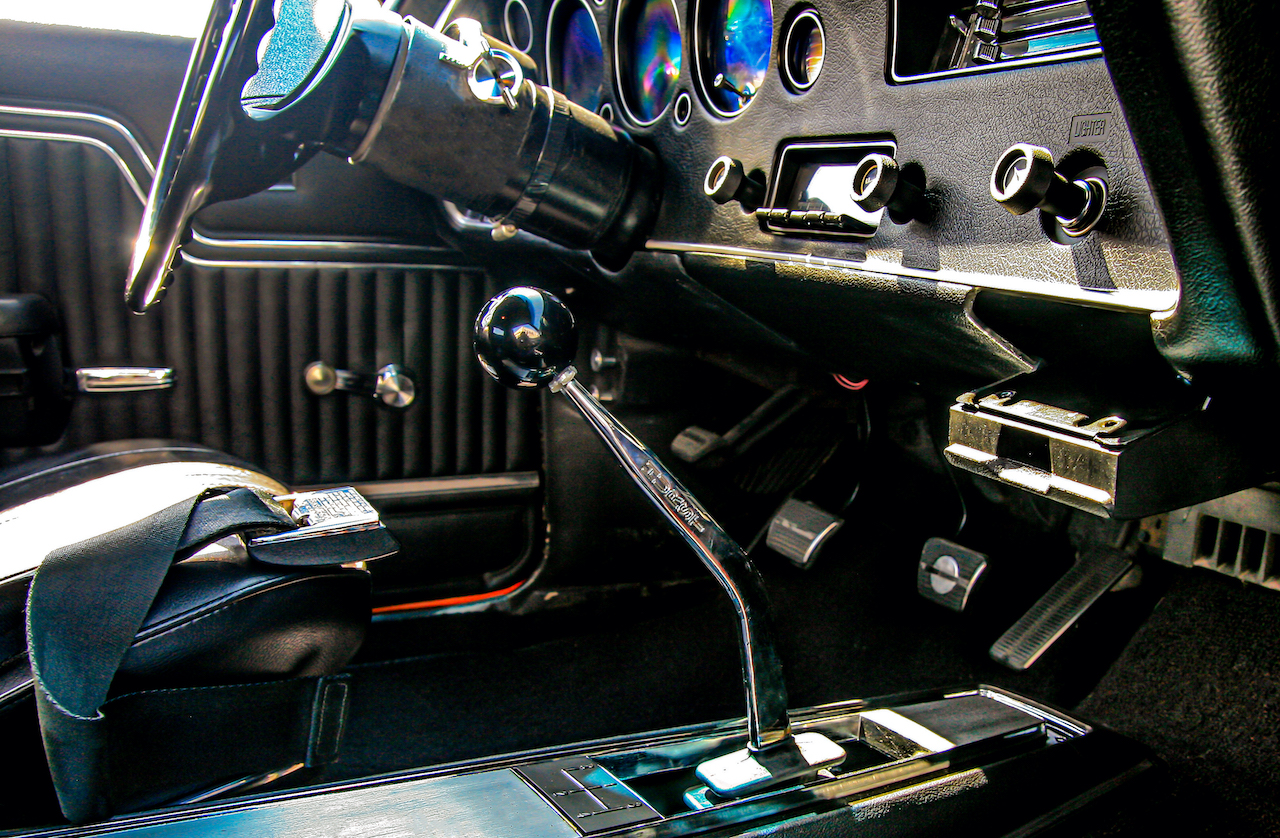 This car will absolutely win you over with its leather bucket seats, black hurst shifter, cowl induction hood scoop, and that beautiful smell of gasoline as you chirp the tires with every gear shift.

It’s really, really hard to not like this car.

Is it fast? It feels really fast. Jab the throttle and you’ll be hit by an explosion of noise. Your body will be inundated with many torques. You will cause much violence as you force rubber to meet pavement. But all that violence doesn’t necessarily translate to real speed. It’s no slouch. But I wouldn’t expect to win any drag races against, say, a modern Camaro SS.

The air cleaner claims “300 horsepower”, but I think there may be some truth to that’ underrated horsepower’ thing. My butt dyno says closer to 400 horsepower.

Does it stop? Kinda. Good enough for the street. Although you may make those old-school poligrip tires scream as much stopping the car as you do taking off.

Does it turn? There’s as much body roll as you would expect, but again, you’re not buying this car for a road course. The same way you wouldn’t run a marathon in a leather jacket. 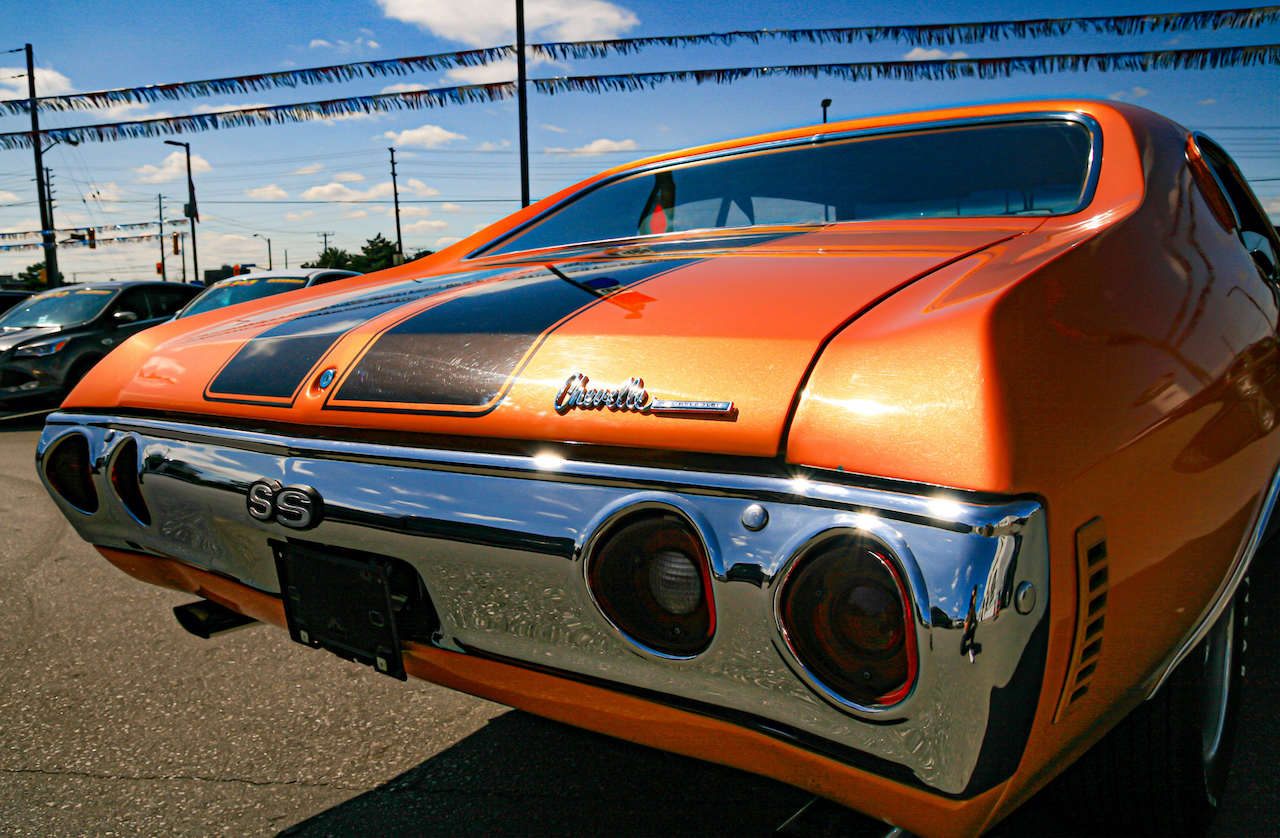 Do you have to raise your voice to have a conversation in the car? Not really. It’s surprisingly comfortable and the fit and finish is far beyond what you’d expect from an old American car. It’s easy to see why Chevrolet sold so many Malibus and Chevelles back in the day.

Is it fun? One million percent, yes. Beyond just feeling like an action hero behind the wheel, this car will make you grin ear to ear like a total idiot. It’s a complete laugh. And that’s about the highest praise a car can receive.

Currently, Summit has this car listed for sale for $47,500. Which makes it a serious consideration over a new Camaro SS, Challenger R/T, or Mustang GT.

If it were my money… I’d be seriously tempted. Sure, it may not be as fast as any of those cars on paper. Each of them would probably feed you your heart in a drag race. But I’ve driven each of those newer cars, I don’t know if any of them deliver the same kind of joy as this Chevelle. And I would definitely say that not one of them have the personality of this car.

Is it a performance legend for the ages? No. Sorry, dads.

But it is timelessly cool. And fun. And for that alone, it’s worthy of dream car status. 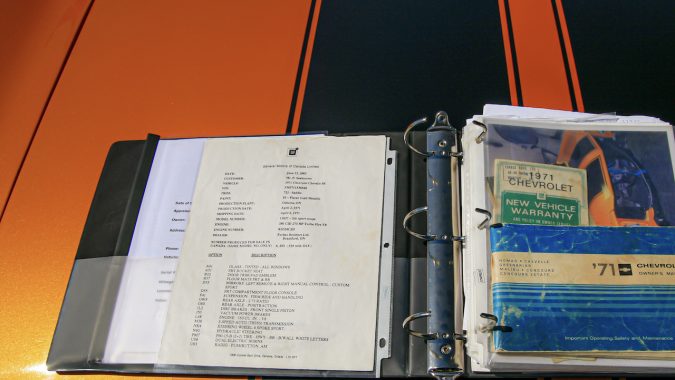 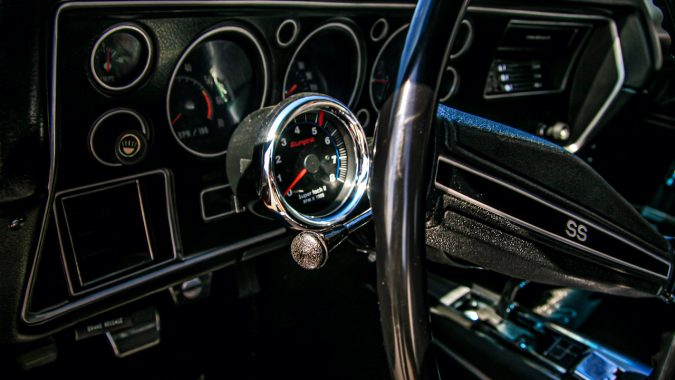 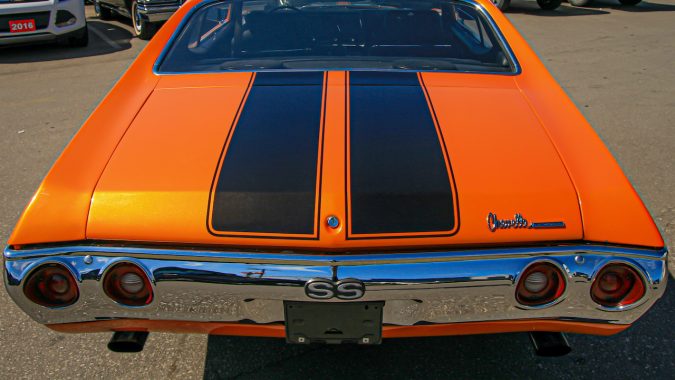 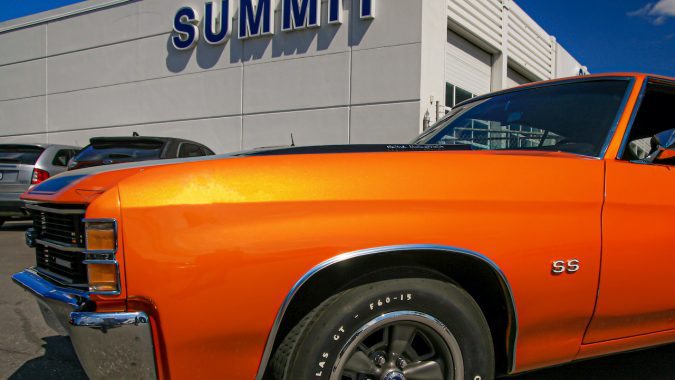 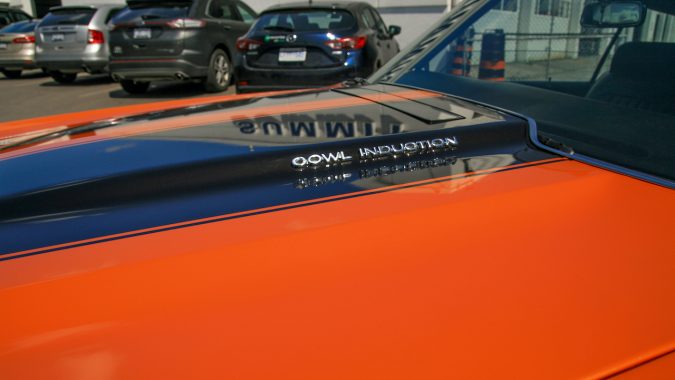 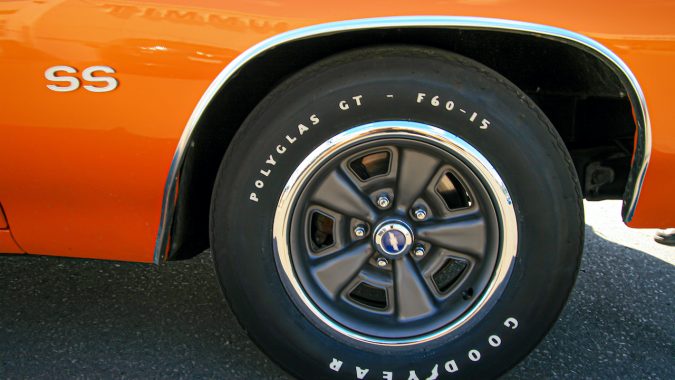 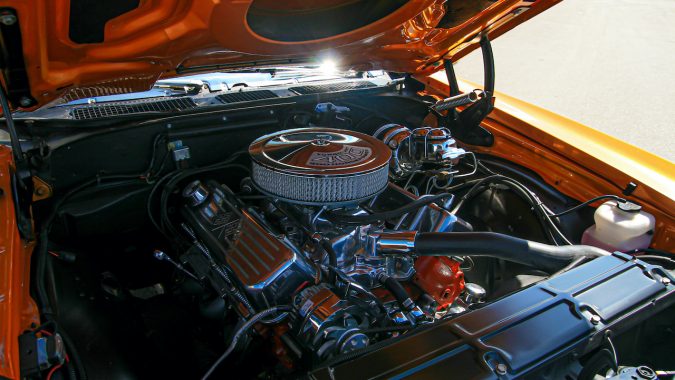 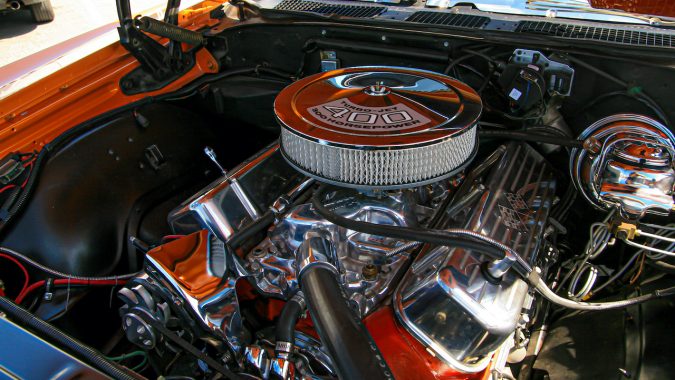 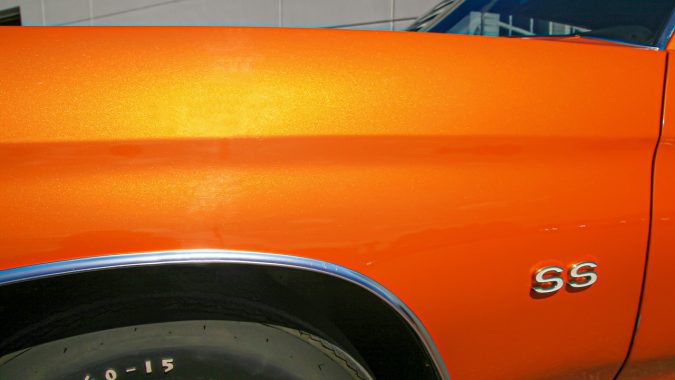