Discovery Proves itself both On and Off-Road

PAGE, Utah – Land Rover couldn’t have selected a better venue to introduce the all-new, fifth generation Discovery to the global media, than Utah and Arizona.

The spectacular scenery, challenging off-road trails and meandering mountain roads were a perfect fit for a vehicle that is renowned worldwide as the vehicle of choice for adventurers.

The 2017 Land Rover Discovery has gone through its biggest design change since it’s introduction over 26 years ago. Gone is the box-like body shape and a sophisticated more aerodynamic Discovery has emerged.

At first glance there are no recognisable design lines from the older generations, but the more you become accustomed to it, you do start to see design influences such as the slightly stepped roof and the offset positioning of the licence plate on the back. 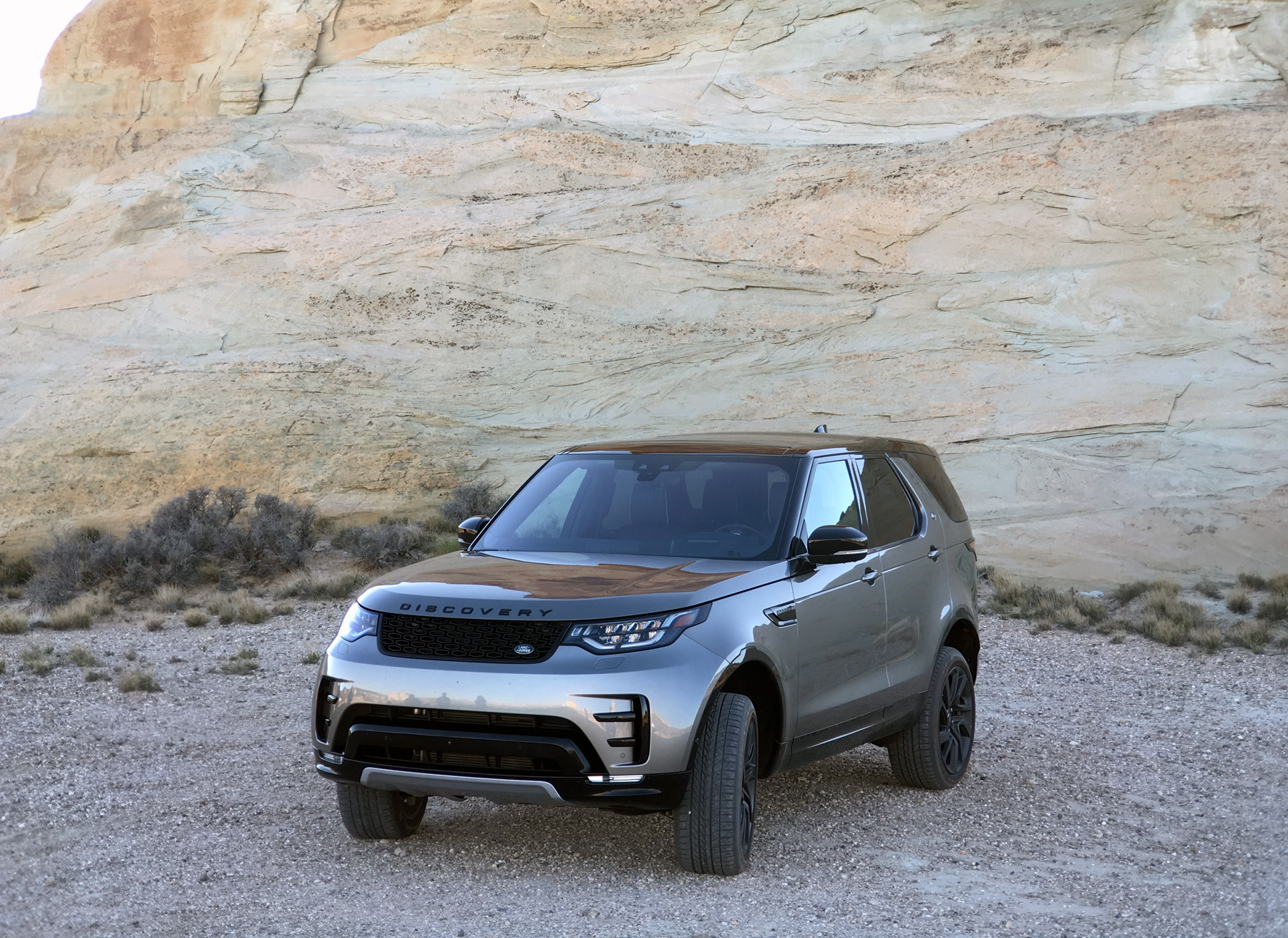 I got the chance to drive both the gasoline and diesel engines over the two days of testing.

Both are matched up to a super smooth eight speed automatic transmission with manual shift control. 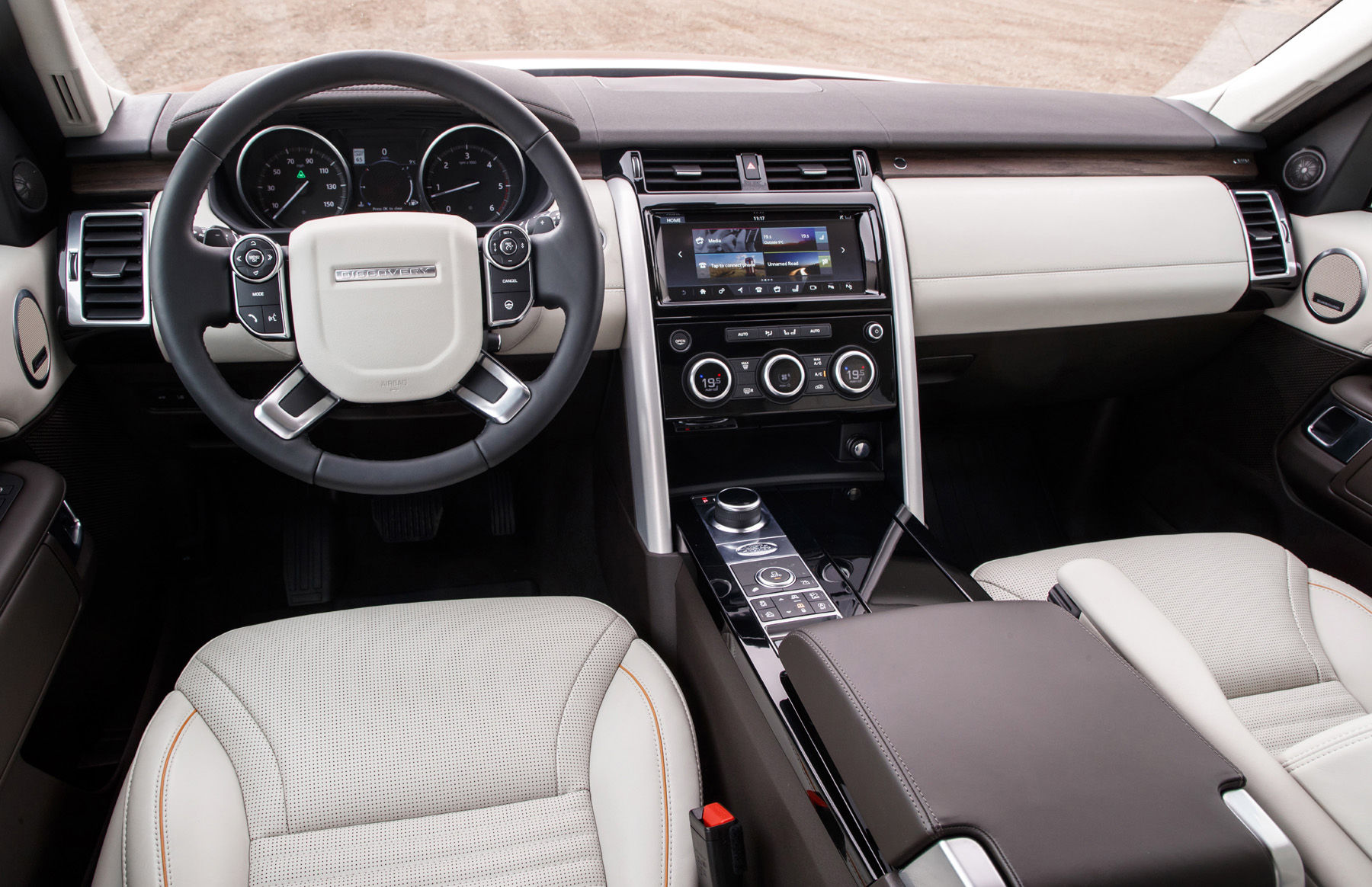 Both were equipped with the optional air suspension and the sophisticated, but very easy to operate, permanent four wheel drive system with the standard locking center differential and Terrain Response and included the optional locking rear differential.

The new Discovery is built on same aluminum monocoque framework as the Range Rover, which helps it drop over 370 kg from its LR4 predecessor.

The interior cabin is all you would expect from Land Rover.

The attention to detail is immediately noticeable especially with the high-quality materials and a dash design that is uncluttered and user friendly. This model included the 10-inch centrally located touchscreen that comes as part of the optionally available InControl Touch Pro infotainment system. 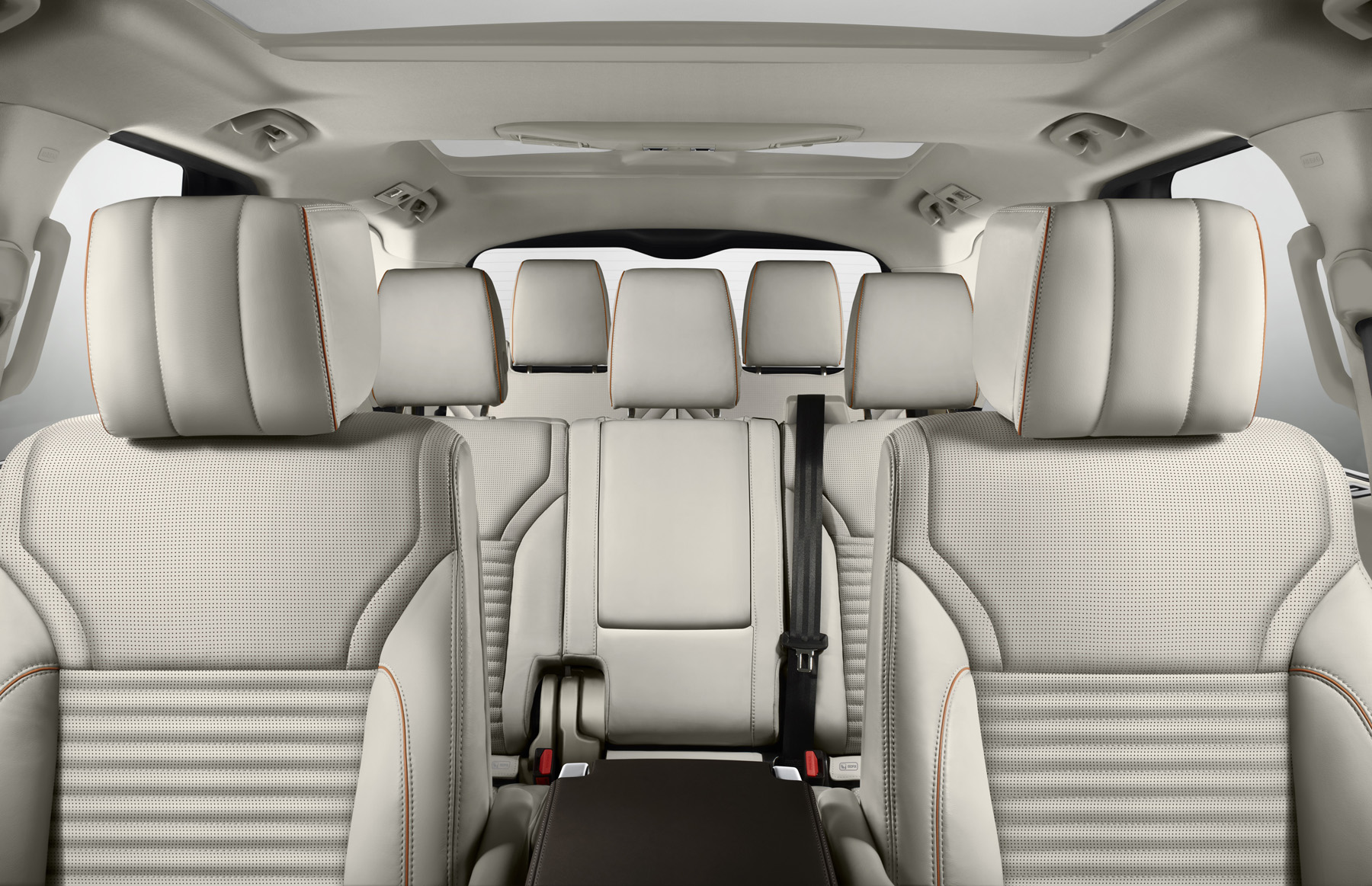 The Disco’s that I drove were equipped with the optional third row.  The seven seats can be configured in up to 21 different ways from several points within the vehicle as well as the smart phone app and can comfortably seat seven good-sized adults.

On the road the Discovery handles admirably, driving into the first couple of corners still brought body-roll anxiety, but this was quickly eliminated as it handled the corners with ease with no noticeable lean even when cornering hard.

Internally it is difficult to differentiate between the gas and diesel engines by sound. There is no noticeable diesel groan and very little wind noise. 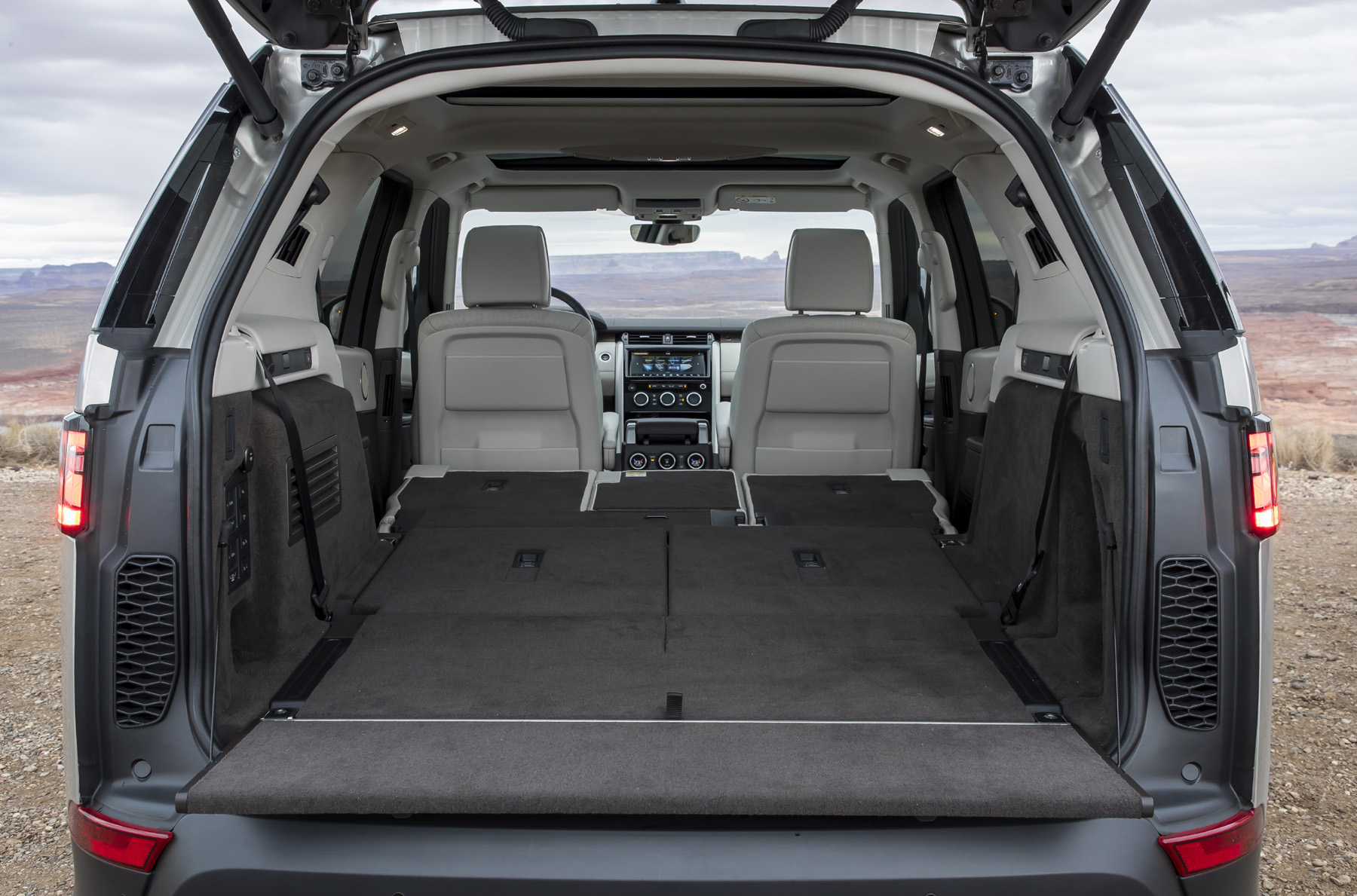 The steering is crisp and tracking is precise. Both engines handled up hill acceleration in their stride especially when reaching altitudes of over 7,000 feet.

I was given several opportunities to see if Discovery matched the off road prowess of its predecessors.

The Discovery I was driving came equipped with the multi-mode Terrain Response 2 system that optimizes a range of settings, from throttle sensitivity to gear change characteristics, suiting the driving conditions at the turn of a rotary controller. 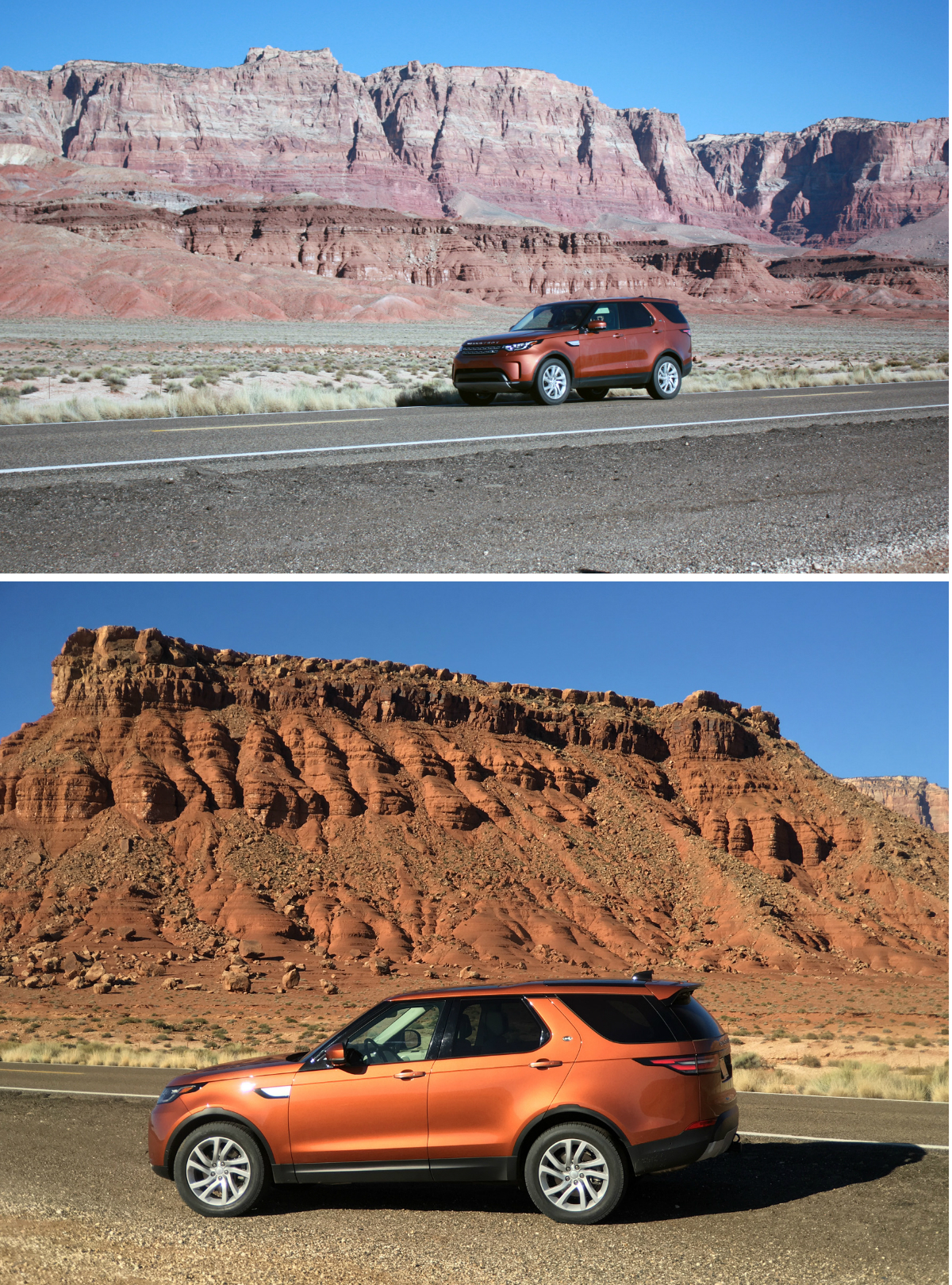 The Discovery handled the dry, dusty entrance tracks as if it was still on the road. As the dirt gave way to heavy sand we were instructed to change the off road settings which included lifting the body work and changing into low gear.

This is where the Discovery shakes off its shiny new coat and proves itself even more capable than its predecessors. The turn of a knob or the press of a button easily controls everything and what is interesting is that you can view exactly what the four-wheel drive system is doing on the 10-inch screen. You can monitor where your wheels are and in what position your differentials are at in real time.

When the going gets particularly tight and technical you can change the screen over to cameras so that you can monitor everything that is happening up front as well as the exact positioning of your wheels. This was essential when I was trying some really steep and tight rock climbs. At one point the Discovery was leaning at a 28-degree angle with the passenger side front wheel at least two feet off the ground.

At this point the instructor halted me and proceeded to open a number of doors demonstrating the rigidity of the new framework, there was no issues opening and especially closing any of them – this was impressive!

On and off-road the new Discovery has proved its self to be even better then previous models, but with better looks. To be honest with this new standard from Land Rover, the lines are now being blurred from where Land Rover ends and Range Rover begins.

The Discovery will be available in Canada from May.

You May Also Like: Driving way off-road at the Canadian Land Rover Experience 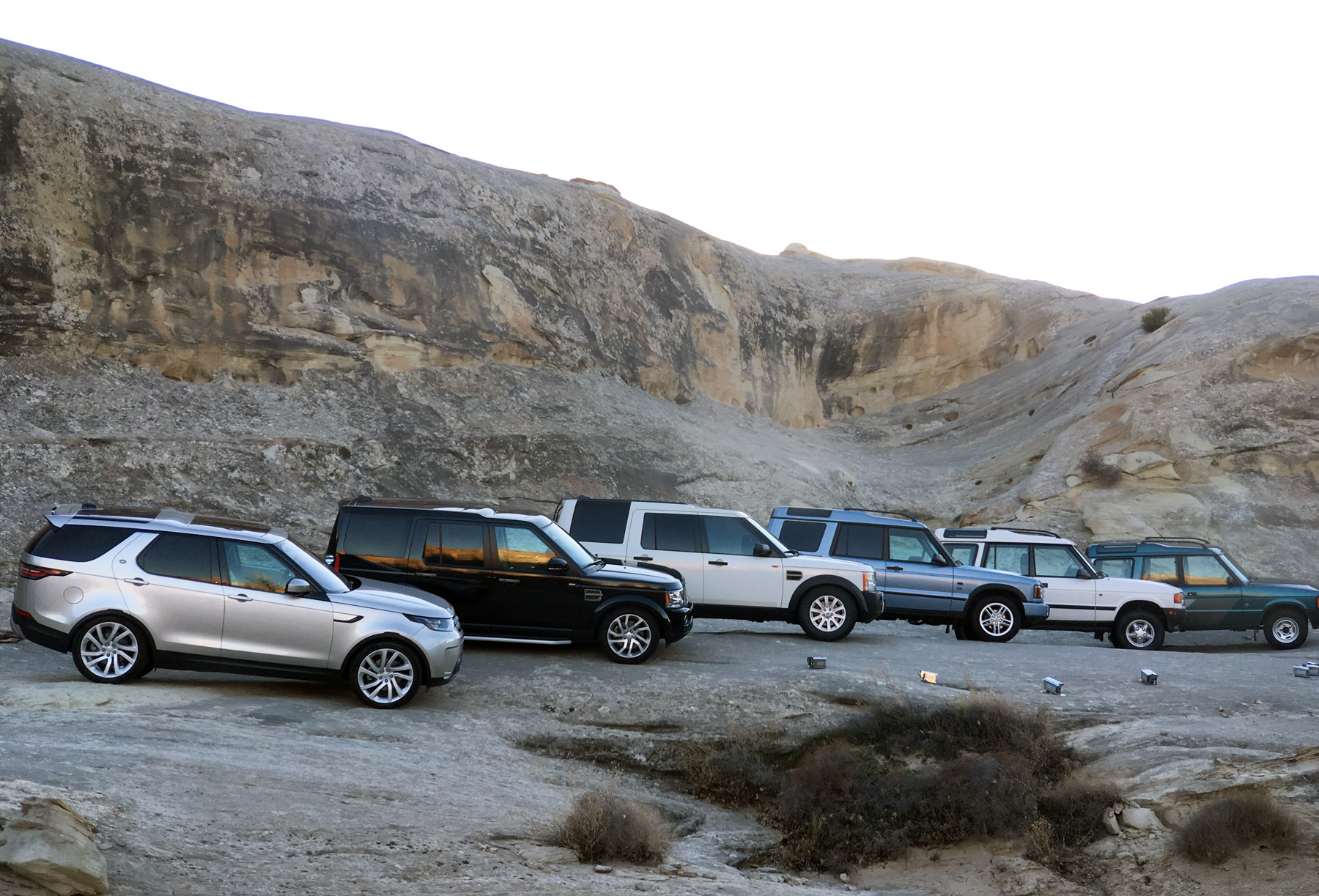