The 2017 Versa Note sub-compact hatchback as tested here comes in two flavours and in two new colours introduced this year - SL trim with CVT transmission and in Cocoa Ember and SV trim with a five-speed manual, wrapped in Monarch Orange.

“What do you think of this colour for our next car?” I asked my wife.

The look of incredulity from the passenger seat did not bode well.

“What is it, butterscotch or something?” Mary asked.

I liked it a lot.

The ever-changing play of light and shadow along the burnt orange edges, the shifting tones of the sometimes coppery flanks of this Nissan Versa Note SV, made it stand out from the common Canadian herd of silver and grey, monotone machines. 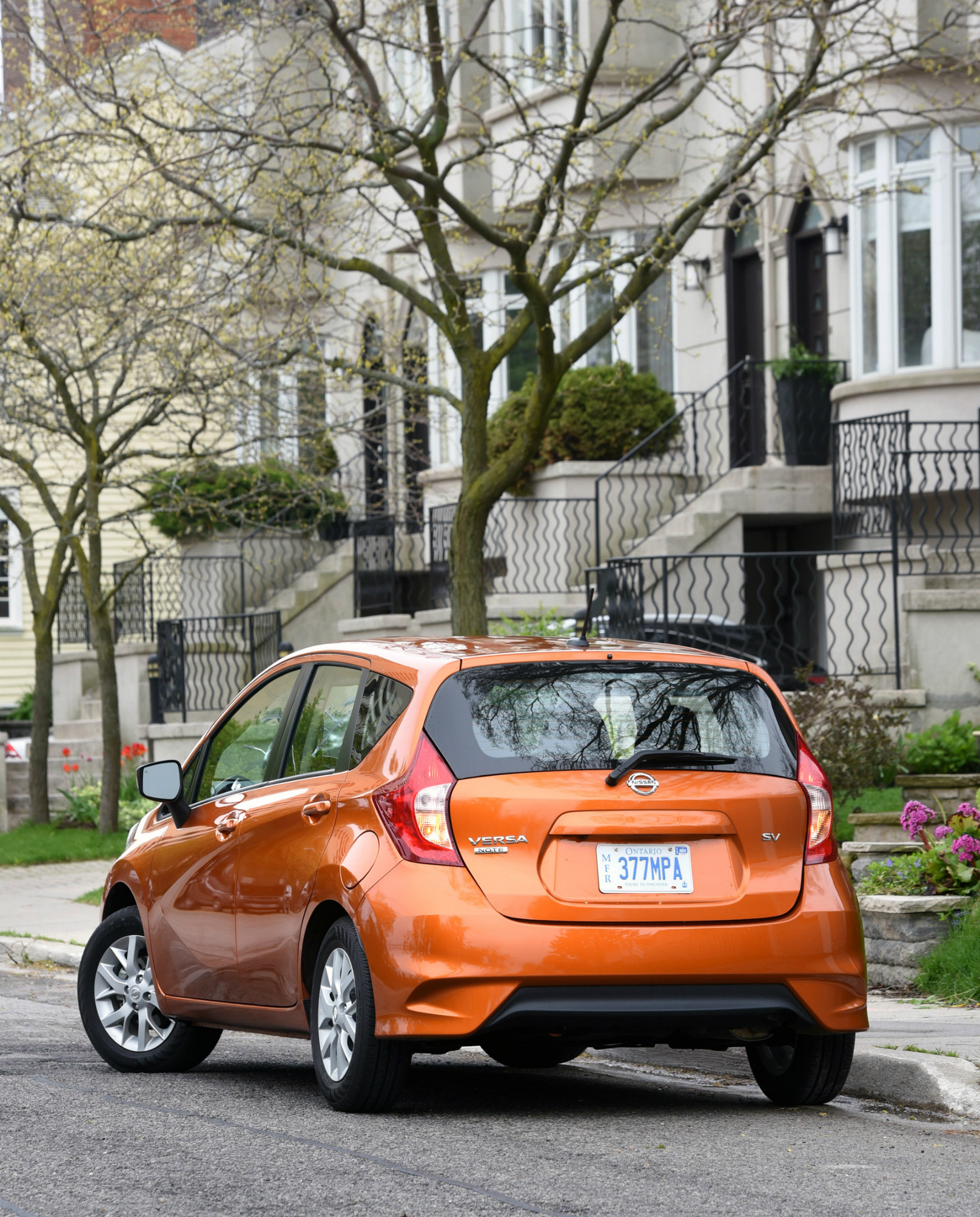 But, you have to choose your battles.

Just as well that I didn’t bring up this car’s poopy-brown predecessor, an oddly coloured SL model that probably would have gone over like the proverbial turd in a punch bowl. 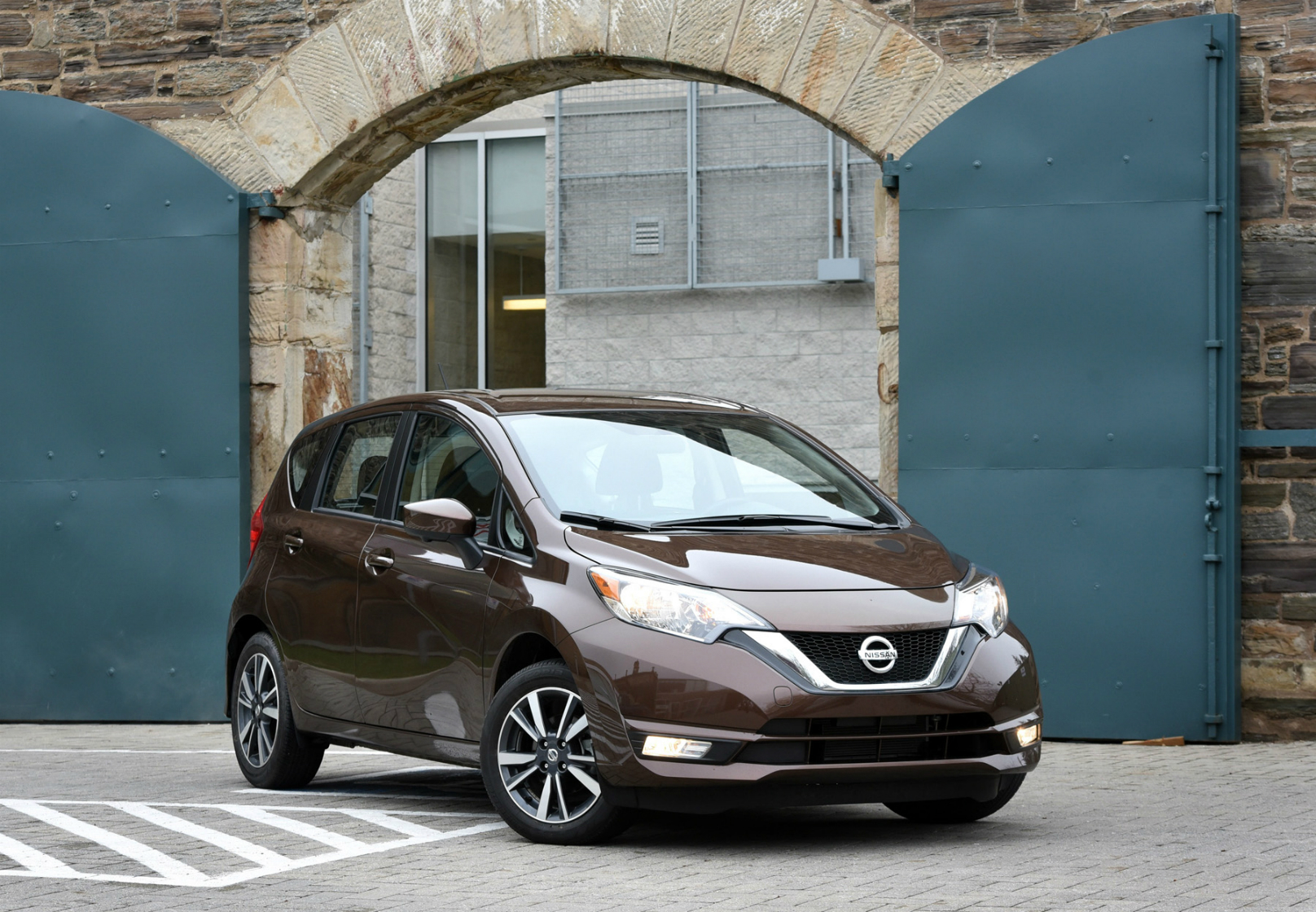 But this session was about more than just exploring colour themes. My comparison test struck two different tones of Note as I drove a couple of Nissan’s small cars.

The Versa Note was refreshed for 2017. A new face with a revised front fascia, new V-motion grille and swept-back multi-reflector halogen headlights, creates a closer familial Nissan tie-in to the latest versions of Maxima, Altima and Sentra.

In back, a sporty rear fascia, previously only available in SR trim, has been adopted across the lineup. And customer-driven changes inside include larger cupholders, a second DC outlet in some models, and a handier relocation of the USB port. 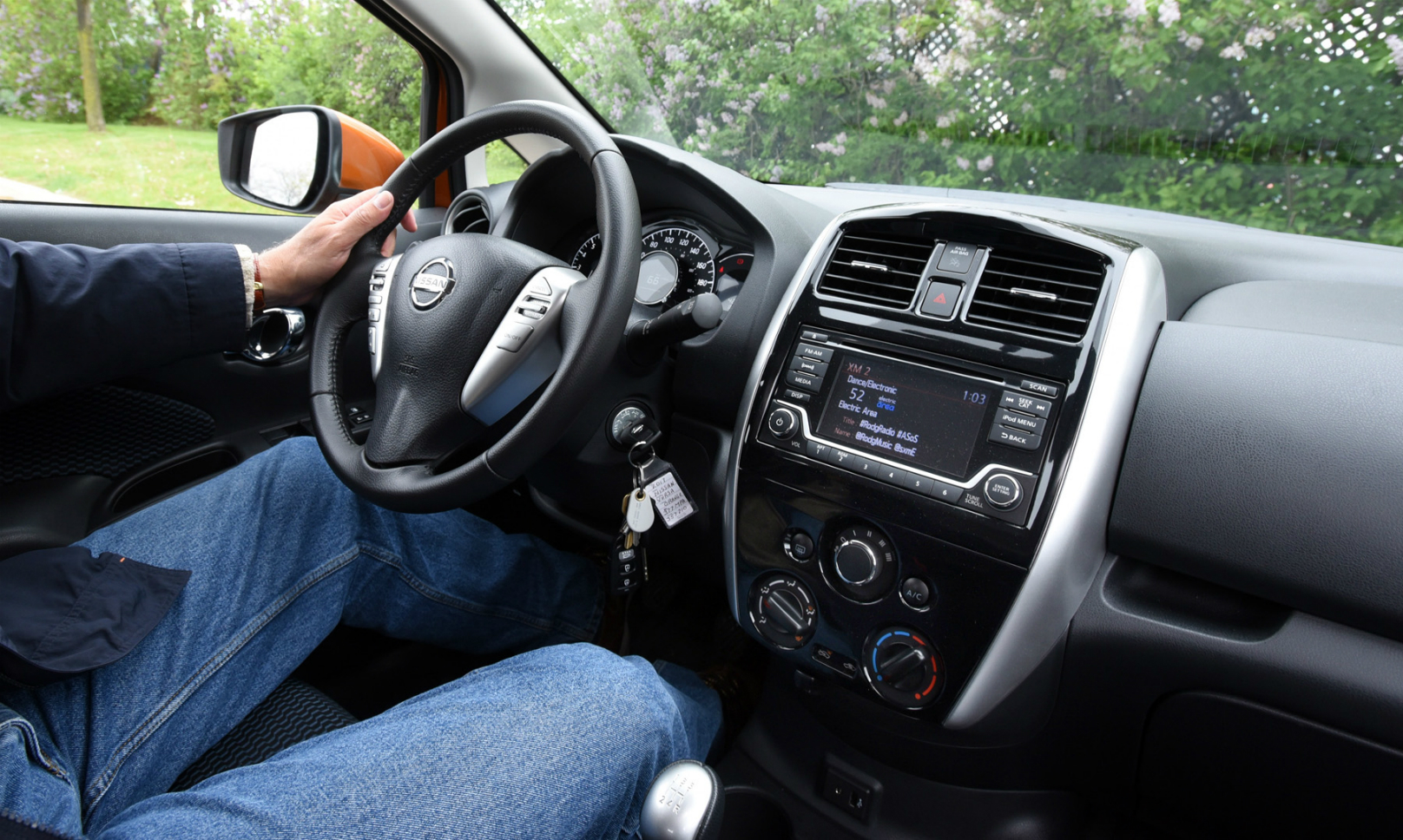 All models share Nissan’s HR16DE 1.6-litre four-cylinder engine, making 109 hp and 107 lb/ft of torque. Not exactly barnstorming numbers but this lightweight mill does its best to channel power to the front wheels via a five-speed manual or CVT automatic.

Those four trim levels include a base S ($14,498) that comes with A/C and a decent list of equipment, the SV ($16,948) offering a popular compromise of added extras and dollar value, the SR ($19,198), pimped up with poseur sport cues but, weirdly, not available with the manual gearbox, and the SL ($19,748) pulling out all the stops with an inclusive list of goodies. 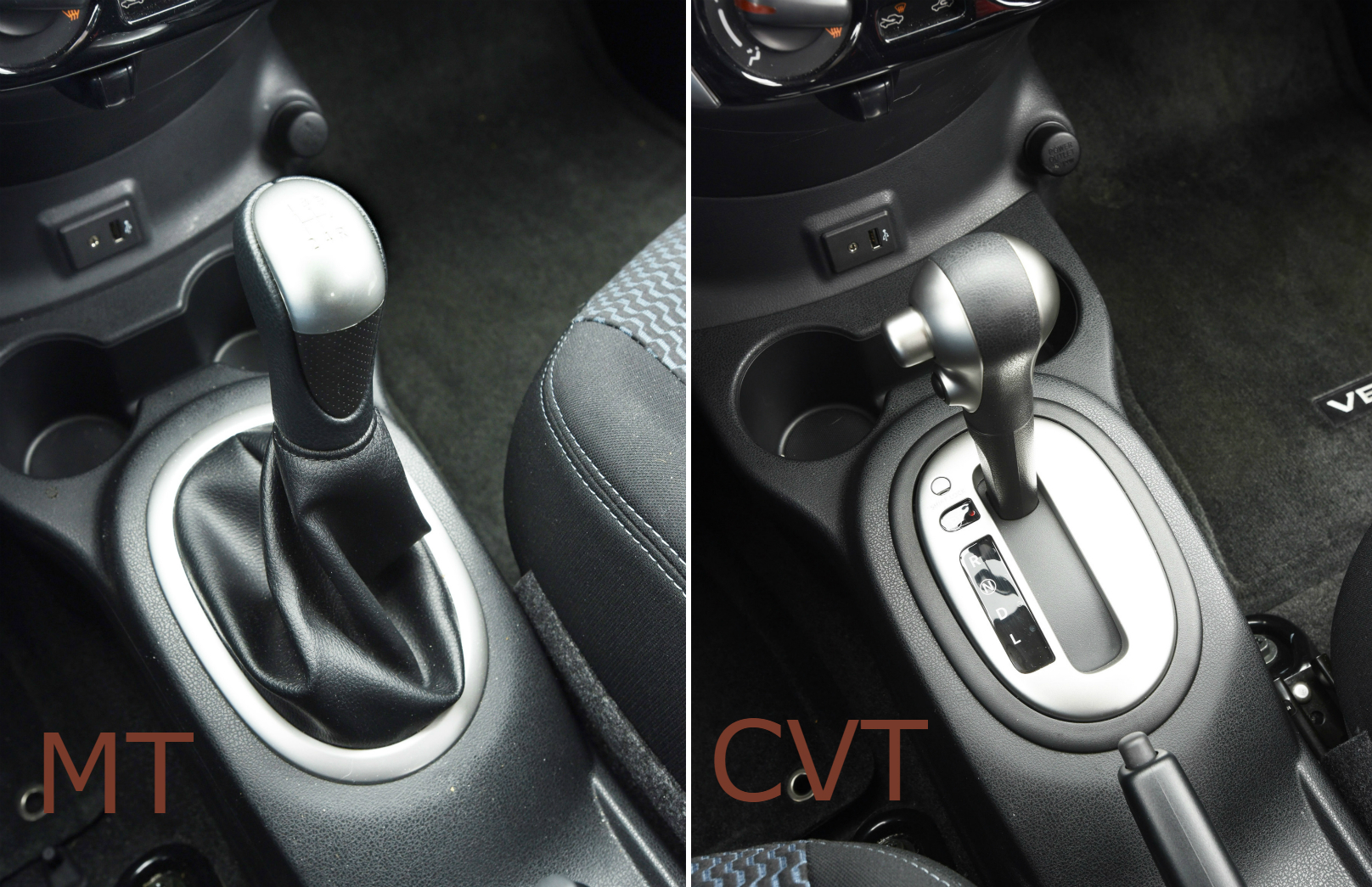 We start off here in the brown one, officially listed as Cocoa Ember ($135), which along with the Monarch Orange ($135) and pricier Deep Pearl Blue ($300), is one of three brand new optional colours designed to spice up the Versa Note lineup this year.

We’re also starting at the top of the heap, with an SL model ($19,748) that includes the standard CVT automatic with new D-Step Logic Control tuning to improve acceleration feel. This powertrain matchup pulls well enough to do the job without raising any untoward excitement, and is rated as being more fuel-efficient than the manual combo, earning 7.6/6.2L/100km (city/hwy). My driving mix came in at 7.4L/100km (comb).

There are a few things we could critique – the centre armrest being higher than the door armrests (which always bugs me) and the hard plastic evidence of econo origins. 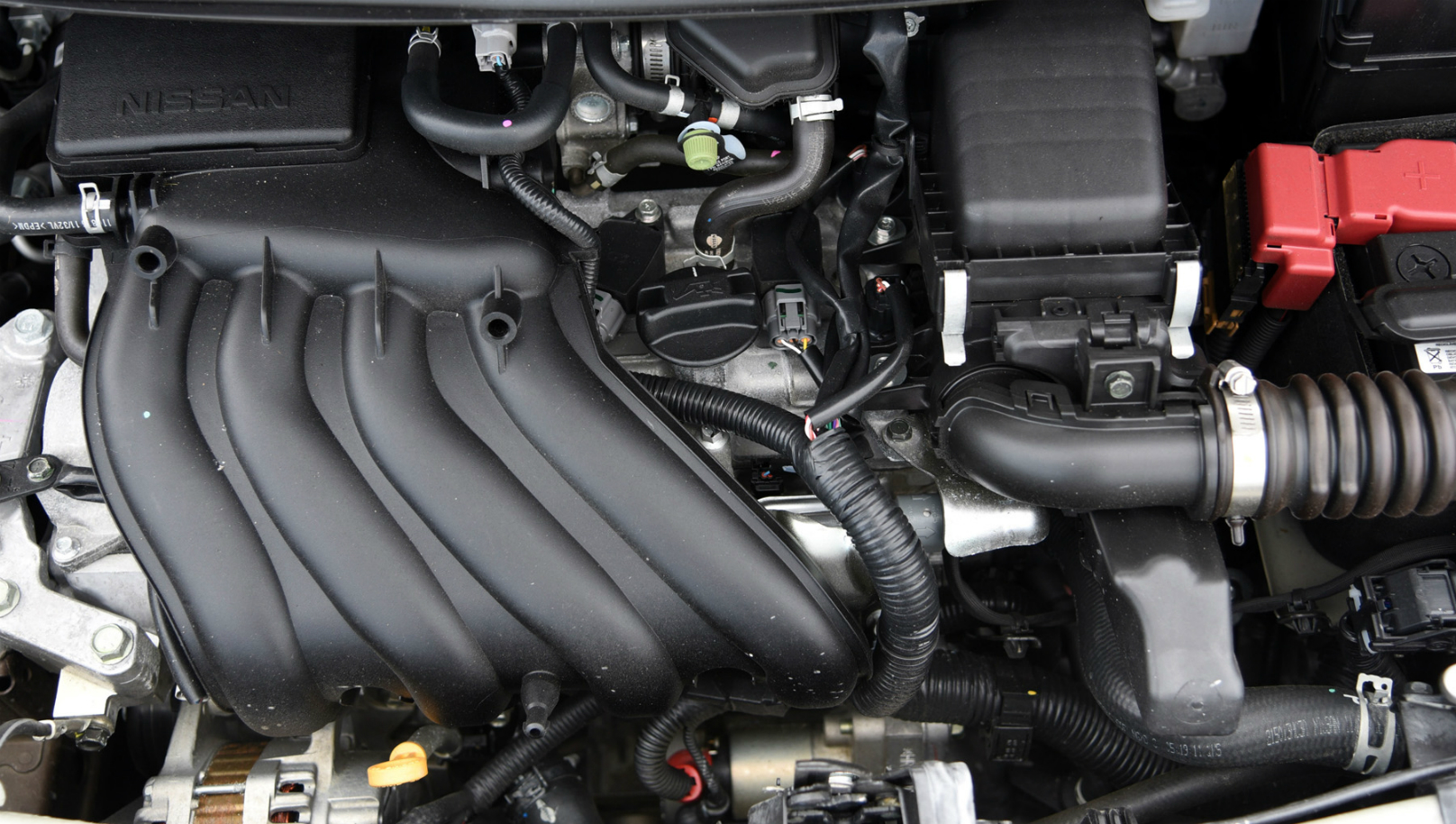 Among other items, SL bonuses in this first tester include bigger 16-inch alloy wheels, the Around View Monitor system and the NissanConnect system with navigation and mobile apps accessed through a 5.8-inch touchscreen. While those extras are nice, the SL maintains sensible buttons and knobs for HVAC and audio adjustment, along with simple set-and-forget seat heater toggles that save a lot of daily touchscreen hunting and pecking.

Our second tester, an SV model ($16,948) in the funky Monarch Orange, saves a little on the asking price while giving up a few of the top-tier extras. That means smaller 15-inch wheels, less infotainment extras but the same level of dynamic and driving technologies.

And the same 1.6-litre engine is harnessed to a five-speed manual in this version which seems to suit the character of this little car, giving the driver the choice of early-shifting for economy or milking the most of the higher rev range for something approaching sport-driving.

There are other cars to consider in the Nissan lineup – Micra models ($9,988 – $16,188) that offer the same power in a smaller, nimbler, lighter and more affordable package, but at the cost of interior space, or the bigger Sentra selection ($15,898 – $25,698) with compact car dimensions and an expanded range of sophistication, equipment and power options. 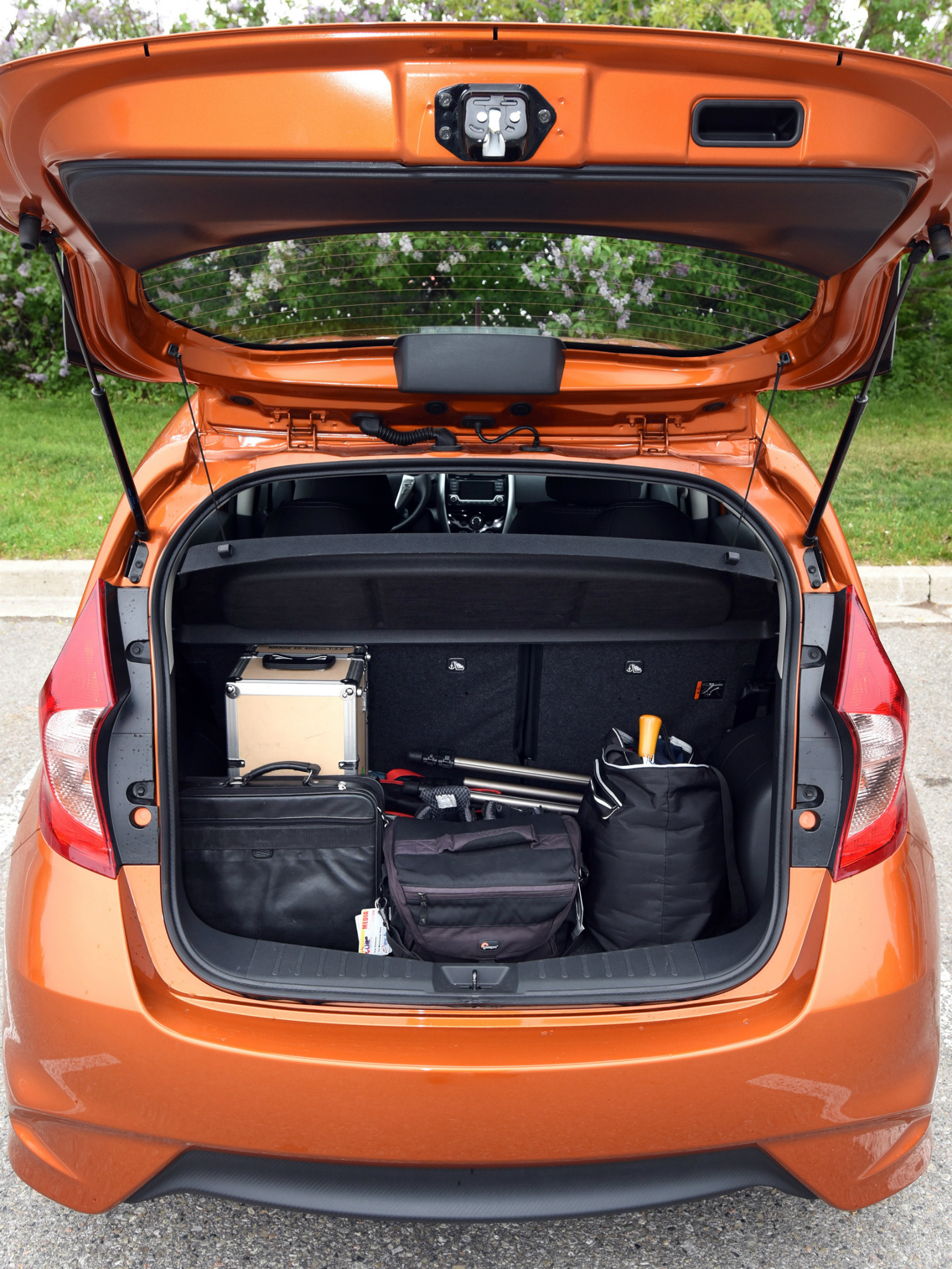 But the Nissan Versa Note sits nicely niched between those two, offering a viable blend of economical performance and equipment, wrapped in a perky exterior package and updated and refreshed for 2017.

Striking just the right Note, you might say, no matter what colour or trim level customers decide upon. 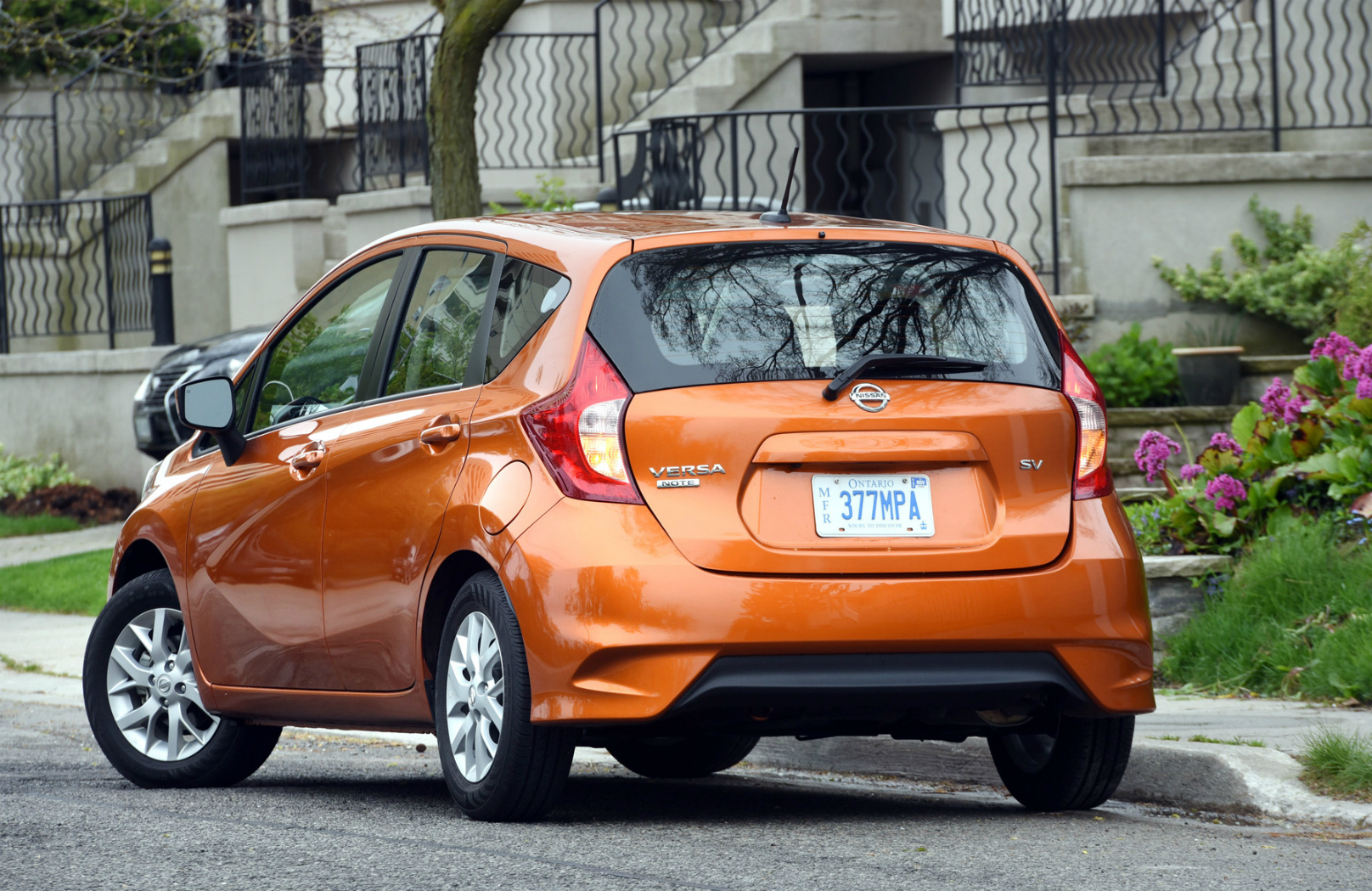