When it came to the CX-9, its flagship model, Mazda engineers went to new levels of design.

VERNON, B.C.: MAZDA was pretty honest about the flagship CX-9 midsize CUV during the press launch of the new 2016 model, noting it had slipped “near the back of the pack”, against its competitors since the model was launched in 2006.

I don’t think anyone foresaw the rise of the SUV/CUV sales which have grown more than 25 per cent in the last three years alone.

And in that decade, Mazda has also changed from pumping out models with the “soul of a sportscar” motto to soul of a sportscar with a green heart. That’s thanks to its innovative Skyactiv technologies that really do result in fuel economy savings without sacrificing the fun of driving.

When it came to the CX-9, its flagship model, Mazda engineers went to new levels of design.

Mazda vehicle development engineer, Dave Coleman, is one of my favourites in the industry; because he can take a mystifyingly complex thing and explain it in a way even I can understand.

He said in terms of trying to make the CX-9 more intuitive, “we had to find out first what humans find intuitive.”

Just one example is ride and handling. Coleman said when we just walk, our heads are going up and down, back and forth and side to side, but our brains compensate for that, making it seem to us as though there is really no motion at all.

“So we looked at the neck muscles and what they are doing … (and found out) your head becomes your G sensor.”

Incorporating that thinking into the AWD alone, the CX-9 now takes in data 200 times per second from 27 different data streams such as speed, braking, pitch and yaw even rain on the windshield and turns that into fine tuning the steering, cornering and braking.

Another example is a new signature paint called Machine Grey. 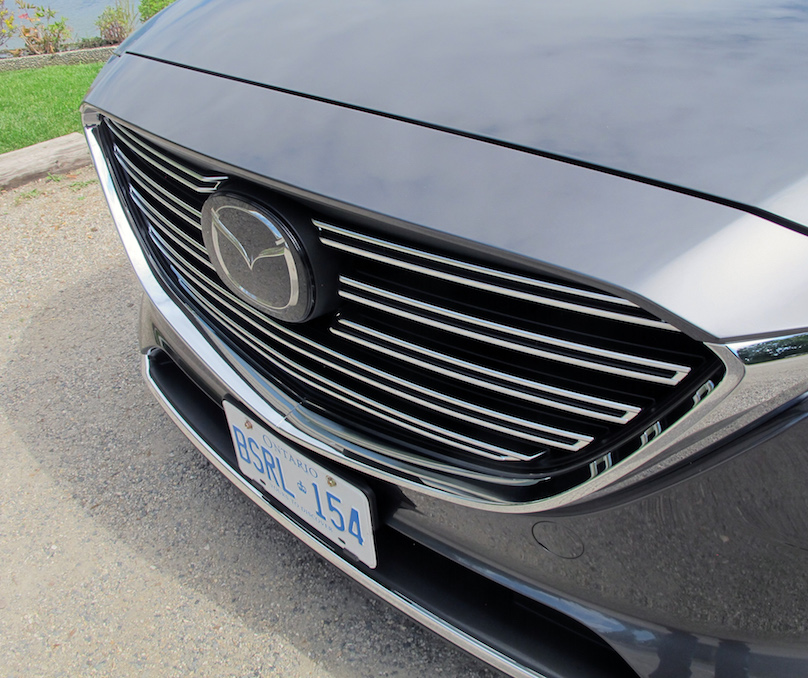 Mazda stylists wanted to produce an exterior colour like that found on high-end watches and custom made knives.

It takes four coats of different paint to achieve the effect to the point it almost shimmers when the sun hits it from certain angles.

There’s a lot more, but it gives you an idea of what went into the new CX-9.

All of the four CX-9 trim levels are powered by the 2.5-litre turbo, direct injection Skyactiv inline four-cylinder producing 227 hp and 310 lb/ft of torque on 87-octane regular fuel. If you want more power, using 93-ocatane bumps it up to 250 hp.

Except for the base GX with standard front-wheel-drive and optional ($2,500) all-wheel-drive, AWD is standard on all other trims.

A six-speed Skyactiv automatic transmission with Sport mode is standard on all models, no manual available. 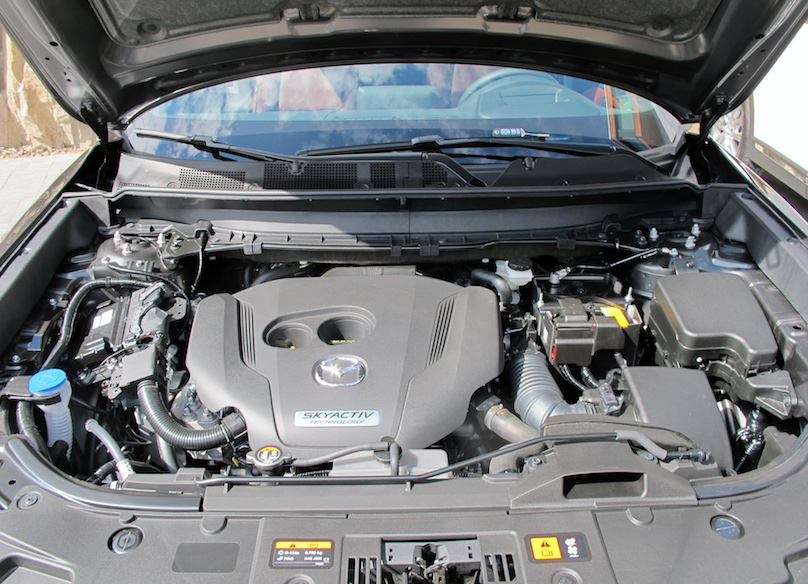 Perhaps the most pressing need in designing the CX-9 was to move upmarket in terms of trim and amenities to reach its target demographic of a mature buyer who is now well established and ready to aspire to something higher then, say, a compact CX-5 crossover.

To do so, Mazda has created a whole new trim level above the GT, called the Signature.

It is the harbinger of the seventh generation Mazda lineup to come; with the 2016 CX-9 being something like a 6.5 bridge to the next generation.

I drove the Signature in Machine Grey and was knocked out by the satin and polished interior metal trim with forms inspired by Japan’s world-renown knives.

One the drive route in and around Vernon, B.C., the first thing my partner and I noticed was the quietness of the cabin, the result of using 24 kg of sound deadening insulation compared to 7.5 kg in the outgoing model.

According to Mazda and its testing, the CX-9 is the most fuel frugal mid-size CUV on the market with the lone exception of the Toyota Highlander Hybrid.

Handling and ride was more like a luxury sedan than a big crossover and sightlines were good considering the size and the A-C pillars.

Performance was adequate but when it came to passing, the initial acceleration was good but it fell off the higher we went on the rev range.

On a “cottage road”, which was actually an active logging road, the AWD worked to perfection — fording runoff streams and depressions without bottoming.

Mazda has set its targets high, going after the likes of Toyota Highlander, Nissan Pathfinder and Honda Pilot with the CX-9 GS and GT and the Infiniti QX60 and Acura MDX with the Signature.

To do this Mazda is counting on what they call “smart indulgence” — meaning all the green benefits of Skyactiv combined with the new level of fit and finish of what we will see in the next generation.

The CX-9 is pointing the way to the future of Mazda, one which looks very bright indeed. 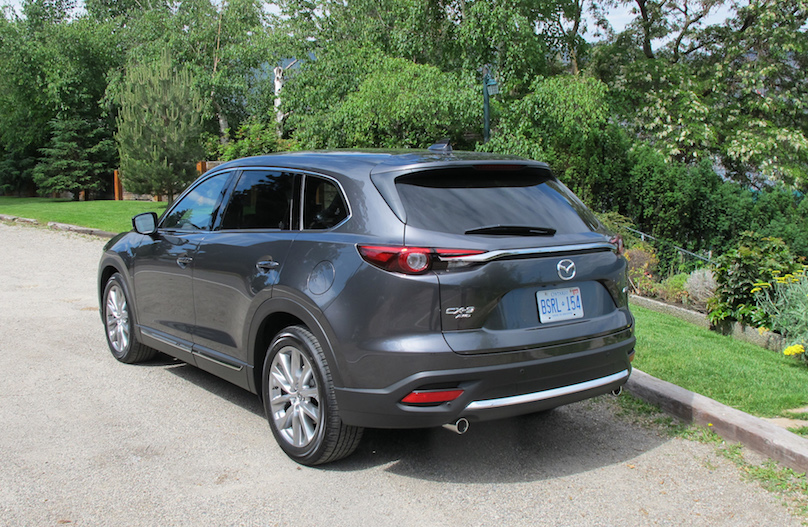