Continental breaks Lincoln out of the doldrums

After years of being second fiddle to Ford, with the Continental, Lincoln is no longer the “other” domestic luxury sedan, but a world-class premium luxury player in its own right.

LOS ANGELES, CA: Finally a Lincoln with a name — and what a name: Continental.

To this day I still remember at age 12 seeing a black-on-black Lincoln Continental II gliding down the main street of my hometown.

It was one of the most beautiful cars I’ve ever seen.

Recently, Lincoln has been using letters, not names to label its products, such as MKZ, MKT, MKC and MKX, which doesn’t project an image of what it is, at least not to me. 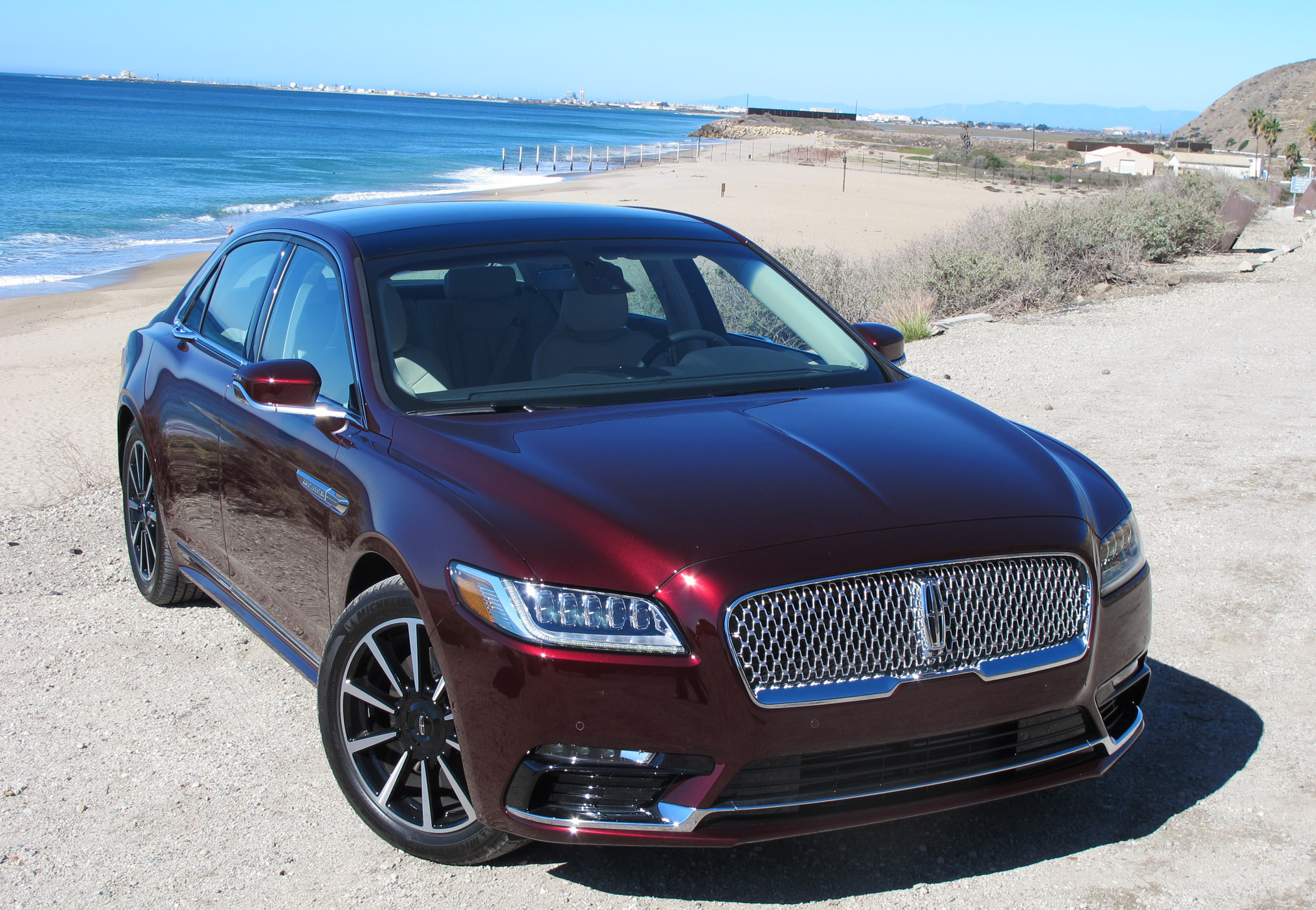 The 2017 Lincoln Continental premium luxury sedan is all new, with standard all-wheel-drive and a bevy of technology features such as 30-way adjustable seats.

The only Lincoln with a name is the full-size Navigator that has been around since the end of the last century.

Lincoln needs to make a mark in the premium luxury sedan arena and the 2017 Continental is it.

The amount of technology in this car is astounding. 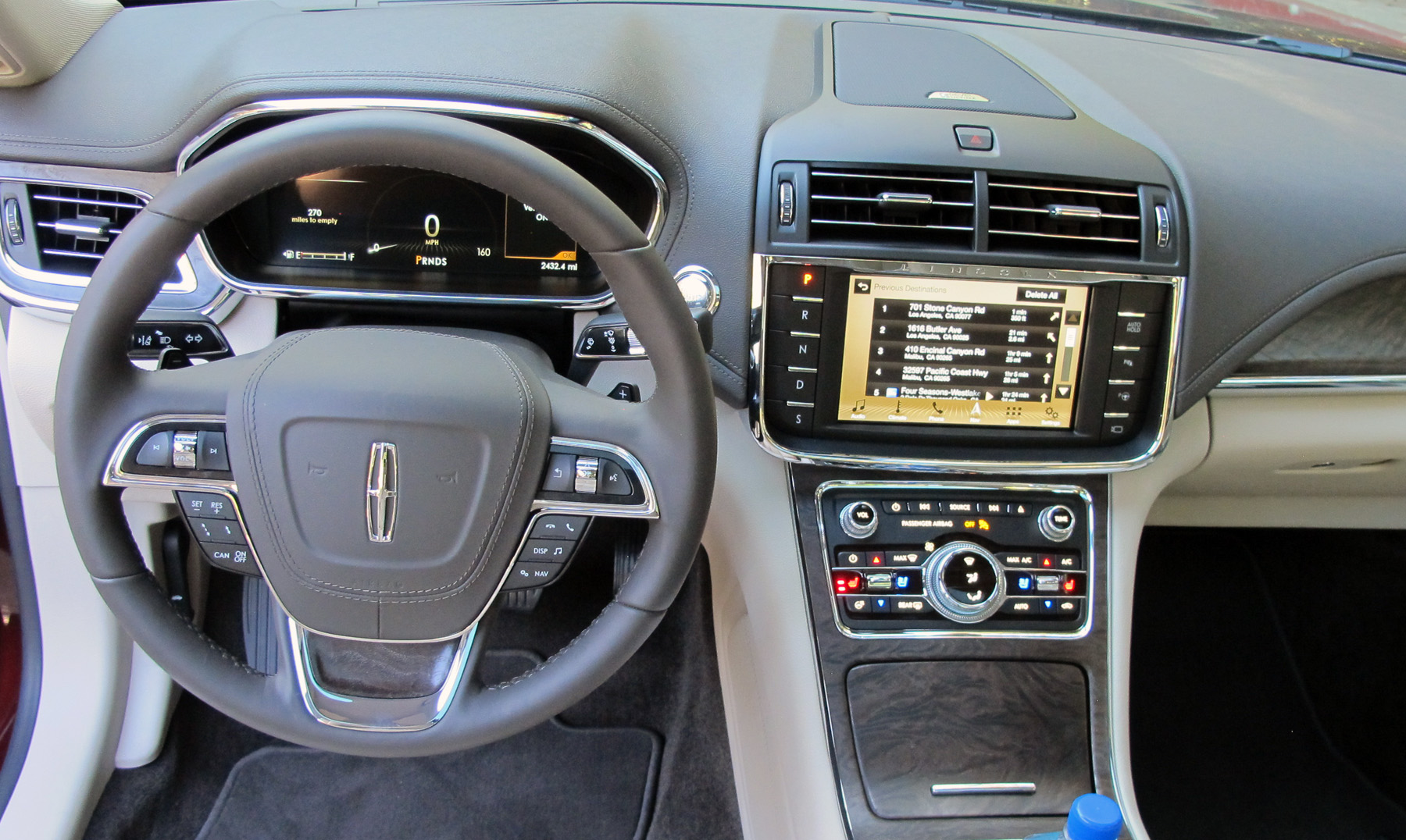 The interior of the 2017 Lincoln Continental is available in a variety of colours and trims including special Bridge of Weir, hand-finished leather.

Or how about the $5,000 Rear Seat Package on the Reserve trim model that includes reclining rear seats featuring four-way power lumbar support along with massaging, heating and cooling.

But perhaps the most intriguing, as well as stylish, feature is E-Latch power doors.

Lincoln has eliminated door handles along the beltline and replaced them with a solid nickel-chrome piece that runs along the windowsill from the A- to C-pillar with a closed loop handle at each door.

Inside each door is a motor and electric capacitor, much like a USB charger for a cellphone.

The 2017 Continental features three modes (Comfort, Normal and Sport) that adapt steering and suspension settings through controls on the steering wheel.

To open the door from the outside, there is a small button on the inside of the handle that, when touched, unlocks the door. To close, simply swing the door closed and the motor takes over and seals it shut. If there is no power, a blade key hidden inside the fob fits through a tiny slot in the driver side Continental trim piece and unlocks all doors.

To open from the inside, there is no latch/handle but a button on the back of the door pull. Touch it, and the motor unseals the door and you simply push it outward. 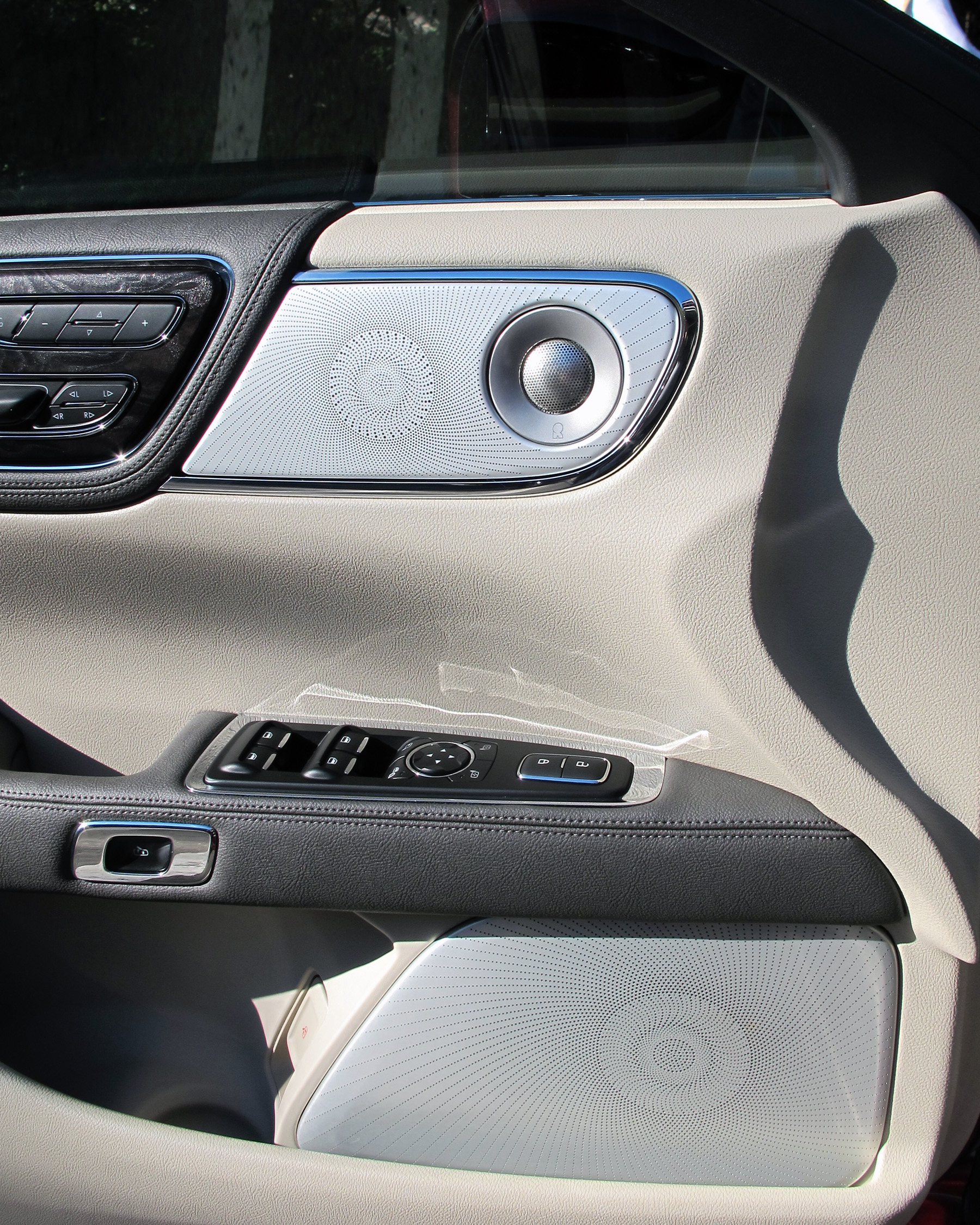 Beside available hand-finished leathers, one of the trim features is the Revel QuantumLogic Surround sound that puts the passenger into a 360-degree listening experience.

Not only is it elegant to look at, but also the lack of beltline latches makes for a remarkably sleek, uncluttered side profile.

All-wheel-drive is standard on all Canadian models with Dynamic Torque Vectoring, which routes grip under cornering to the appropriate rear wheel. A six-speed automatic transmission with selectable manual shift is standard. 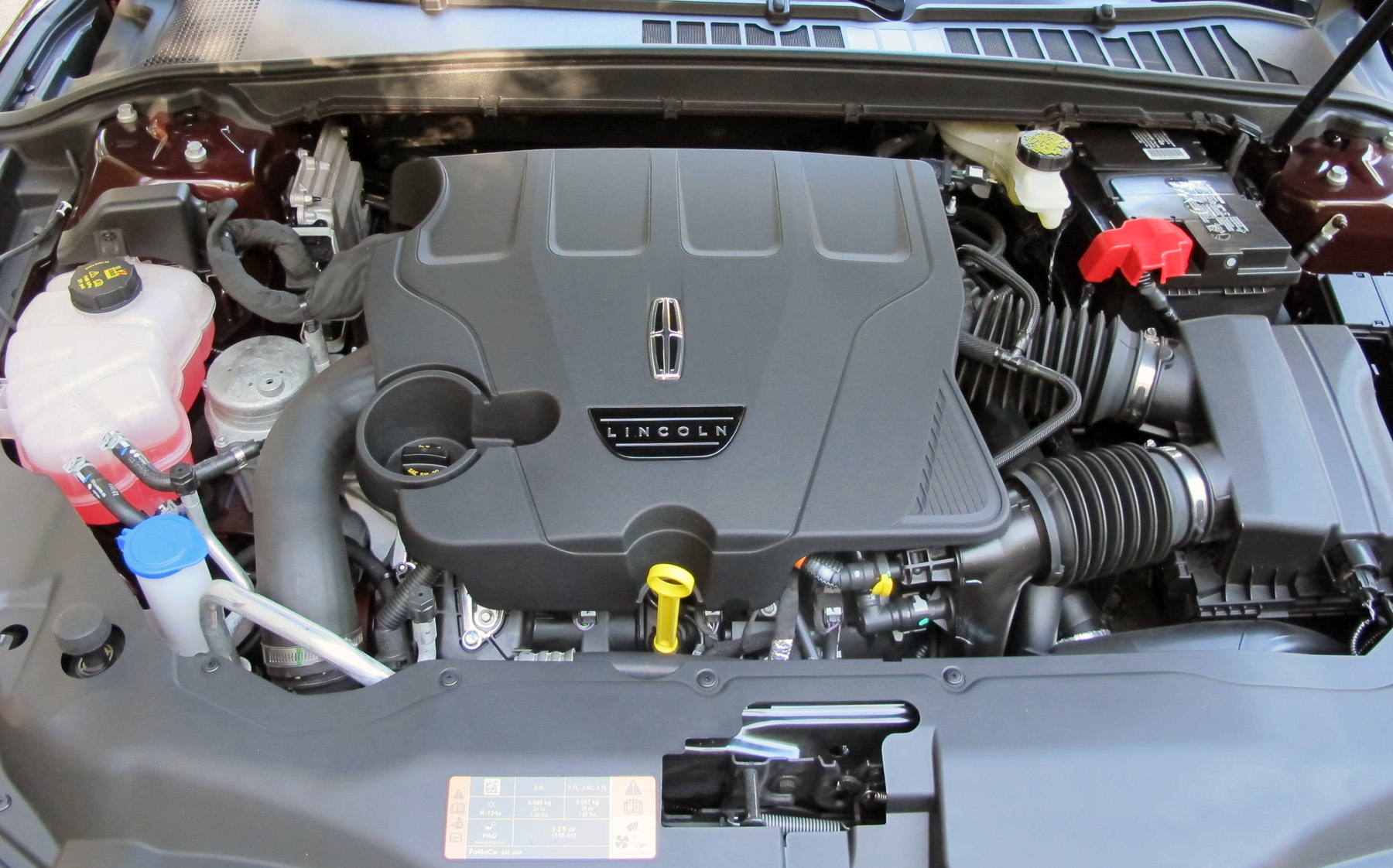 Lincoln Drive Control lets the driver chose between three modes (Comfort, Normal and Sport) with makes it possible to adapt steering and suspension settings to the individual and is aided by continuously controlled damping and adaptive steering.

If you think this sounds something like semi-autonomous driving, you’d be right. But the Lincoln engineers I talked to downplayed that, saying there is a still a long way to go.

But you and I both know they’re working feverishly on it back in Dearborn.

Continental does away with traditional door handles with an E-Latch at each doorsill that has a button that activated an electric motor, which in turn opens or shuts the door.

At the press introduction of the new Continental in Los Angeles, we drove the 3.0-litre V6 that was as silent in running as it was lusty.

We think of AWD as being for snow, slush and wet, but there are more challenging surfaces than those in the world, which is why I headed to surfer country north of Malibu. Here you find sandy entrances to the beaches that can catch you out with just two driving wheels in the soft surface, which can cause you to be bogged down.

My favourite photo stop in California is such a place, but getting to and from the water wasn’t a problem with the AWD.

If the E-Latch power doors are inoperative, a blade key hidden in the key fob fits through this slot of unlock the doors.

Heading back, I took the torturous Decker Canyon Road where falling rock is common, and I fact, I came across a soccer ball sized bolder on the climb up from the beach and alerted a road crew to it working further up the road.

Here the advantages of a “real” AWD, unlike simple slip-and-grip systems, rewards the driver, while the near instant grunt of the twin turbo V8 made seemingly endless series of 15-20 mph switchbacks easy – never a chore, as the first time I drove this 20 years ago before all of the current technology was possible.

After years of being second fiddle to Ford, with the Continental, Lincoln is no longer the “other” domestic luxury sedan, but a world-class premium luxury player in its own right. 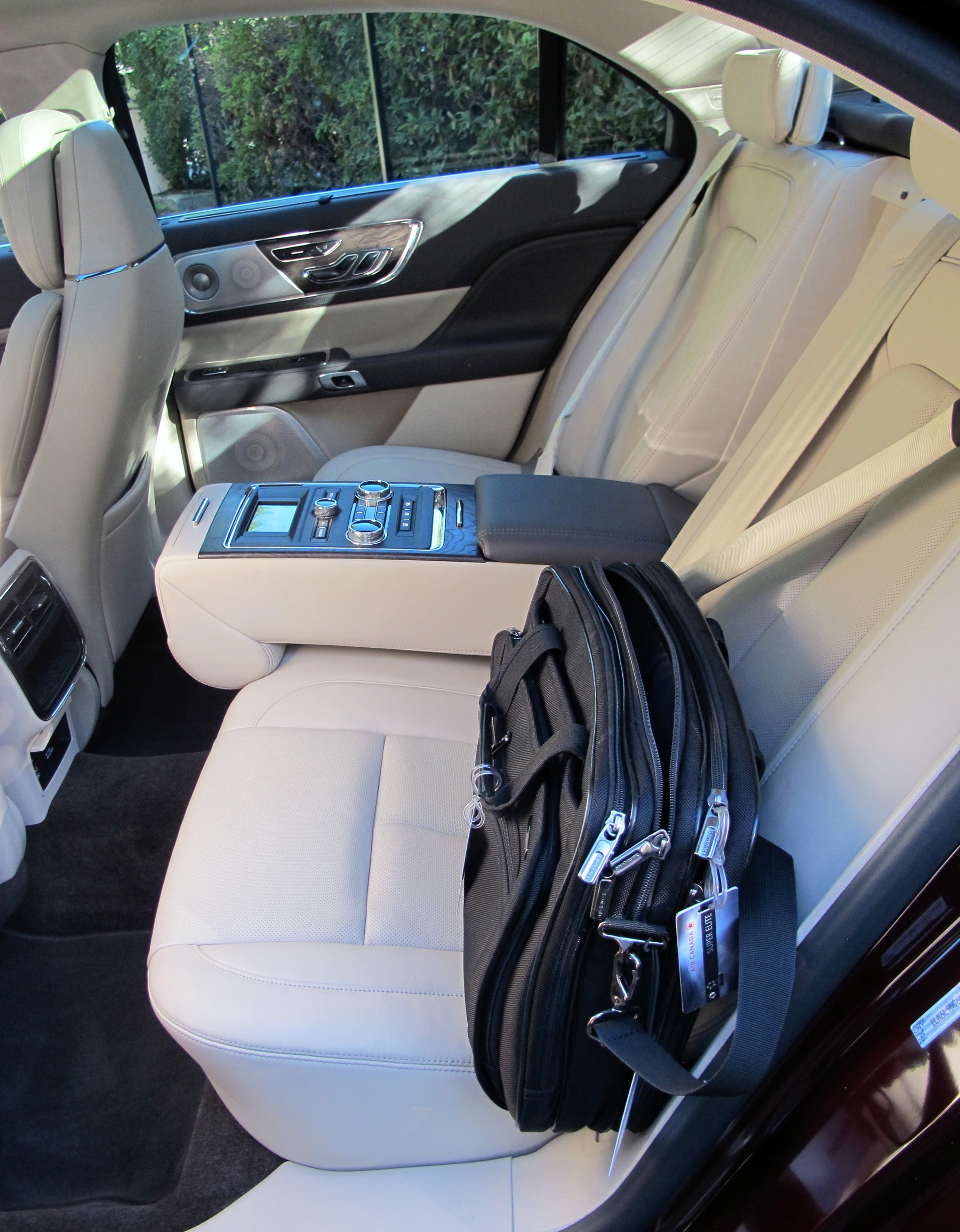 The back seat is literally big on legroom. Note the controls on the middle seat fold down, which is part of the optional ($5,000) rear seat package on the Reserve trim model that includes reclining rear seats featuring four-way power lumbar support along with massaging, heating and cooling.

Here's What Your Next Track Day Will Look Like as