Silverado is light, nimble and lively off the mark

SCOTTSDALE, ARIZ.—If Chevrolet had hired the Eagles instead of Bob Seger to be their “spokes-singer’’ (the late Glenn Frey of the Eagles, like Seger, was a Michigander…) their pickup trucks’ advertising theme song, instead of Seger’s “Like a Rock’’, might have gone something like this:

“Silverado, why don’t you come to your senses?

You’ve been out driving F-Series for so long now…’’

And in my very first job they did try to get me into marketing. Maybe it’s best I didn’t go…

Contrary to market leader and arch-rival Ford’s all-light-metal F-Series, Silverado has made all the parts the move — doors, hood, tailgate — out of aluminium, along with significant chunks of the suspension. 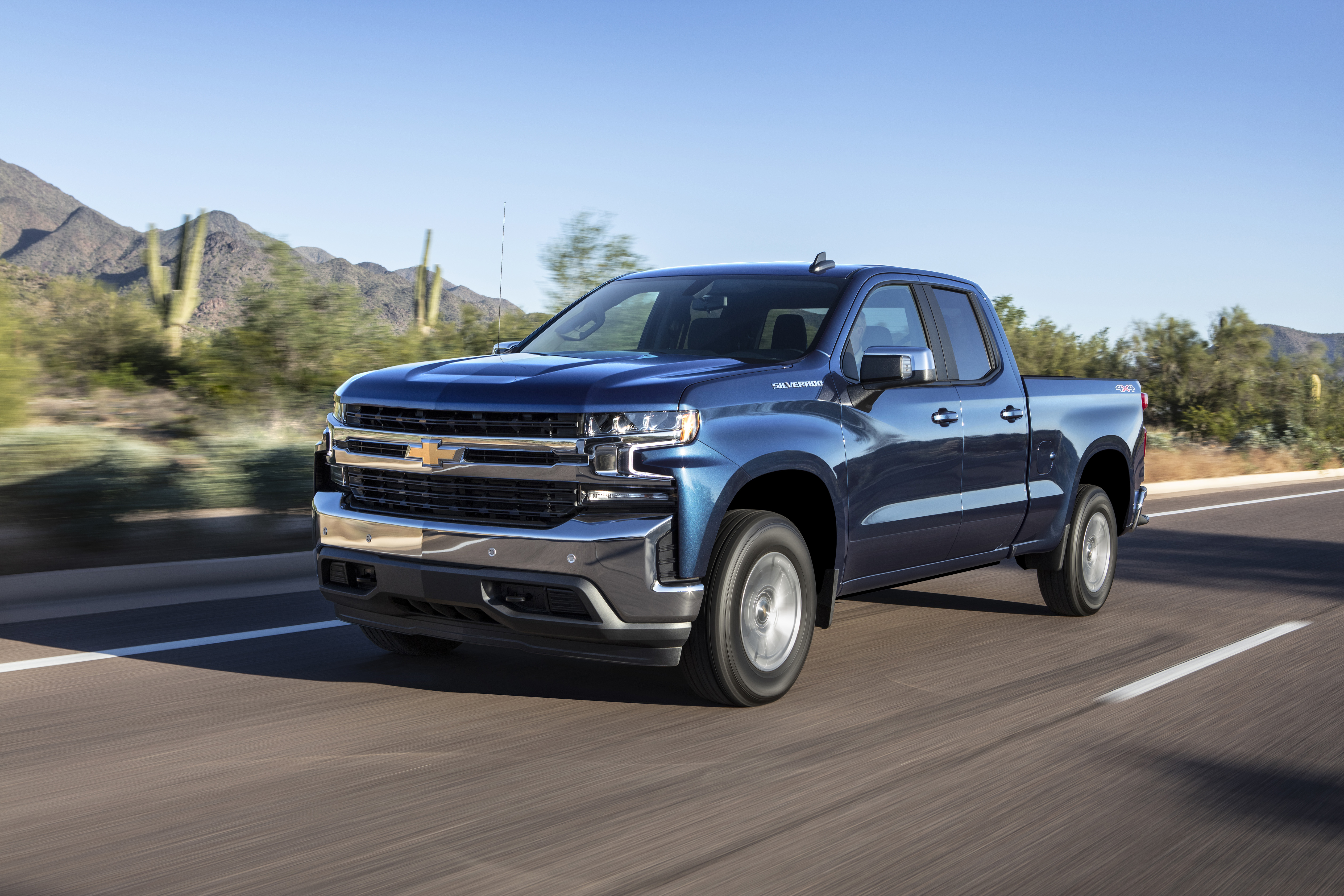 The rest is made of a variety of steels, as light as they could get away with depending on the task of that particular component.

Things like composite (a.k.a. “plastic’’) rear leaf springs also cut a few kg from the truck.

But in a vehicle the size of the average house in about two-thirds of the world, there’s only so much weight you can chop out.

Governments around that world have said to hell with what the people who supposedly elected them want — the “votes’’ those people cast at dealerships everywhere every day show they want trucks. But their “leaders’’, elected or otherwise, keep saying vehicles have to burn less fuel. 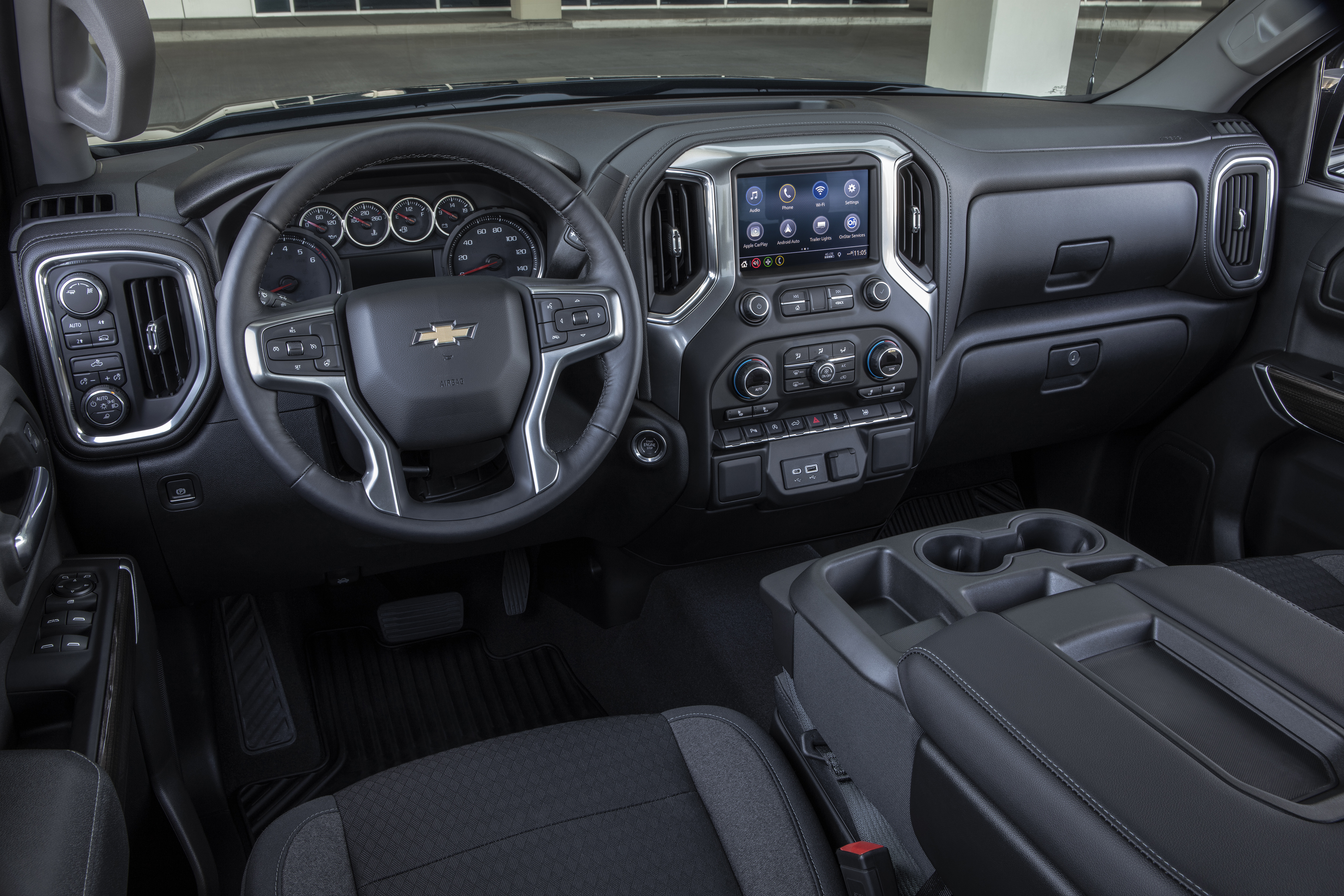 It has to start with more efficient engines, and Chevy (and its gussied-up twin GMC) have come up with a four-cylinder full-size pickup.

A four-pot in a big truck? That may take some selling.

The 2.7 litre twin-cam direct injection four banger is a very high-tech engine, and was designed expressly for truck applications.

It will shove the truck from rest to 100 km/h in a shade over 7 seconds, which is very good in this class, and the higher-than-usual-for-a-turbo compression ratio of 10.0:1 means decent throttle response even at low revs.

The engine features cylinder deactivation — it runs on just two cylinders when it can get away with it, and the switch-overs from two to four and back are imperceptible.

Nothing new there — my very first car, a little Fiat, had cylinder deactivation, although it was called “mis-firing’’ in those days. 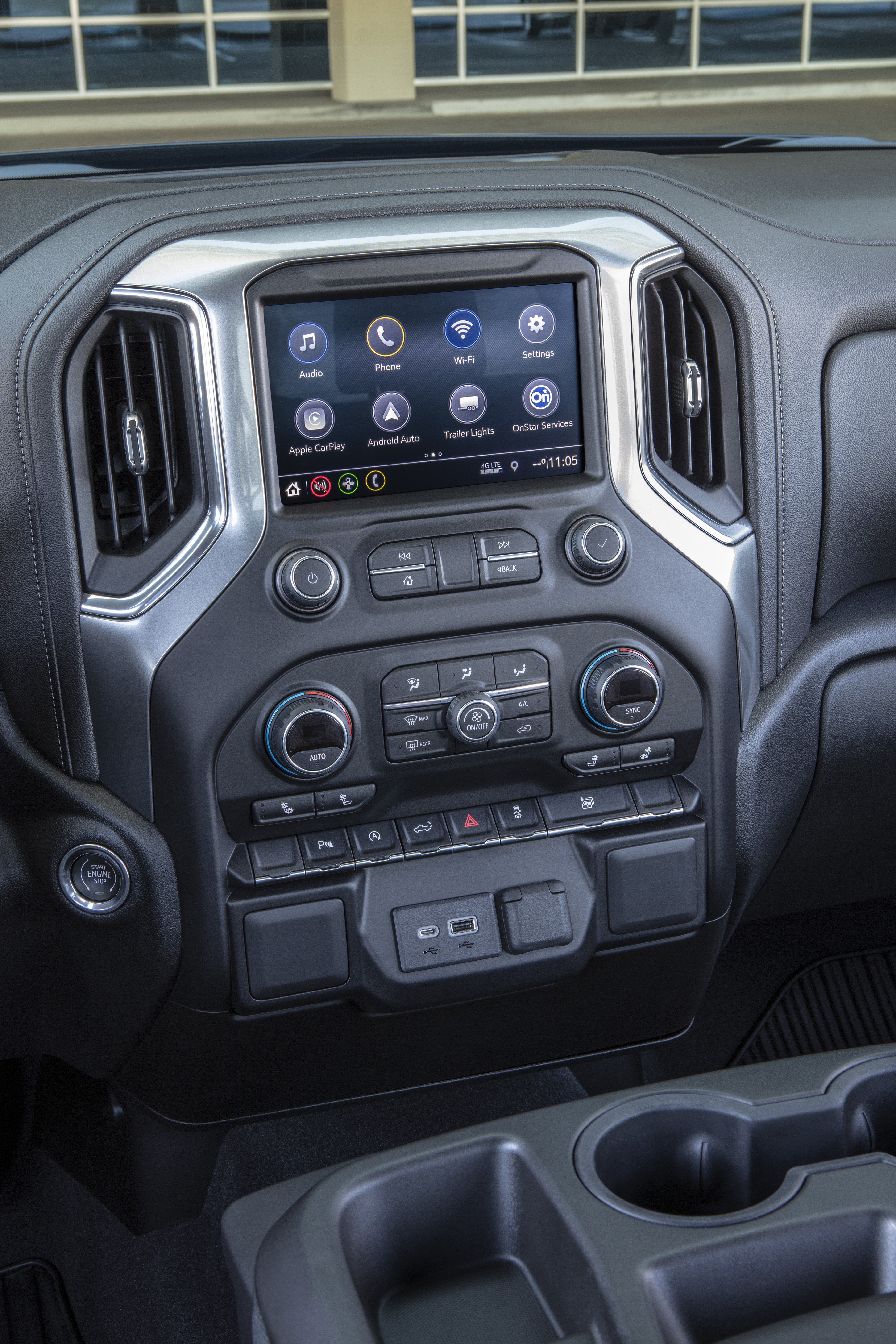 Stop/start technology shuts the engine off when it would otherwise idle, again, just like my Fiat, although it was called “stalling’’ then. Now of course the engine restarts automatically when you take your foot off the brake.

To this engine is bolted a new eight-speed automatic transmission. Rear- and four-wheel drive models are offered; the latter will account for the vast majority of Canadian sales.

It comes down to: how good is this engine in this application? And how much does it cost: is it worth it?

We tested Silverados with the bed empty, and with various sized loads.

The promised performance was there. The broad torque band makes it feel lively off the mark and in passing manoeuvres.

And it tows well, in the brief chance I had to try that. 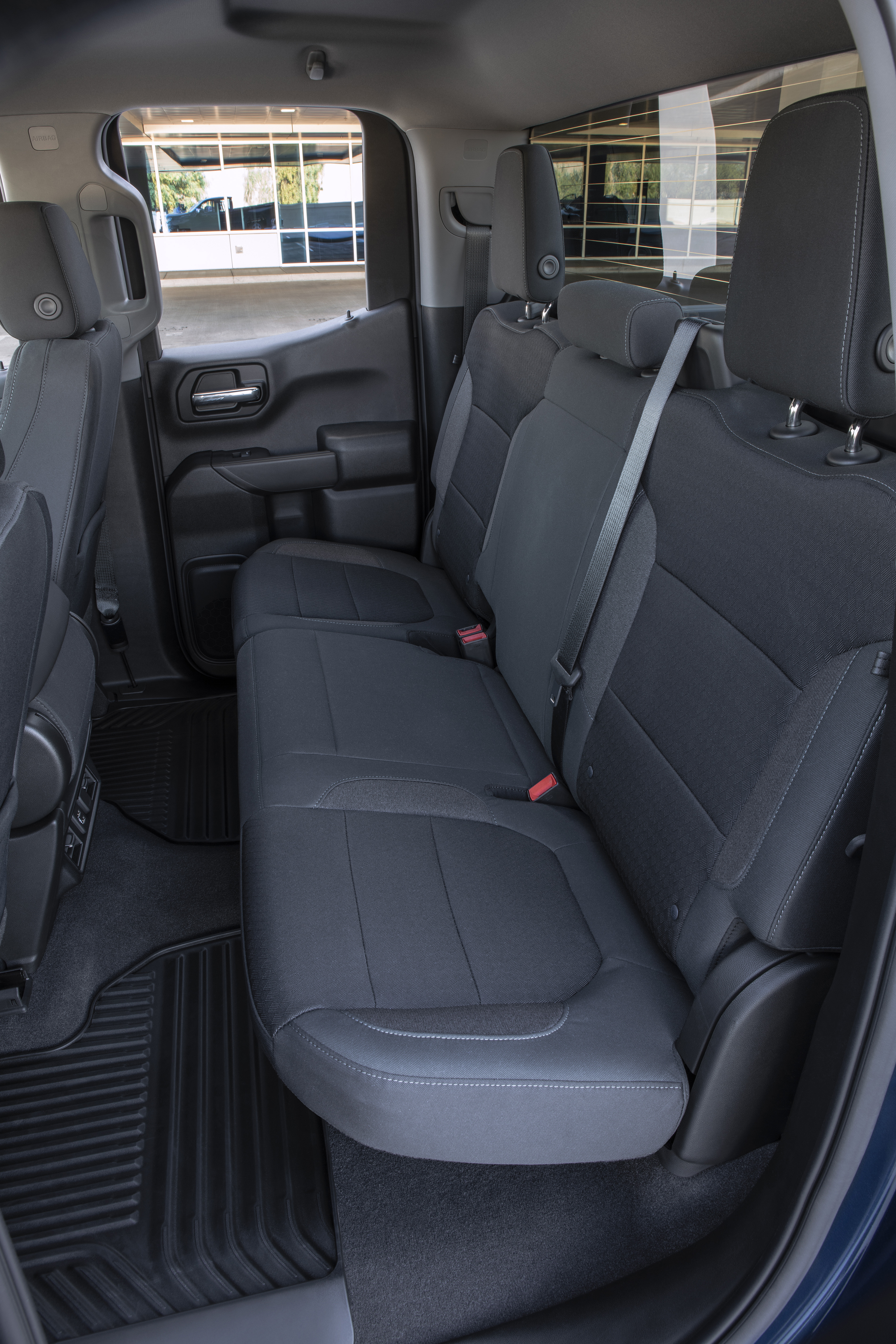 The gearbox shifts smoothly, and helps keep the engine in the optimal rev range for most of the typical driving cycle.

The engine is reasonably smooth and quiet, especially for a large-displacement four, which tend to vibrate a lot.

The truck rides and handles decently, although like all modern full-size pickups, it feels absolutely huge, especially when you have to clamber up into it.

The dash is rather busy, but everything is there when you take the time to look for it.

The finish and trim appear to be of good quality, although Chrysler’s Ram currently leads the pack in this area.

GM offers in-vehicle WiFi which will be especially important to those who actually use the truck for work.

An advantage of a smaller turbo engine is supposed to be better fuel consumption. 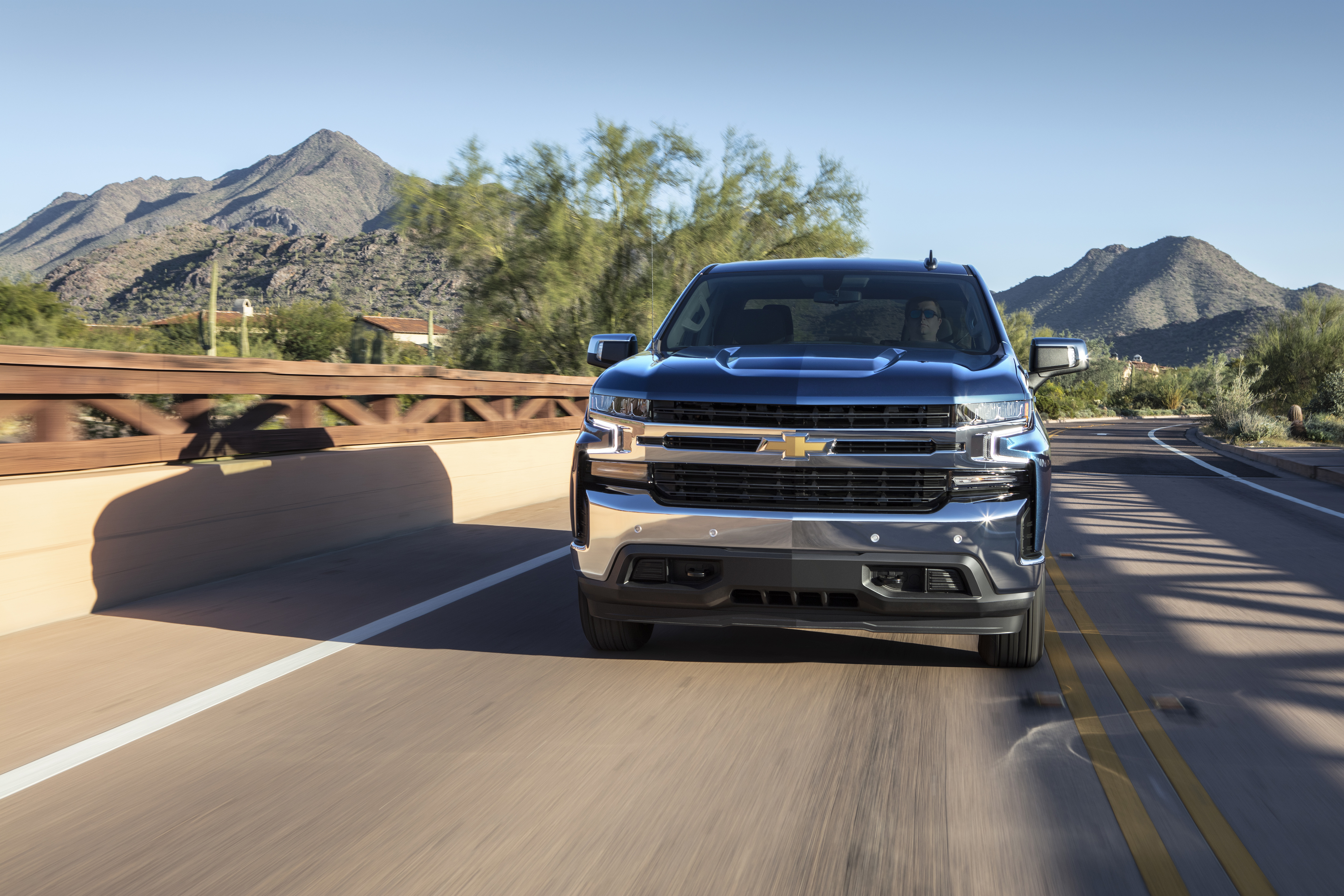 Transport Canada numbers have yet to be announced. But based on the US EPA numbers — 20 miles per US gallon City, 23 Highway — it doesn’t look like you’re going save much money at the pump. These numbers are in the same ballpark as Silverado’s chief competitors, and about the same as the base 4.3 litre V6, which admittedly is considerably less powerful.

And while the Chevy has a distinct power advantage over all those engines when you look at their respective peak output numbers, it is also true that when you work a turbo to take the best of that advantage, your fuel consumption sky-rockets.

Given the size and still hefty weight of the Silverado, you’ll be working this little engine pretty hard all the time. You barely want to think about what it will be like when hauling a load.

Credit to my colleague Richard Truett writing for Automotive News who said that this engine would perform better in a smaller, lighter truck where it wouldn’t have to blow its brains out trying to motivate the thing.

Chevrolet just happens to have such a beast in the Colorado mid-size pickup. I agree with Richard that you’ll likely see this engine in that truck (and GMC’s Canyon) pretty soon. 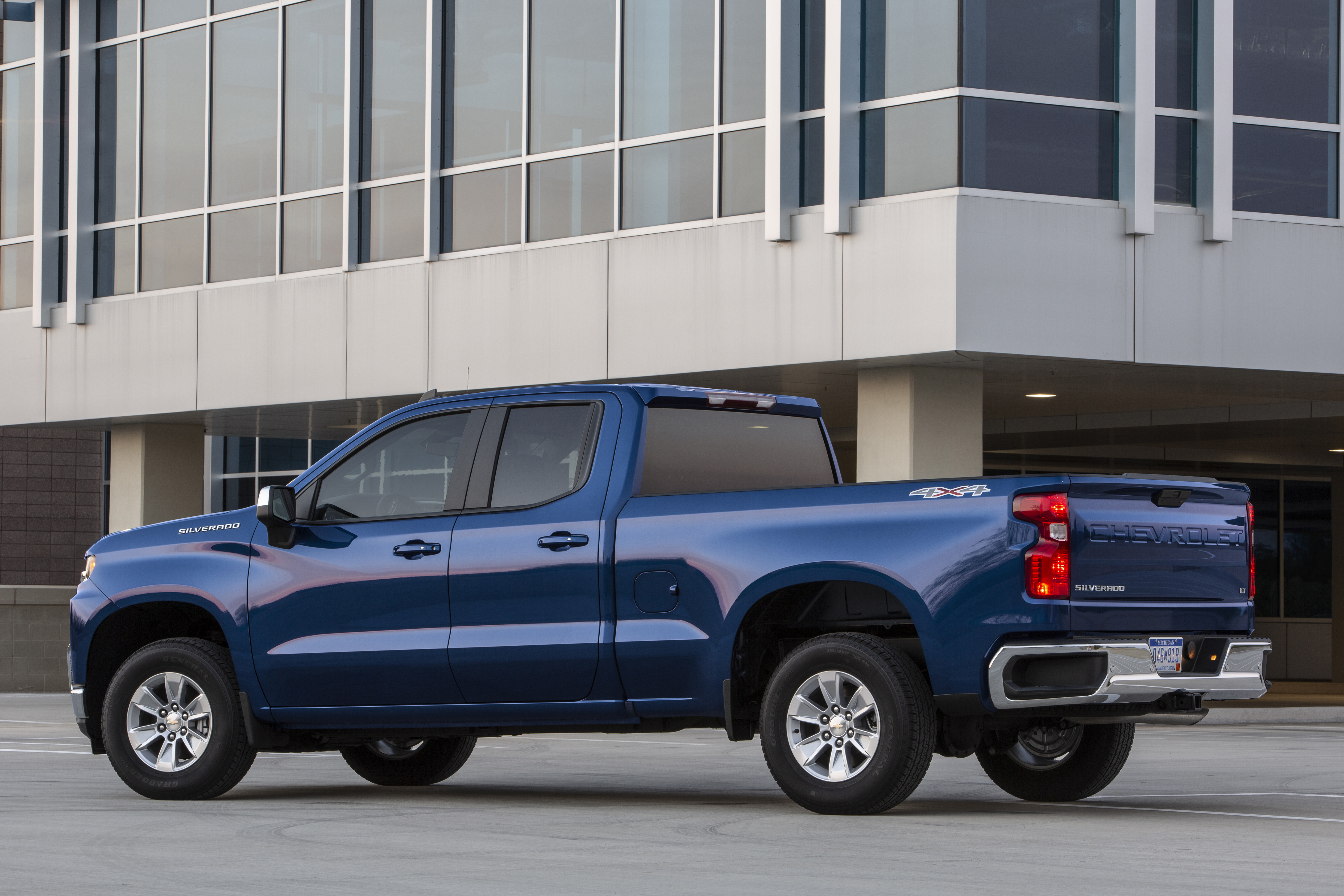 It’s tough to come up with a figure as to how much extra this engine costs, because it is only available in a couple of Silverado’s upper trim levels, and only comes with the eight-speed transmission.

The base rear-wheel drive WT model (standing for “Work Truck’’) starts at $35,000. The first trim in which you can get the new mill is the “LT’’, which also brings bigger wheels and some additional trim bits. It starts at $40,900, so most of that $5,900 difference has to be this powertrain.

You’ll have to really want that extra power to be worth nearly six grand. And if you indulge yourself in it, you’ll pay big time at fill-up time.

Still, it’s an option you didn’t have before. As if there aren’t enough decisions you have to make when buying a pickup.

How many takers there will be for this option remains to be seen.