The 2017 Porsche Cayenne GTS combines the utility of a CUV, but without sacrificing all the ride, handling and response one expects from a Porsche.

CAPE BRETON, NS: The Porsche Cayenne GTS would have to be on anyone’s coast-to-coast dream drive list to celebrate Canada’s 150th birthday.

Until a lap around Cape Breton recently, the Cayenne GTS would not have seemed like an ideal choice – until I drove it.

Debuting in 2002 and coming to North America in 2003, many observers now see the Cayenne as the vehicle that saved Porsche from impending oblivion and turned it from a niche maker of high-end sports cars to a mainstream force to be reckoned with in today’s luxury vehicle segment. 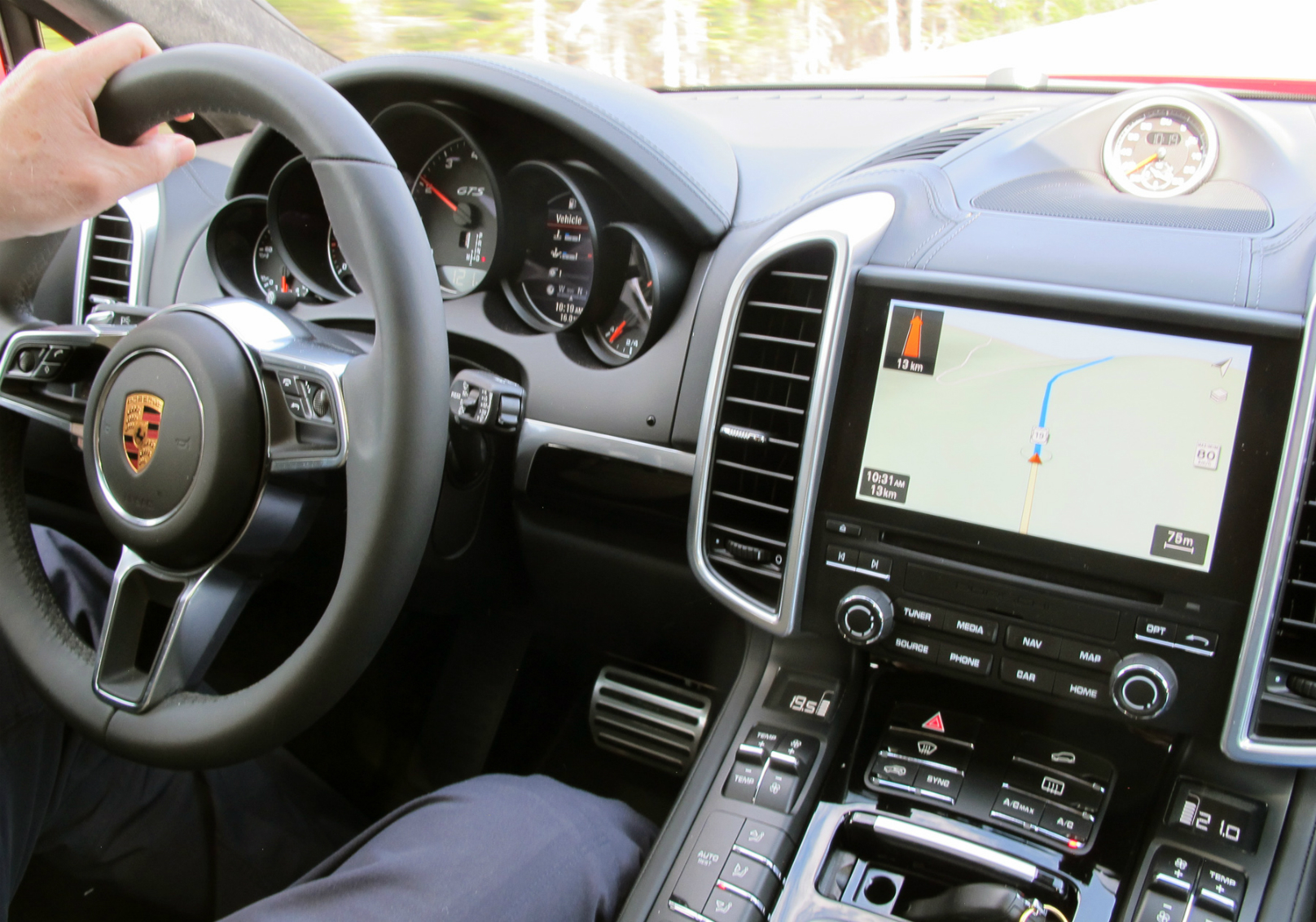 The Cayenne was initially out of step with every Porsche that had gone before — being not only the brand’s first truck; but also the first with four doors, five if you count the rear liftgate.

The second generation Cayenne bowed in 2010 at the Geneva Motor Show to a great buzz, as I remember having been there for the announcement.

While based on the general platform shared with the Audi Q7 and VW Touareg, everything about it was re-engineered to Porsche standards in-house. 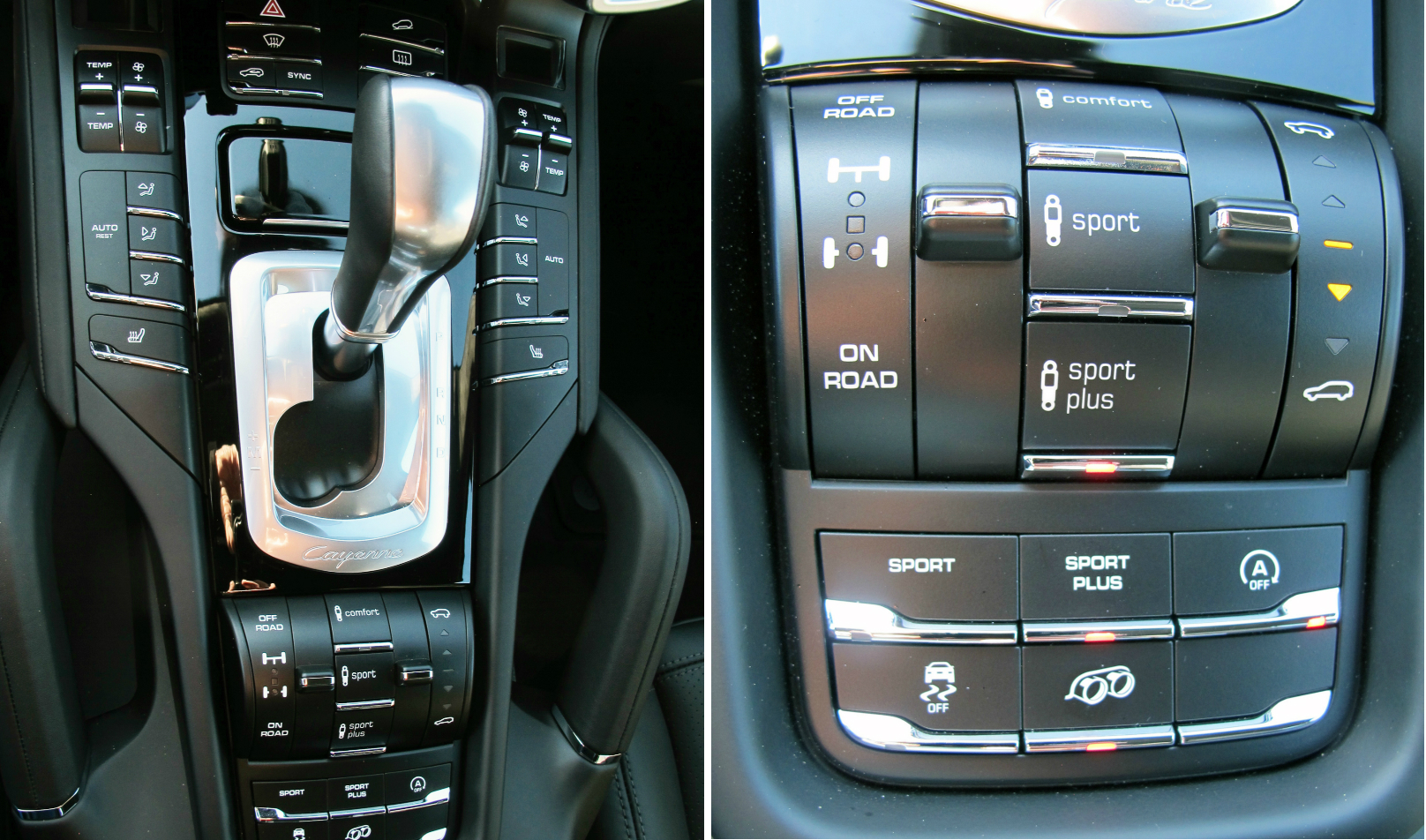 While not the most powerful, being a GTS it gets the things that make it the most responsive Cayenne regardless of model.

It is no slouch with a 20 hp and 63 lb/ft increase over the V8 it replaced in the first generation model endowing it with a 0-100 km/h sprint time of 5.1 seconds with the Sport Chrono package, which is optional, costing $880 and well worth every penny. 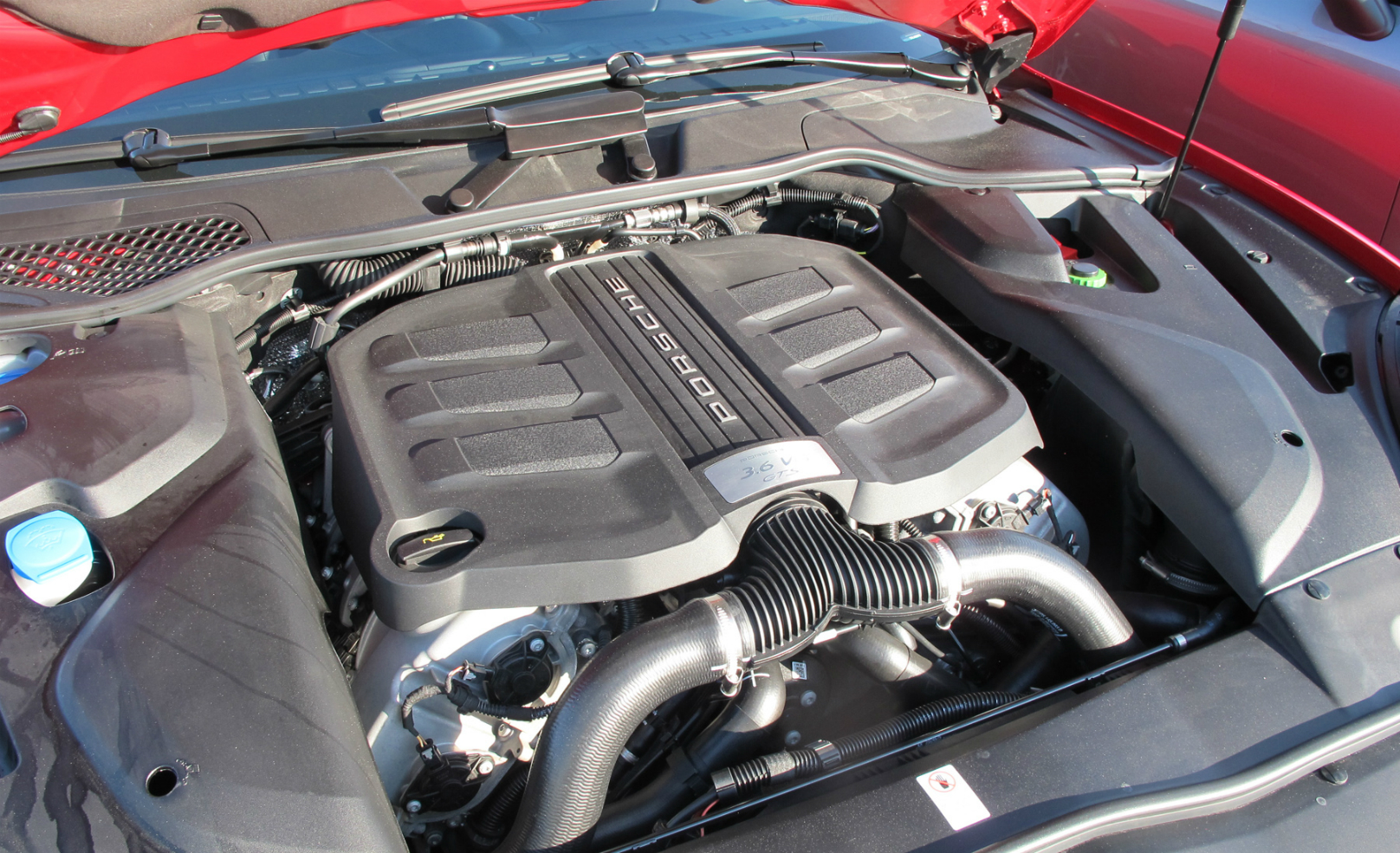 And at no cost is the GTS sport exhaust system with “sound symposer” that unbaffles the gas flow with a touch of a button on the centre console.

Going into and out of a corner at speed provokes the most excitingly fruity burble you can imagine.

The idea of driving Cape Breton’s Cabot Trail was simplicity itself with Porsche Canada supplying three Cayenne GTSs and two Macan Turbos, the latter of which will be subject of a separate review.

There was no long and boring product briefing and no over regimented drive route orders. Porsche figured we were all pros and we knew what, and what not to do.

The two days of driving were all beneath cloudless skies with a cool, constant wind blowing in off the Northumberland Strait, sending countless lobster fishing boats bobbing between scattered white caps. 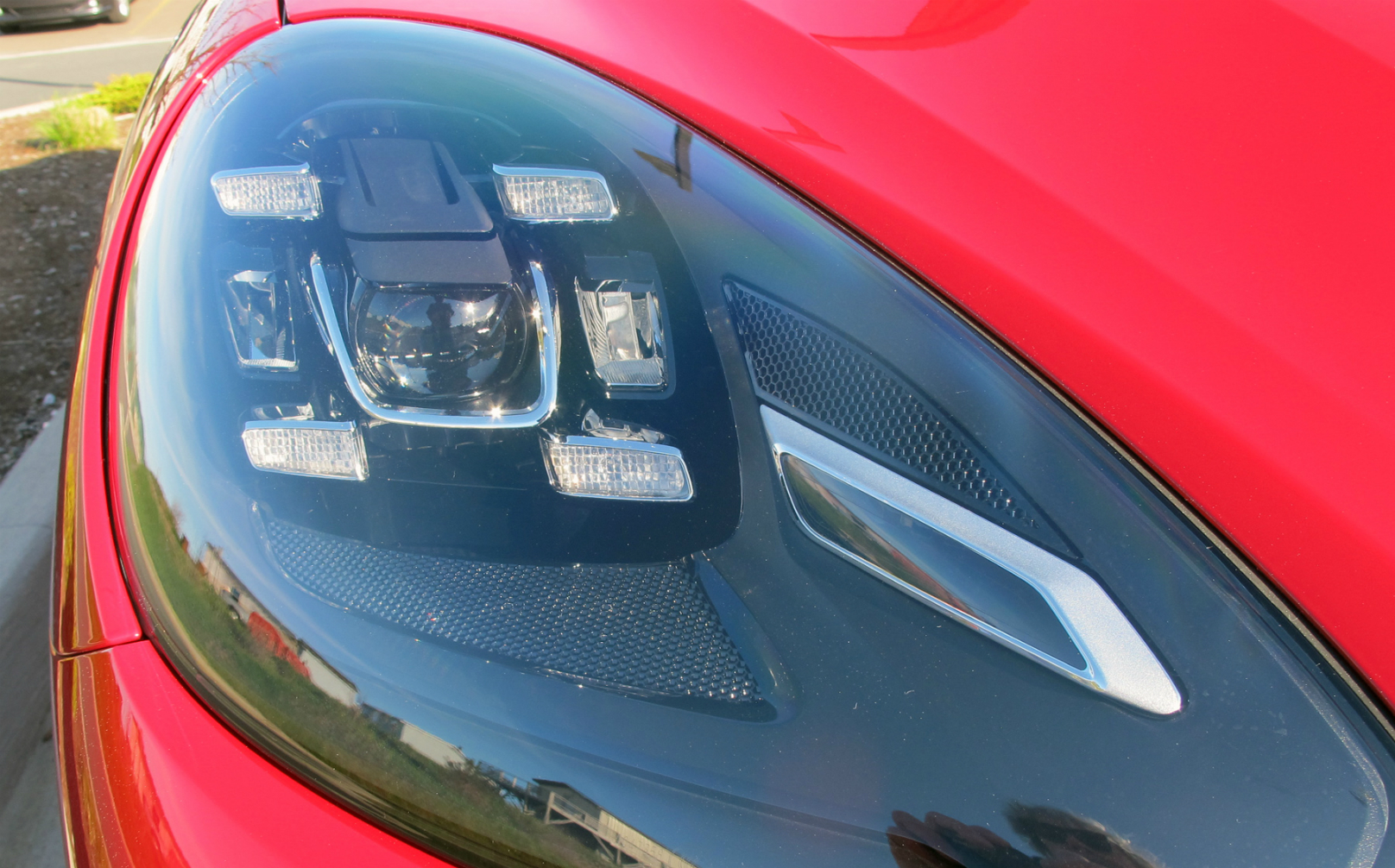 Sitting 20 mm lower than the standard Cayenne; this GTS had a sinister look about it that arrested the eye.

Despite its size and weight (2,110 kg, 4,652 lb), the Cayenne is rewardingly nimble, thanks in no small part to the standard air suspension which includes the Porsche Active Suspension Management (PASM) system soaks up anything the road can throw at it.

And if you need to go into the woods, the Cayenne GTS is more than up to the challenge with an off-road ride mode and ride height positions selected by toggles on the centre console. 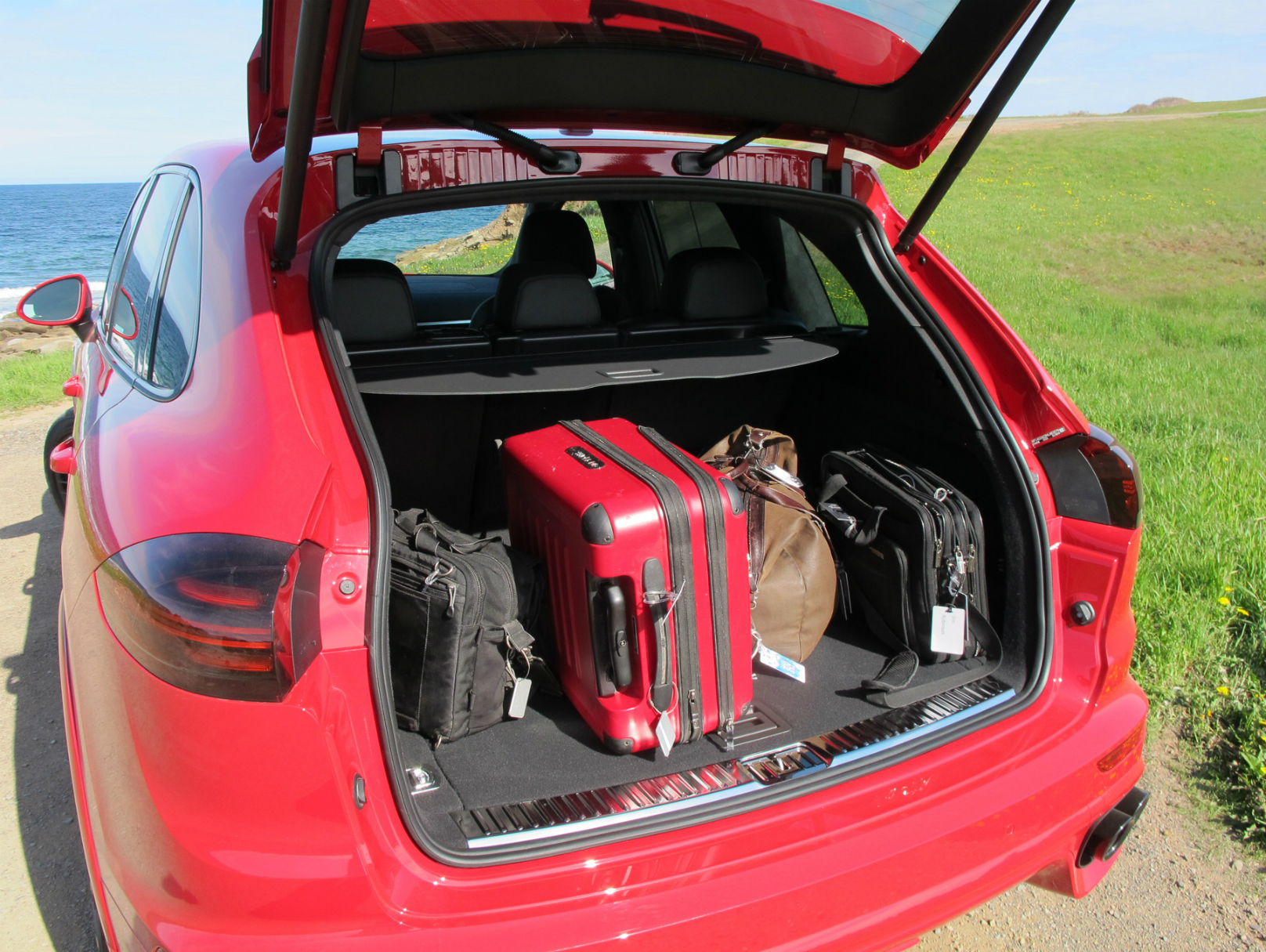 My co-driver is one of the most experienced driver/writers in the country and he tossed the Cayenne around like a rag doll, but there was no drama, thanks again to the PASM.

My turn at the wheel seated in the big standard sports buckets with Alcantra leather was like driving in an armchair.

Every input brought exactly the response I was expecting.

Being a CUV, vision was good through all quadrants especially to the front.

But most of all it was relaxing and I arrived refreshed at my destination, which brought thoughts of how nice this Cayenne would be to drive across the country.

The 2017 Cayenne GTS proved that a crossover does not have to be a performance pushover, and is a vehicle that still retains the spirit that Dr. Porsche intended. 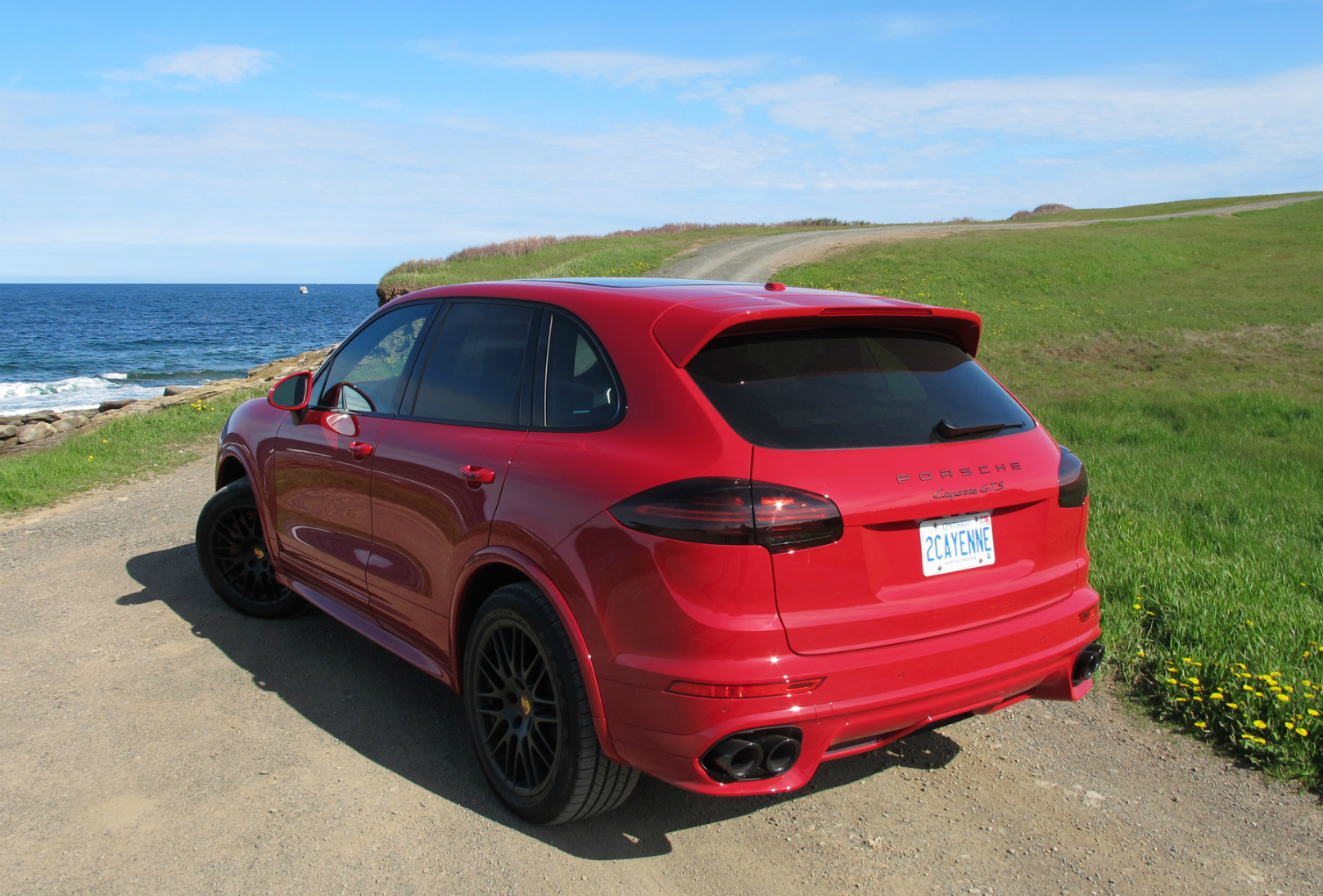