Jaguar has managed to build a crossover that is more than pleasing to the eye than many of its peers while giving it the handling and performance of a legitimate sports car.

I was a bit apprehensive when I first saw the F-Pace at its unofficial launch at the 2015 Tour de France (on TV).

And even after seeing more pictures of it, I was still a bit wary of Jaguar breaking into the SUV market — the Range Rover half of the brand looks after that side.

It wasn’t until I saw it in person I realized two-dimensional photos do not do its three dimensions justice.

The styling is very much Jaguar, although it has been promoted as taking its design lines from the F-Type. I see more of the XE at the front with some F-Type influences at the back through the long sweeping taillights.

Although higher than its sedan siblings, it certainly doesn’t look out of place in the Jaguar line-up.

The R-Sport model is more pleasing to the eye. 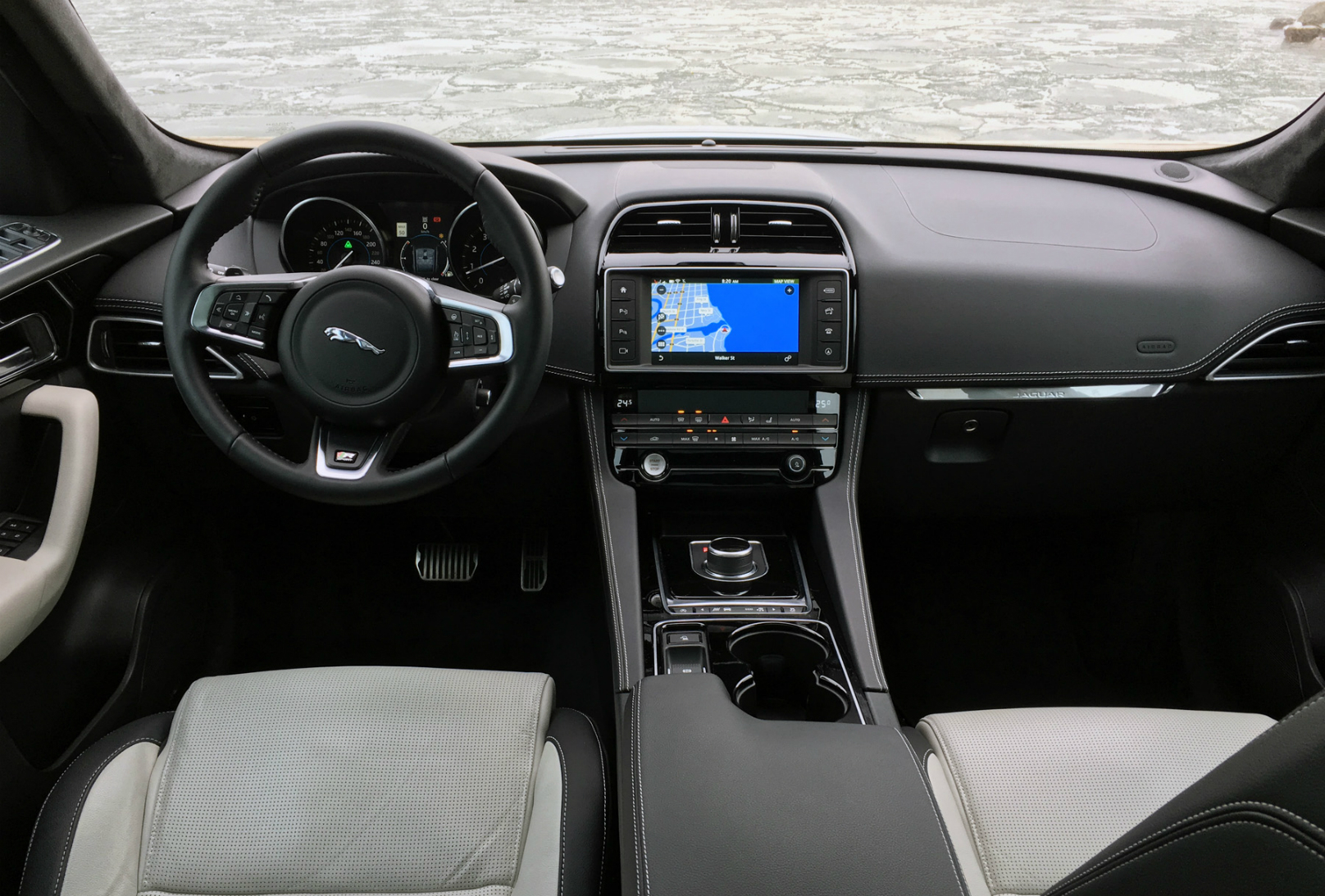 The aggressive front-end has a muscular stance accentuated by the large grill and dark air ducts that stood out against the glacier-white paint job. Overall, the sporty look makes it one of the better looking in its class.

The interior is up to Jaguar’s usual high standards and was liveried in a very pleasant two-tone ebony and oyster leather accentuated by the extra light coming through the panoramic moonroof panel.

The cabin is both luxurious and sophisticated with plenty of space up in all positions. This particular Jag came with the comfort and convenience packages that included cooled/heated seats front and rear seats. 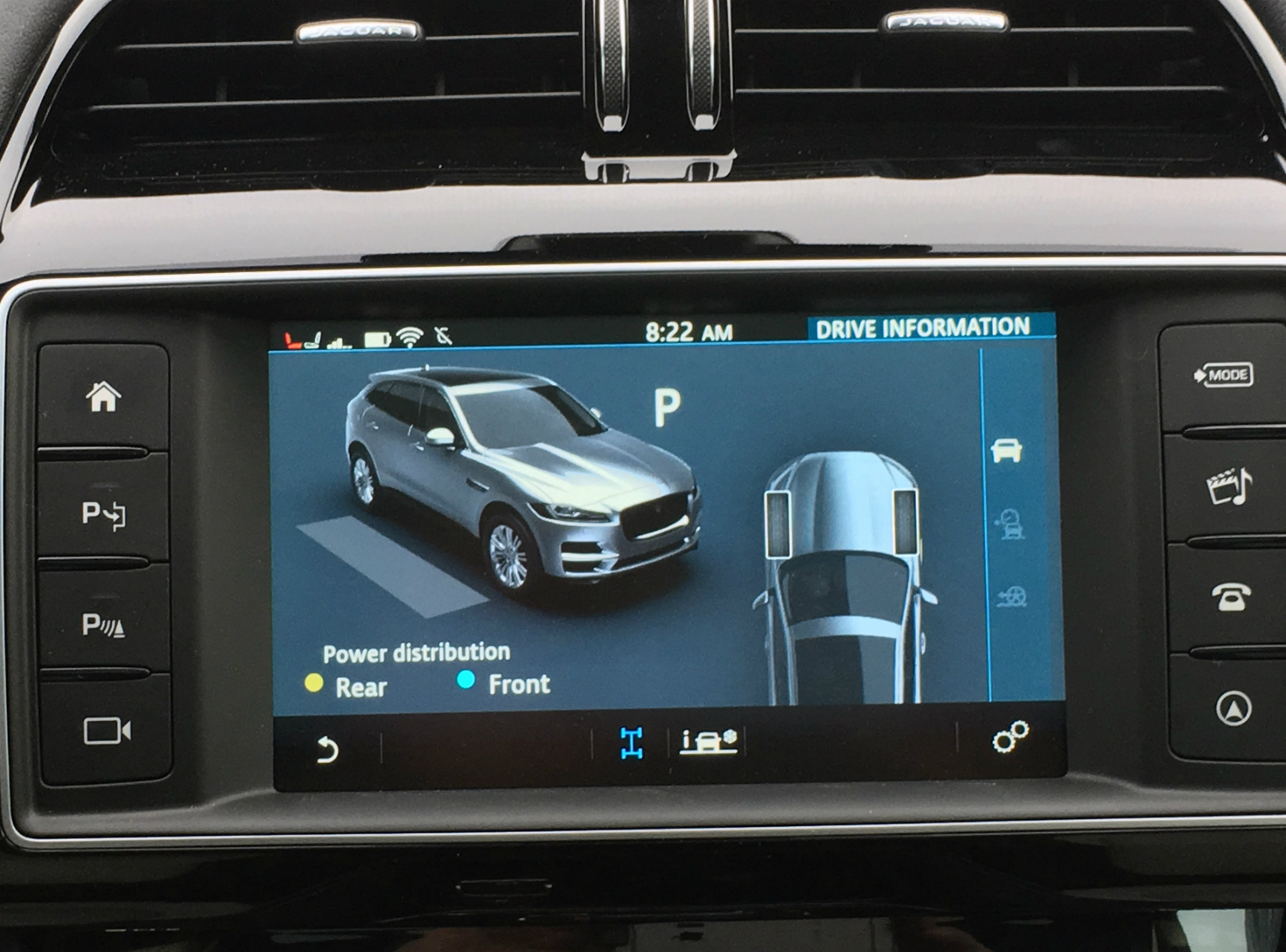 The latter have nifty power recliners. The supportive and comfortable 14-way sport bucket seats bring a great driving position and impart the sense the F-Pace is more sports car than crossover.

All controls are logically placed and within easy reach.

The dash features the optional InControl Touch Pro infotainment system that has a 10.2-inch touch screen display. The driver benefits from a 12.3-inch HD instrument cluster with full-screen navigation display.

This model also came with a head-up display. Connectivity is another priority, with the available InControl Wi-Fi that can support up to eight devices.

An option that I particularly liked was the interior mood lighting. It comes in 10 different colours, which imparts an attractive aura to the cabin at night.

If there is one fault, it is the placement of the window controls. They are situated way too high on the door panels, especially on the driver’s side.

I found myself hitting the seat memory buttons time and time again instead of opening the windows.

This F-Pace came with all the bells and whistles including a heated windshield and washer jets, blind spot monitoring, surround camera system, park assist and intelligent emergency braking, to mention a few.

The R-Sport comes with the same supercharged 3.0-litre V6 that powers the F-Type and produces 340 hp and 332 lb/ft of torque. 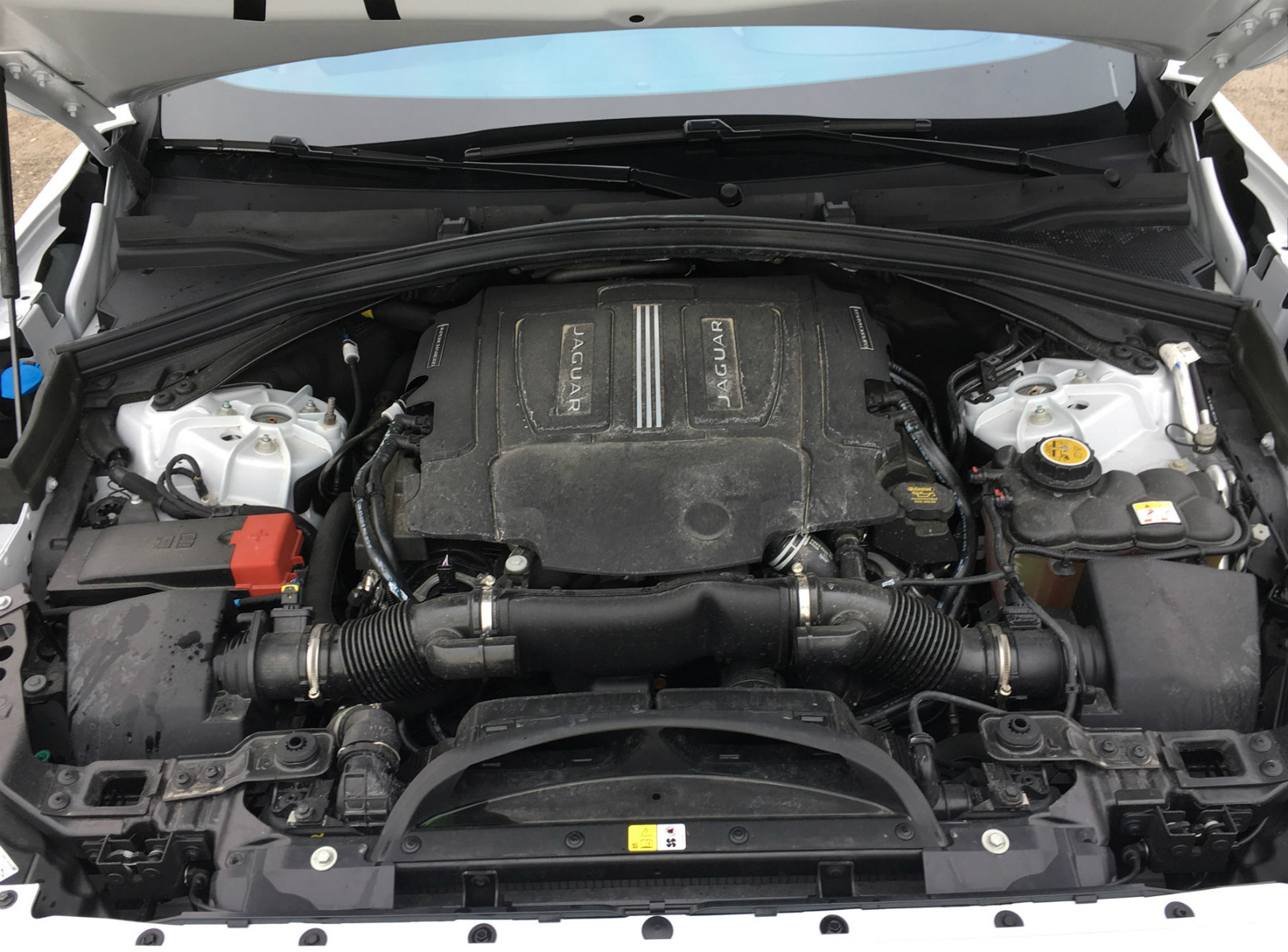 It is matched up to a very smooth eight-speed automatic transmission. The engine is quiet under power, but rumbles with a lovely throaty sound when pushed harder. Acceleration is swift with the gear changes being seamlessly smooth.

The all-wheel drive system in the F-Pace is of the on-demand type, pushing 100 per cent of torque to the rear wheels under normal driving conditions.

As soon as slippage is detected it distributes the power 50:50 between the axles. Also part of the package is All Purpose Progress Control, it works like a low-speed launch control to help manage traction at speeds between 3.5 and 30 km/h dependent on the driving surface. 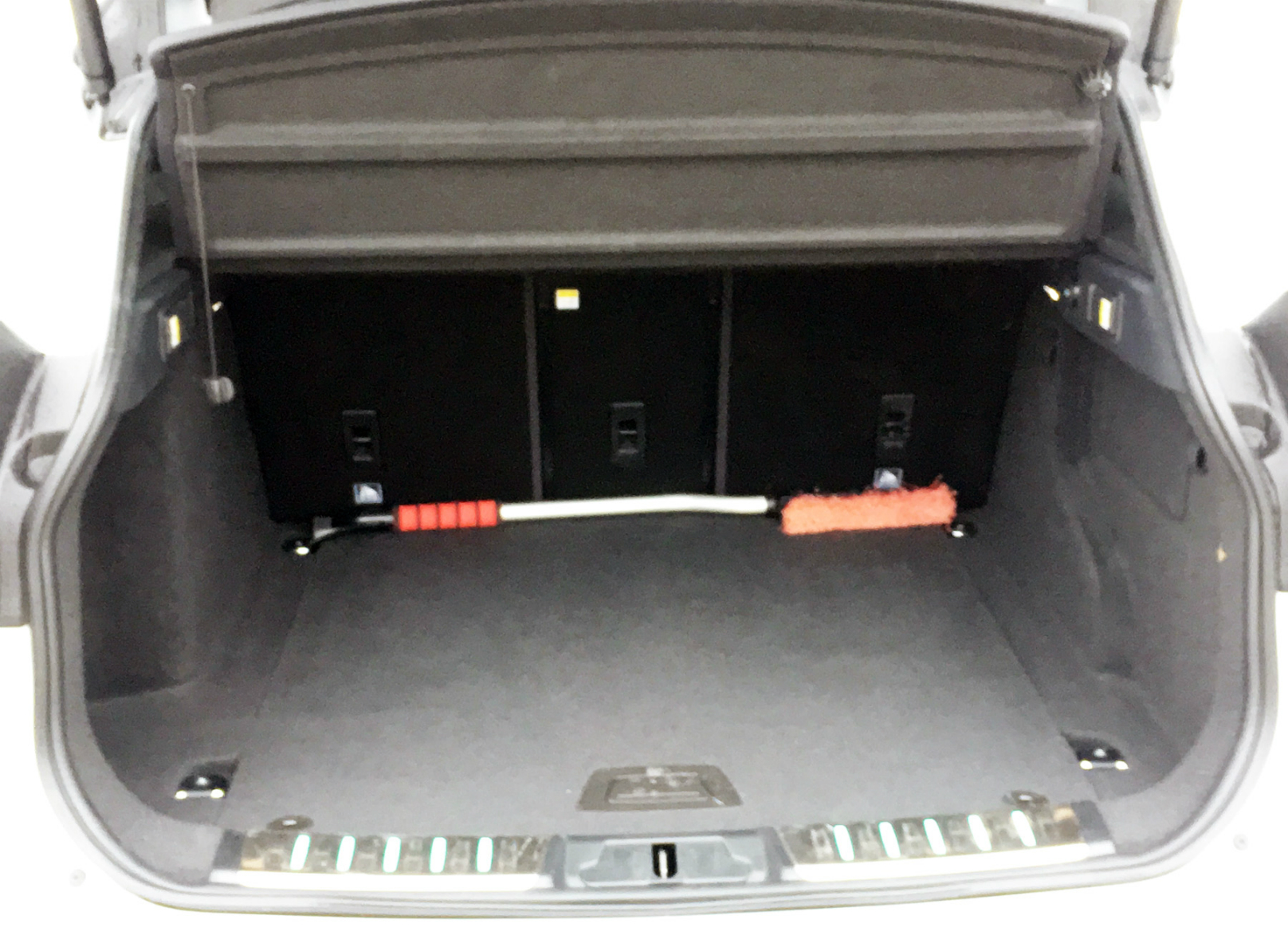 On road, the F-Pace handles like a lighter, tighter sedan that a roomy crossover.

It is built on the same aluminum-intensive platform as the XE, with more than three-quarters of the structure being aluminum.

This helps to bring a near perfect 50:50 weight distribution, which makes the handling superb for a crossover especially when pushing into the corners. 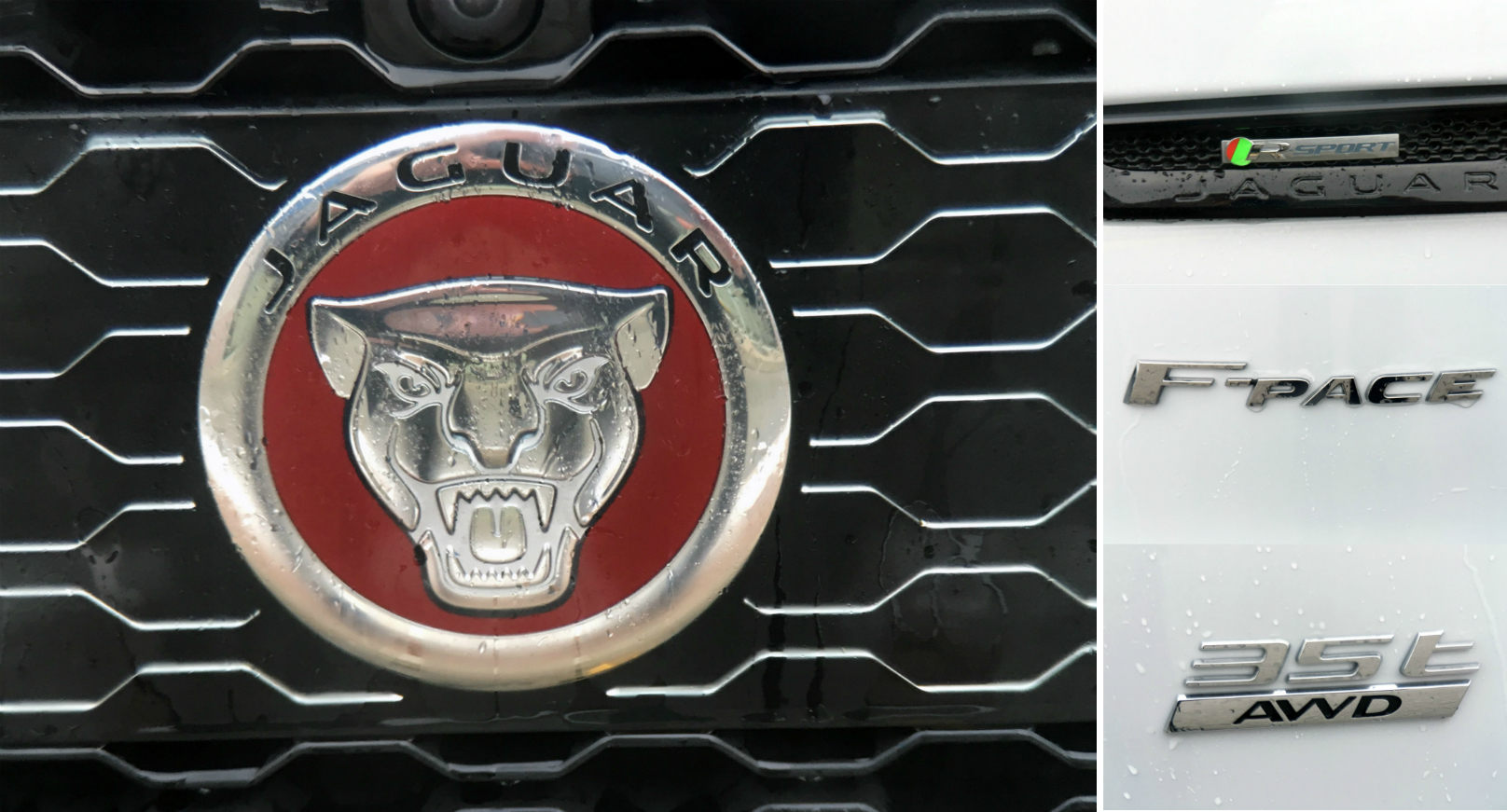 There wasn’t any noticeable wind or road noise at highway speeds and in the city the ride was as smooth as to be expected when trying to avoid the inevitable potholes that litter the roads.

Overall, Jaguar has managed to build a crossover that is more than pleasing to the eye than many of its peers while giving it the handling and performance of a legitimate sports car.

Where the F-Pace differs is the fact it can carry on after the paved road ends. 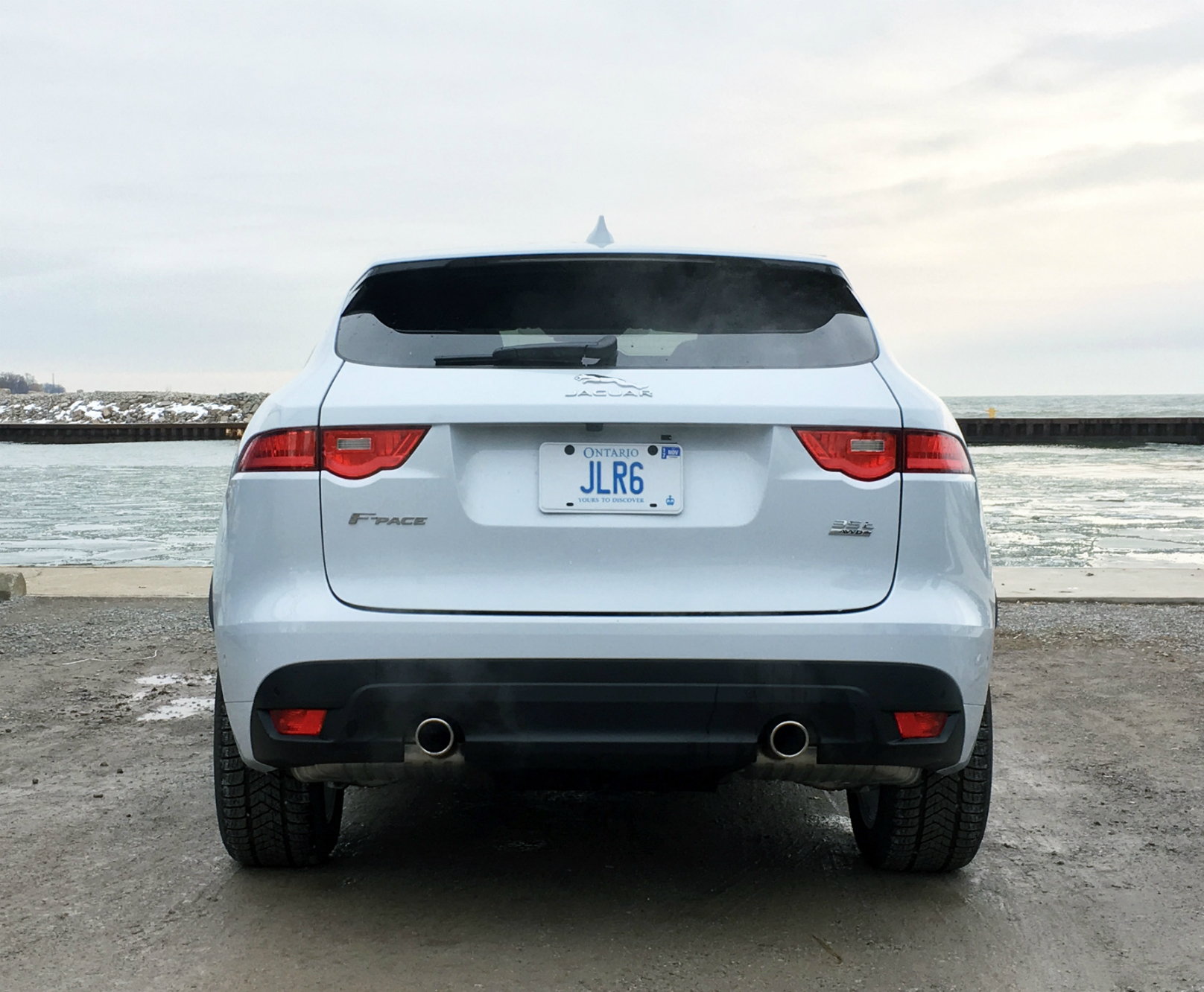