The Evoque’s taut, sleek profile garnered a lot of attention from buyers, winning new sales for Landie’s entry-level ute by sacrificing back-seat comfort and cargo space in the name of fashion.

There’s no question Land Rover wrote the book on utility – English farmers used its early 4×4 models to plow their fields – but it didn’t always know how to add “sport” to the SUV equation.

Its unibody Freelander compact, imported here in 2002, was a dud thanks to faulty head gaskets that allowed vast quantities of coolant to disappear, and an automatic transmission that was notorious for checking out early. The air conditioner broke regularly and, to add insult to injury, the fan sometimes spit water at occupants.

The all-new 2012 Evoque made use of a front-drive Ford platform that underpinned the Focus and various Volvos, which explained the presence of a direct-injection 2.0-litre four-cylinder turbo under the hood, an EcoBoost variant. The Evoque was impressive – it was anointed North American Truck of the Year – but old habits die hard. Owners reported faulty transmissions and air conditioners, failed turbochargers and electrical snafus.

The Evoque’s taut, sleek profile garnered a lot of attention from buyers, winning new sales for Landie’s entry-level ute by sacrificing back-seat comfort and cargo space in the name of fashion. That got Land Rover – now owned by India’s Tata – thinking about a roomier version.

The Discovery Sport was the product of that pondering. While 24 centimetres longer than the Evoque, but still shorter overall compared to competitors like the Audi Q5 and BMW X3, it’s a better proportioned and usefully sized Evoque for people who have families and stuff to lug. 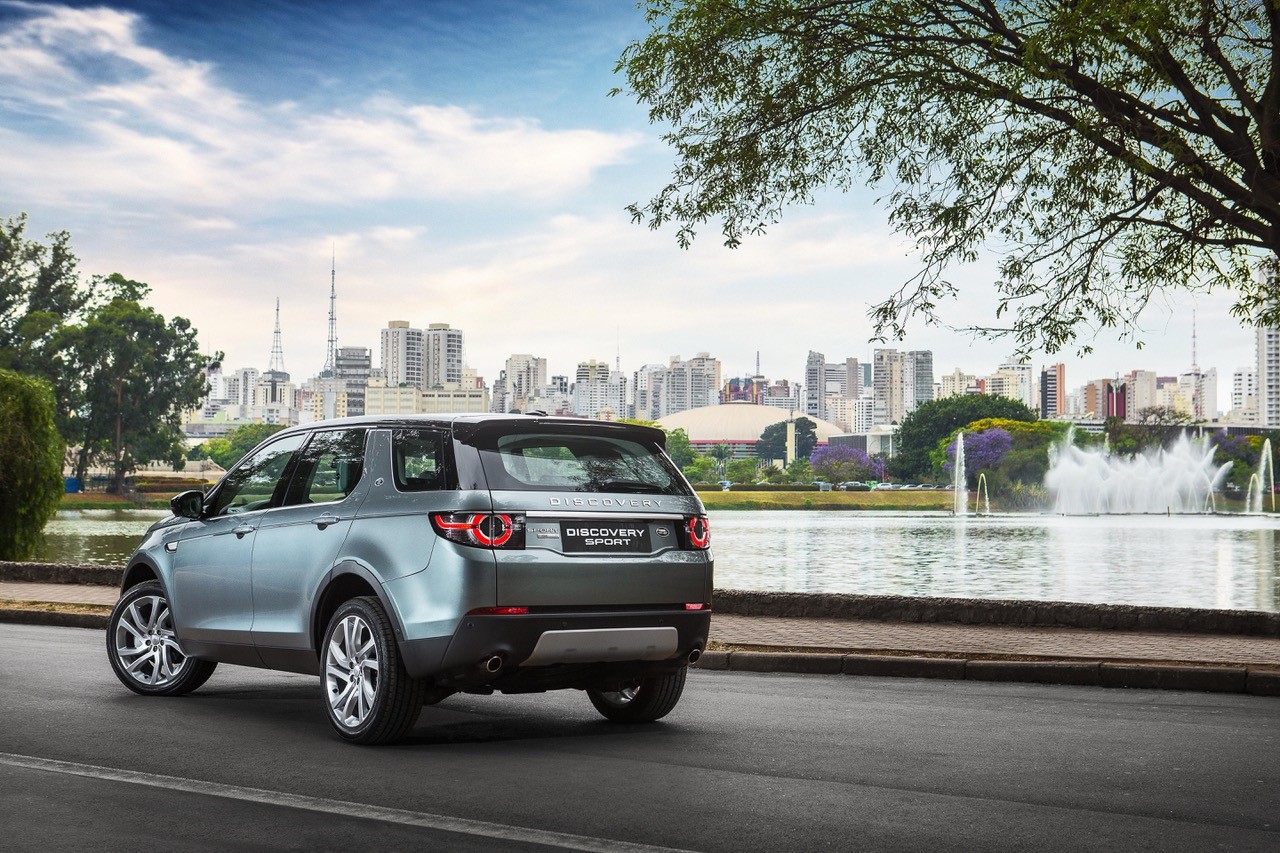 The back seat is commodious with enough room for six-footers to sit behind other six-footers. The 60/40-split bench both reclines and slides – a rarity. It’s also mounted five centimetres higher than the front seats to provide a better view for its occupants. Cargo space is about average for the segment. Some models have optional third-row seating, suitable for youngsters, but really, look elsewhere if you’re planning to carry seven passengers regularly.

Motivating the Sport is a familiar engine: the same all-aluminum 2.0-litre turbocharged four that debuted in the Evoque almost a decade ago, producing 240 horsepower and 250 pound-feet of torque. The lone transmission is a ZF nine-speed automatic that’s known for its harsh upshifts and slow downshifts. Together with the four-cylinder and its inherent turbo lag, the drive can be a little, well, jerky.

“I hate the turbo lag. It’s very dangerous when pulling into traffic or needing acceleration for lane changes,” the owner of a 2019 model posted online. “You push the pedal and for a few seconds nothing happens, and then a big jerk.”

While the Sport lacks hardcore hardware such as a low-range transfer case or locking differentials, it features the standard Terrain Response all-wheel-drive system that allows pilots to claw their way through slippery snow, muck or rough forest trails by adjusting various vehicle parameters for optimum traction on different surfaces.

The strikingly handsome Discovery Sport was a hit in showrooms and earned a bunch of  upgrades in subsequent years to make it an even more fetching buy. In 2017 it received a newly optional InControl Touch Pro infotainment system that’s substantially faster with better graphics on a 10-inch screen and redundant menu buttons for ease of use. 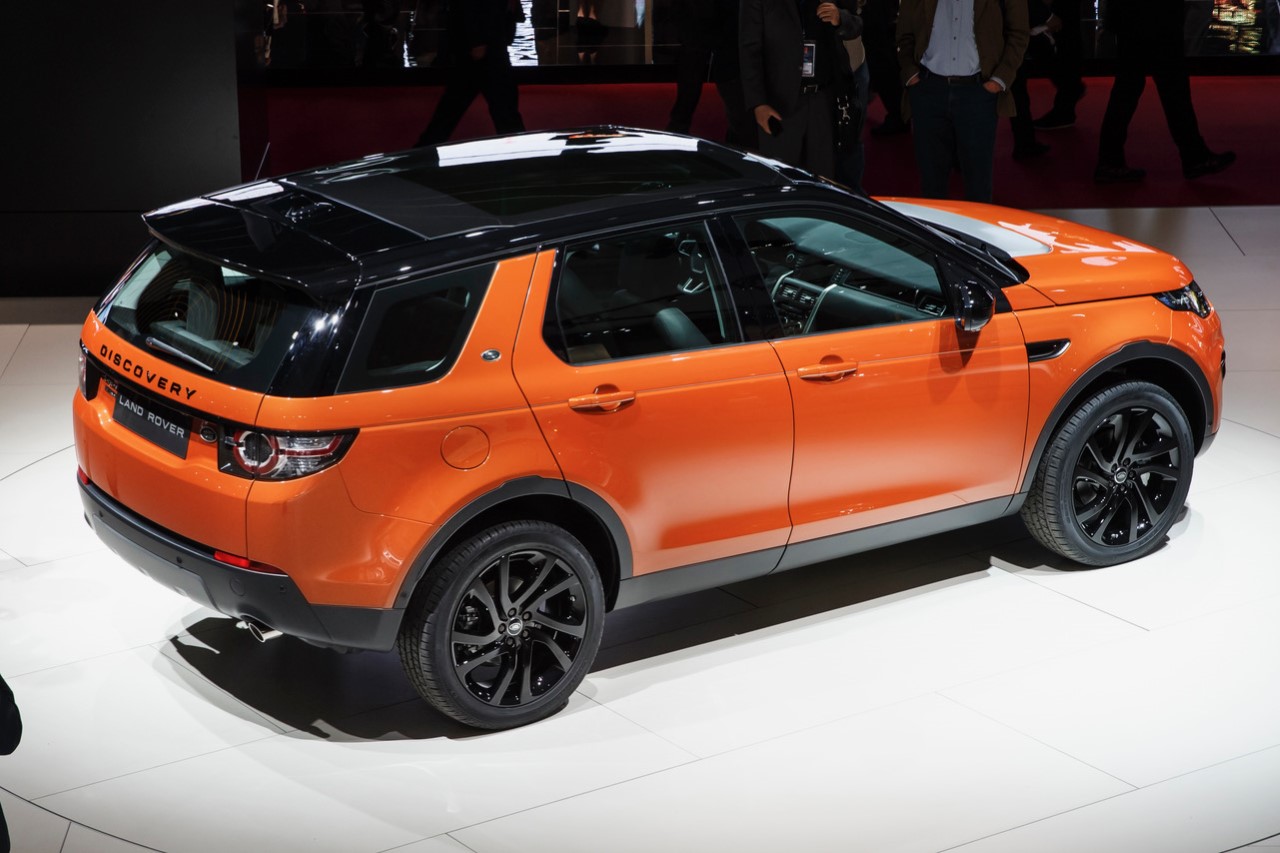 More power arrived for 2018 in the form of a new turbocharged 2.0-litre four-cylinder in two strengths: the base engine made 237 horsepower and 251 pound-feet of torque, while the version in the HSE and HSE Luxury trims churned out 286 hp and 295 lb-ft of torque. Revised front seats supplied better comfort. New options included an adaptive magnetic suspension, blind-spot monitoring and adaptive cruise control. Additional driver-assist tech packages were also made available across the model range.

After five years on the market, the Disco Sport got a thorough refresh for 2020. With 60 per cent of its components updated, it almost felt like a full redesign. Along with revised exterior styling, a new infotainment display, digital gauges, multifunction controllers and added tech inside bring contemporary flair and better usability. The turbo four got reworked again, yielding 246 horsepower in standard form and 286 hp when combined with a mild-hybrid system to eke out better mileage.

Despite its Sport moniker, there isn’t much athleticism to match the Disco’s muscular look. Tipping the scales at nearly two metric tonnes, its mass puts this Landie at a distinct disadvantage. Zero to 97 km/h comes up in a ho-hum 7.8 seconds – that’s Honda CR-V territory and more than a full second slower than a four-cylinder BMW X3 can do. However, newer Disco Sports with the upgraded 286-hp turbo can do the deed in 6.6 seconds, putting it squarely in the hunt with competitors.

The Sport disappoints in other ways. As noted, ZF’s automatic transmission can be reluctant to downshift, which can be annoying when trying to merge with fast-moving traffic. While the Sport’s ride is smooth enough on good roads, it can get tripped up over bumps. The ride on the standard suspension is brittle and out of place in this class; the adaptive suspension might be worth a test drive. Some may wish to find a model with the standard 18-inch alloy wheels and forgo the optional 20-inch rims.

The Disco Sport exhibited considerable understeer with 0.78 g of lateral acceleration on the skidpad. Virtually every competitor in the segment has more sticking power – another indication of the Rover’s excess mass. There’s also more road noise than in some other luxury models. And don’t let the Sport’s four-cylinder engine mislead you into thinking it must be fuel efficient by design. Owners have a lot to say on the subject.

“This four-cylinder car is a gas guzzler. It uses up gas like it was an eight-cylinder. I’ve been filling the tank every 3-1/2 days. I was told I would get 25-30 miles per gallon. I’m only getting 17-19 miles per gallon,” one owner griped online about his city commute.

Reliability has not been the British automaker’s strong suit. JD Power’s seminal dependability studies have placed Land Rover near the bottom of the brand rankings for years, and the Disco Sport ownership experiences posted online bear that out.

The inaugural 2015 and the 2016 models seem to exhibit the most mechanical problems, which include faulty coolant pumps, bad injectors, foul-smelling air conditioners, transmission woes, dead batteries and electrical problems, as well as loose trim pieces and interior creaks and rattles.

“I have had this car into the dealer several times, starting with a coolant leak, failed water pump, computer system failures. One cylinder lost compression at 93,000 kilometres,” complained the owner of a 2016 model. “They replaced the engine. I took an $8,000 loss on this car.”

Newer Sports appear to have fewer problems, hopefully evidence of better quality control at the Liverpool factory. Still, the ZF transmission can be jerky, the coolant could end up on the driveway and the air conditioner may give up the ghost too soon. Sound familiar? The complaints resemble those of unhappy Freelander and Evoque owners that came before.

Used shoppers would be wise to steer clear of the beguiling Discovery Sport. As attractive as it is, chances are it will provide second owners with plenty of big repair bills after the warranty expires. There’s no shortage of better made utes out there that will respect your wallet.