As the successor to the venerable Beetle, Volkswagen could not have dreamt up a more diametrically opposed automobile than the first-generation Golf that debuted 45 years ago.

Designed by Italdesign’s Giorgetto Giugiaro, the Golf was all crisp lines and flat planes, while the scabrous Beetle was all about the arc. Rather than having an air-cooled engine at the back powering the rear wheels, the Golf sported a water-cooled, transverse-mounted engine under the hood driving the front wheels.

The Golf was engineered to race along the Autobahn all day long at 160 km/h; the Beetle could scarcely hit that speed falling off a cliff.

Sales of the outdated Beetle had waned in Europe by the late 1960s, and VW was eclipsed by rival Opel as West Germany’s biggest automaker. The Golf would become the company’s savoir, eventually selling more than 30 million hatchbacks and counting.

Unfortunately, what sells well elsewhere isn’t always a hit in North America (think Nutella and Eurovision). As smartly designed as each successive generation of the Golf has been, durability has been lumpy.

“I loved driving the car, but not the constant stream of problems. I traded it away after two years,” writes a former owner online. “The VW brand does not have a reputation for reliability in the U.S.”

Volkswagen ranked well below the industry average in J.D. Power’s dependability studies for many years. Stung by enduring criticism – and a stunning emissions scandal – it seems VW is listening and striving to do better. As evidence, let’s dissect the current generation of the Golf.

On sale in Europe since late 2012, the seventh-gen Golf arrived around these parts in late 2014 as a 2015 model. To the untrained eye the car looked a lot like the old one, yet everything was new. Riding on Volkswagen’s exceptionally rigid MQB architecture, it was crafted to drive like the well-bred European auto that it is.

VW incorporated a traditional (and cheaper) torsion beam rear suspension in place of the previous independent suspension system, due to the need to make room for the diesel emissions fluid (DEF) tank in TDI models. Electrically assisted power steering also came to the Golf, but it remained sharp and communicative, if a little light in feel.

The Golf initially came in both two-door and four-door hatchback configurations. The wheelbase was stretched almost 6 centimetres, overall length grew about 5 cm and the roof was 3 cm lower. The new car’s added leg- and shoulder room made the cabin feel big, although the low-mounted rear seat cushions are best suited to smaller passengers. The split-folding rear seats lay fairly flat to reveal 15 per cent more cargo space than the old Golf had. 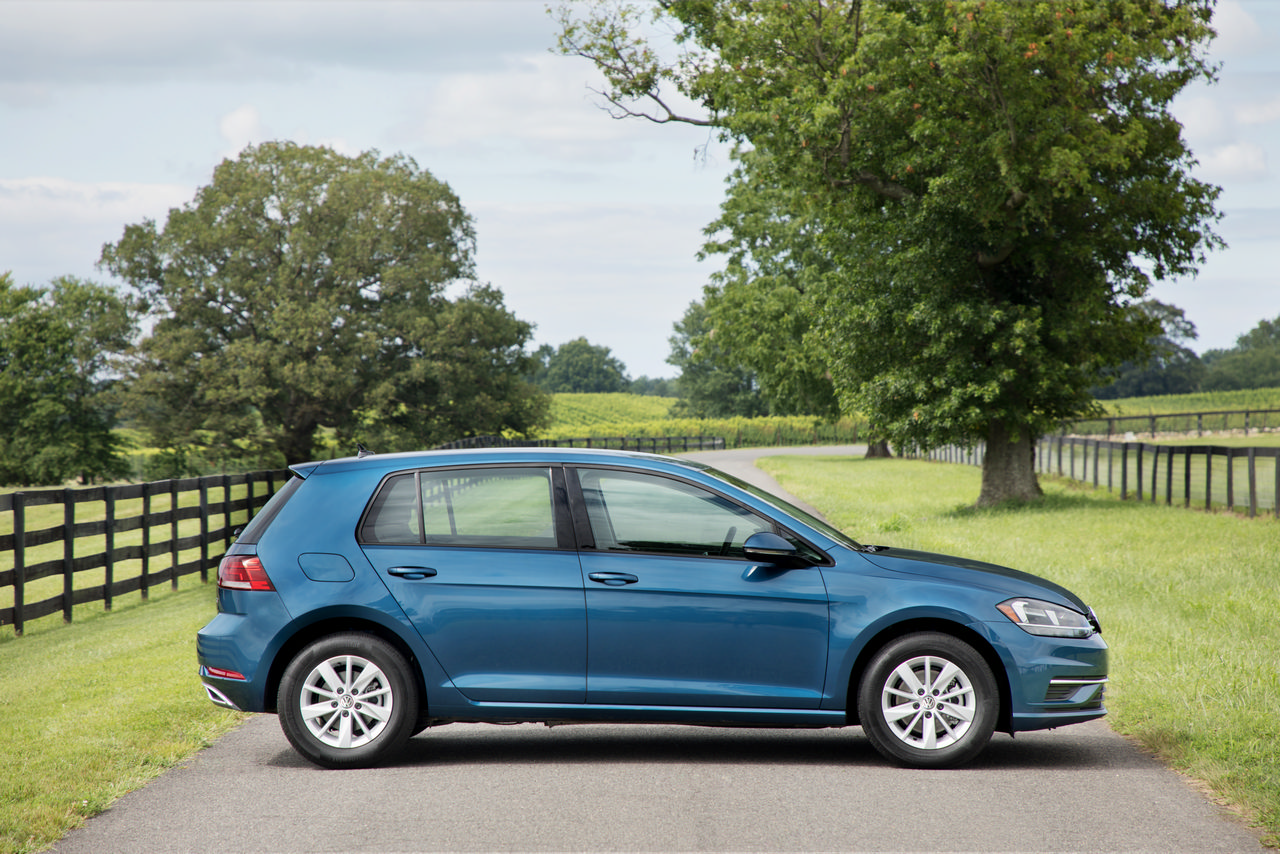 The rectilinear dashboard is canted toward the driver, and the instrument panel is clad in soft plastics with fine graining. The seams and finishes are impeccable, so much so that an Audi owner would feel at home. The 5.8-inch touchscreen and switches are placed close at hand and provide intuitive operation. Outward visibility all around is excellent, making it simple to park.

“The doors close with a solid thud and overall the car feels more expensive than it is. There are a lot of small touches that are really cool, like the cooled glovebox, carpet-lined bin in the doors, and rear-view camera that deploys from the logo when in reverse,” posted one owner of a 2016 model.

Motivating the Golf is an iron-block 1.8-L four-cylinder turbocharged gasoline engine that’s good for 170 hp and 200 lb-ft of torque. It replaced the former oddball 2.5-L DOHC five-cylinder engine. The 1.8 works with a five-speed manual transmission or six-speed automatic. 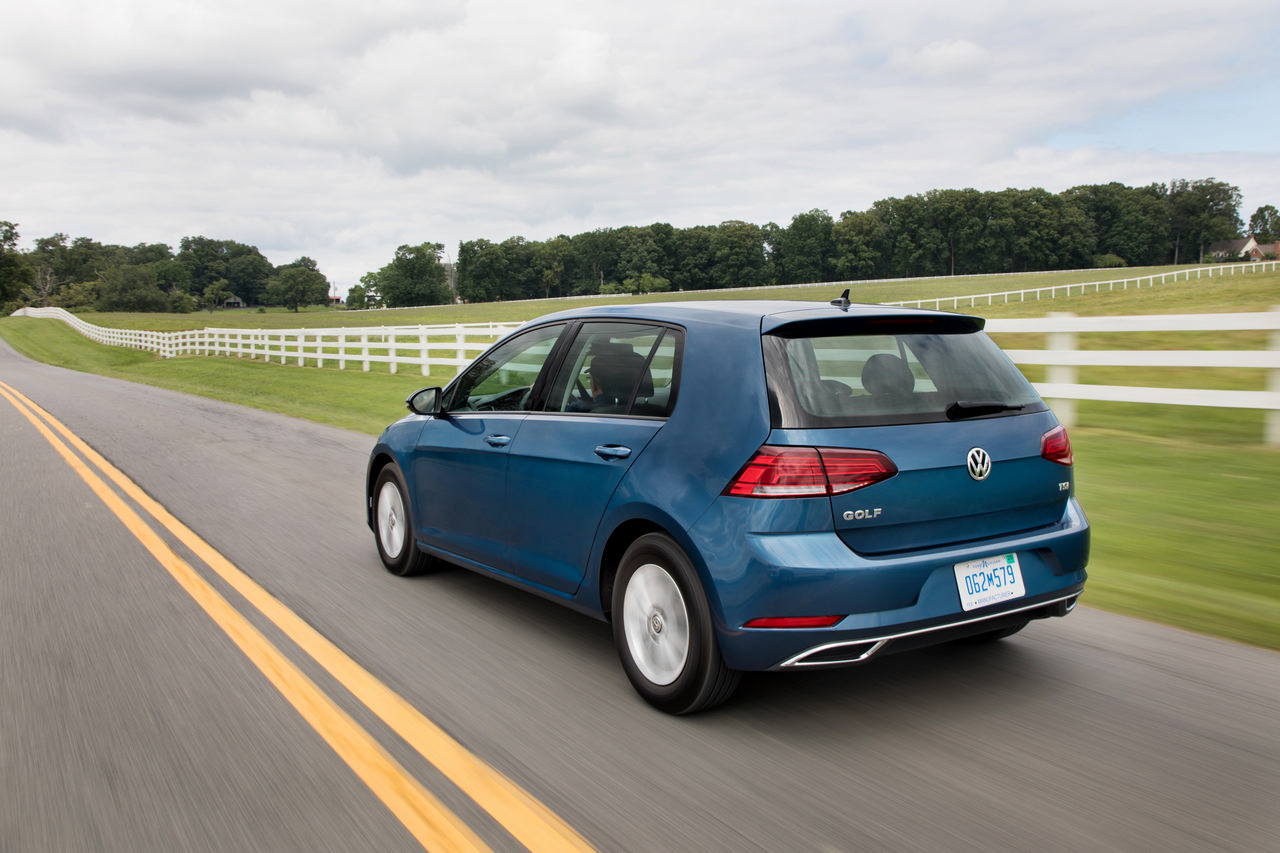 TDI models used an updated 2.0-L four-cylinder turbodiesel that produces 150 hp and 236 lb-ft of torque. It came tied to a six-speed manual gearbox, while a six-speed automated manual transmission (VW’s DSG) was optional.

The Golf received great crash-test ratings from both the U.S. government (NHTSA) and the Insurance Institute for Highway Safety. Newer Golfs gained active safety features, such as automatic braking, but the suite of technology is not as comprehensive as those offered in some competing models.

A new touchscreen interface, introduced for 2016, was quicker and more responsive to inputs than the old screen, and added Apple and Android smartphone integration. And there was a genuine USB port for the first time, too.

The Golf got a mild refresh for 2018 that included some styling tweaks (principally, LED running lights and tail lamps) and more standard features, including automatic headlights and wipers, and the option of a larger 8.5-inch infotainment touchscreen. 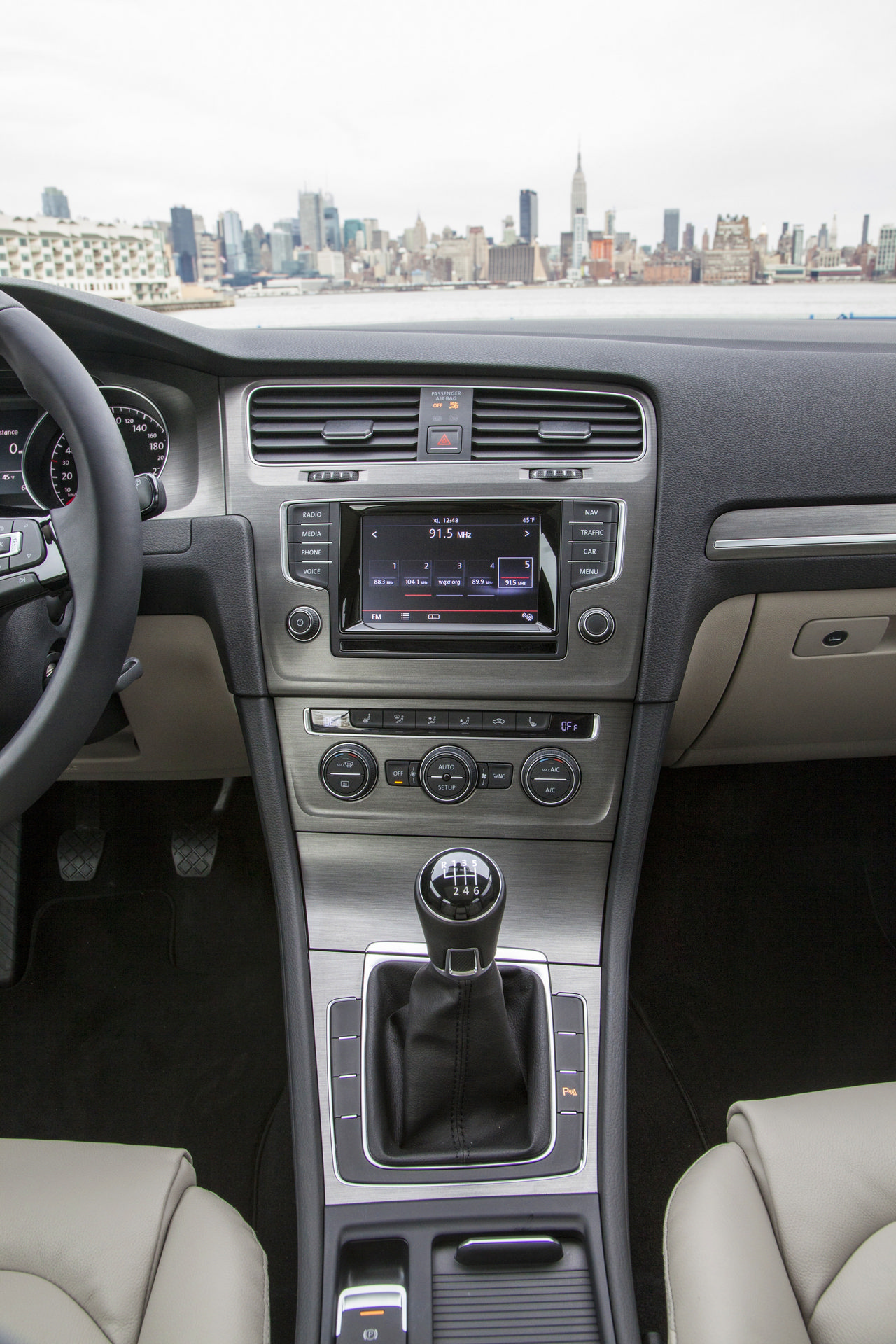 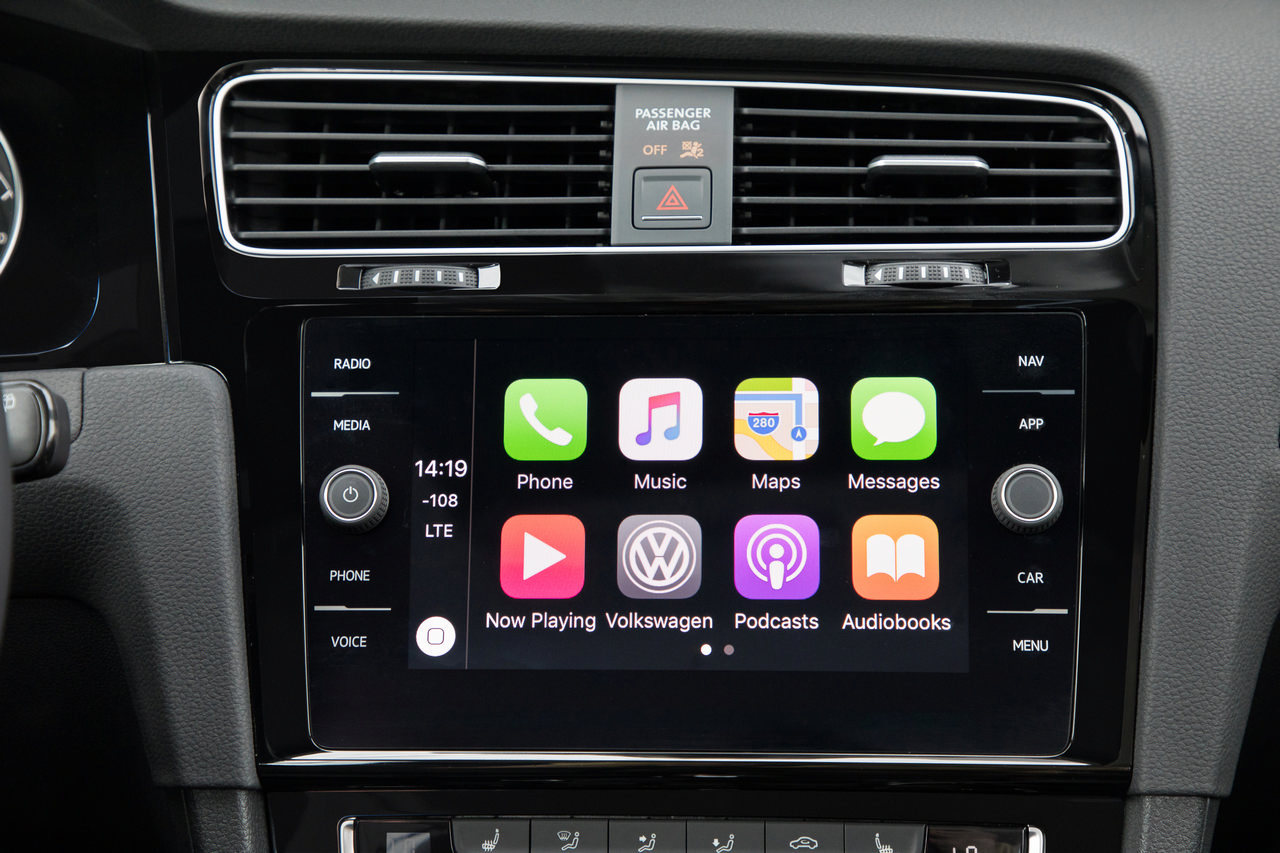 Despite nearing the end of its production cycle, the 2019 Golf benefits from a number of running-gear changes, including the replacement of the 1.8-L turbo four with a smaller 1.4-L turbo engine that makes 147 hp and a robust 184 lb-ft of torque. Also gone are the antiquated five-speed manual and six-speed automatic transmissions, displaced by six-speed and eight-speed boxes respectively.

The Golf feels more powerful than most other compacts in its class. Credit the 1.8 turbo’s very accessible torque peak at just 1600 rpm, which makes the car punchy in city traffic. Turbo lag is minimal. Zero to 97 km/h comes up in 7.7 seconds with the automatic transmission and 6.8 seconds with the stick. The new 1.4-L TSI gas engine attains highway velocity in 7.6 seconds.

The Golf delivers a comfortable and compliant ride that smooths over ruts and potholes, yet it clings to the road and imparts an athletic feel along with strong braking. For a small car it’s exceptionally quiet on the highway. The steering is precise and quick for its class. The Golf goes where you point it, though it doesn’t feel particularly sporty – that’s the mission of the GTI.

“If you are looking for a car that is relatively fun to drive, but do not want to fork out the money for a GTI or Focus ST, the Golf is a superb alternative at a fraction of the price,” one happy driver gushed online. 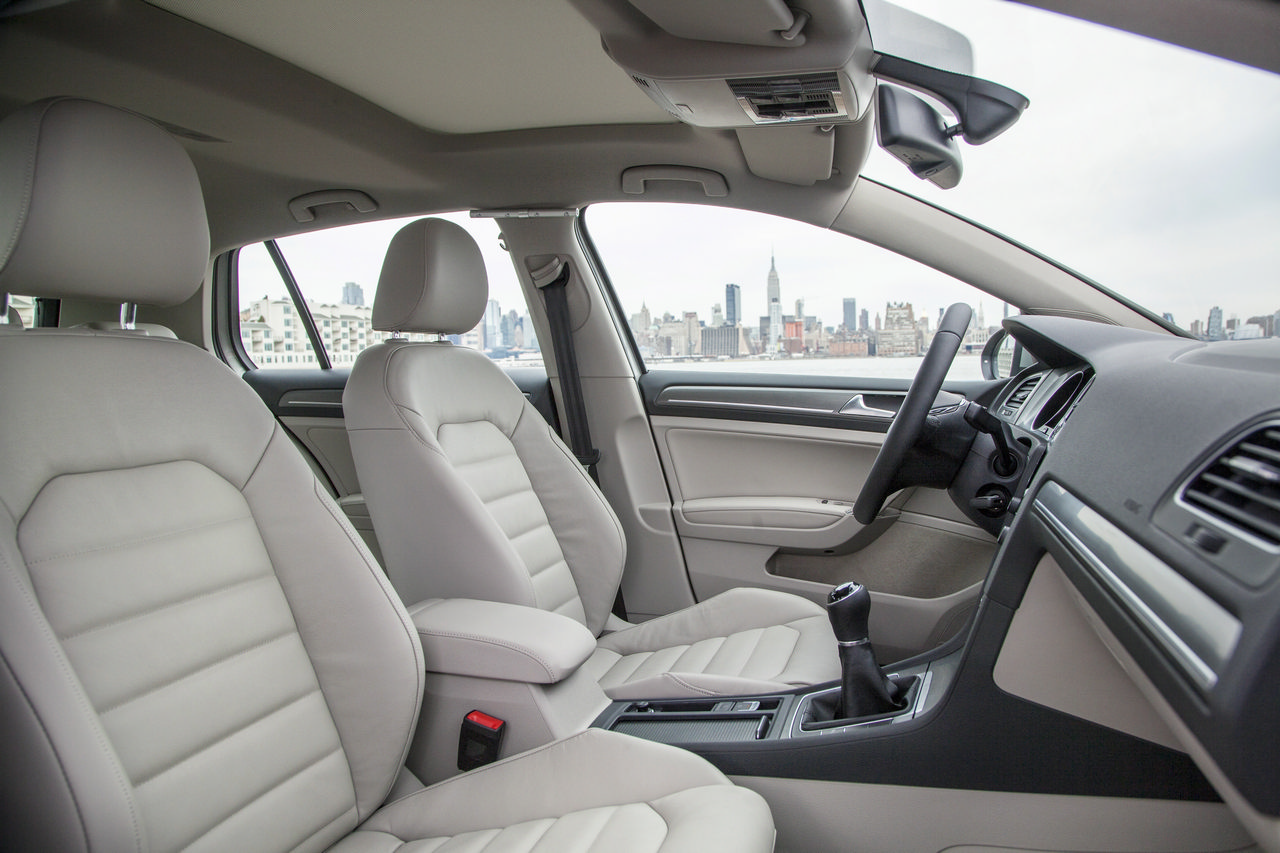 Happier still are all the owners that took notice of their fuel usage. Turns out Volkswagen’s TSI turbo gasoline engines are frugal with regular fuel, especially the 1.4-L version. It exceeded expectations in a real-world fuel economy test, achieving 51 mpg (5.5 litres/100 km).

For a car that had been prized for its efficient diesel powertrain, the latest generation Golf proves there is ample life in the brand after Dieselgate. VW’s new turbo gasoline engines are smooth and refined with just enough oomph to make the daily commute interesting, all while saving hydrocarbons.

Owners relish the Golf’s stout construction, hatchback utility, great fuel economy, interior comfort and European styling. The well-sorted platform makes it a rewarding car to drive, even while loaded with kids and life’s flotsam. It’s easy to see why in much of the world, where car ownership can be punitively expensive, the Golf makes sense as the sole family car.

In terms of reliability, the 2015-2019 Golf models exhibit fewer mechanical setbacks than their predecessors. The single most common complaint has to do with the optional sunroof, which has been known to leak water (inspect the spare-tire well) and even spontaneously shatter.

“Parked car in driveway. In the morning (the) panoramic sunroof was completely shattered. Not an attempted break in, it appears spontaneous, like pressure built up in the glass made it explode,” reads one owner’s discovery. The glass shards are usually found pointing outward, refuting the notion that a stone impact broke the glass.

A Volkswagen sunroof class action lawsuit will continue in California after a federal judge refused to dismiss the complaint. Plaintiffs claim the tempered glass used by VW may be defective and should be replaced under warranty rather than falsely paid through insurance claims. 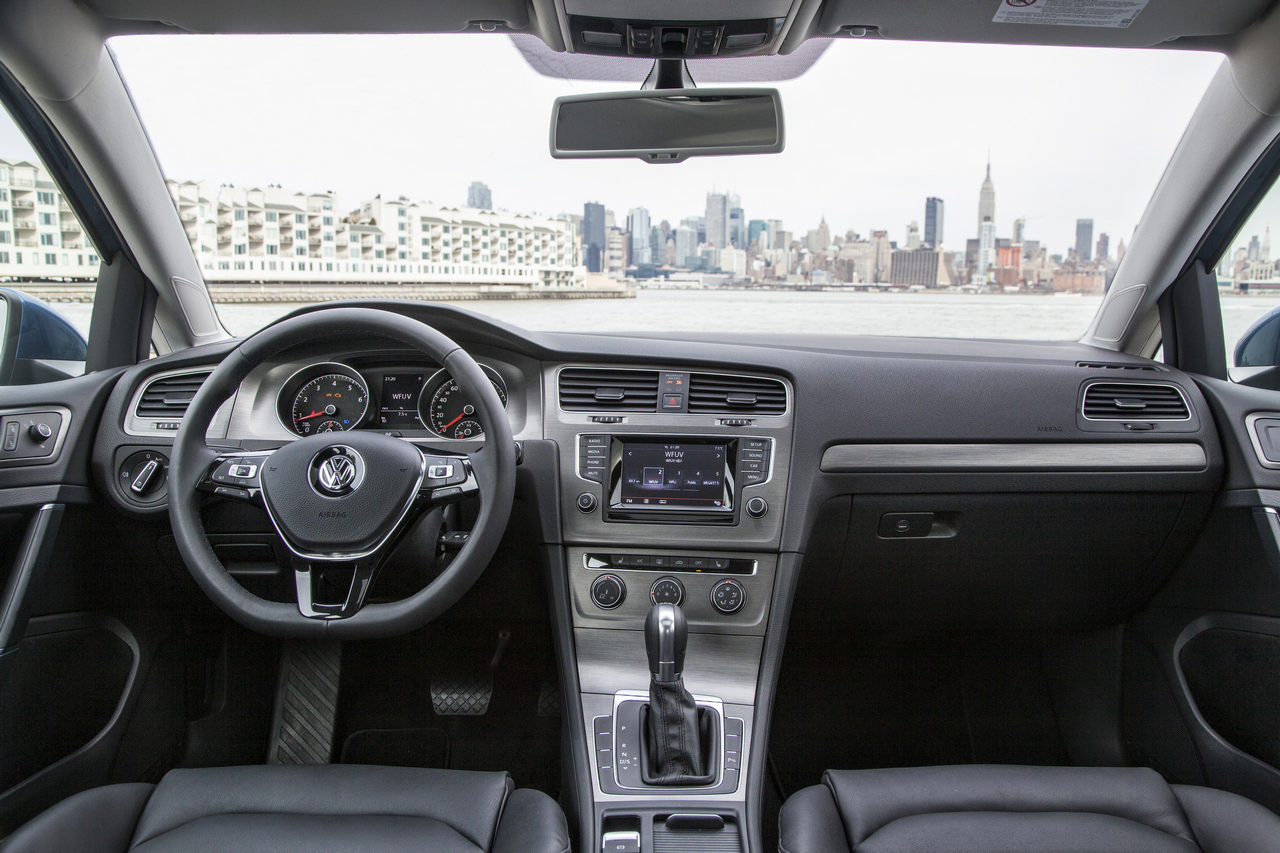 An ongoing VW problem involving faulty clock spring mechanisms in the steering column may affect 2015 and 2016 Golfs, which can set off the airbag warning lamp, as well as disable the cruise control, horn, and other buttons.

Other reported problems include faulty fuel injectors, short-lived water pumps, some infotainment system glitches, stuttering automatic transmissions and other driveability issues. Despite these setbacks, the 2015 and newer Golf is a pretty reliable product. It’s worth a long second look.

Diesel models are not recommended. Owners have been plagued by high pressure fuel pump failures, which sees the pump grinding itself to smithereens and contaminating the fuel system. 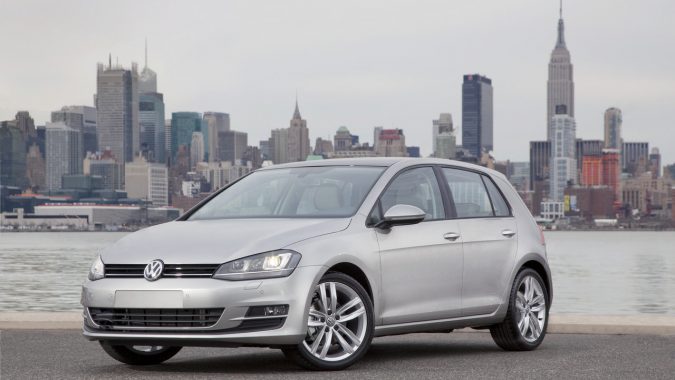 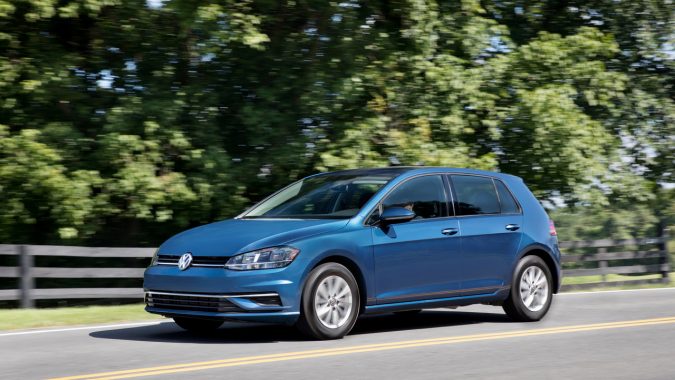 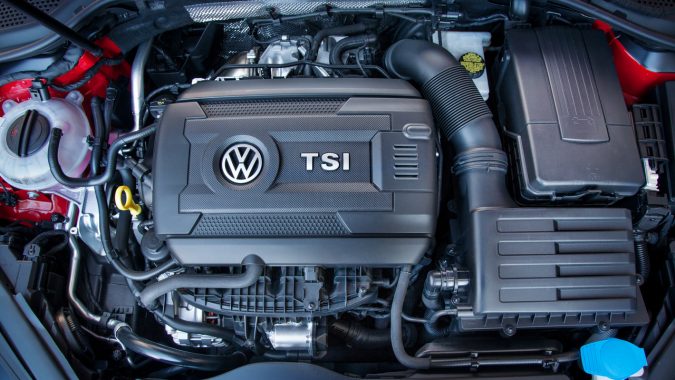 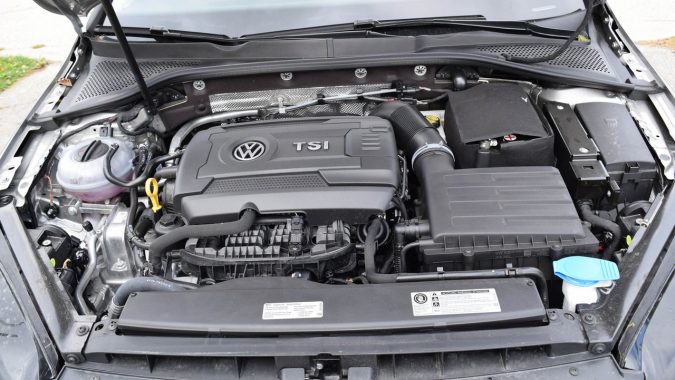 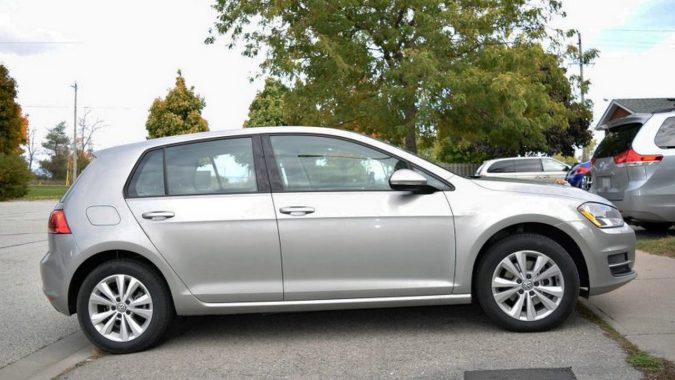 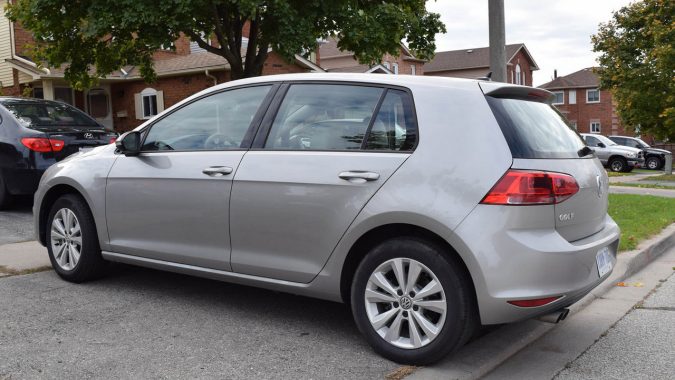 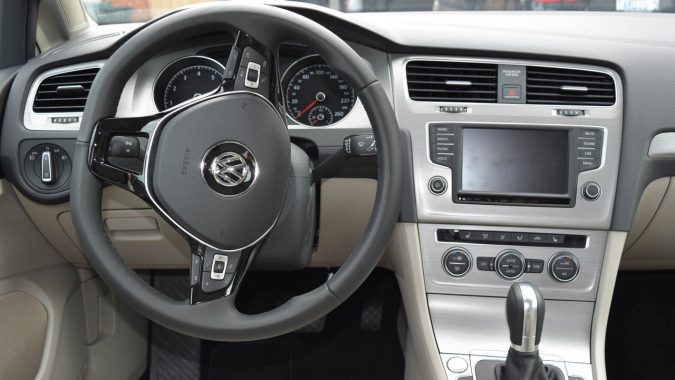 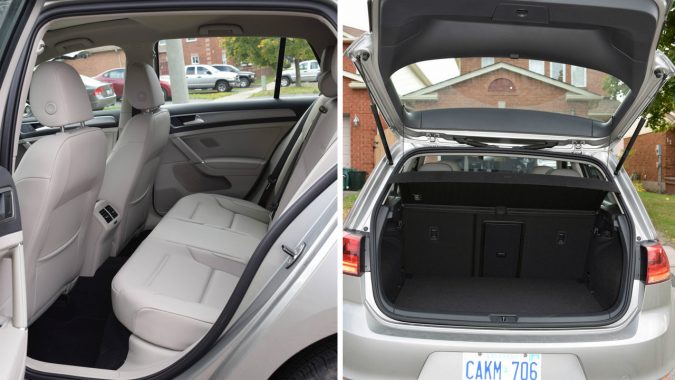 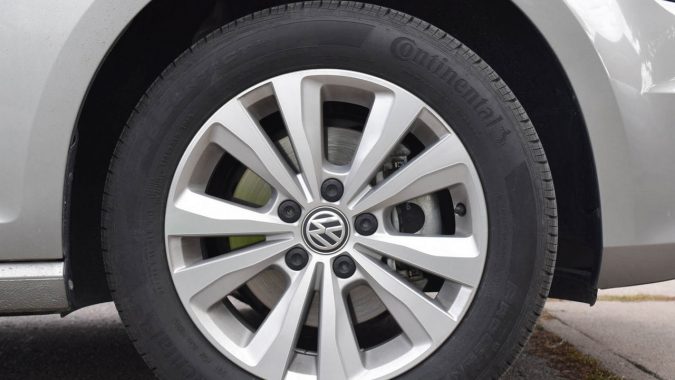