During the recreation and leisure boom of the 1960s, campers, paddlers and Elmer Fudd types embraced the station wagon as the sports activity vehicle of their time.

Back then, the auto industry offered a station wagon variant of virtually every sedan in production, ranging from the compact Chevrolet Corvair Lakewood with its flat-six engine tucked under the cargo floor, to the full-size Ford LTD Country Squire – the inspiration for the Wagon Queen Family Truckster in the movie National Lampoon’s Vacation.

Wagons lorded over the family-car segment until the 1980s, when Chrysler unveiled the front-wheel-drive minivan, an innovation that was eventually eclipsed by the sport utility vehicle (SUV) craze.

What little wagon business is left in Canada today is dominated by pricey German imports (Subaru and Volvo are the only other wagon makers of note) and for good reason: Germany is the largest market for station wagons anywhere, amounting to 20 per cent of auto sales there. 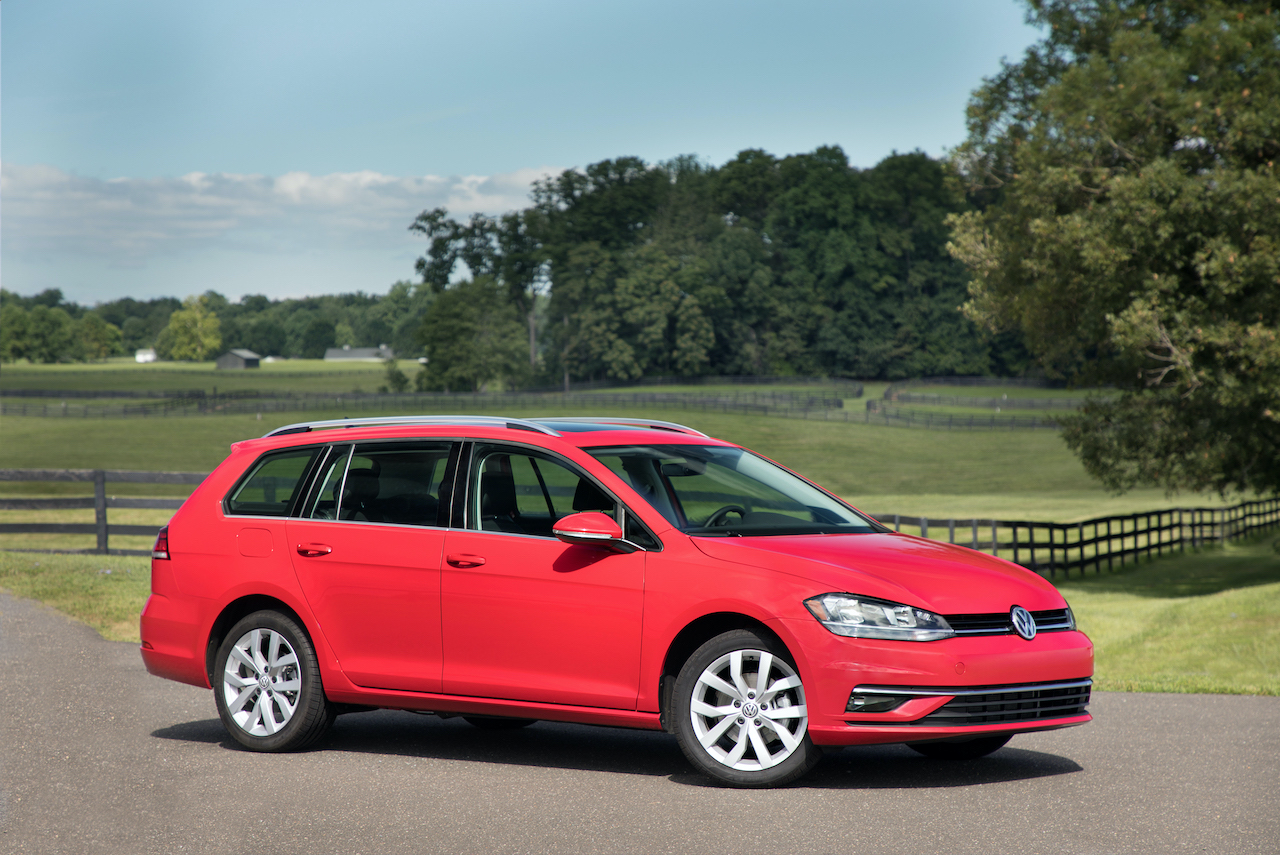 Volkswagen made some pretty nifty wagons of its own, starting with the rear-engine 1600 Squareback in 1965. The Golf SportWagen is the culmination of the automaker’s best wagon ideas in one tidy, affordable package 50 years later.

The seventh-generation VW Golf hatchback arrived in North America in late 2014, forming the basis for the SportWagen, which appeared the following spring due to production delays in Mexico. Riding on the Golf’s exceptionally rigid MQB platform, the SportWagen was 31 centimetres longer overall and provided 33 per cent more cargo space behind the rear seats – all without adding much weight.

The SportWagen shares its cockpit and seating with the Golf, both ranking above the segment average for their accommodations. The soft cabin materials feel upscale, like in an Audi, and the glass area is generous to aid visibility all around. Volkswagen upped its technology, providing even base models with Bluetooth phone and audio connectivity, a touchscreen interface and an eight-speaker stereo.

Seating is ample up front, while the 60/40 split-folding rear bench suffers from low-mounted cushions that are not ideal for adults. Cargo space more than doubles when you fold down the rear seats, at which point the trunk floor is a full six feet long. A few owners have admitted to sleeping in their cars, but one buyer revealed a flaw in the arrangement.

“The back seats do not go flat so there is a little tilt to the floor. This means you cannot carry delicate (things) that need to be flat, and also you cannot stack boxes without their sliding,” remarked the owner of a 2018 model online.

The 2015 SportWagen was motivated by two distinct engines powering the front wheels. The 1.8L uses a 1.8L four-cylinder turbocharged gasoline engine rated at 168 horsepower. With the standard five-speed manual transmission it’s good for 184 lb-ft of torque, increasing to199 lb-ft when tied to the optional six-speed conventional automatic. 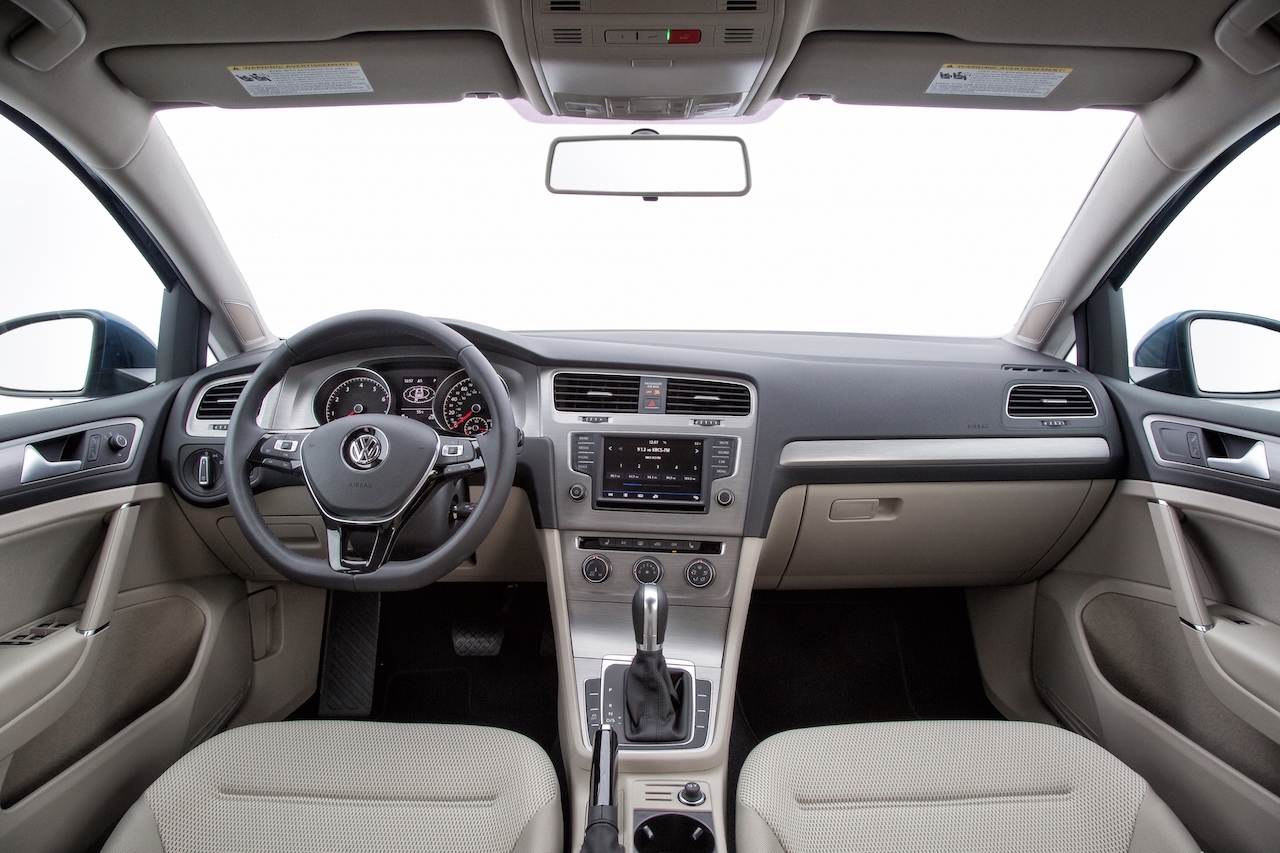 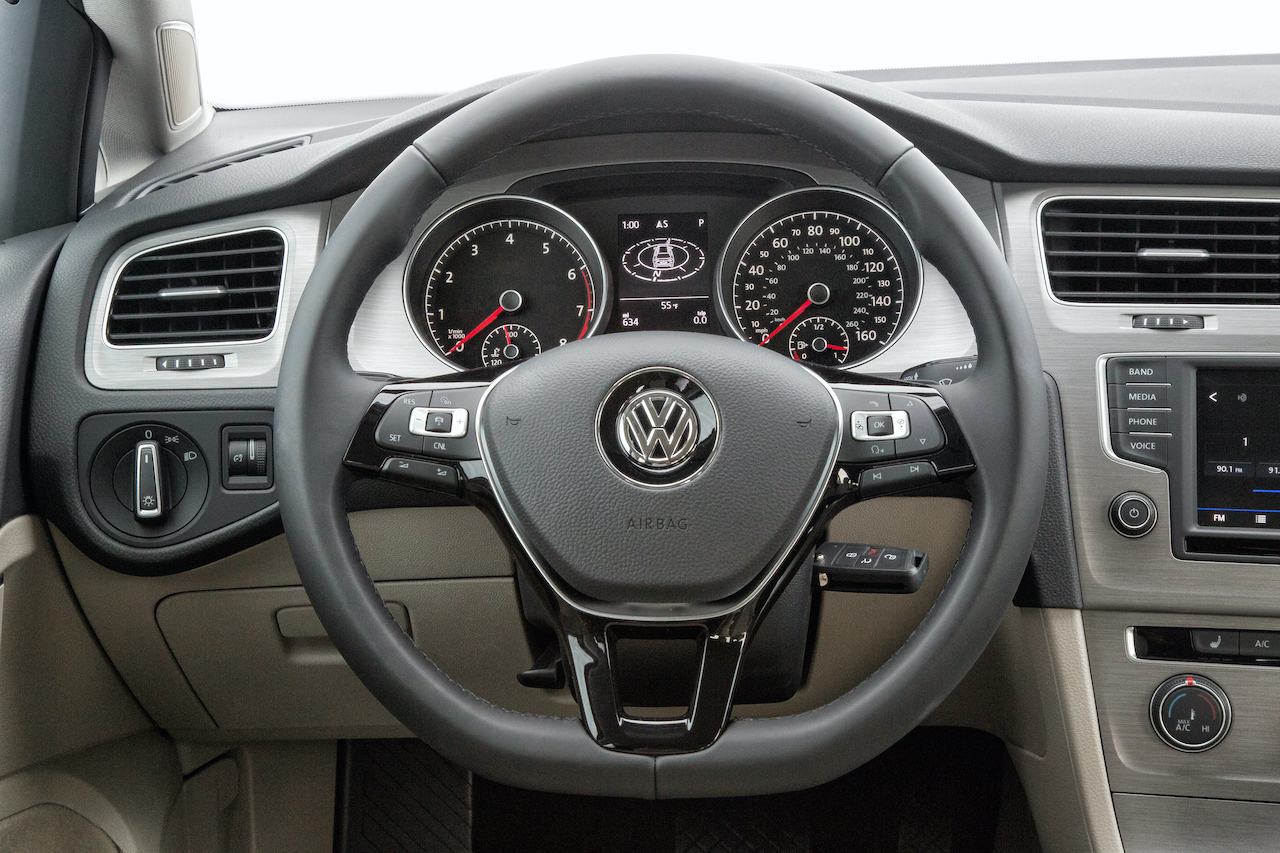 The second choice was VW’s 2.0-L four-cylinder turbodiesel producing 150 hp and 236 lb-ft of torque. A six-speed manual transmission was standard, with a six-speed DSG dual-clutch automatic being optional. Unfortunately, the popular TDI engine vanished after 2015 thanks to Volkswagen’s diesel-emissions cheating scandal.

The 2017 SportWagen offered optional all-wheel drive, dubbed 4Motion, for the first time. The drivetrain utilized a six-speed manual or the DSG automatic transmission. Also new that year was the Golf Alltrack – a SportWagen 4Motion with a slightly raised (by 2 cm) suspension and a few traction-enhancing features, wrapped in some tough-looking body cladding that channeled the Subaru Outback.

The SportWagen got an equipment refresh for 2019, starting with a new 1.4L four-cylinder turbocharged gasoline engine, good for 147 hp and 184 lb-ft of torque, as the base powerplant (the 1.8T remained available, too). A new 8-speed conventional automatic transmission also helped the SportWagen score better fuel economy.

Sadly, 2019 would be the final year for the Golf SportWagen due to underwhelming sales; besides, Volkswagen had hit pay dirt with its booming SUV models in North America. If it’s any consolation, Canadian SportWagen sales were proportionally better than in the U.S. and dealers here still have a few brand-new wagons stockpiled to sell.

When equipped the 1.8L turbo four, the little wagon can sprint to 97 km/h in 7.0 seconds, wringing decent performance from such a small powerplant. The TDI turbodiesel model does the deed in 8.4 seconds – it feels quicker thanks to the copious torque – while the smaller 1.4L gas turbo engine takes about 8 seconds (test results involved wagons with the manual gearbox; add almost a full second to these times for the automatic).

Thanks to the car’s stout MQB architecture, the fully independent suspension manages both bump absorption and body-control duties admirably, although some owners disliked the stiffer ride when equipped with low-profile tires. The electrically assisted steering is accurate and builds resistance in the driver’s hands as cornering forces increase. And, as is the case with every car that was conceived on the Autobahn, the compact wagon is serene at speed. 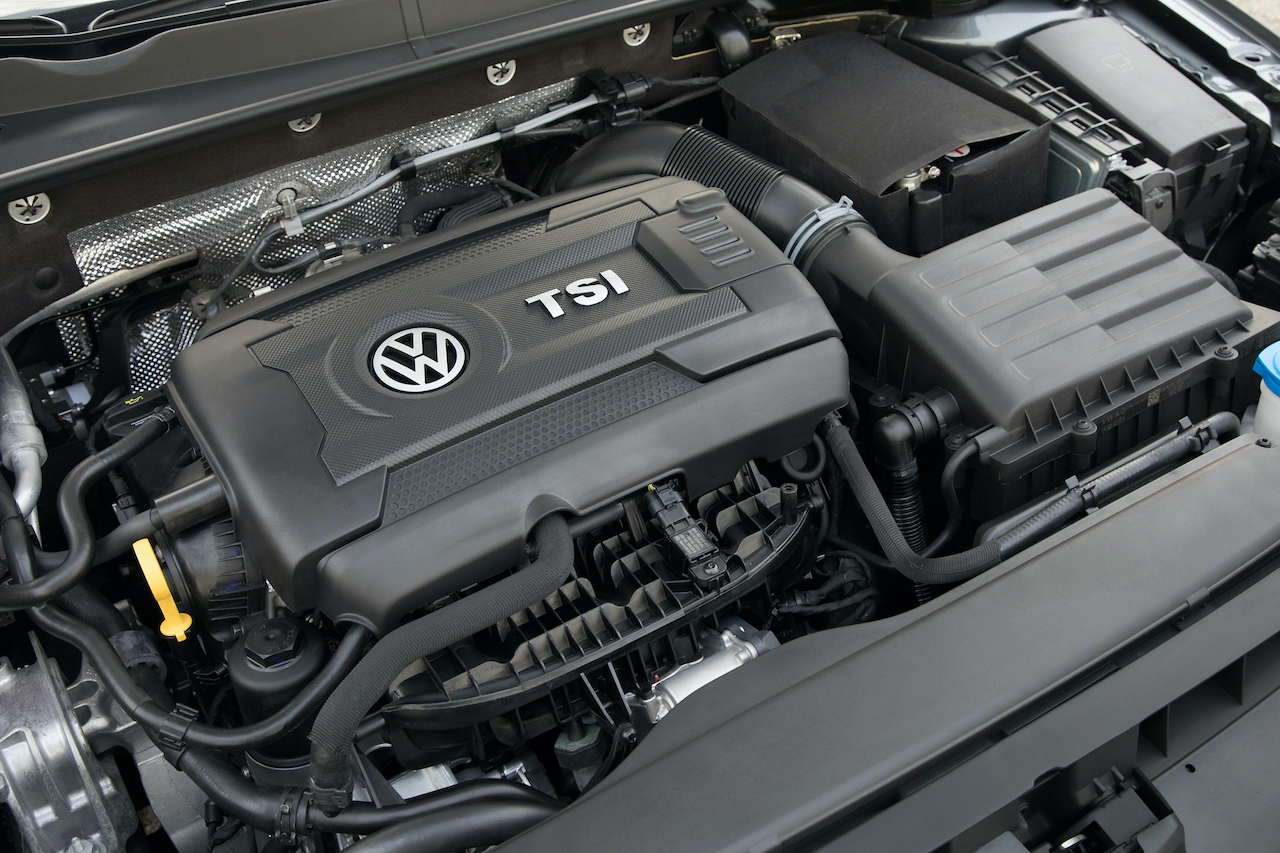 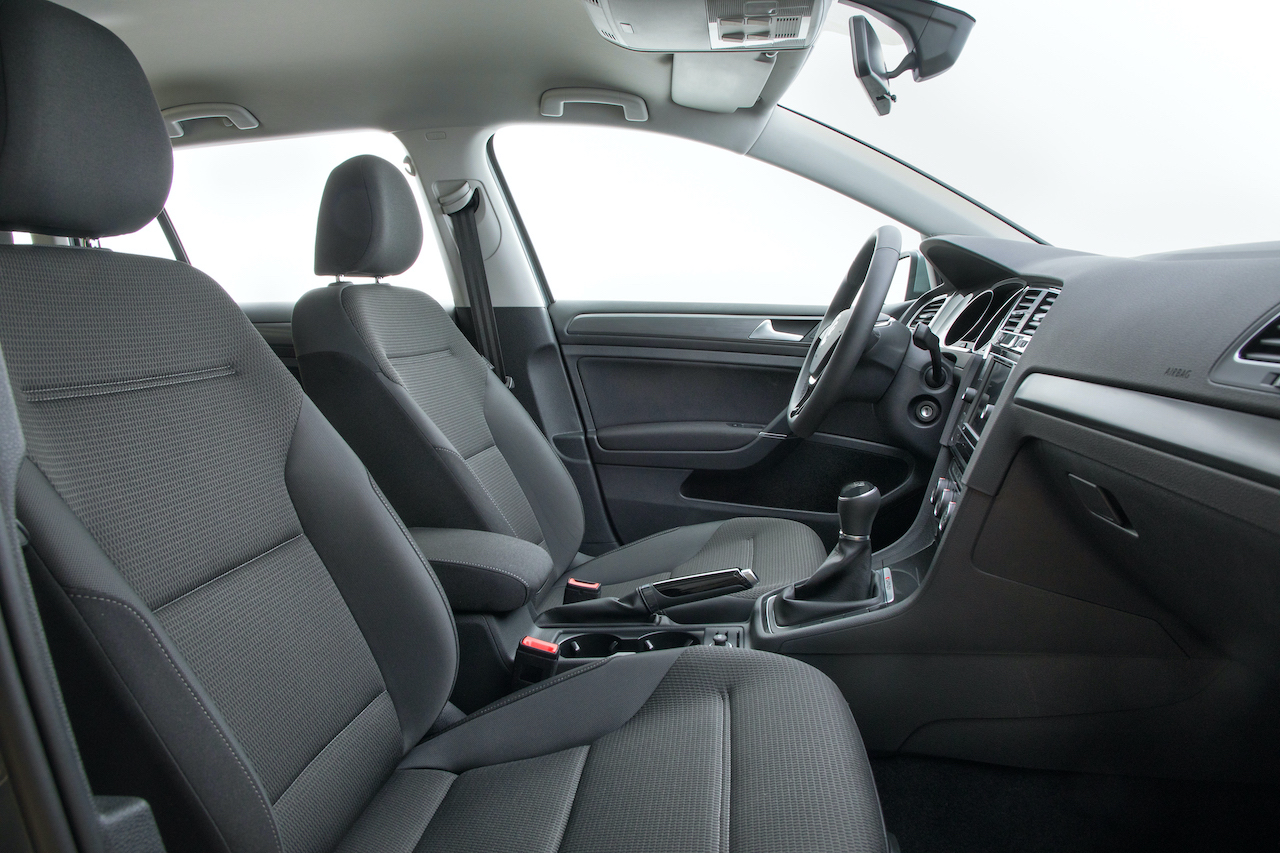 Where the gasoline-powered SportWagen falters is in everyday fuel economy. For a brand that established a reputation for economical ownership, this Volkswagen isn’t nearly as frugal as its badge would suggest. Those driving the 1.8T gas engine can barely attain 27 mpg (10.8 litres/100 km) around town. It’s one of the reasons Volkswagen implanted its smaller 1.4L gas turbo engine in 2019, which can return 35 mpg (8.2 L/100 km) around town.

Owners applaud the SportWagen’s fantastic utility, interior comfort, adroit European handling and – here is a new one when it comes to VW – value. Its continental breeding makes it a rewarding car to drive, even when loaded with kids, cargo and sports equipment lashed to the standard roof rack. It’s a stretched Golf that can work as a household’s sole automobile.

Mechanical problems? Owners have reported a few, but not nearly as many as Volkswagens of the past exhibited. Chief among the SportWagen gripes involve the panoramic sunroof gracing the more expensive trims.

An ongoing VW problem involving faulty clock spring mechanisms in the steering column may affect 2015 and 2016 SportWagens, which can set off the airbag warning lamp, as well as disable the cruise control, horn and other buttons on the steering wheel.

Certain 2017 to 2019 Sportwagens were recalled by VW because the rear coil springs may fracture prematurely, which could damage a rear tire, potentially causing loss of vehicle control (recall code 42J5). 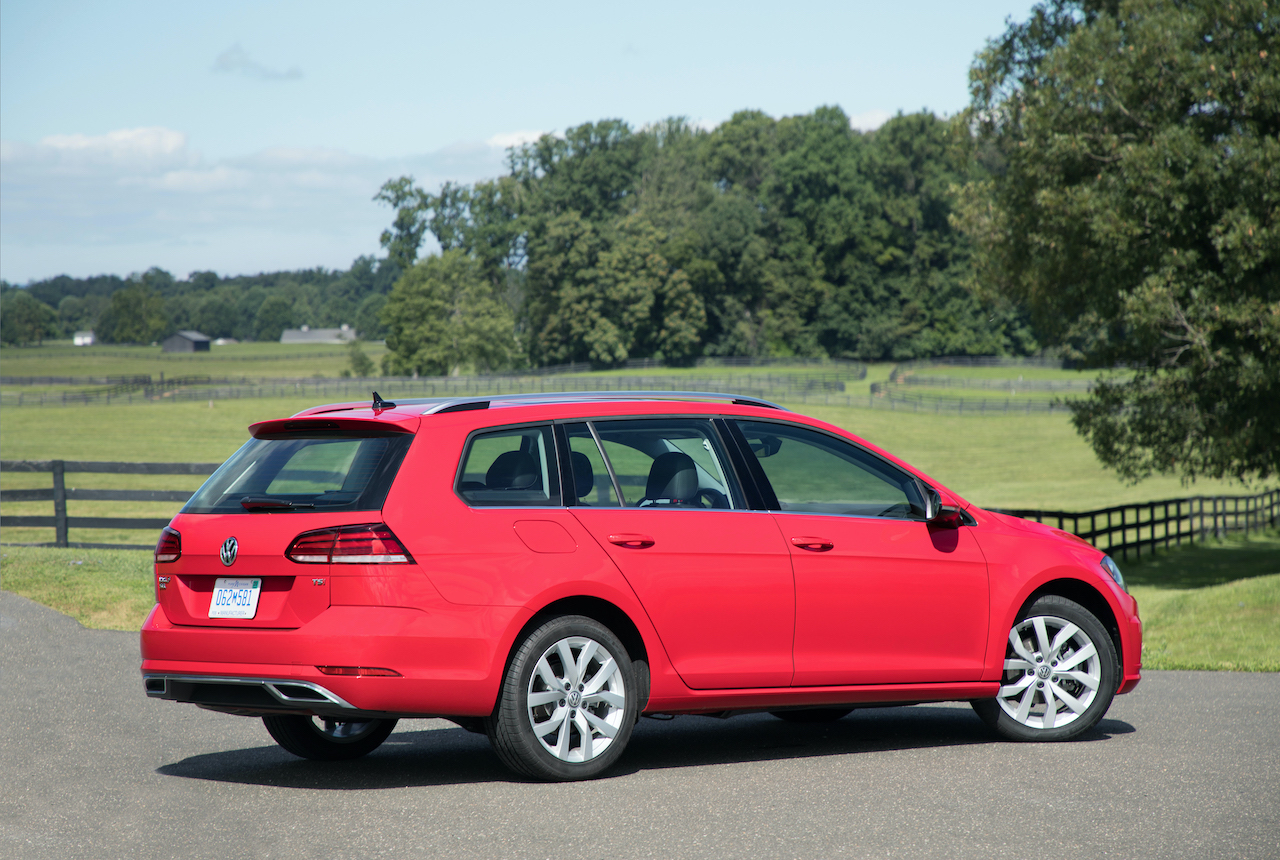 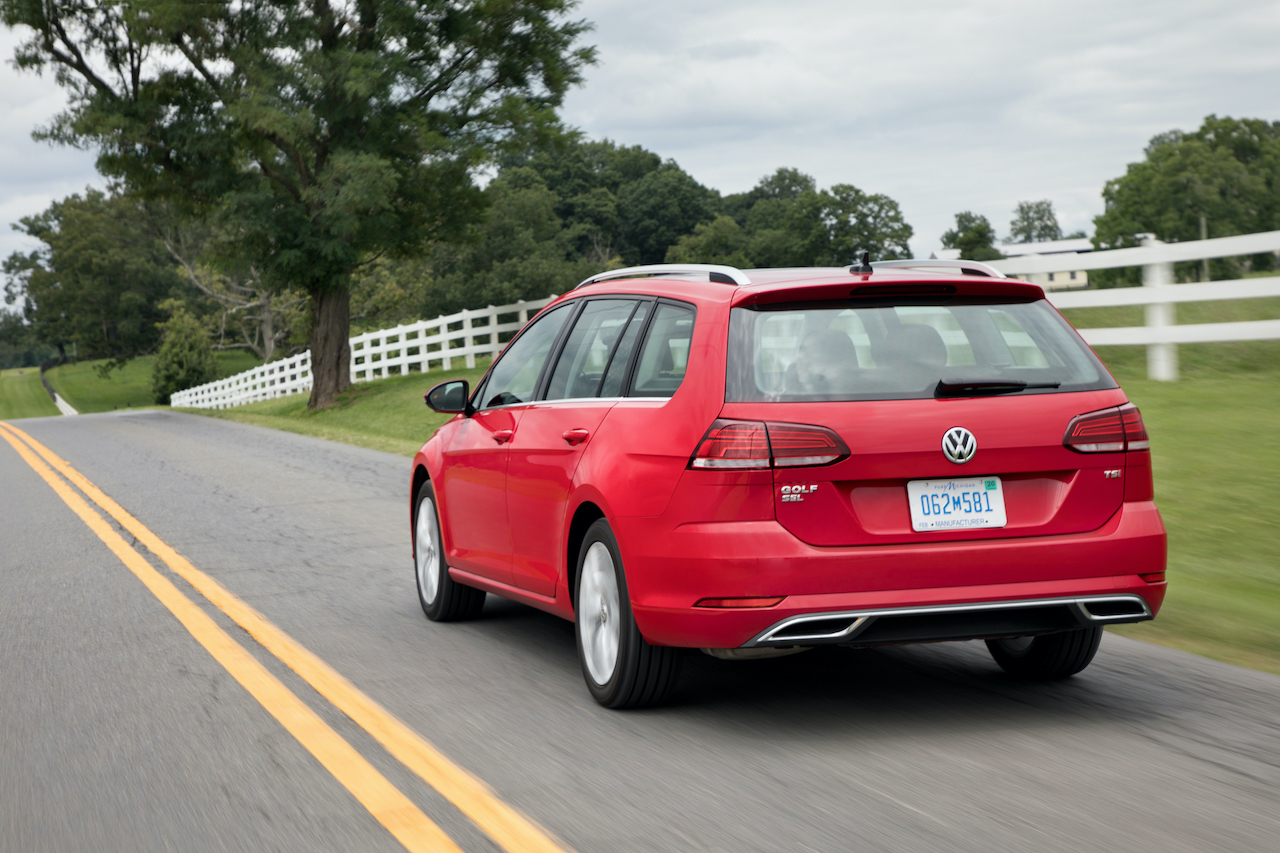 All in all, the Golf SportWagen represents an uncommon bargain in a European station wagon that’s a remarkably good all-rounder. Equipped with a turbo engine, manual gearbox and all-wheel-drive, it hauls stuff and entertains in equal measure. How many cars can boast likewise?