In a world teeming with competent, but dull, compact cars and sport utilities, the Mini is a breath of rarified air.

Good things do come in small packages. The 1959 Austin Mini was so revolutionary that most automobiles today owe something to it: unibody construction, front-wheel drive, transverse engine orientation, and four-wheel independent suspension, among other attributes.

Creator Sir Alec Issigonis didn’t invent all this, but he managed to blend it all into one fantastically compact package – legend has it he designed the car around four chairs arranged in two rows – and sold it for an equally compressed price.

Mr. Bean’s ride was sold in various international markets until 2000, although U.S. sales ended in 1967 with the advent of emission controls, while Canadian sales petered out in 1979.

BMW bought the ailing Rover Group in 1994 and eventually dismantled the British automaker after failing to stem the financial losses. Yet BMW wisely retained the rights to the Mini brand and began sketching out a modern-day Mini.

The all-new 2002 Mini was finally cast as a hatchback and considerably larger than the 10-foot-long original in order to meet today’s collision and comfort standards. The irrepressibly hip Mini drew younger buyers by design and provided a stepping stone to BMW’s own showrooms. 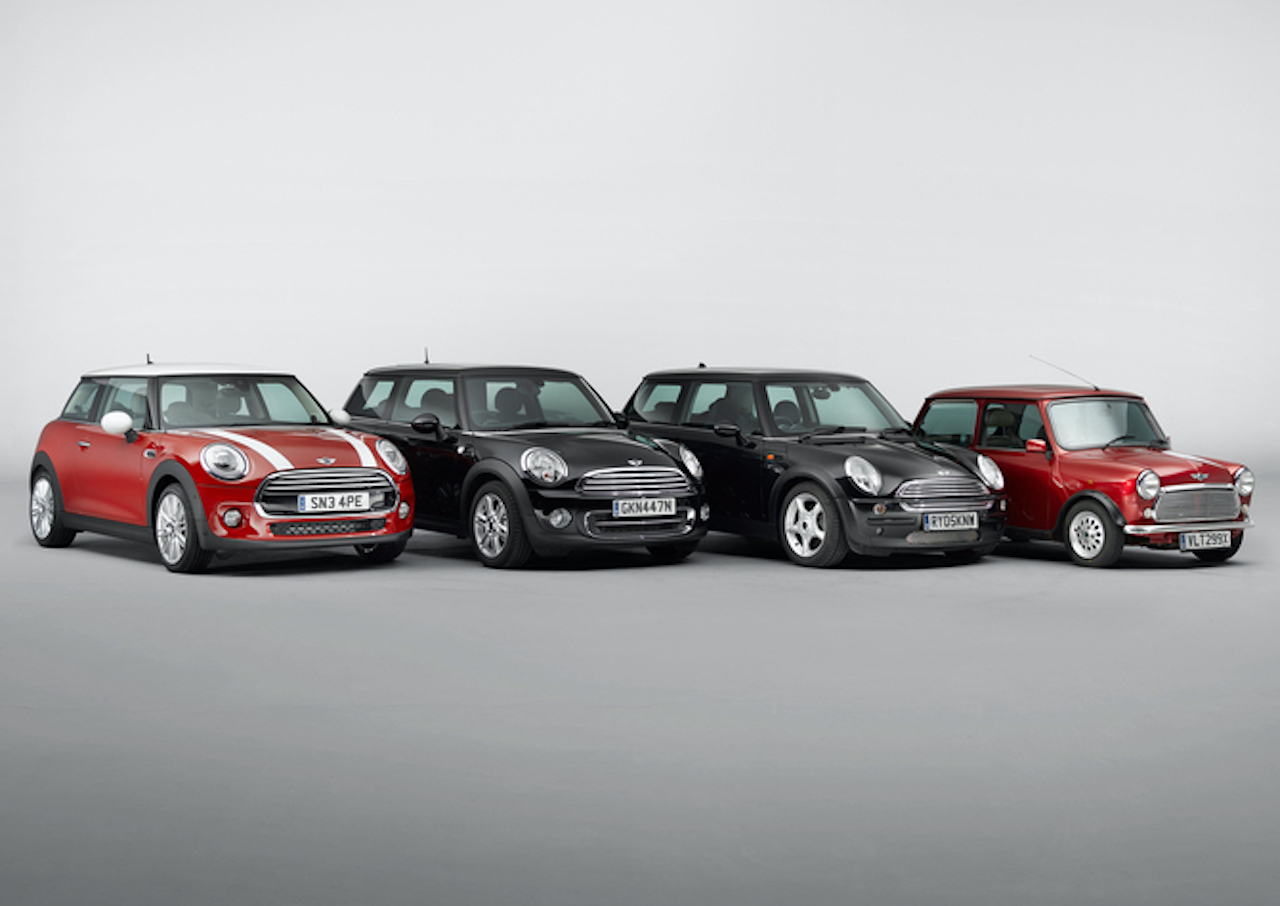 Unveiled for 2014, the third-generation Mini shared its platform with upcoming BMW models for the first time. The UKL modular architecture is refined and versatile enough to suit a range of front- and four-wheel drive models – just what the automaker needed to expand its lineup.

The new chassis is bigger than those of previous Minis, making the new cars appear awkwardly stretched over the longer wheelbase. While less mini now – 11 cm longer overall and 95 kg heavier – the platform is more rigid and spawned a four-door model in 2015 that was sorely missing from the lineup (the Countryman was much more expensive).

The bigger cabin is dramatically improved with better finishes and more premium features. Buttons and switches are laid out better – window switches moved from the centre console to the doors where people expect to see them – and the speedometer lives above the steering wheel for the same reason. Still, some owners found the environment unfamiliar and a bit weird as stylists tried to retain the Mini’s quirky character. 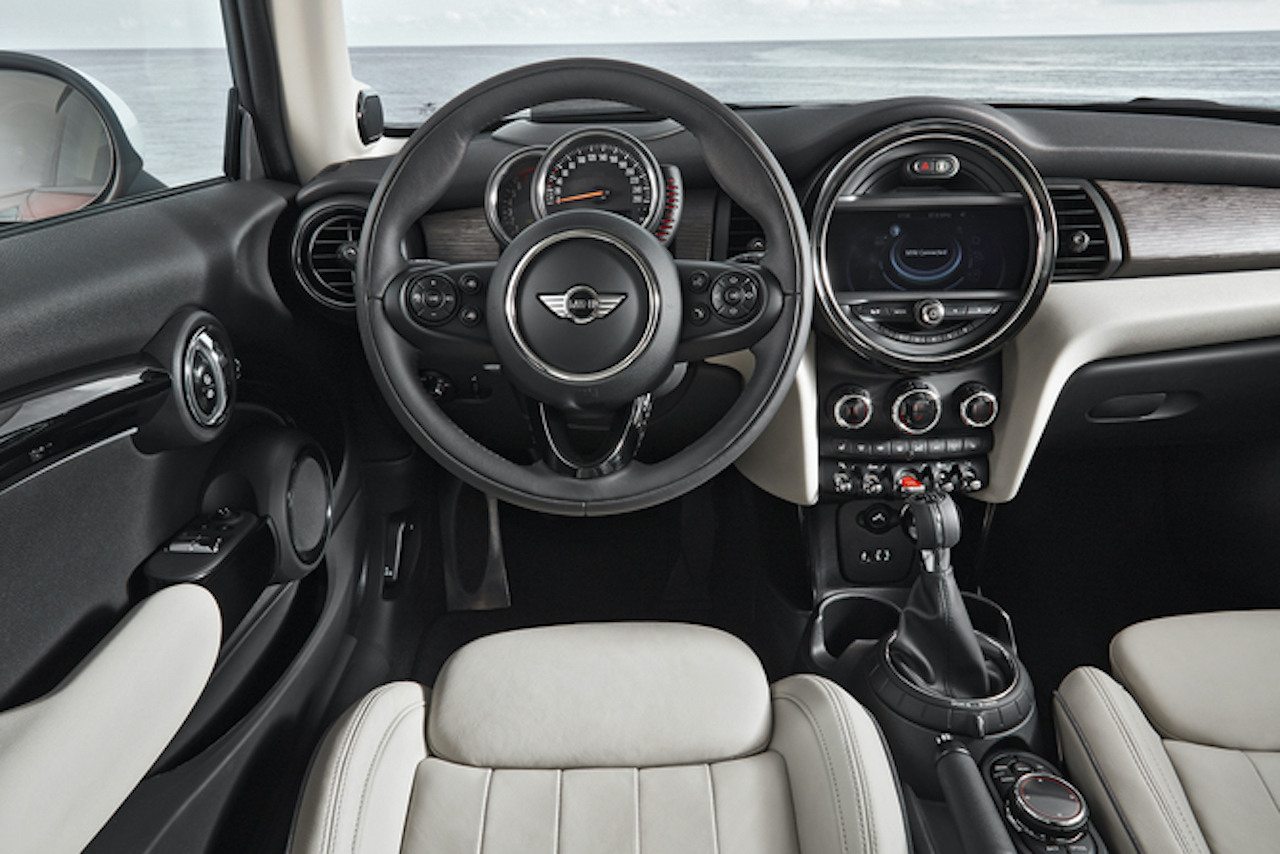 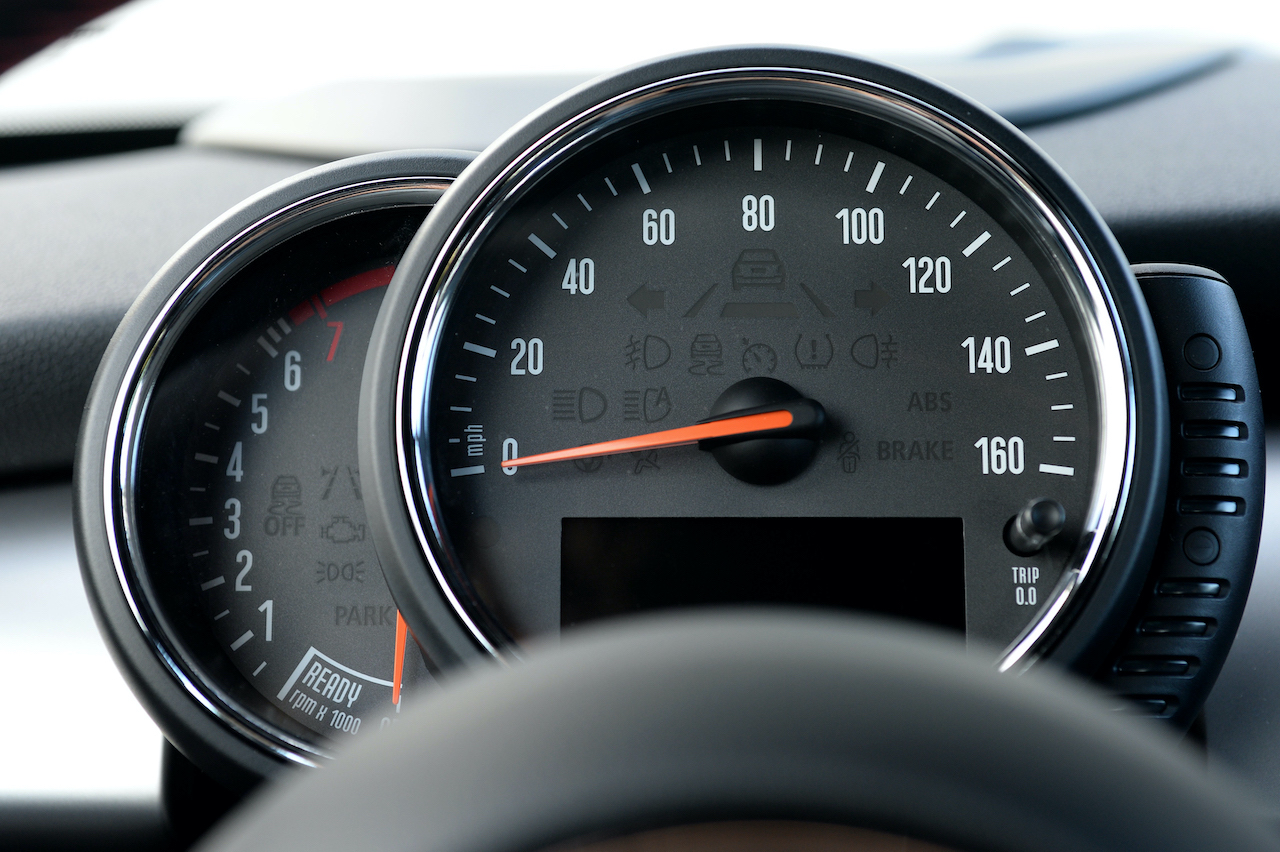 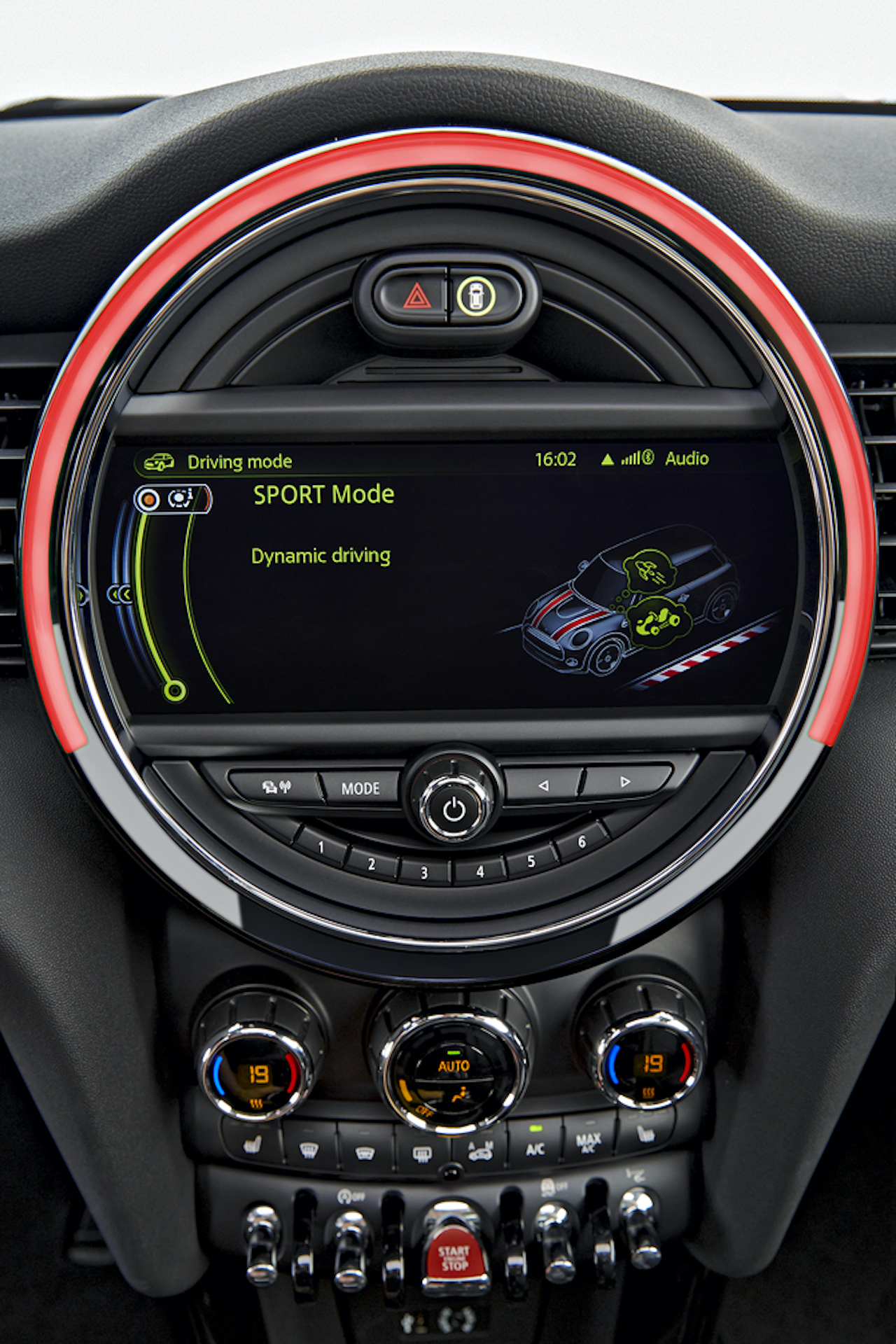 “Things are in strange places,” an owner of a 2015 model commented online. The headlight control is hidden by the steering wheel and angled toward the floor. The distinctive “dinner plate” atop the centre stack houses the audio controls and display screen.

“The armrest is incredibly awkward. It’s too high to comfortably rest your arm, and if you flip it up, your elbow hits it while shifting,” wrote a professional reviewer.

The backseat provides more room than the previous-generation car, but that’s not saying much. The two-door hatchback can only seat four and cargo space is limited. The longer four-door hatchback gets a fifth seatbelt and can actually accommodate adult passengers sitting in the back. Still, ferrying families around isn’t the Mini’s forte. 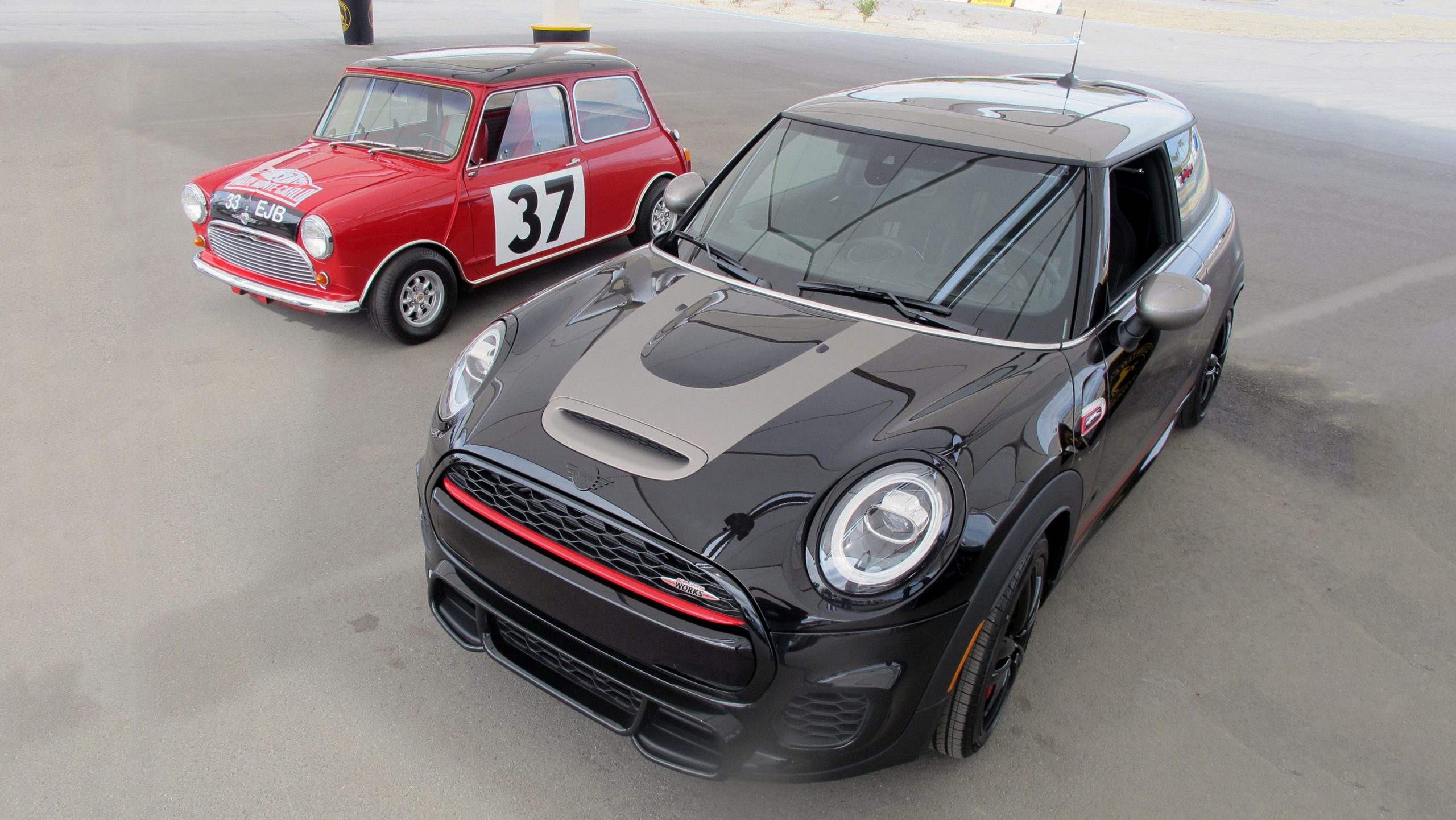 The new generation Minis are powered by genuine BMW engines: the base model uses a 1.5-L turbocharged three-cylinder that makes 134 hp and 162 pound-feet of torque – a big improvement over the old 1.6-L four-cylinder with 121 hp and just 114 lb-ft of torque.

The Cooper S hatchback packs a turbocharged 2.0-L four-cylinder engine that produces 189 hp and 207 lb-ft of torque. The pricey John Cooper Works performance model ups the output of the turbocharged four to 228 hp and 236 lb-ft.

A six-speed manual transmission with hill-start assist and a rev-matching feature is standard, and a conventional six-speed automatic is optional. All models come with an automatic stop-start feature that shuts the engine off at red lights to save fuel.

The Mini wouldn’t sell if it didn’t have a good safety story to tell. Standard gear includes antilock disc brakes and stability and traction controls. There’s a full suite of airbags, including front-seat side airbags, front knee and side curtain airbags. In U.S. government crash tests, the two-door Cooper received four out of five stars for front crash protection.

It wasn’t until 2016 that the Mini Cooper convertible finally adopted the platform and powertrains of the third-generation models. Beyond that, the Mini Hardtop has changed little since 2014. A rearview camera and rear parking sensors became standard in 2018, and new seven- and eight-speed automatic transmissions replaced the six-speed autoboxes in 2020. 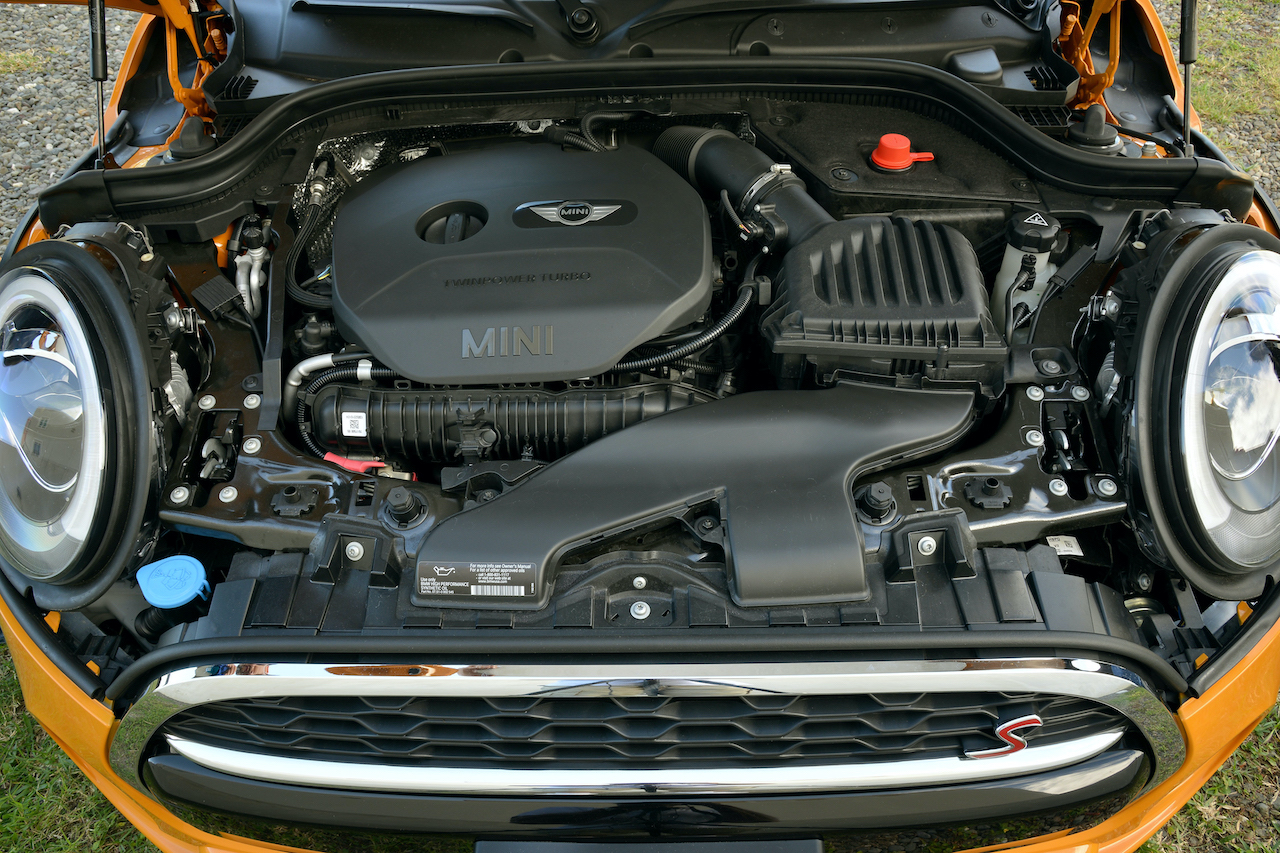 The Mini’s forte is scooting around in town or country in an entertaining manner. Front-wheel-drive Minis have always been fun to drive – think of it as a 2,700-lb anti-depressant tablet – but the grins are bigger now that every Hardtop comes with a turbocharger under the hood.

“In a few roundabout circles I had an issue with flying objects. This car handles like a go kart and anything not secured or in the glovebox can go flying and hit the windows!” wrote one enthusiastic driver.

The base three-cylinder turbo is surprisingly smooth and energetic; zero to 97 km/h comes up in 7.3 seconds, yet the manual transmission is geared so tall that the wee engine is turning just 3000 rpm at 160 km/h.

The 189-horse 2.0-L four in the Cooper S is more expeditious – it hits highway velocity in 6.4 seconds – but it feels quicker thanks to its deep reservoir of torque. The John Cooper Works edition does the deed in 6 seconds flat.

It’s no surprise that the Mini’s lightweight, small footprint and low centre of gravity give it excellent handling characteristics. With its precise steering, the Hardtop is nimble, taut and tenaciously grippy on snaky roads. It always feels responsive and playful; this is an engaging car to drive no matter which engine powers it.

If there’s a flaw, engineers specified run-flat tires that are stiff-walled out of necessity, so the ride is not always forgiving. Avoid the 18-inch wheels and tires that only sharpen the jolts coming through the suspension. Fuel economy is said to be good for such an entertaining car, although Mini’s turbos demand premium fuel. 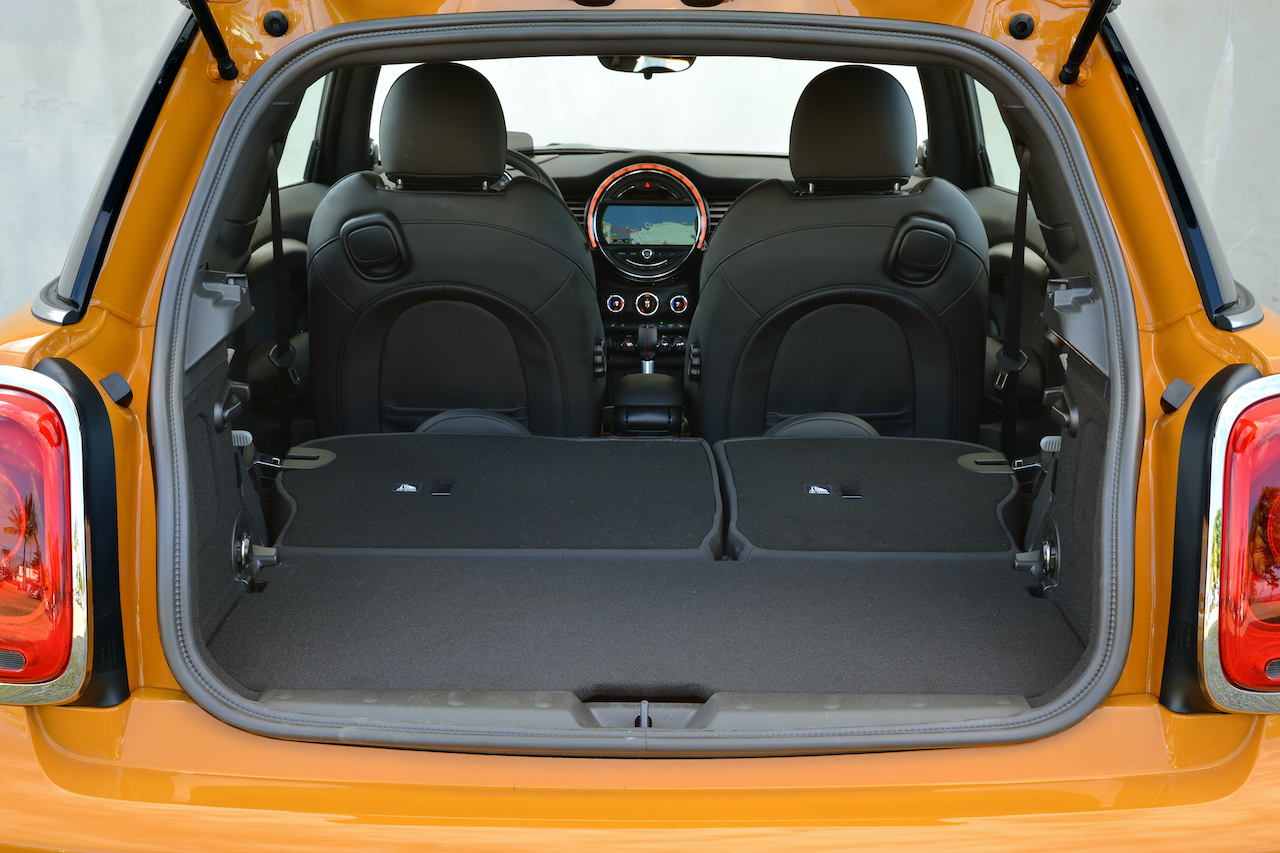 In a world teeming with competent, but dull, compact cars and sport utilities, the Mini is a breath of rarified air. Still small, if not quite mini, it gets lots of love for its handling prowess and zippy acceleration. Not to mention its colourful, idiosyncratic styling and customization options that include Union Jack tattoos on various body parts.

True to its British origins, Mini hasn’t had a sterling reputation for reliability; the nameplate resided near the bottom of the J.D. Power Vehicle Dependability rankings in the past. The good news is the third-gen models have climbed above the industry average in the most recent surveys.

Previous generations of the Mini suffered from a plethora of powertrain issues traced back to the Peugeot-supplied engines. The newest Minis are better, with BMW finally taking ownership of the entire vehicle. However, one vestige of the old ways involves the oil filter housing, which can fail and bring about a catastrophic oil leak.

“Driving on the freeway (the) car lost oil pressure suddenly, oil poured out of the vehicle, smoking as warning lights indicated ‘Drive train malfunction’ and then ‘Loss of oil pressure: Stop vehicle.’ Diagnosed as a failure of a weld on the oil pump housing,” one 2014 Mini pilot reported. 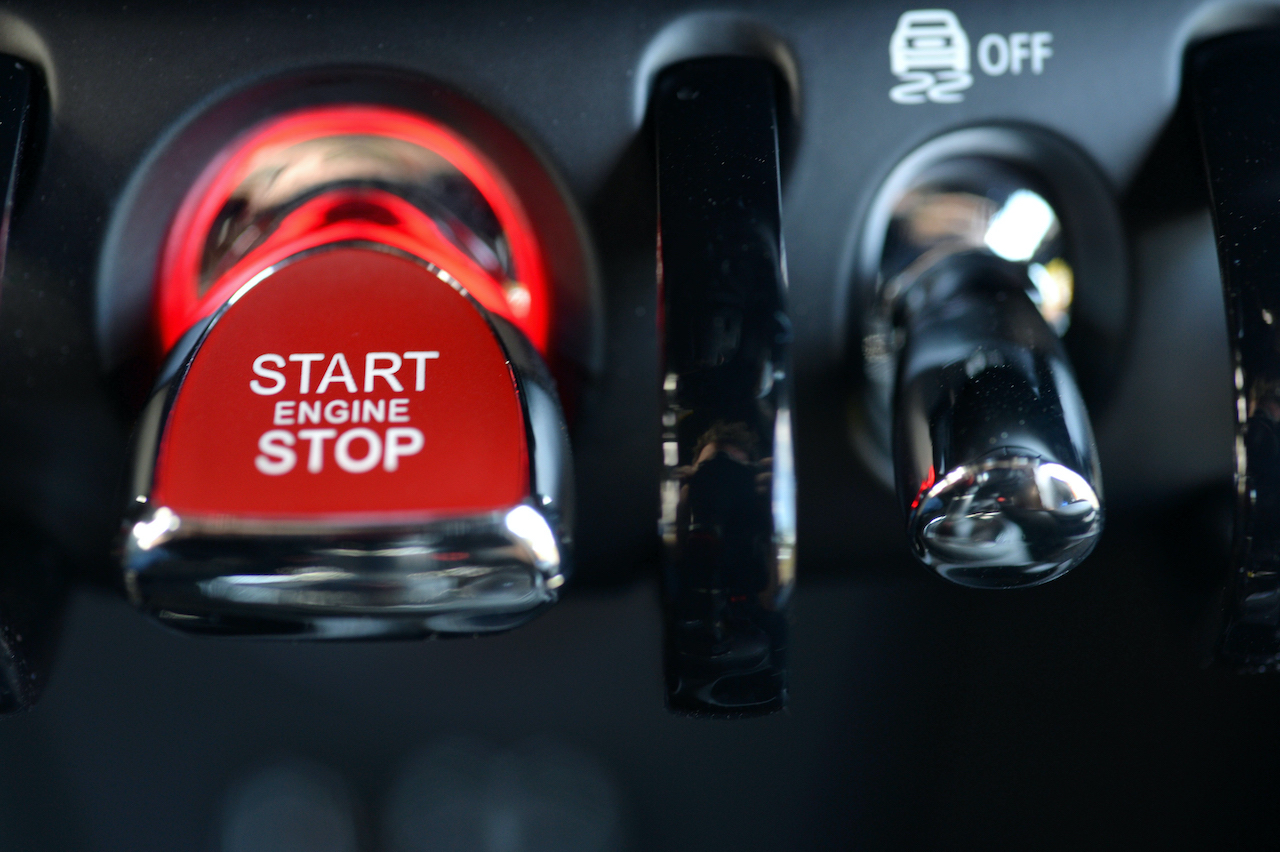 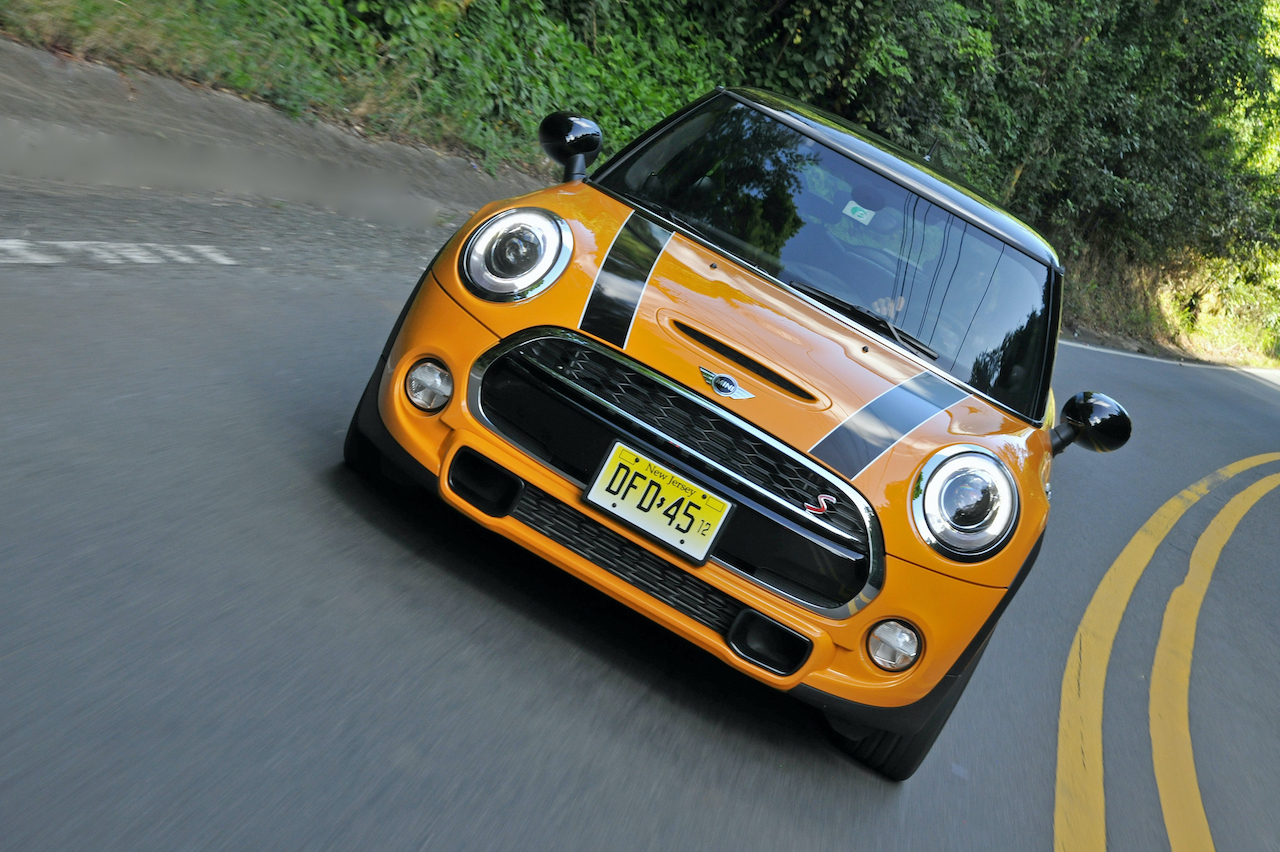 Despite these setbacks, the newest Minis are considerably better than their predecessors, with rapidly improving J.D. Power dependability scores to prove it. Just be prepared to spend more on repairs later on – European parts are expensive – since you may be having too much fun to notice when the warranty expired. 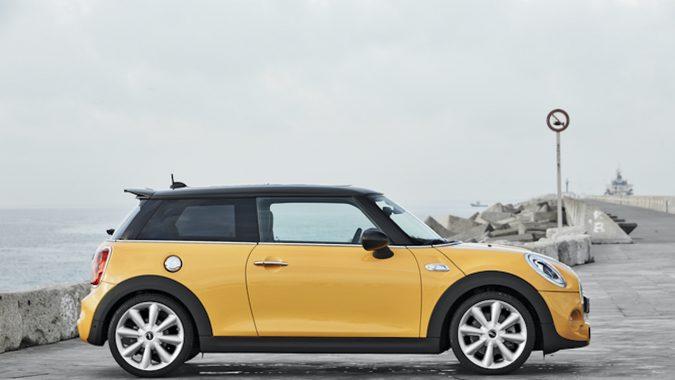 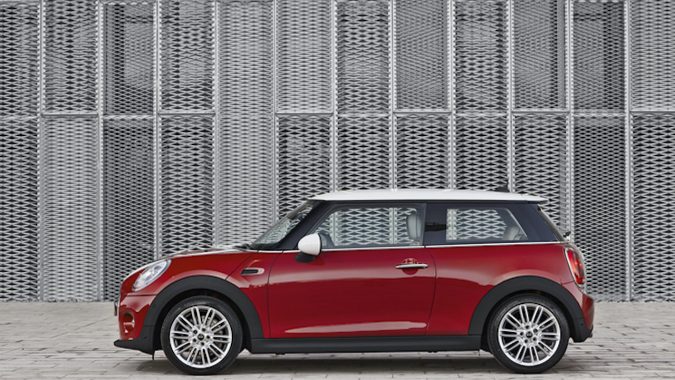 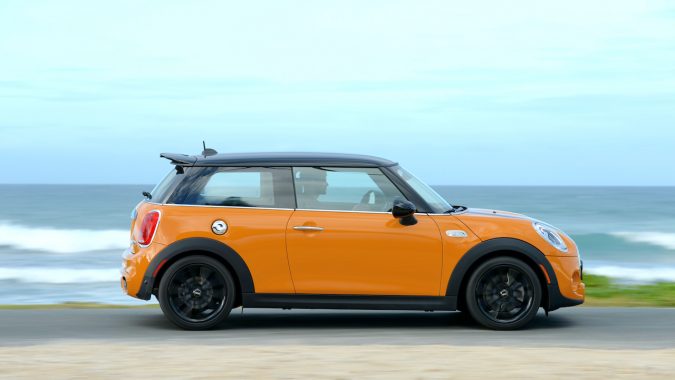 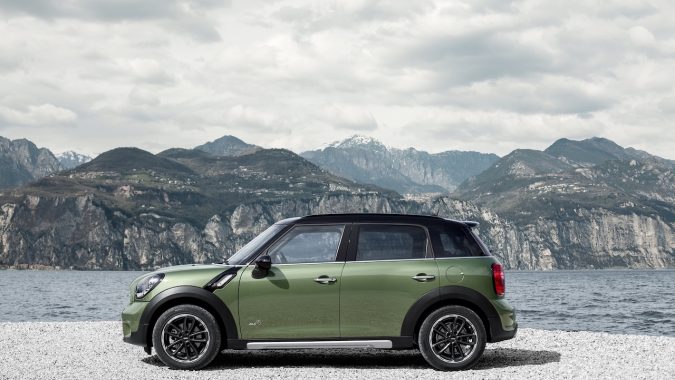