Leave the earlier ones on the lot.

The Jeep Cherokee is so old, the owner’s manual was translated from Sanskrit.

Not really. But it was present for the birth of the modern SUV era. In fact, it had a starring role.

Keen to build a compact version of the original Jeep Wagoneer – which dates back to 1963 – the ambitious engineers at American Motors starting sketching out a modern Jeep in 1978. With the assistance of Renault, which had invested in the ailing automaker, they specified a unibody platform instead of traditional body-on-frame construction to save weight and provide a spacious cabin.

It was the first non-military 4×4 with unibody construction, contributing to improved ground clearance and articulation with good approach, departure and breakover angles. Combined with its smaller profile, the new-generation Jeep promised to be a better driver both off-road and on.

The compact Jeep Cherokee was released in the fall of 1983 to considerable acclaim. The four-door model essentially pioneered a new market segment: the family-friendly sport utility vehicle. Six more years would pass before General Motors and Ford configured four-door versions of the competing S-10 Blazer and Bronco II/Explorer.

The die had been cast by the unibody Cherokee, which remained in production until May, 2001. The nameplate was resurrected in North America 12 years later, this time with the help of another European partner. 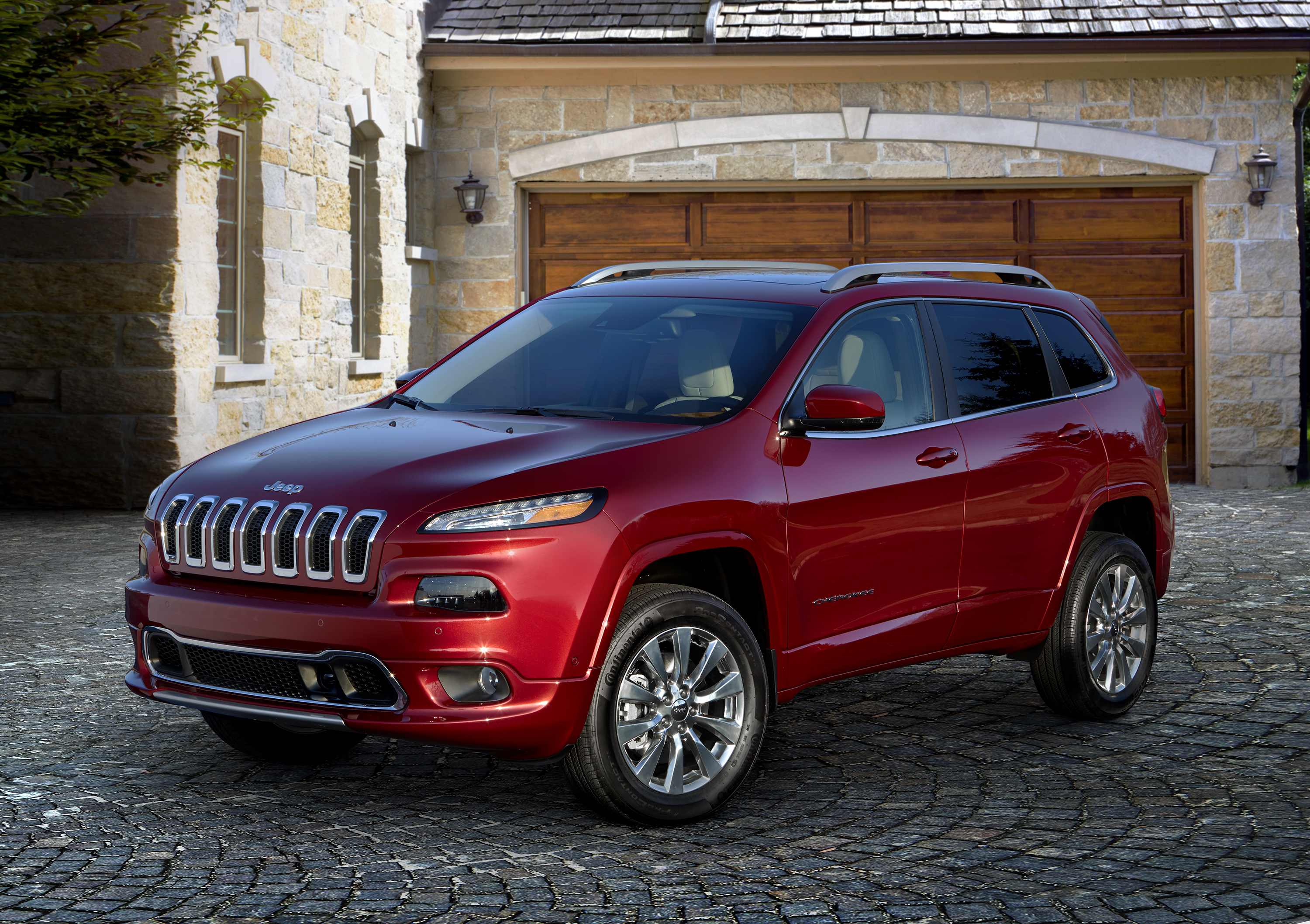 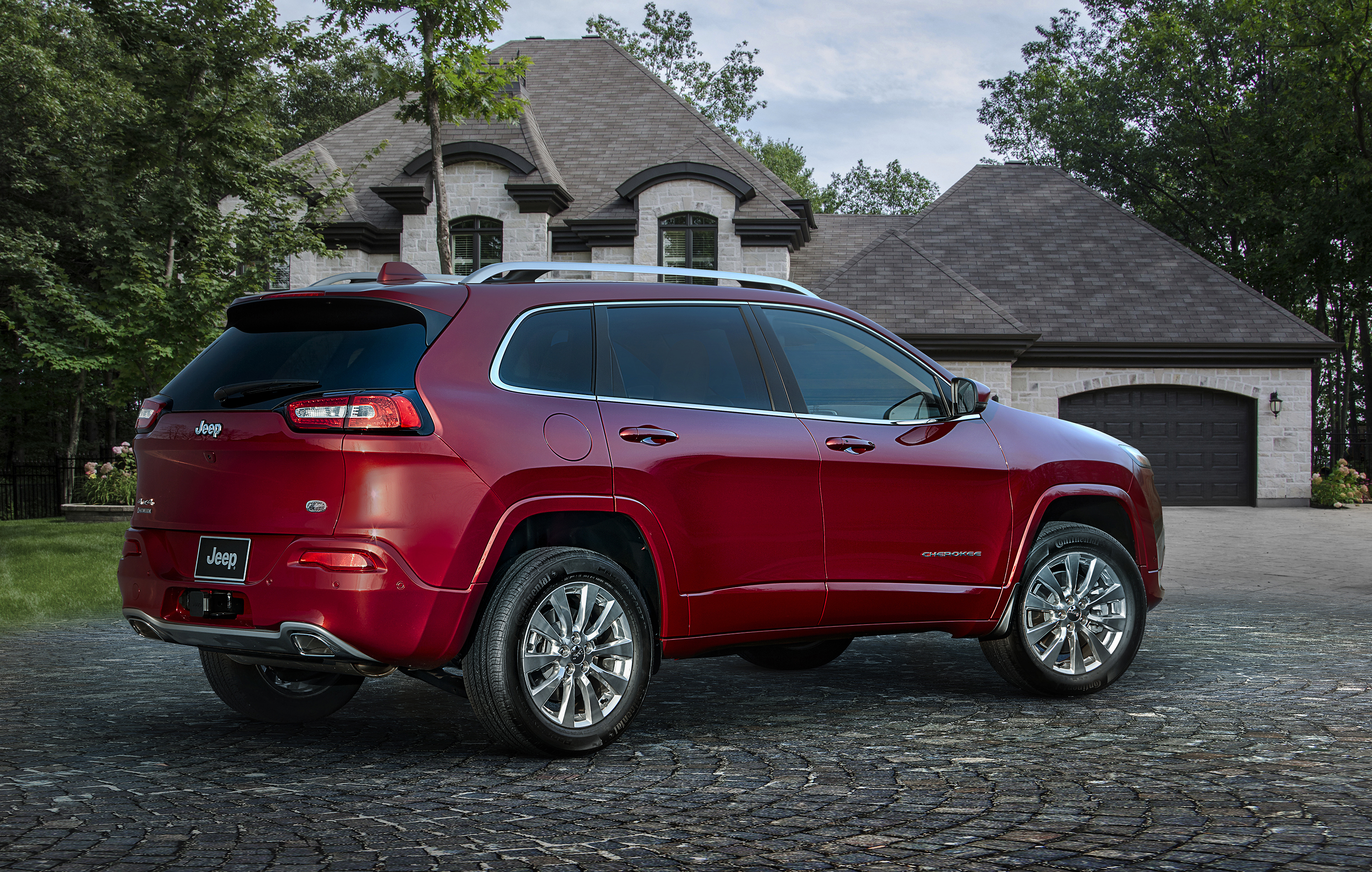 The all-new 2014 Cherokee was the first Jeep to use Fiat’s Compact Wide unibody platform derived from the 2010 Alfa Romeo Giulietta. Suitably widened for North American applications, the platform would underpin the new Dodge Dart and Chrysler 200 (both now extinct), as well as the Chrysler Pacifica minivan.

Rendered as a crossover, the Cherokee featured a wheelbase that was 13 centimetres longer than that of the previous Cherokee, with transverse-mounted engines and an all-independent suspension of front struts and a four-link rear setup. Most noticeably, it was no longer modeled after a refrigerator carton, but instead adopted international styling cues that were well received in almost every market, except maybe Alabama.

The cabin has more in common with the Grand Cherokee than anything that wore the Cherokee nameplate previously. It’s an attractive and quiet refuge finished with upscale, soft-touch materials. With seating for five, it’s roomy and has one of the most accommodating rear seats in its class; the bench slides fore and aft to expand legroom, and folds flat to accommodate bulky items. But the emphasis on passenger space results in less cargo volume than many of its class competitors can boast.

“Beautiful, well thought-out interior. Excellent controls, other than the phone button location. Plenty of room. We loved the hidden storage under the passenger seat,” remarked the owner of a 2014 model online.

Two distinct engines power the Cherokee: Fiat’s “Tigershark” 2.4-L four-cylinder makes 184 horsepower and 171 lb-ft of torque, while Chrysler’s optional 271-hp 3.2-L V6 is a derivative of its popular 3.6-L Pentastar (note that a V6 is now a rarity in the compact crossover category). All Cherokees make use of an innovative German-designed ZF nine-speed automatic transmission assembled in the U.S.

The 2015 V6-equipped models received an automatic engine stop-start system to improve their fuel economy numbers ever so slightly. A frontal-crash mitigation system was a new option. Beyond a few trim and equipment changes, the Cherokee remained largely unaltered through the 2018 model year. 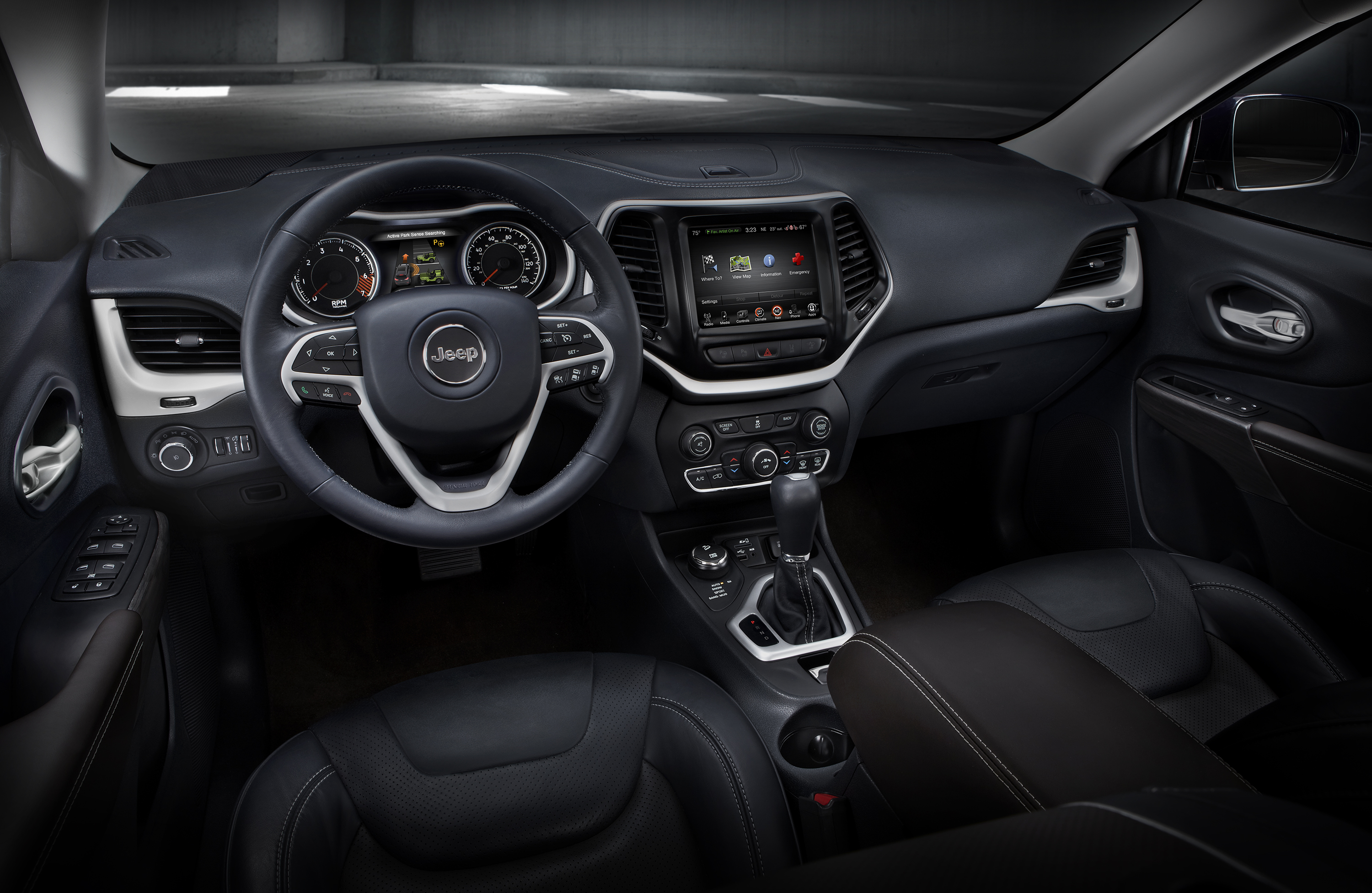 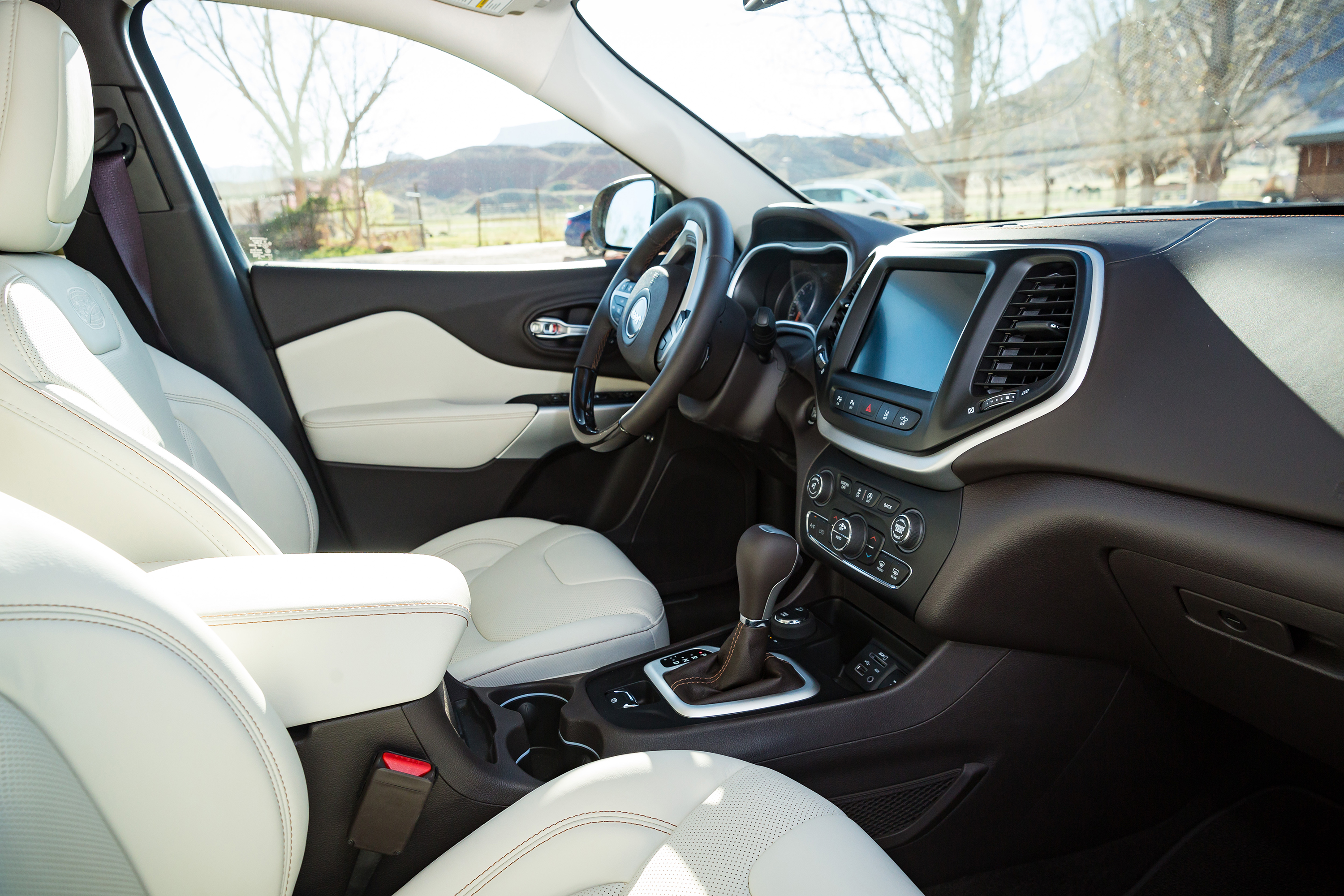 The Cherokee tips the scales on the heavy side in its segment – a Ford Escape weighs about 120 kg less – which is why four-cylinder models feel sluggish despite the competitive horsepower and torque ratings. Zero to 97 km/h comes up in a sleepy 9.5 seconds.

The smoother, more refined V6 models weigh even more, yet can get up to highway velocity in a handy 7.2 seconds. Braking performance is average and actually subpar if the Trailhawk is your preference, thanks in part to its off-road tires.

Despite its Jeep-worthy ability in the brush, the Cherokee is still a car-based crossover, so it delivers decent handling and a comfortable ride. Euro-firm suspension tuning controls body roll in corners without compromising the ride quality. Bump impacts are absorbed expertly, and the Jeep never feels floaty at speed. The electrically-assisted steering may not provide much feedback, but it’s nicely weighted and accurate.

Unfortunately, the Cherokee has among the worst fuel economy numbers in its class. The overtaxed four-cylinder engine isn’t much more frugal than the V6 in steady-state highway fuel economy. If gas costs are a concern, finding a front-drive model with the four banger is your best bet. 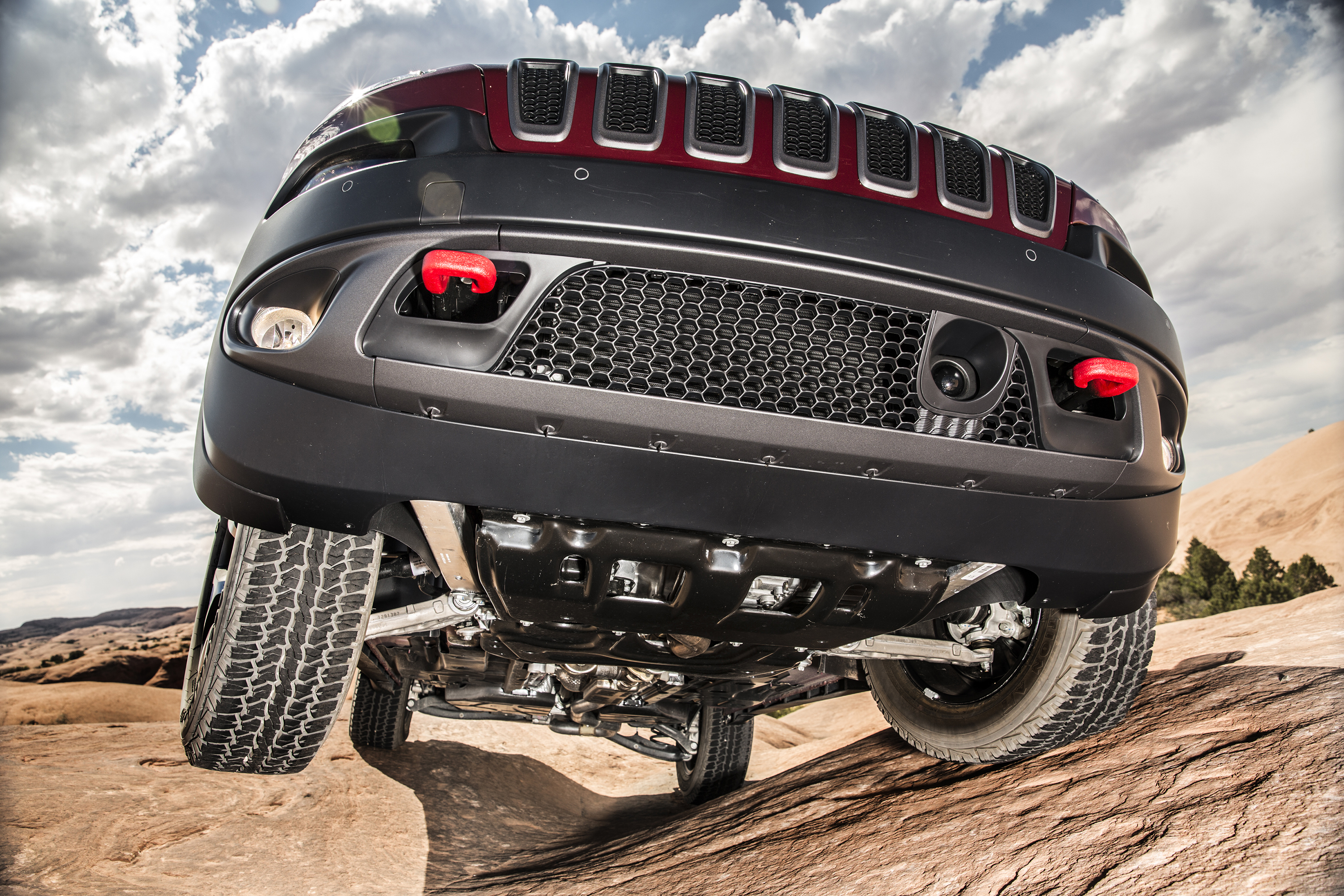 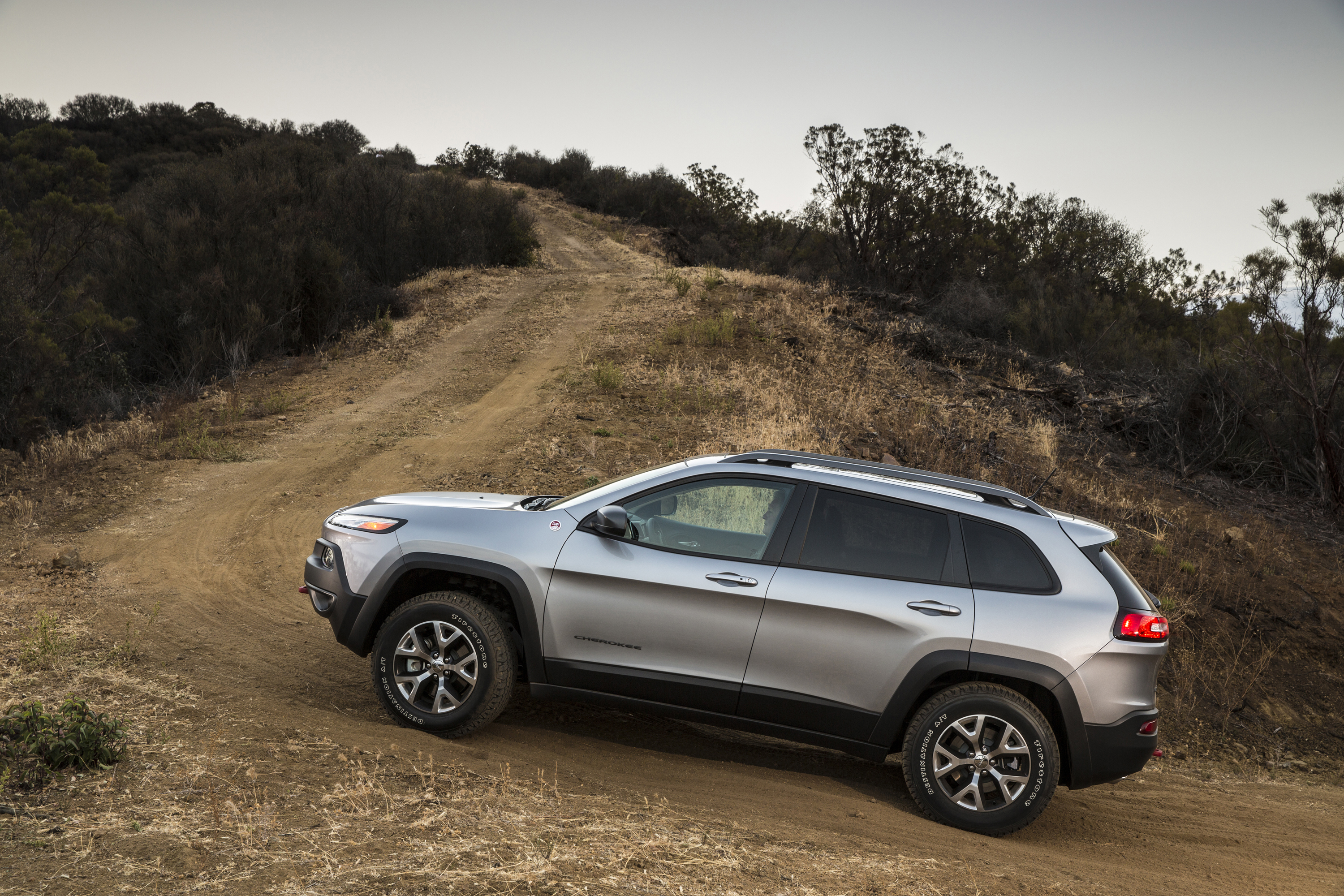 The product of meticulous toiling by the Jeep engineers at Fiat Chrysler, the Cherokee has more off-road capability than anyone can reasonably expect of a crossover – especially in the Trailhawk edition – but it doubles as a refined and comfy commuter shuttle, too.

Owners praise the Cherokee’s spacious cabin and high-tech features, its limousine-like quiet composure, trademark adeptness off-road, and handsome profile – although a few owners compared its front facia to that of Isuzu’s VehiCROSS, an extraterrestrial SUV that was never sold in Canada.

However, Cherokee owners have experienced some mechanical challenges to say the least. The first clue to the impending problems occurred during the product launch in 2013, when the initial batch of Cherokees was detained after leaving the assembly line while engineers sorted out the transmission calibrations.

It was a bad omen. A tsunami of complaints about its shift quality and reliability surfaced after the Cherokee left showrooms. The 2014 to 2016 models generated a high number of consumer beefs citing the transmission.

“After 6,000 kilometres I started feeling weird transmission shifting. I ended up taking it in again and again… seven times and finally the transmission failed and they put a new transmission in for me. It was same problem again,” wrote an exasperated driver online. Transmission software updates don’t always resolve the issue, say owners. Dealers are repairing or swapping out the nine-speed transmission in considerable numbers.

In addition to being sluggish and barely fuel-efficient, the Fiat-sourced four-cylinder engine is prone to consuming lots of motor oil, which can lead to the engine grinding itself to pieces.

“Jeep replaced the original engine under warranty due to excessive oil consumption that caused the engine to stall while driving. Now the second engine, after only a few thousand miles of driving, is also consuming excess oil,” reads a complaint. The optional V6 is reportedly a better powerplant.

Mysterious engine shutdowns, often at speed, have been commonly reported. Some dealers claim it’s designed to do that when the engine runs low on oil – an unlikely safety feature that actually imperils vehicle occupants when they lose their power-assisted steering and brakes.

If you must have a Jeep Cherokee, buy a 2017 or newer model, which appears to have fewer reported problems. Leave the earlier ones on the lot. Your credit rating will thank you. 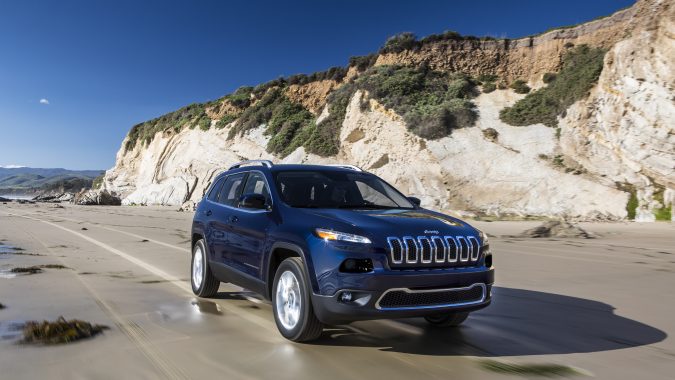 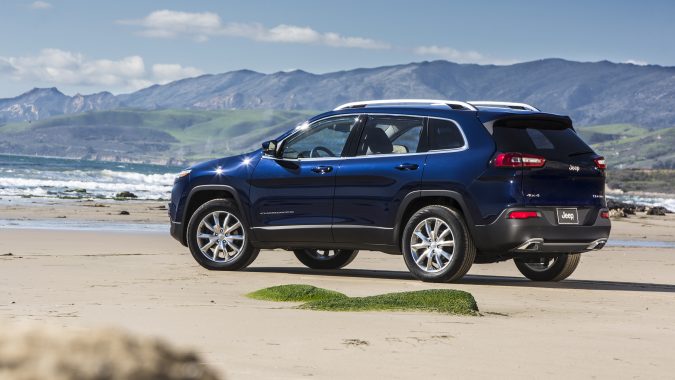 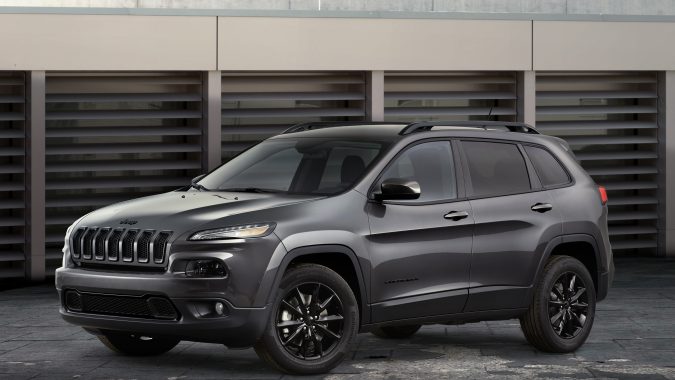 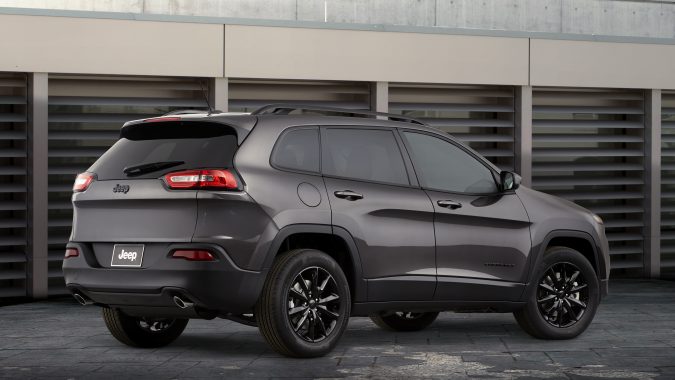 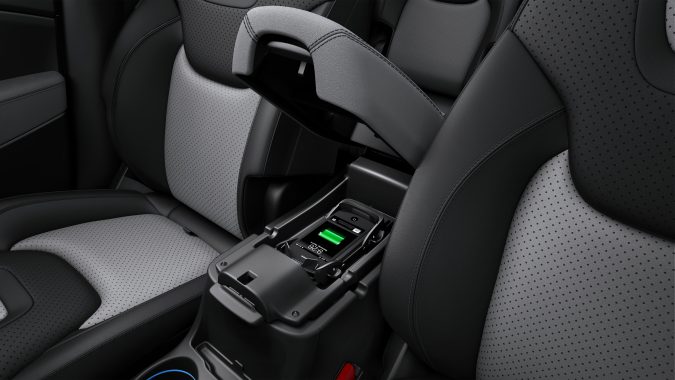 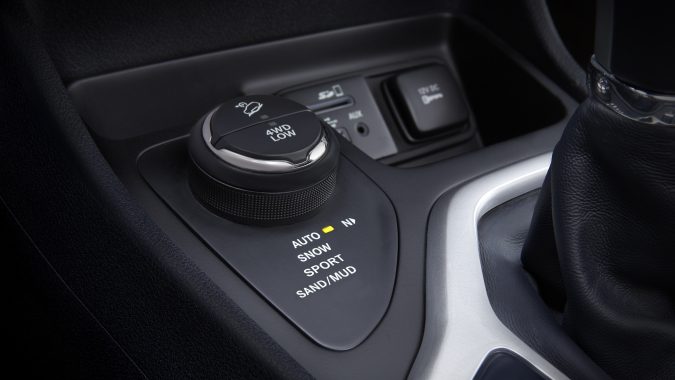 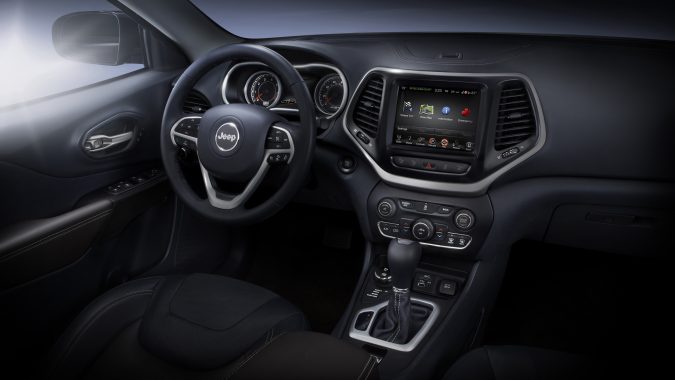 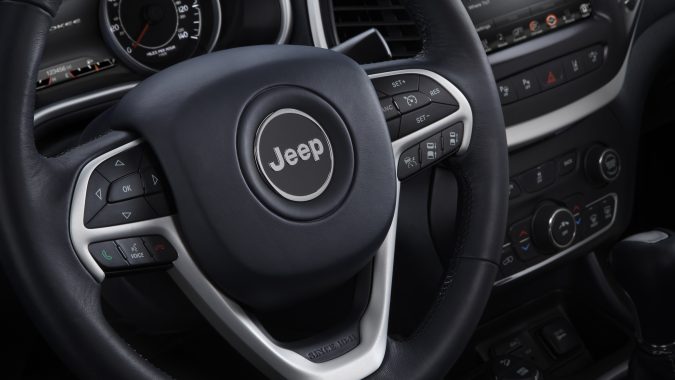 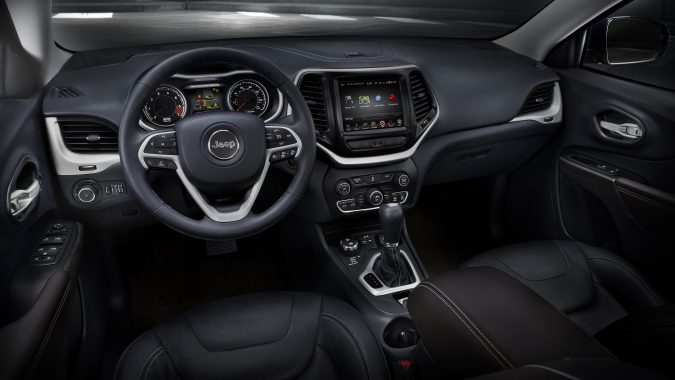 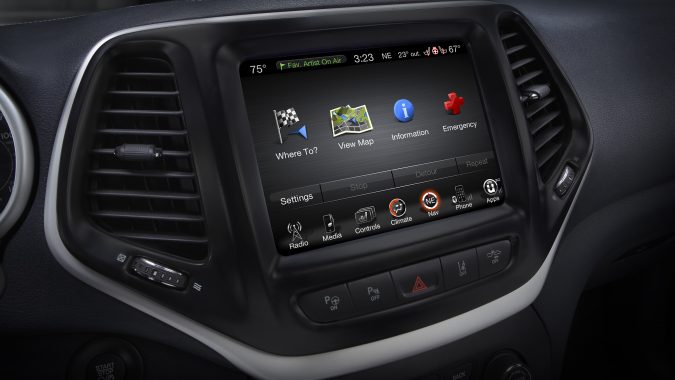 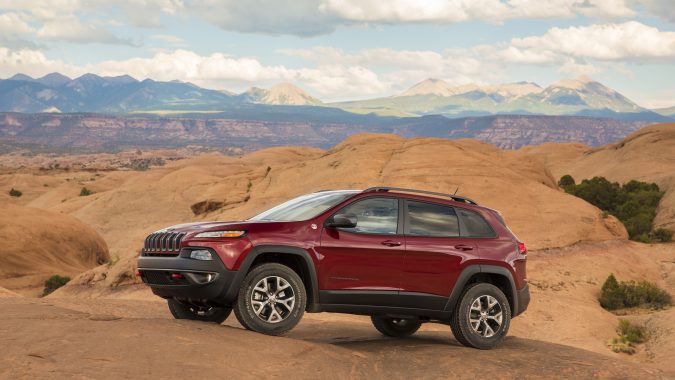