You gotta hand it to Mazda.

Irrepressibly inventive, Mazda licensed the Wankel rotary engine from German automaker NSU and toiled to improve the tiny powerplant’s longevity and emissions. It designed the Cosmo sports car around the rev-happy engine, creating one of the world’s most technologically fascinating cars in 1967.

Mazda brought its rotary-powered cars to North America in 1970, but the wee engines were gas guzzlers – an inconvenient truth that nearly sank the nascent brand during the 1973 oil crisis. Ford helped the floundering automaker by buying a stake in it.

Mazda returned to making fuel-efficient piston engines and putting them in nicely designed compact cars and trucks. Then Mazda built a facsimile of the 1962 Lotus Elan roadster – except that it started reliably and didn’t hemorrhage fluids. The 1990 Miata became the world’s bestselling roadster.

Why the history lesson? Just to point out that Mazda likely shouldn’t exist right now. Automobile manufacturing is an enormously expensive endeavour, and relatively small fries like Mazda flirt with extinction with any misstep.

Mazda has to survive by its wits alone – now that it’s parted ways with Ford – which means daring to create passionate autos people want to drive. The MX-5 Miata remains its halo car, and engineers try to infuse its DNA in everything it makes. Which helps to explain the CX-5’s appeal. 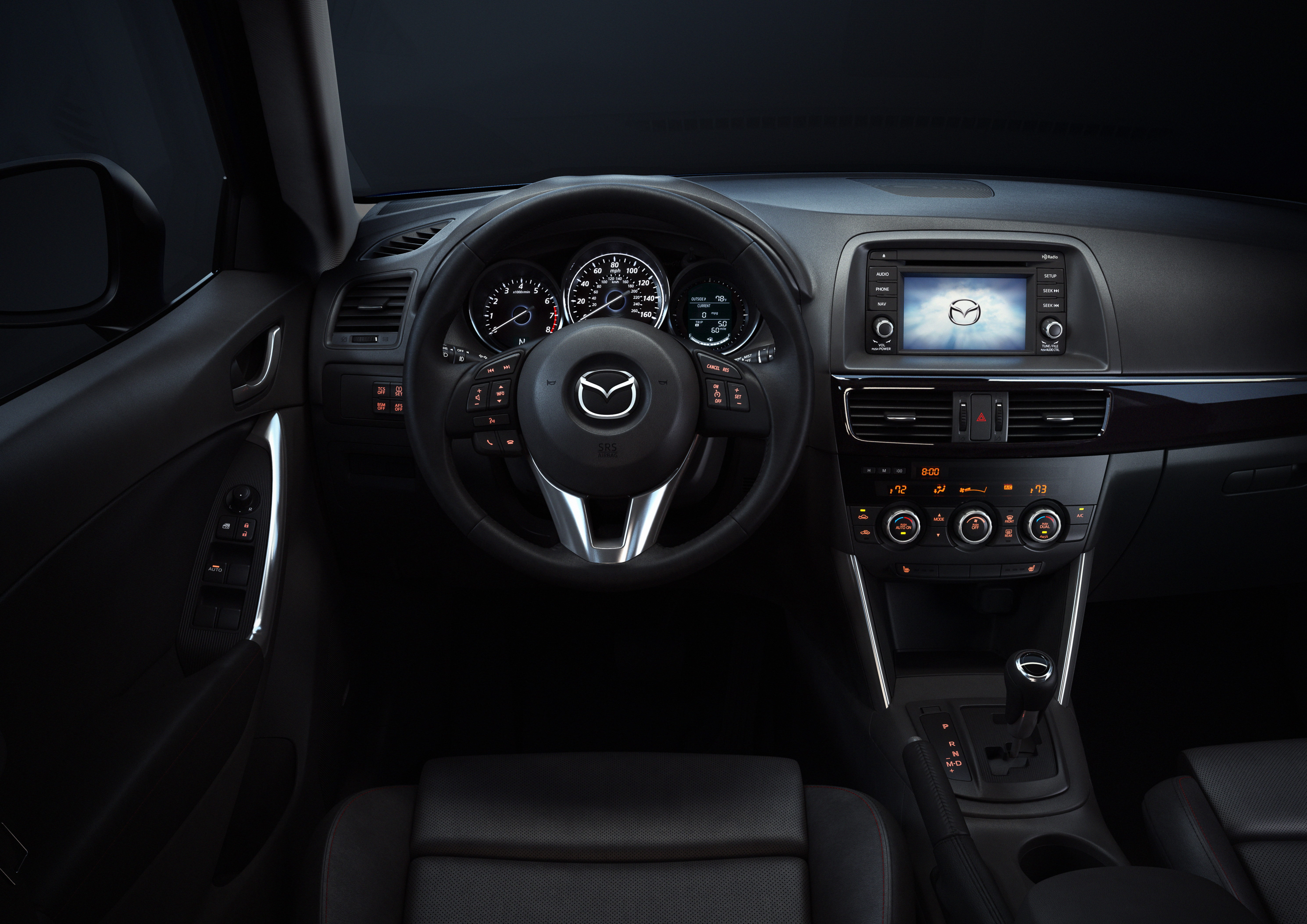 The all-new 2013 CX-5 compact sport-utility cast a slightly smaller shadow than that of the CX-7 it replaced, yet its upright profile yielded a roomier, more useful cabin, happily taking five occupants and their gear.

Its rigid platform is composed of high-strength steels to save weight – a big part of the automaker’s mantra. It’s 220 kg lighter than the retired CX-7 and some 175 kg lighter than Ford’s redesigned 2013 Escape (Mazda marketed a version of the old one called the Tribute).

Drivers get a well-bolstered seat and face a business-like instrument cluster. Visibility is excellent (except for the rear view); it’s refreshing to have a SUV with big windows. The materials inside are better than average and rear-seat legroom is generous, along with the cargo volume.

Initially, every CX-5 came with the fuel efficient Atkinson-cycle 2.0-L Skyactiv four cylinder engine that had debuted in the 2012 Mazda3. The direct-injection motor made 155 hp and 150 lb-ft of torque, working through a short-throw six-speed manual or six-speed automatic transmission with an aggressive lock-up clutch in its torque converter. Electric power steering contributes to better efficiency, too, by not drawing on the engine the way hydraulics does.

Reacting to criticism that the 2.0-L four made the CX-5 feel sleepy, Mazda bestowed the Touring and Grand Touring models with a bigger engine pinched from the new Mazda6 sedan for 2014. The Skyactiv 2.5-L four puts out 184 hp and 185 lb-ft of torque. Other enhancements included the availability of a collision warning and assist system dubbed Smart City Brake Support.

The 2016 models got a thorough refresh with cosmetic tweaks (including optional LED headlights), better cabin materials, revised suspension tuning, more sound insulation and a new infotainment interface, with standard Bluetooth across the board. 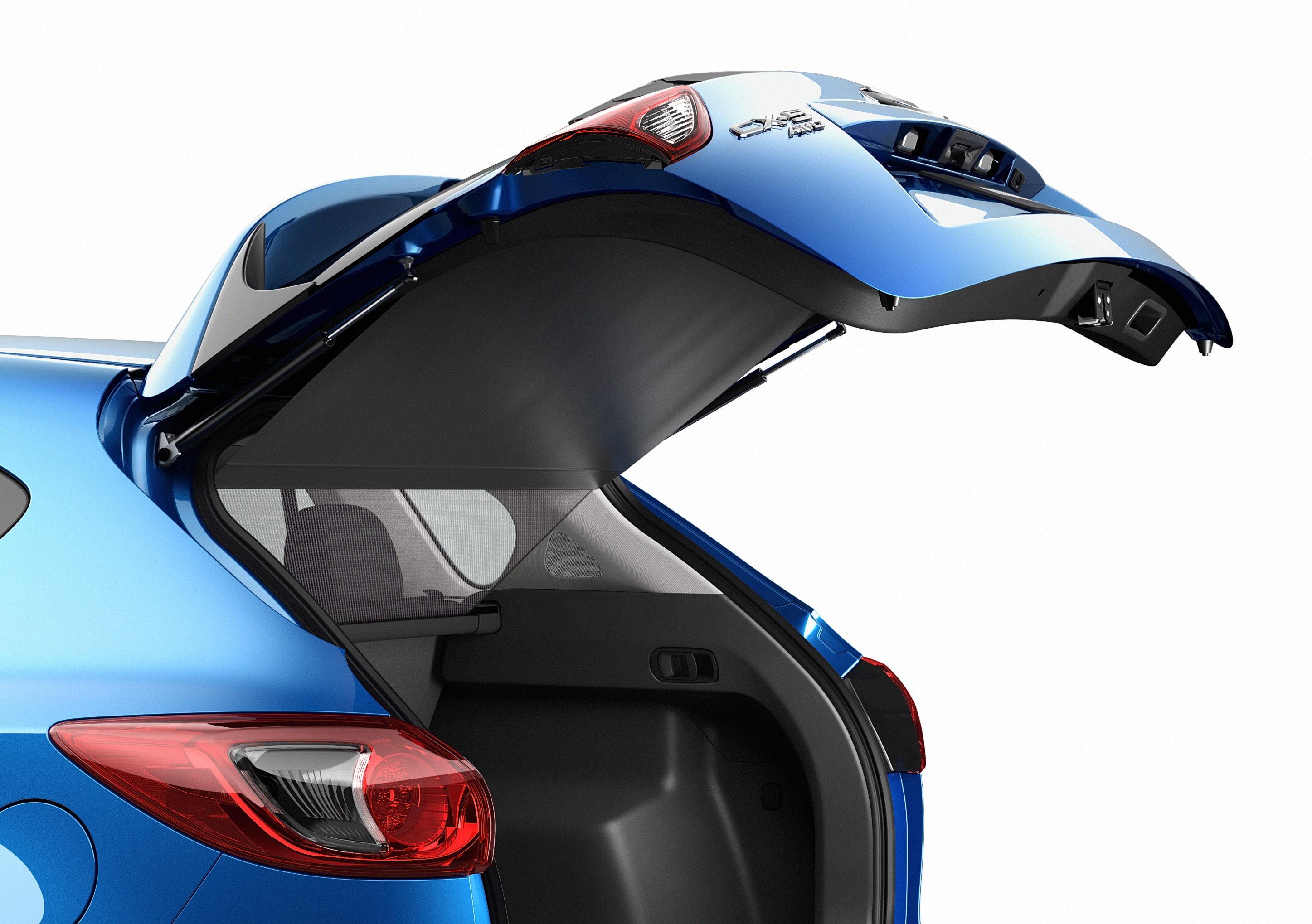 No kidding about the CX-5 feeling somnolent. Even the lightweight front-drive model with the six-speed manual transmission took 9.2 seconds to reach 97 km/h, which is econobox territory. The all-wheel-drive version with the automatic was barely slower at 9.4 seconds.

“The engine is definitely underpowered for the car. I literally had to floor the gas pedal every time I merged onto the highway,” observed one CX-5 pilot in an online post.

With the larger 2.5-L Skyactiv engine available starting with the 2014 models, the AWD CX-5 took a more reasonable 7.6 seconds to highway velocity, making it a viable companion in the cut-and-thrust of daily commuting (it comes only with the autobox). Both engines are rated to tow 2,000 lbs (907 kg).

It may not be quick, but true to Mazda’s mission, the CX-5 is a roads scholar. The chassis provides a stout foundation for the suspension and the steering, which is quick and crisp. The car is well-balanced and body motions are aptly managed. Braking is very effective and better than the class average. The steel diet pays dividends in terms of agility and prompt driver feedback – just like a sports sedan, if not a roadster.

“The CX-5 is certainly the best-handling crossover on the market, with dynamics similar to the BMW X1/X3. The ride was stiff, which was good on smooth roads but uncomfortable on rough roads,” reads one owner’s assessment.

The Skyactiv technology generally pays off at the gas station, though these engines and transmissions seem sensitive to aggressive throttle inputs and exhibit good fuel efficiency when driven by the proverbial little old lady from Pasadena. A light foot is rewarded with good numbers, owners say. Generally, expect 27 mpg (10.5 L/100 km) around town. 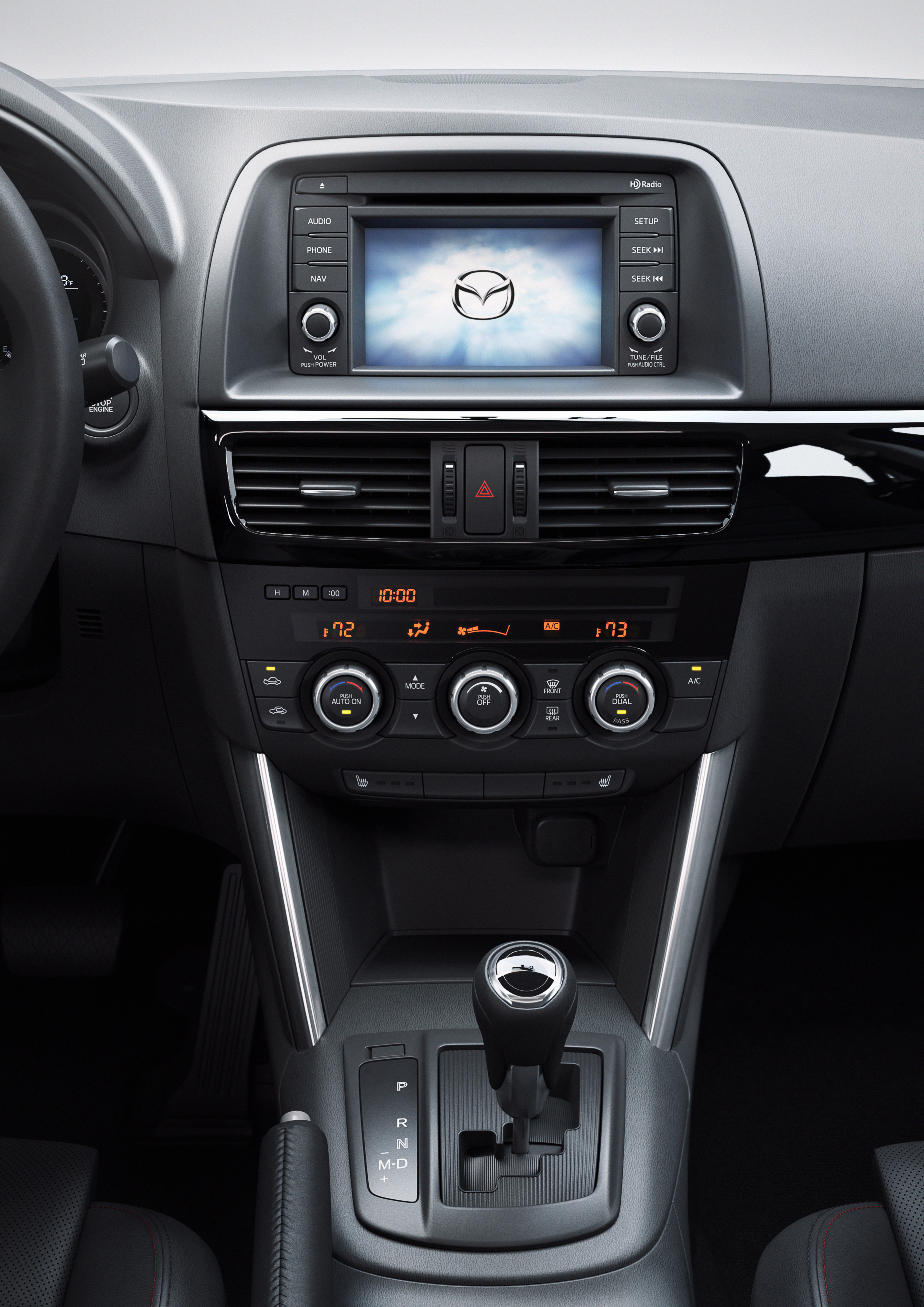 There’s a surfeit of perfectly serviceable compact sport utilities these days, yet thanks to Mazda’s resourcefulness, it found a niche that had been left untapped: a fun-to-drive ute.

“As awesome as everyone says. Above average fuel economy, roomy, easily looks and drives better than anything else in its class, and a pleasure to own/maintain,” summed up one owner online.

What’s not to like? The list is pretty short: an underwhelming base engine, a Bose stereo that sounds like a knock-off, and a sorely needed cargo lamp. Mazda’s compact SUV is also a little noisier on the highway than some people would prefer.

Mechanically the Japanese-built CX-5 has not exhibited a lot of problems, but it isn’t entirely without faults, either. The most common issue is a windshield that seems susceptible to cracking at the slightest provocation.

You may also like: 2017 Mazda CX-5 production starts in Japan

“An 18-inch windshield crack developed overnight for no apparent reason. Started from top centre gasket and wrapped around rearview mirror attachment,” read one complaint online. Some owners reported changing their windshield once or even twice in the matter of a couple of years.

There are too many complaints to chalk this up to a gravel-truck epidemic. Mazda dealers typically refer customers to their insurance companies, but if pressed, some dealers will replace the windshield as a warranty item.

Some CX-5 owners are reporting issues with the Skyactiv automatic transmission. Drivers describe drivetrain “shock” when shifting from Park to Drive, or in some instances as a lag before the car actually starts moving forward. Sometimes the launch is erratic during a cold start. Dealers have replaced some transmissions under warranty.

Other reported maladies include problems with the infotainment system, easily chipped paint and vibrating sideview mirrors. Plenty of owners have complained about quick-wearing rear brakes. Oddly, there are reports of the power-assisted driver’s seat reclining on its own, sometimes when the car is parked and unattended.

Mark Toljagic is an accredited automobile journalist with a pro-consumer bent – which also describes the condition of many of his own cars. You can read more from Mark at “Buying Used“ on Wheels.ca