Likewise, embryonic Tesla leapt off an induction coil in 2003 to disrupt the stuck-in-neutral automobile industry. But beyond building all-electric vehicles, what makes Tesla different?

For one thing, Tesla doesn’t advertise nor does it have a snappy tagline. It sells its cars online rather than through a dealer network owned by franchisees that rely on service departments to pay the overhead. Instead, Tesla fixes cars at its corporate service centres, dispatches mobile technicians that come to the customer, and provides diagnosis and software updates over the Internet.

Teslas should be inherently reliable. Electric motors are more durable and maintenance-free than any internal combustion engine – the latter relying on hundreds of moving parts. Consumer Reports anointed Tesla for having the highest customer satisfaction of any automaker in 2020.Yet Tesla earned the worst initial quality score of any automaker rated by J.D. Power this year, with an average of 250 problems per 100 vehicles, a “projected” score given the fact that Tesla owners were surveyed in just 35 states where the company was permitted to approach them, making the study inconsistent. So, are Teslas good or not?

The Model S was the company’s first mainstream product with its swoopy five-door liftback design crafted for the luxury-car market. It began with a short run of 2012 model-year production before commencing with 2013 models.

Inside, occupants will find a sleek, upscale cabin that is largely absent of knobs and buttons, replaced by a 17-inch vertical touchscreen – resembling an outsized iPad – that controls almost everything, including the audio, navigation and climate systems. For drivers accustomed to intricate gauges and switches, it takes some getting used to.

“My 17-inch monster touchscreen went blank the other day. That wouldn’t be a big deal in most cars, but nearly everything about this car is controlled from that screen. I couldn’t even open the charger port cover or change the heat,” wrote one flustered owner. Secondary controls sprinkled around the interior, such as the power-window buttons, are supplied by Mercedes-Benz. Still, there are other $100,000 cars that lavish buyers with better interiors.

The cabin is big and airy for four or five adults, although taller rear-seat passengers might find the headroom restrictive. The front seats lack some of the multitude of adjustments found in other pricey luxury cars. Trunk space is expansive, and doubly so when the rear seats are folded down. Thanks to the compact electric drivetrain, the Model S offers 5.3 square feet of storage space in the “frunk” under the hood.

The Model S initially used a single water-cooled electric motor powering the rear wheels, fed by Panasonic lithium-ion battery packs laid out under the floor. Early on Tesla offered a base 40-kWh (kilowatt-hour) battery pack, producing 235 horsepower, that was discontinued due to little consumer appetite for a car with 220 km of range. 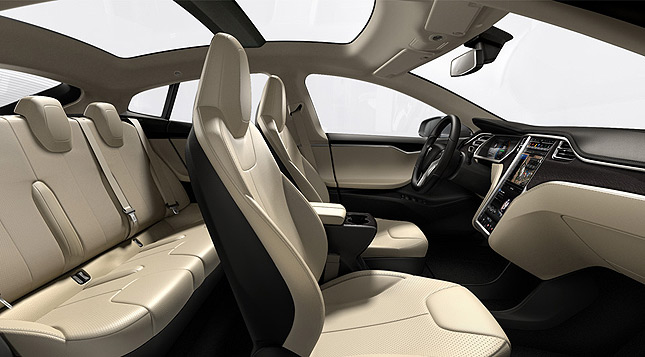 Teslas can be recharged from standard 110- and 240-volt household outlets and public charging stations using Tesla’s Universal Mobile Connector. Charging with a 110-volt outlet is turtle slow, restoring 5 km of range per hour of charging. A 240-volt outlet with a 50-amp circuit can recharge about 50 km of range per hour, taking seven hours to fully recharge the 60 kWh pack.

The dual-charger system, which needs a 100-amp circuit, doubles the recharge rate to about 100 km of range per hour. Tesla’s “Supercharger” network (with apologies to Hot Wheels) can replenish up to 320 km of range in the 85 kWh batteries in one hour to enable long-distance travel. Owners report frigid weather can diminish battery range significantly.

Unlike other automakers, Tesla makes running changes anytime rather than at the start of a new model year. Tesla offered four trim levels in 2014 denoted by their kWh capacity: the Model S 60, 85, P85 and P85D. The D suffix indicates the presence of a second electric motor to supply all-wheel drive. Tesla claims a 0-97 km/h time of 3.2 seconds for the P85D – supercar territory.

For 2015, Tesla expanded all-wheel-drive availability with dual motors in the 70D, 85D, P85D, 90D and P90D models, some with more kWh capacity. The 2016 S sported revised front-end styling and saw the 70/70D variants phased out in favour of the entry-level 60 and 60D, which are detuned, software-limited versions of the 75/75D. The P90D with the optional Ludicrous mode boosts output to 532 hp, good for an eyeball-peeling 2.5-second sprint to highway velocity.

Tesla simplified the choice to just three AWD models for 2018: 75D, 100D and P100D. For 2019 and 2020, all came with the same 100-kWh battery pack and dual-motor all-wheel drive. Buyers simply pay for software to unlock the performance of the more expensive models, since all come equipped with the same hardware.

Unlike gasoline or even diesel engines, electric motors provide their abundant torque right up front, so acceleration is brisk when the battery capacity is sized correctly. Teslas are eerily quiet, free of the clatter and exhaust noise of a combustion engine, at least until you hit highway speeds, when wind and tire noise become prominent.

With the battery pack and electric drivetrain mounted low under the car, the Model S is a talented road handler. The well-tuned steering and suspension augment the car’s low centre of gravity, and the brakes (some models offer Brembo hardware) are unusually strong for an EV. The ride quality is compliant, especially with the optional air suspension, although some owners feel that Tesla still has a way to go to match the refinement of some high-end Audis and BMWs.

Remarkably, the first-generation Model S continues to own the electric luxury-car segment after eight years, with only one competitor – the Porsche Taycan – having just joined the fray. Owners rave about the Tesla’s breakneck acceleration, precise handling, impressive battery range and spacious cabin. On the downside, the S lacks Apple CarPlay and Android Auto smartphone integration, as well as some of the decadent features found in conventional luxury cars. 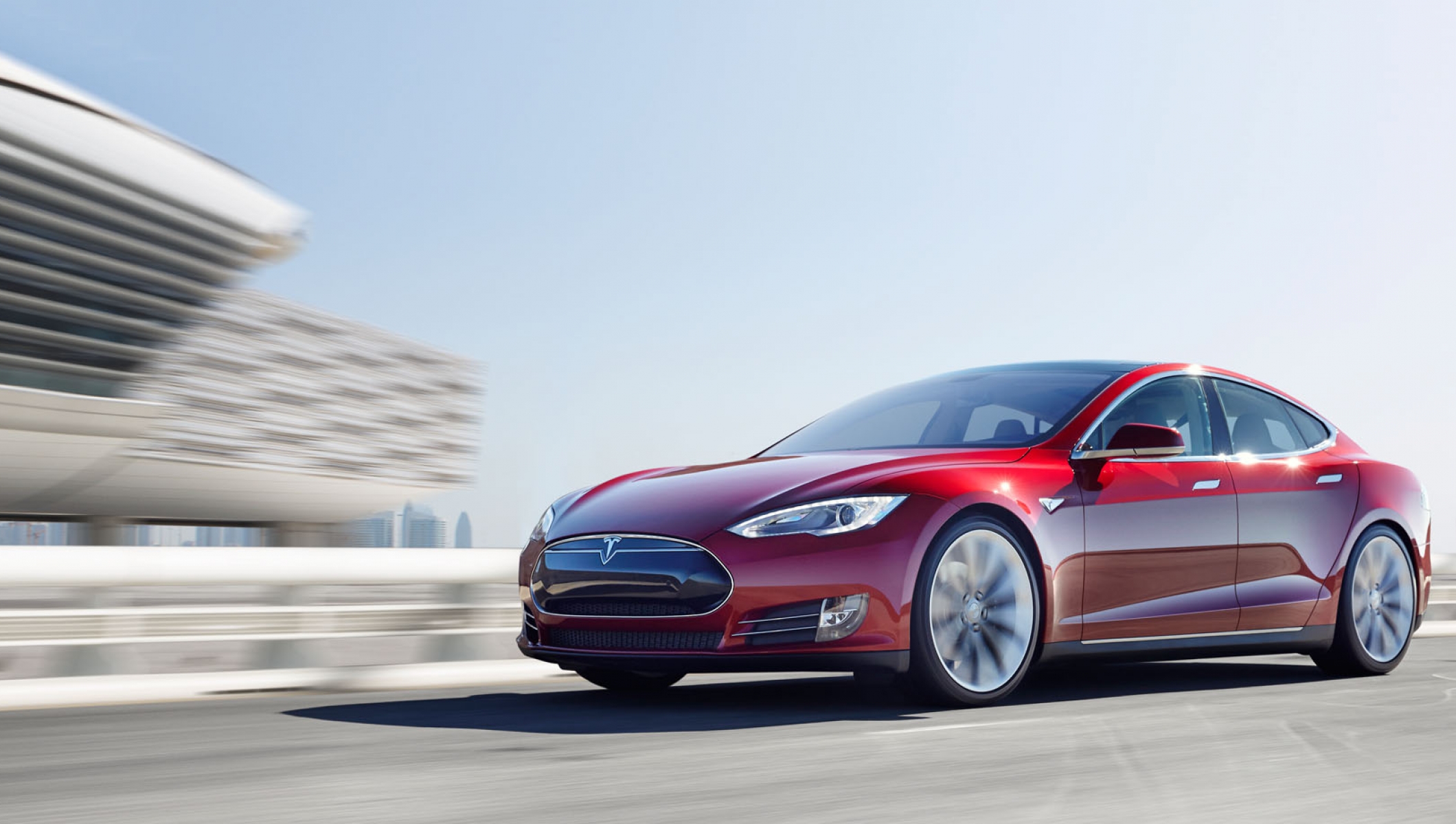 Would-be owners are curious about the Tesla’s dependability, especially those considering a second-hand model. Tesla stores are few and far between, which makes servicing less convenient, especially when the aftermarket has been shut out of the parts supply chain. Fortunately, drivers can look forward to a pretty painless ownership experience – except for the following issues.

“My 2013 Tesla S 85 reached 145,000 km last week. So far, the total repair bill for it was $29 for a flat tire. Unbelievably, my Tesla still has its first brakes, and I just replaced its second set of tires. I drove it over 13,000 km to the East Coast and back free-of-charge, using superchargers, with not a single problem.”

More annoying for those accustomed to pricey German automobiles is the number of squeaks and rattles that announce themselves over time. J.D. Power noted in its most recent IQS study that Tesla, being a relatively new automaker, struggles with assembly problems, such as paint quality, body panel fit and wind noise, that other manufacturers solved years ago.

What Tesla has managed to perfect is its electric drivetrains. We could not find one owner complaint about the high-tech hardware. The battery packs are robust with very little capacity degradation after five, six or even eight years of service. Drivers marvel at the car’s astonishing performance in return for a $30 bump in their monthly household electricity bill – a distinction that makes Tesla truly different.