The Optima parachuted into the mid-size sedan segment seemingly out of a clear blue sky, with a great value proposition.

Bill, an old high-school chum, works in Toronto’s booming film and television industry as an extra – those silent people that fill the scene as passersby on a sidewalk, the other diners in a restaurant or the somnolent passengers on a subway train.

Patient, ordinary-looking people who can take instruction well, extras share the camera shot with the biggest actors in the business, but then so does the furniture, the trees and the fire hydrants. Extras are scenery that moves.

Kia used to make a sedan so mind-numbingly bland that it served as the perfect anonymous car needed in insurance, auto repair and a myriad of other TV commercials. Viewers were hard-pressed to identify the Magentis, so it could never draw attention away from the advertiser’s message.

Designer Peter Schreyer, lured away by Kia from Volkswagen Group (and whose seminal work included the original Audi TT), made certain that people would recognize its successor, the 2011 Optima. 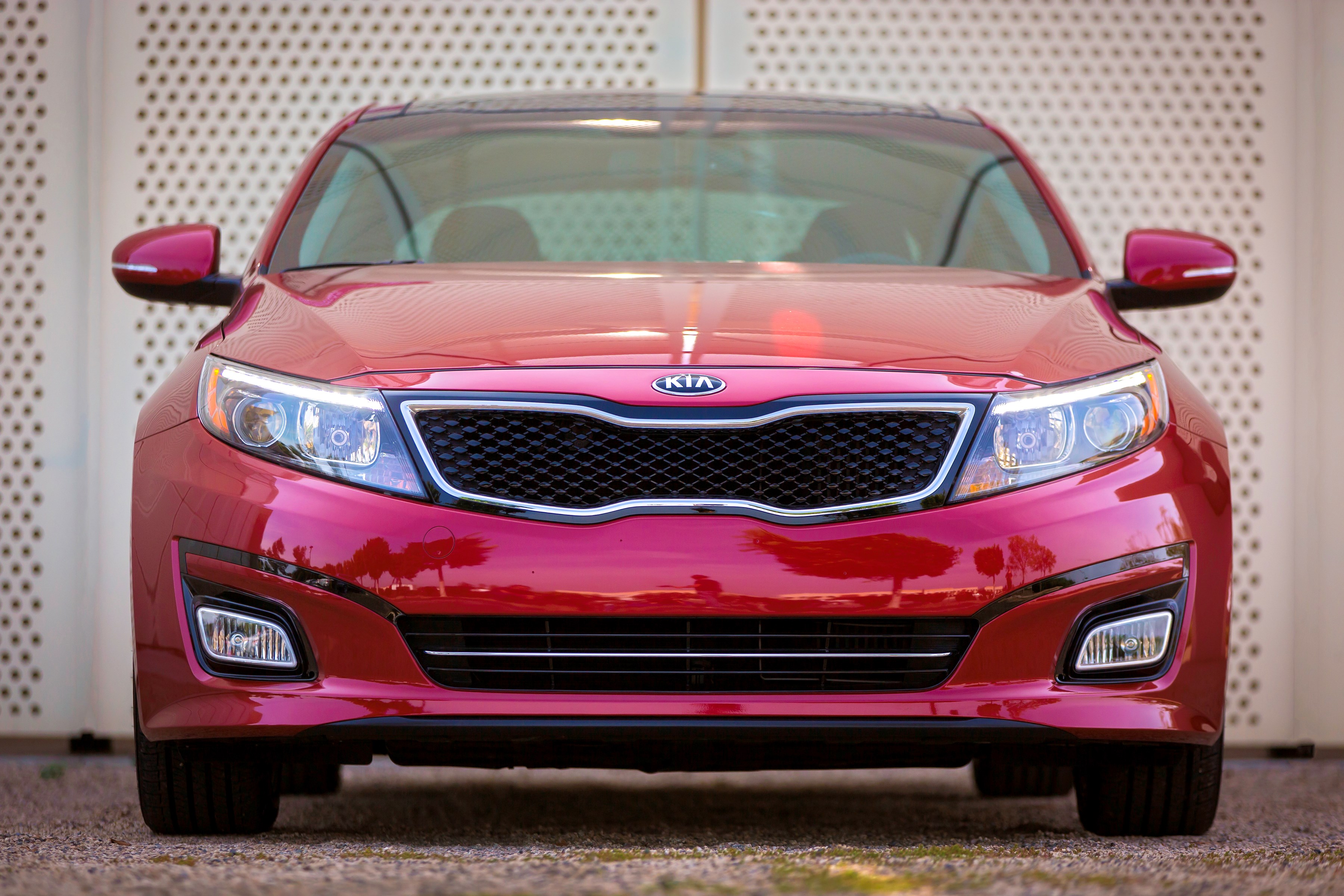 The third-generation Optima – the first to wear the name badge in Canada – was an appealing example of automotive sculpture. Longer, lower and wider than the Magentis, the Optima was a striking wedge of a midsize sedan. Schreyer had given it a sleek and sporty profile, complete with a “tiger nose” grille that had become the company’s face.

With Hyundai owning a minority stake in Kia, the two South Korean automakers share a lot of platforms and components to control costs. As a result, the Optima was built on the newly enlarged Hyundai Sonata front-drive platform with the same MacPherson struts, coil springs and an anti-roll bar up front, and a multilink setup with coils in back. The Optima’s suspension and electric power-steering system were tuned to be more driver-centric, however.

The interior was spacious with comfortable, if stiff, seating and ample legroom front and rear. Rear seat headroom was a little tight due to the car’s coupe-like roofline, and the optional panoramic sunroof took away more noggin space. An abundance of soft-touch materials, tight seams and precise switchgear made the interior a standout.

Kia packed its Honda Accord killer with plenty of prime features, including keyless entry, satellite radio and a height-adjustable driver seat with power lumbar adjustment. True to the corporate tagline, the Optima had the power to surprise.

“Roomy interior, extreme legroom in the back for three kids ages 10, 13 and 17. Heated leather seats, front and rear, keeps everyone toasty,” wrote a fan online. On the downside, some noticed the front passenger seat is mounted too low, and rear visibility is limited by wide pillars.

Power was supplied by Hyundai’s all-aluminum, direct-injected 2.4-L four cylinder, good for 200 hp and 186 lb-ft of torque, working through a six-speed manual or automatic transmission. 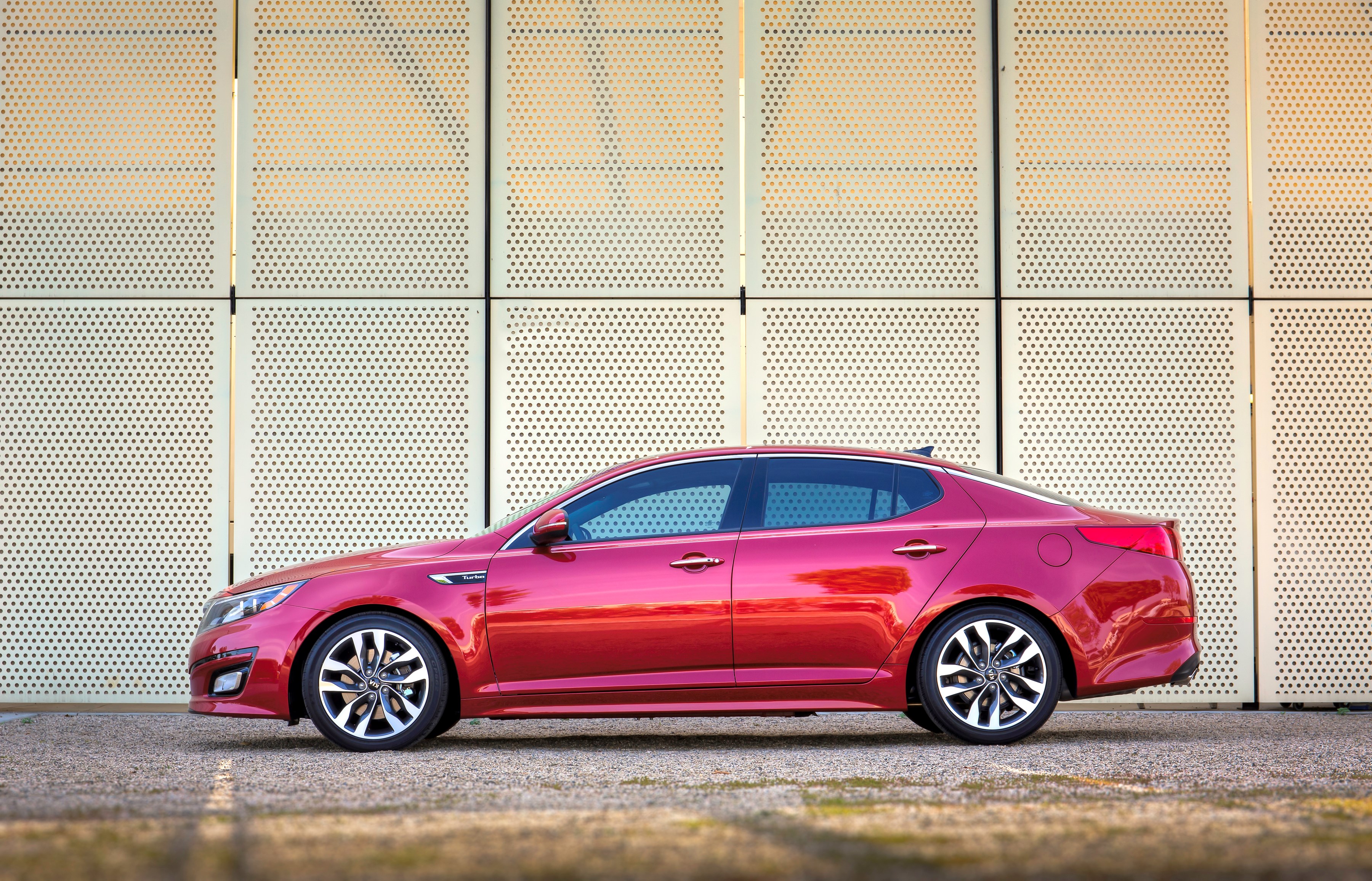 In place of a V6 option, the Turbo model churned out 274 hp and 269 lb-ft of torque from its turbocharged 2.0-L four-cylinder firecracker, tied to the autobox exclusively.

Like its Sonata counterpart, the gas-electric Optima Hybrid was motivated by a 166-hp, 2.4-L four cylinder matched with a 40-hp electric motor for a total output of 206 hp and 195 lb-ft of torque, working through the conventional six-speed automatic transmission (and not a CVT).

The 2012 Optima received Kia’s optional Uvo voice command interface. For 2013, the Hybrid model was re-tuned to yield better mileage numbers, but slightly fewer horses (down to 199 hp combined). It was also the last year for the manual gearbox, sadly.

All Optimas received refreshed front and rear styling for 2014. Inside, the front seats were redesigned for improved comfort and there were some new options, including a blind-spot monitoring system, rear parking sensors, and enhanced display screens. 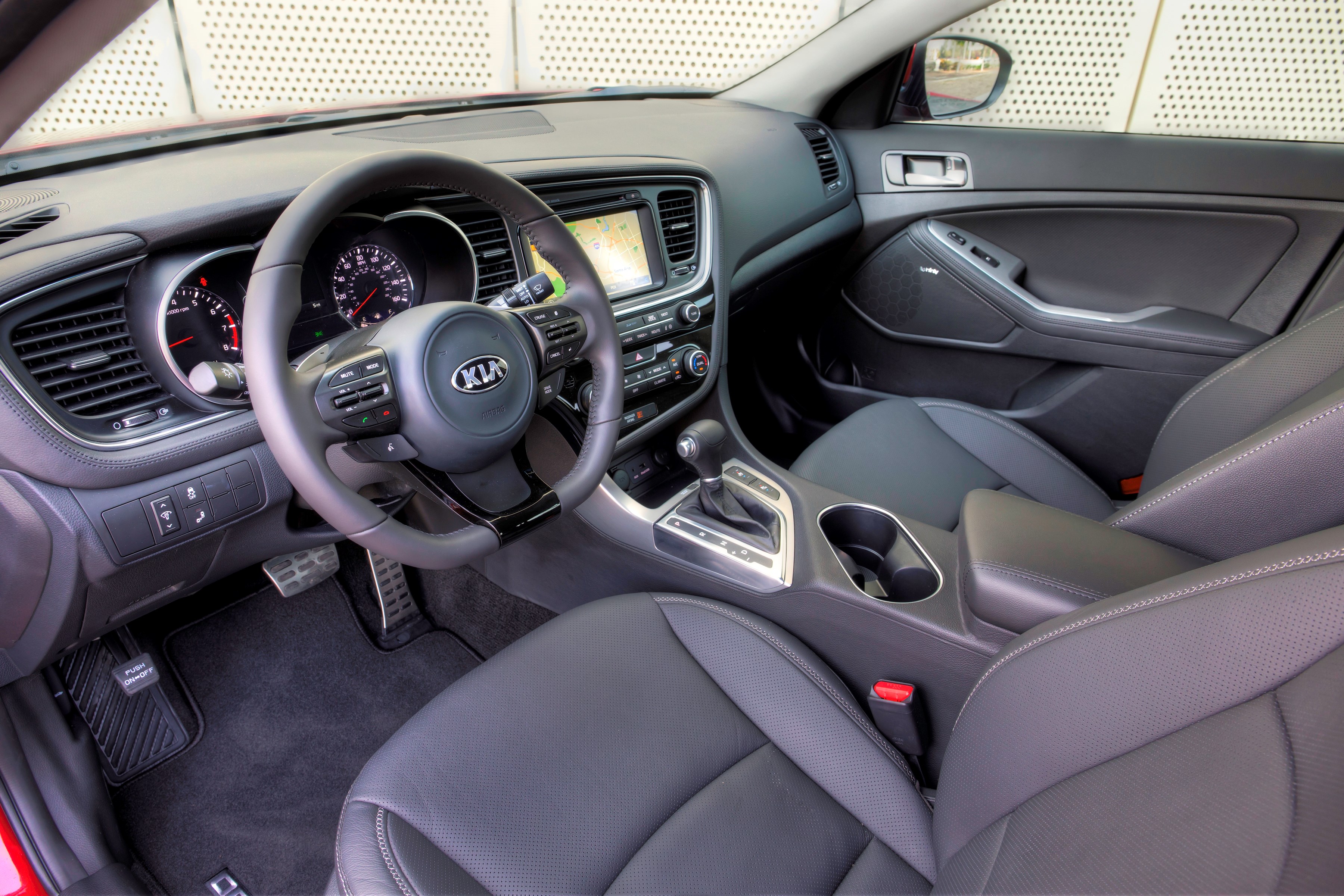 Equipped with the popular six-speed autobox, the Optima accelerated to 97 km/h in 7.8 seconds, quicker than a four-cylinder Accord and Camry. The scene-blurring Turbo was swifter, taking 6.4 seconds to highway velocity, while the righteous Hybrid could do it in a sedate 9.2 seconds.

The Optima acquits itself well on the road: steering inputs are processed quickly and accurately, lending the sedan a welcome degree of agility. The stiff ride quality is a little more pronounced than the unremarkable lateral grip (just 0.80 g) would lead one to expect. Braking performance is a little poorer than average.

Road noise is prevalent, an annoyance some owners pinned on the budget Nexen tires. A different set of rubber can improve noise, ride and handling markedly. Not all were thrilled with Kia’s rather optimistic fuel economy ratings, either. The 200-hp four cylinder can seem thirsty in city traffic, owners griped.

The exception was the Optima Hybrid, which earned a Guinness World Record in 2011 for the lowest fuel consumption by a hybrid vehicle while crisscrossing the continental United States, averaging 3.64 litres/100 km or 77.5 miles per gallon. Hypermiler Wayne Gerdes, whose gas-saving strategies are not always endorsed by police, was the contract pilot. 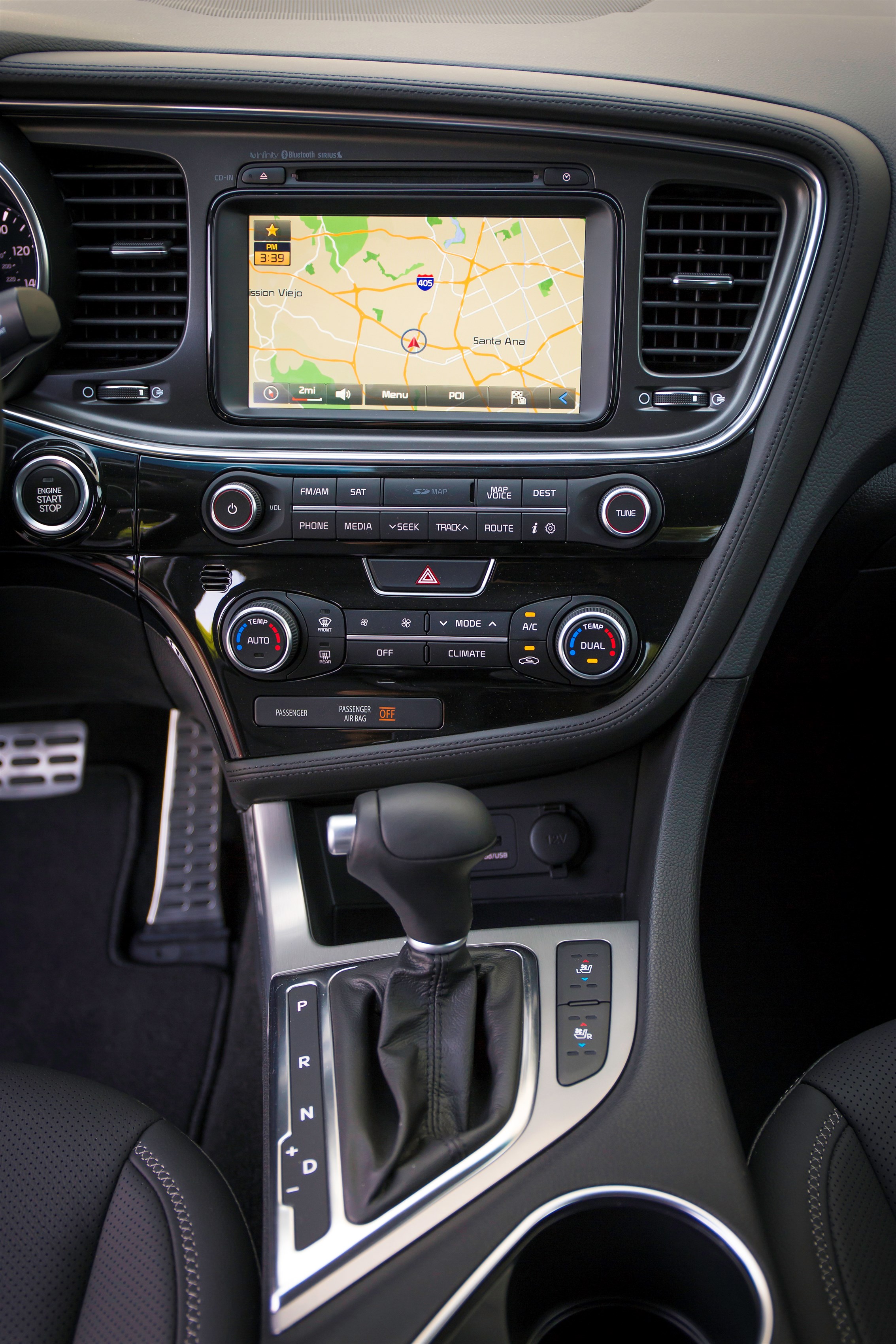 The Optima parachuted into the mid-size sedan segment seemingly out of a clear blue sky and took on the bestsellers, winning conquest sales with its leading-man handsome styling, swanky interior, a groaning board of features and great value proposition.

Buyers are also drawn to the Kia brand because of its five-year comprehensive warranty, which suggests a certain confidence by the manufacturer. Yet despite the warranty and Kia being ranked high in recent quality surveys, 2011-2014 Optima models are plagued by bad engines.

The U.S. National Highway Traffic Safety Administration revealed that metallic debris left behind from the manufacturing process can restrict oil flow to connecting rod bearings. The restriction can raise temperatures and cause the bearings to wear and fail, and the engines can seize abruptly. An ominous sign is a knocking sound emanating from the engine.

As a result, Kia and Hyundai are recalling 1.4 million cars and sport utilities equipped with the Theta II 2.0-L and 2.4-L four-cylinder engines that were made at Hyundai’s plant in Alabama. The good news is the automaker extended warranty coverage for all 2011-2014 Optima engines to 10 years or 200,000 kilometres, whichever comes first.

“The engine started to knock and the engine and oil lights came on, then the car just stopped. Had it towed to Kia Dartmouth. After two days they told me the engine was shot and needed to be replaced. I asked about the recall and they said it was all taken care of,” a relieved owner of a 2012 Optima posted online.

Another commonly reported problem has some motorists upset over squirrely steering: “When driving over 80 km/h, the car pulls to the left; when corrected, it pulls to the right. It’s really hard to keep this car in a straight line,” one owner complained online.

Other reported frailties include short-lived air conditioning compressors, faulty remote key fobs, chipping paint, electrical snafus and panoramic sunroofs that shatter without apparent cause. If your sunroof spontaneously explodes, don’t let the dealer tell you it’s an insurance matter. Improperly manufactured glass ought to be a warranty claim.

Thinking about a used Optima? Seek out a low-mileage example. Remember, you’re on your own after the engine passes the 200,000-km threshold. 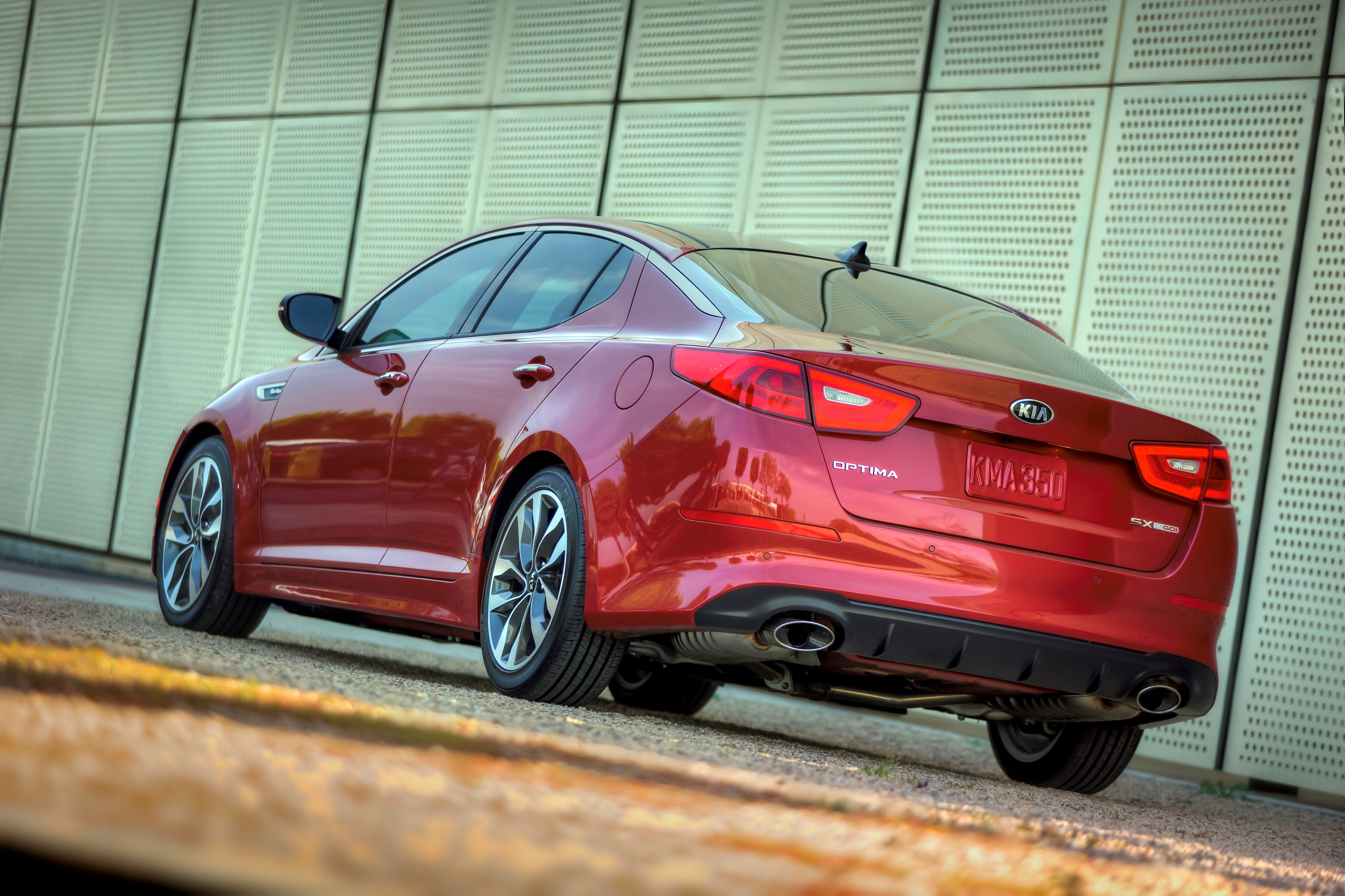 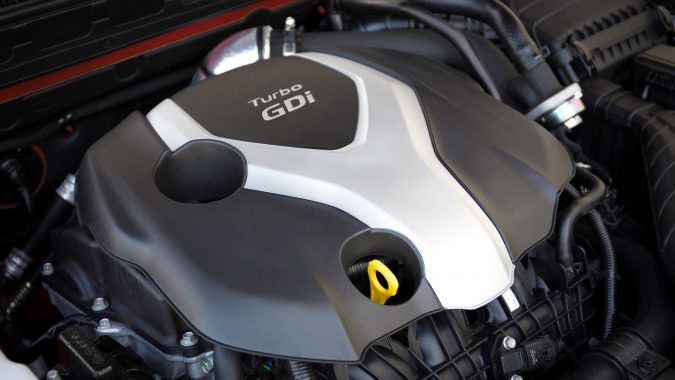 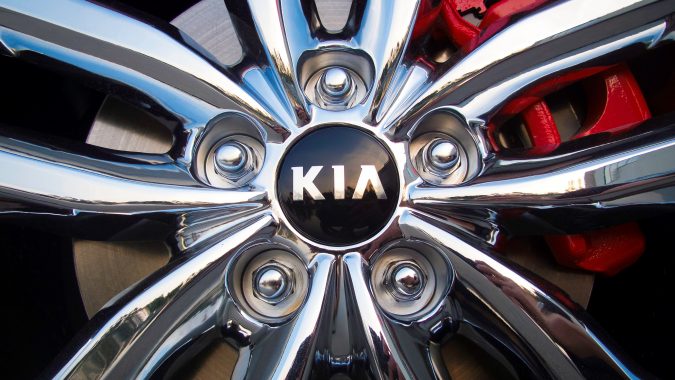 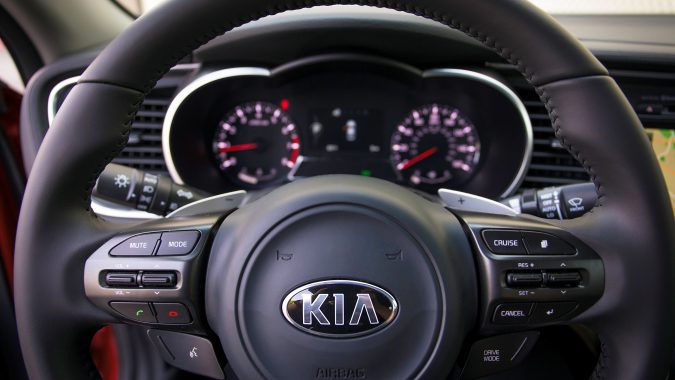 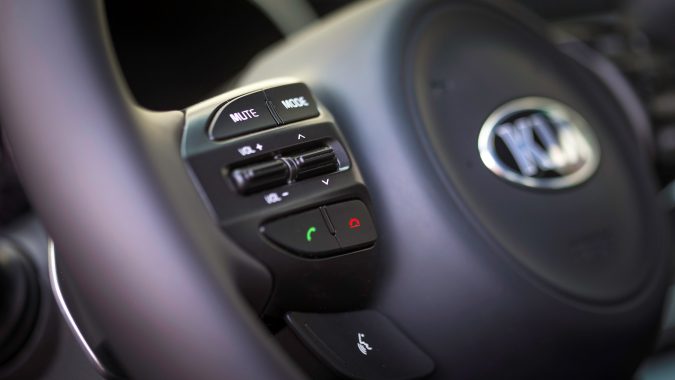