The 2017 Chevrolet Bolt, bringing all electric power to the mainstream, now available at dealers and pictured here in Orange Burst Metallic, halfway through a press drive from Toronto to Collingwood and back.

When two esteemed automotive journalists (okay, maybe a bit of a stretch in my case) are piloting an electric vehicle on the crest of the technology wave, you should expect back and forth banter – insights about regenerative braking capacities, aerodynamic efficiencies, battery innovations, etc.

Unless, of course, we’re chatting about other stuff.

“Umm, shouldn’t we be noticing more things about this car?” I asked at one break in the conversation.

“Doesn’t it say something that we’re NOT noticing anything different?” my co-driver replied. 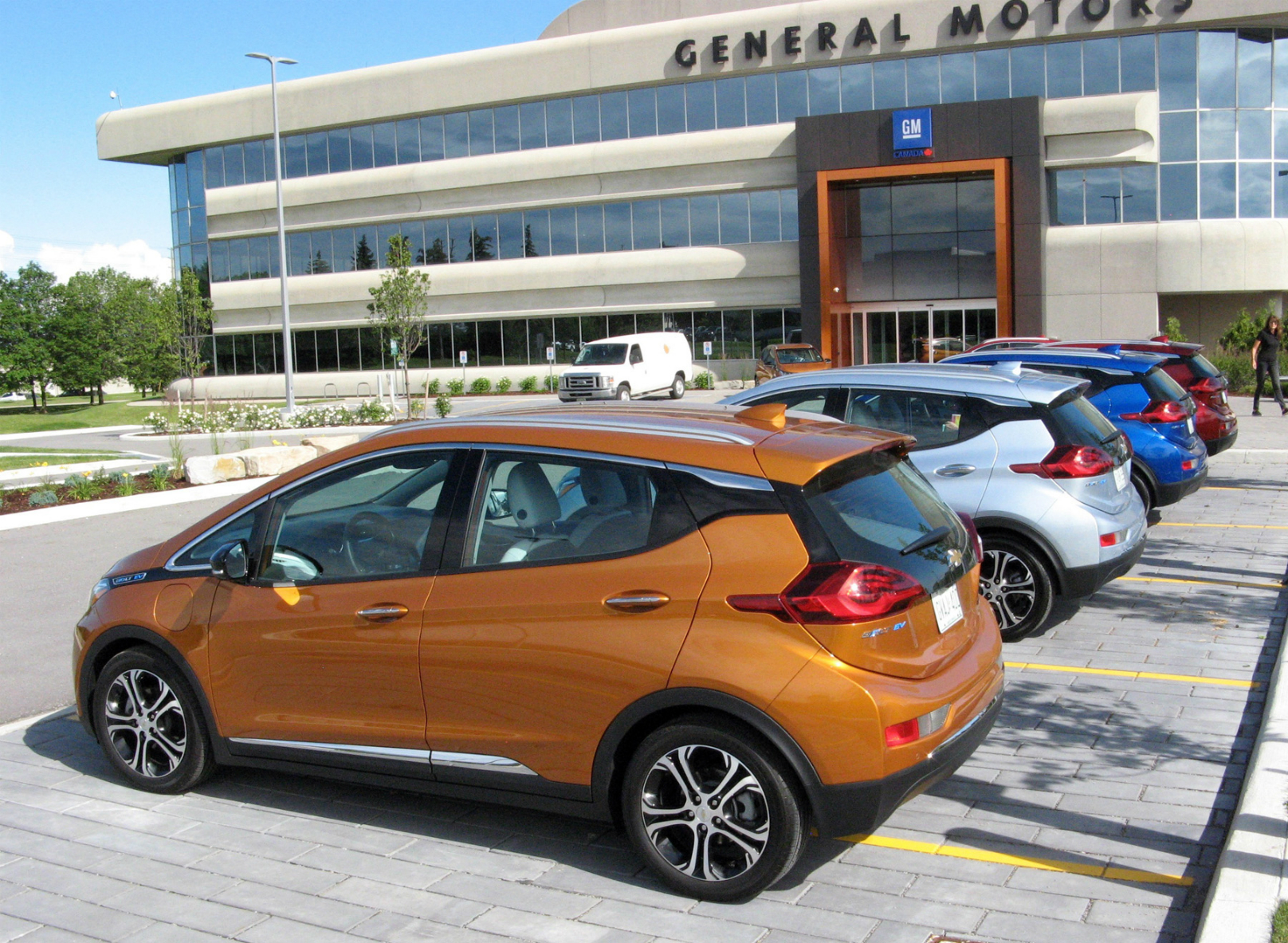 Good point! The mark of technology at its most efficient is its ability to work seamlessly somewhere in the background without drawing attention to itself.

But there is, of course, plenty to be noticed about the 2017 Chevrolet Bolt.

The Bolt is an electrically powered, five-door hatchback that GM prefers to refer to as a wagon or crossover.

And, although it might be comparing apples to oranges, its dimensions slot it somewhere between Chevrolet’s Sonic, Trax and Cruze Hatchback models, with an emphasis on tall wagon architecture, upright SUV-style seating, a big-windowed greenhouse and second row roominess. 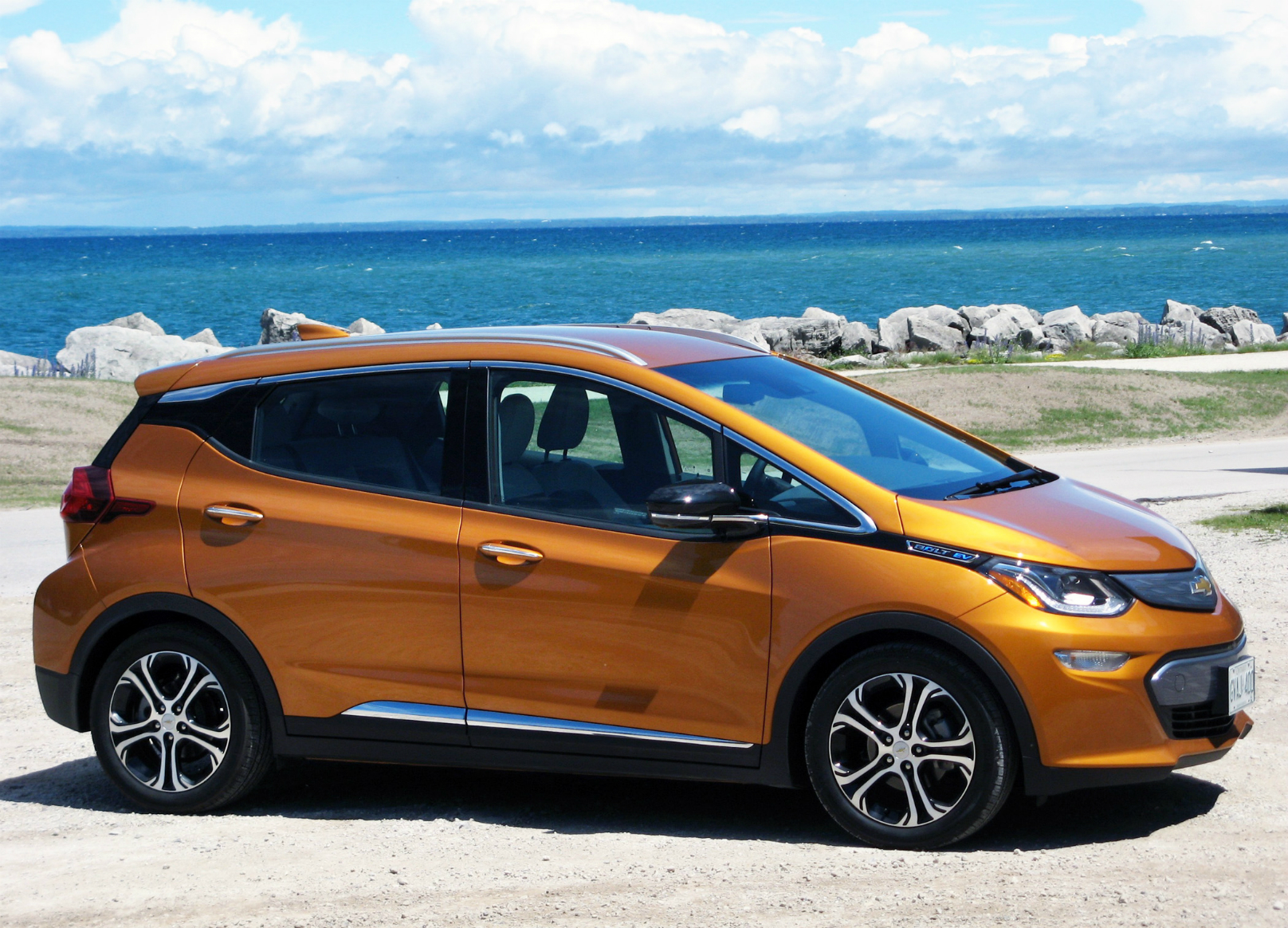 The Bolt is powered solely by a single permanent magnetic electric drive motor that makes 200 hp and 266 lb/ft of torque, power that comes on instantly and smoothly, propelling the Bolt to highway speed in just under seven seconds.

Its compact motor weighs in at only 76 kg and obviously requires no fuel, no oil changes or related maintenance.

It also applies power without a transmission through a 7.05:1 final drive ratio.

Power choices are selected via the new drive-by-wire Electronic Precision Shift system spreading through GM’s lineup. This stick, with new shift pattern choices, is inspiring some love/hate relationships, but its space-saving, weight-reducing benefits are inarguable.

Also Read: What features can we expect on the next Tesla model 3?

The motor gets juice from a 60 kWh lithium-ion battery pack laid out in a flat configuration running the length of the floor.

It consists of 288 individual cells in five sections, 10 modules and 96 cell groups. The pack comes with an eight-year/160,000 km warranty that guarantees a minimum of 65 per cent of the original capacity at the end of the warranty period.

When this is the only source of power for the car, it’s natural to question its bona fides but Harry Ng, Product Manager for the Bolt, told me that while similar individual cells in the Chevy Volt have been replaced on occasion, GM has never had to replace a battery pack so far.

Yes, the battery pack is substantial, weighing in at 435 kg. But that mass of potential power translates into an estimated 383 km range, or just over 200 miles. 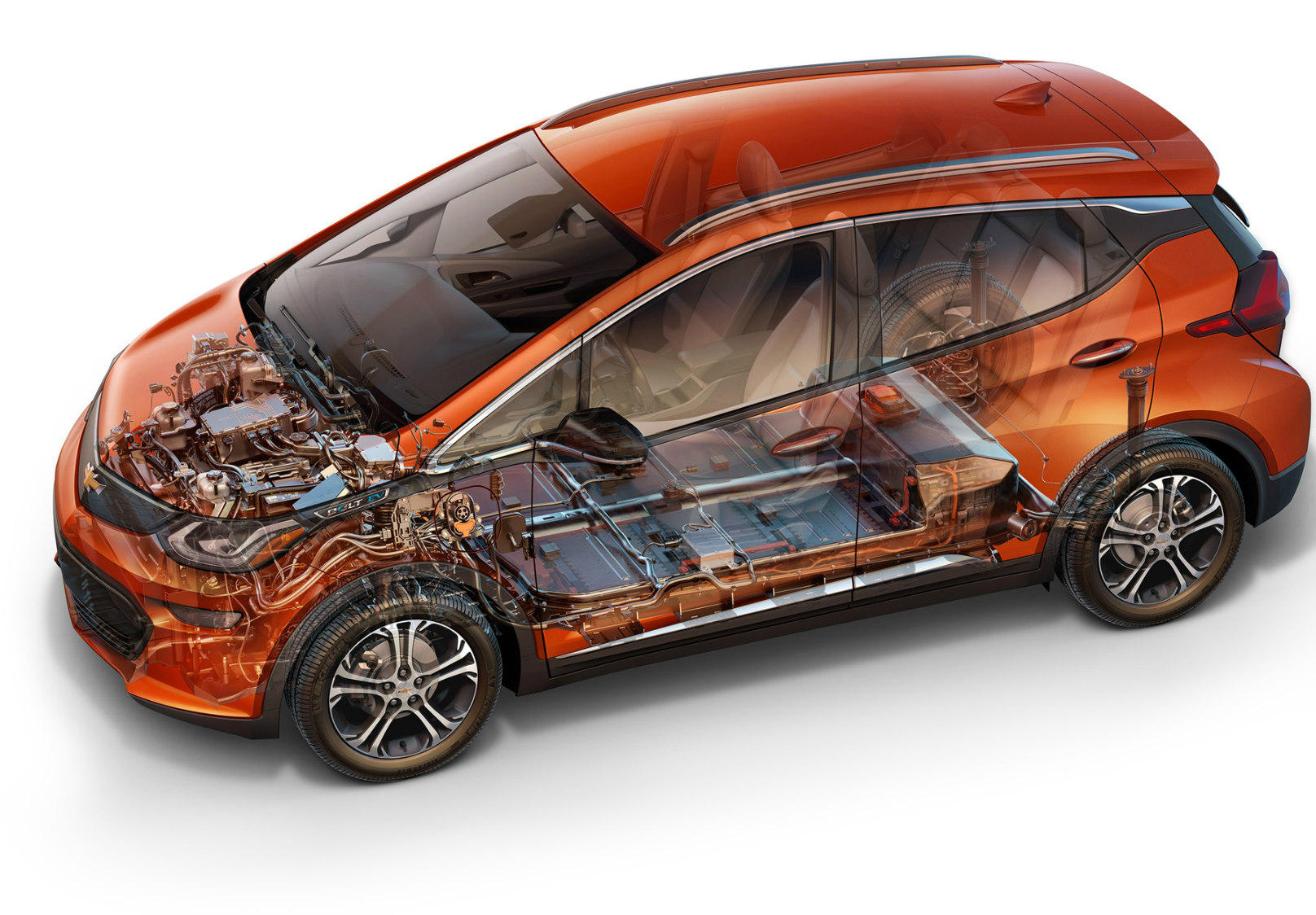 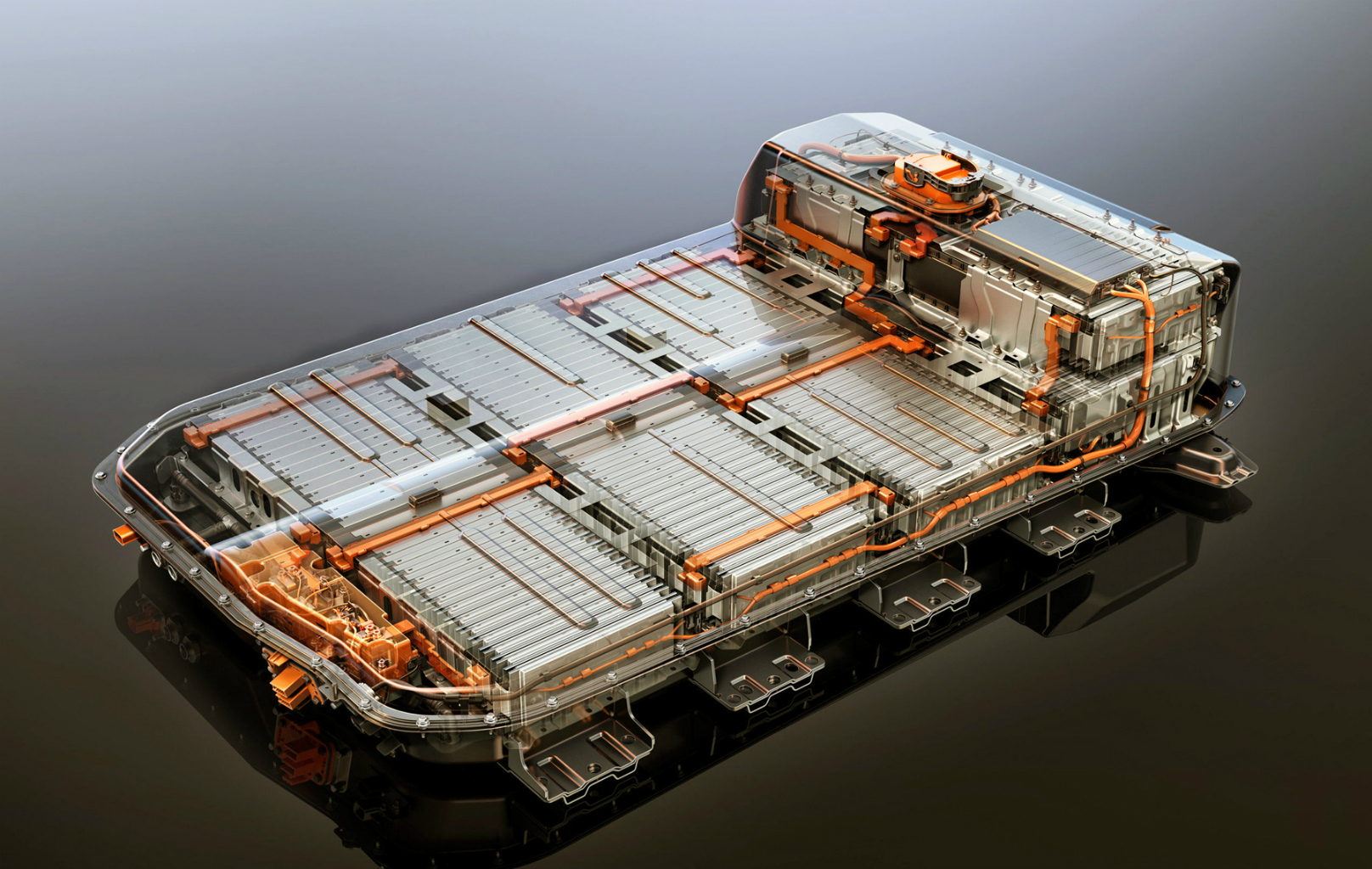 GM Canada labels the Bolt a “game changer” due to the Bolt’s range, size and pricing, and they set up a little road trip from Toronto to Collingwood for a group of journalists – a typical Canadian getaway excursion designed to illustrate the Bolt’s range.

Sure enough, after an hour or so on the road, you don’t really fret over range limitations and on arriving at Collingwood we still had 200 km of range for our return.

The Bolt exhibits a smooth ride and good handling due to the battery pack’s mass and low centre of gravity and it even manages to feel nimble, despite the added curb weight. 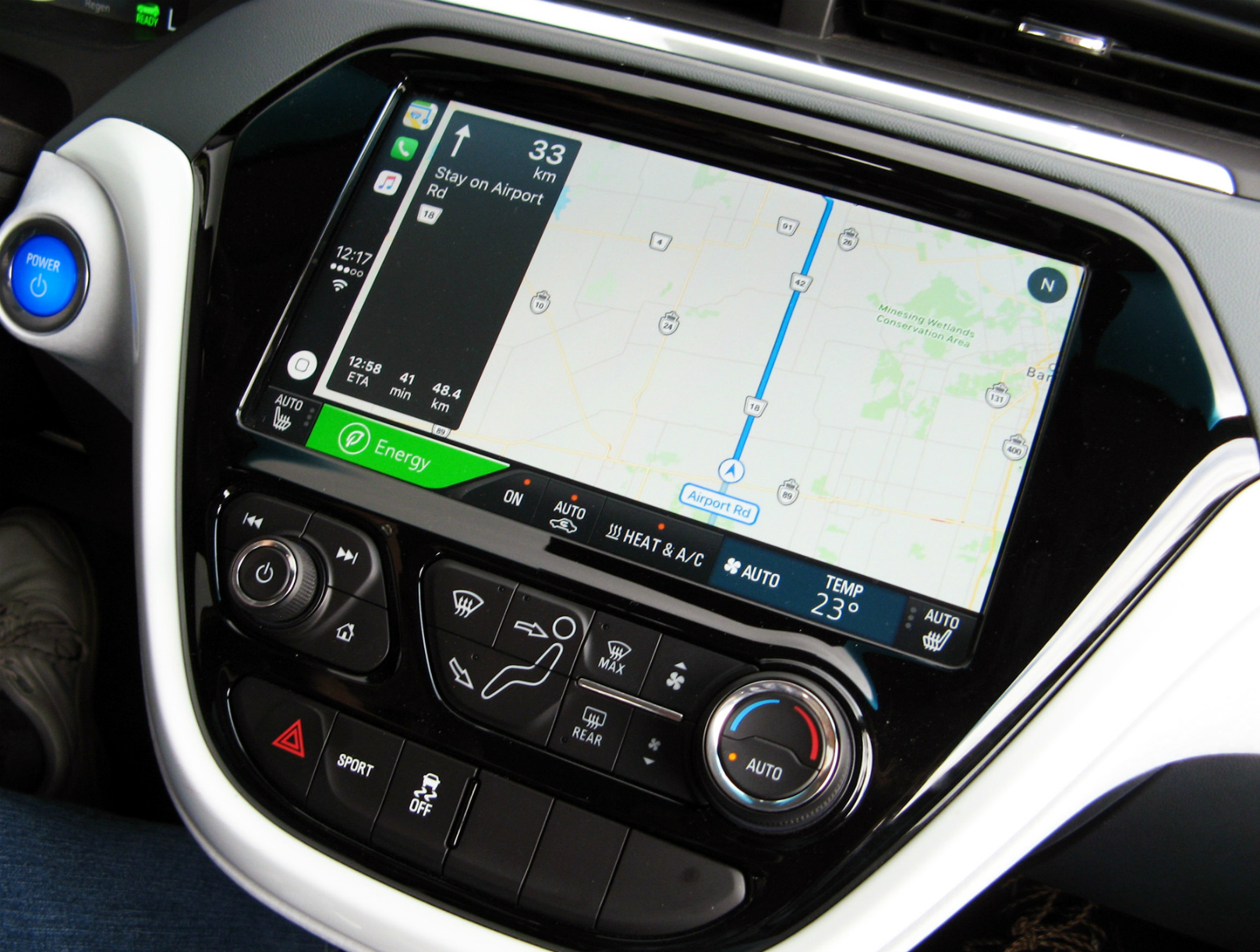 There are a few new tricks to be learned in the Bolt. Capturing regenerative braking power is important and GM has engineered a few different ways of doing it.

A “low” mode increases the recapture of kinetic energy through regenerative braking. “One-pedal driving” technology also modulates deceleration depending on how quickly you release the accelerator pedal. And there are “Regen On Demand” paddles (similar to shift paddles) on the steering wheel that will increase regenerative braking.

Eventually, however, you are going to run low on power and the Bolt allows three charging choices through a 7.2 kW onboard charging module.

Your basic 120V home system (Level 1) would be a long slog, regaining you about six EV kms/hr. A home-installed or public 240V system (Level 2) would recharge at around 40 EV kms/hr, good for an overnight top up. And the public infrastructure DC Fast Charge systems (Level 3) gradually spreading across the grid would return an even quicker 250 EV kms/hr.

The 2017 Chevrolet Bolt comes in two trim choices – LT ($43,095) or Premier ($48,095), and about nine different build configurations once you figure in all the available packages and options. Canadian models uniquely come with standard DC Fast Charger capability and a tire inflator kit for winter tires.

Welcome to the future. 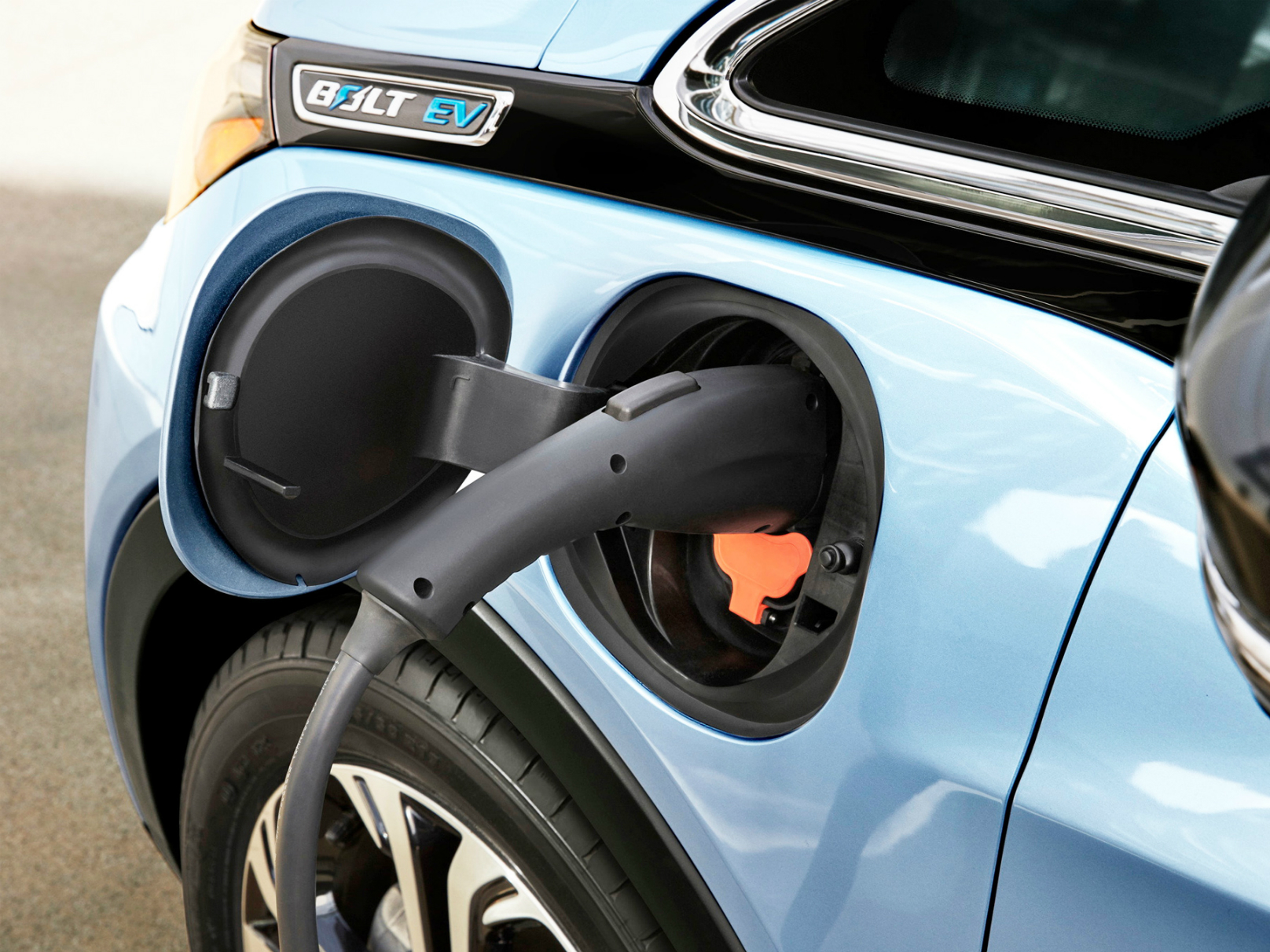