There’s a sense of joy here, the M240i feels light and exciting, like the fun was engineered in at the very start.

Not all small cars are built equal and I’m the first to admit that. They are decidedly un-American, and in general small cars from this side of the pond (Ford’s Fiesta and Focus not included) leave much to be desired. It shouldn’t be a surprise then that the number one selling vehicle—by a country mile—in the US and Canada is the F-150. A vehicle so popular, that one gets sold every 30 seconds!

The Japanese dominated the compact car market in the 80’s and 90’s and they really cemented their name with quality and engineering that was decades ahead of the domestic competition. The Germans, especially BMW, were known for their premium compact cars dating back to the 70’s and the 02 series cars are still considered by many to be the genesis of the sports sedan.

While the current 3 started as a compact car, its proportions have become a bit bloated over the years, and it left room for a smaller model to slot right under. Introduced in North America for 2008, BMW brought the 1 series, their smallest and cheapest car, to our shores.

While lacking some space in the cabin this model based on the 3 was a little lighter but packed the same engines of its bigger brother, had a slightly starchier suspension, a louder exhaust note, and more importantly it reminded those who love to drive that BMW was still capable of building a phenomenal driver’s car. This car made journalists nationwide wax poetic about the glory days of the E30—one of the finest examples of the breed.

Starting in 2014, the 1 was redesigned gained a number and launched as the 2 series. Probably because there will be an even smaller (dare I say it) front wheel drive BMW to slot under it. The big news was the engines. Gone was the magnificent 3.0L naturally aspirated straight 6, replaced by an efficient and more powerful turbo 4. The top of the line M235i retained the twin scroll turbo 6 that produced 320hp and did the 0-100km/h sprint in a sprightly 4.7 seconds.

For the 2018 model year, like the 3 series, the 228i and M235i became the 230i and M240i respectively. And with the name change came BMW’s redesigned engines – both still retain the same displacement and turbos but have a slightly different architecture and are now modular. This means that their 3, 4 and 6 cylinder engines are all part of the same family and will reduce manufacturing costs and increase production efficiency for the company.

My M240i tester came with the phenomenal 3 litre twin scroll turbo straight 6, generating 340 hp and a chunky 369lb-ft of torque. That torque figure arrives at such a low 1520 rpm, the motor feels electric. And with a combined fuel consumption rating of 9.6L/100km this is quite a frugal car at the pumps, all things considered.

There are 8 different variants of the 2 this time, either 230i or M240i which can be specified with or without xDrive, and all trims are available in convertible format. My tester was one of the most simple, a Sunset Orange RWD M240i coupé with the 6-speed manual transmission. An honest car for someone that values driving enjoyment above all, and this is the way I would specify mine if I was in the market for one.

Picking it up in a bit of a snow-storm was not ideal, but the Continental Winter Contact tires never left me wanting for traction. To those who think that All-Wheel-Drive is essential for winter, think again. A good set of winter tires is all you need, and at Wheels.ca we have always been advocates of this. AWD is great to have, but it is a performance feature and not a safety feature as is often misconstrued. 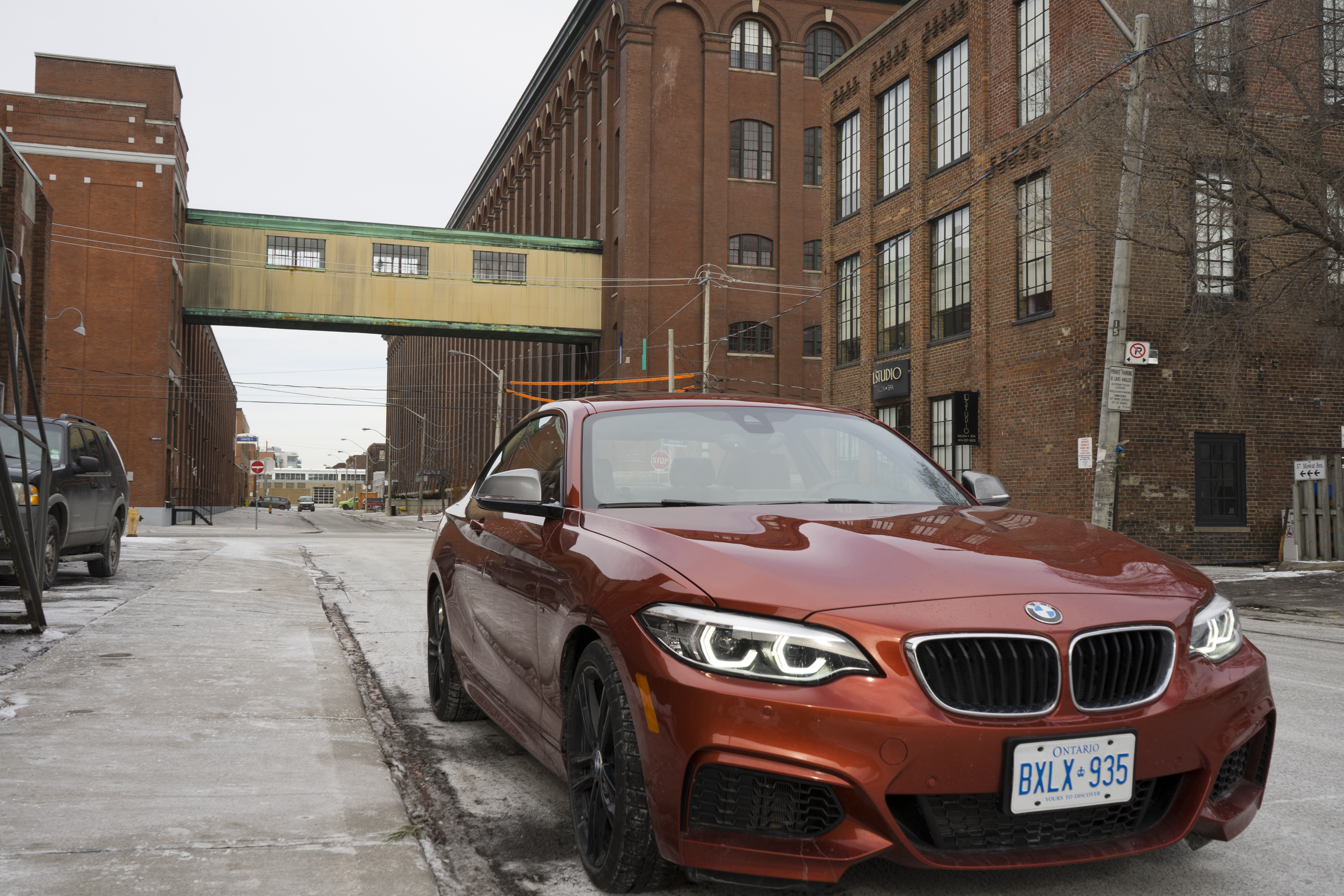 The cabin environs are instantly familiar, as it would be to most people that have had seat time in any Bimmer over the past 10 years. What this means is that everything falls right to the hand and cabin ergonomics are outstanding. The view outside is helped with large windows and thin A-pillars providing excellent visibility.

Equipped with almost every conceivable option this little car felt downright luxurious, but my favourite had to be the optional M performance exhaust. The gurgles and pops on the over-run were so addicting, I started to throttle and release on purpose just for the heck of it.

It sounds like a supercar but doesn’t look like one, and I love that. If it weren’t for the bright paint, this car would scream “sleeper”.

The shifter is light with the trademark notchy, slightly rubbery feel through the gates. 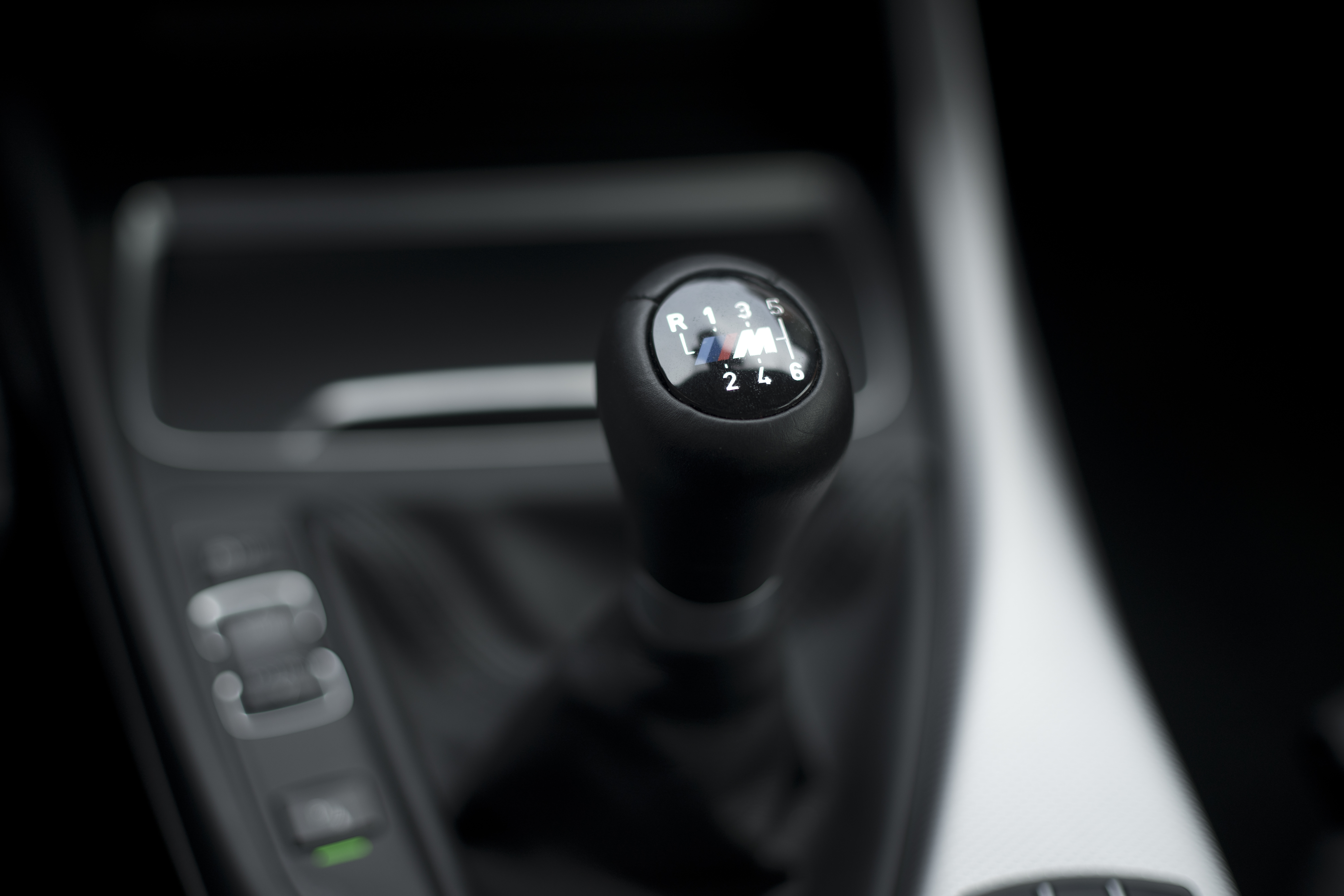 Something that also gets negative press is the auto rev match feature, which cannot be turned off in this car. Yes it does take some control away from the driver, but the fact that anyone can, in essence, emulate a heel and toe downshift on the street at residential speeds is brilliant.

Heel and toe downshifts work well on the track when you need lots of braking force to slow down for an upcoming corner without upsetting the car’s balance. In this scenario the pressure on the brake pedal lines it up with the gas pedal making for a much easier throttle blip, with either the heel or outside of the foot. Try doing this on the street at legal speeds and you will usually end up exerting too much pressure on the brake pedal causing the car to lurch forward. I’m not saying it can’t be done, highway off ramps are one place where it’s easier, but it’s unnecessary and the M240i is a car for the street where it will likely spend 99% of its life.

There’s a sense of joy here, the M240i feels light and exciting, like the fun was engineered in at the very start. It feels more like the 3 series did 15 years ago, than some of the current offerings from BMW. Even the 3 has taken a bit of a softer approach to the sports sedan theme. Maybe on purpose to leave room for these smaller more focused cars.

I really enjoyed driving this car, it made me reminisce about my old E46 3, and that’s high praise indeed. I was happy to see that the 2 series still retains the old articulated trunk hinges with gas struts that seem to be missing on BMWs these days. These are a fine piece of engineering that don’t intrude on trunk space as they are placed outside of the opening, something that will go along way loading items into this small-ish trunk. 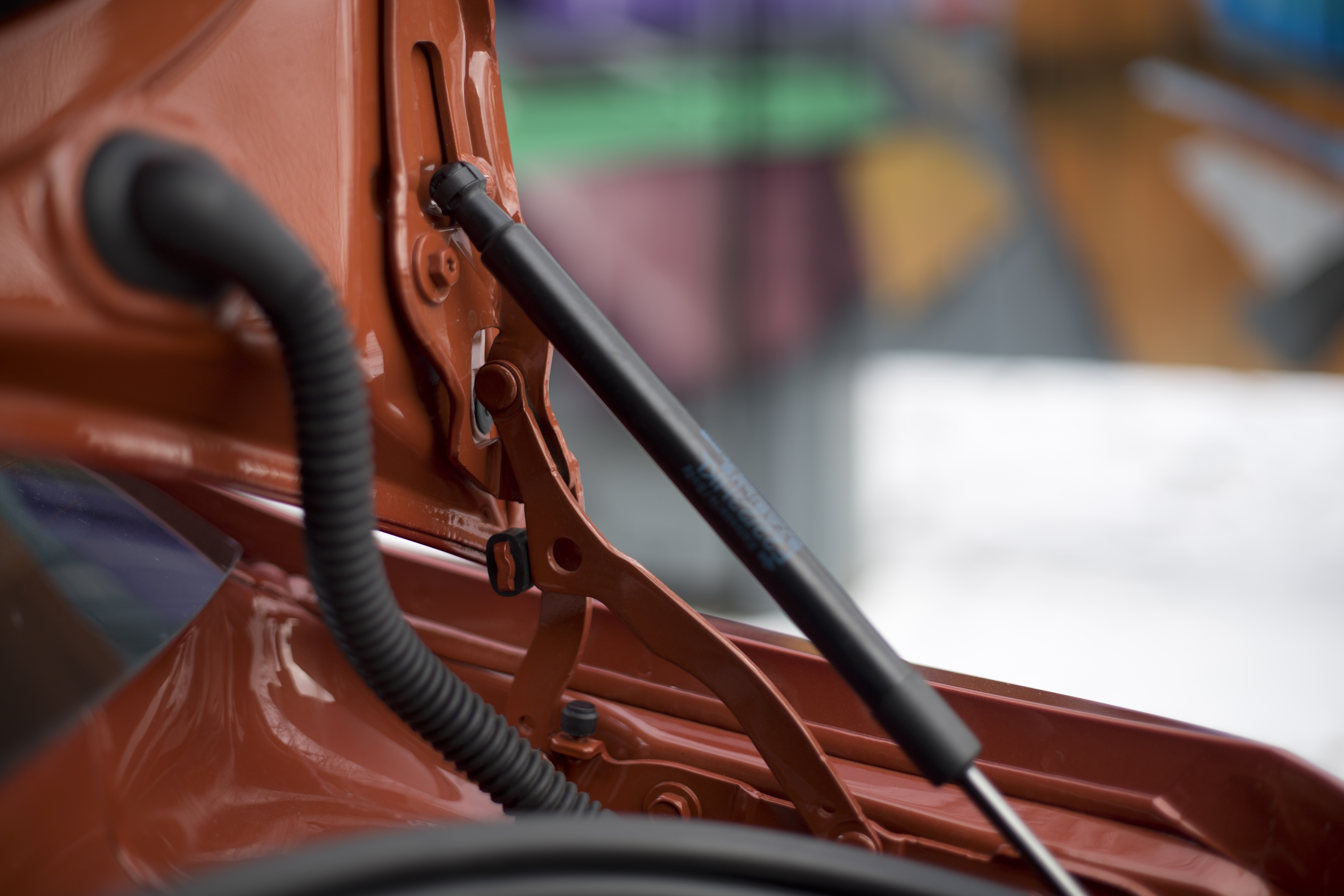 The electric steering is better than before but I still prefer oil driven racks, there’s just not much feedback. But it’s far from a deal breaker and more a minor annoyance and they are constantly improving the tech so there is still hope.

This engine is a gem. There is power everywhere, there’s almost no lag and it’s glass smooth. Make no mistake, this is a fast car and one that can get you into trouble very quickly with Johnny Law.

What’s best is this is a car that begs to be driven with exuberance and it rewards greatly. I had a perma-smile on my face driving this pocket rocket around town and in my humble opinion I think this is one the best cars BMW makes at the moment.

Good thing for us the brand still knows its way. 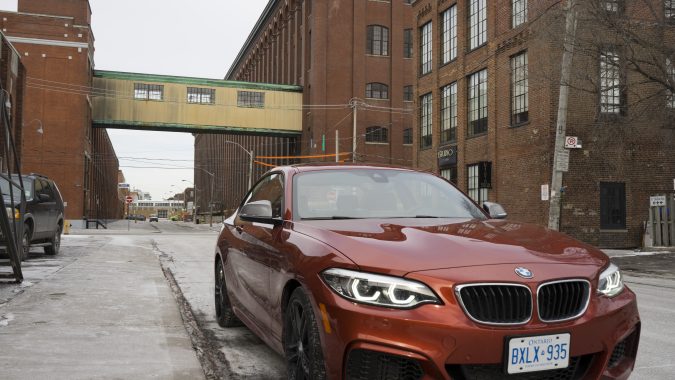 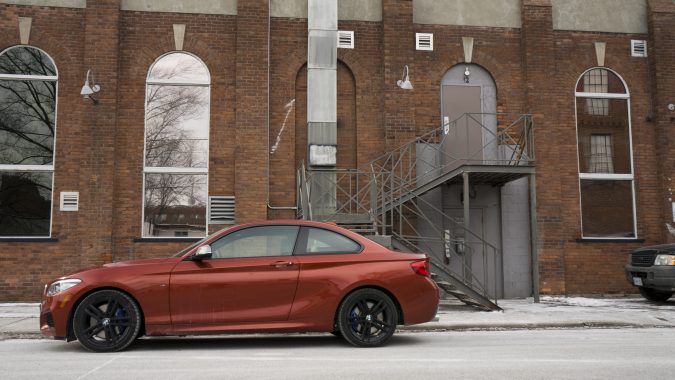 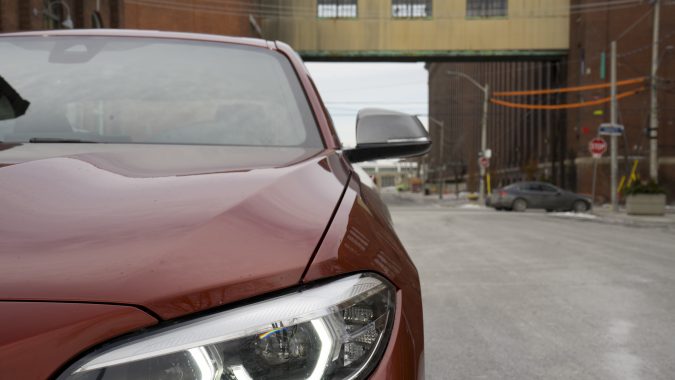 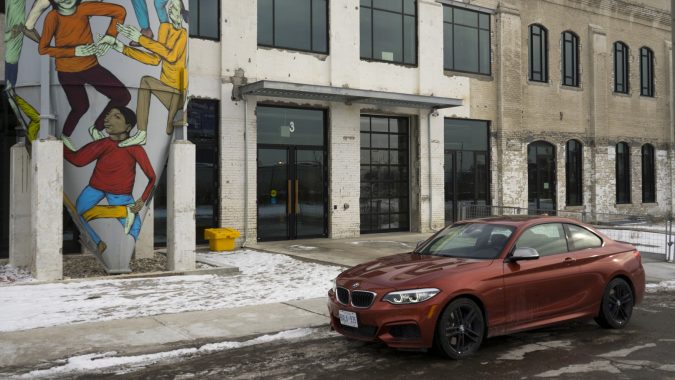 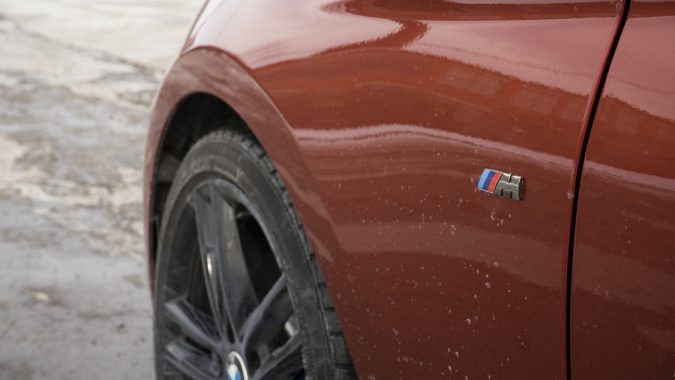 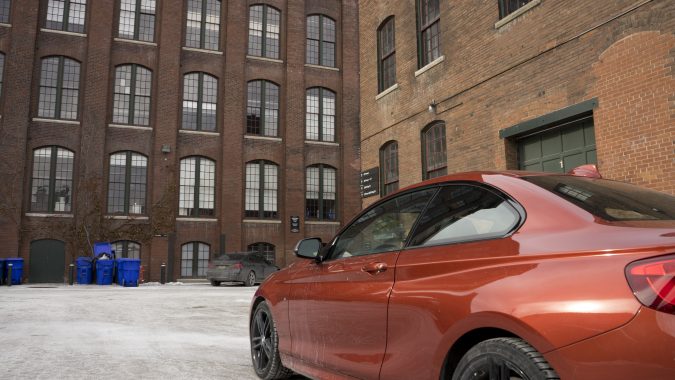 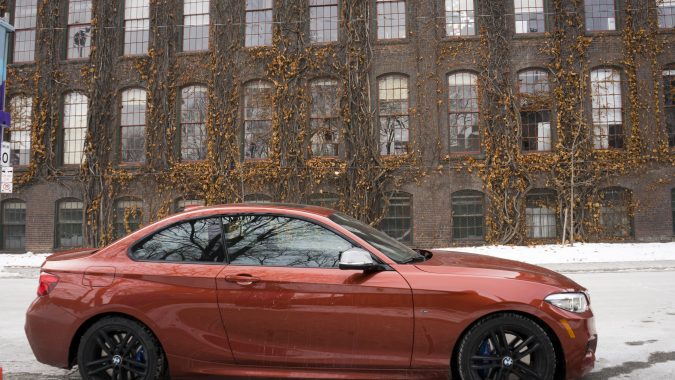 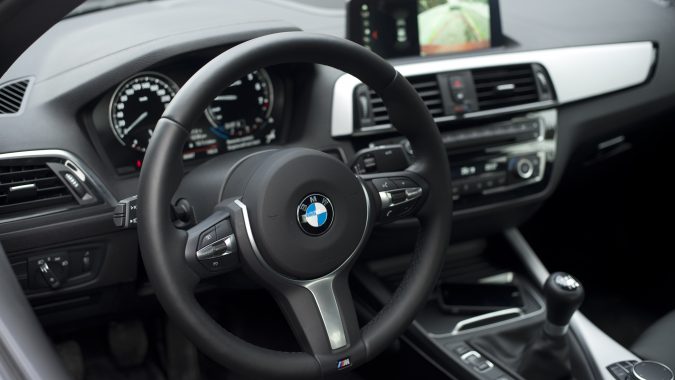 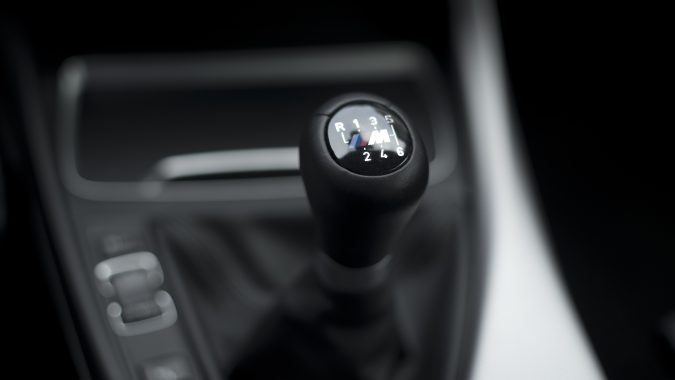 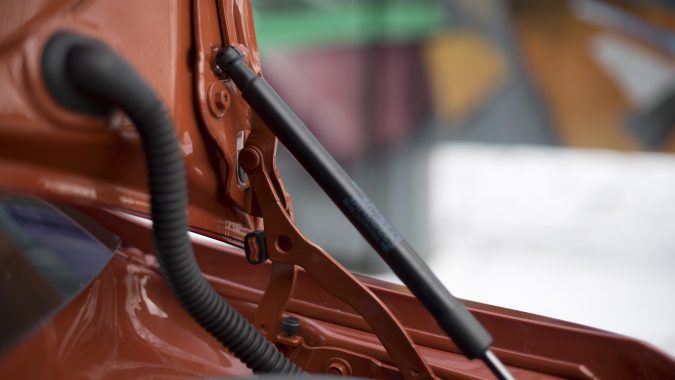 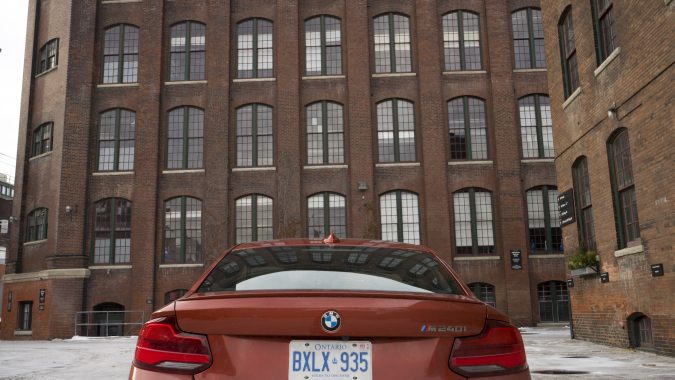