BMW has launched its growing iPerformance family which combine the benefits of electricity without impinging on sporty ride and handling and high calibre appointments.

The 2017 BMW 330e plug-in electric vehicle (PHEV) tested here is one of the latest in the electric revolution going on in the car industry.

Donald Trump aside, just about everyone on this planet now realizes that global warming isn’t something vaguely in the future, but here and now.

BMW has been working on electrification of its fleet for a long time and cars such as the i3 and i8, pure electrics, are leaders in their segment. 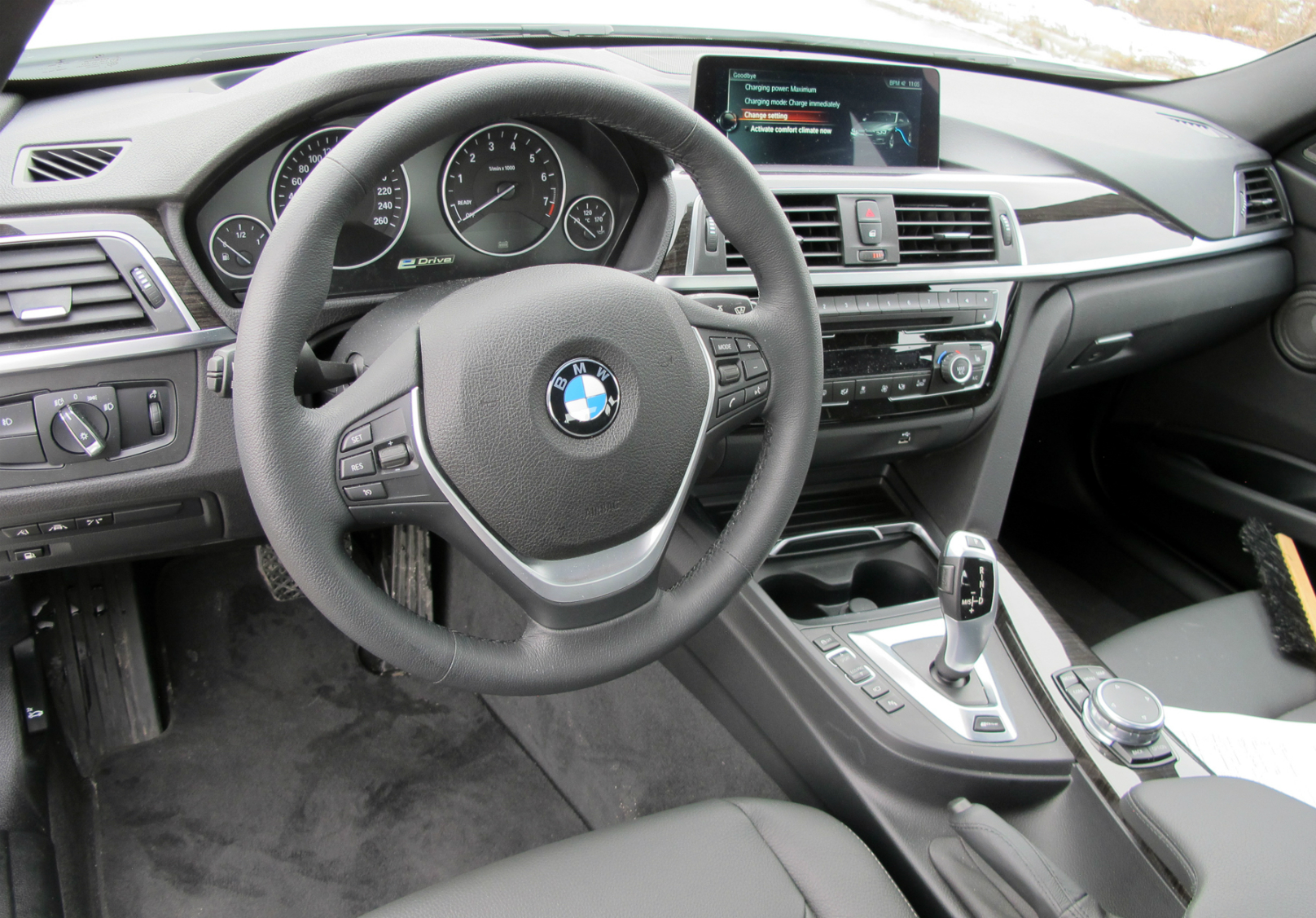 But more to the point, BMW has launched its growing iPerformance family which combine the benefits of electricity without impinging on sporty ride and handling and high calibre appointments.

The 330e is a case in point and keeps all the 3 Series core values, while building on BMW’s eDrive technology.

The eDrive electric system in the 330e consists of an electric motor rated at 87 hp and 184 lb/ft of torque working in concert with a 2.0-litre twin scroll turbo inline four-cylinder producing 180 hp and 215 lb/ft of torque combining to put out 248 hp and 310 lb/ft. 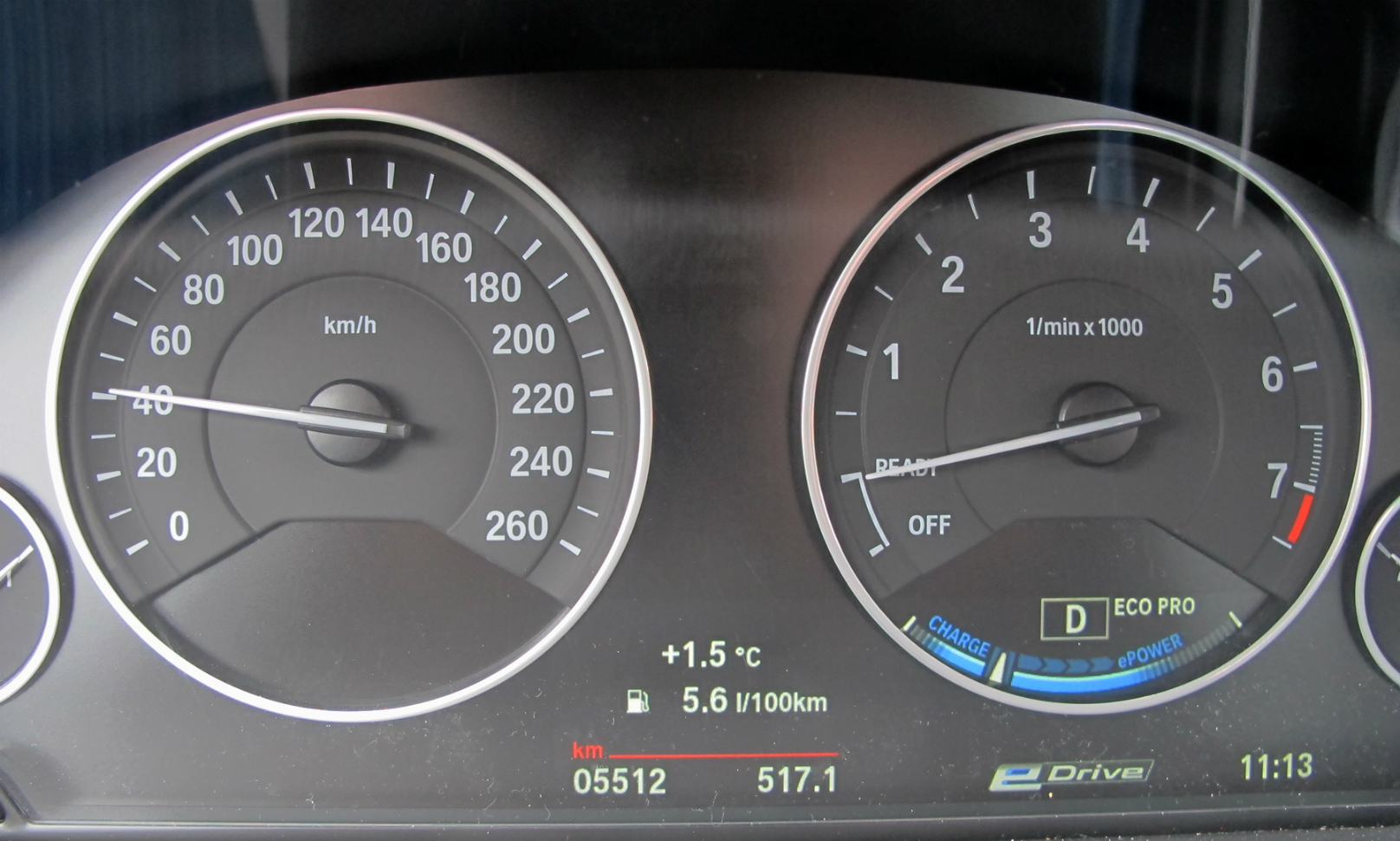 Because the battery is stored below the cargo floor, trunk space is 370 litres as opposed to 470 litres in a “standard” 3 Series.

BMW says it places the electric motor “upstream” from the eight-speed Steptronic automatic transmission so its ratios can also be used in the all-electric mode with the benefit of doing away with the weight and need for a torque converter.

Walking up to the 330e, it looks the same as any ordinary 3 Series, except for the very large charging port door on the left front fender, which opens to reveal a multi-prong socket.

In the trunk there is a dedicated charge cord that fits into a 110-volt grounded outlet. It’s bulky, but the chord is about 25 ft long so it reaches from most wall sockets.

If you run the battery flat, expect it to take overnight to charge on 110-volts.

When fully charged, I was able (in winter conditions with the heat on) to do about 20-24 km (BMW says up to 40 km is possible) on pure electric power, but if you use the Eco-Pro energy saving mode, features such as regenerative braking are maximized.

The Eco-Pro/Sport toggle is found on the centre console to the left, but there is also the eDrive button at the back of the shifter that supplies three eDrive modes: the standard AUTO eDrive mode, the purely electric MAX eDrive mode and the Save Battery mode, which maintains the charging status at a constant level.

I was trying to see if I could drive for a week without using a drop of gasoline. 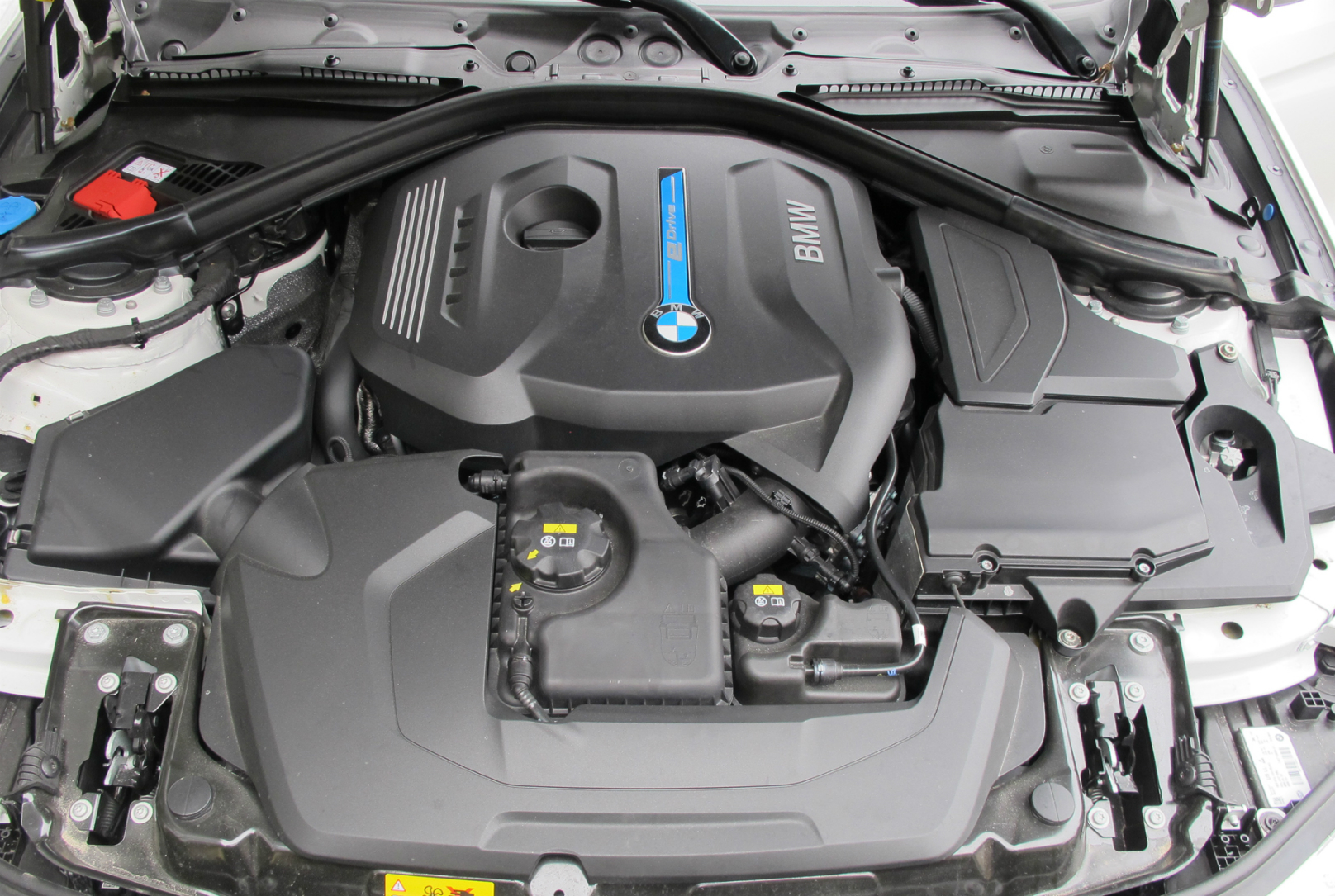 When I picked it up at BMW Canada, the 330e was showing the previous driver had his/her overall average showing as 5.6L/100 km, which is about 50 miles to the Canadian gallon.

For the first three days I did errands around town, plugging in every night and saw the average go down to 5.2L/100 km or about 54 miles to the Canadian gallon.

To do this, I held it to around 40 km/h on battery/regenerative and always had juice left when I got home.

Eventually I had to do some highway driving and of course the gasoline engine cut in, coming up to speed from the on ramp. But when I got to a steady 100 km/h, the engine turned off and the motor/battery kicked in seamlessly.

It’s weird to look at the instruments and see the speedometer indicating 100 km/h, but the tach needle at zero revs.

With rear-drive and the battery weighing about 200 lb under the cargo floor, there is a sensation of the heft when going into a corner.

But being a BMW, the suspension gives no feeling of understeer, which you might expect.

Acceleration is brisk, which you also expect from a BMW, especially a 3 Series. 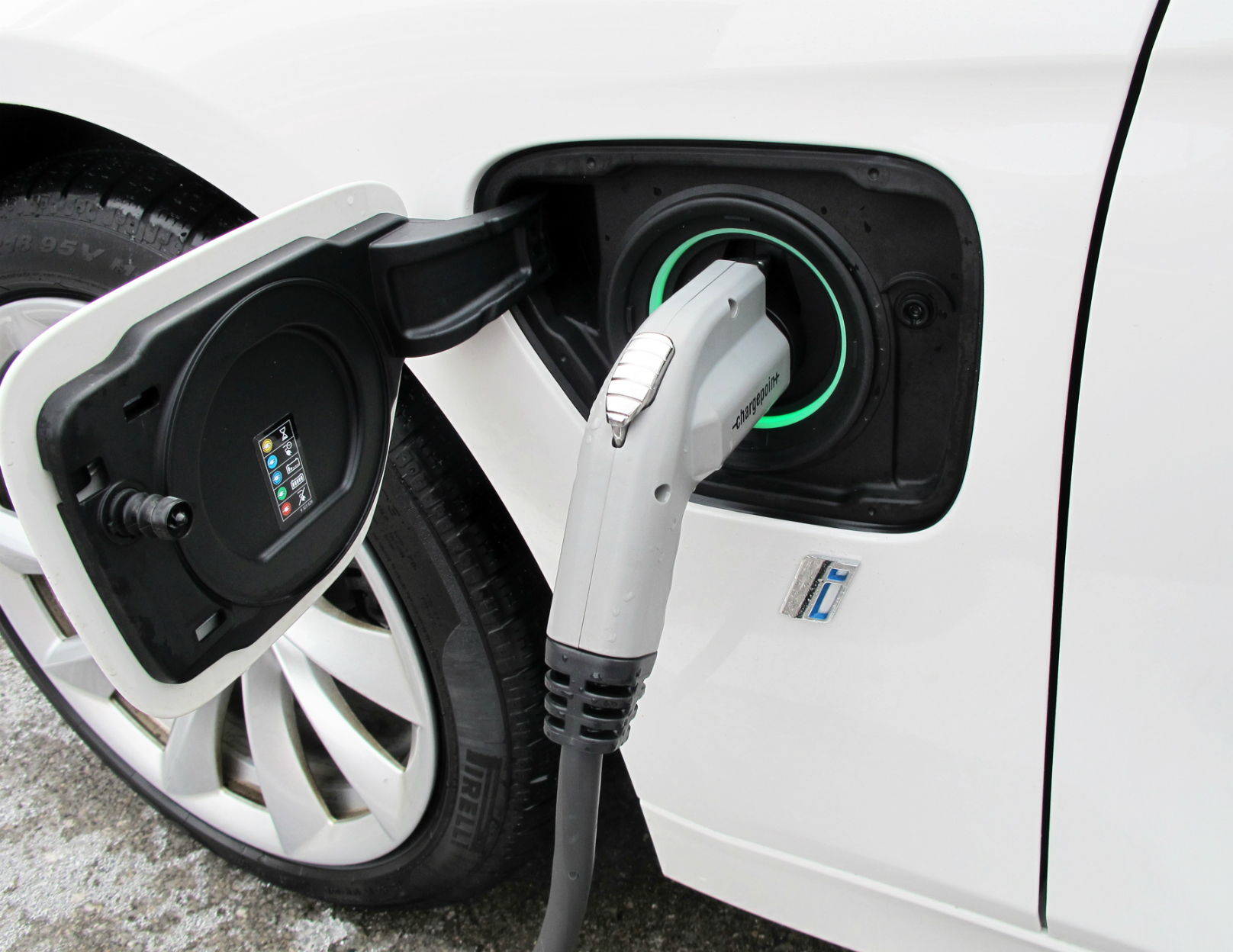 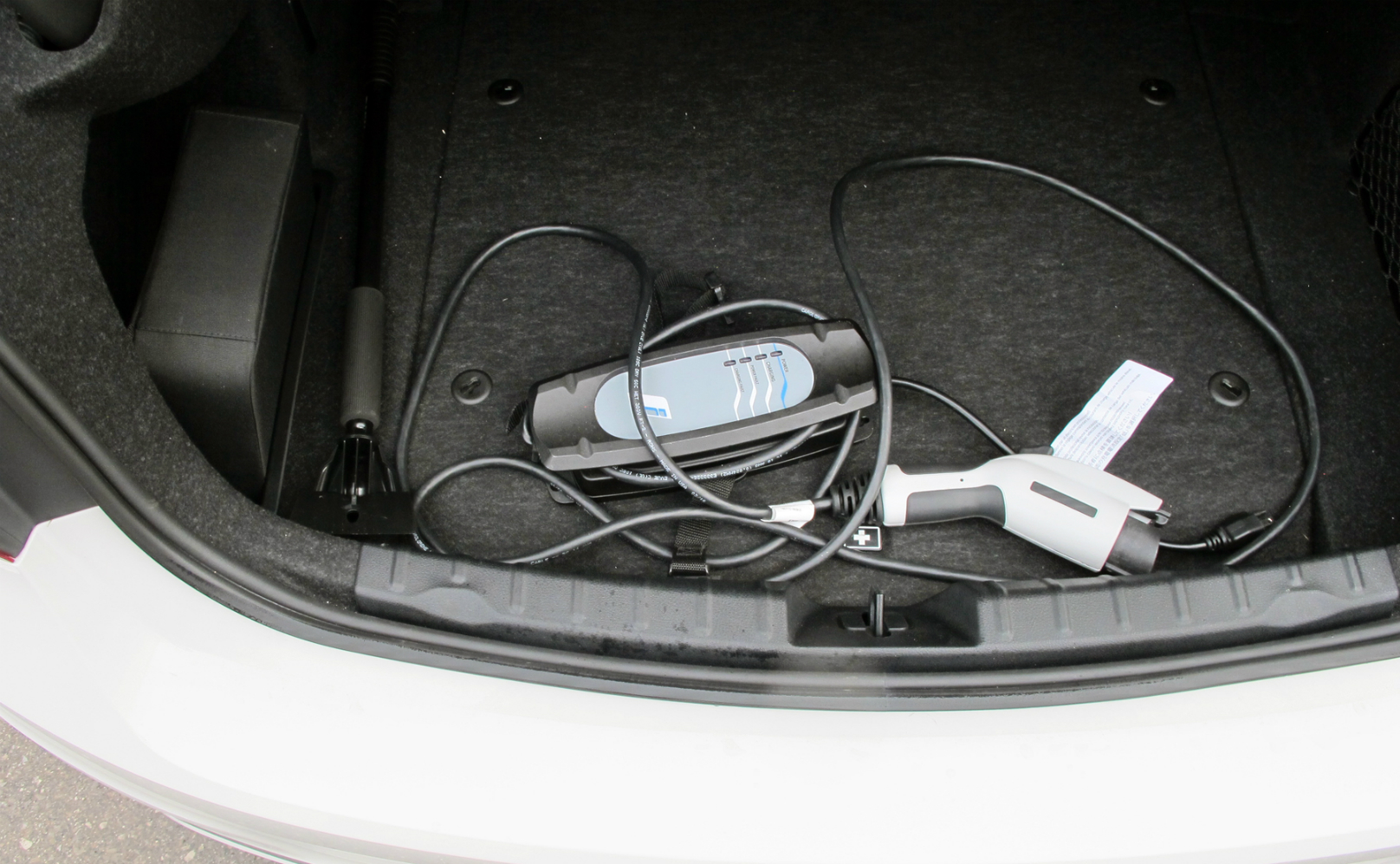 At the end of the week, I had covered 168.1 km (about half on the highway) and used 20.8-litres of premium fuel which shot the average way up. But with some more Eco-Pro driving I was able to get consumption down to 5.6L/100 km when I returned it.

Sure, you can get PHEVs that are cheaper, but they don’t have the magic of the blue and white roundel badge on the hood. 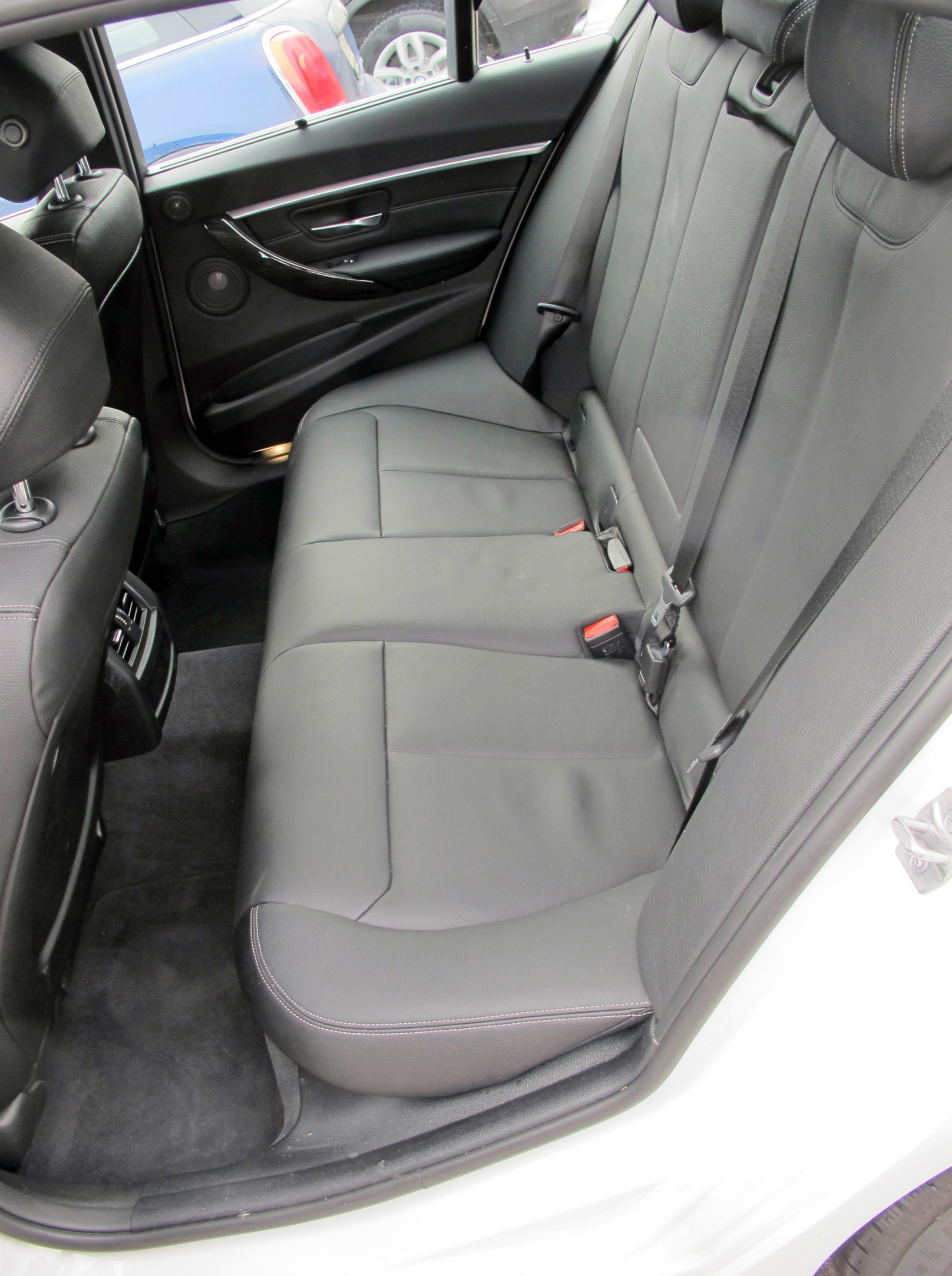