Recently, a sizeable group of members from the Automobile Journalists Association of Canada (AJAC) descended on Canadian Tire Motorsport Park north of Bowmanville, Ontario to evaluate and vote on entries in the Canadian Car of the Year program.

The gathering, known as TestFest, is a two-day test-drive event that brings together a wide variety of new and updated vehicles that are competing not only in their respective categories, but also for the top two awards – Canadian Car and Utility Vehicle of the Year.

This year, there are 51 vehicles entered across 12 categories that cover a broad range of segments from pick-ups to large cars, small cars and premium electric vehicles (EV) to name a few. The evaluations took place on CTMP’s Driver Development Track (DDT), along with an off-road course, local roads in and around the track, and an off-road course designed especially for the pick-ups in the competition.

Among all the cars in this class, the Chevrolet Camaro 1LE 2.0T is the most confounding. It remains attractive on the outside (apart from the front grille, which looks like it should’ve been left alone), is reasonably well-equipped on the inside and is a respectable on-road performer. But despite these positives, it leaves me feeling a bit cold. The 2.0-litre turbocharged 4-cylinder (275 hp / 295 lb-ft.) offers peppy acceleration off the line and the car handles well, but it feels underpowered on-track, especially at the upper end of the rev range. Is it bad? No, but it doesn’t really excite either. 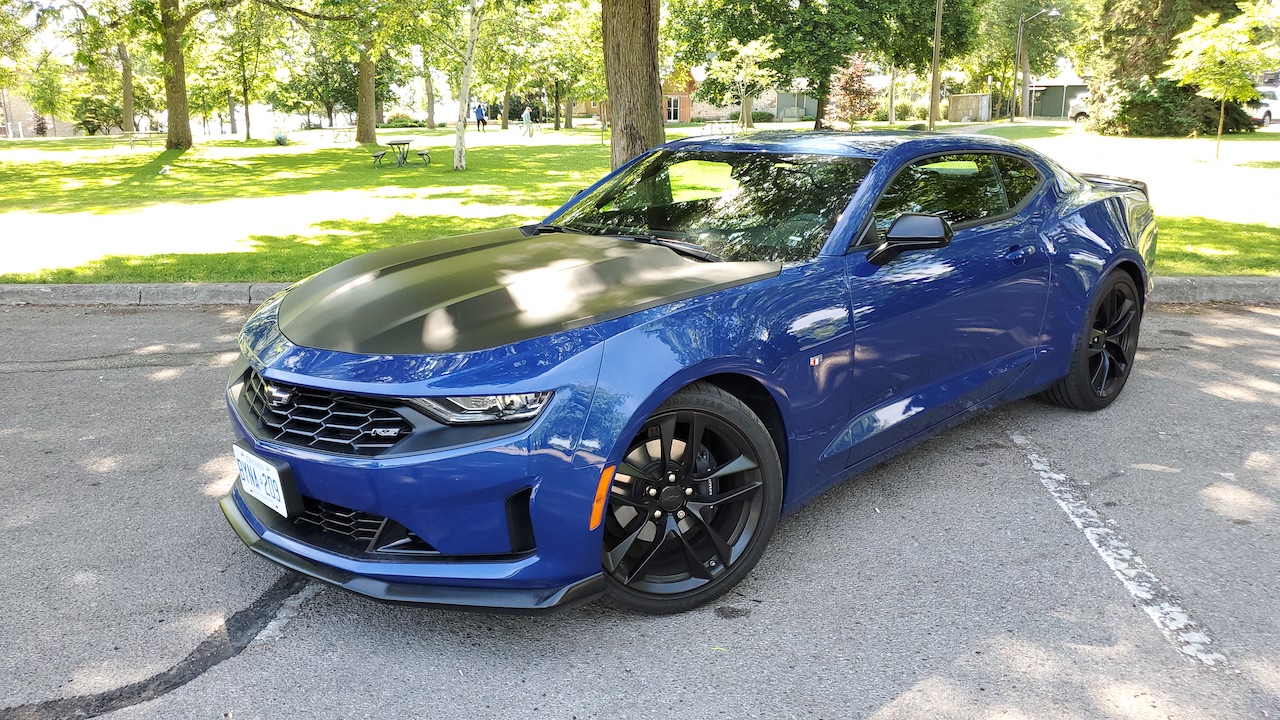 And the rest of the package feels similarly underwhelming. The Camaro’s cramped cabin confines, with its small infotainment screen, lack of storage space and poor visibility make this car something less than ideal as a daily driver. I get that a Camaro isn’t an ideal daily driver, but others in this category possess greater practicality and the Chevy’s lack of similar functionality hurts its overall appeal.

With a price tag of just over $29,000 (before taxes), one could make the argument that the Camaro represents decent value, in that the barrier to entry is low for a piece of muscle car nostalgia and the car at least looks the part. The problem here is there isn’t a lot of muscle, and the lack of a booming V8 combined with its other shortcomings relegates the Camaro to fifth place on my ballot.

The Mazda MX-5 is a sublime roadster. Lightweight, powerful and built around the principle of pure driving enjoyment, the MX-5 could easily be my only car during the summer months. It’s that satisfying to drive.

For 2019, output from the 2.0-litre 4-cylinder has been increased to 181 hp / 151 lb-ft., which is just enough to make it even more engaging on track and more enjoyable off it. Clutch engagement remains light and direct, the chassis remains well-balanced and responsive in emergency handling maneuvers and the rear-wheel drive layout is still ideal for scrubbing out understeer. 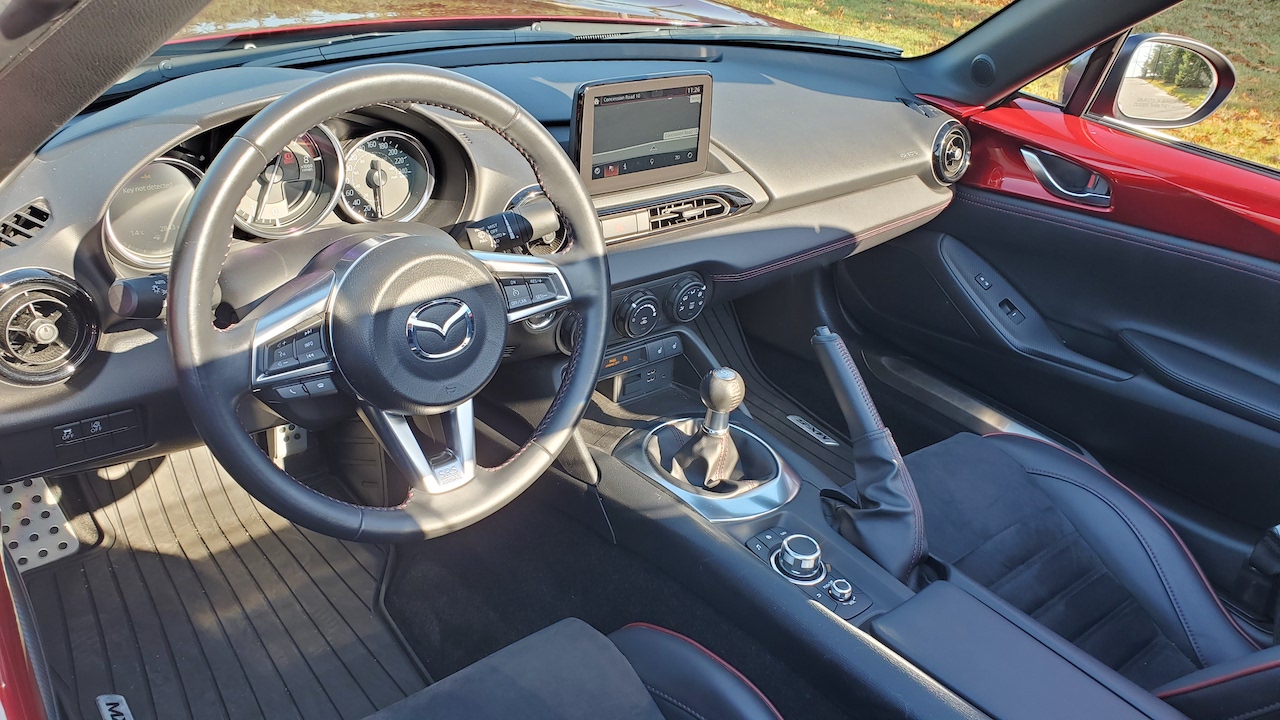 A roadster is inherently a compromise car given its two-seat layout, tiny trunk and cramped interior, and the MX-5 is no exception. I said it could serve as a daily driver, but you’ll probably want a vehicle for that task that also has more space for people and cargo, along with an interior that doesn’t feel quite so spartan and dated. These are all reasonable asks. And because others on this list meet that standard, as good as the MX-5 is, it finishes no higher than fourth in this category.

The Volkswagen Jetta GLI was an intriguing car during the previous Jetta product cycle, but it was never had the full-performance potential; it wasn’t a full Golf GTI with a trunk, in other words. The biggest issue was the GLI’s 2.0-litre turbocharged 4-cylinder was less powerful than the one found in the GTI.

That problem has been remedied however, with the introduction of the all-new Jetta GLI, which does indeed live up to the notion of being a GTI with a trunk. The new GLI uses the same engine and transmissions as the GTI and the power output in both cars is now the same: 228 hp / 258 lb-ft. 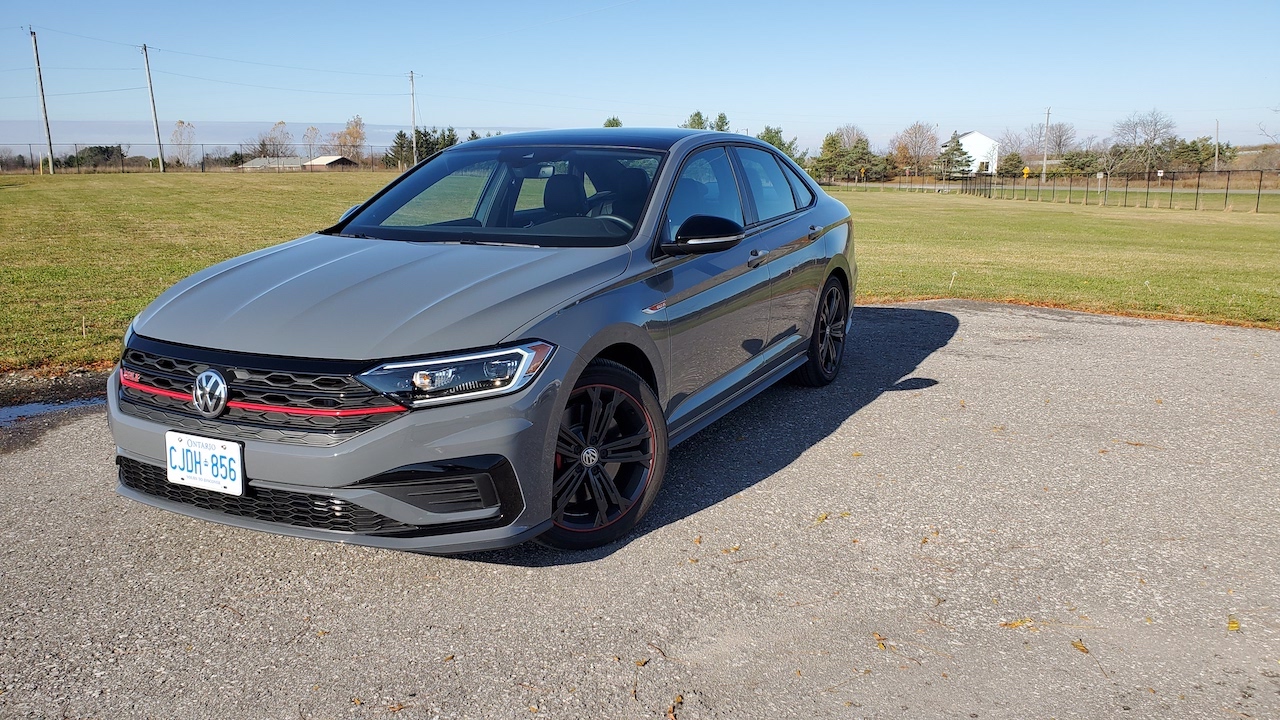 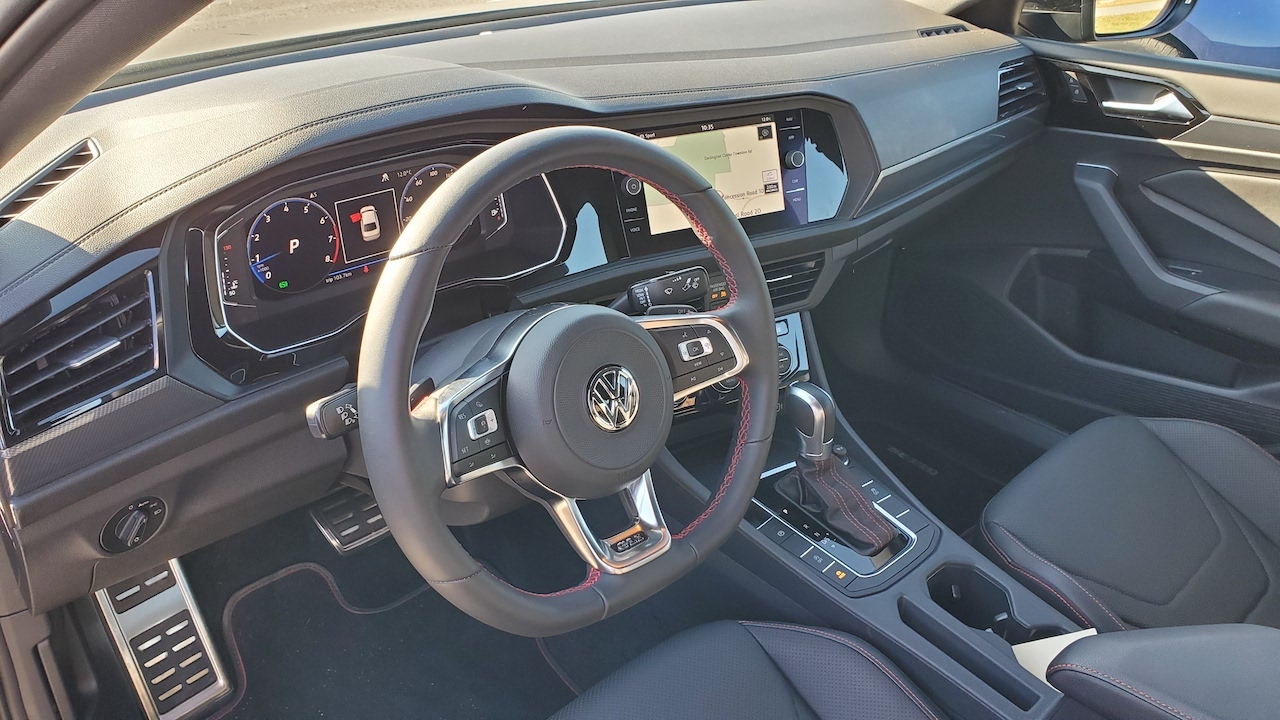 This power bump combined with the presence of a torque-sensing limited-slip differential (also shared with the GTI), makes the GLI a very capable performer. Throttle response is snappy, understeer is well-controlled and there’s plenty of power on tap to slice through everyday traffic with ease. And I can attest the GLI also performs quite well on track. Quicker than I was expecting and with very sharp reflexes.

I’m also a fan of the GLI’s aesthetic – clean and handsome on the outside, well-finished and loaded with content on the inside. Perhaps the best part of the GLI’s performance, is that it comes wrapped in a form factor that’s eminently practical. Four doors, big back seat and a spacious trunk. No other car in the group delivers a better balance of performance and utility. That said, performance is the thing that matters most in this category and there are others that are better in that regard, so it’s third place for the GLI.

After being absent from Toyota’s lineup in North America for more than two decades, it returns with a vengeance for in 2020. While the all-new GR Supra (GR stands for Gazoo Racing, the name for Toyota’s Le Mans-winning race team) is based on a shared platform with the all-new BMW Z4 roadster, it is nevertheless an outstanding performance machine.

Let’s get this out of the way: there’s a lot of BMW here. Its 3.0-litre turbocharged inline six-cylinder (335 hp / 365 lb-ft.) and the 8-speed automatic is also found in the Z4, and the interior uses a lot of BMW-sourced switchgear, trim pieces and even its 8.8-inch touchscreen. As a result, the car has attracted some criticism for not being a ‘real’ Supra. Personally, I think these criticisms miss the point, as the Supra wouldn’t exist were it not for Toyota’s technical partnership with BMW. 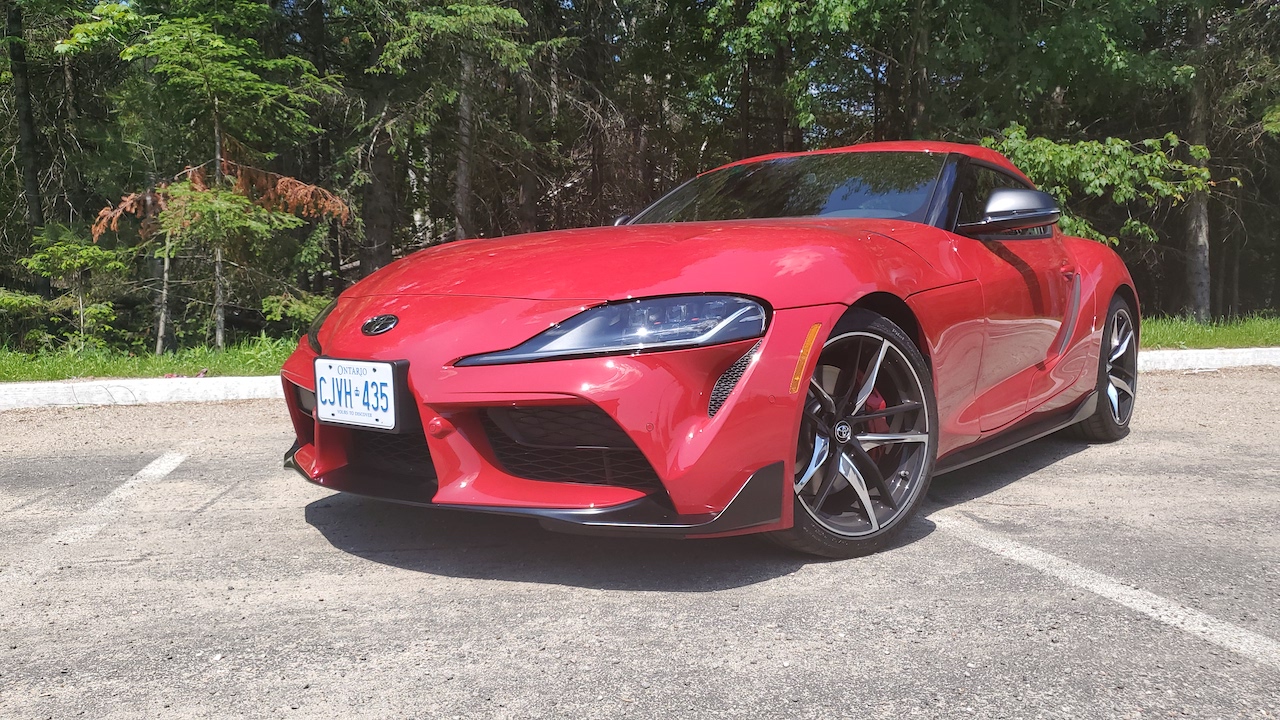 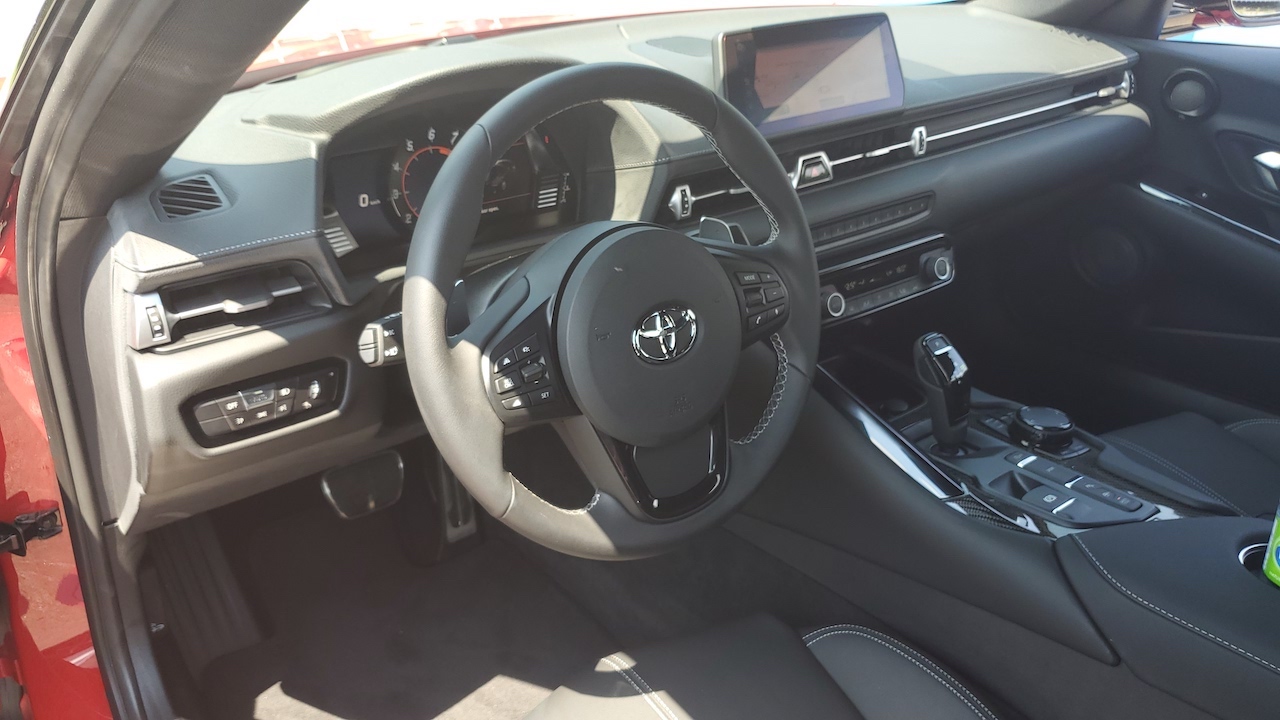 The criticism also dismisses the reality that the Supra is a great performance car, on track and off. This rear-driving coupe is fast, with knife-edge handling, twitchy reflexes and enough power to make track days very rewarding. It’s also lots of fun on public roads too, with a raspy exhaust note and enough customizable settings (damping, steering, engine, and transmission) to dial back the car’s high-performance tendencies to make it liveable as a daily driver.

On the daily driver score, the Supra does suffer a little given its tight interior confines and lack of cargo space. Its ride is also sports-car stiff as one might expect. These are less gripes than a simple acknowledgement of reality. These are minor blemishes, but they create just enough daylight to relegate it to second place.

If you wondered how serious Hyundai’s N division would be as a high-performance brand, I have the answer: Very. Consider the basics of the Veloster N: 2.0-litre direct-injected turbocharged 4-cylinder engine (275 hp / 260 lb-ft.) married to a 6-speed manual transmission, multi-mode, electronically controlled suspension with torque-vectoring, limited-slip differential, and high-flow active sport exhaust system.

That’s some pretty impressive kit for a car that lists for $34,999, and I haven’t even mentioned its standard 19-inch wheels, Pirelli P-Zero summer tires, and massive brakes (345 mm front, 315 mm rear). Or its bolstered performance seats, N-design rear spoiler and front fascia, and integrated diffuser. 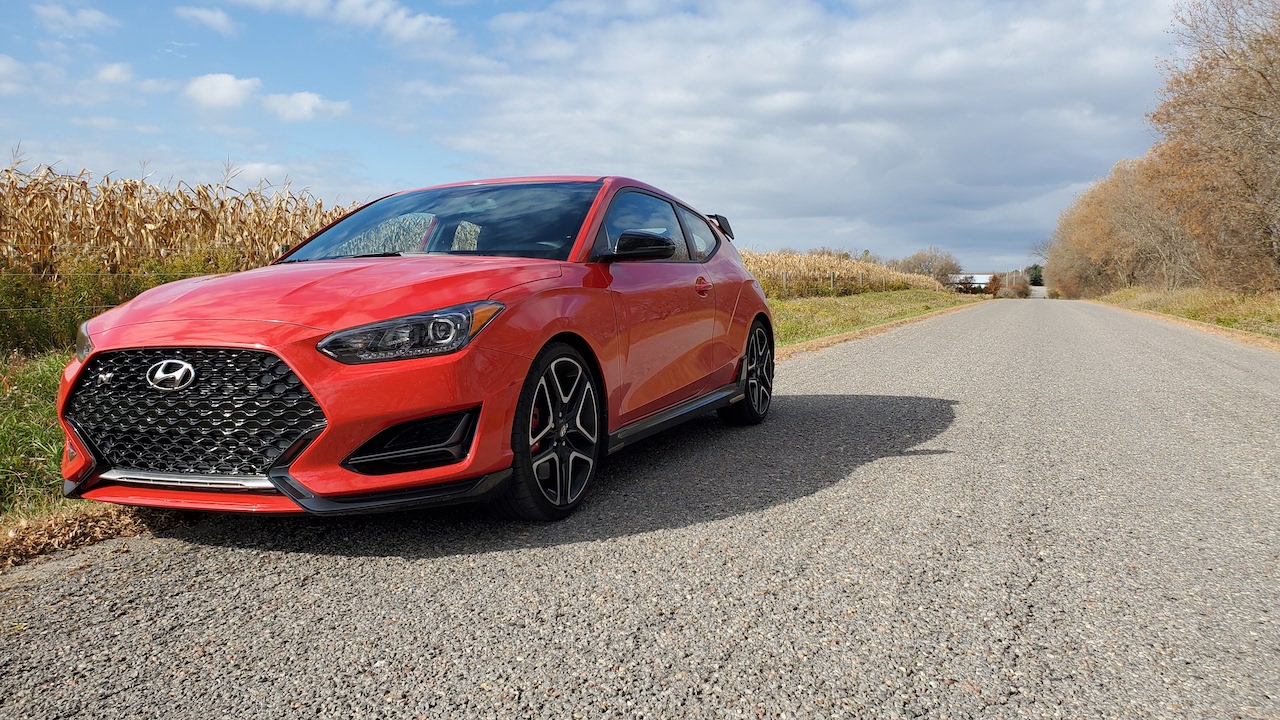 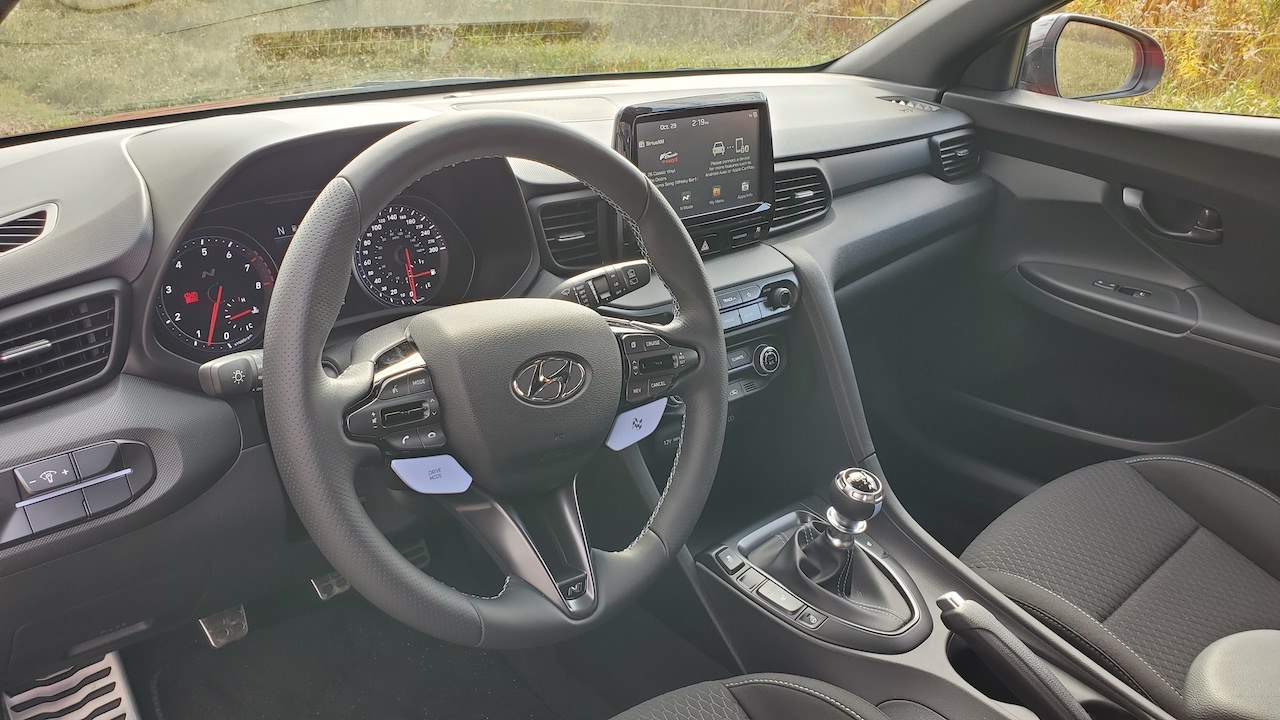 In short, the Veloster N has the goods, and it delivers on track and off. The 2.0-litre turbo offers hair-trigger acceleration, especially in N mode which unleashes engine over-run exhaust backfiring and downshift rev-matching. The Veloster N is a front-driver, but the presence of a torque-vectoring diff scrubs out a lot of understeer to help the car rotate nicely through corners at high speeds. The chassis also offers a high degree of customization (active diff tuning, damping, steering, yaw control) for getting the most out of the car and offers further evidence of its performance bona fides.

As much fun as it is to blast around in on track, it can also be set up to be a perfectly civilized car off it. Its hatchback layout offers a good amount of cargo versatility, and while its back seat is small, it at least offers more useable space, even if it’s unlikely to be used much for transporting humans.

Bottom line, Hyundai’s first entry into legit high-performance is a breakout hit. The Veloster N is not as powerful as the Honda Civic Type R, but it also costs less and scores high on the performance and value scale. The Toyota GR Supra gave it a real run for its money, but the Veloster N is the deserving winner here.