Out of all the vehicles that we assess in the Canadian Car of the Year program, the pick-up trucks are perennially among my favourites. At the annual TestFest event held each October by the Automobile Journalists Association of Canada, there’s a special drive route set aside just for pick-ups that uses an unassumed road filled with mud-lined puddles, inclines, and even a bit of light fording. It allows us to really put these trucks to the test, and it’s such ridiculous amounts of fun that I can hardly believe I get to call it work.

Anyway, this year there are three entrants in this category – and an element on which I feel AJAC owes readers an explanation. The Canadian Car of the Year program invites the previous year’s category winners back to compete in the year following a win, and yet the truck chosen as the Best Pick-up in Canada for 2019, the Ford F-150 Diesel, was not made available to judges this year for assessment. With the way this awards program is structured, we don’t vote on vehicles we don’t drive, and so the inability to do any real-world testing of the Ford F-150 Diesel effectively removed it from the running. (I wouldn’t want to put words into anyone’s mouth about why this decision was made, but a quick glance at the trucks that were made available might lead to some fair conclusions.)

At any rate, the end result is that a head-to-head assessment that really should have taken place in this category didn’t happen, and so I suspect the eventual winner will end up with a runaway. That’s not because the other trucks aren’t good buys or aren’t worthy; it’s just that I feel that the judges are likely to prioritize certain traits over others, which will lead to an obvious conclusion. Read on for a closer look. 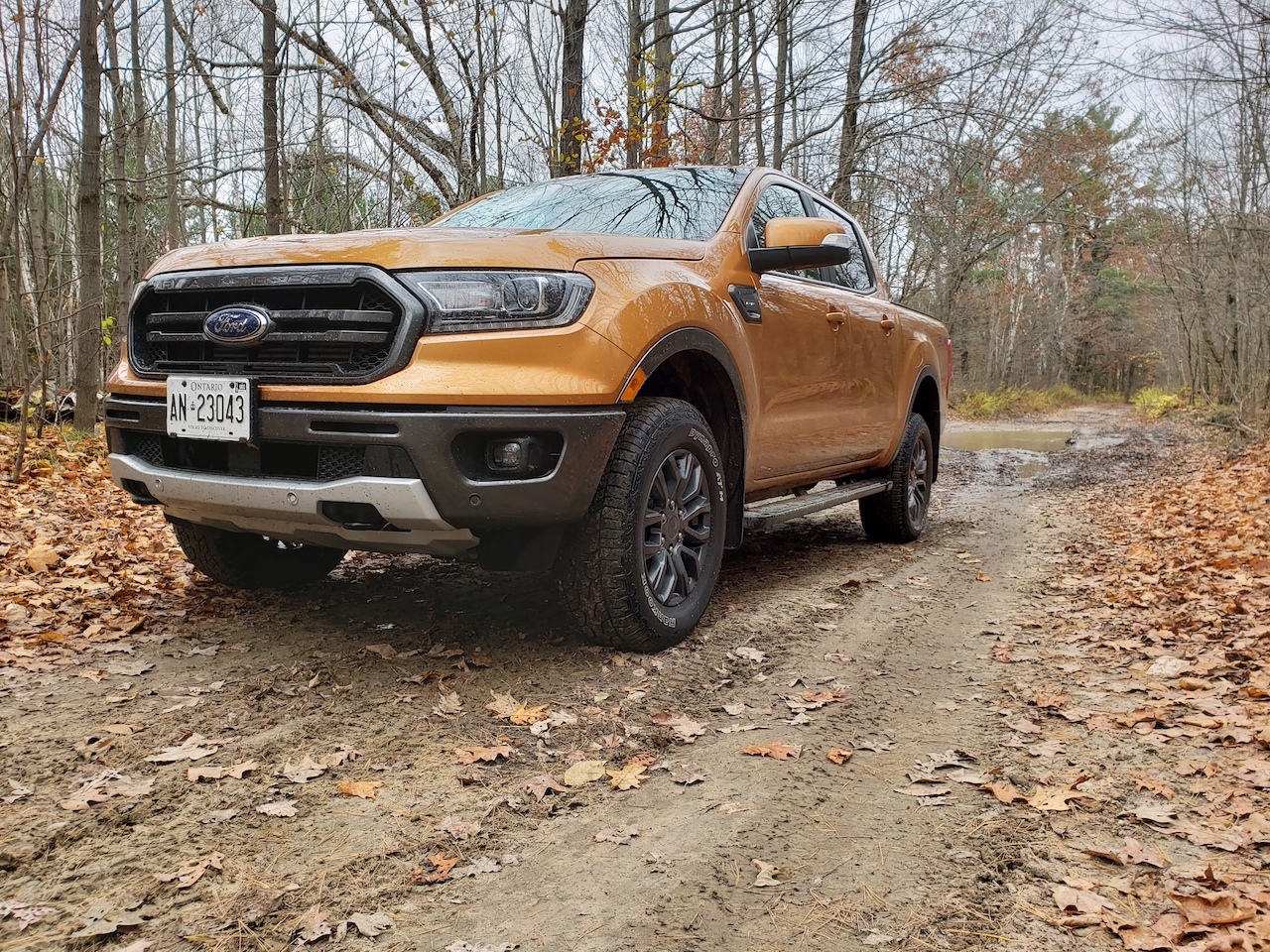 By and large, I’m a big fan of mid-size trucks. And a lot of people don’t realize that, in terms of size, capability and price, they’d be served just as well by a smaller truck as they are by a half-ton. I also happen to be a fan of the Ford Ranger and enjoyed my week of test driving it earlier this year. So, why do I predict that it will finish in third place, then? There are two factors at play: I expect that the judges will prioritize capability and luxury over outright price, which will nudge the mid-size trucks further back in the standings; and the Ranger, while making its return to North America, is in itself not new, which means that it’s missing some things that the second-place finisher is able to offer such as a heated steering wheel or high-tech off-roading features. 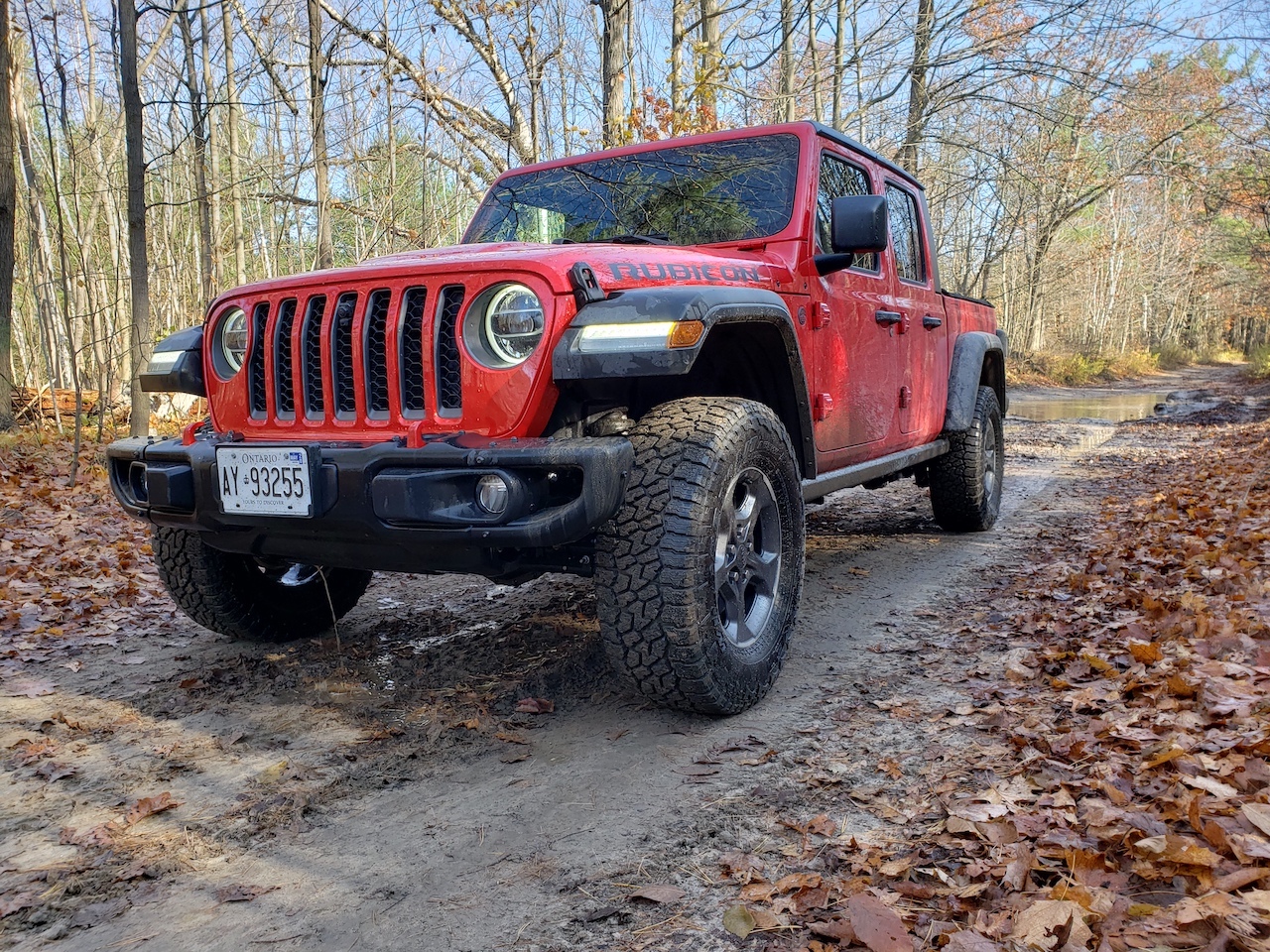 And herein lies a study in what I believe AJAC’s experts will find to be the most important attributes to pick-up buying Canadians. As far as the concept of a pick-up truck as a toy goes, the Gladiator is where it’s at. Yes, it gets a fair bit more expensive than others in its class, but if your budget can accommodate it then it’s well worth it for trick parts like the detachable roof and doors, folding windshield, and off-road features like the trail-view camera and pitch and roll gauges available in the excellent Uconnect infotainment system. It’s not without its flaws – it’s noisy and drifty when it’s going in a straight line on the highway, it’s not so easy to get into and out of (especially when it’s dirty and you’d rather not be), and all-around visibility isn’t perfect – but if you’re considering something styled after a Wrangler, then you probably already know what you’re getting yourself into. In this category, the biggest problem for the Gladiator, in my view, is what it’s up against… 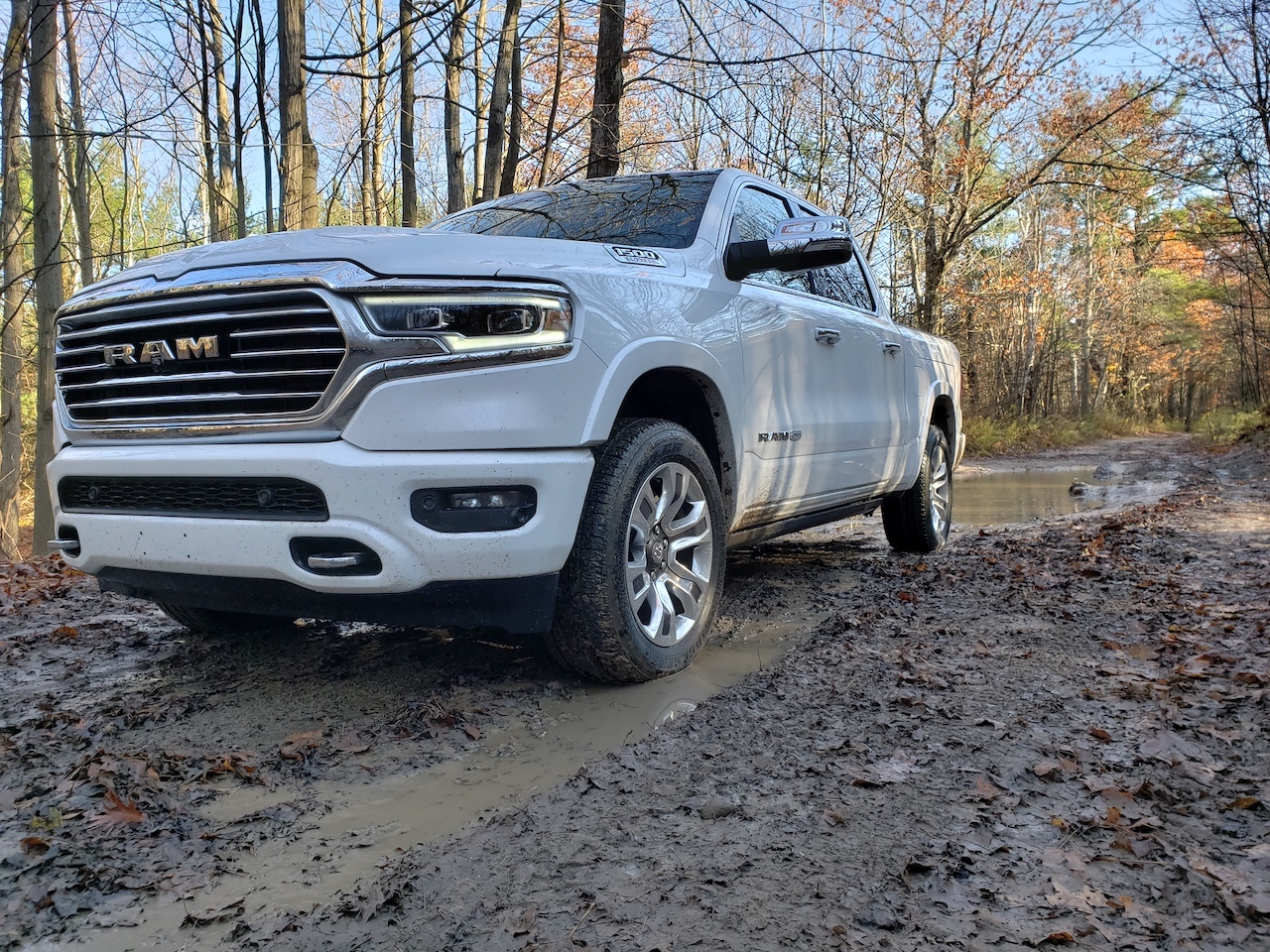 … The Ram 1500 EcoDiesel, one hell of a great truck for when you enjoy a bit of fun but also need to take it to work. The 3.0-litre V6’s 480 lb-ft of torque is best-in-class for a half-ton while also producing the segment-best highway fuel economy for a 4×4 at 8.0 L/100 km. Apart from needing a bit of a heave from the right foot to get going – and what diesel doesn’t? – this is an easy-driving powertrain mounted into a truck that’s a true pleasure to spend time in. It’s gorgeous with a high-quality interior, an optional 12-inch Uconnect infotainment system that can split to display multiple functions at once, plus it’s quiet and immensely capable. Yes, it’s the highest-priced truck on this list, and there are plenty of people who don’t need as much as the Ram 1500 EcoDiesel provides. But for those who do, the value proposition makes it a winner.