It’s that time of year: 2020 models are beginning to arrive in dealerships across the country, and that means it’s time for the members of the Automobile Journalists Association of Canada to make our predictions and log our votes for which among them will be chosen as the 2020 Canadian Car of the Year and Canadian Utility Vehicle of the Year.

Up for discussion here is the Mid-size Utility category, one of the most important to Canadians as we continue to swap out cars for all-wheel-drive crossovers at record rates. There are several new players and redesigned vehicles in this space for 2020 to compete against the returning winner, the Mazda CX-5, meaning that there’s plenty to cross-examine.

Going with my gut in this category requires me to stick my neck out and make a couple of bold predictions. Here’s how I think the Mid-size Utility will play out once the votes are tabulated. 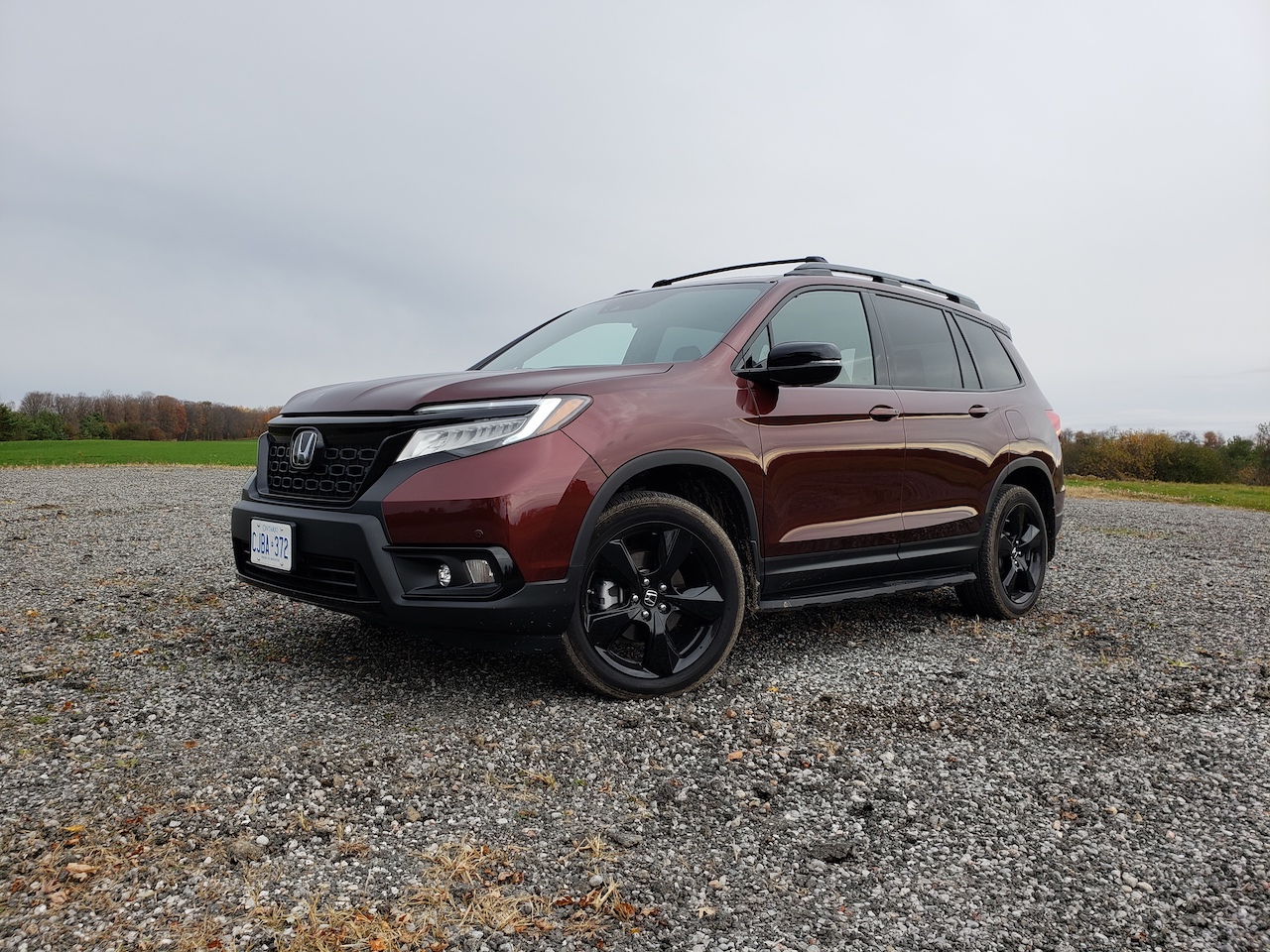 Every competition must have a last-place result. And actually, I quite like the Passport. As far as rugged utility vehicles go, it definitely looks the part. The cargo space is large thanks to the upright rear end design, and it has a good variety of easy-to-use drive modes. But I suspect my fellow analysts will dock marks for the plain and dark interior, sluggish throttle response from the 3.6-litre naturally aspirated V6 (280 hp, 262 lb-ft of torque), overly loose steering feel, the smaller than average sunroof, and the relatively high price, especially in lower trims. 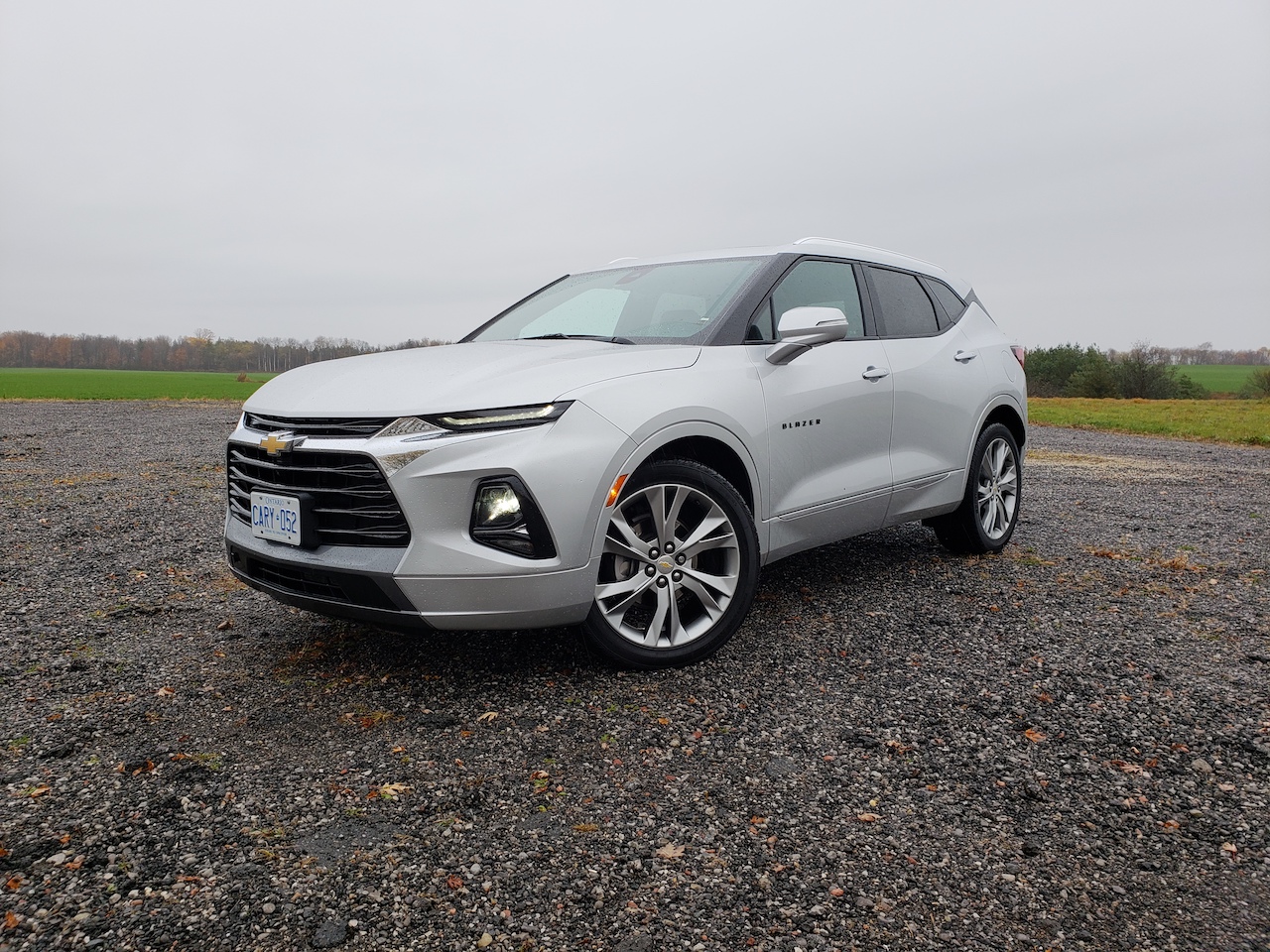 The Chevrolet Blazer has one of the better new designs to come out of a mainstream brand in recent years with touches that feel premium like the large, round air vents that can be turned to adjust the temperature. The 3.6-litre V6 equipped in most models, with its 308 hp and 270 lb-ft of torque, provide an energetic feel that’s helped along by the nine-speed transmission. The biggest issue presented by the Blazer it its price, which gets very high in the top trims, even being as well-equipped as they are. 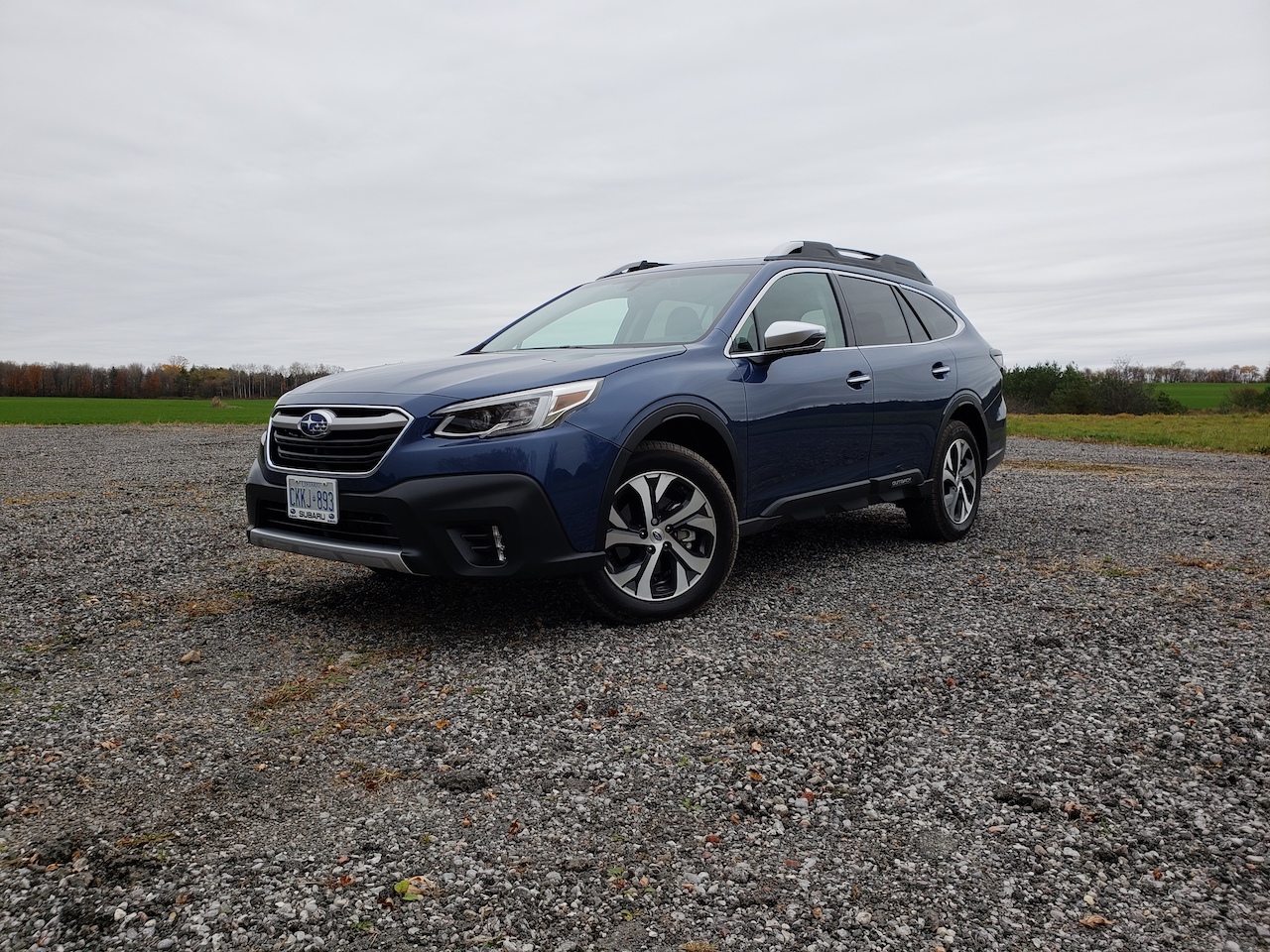 The Achilles heel for the Subaru Outback is its walk-up impression: it looks utilitarian compared to its competition, and it has a lot of plastic cladding that stands out. Once you’re inside, things improve dramatically. The interior look and quality are very nice, and the large tablet-like infotainment screen is on par with some premium brands. The upgraded 2.4-litre turbocharged Boxer four-cylinder engine in my Premium XT tester delivers a peppy drive feel through its 260 hp and 277 lb-ft of torque, and the fact that all-wheel drive is included in every Subaru saves any second-guessing over value. My suspicion is that its less-attractive looks and characteristically unconventional body style will hold it back from making the top three. 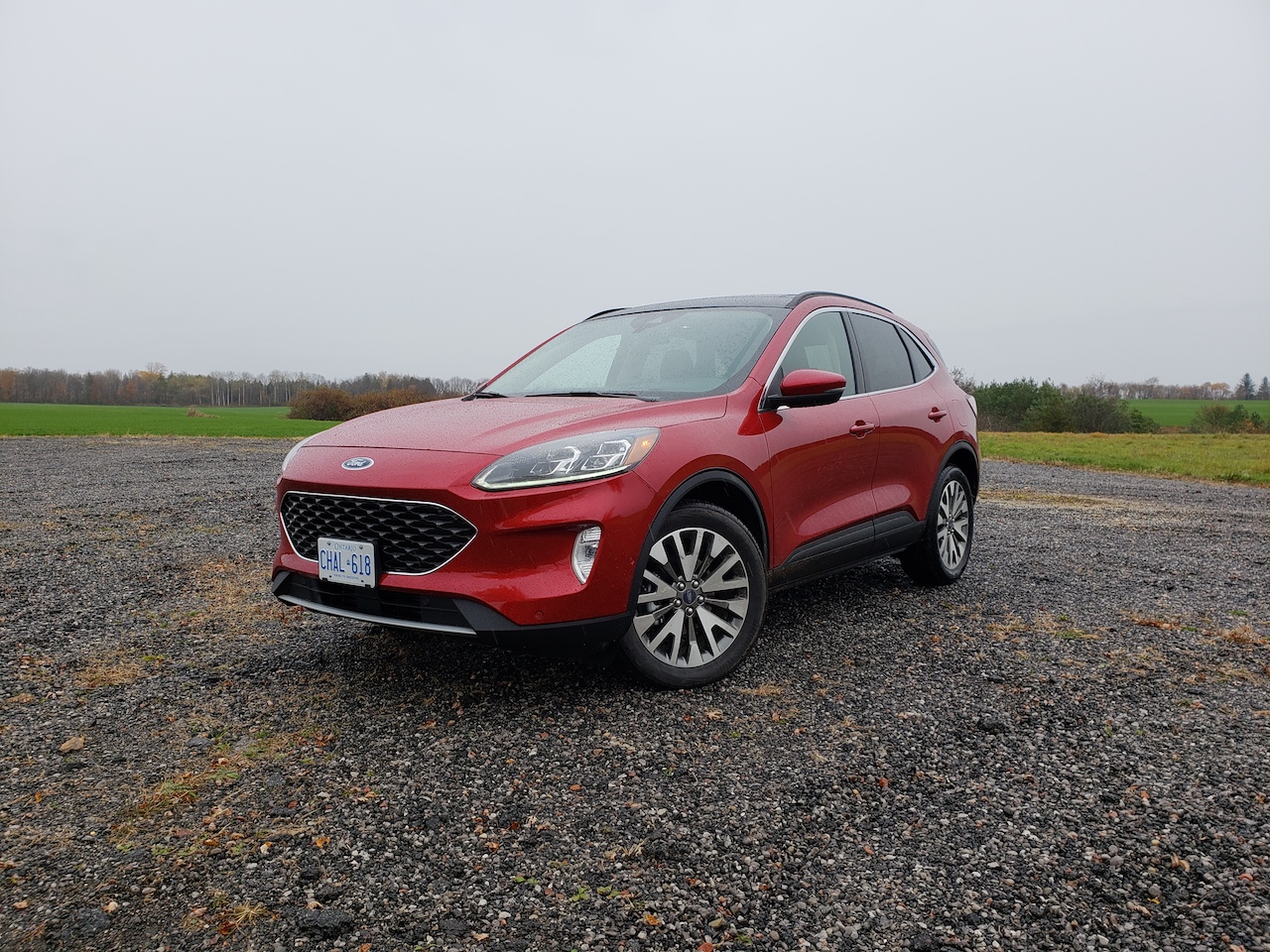 The Escape had a complete redesign for the 2020 model year, and the Titanium model I tested comes with a 2.0-litre EcoBoost (turbocharged) four-cylinder engine that produces 250 hp and 275 lb-ft of torque. I’m not going to make any friends at Ford by saying this, but I’m not sure I didn’t like the old model better, at least in terms of factors such as the front end design and the interior, which comes with conspicuously faux-wood inserts. However, the large sunroof is a nice touch, the interior is quieter than the outgoing version, and the fact that the Escape is slightly smaller than many of the vehicles it’s up against here gives it a handling advantage.  Its pricing is also relatively reasonable, which will win it some value points. 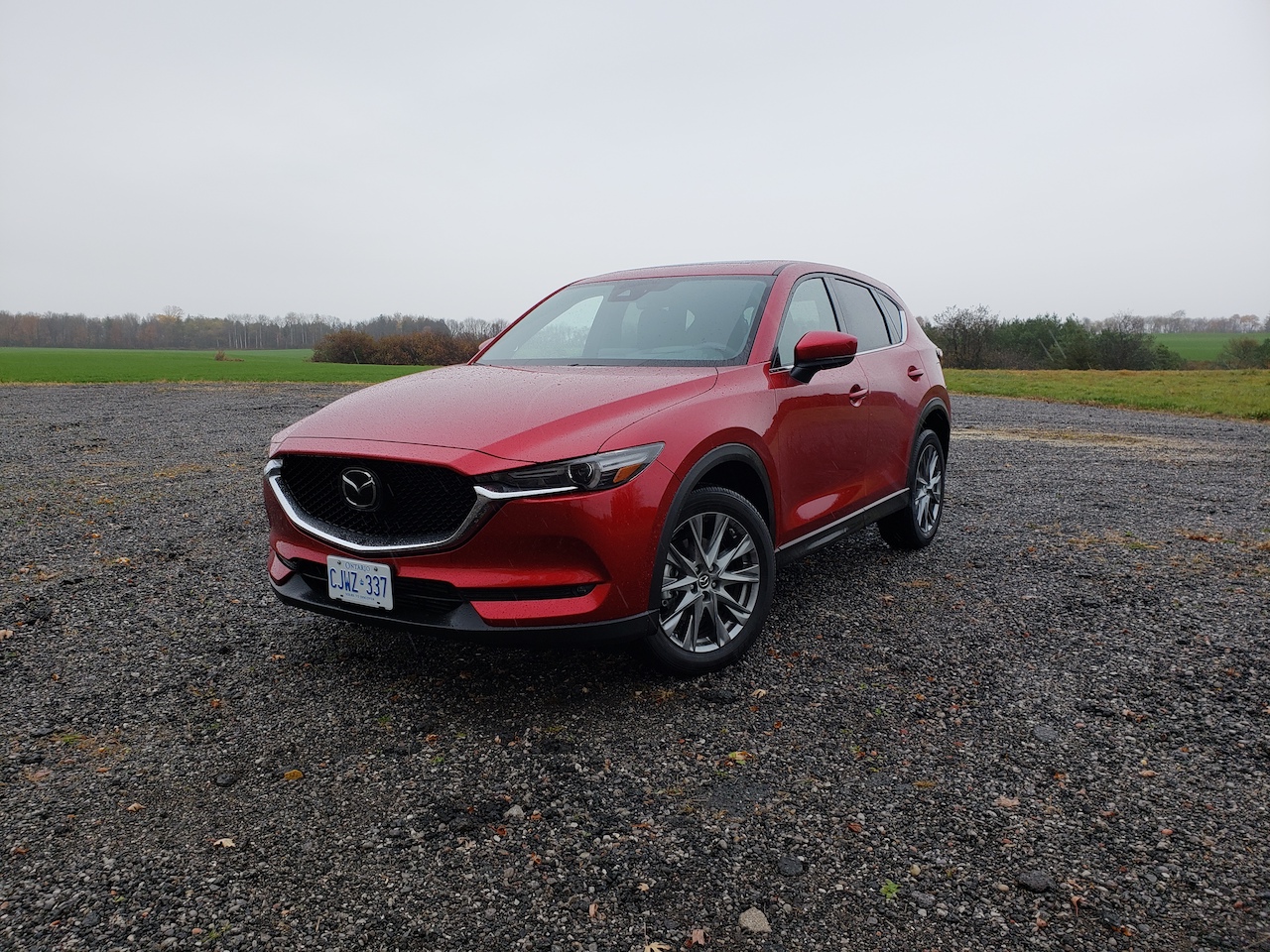 Here’s where I’m really sticking my neck out: I’m predicting that the reigning Mazda CX-5 will be unseated once the votes are tabulated for 2020. This one’s been a winner for two years in a row, and it continues to be the most compelling choice in terms of design, both interior and exterior. (Since I panned the Escape for its faux wood, I should point out that the inserts in the CX-5 I tested are also artificial wood, though in this case they’re more convincing.) It also has a new offering for 2020 in the arrival of the 2.2-litre diesel engine, which upon testing I found to be excellent: though its 168 hp is lower than most in this category, the 290 lb-ft of torque is the real story (as one would expect with a diesel), and while it feels heavy to get going, once it’s rolling and inside its peak torque curve it feels pleasantly responsive and not especially diesel-like at all. The problem is that diesel has a PR problem these days and that in combination with a lack of other more fuel-efficient powertrain options and the CX-5’s relatively small back seat and cargo space might finally be beaten out by a recently redesigned competitor… 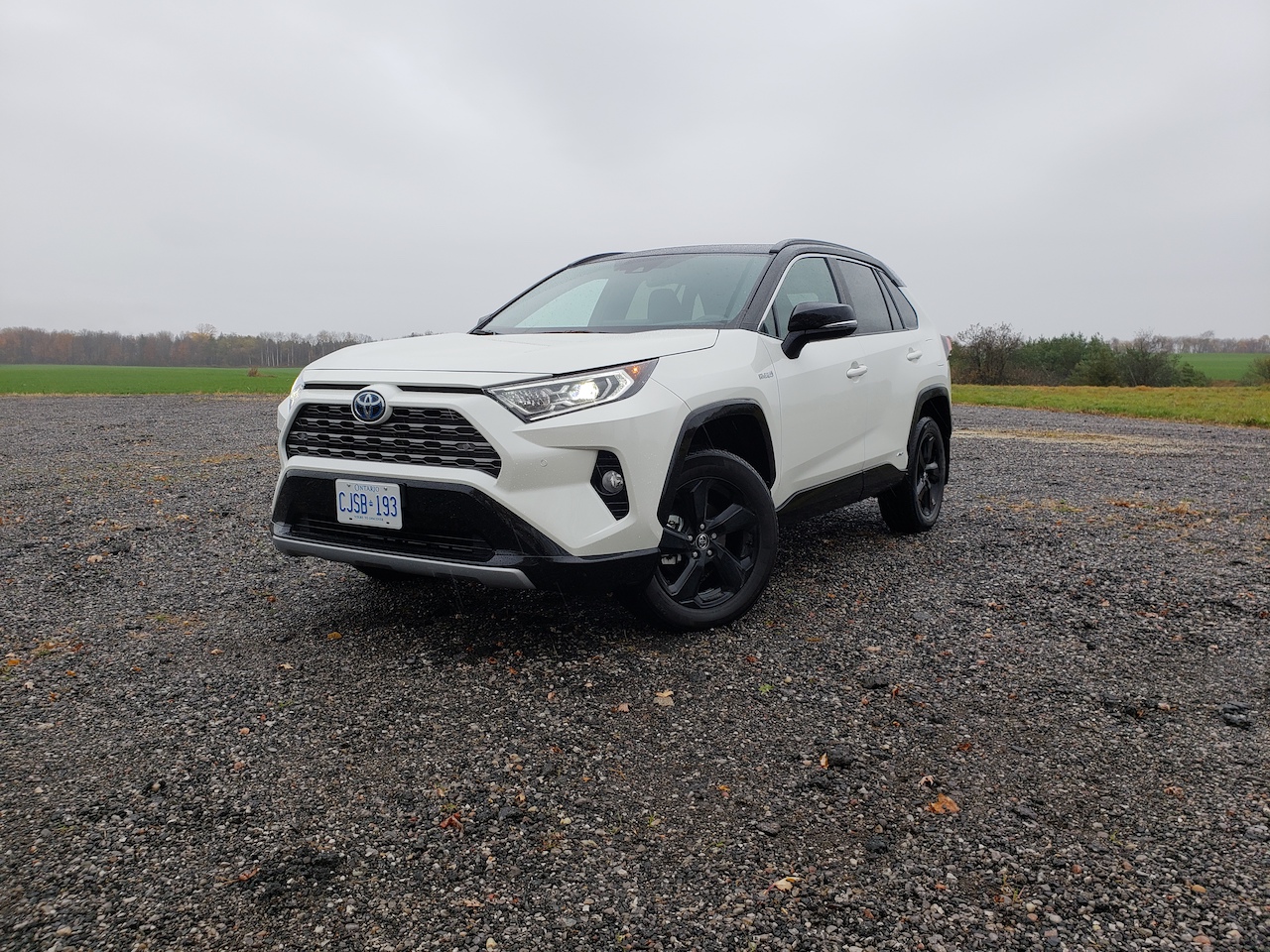 What a difference a year makes. With its recent redesign, the Toyota RAV4 has gone from being one of my least favourite small SUVs to in my view being the best on the market. The Hybrid XLE model I tested is on the lower end of average pricing for premium models in this segment and offers a great deal of versatility, from the ability to do light off-roading in Trail mode to running entirely on electricity in EV mode, a function that’s not often seen in traditional no-plug hybrids. While the interior and exterior design are a step below the CX-5, the styling conveys suitable quality and substance. The CVT gives good pep off the line to this 2.5-litre four-cylinder engine and hybrid drive system combination with its 219 hp. (Combined system torque is not declared.) Not only do I think the Toyota RAV4 will win the Mid-size Utility category, but I think it has a solid chance at being Canadian Utility Vehicle of the Year.