The annual Canadian Car of the Year program (CCOTY) is a unique opportunity provided by the Automobile Journalists Association of Canada (AJAC) for members to test the year’s latest and greatest cars, SUVs, CUVs and trucks back-to-back on road and track to determine the Canadian car and utility vehicle of the year. The featured track is the driver development track at Canadian Tire Motorsports Park (nee Mosport). Testing also took place on the roads in and around the Bowmanville area where the track’s located. There’s even an advanced off-road course to really put the CUVs and SUVs to the test. While we test cars year ‘round, aside from the odd comparison choice rare is the chance to test them shoulder to shoulder as we do here.

Vehicles are broken down into categories and Wheels.ca had numerous journalists on-hand to put everything to the test. 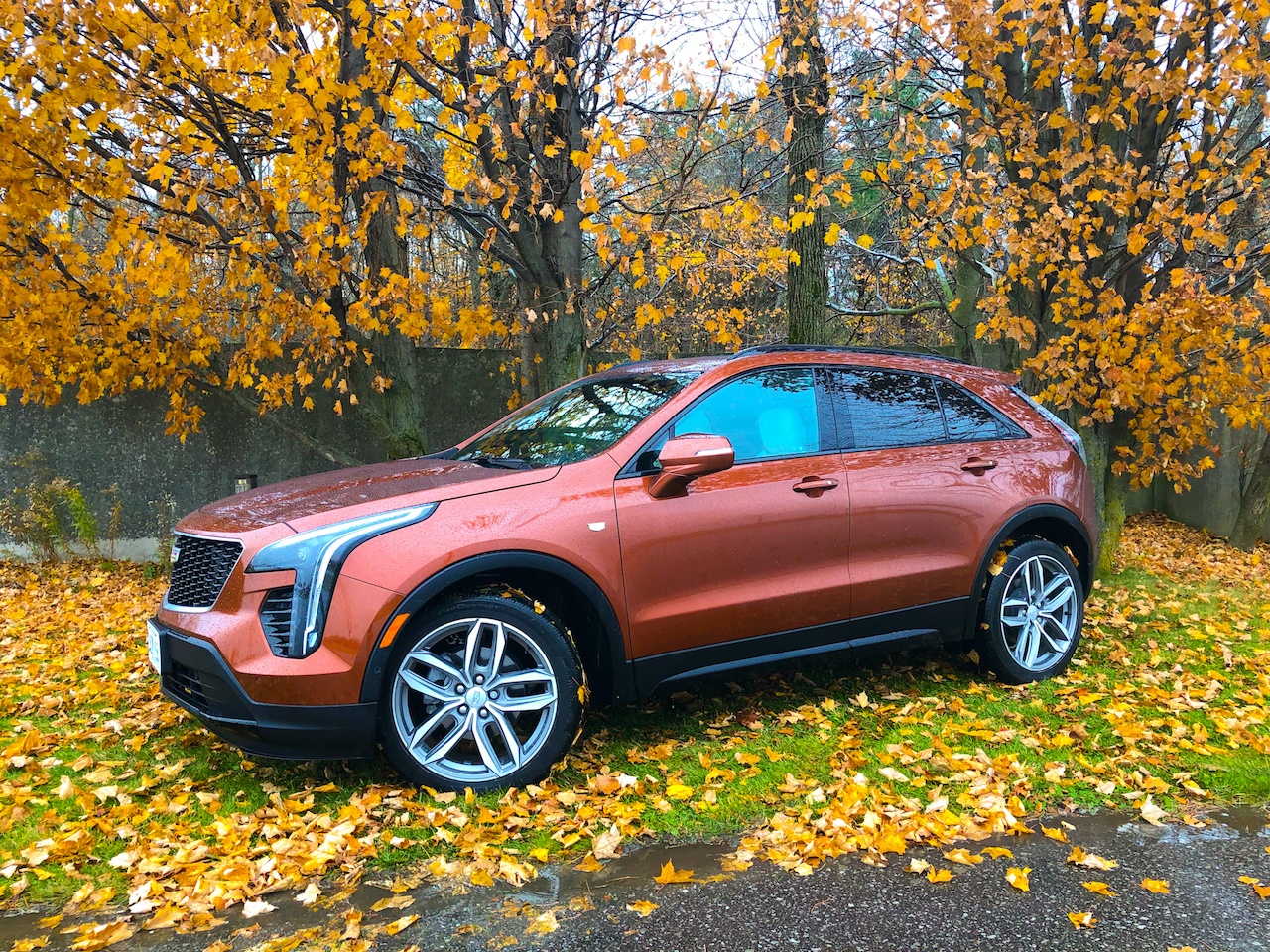 While we’re fans of Cadillac’s move to its “Y” strategy, whereby each of their vehicles get trim lines that lean to the more sporty- or more luxury-minded buyer, the XT4 misses the beat in a couple of spots. It’s not the looks, which are handsome and chiselled, backed up by sharp colour choices. It’s not the powertrain; the XT4’s turbo-4 makes a healthy 237 hp and 258 lb-ft of torque. Mainly, it boils down to two things: Cadillac’s CUE infotainment system, and interior space. Granted, the XT4 is the smallest vehicle here, but that shouldn’t prevent them from getting at least the driver’s seat position right. Which they haven’t, not quite. It’s a little too canted back, and those with longer legs will have their knees encountering the side of the centre stack; actually, rear-seat passengers are well cared for as their legroom is pretty good. It does cost storage space, though, which is smaller than the BMW X1 and oddly-shaped. As far as CUE goes: though it’s an improvement from its earlier models, it’s still a little slower to react than what’s offered by BMW, Lincoln and various FCA products. 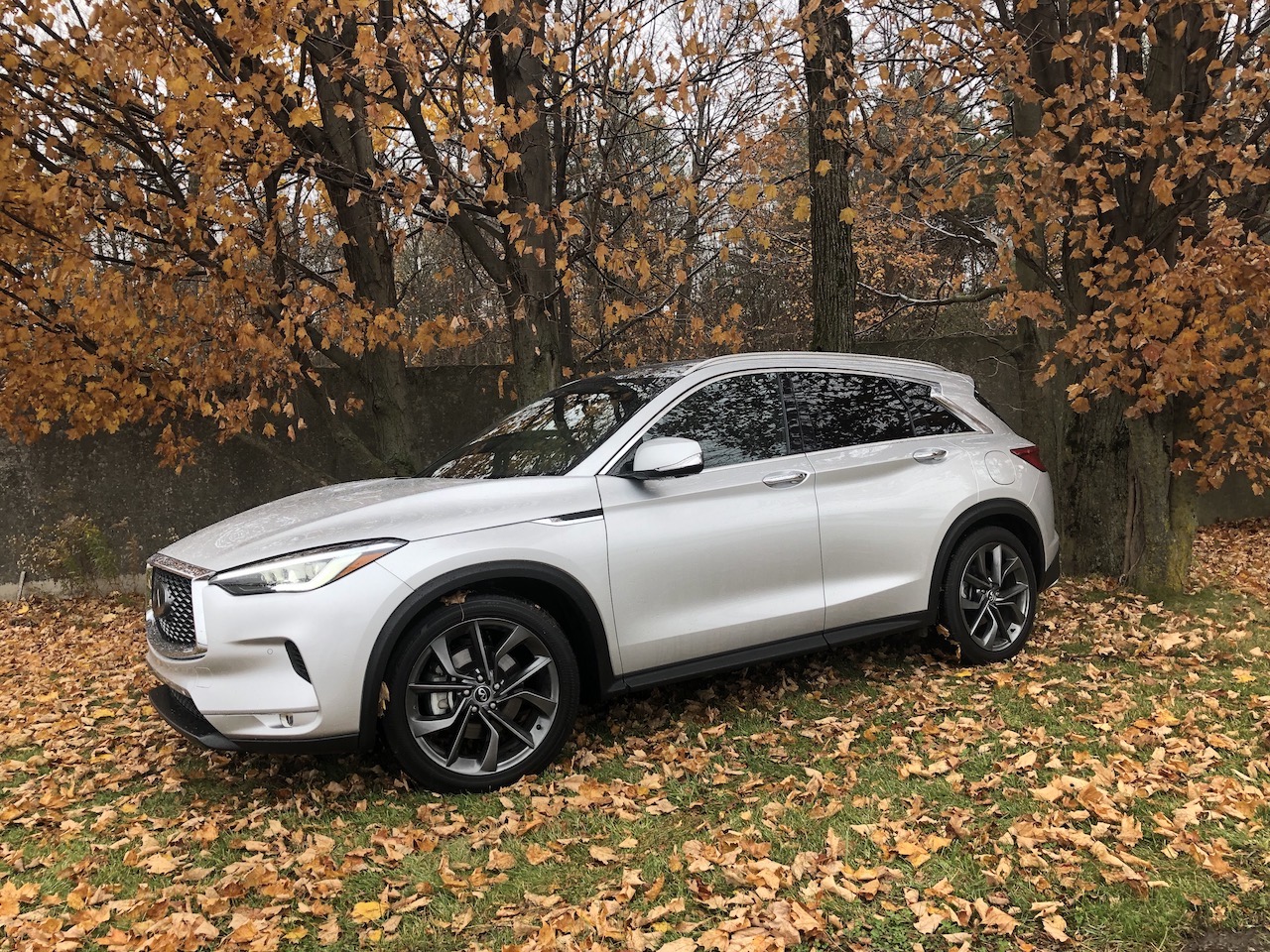 By far the best-looking entry of the bunch with its squinting headlamp lenses and perfect proportions, the QX50 – one of Infiniti’s most important models – is a well-engineered tour-de-force that needs a bit of detail work in order to bring it to the top. Our experience with the vehicle left the feeling of many good starts, but a lack of polish here and there.

Let’s start with the powertrain: Infiniti’s variable-compression turbo tech is awesome, awesome, awesome and the fact that it’s available on the new Nissan Altima in the US but not here is beyond me. It may very well be the best four-banger on the market today. Trouble is, in the QX50, it’s let down by a somewhat lazy continuously variable transmission (CVT) that seems to prevent it from fully stretching its legs. It’s good for fuel economy, though, which is a plus.

Chassis strengths include a fantastic ride and good handling – you just may not know it. Why? Well, because the QX50 uses a clutch-based variable steering rack that makes use of electrical impulses to respond to driver commands as opposed to a more traditional direct link. It’s great for when you want a light rack for slow around-town work, but suffers as speeds increase. There’s also a strange rubbery feeling once you reach full lock.

The QX50 wins back some points on the infotainment front; I like the dual-display set-up but the big news is that for 2020, it’s been given both Android Auto and Apple CarPlay support, two crucial pieces in the segment. 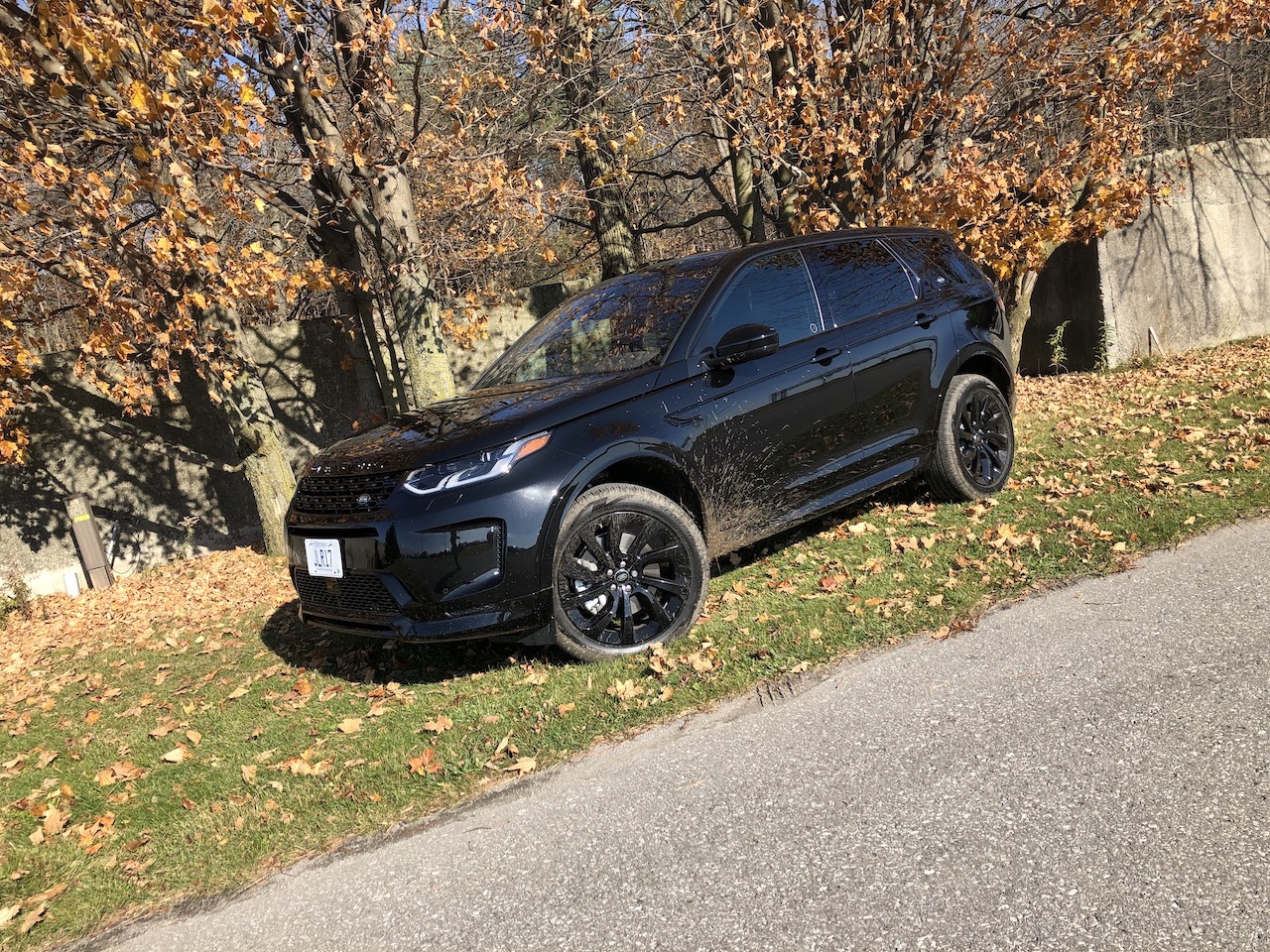 As cool and stealthy as the Disco Sport looks all black-wheeled, tinted and so on it retains what’s always been crucial to Landies: unmatched off-road capability. It made short work of the technical off-road course during out CCOTY testing as if it were nothing, which is impressive considering it was bog standard from the tires on up. Adjustable drive modes, hill-descent systems, ride-height adjustment; it’s all here, and it’s all right on the money.

Like the exterior styling, you may not get the sense this is a rough-and-tumble vehicle made for going off-road. There are screens and gadgets everywhere, and it’s all digitized as a luxury SUV/CUV needs to be these days. Aside from a too-high seating position, it’s a nice place to be, this cabin.

While it’s great off-road, some of its mannerisms on-road are what cost it the victory here. It’s a little floaty through turns, and the nose takes a little longer than we like to respond to steering inputs. It only lost by half a point, though, which should keep Landie fans happy. 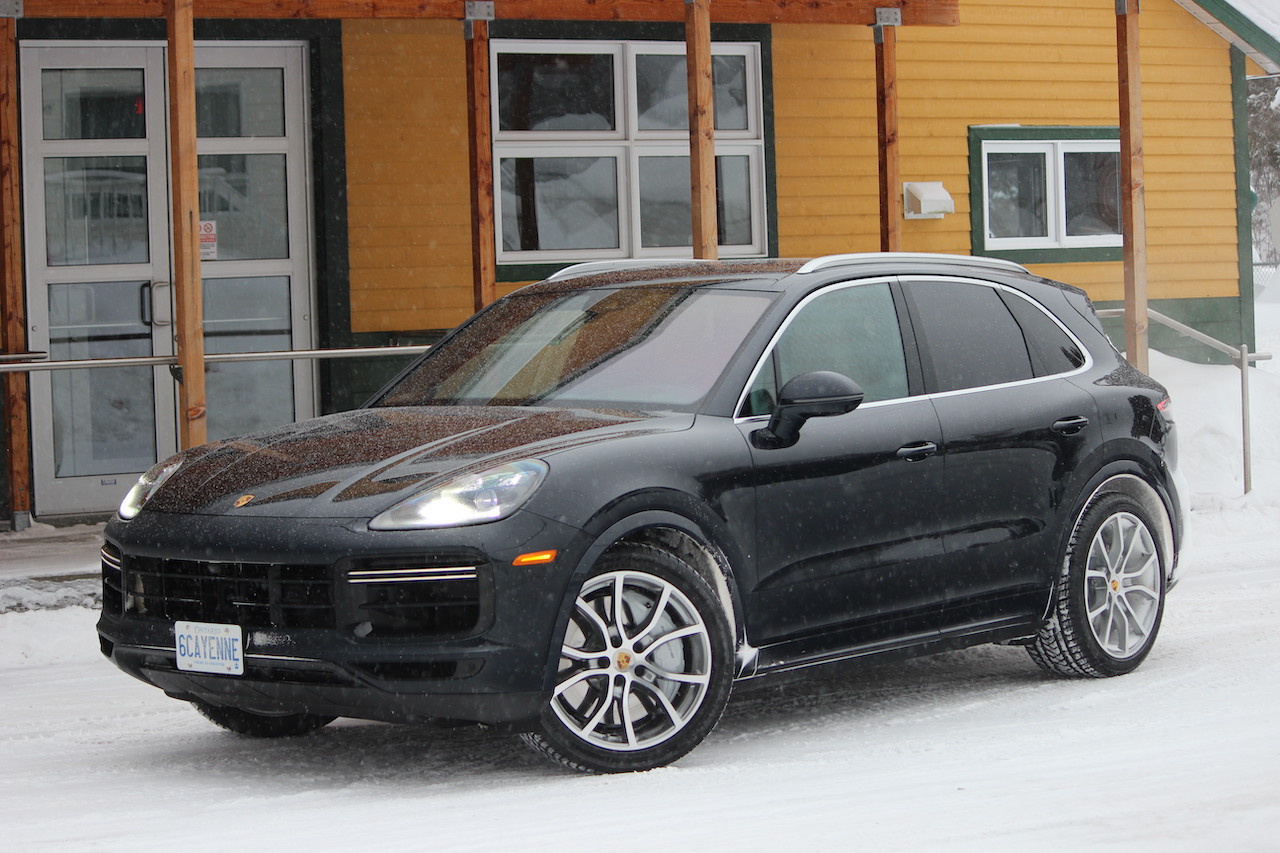 Indeed, while the Land Rover excels off the road, the Porsche excels on the road like few other SUVs available today, at any price level. The steering is sports car-like in its response, the ride and body roll so well controlled that you wonder how they could possibly get that kind of response from a high-riding SUV.

Power is rated at 434 hp and 406 lb-ft, making it the most powerful of the group. While our tester didn’t have Porsche twin-clutch PDK transmission, the 8-speed auto it does get is responsive and works well with the engine to keep forward progress brisk.

Inside, while the Landie’s good, the Porsche is even better with ultra-high quality materials used throughout, a perfect seating position and advanced tech that supports Apple CarPlay but not Android Auto. What used to be a button-fest around the shift lever, meanwhile, has been switched for a much less cluttered touch panel with haptic feedback. For all these reasons, the Cayenne won our hearts and minds at this year’s CCOTY competition.