Audi Distills A8 Tech into A6

PORTO, Portugal: Audi has condensed all the style, technology and pace of its flagship A8 into the 2019 A6 – a true businessperson’s express.

When it arrives at the end of the year, the A6 will have two options that are not just worth considering, but a “must have,” after experiencing them on the roads near Porto, Portugal, where the world media launch was recently held.

Much as it did with quattro all-wheel-drive, Audi offers quattro all-wheel-steering. Officially, it’s called rear-wheel steering, but I call it quattro because of the way it works in such harmony with the AWD.

Rear-wheel steering is not new, but early systems were largely mechanical or hydraulics.

Currently you can find next-gen rear steering on a very few of VW Group’s most exclusive models, such as the Porsche Panamera and, of course, the Audi A7 and A8.

But now that has trickled down to the A6 where, at speeds up to 60 km/h, the front and rear wheels steer in opposite directions as much as five degrees, reducing the turning circle by a full metre. 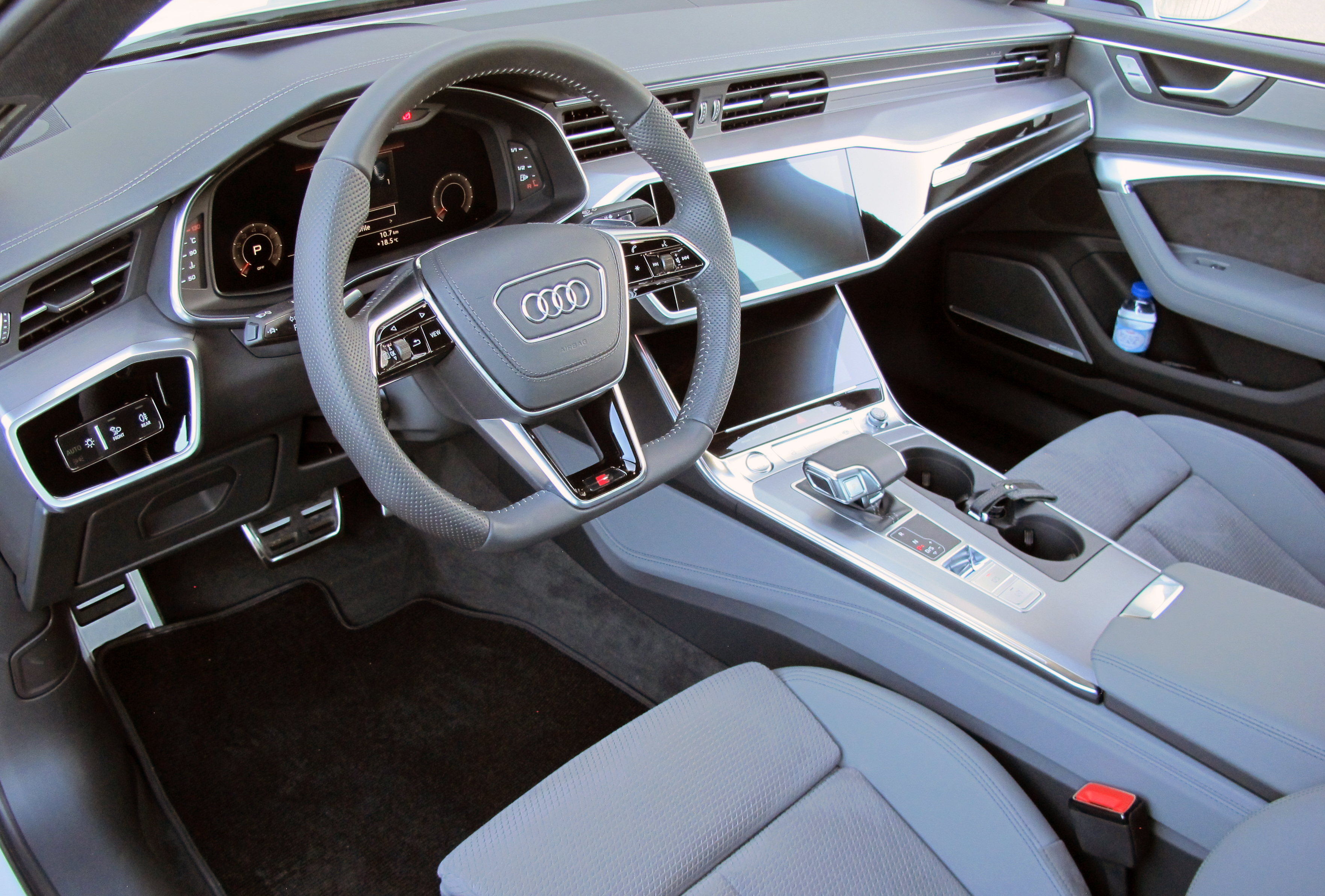 Think of it as virtually reducing the wheelbase, thus producing quicker response when turning in. I could actually feel the difference on the tight, ultra twisty roads cut into the cliffs surrounding the Druro River near our hotel.

Another boon is felt in very tight parking spaces, where the nimbler turning arc makes parking simpler. Think of trying to park in a downtown underground and the only spot left is between two hulking SUVs.

Above 60 km/h, the wheels steer up to two degrees in the same direction, this time virtually extending the wheelbase for a relaxed ride feel at highway speeds.

The other option is the adaptive air suspension, which, in Dynamic Drive Mode lowers the body a full 30 mm at speeds greater than 120 km/h, thus reducing the centre of gravity and increasing the aerodynamics and improving stability.

The two options plus the Sport Differential are controlled by the A6’s innovative Electronic Chassis Platform (ECP), which collects data from all the systems and blends them for the best performance and handling as gleaned from driver inputs.

Another major technology feature gained from the A8 is its 48-volt mild hybrid drive where a belt alternator starter (BAS) combines with a lithium-ion battery, enabling the A6 to coast at speeds of between 34-99 mph with a start-stop function that activates at speeds of 13 mph and below. During deceleration, the BAS recovers up to 12 kW of energy that in real-world driving reduces fuel consumption by up to 0.7L/100 km. 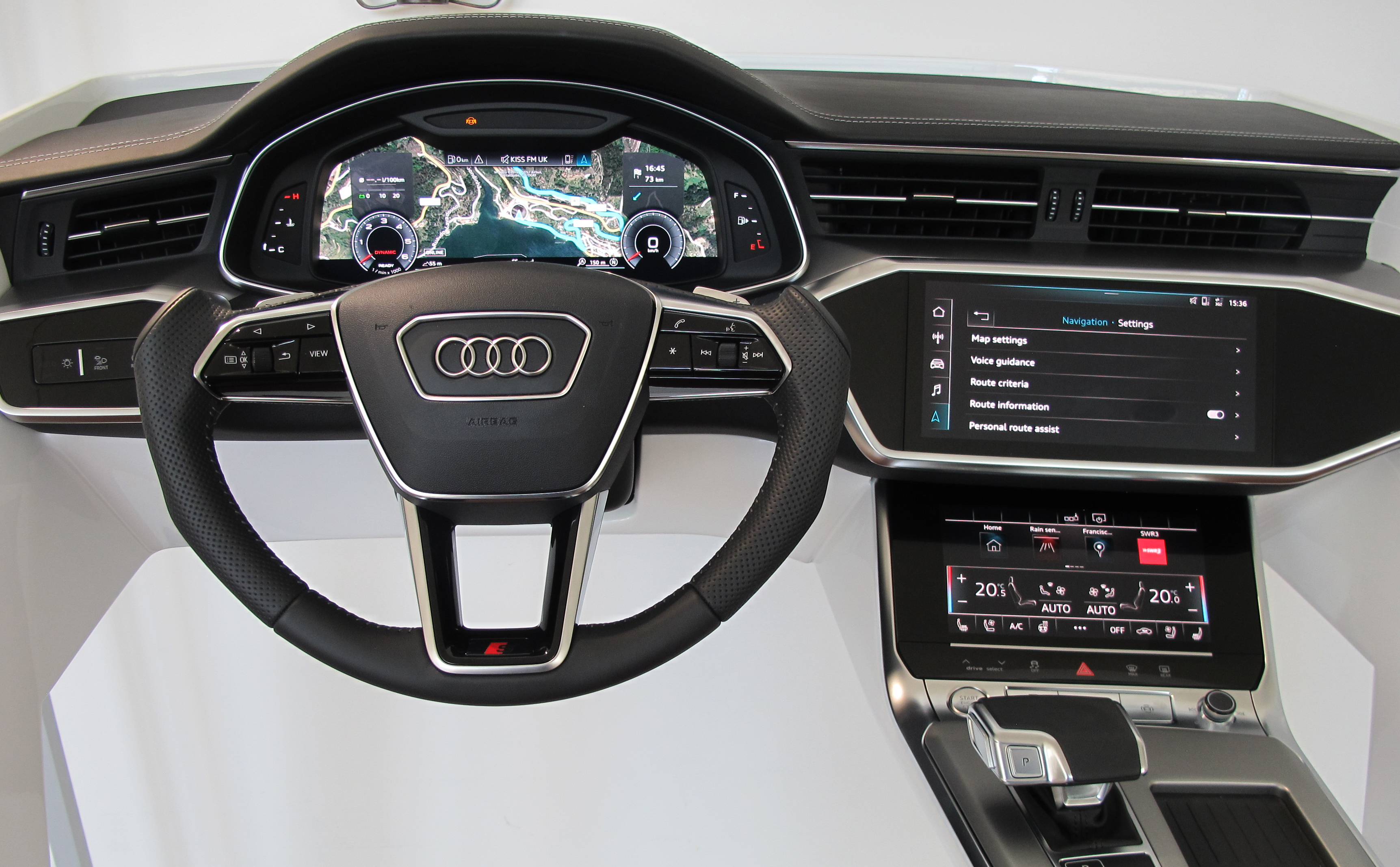 Initially, the A6 will be fitted with a 3.0-litre, twin turbo V6 producing 335 hp and 369 lb/ft of torque through a seven-speed dual clutch automatic transmission and the standard quattro AWD.

Put together that V6 and quattro drive/steering and you have a powerful performance phalanx which I could not resist taking for a solo spin on the mountain roads above the Druro Valley, where it’s constant corners with straights shorter than the driveways of some of my neighbours.

With on-coming traffic ranging from highway coach buses to ancient Euro microcars with brakes long absent to — get this — three cyclists pedaling while holding hands, the order of the day was to be smooth on the brake/go pedals instead of dancing on them.

For some two hours, the A6 and I bobbed and weaved with the Google-sourced Navi unfailingly giving the correct prompts.

Folks, it was fun!

A8 Transcends Audi into the Future

Thankfully making this happen was the 39 driver assistance systems, but that’s nothing compared to 400 preferred navi/infotainment settings that can be stored by up to each of seven different drivers.

All of this is available through three screens — the first of which is Audi’s outstanding Virtual Cockpit 12.3-inch main instrument display with optional full colour head-up display.

At the top of the centre stack is an 8.8- or 10.1-in full-colour infotainment display and below it an 8.6-in centre console screen for climate control, convenience functions and text input.

There are a bewildering number of ways to mix and match everything from self-learning regular driving routes to Parking Pilot to Garage Pilot, where the A6 can literally hunt out a spot and park itself.

And “standout” aptly describes the look of the A6, with styling cues from the A7/A8 evident in the way the body looks shrink wrapped with as few character lines as possible, making the overall appearance sleek.

At this writing, features and options were not set in stone, but an Audi Canada official said, “If you look at the A7 you can get an idea of packaging and options.”

As for pricing, that too is still in the works and will be announced closer to launch in the fourth quarter. 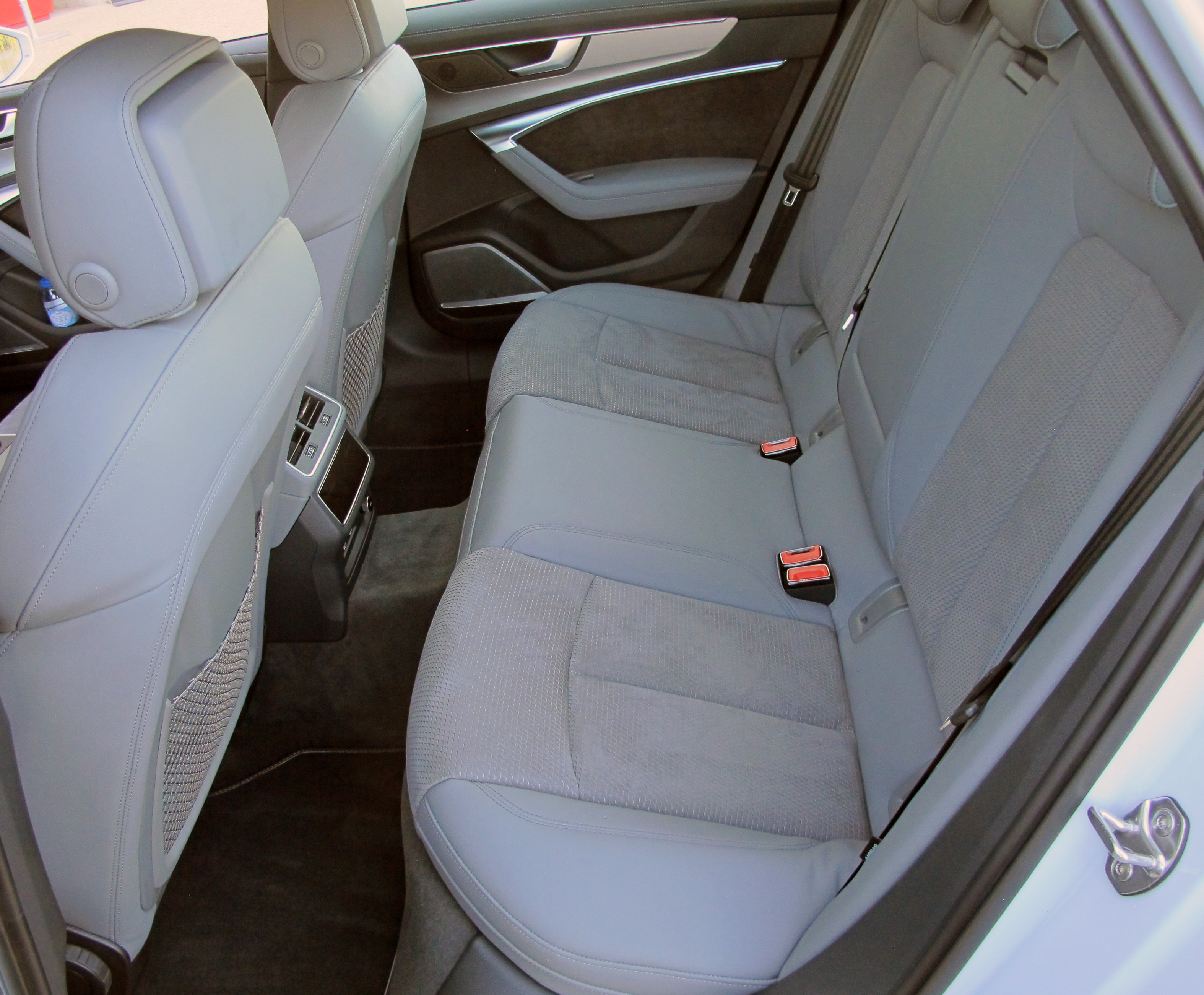 PRICE: TBA prior to launch 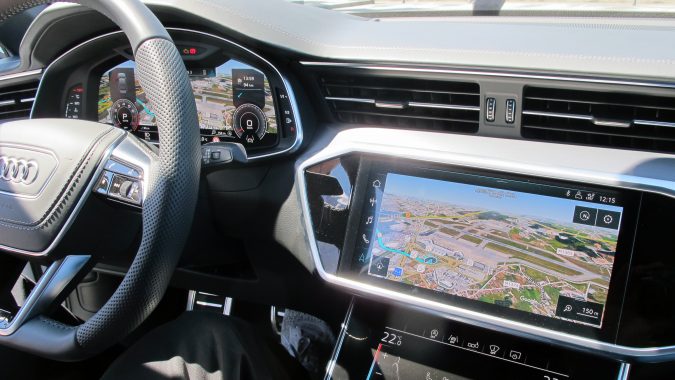 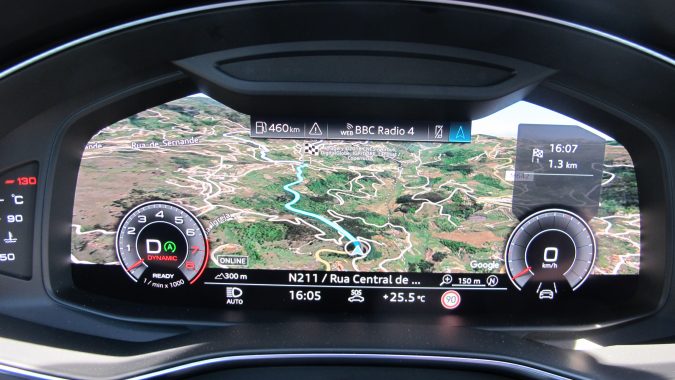 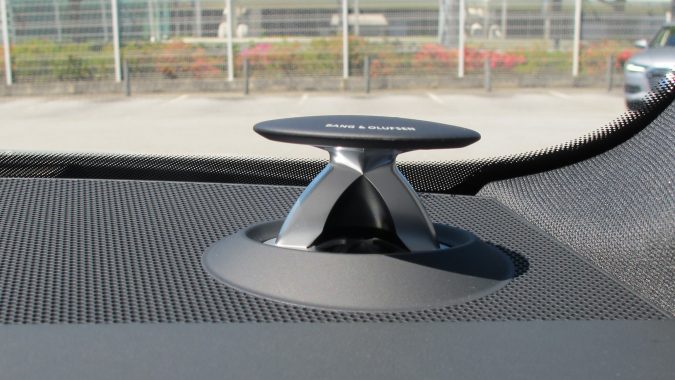 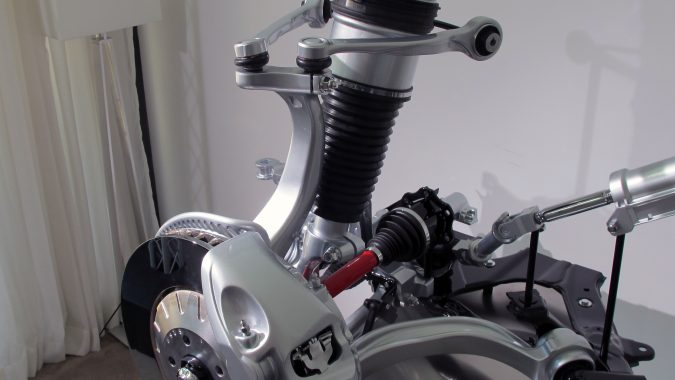 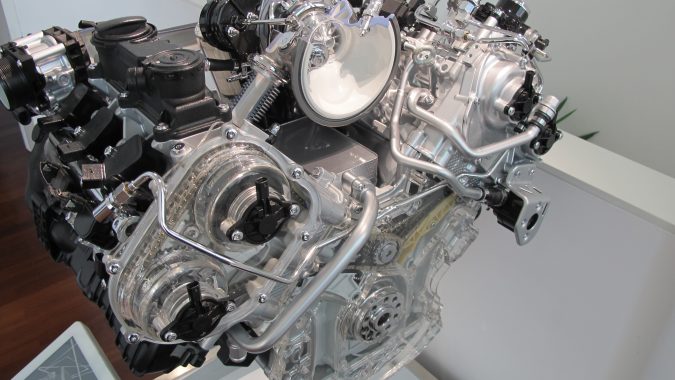 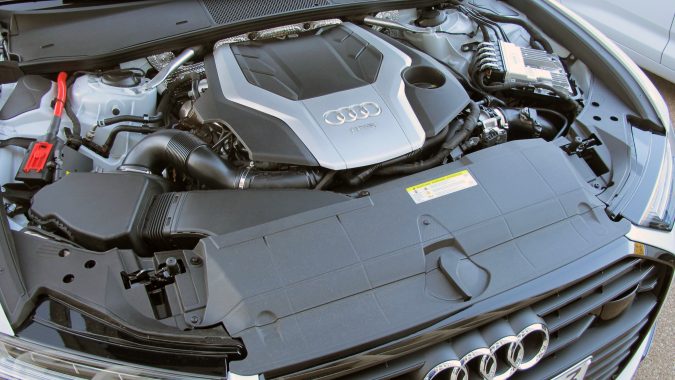