Is the new Acura NSX Worth Your Hard-Earned Money?

Acura’s supercar is still among us, still very expensive, and very rare

The return of the Acura NSX was received with a lot of hype and some disappointment.  While many praised the car for its innovative hybrid technology, which, when it was launched back in 2016, had only been seen on millionaire-owned hypercars like the Porsche 918 Spyder or the McLaren P1, the NSX was unfortunately accused of being way too expensive for what it offered.

Also, after an eleven-year hiatus, teasing everyone with concept car, after concept car, and traversing one of the longest automotive gestations the industry has ever witnessed, it simply felt like too little, too late.

Acura’s supercar is still among us, still very expensive, and very rare. The big question: is it actually worth its $200,000 sticker price?

It is. But there’s a catch.

Let’s begin with the cold, hard facts: for roughly the same price as an Acura NSX with a few options, you could buy an Audi R8, or a Porsche 911 Turbo S, cars that not only wear more prestigious badges, but that will provide just as, if not more performance around a racetrack. Or worse even, a BMW M5 five-seater sedan, will outrun this angular exotic in both 0-100 km/h sprints and quarter-mile times.

Or even worse; there’s a new mid-engine Chevrolet Corvette C8 on the prowl which provides similar performance, but for half the price of the fancy Honda. Ouch. 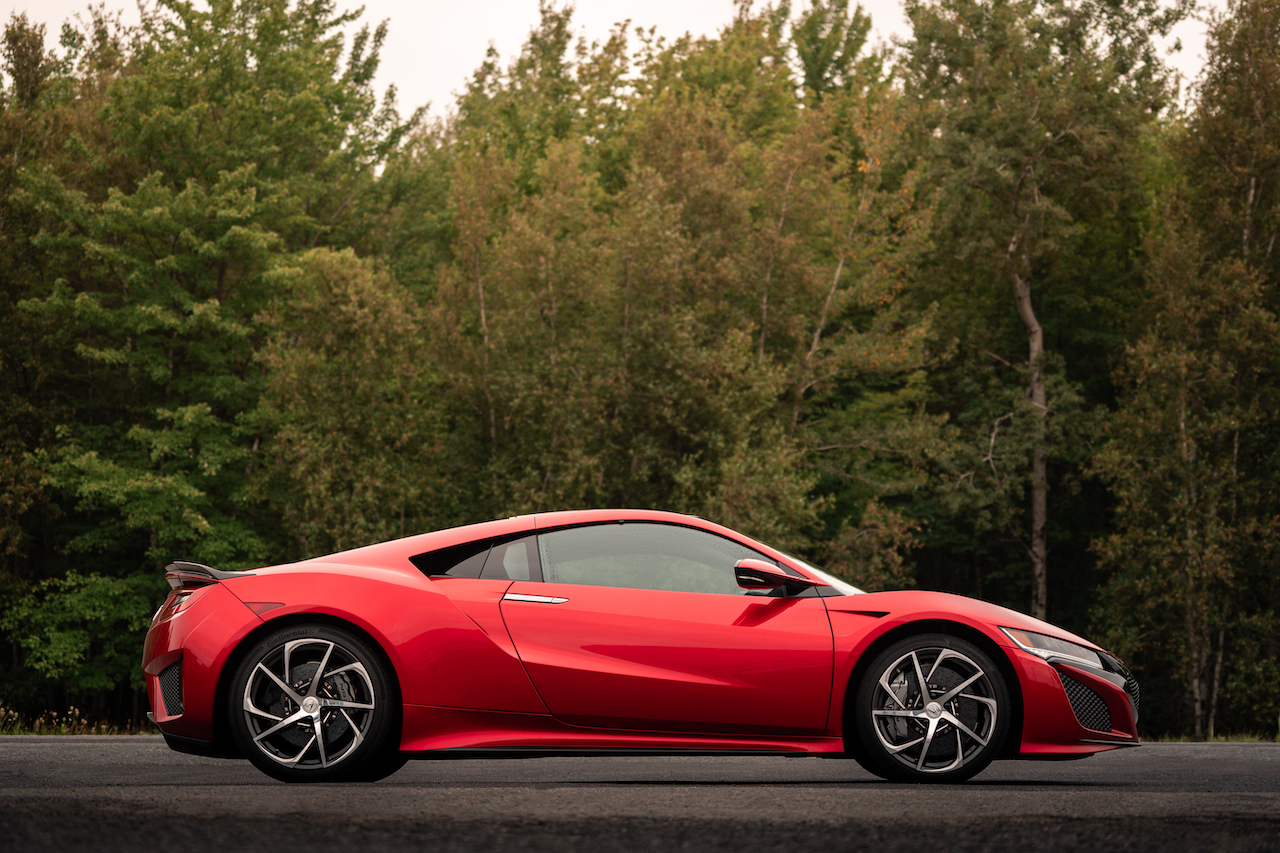 The thing is, the Acura NSX is not a car to be compared. It’s not even a car Acura is trying to sell. It’s here to showcase what it can engineer in the 21st century, the continuation of a performance legacy that dates back to the very first S500 roadster Soichiro Honda signed off on back in the early 1960s.

After all, the original NSX had a similar mission; to show the world that the Japanese giant is capable of blending supercar performance with the user-friendliness of a Honda. While the new NSX doesn’t redefine the supercar like its ancestor did, it fulfills the exact same job, all while redefining the Acura brand.

Mechanically, the thing is still a masterpiece, even three years after its release. The car you see here is actually a 2018 model. For some unknown reason, this is what Acura loaned us for the sake of this review, and not the 2019 “facelift” variant, which received subtle but substantial tweaks such as the deletion of the controversial chrome beak and slight alterations to the vehicle’s suspension tuning, hybrid calibration, and available packages.

Basically, Acura now promises to give you more standard equipment for your hard-earned money.

That said, the NSX’s core remains the same. It’s a mashup of mechanical and digital components working together in unison to create what is still one of the most accomplished supercars of the modern age. Sitting behind the rear seats, in a mid-ship configuration, is a twin-turbocharged 3.5-liter V6. Lodged between it and a nine-speed dual-clutch automatic gearbox is a tiny electric motor. So it’s a hybrid.

But it doesn’t end there. Two extra electric motors, one for each front wheel, provide torque-vectoring all-wheel-drive. Total combined horsepower is 573 horsepower and 476 lb-ft of torque. Acura claims a 0 to 100 km/h time achieved in less than 3.3 seconds thanks to launch control. And yes, the NSX will drive in full electric mode, but only for short distances. Its lithium-ion battery pack is self-sufficient, which means it doesn’t need to be plugged-in. 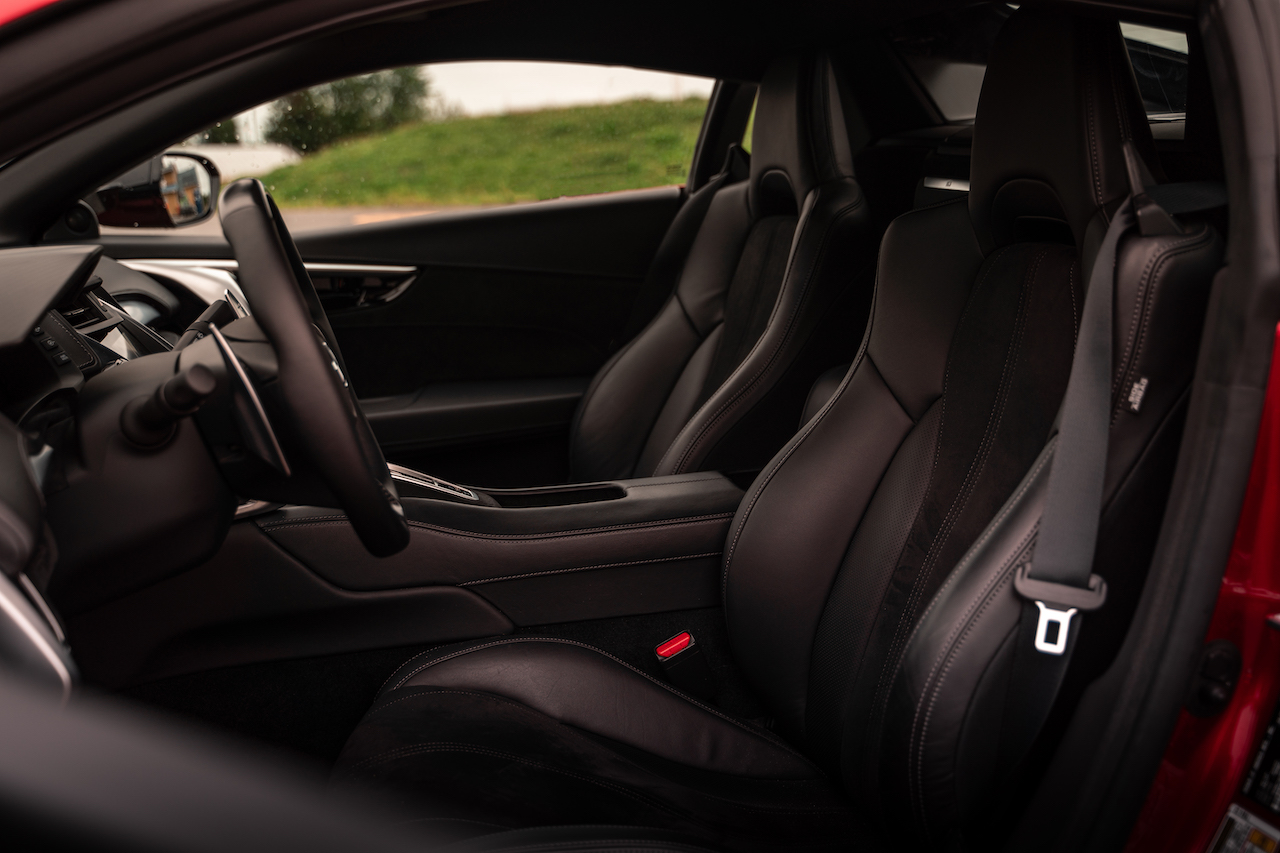 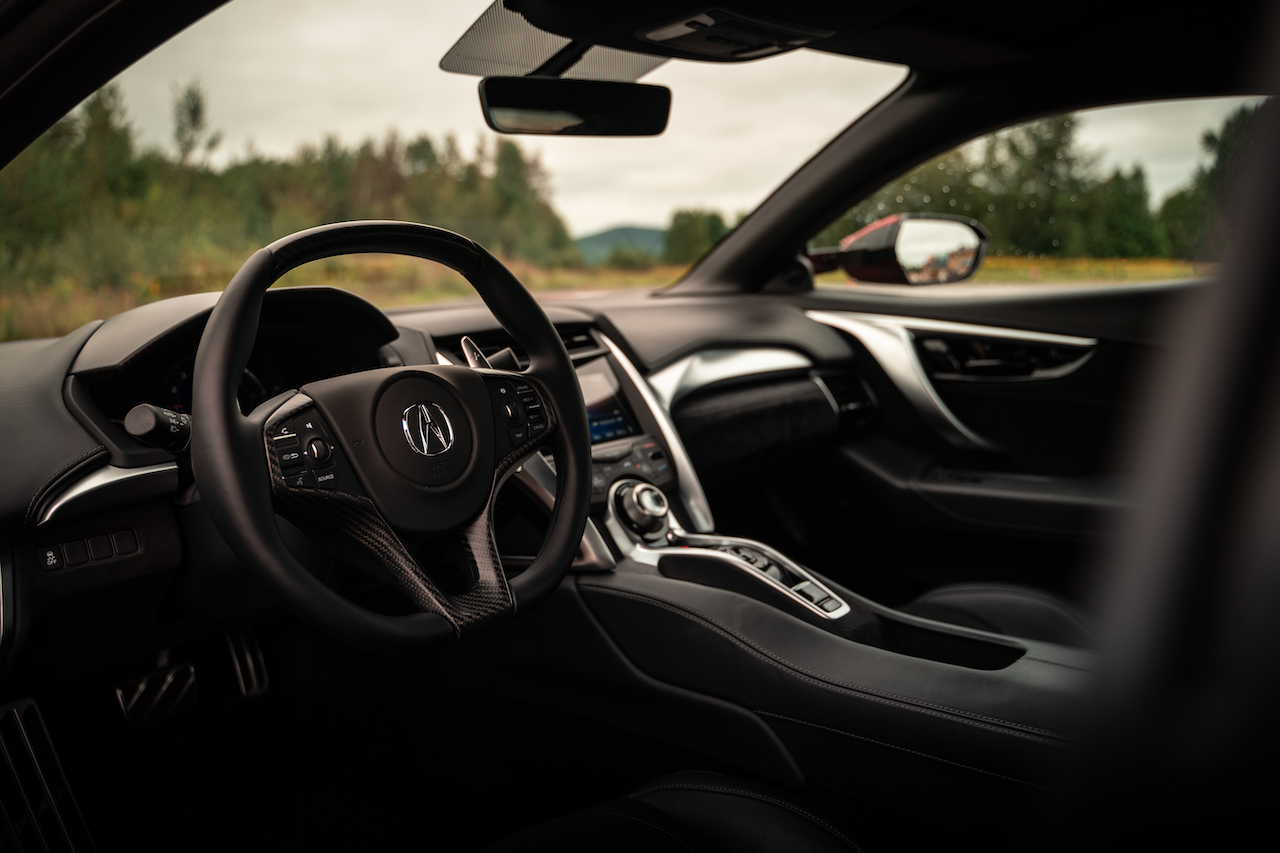 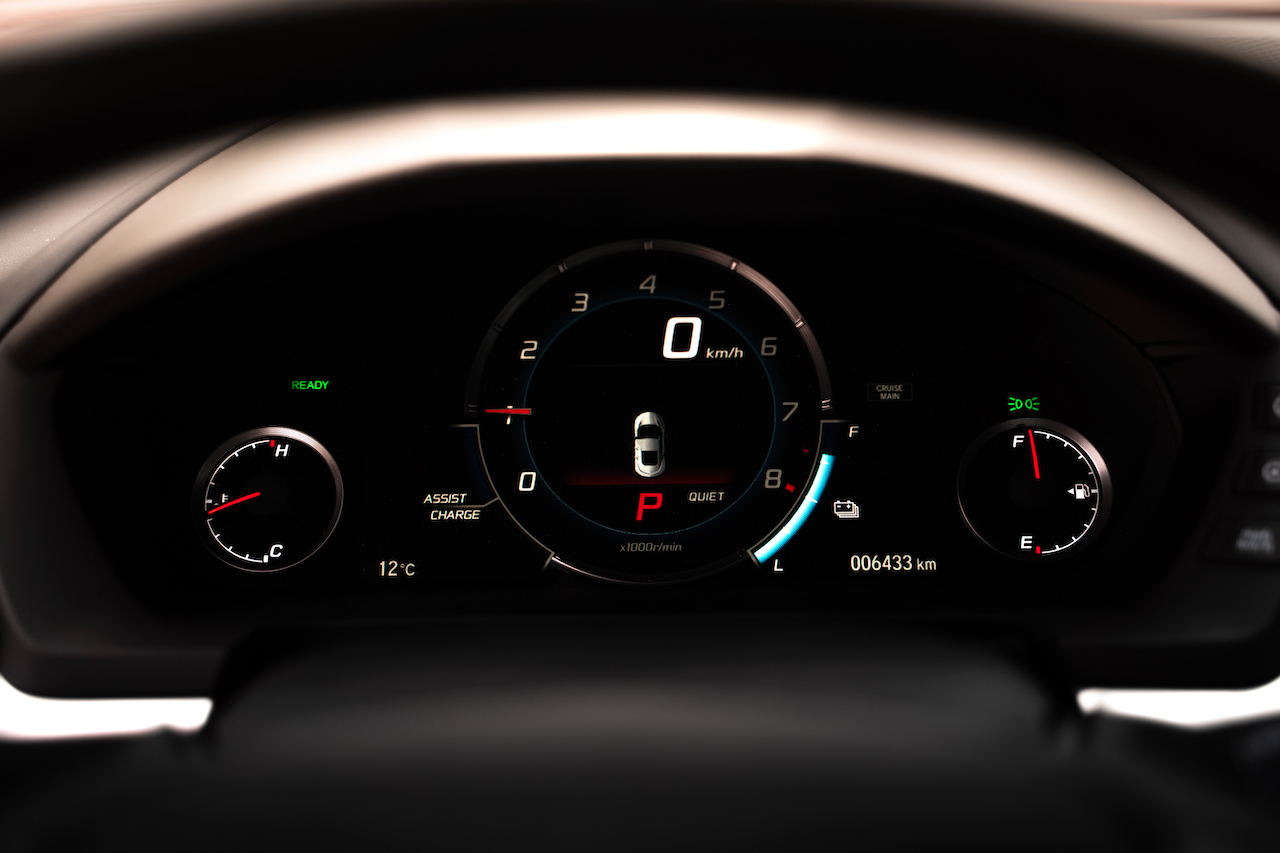 The immediate sensation when strapping yourself into an NSX, is that, yes, it does feel a lot more user-friendly than your typical McLaren or Lamborghini. And while tall passengers will easily bump their heads on the low roofline, the seating position is surprisingly great, with acceptable head, shoulder, and headroom for both driver and passenger. Visibility, like the original car – which I happened to have next to it during this test drive -, is fantastic thanks to very thin A-pillars and a sensation of sitting at the tip of an arrow. In that respect, Acura has done a bang-up job of mimicking the old car’s qualities.

Cabin design and material quality is good, but not great. At least, not for a car of this price range. It’s good enough, but just like its ancestor, you quickly spot the Civic-sourced toggle switches and chimes. Not to mention the god-awful button-less infotainment interface. On top of being a disaster to operate, my tester’s system had some worrying glitches. I’ve never seen an infotainment system show me its bios while attempting to change radio stations.

But these minor caveats quickly dissipate once you hit the road. As with all modern supercars, the NSX offers a variety of drive modes to flirt with its multiple personalities. Quiet mode is the most intriguing, as it allows you to creep away in all-electric propulsion for up to about 50 km/h. There’s something amusing about pulling up in a supercar that looks as loud as this NSX without making a sound.

While Sport mode is a full-on hybrid setup, alternating between petrol and electric propulsion as would a Toyota Prius, though, fuel economy is actually rather disappointing.

Sport+ and Track are where the fun is, which activate all available technology to provide maximum thrust and handling. In Track mode, traction control is removed, and the car is ready to trigger its launch control system for optimal acceleration. And yes, it’s bloody fast!

In its most violent calibration, the NSX simply squats down, waits for a half-second to figure out the best possible launch, and catapults into the distance in an efficient almost robotic manner. Accelerations are brutal, shifts are lightning quick, and because the electric motors apply what Acura calls torque-fill, acceleration remains constant, even during gear changes. 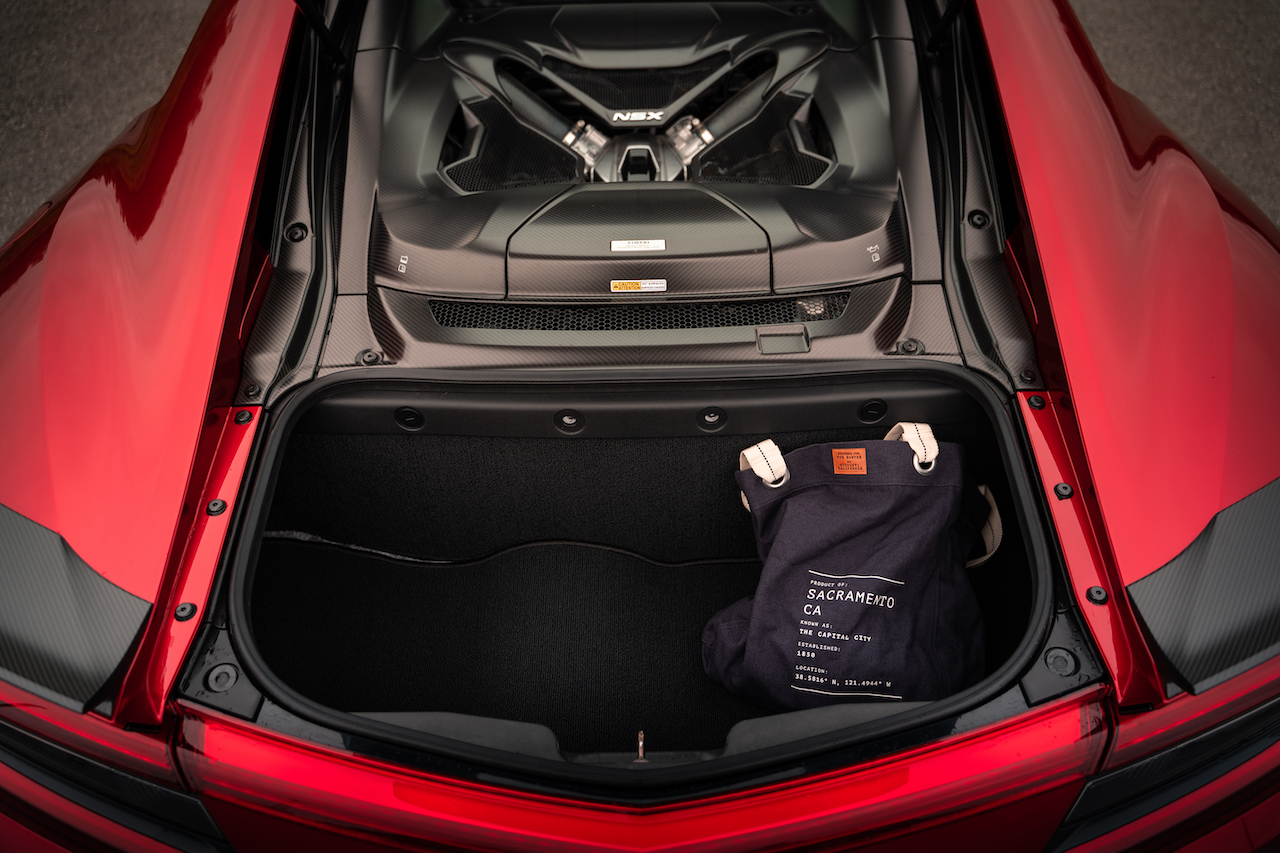 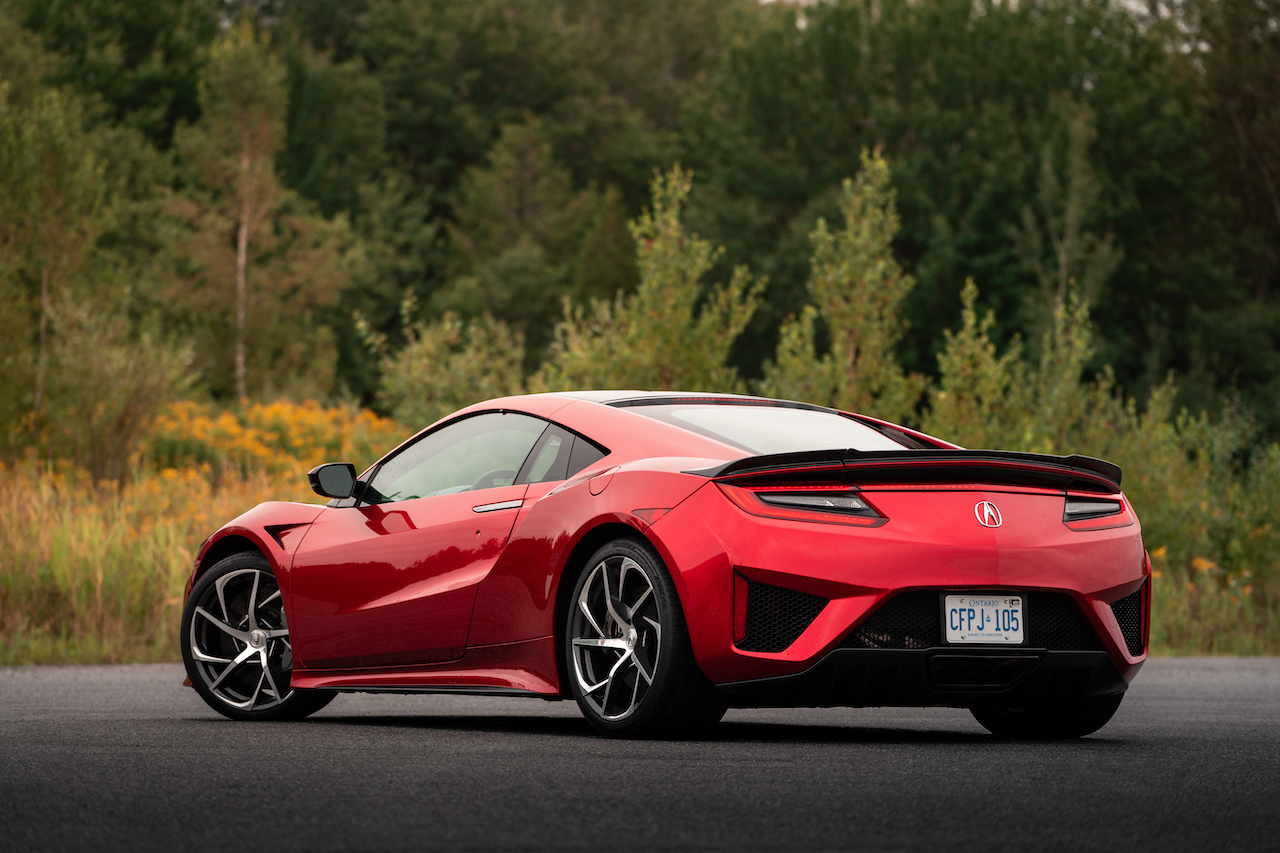 Meanwhile, that V6 engine screams and yelps behind your head. While not as mechanical as its predecessor, it’s a pleasing, if not slightly digitally enhanced melody that nevertheless encourages you to repeat the experience.

But where the NSX truly impressed me, was in its ability to remain analog even with all the fancy wizardry going on underneath my butt. Steering is lightning sharp, throttle response is immediate—an irony given it’s a throttle-by-wire system—and even the brake pedal, which isn’t physically connected to anything, feels like its applying pressure to an actual master cylinder.

Enter a corner hard, and the entire car grabs onto the tarmac to provide rotation. Immediately, you feel the all-wheel-drive system pulling you out of that apex in surgical precision. The NSX doesn’t accelerate; it warps to your next destination. And the great thing is that it’s never hard, complicated, nor scary.

I guess the obvious question at this point is the following: does the second-generation Acura NSX live up to its predecessor? The immediate answer would be that it would be impossible to duplicate the straight-forward, lightweight and mechanical conception of the original car.

The more thought-out response is that if the original NSX had been imagined 30 years into the future, this is the exact car we’d get. The issue at hand is that we’re now spoiled with a wide plethora of technologically advanced machines, which somewhat overshadow the NSX’s brilliance. So in that respect, no, it’s not a game-changer like the first car was.

So, is the Acura NSX worth your dollar? When looked at from a rational standpoint, it’s not. Why on Earth would anyone pay this kind of money for an Acura when Audi and Porsche are sitting not far away with similar performance, more prestige, and better thought-out infotainment systems? It doesn’t make sense.

But if you’re in the market for a totally unique, exclusive, fast and bonkers-fun supercar that’ll probably gain tremendous resale value, then yes, the Acura NSX is an absolute marvel of an automobile. 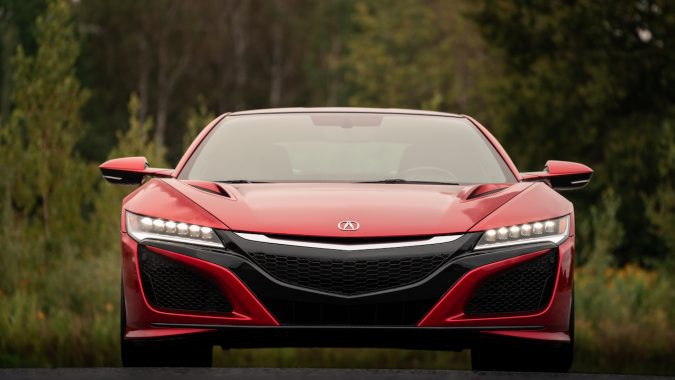 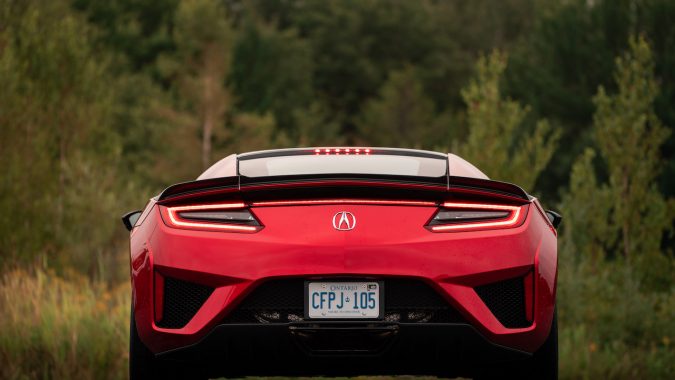 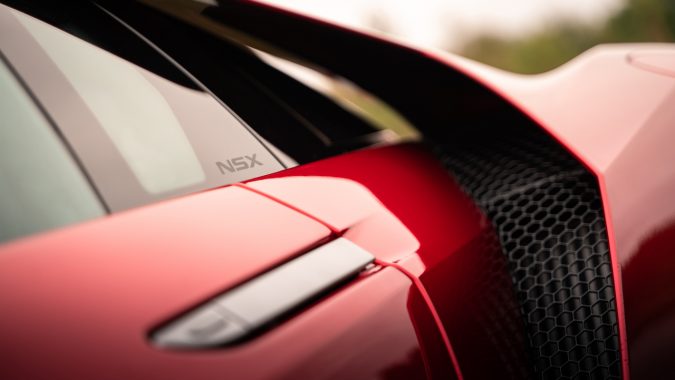 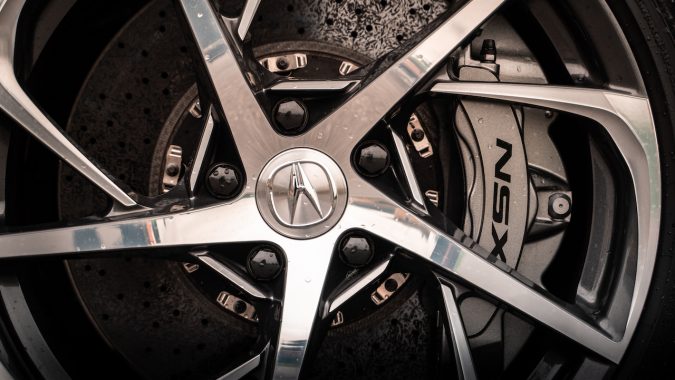 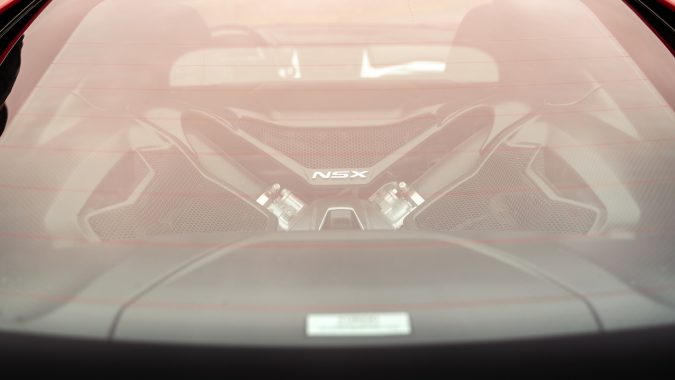 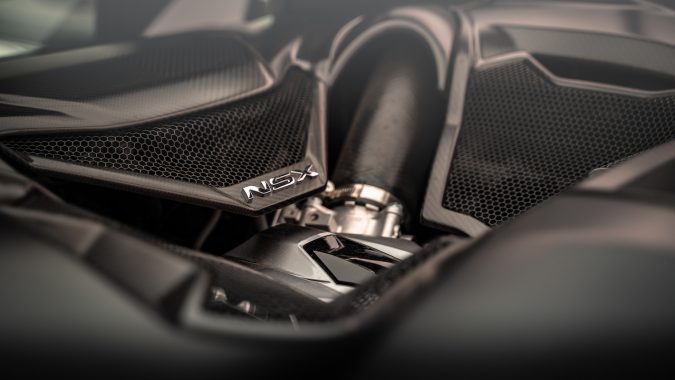 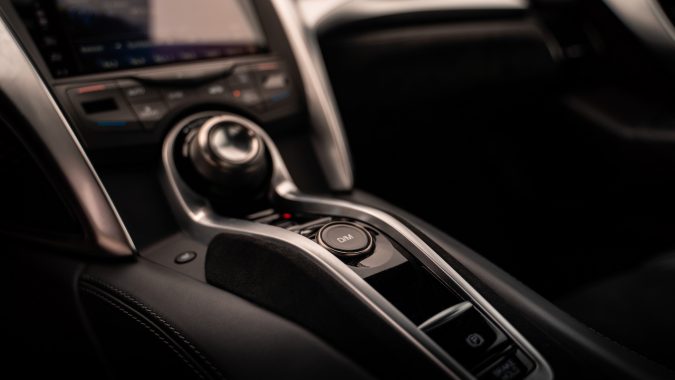 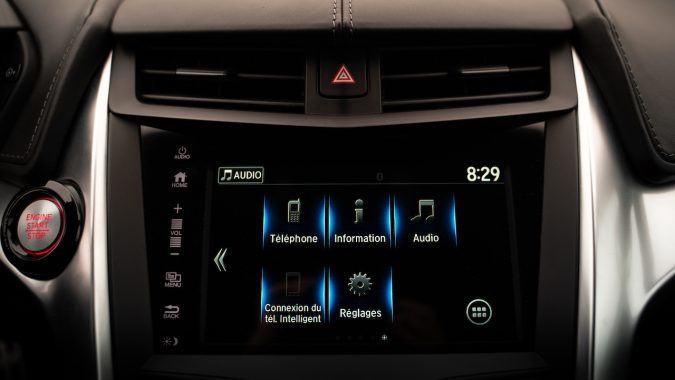 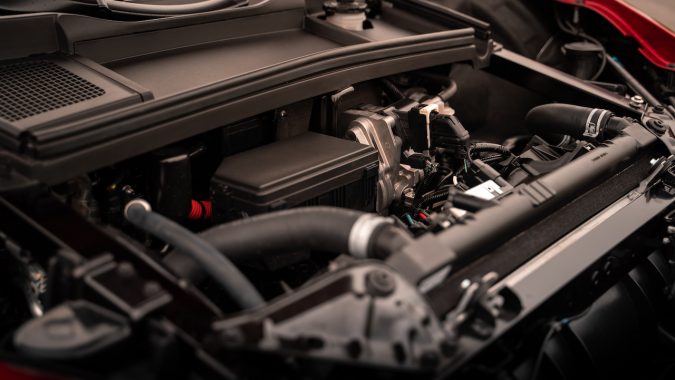 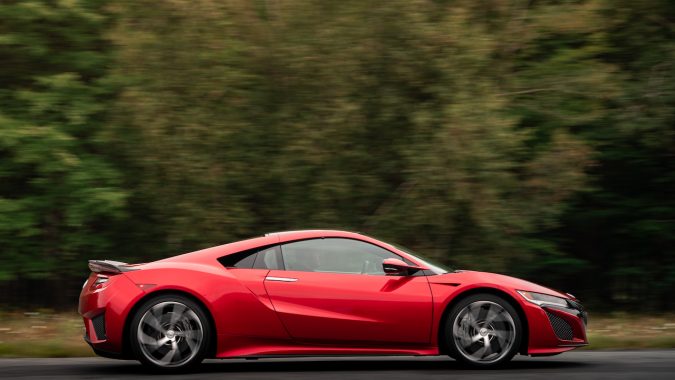