A BMW for All Seasons, All Reasons

You know the 2017 xDrive35i is a BMW right away from the classic twin kidney grille and generous use of window glass. Drive the xDrive35i and you see why the combination of power, luxury and utility has made it such a popular model in the BMW lineup.

When BMW saw the rise of the luxury SUV/CUV, it was quick to react, bringing out the X5 almost 20 years ago.

The argument about what is a SUV or a CUV still rages. But to my mind, a SUV is a truck-based ladder frame with body attached, while a CUV is a car-derived platform, usually unibody.

So when BMW launched the X5 in 1999, it called the new model a Sports Activity Vehicle (SAV).

Call it what you will, but X5 is now in its third generation and one of BMW’s core sellers. 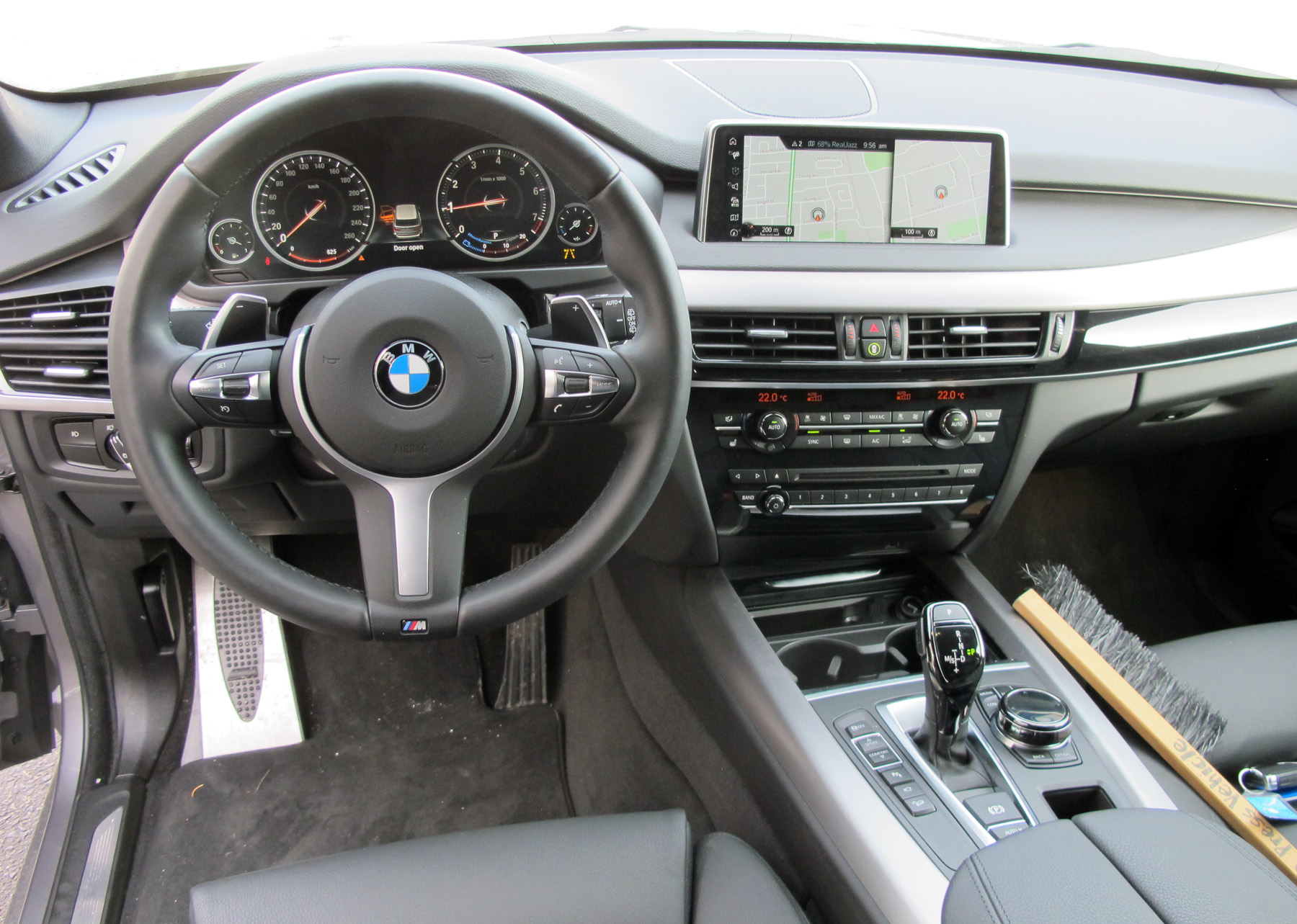 There are several ways to acquire a X5, starting with this week’s tester, the xDrive35i with a 3.0-litre inline, six-cylinder featuring BMW TwinPower (twin turbo, direct injection) producing 300 and 300 lb/ft of torque with eight-speed transmission and standard all-wheel-drive.

The next main X5 model is the xDrive50i with a 4.4-litre TwinPower V8 pumping out 445 hp and 479 lb/ft, sharing the same transmission and AWD.

The other models are the diesel X5 xDrive35d and the hybrid X5 xDrive40e — again all with eight-speed automatic and AWD. 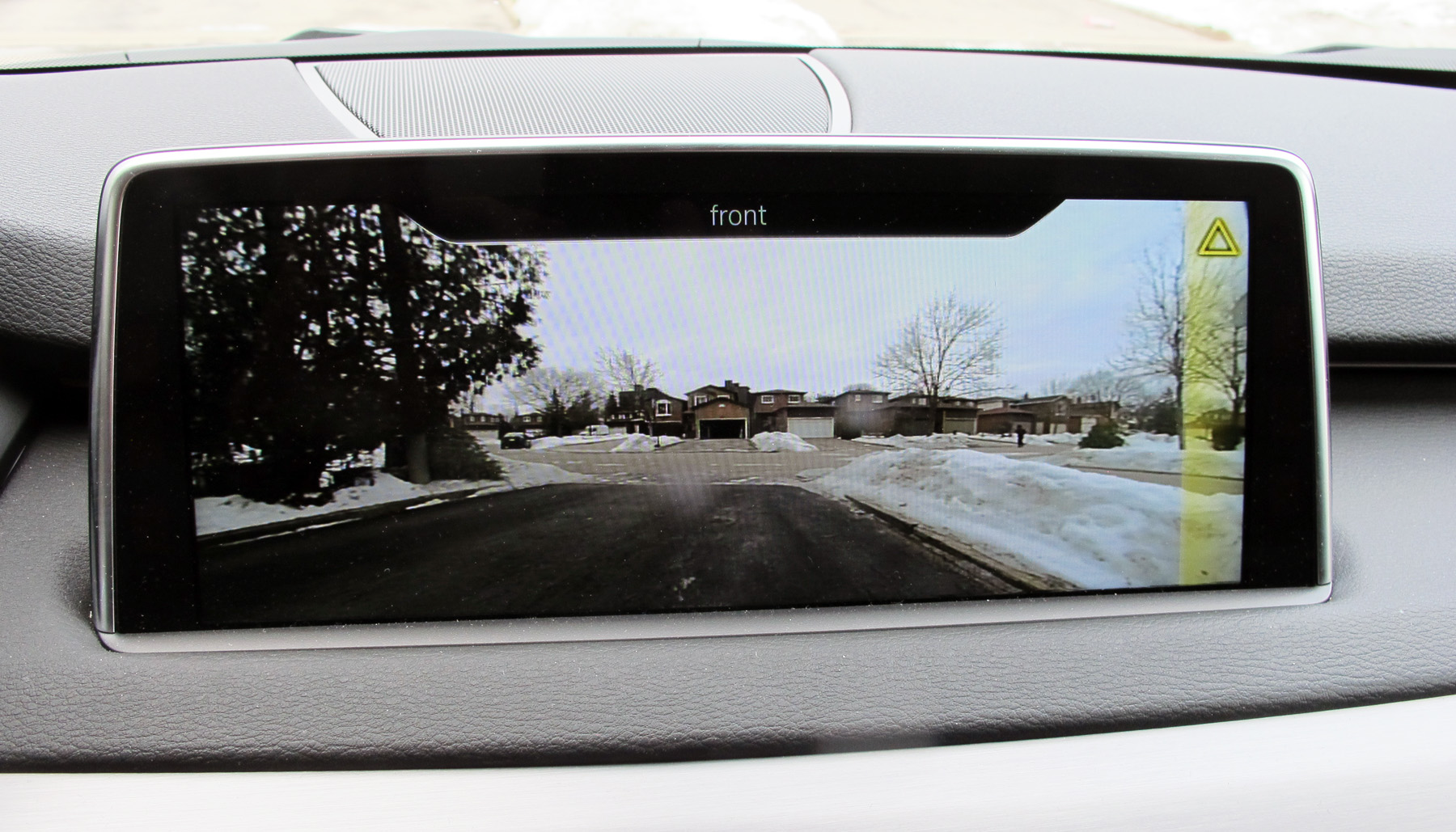 To the AWD system can be added the Dynamic Performance Control integrated with optional Dynamic Handling Package, which also includes Active Roll Stabilization as well as Dynamic Damper Control and rear-axle air suspension.

While the X5 is considered mid-size, it looks much larger due mostly to the aggressive styling, large tires, height and large windows.

The classic BMW “kidney grille” is still there, but the four round headlights cluster with signature LED surrounds is extended to touch the grille. Adaptive Xenon lights are standard with LED headlights optional. Foglights are LED and standard.

Air Curtains are used to reduce aero drag and route air around the front wheels where it flows over the top and sides and is extracted through air vents on either side of the front fenders.

Fitted out in Space Grey Metallic paint, the xDrive35i, as tested here, was set off nicely thanks to the M Performance Package II ($5,900) that includes carbon fibre front splitter, high-gloss black dual kidney grilles, carbon fibre side mirrors, carbon fibre rear diffuser and – the killer – the M Performance Exhaust that adds 20 more hp and 323 lb/ft of torque and ups the 0-100 km/h time by 0.5 seconds.

Functionality has been a cornerstone of the X5 since the first model and the third generation improves on that, starting with a new, 40/20/40 split rear seat with a backrest adjustment of 10 degrees and fore/aft slide of 80 mm. There is 650 litres of cargo space behind the second row 40:20:40 seat and 1,870 litres with it folded.

Standard is a split two-section tailgate where the bottom can be swung down to create a single level load surface.

The upper portion is powered as standard and for the first time, the entire tailgate can be opened and closed by the remote from the front seats. 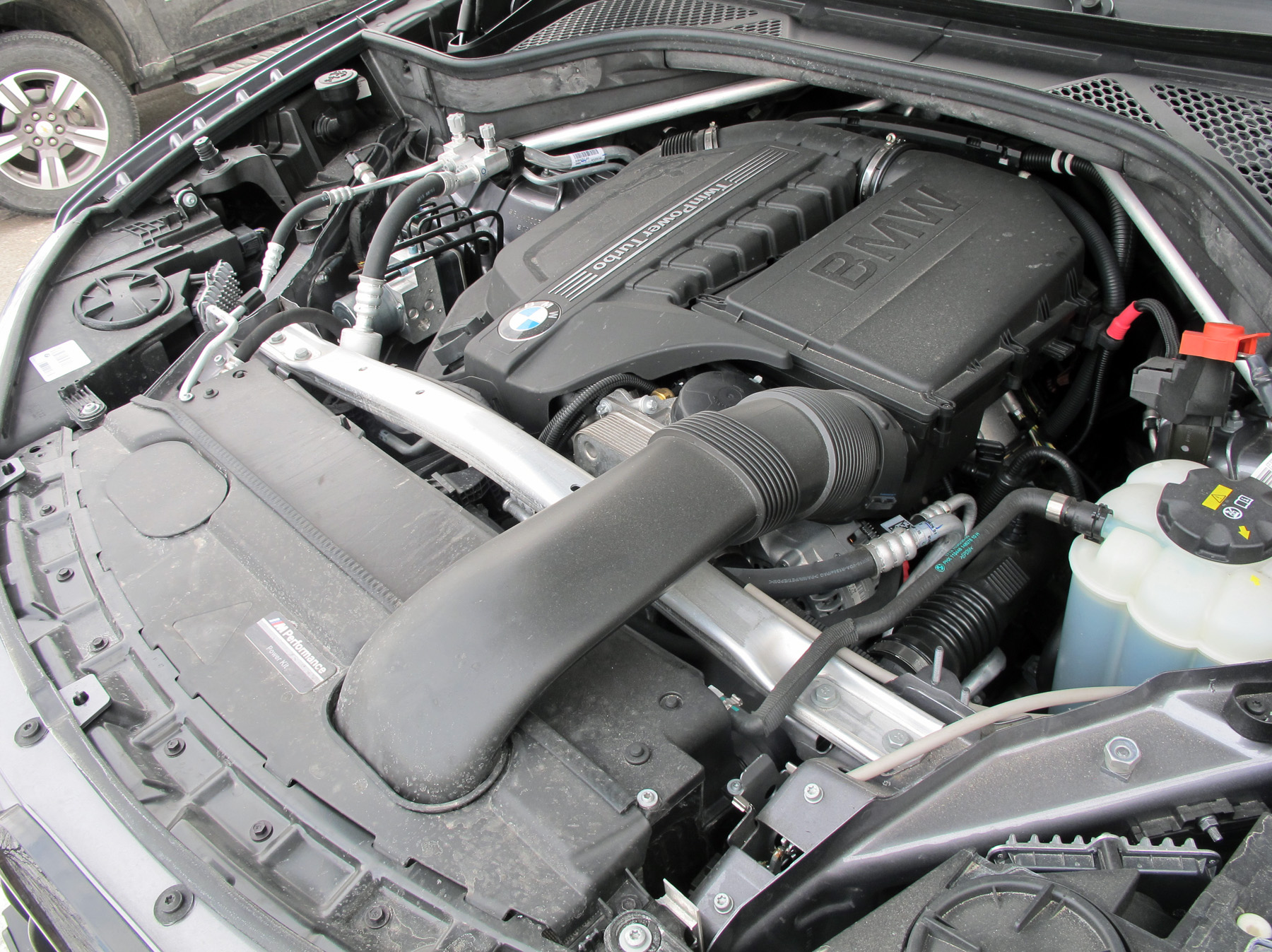 Suspension is double wishbones at the front and a multi-link independent setup at the rear.

The X5 was more than a match for the first snowfall of the season and a perfect excuse to head north towards Ontario’s Blue Mountain area.

Getting there provides a great mix of four-lane highway, rolling two-lane secondary highway and in-town urban driving, which is why I use this test route a lot.

Get in the driver’s seat and you have a commanding view of the road ahead. The newly designed adjustable front seats have no less than 12 buttons and rocker switches.

Times may have changed, but BMW does not mess around with control placement. Get in a BMW today and there’s still a big speedo on the left and tach on the right with stalks just a hand’s length away.

Anybody who has ever owned a BMW will feel right at home behind the steering wheel.

Today’s turbos, especially the twin-scroll kind, run rather quietly. But thanks to the M Sport Exhaust, you get a little more power and torque plus a satisfying guttural sound even when just idling or passing through the coffee shop drive-thru.

On the highway, the X5 ambles along without breaking a sweat. But prod the gas and it vaults forward – such is the almost immediate power of the two turbos. 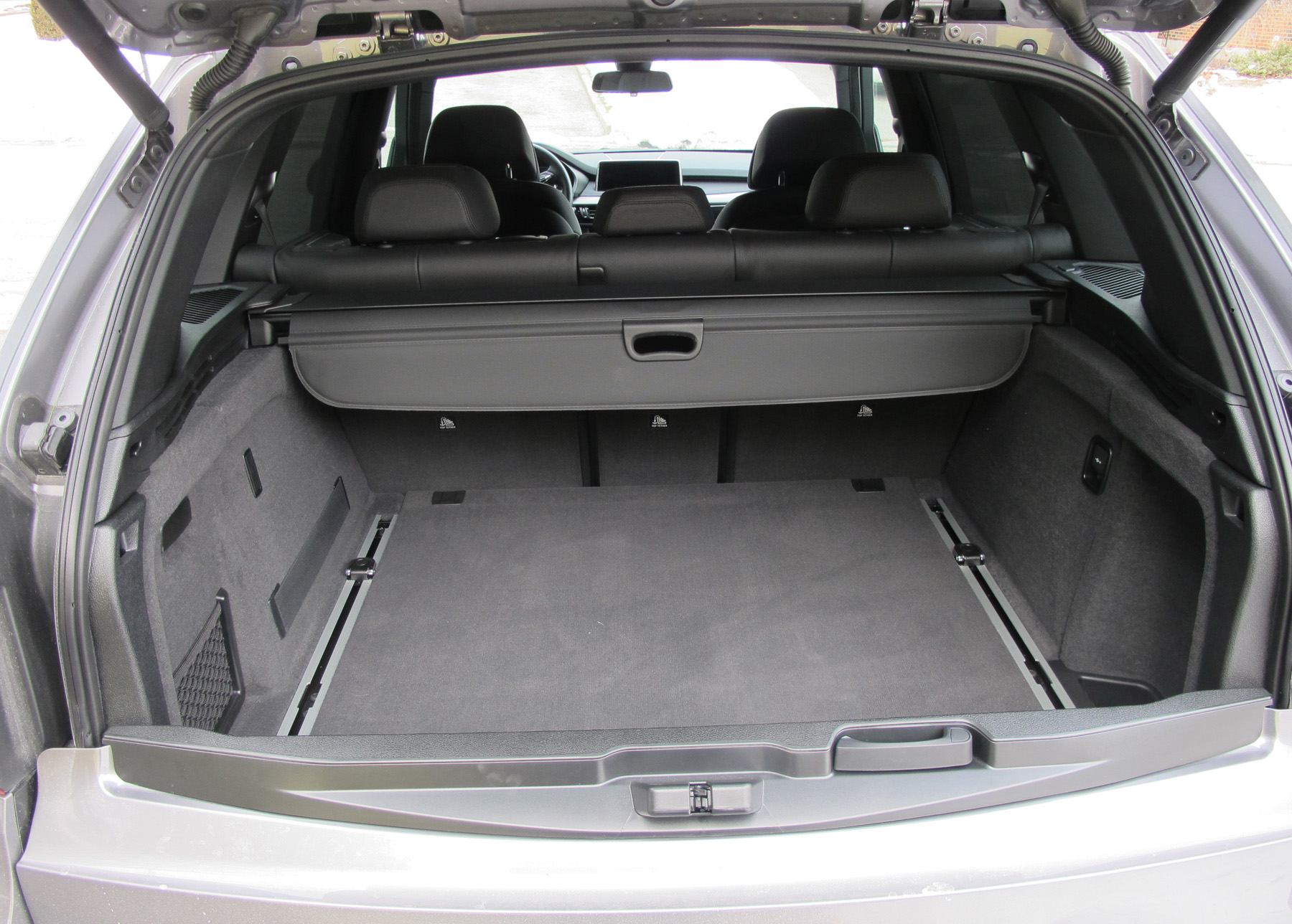 In tight town traffic, the X5 drives more like a car (albeit a tall one) even thought it has a gross weight of 2,799 kg.

Drive the xDrive35i and you see why the combination of power, luxury and utility has made it such a popular model in the BMW lineup. 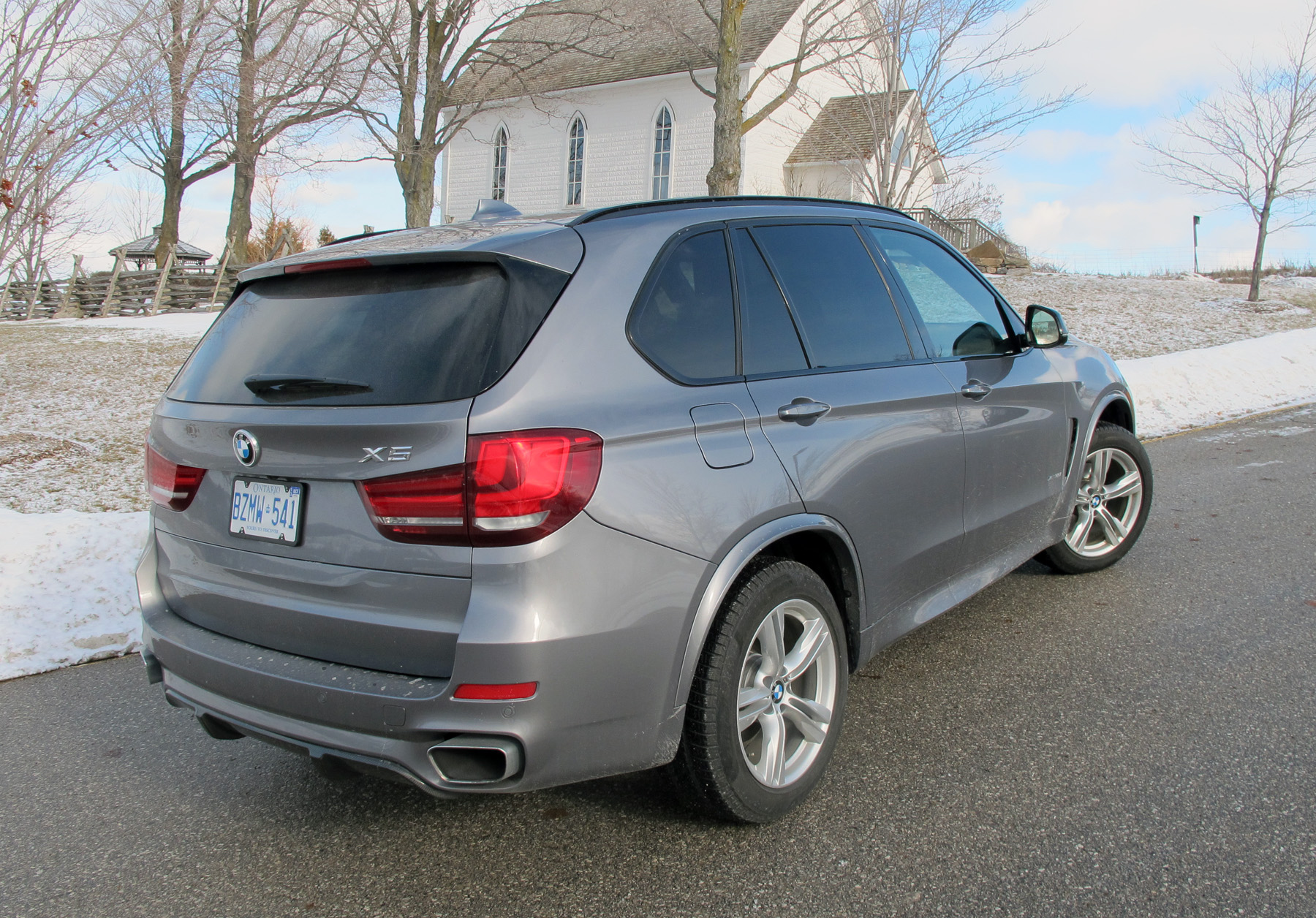