2021 heralded a refresh on Lexus’ meat and potatoes product, the IS sedan — a vehicle so ubiquitous and popular, that it’s truly difficult to decide on which merits to judge it.

Do you judge it as a sports sedan? Examining its level of performance at its price point? Or is it about luxury? Convenience? Comfort? Efficiency? Technology?

Those all sort of seem like moot points. The spec-sheet shopper will find their way to the less expensive and more powerful Audi A4. The badgeless bargain hunter will lean towards the Genesis G70. The performance nut has already bought and paid for their Acura TLX Type-S and the tech heads will flock to Tesla, price be damned.

So why would you get the Lexus? What does Lexus really do best? What does the brand stand for and what should the expectation be when you buy into it?

That’s Lexus’ party piece. That’s what the brand stands for. Not gotti luxury or obnoxious, abrasive power. The Lexus brand means “refinement”. It always has.

That refinement is immediately apparent in products like the aspirational ES or mad money LS sedans. But the important question for our purposes is, “Is that refinement present in the most accessible car in the Lexus lineup; the IS 300 RWD?” 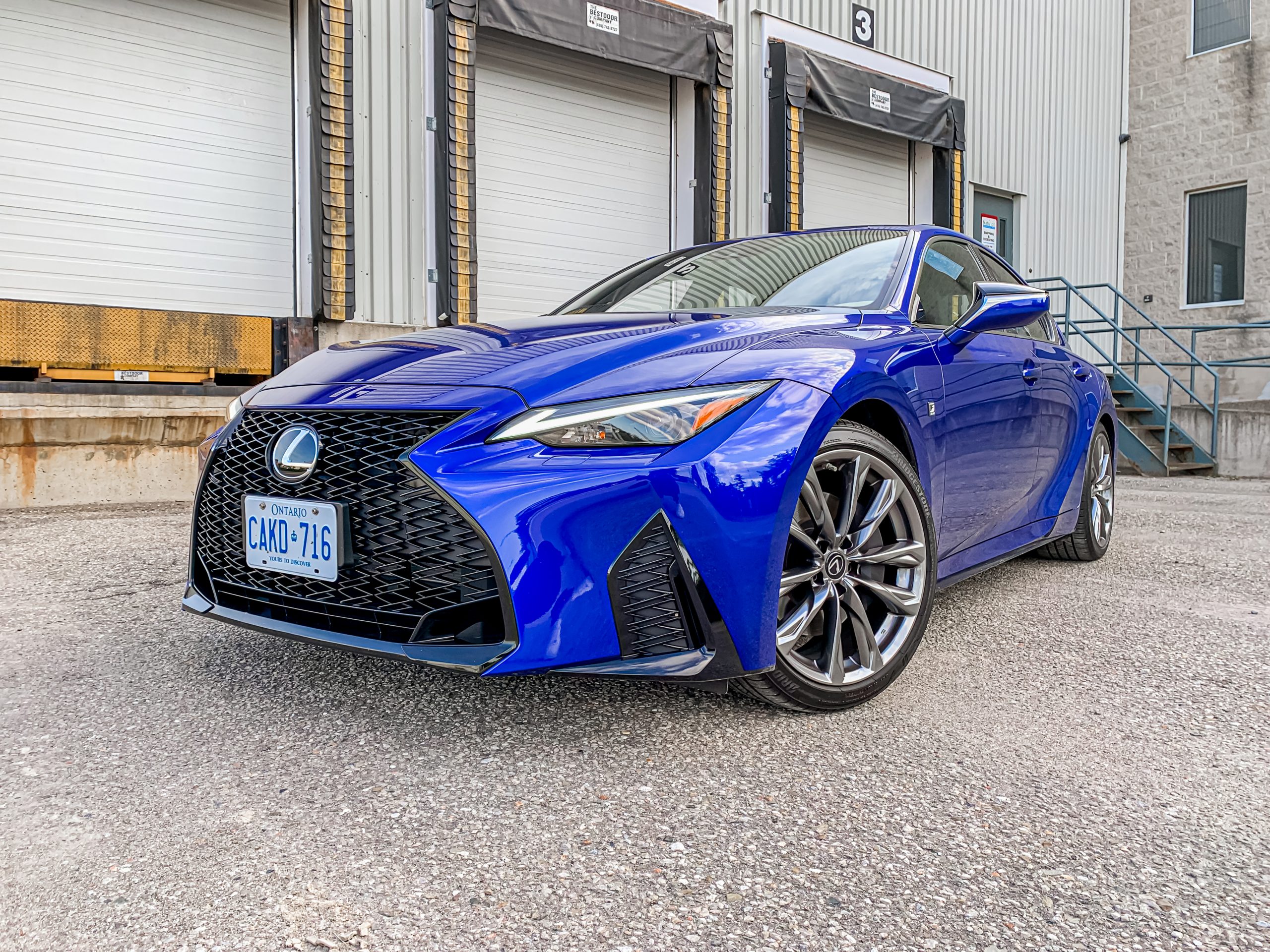 However, if there’s any serious criticism to be levied against Lexus as a brand, it’s perhaps that they are masters of perceived obsolescence which has reared its ugly head in the 2021 IS 300 RWD.

While the IS may have received a significant exterior refresh — doubling down on its uber-modern sharp angles, jelly-bean silhouette, whale mouth-sized grill, piano black accents and massive LED front headlights—the drivetrain of the car hasn’t changed since 2016.

This isn’t necessarily a bad thing.The 300 RWD motivates to 100 km/h in under six seconds and our tester had no trouble matching Lexus’ claimed fuel efficiency average of 9.3 L/100km.

You’ll also never get tired of watching the LFA-inspired digital tachometer in your gauge cluster bounce off the rev-limiter. Never. 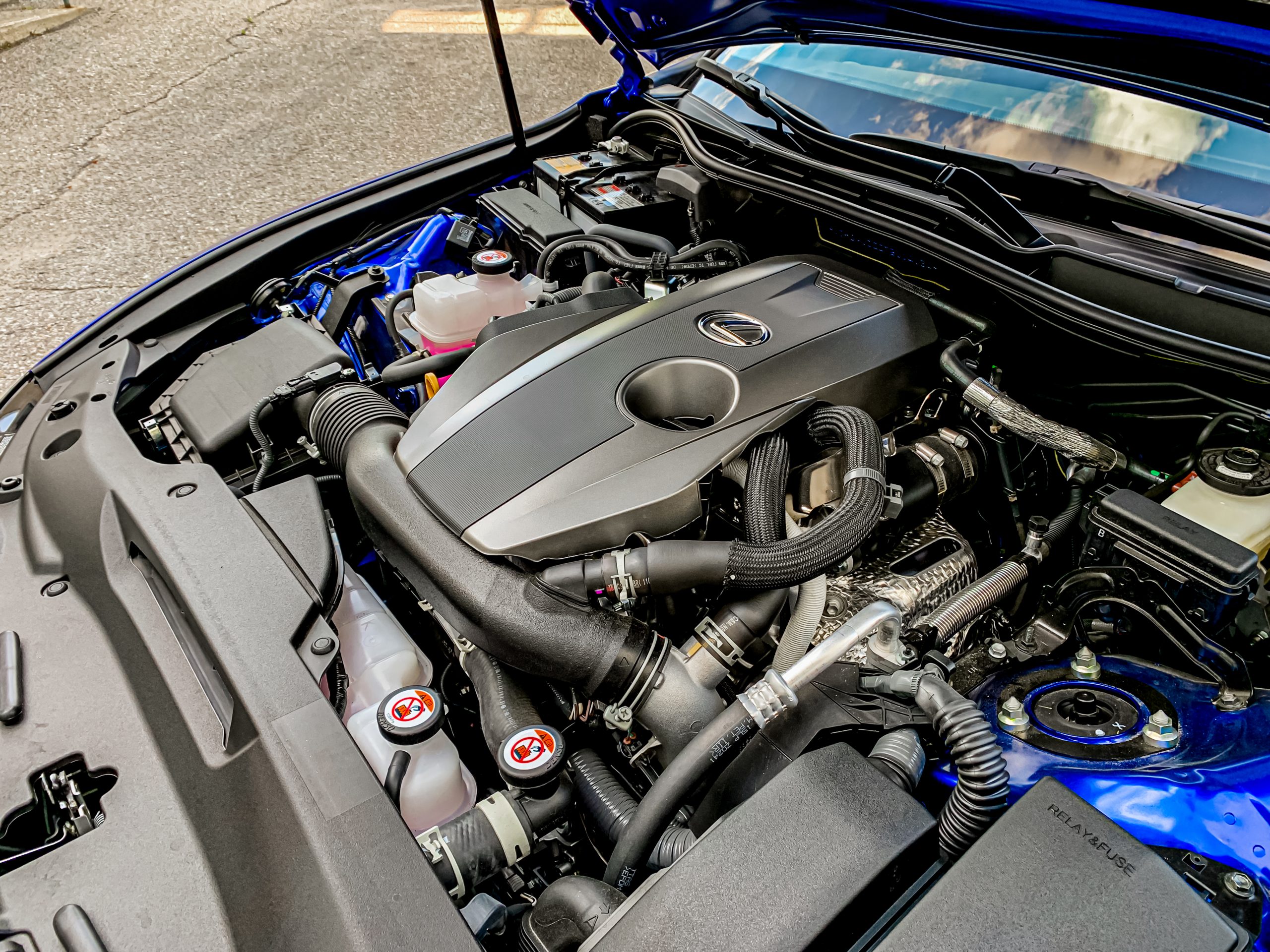 More is unchanged. The entry-level IS still features a multi-link rear suspension and double wishbone front. Again, not really an issue as the IS still rides beautifully when driving normally and soaks up corners with ease when driving spiritedly.

It’s not the most thrilling car in the world to drive fast, but I don’t think that’s what Lexus was going for here. I think they were going for accessibility and a lack of drama with just a touch of flair. In which case, mission accomplished. 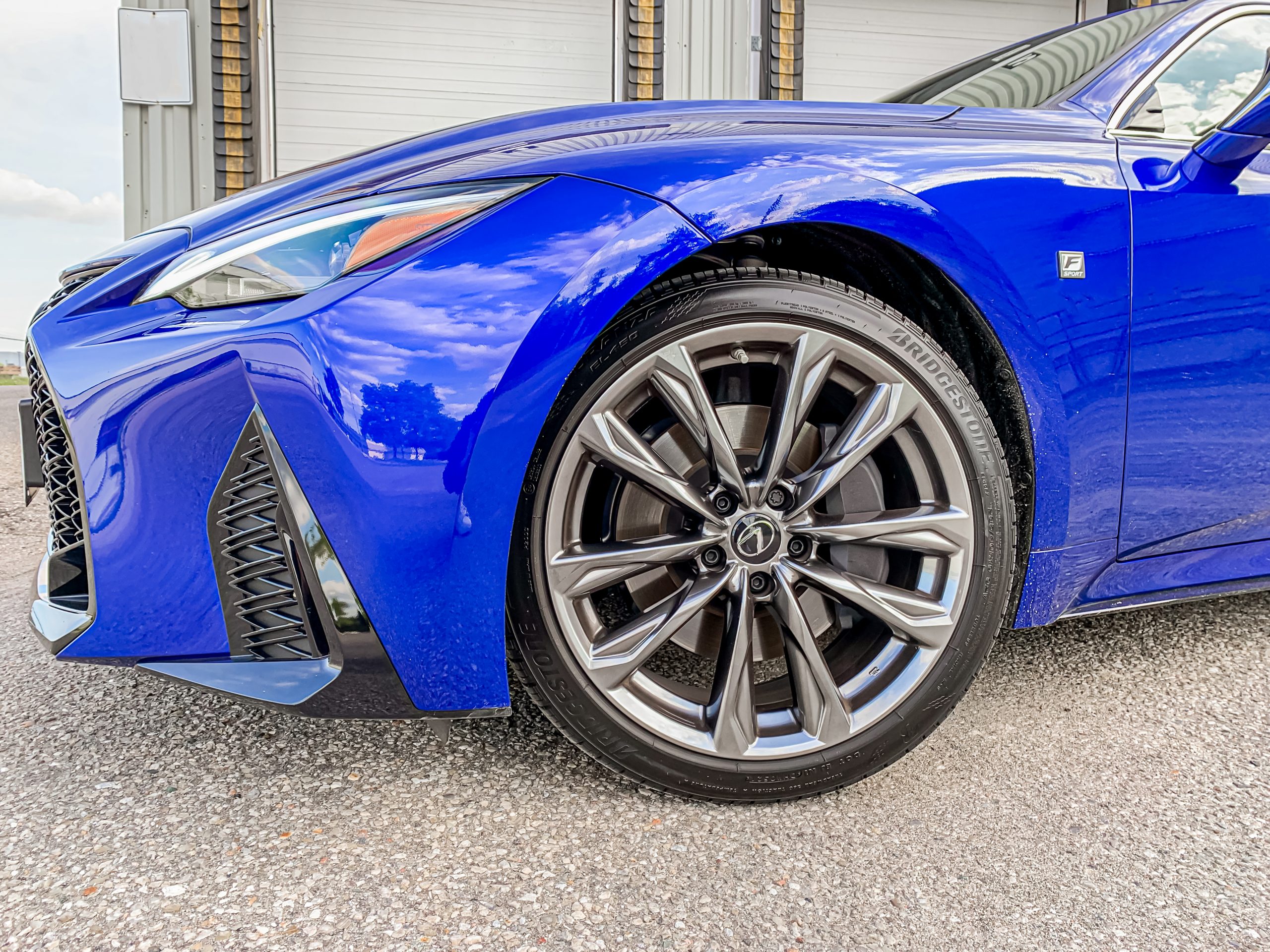 If there’s any real chagrin to be had on the performance front, it’s the knowledge that Toyota could have gone much, much further in the “fun” department.

The steering is well-tuned, sure. And the power delivery is meaty enough for the layman. But if I’m being perfectly honest? The IS reminds me a lot of driving a BMW. The inputs are all just a beat behind. The throttle feels a tad spongy if you’re really paying attention. Hell, the IS has even stolen BMW’s annoying dual-phase turn signals.

Ironically, the Toyota Supra is made of BMW parts and feels like a Toyota product when you start to push it, while the IS 300 is made totally of Toyota parts and feels a lot like BMW to drive fast. I think this might be the Lexus refinement mission working a little too well.

The IS 300 prioritizes sophistication over fun — and that might be okay in the AWD variant, but in the RWD car? It could have used a little more of Toyota’s signature tail-out shenanigans (which are, again, ironically present on all the Toyota sports cars which don’t utilize their own parts). 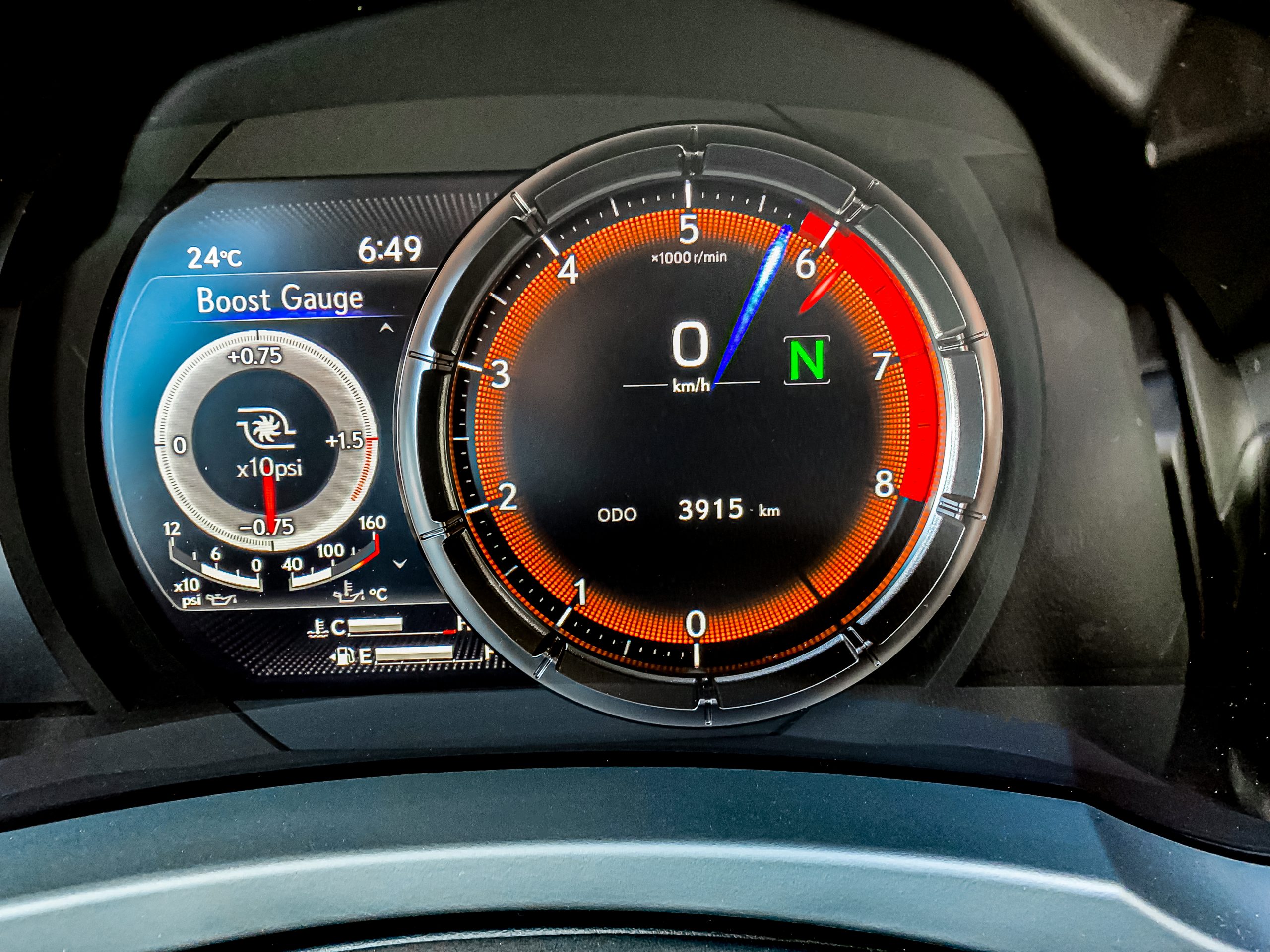 Inside, interior quality remains what you would expect of a Lexus at this price point — everything is soft, smooth, ergonomic and thick, without being unnecessarily lavish. There’s no suede headliner, for example. The NuLuxe seats remain some of the most comfortable I’ve ever tested — a feature which was, unfailingly, the first comment out of any passenger’s mouth upon putting their butt down in our tester.

Drivers will find a leather-wrapped steering wheel and shift knob as standard and picky passengers will rejoice with dual zone automatic climate control.

Strangely, heated front seats and a heated steering wheel are options reserved for higher trim levels and that really does feel like Lexus falling behind both the times and the competition. 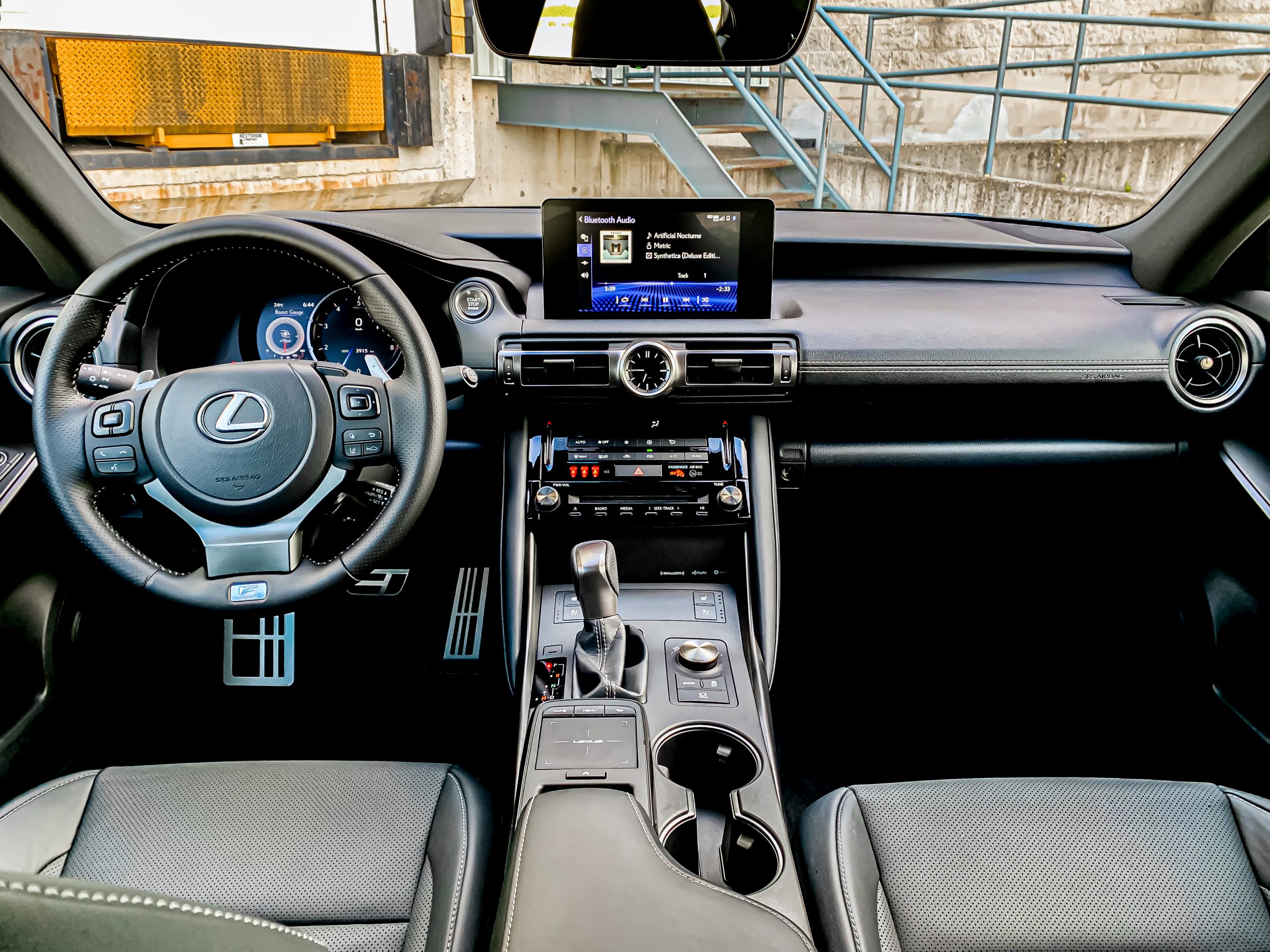 An 8″ multimedia screen is now standard, as well as Apple CarPlay and Android Auto compatibility. Though most importantly, the system is no longer navigated using that hellish mouse-thingy which was present in last year’s IS. The Lexus touch-pad is now the preferred method of user-interface navigation.

A dash-mounted display screen can display expected information such as trip mileage, but if you’re any fun at all, you won’t ever change your display away from the turbo boost pressure gauge.

While the infotainment interface is a massive upgrade, the standard 10-speaker sound system in our tester left much to be desired with fidelity completely falling apart at higher volumes.

Lexus’ Safety System + 2.5 is now also standard with features such as a pre-collision system with pedestrian and bicycle detection (an absolute godsend when driving in the heart of the city), lane tracing assist and blind spot monitoring with rear cross traffic alert. Is it sexy? No. Does it increase peace of mind? Yes. 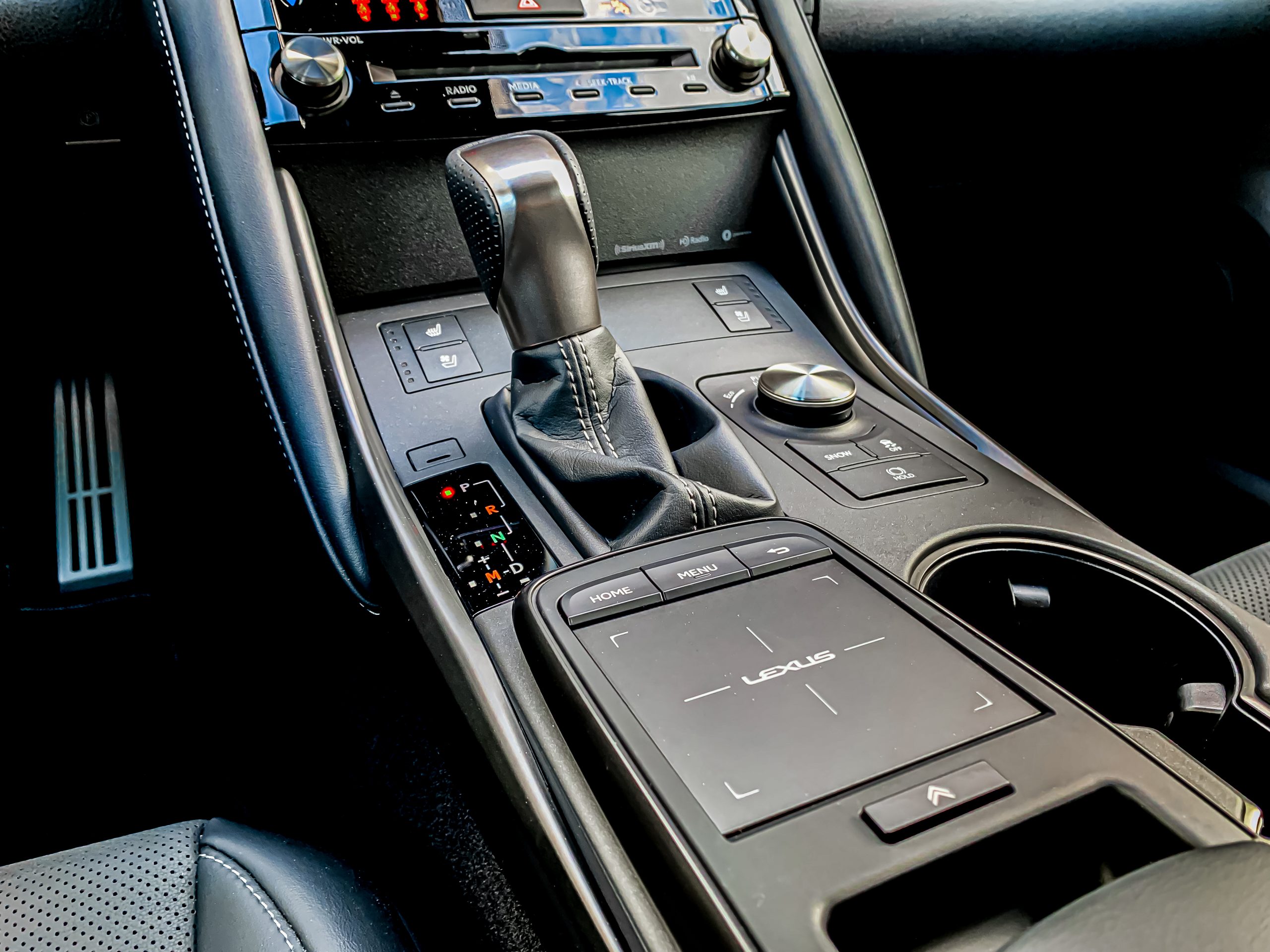 The IS 300 is not the choice on paper. The drivetrain is old. It’s a bit down on power. It’s missing some bells and whistles on the inside.

Truth be told, I go into every Lexus test drive wondering, “Why would anybody buy one of these instead of a [insert literally any competitor you can think of]?”

And the second I start driving my tester, I’m reminded of it; “Oh yeah. Refinement. Everything in here just feels nice and easy and simple and uncomplicated and of quality.”

That’s still my overall impression of the IS 300. Knit picks? Sure. But there’s just not very much to hate here. In fact, I can’t think of a single thing which truly bothered me during my week with the IS 300. And that’s saying a lot.

Unfailingly this is the car I recommend friends buy when they ask me which sedan to go for. Not because they’re going to win a lot of bragging rights or races with an IS 300 — but because they will genuinely enjoy having it in their lives, because it has so few friction points.

The downside of refinement? It loses appeal for the hardcore enthusiast. Flaws (friction points) are what turn a car into a character. But on the upside, refinement creates a stress-free experience for the average driver. 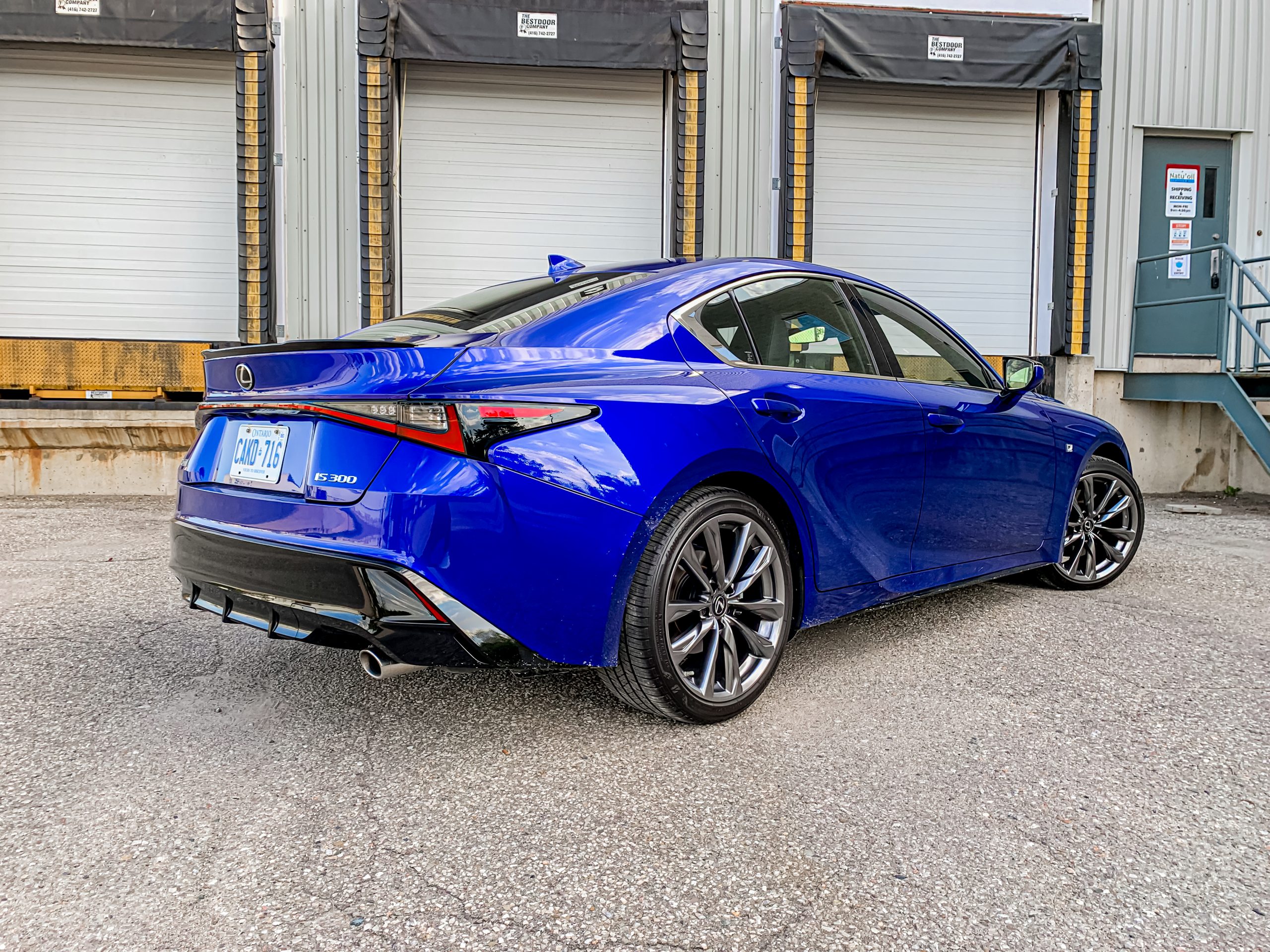 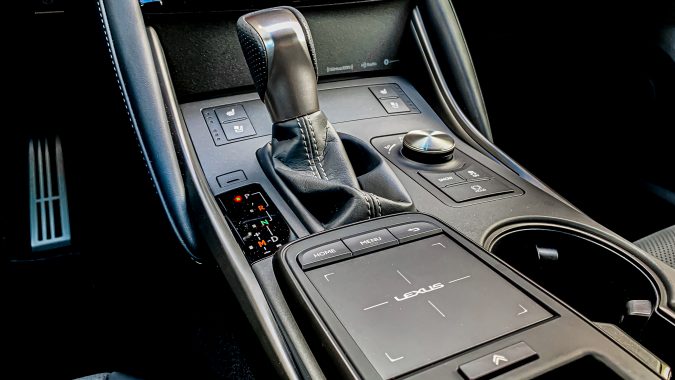 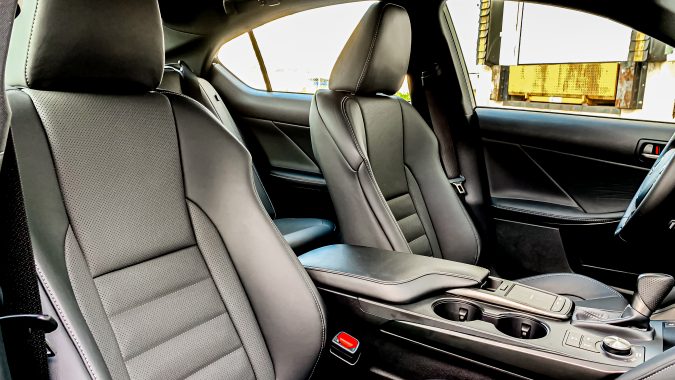 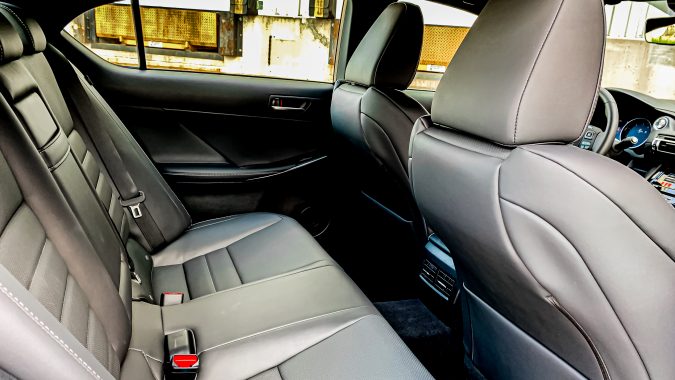