Two weeks ago, I was in Monte Carlo to test drive the new 2020 Bentley Flying Spur, which has a MSRP for the base model of about $200,000, give or take. I will tell you about that car next weekend.

Last week, I was tooling around my Mississauga neighbourhood in a 2020 Mitsubishi RVR, which starts at about $23,000.

It reminds me of a time in the 1980s when, one Saturday night in May, I had been to dinner with then-Governor General (and former journalist) Jeanne Sauvé at Government House in Ottawa (don’t ask). The following Saturday, I unloaded one of my two supermodified racing cars at Oswego Speedway, where I’d planned to go racing. A wag I knew quipped that going from Government House in Ottawa one weekend to a New York state speedway the next meant I’d gone from “palace to pits.”

The Bentley in Monaco one week to the RVR in Mississauga the next represented the same extreme: once again, I’d gone from palace to pits.

Not that the RVR is a cheap car. When it’s part of the everyday traffic in Mississauga, it isn’t. But when put next to the Bentley, it is. The neat thing, though, is that for the $23,000 (plus tax, licensing and so-on), you get a whole lot of car for your money. 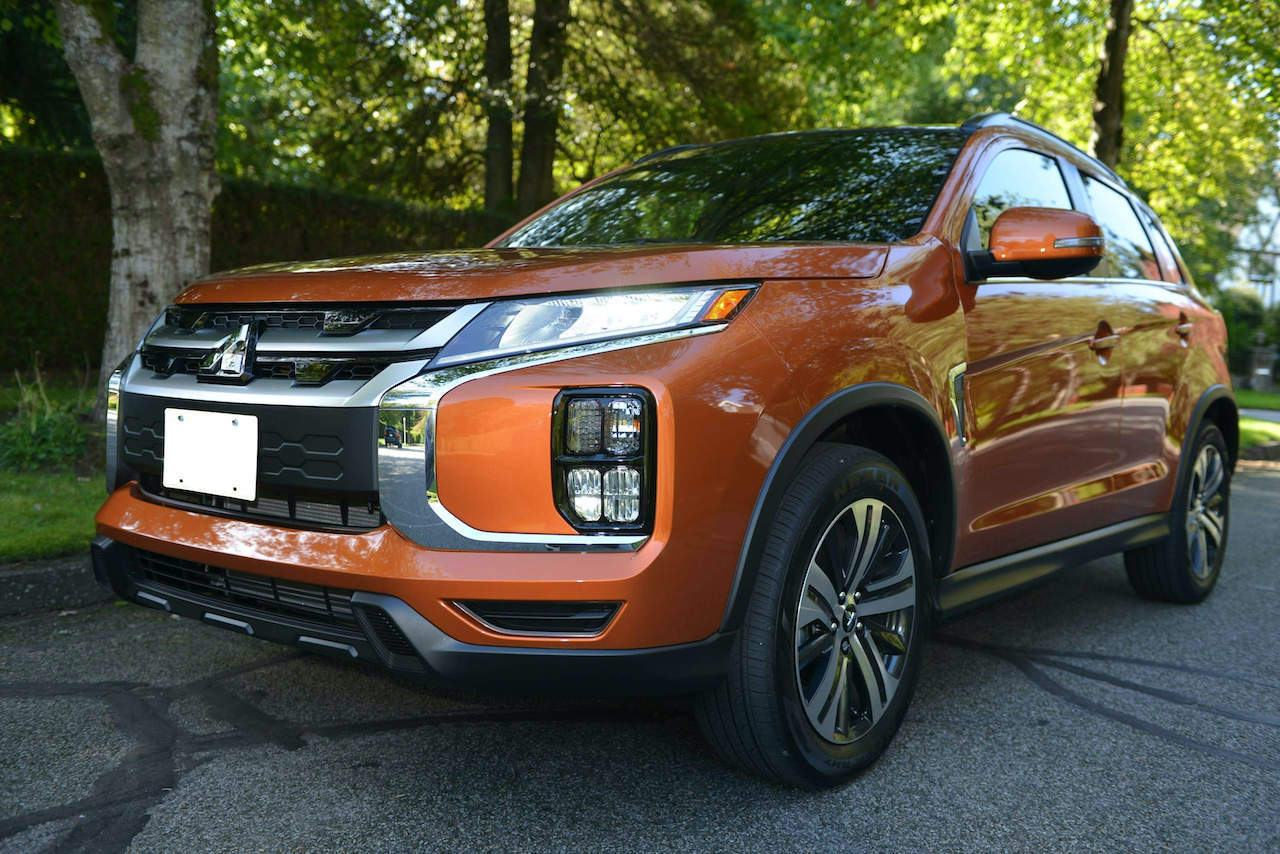 The first thing that would have me running to a Mitsubishi dealership is the warranty.

Don’t laugh. I like insurance. If I shell out big bucks for something — a new computer, a new wall-size TV, a new car — I expect it to last forever. Often it does; sometimes it doesn’t. When it doesn’t, I want to be able to give it back to the retailer and say, “Fix it,” and not have to go to court to prove my case. So Mitsubishi’s 10 years or 160,000-kilometre limited powertrain warranty, a five years or 100,000-km limited new vehicle warranty along with five years, unlimited mileage roadside assistance is a winner, in my books.

Although this year’s warranty is just about the best anywhere, Mitsubishi’s has always been superior and is a major reason why nearly 59,000 RVRs have been sold in Canada since the car — a subcompact SUV, by the way — was introduced here in 2010. That, plus value for money, affordability, reliability and fun-to-drive handling has had two-thirds of RVR customers go on to purchase a Mitsubishi product the next time they bought a car, with 20 per cent of those new-car customers staying with the RVR. 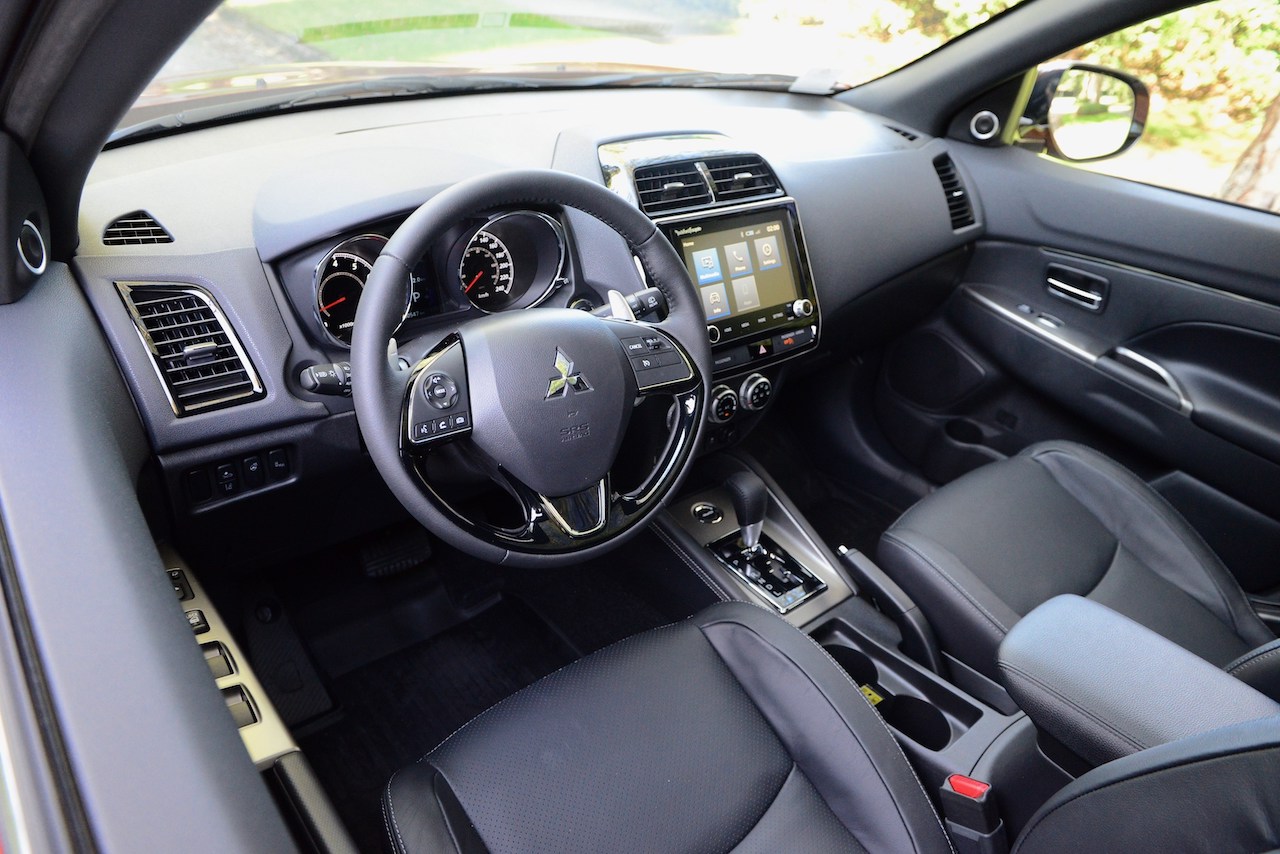 And that trend is sure to continue as a result of what Mitsubishi has on offer in the 2020 refresh (this car is a mid-cycle update): outside, there is new front-end styling, giving the little SUV a more robust look, and new LED tail lights that go from one side of the back end of the vehicle to the other; inside, there is a new eight-inch touchscreen (an inch larger than previous) with standard Apple CarPlay and Android Auto. Collectively, there is more advanced technology on offer (blind-spot warning, for example) as well as improved safety features, all at a lower price. Mitsubishi’s all-wheel control (locked all-wheel drive) is also available at a lower price.

There are two engines available — a 2.0-litre, four-cylinder that makes 148 hp and 145 lb.-ft. of torque and the 2.4-litre, four-cylinder that generates 168 hp and 167 lb.-ft. of torque. The baselevel trim on up to the fourth-level trim, the SE AWC, gets the 2.0-litre engine, while the fifth-level trim, the SEL AWC, to the top trim gets the 2.4-litre motor. Both are driven by Mitsubishi’s latest INVECSIII CVT transmission. Fuel economy comes in at or about 9.5L per 100 kilometres.

There are seven trims, starting with the base, five-passenger ES at $22,998 and going all the way up to the GT AWC at an MSRP of $33,998. All trims, according to the automaker, come with a large rear-view camera, heated front seats, Bluetooth, heated power side-view mirrors, anti-theft security system, variable intermittent wiper and washer and a suite of safety features including hill start assist, traction controllLogic, RISE body construction, active stability control and brake override system. 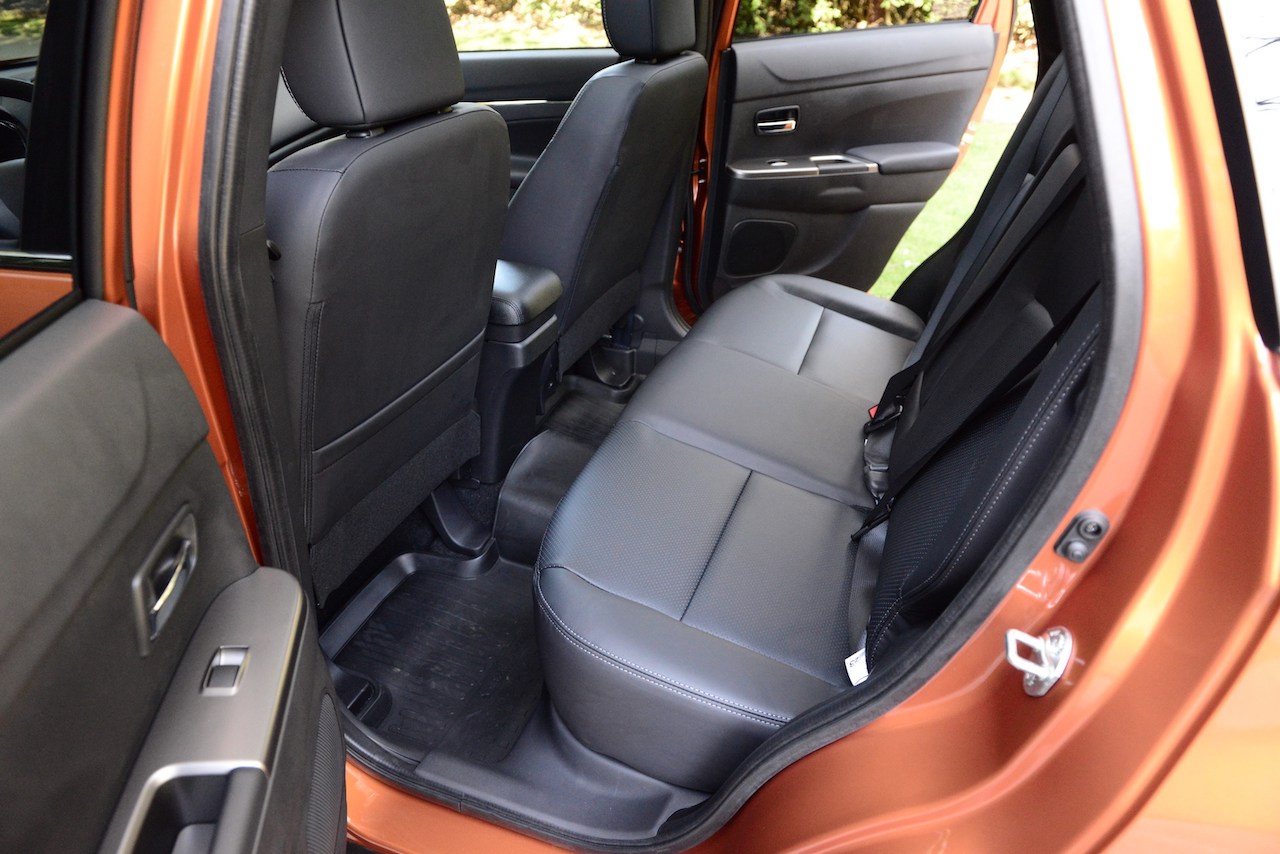 As trim levels rise, along with the price of ownership, the extras also add up. For instance, the SE FWD trim, which will cost you $25,298, will feature blind-spot warning and rear cross-traffic alert. These are major safety features, and I’m all in favour of technology that helps to keep people safe. The SEL AWC at $29,798 has newly designed 18-inch alloy wheels and artificial suede seats, plus fast key entry, push-button start, paddle shifters, roof rails, LED turn signals, LED fog lamps and driver-knee airbag.

Said the president and CEO of Mitsubishi Motor Sales of Canada, Inc., Juyu Jeon: “RVR is our No. 1 selling nameplate. As an entry-level SUV, RVR has done the important job of introducing new customers to the brand, and these customers are staying and growing with Mitsubishi Motors.” 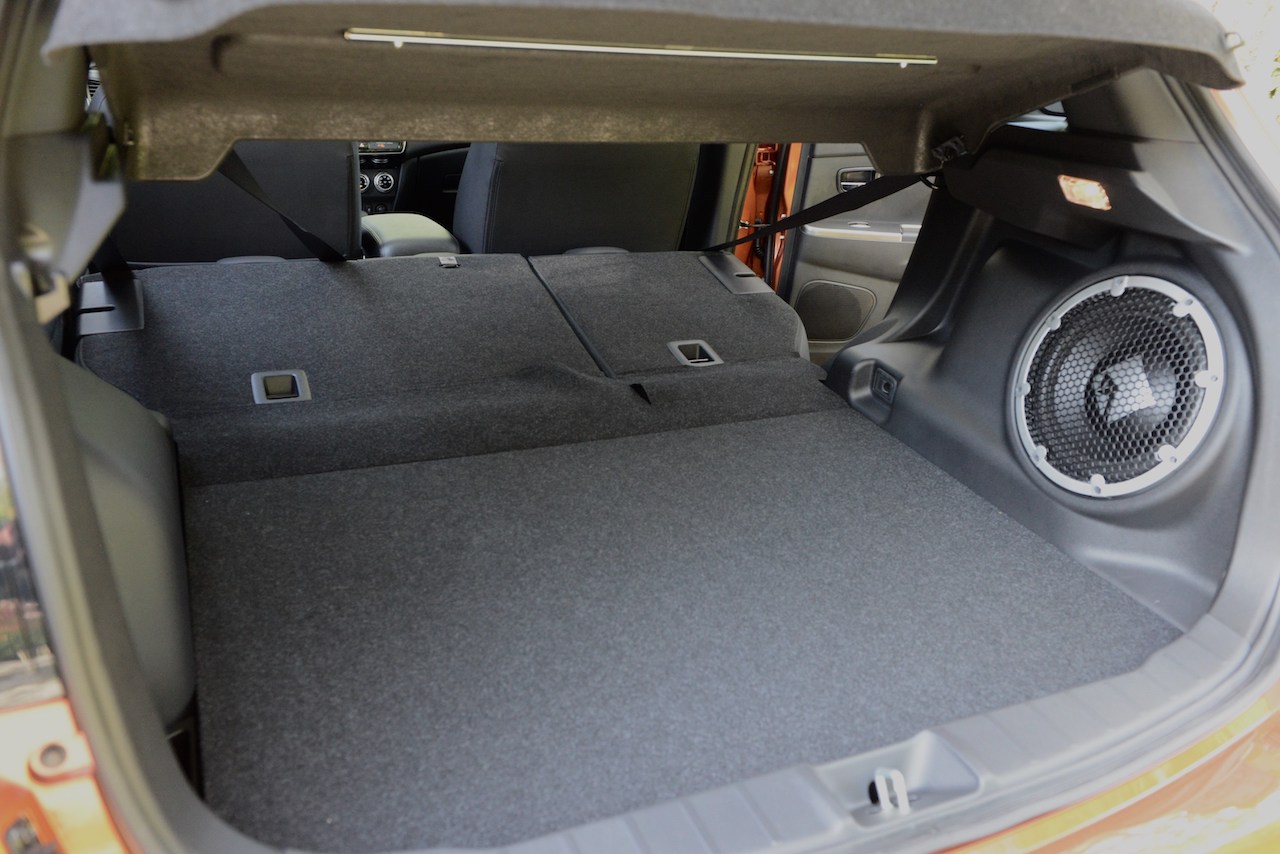 Now, for the people who read my stuff and worry about things like this, I want to reassure them that this SUV — albeit a small car — is easy to get into and easy to exit. I am at a point in my life where this is important — and a reason I don’t really like sedans, because while they are not all that difficult to get into, they are a pain to get out of. This SUV does not present such a problem.

While this SUV can correctly be labelled as being nimble and perky, it has to get going before it can be called either. I am not used to ramming a throttle to the floor every time a light turns from red to green, but that’s really what I had to do — in the tester I drove, anyway — to get up to speed fast enough so that I didn’t get dirty looks from the people who were once behind me and now were accelerating past.

Other than that, this is a great little car, and I wouldn’t hesitate recommending it to anyone looking for a reasonably priced, dependable ride.

Oh, wait: there is one more thing. Nothing makes me more angry — other than certain politicians — than someone driving down the road, or sitting behind me at a light or beside me waiting to exit the GO train parking lot who has the bass in his or her radio turned all the way up to 10.

The sort of thing that has you considering violence.

Well, try as I might with this car’s infotainment system, I was unable to turn down, or even moderate, the subwoofers on the 710-watt Rockford Fosgate audio system that comes with the RVR.

When I had the radio on in that car, I had become one of them.

So, rather than drive down the road with people glaring at me because of the thOOms coming from my car, I turned off the music stations I like and spent a week listening to the CBC.

I was bored to tears by the time Friday rolled around, but nobody was mad at me, so I figure it was worth it. 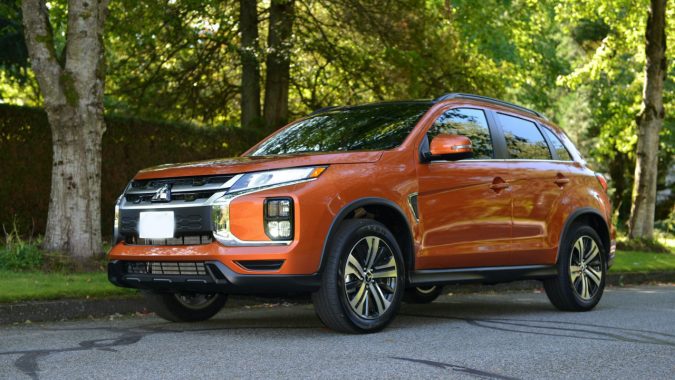 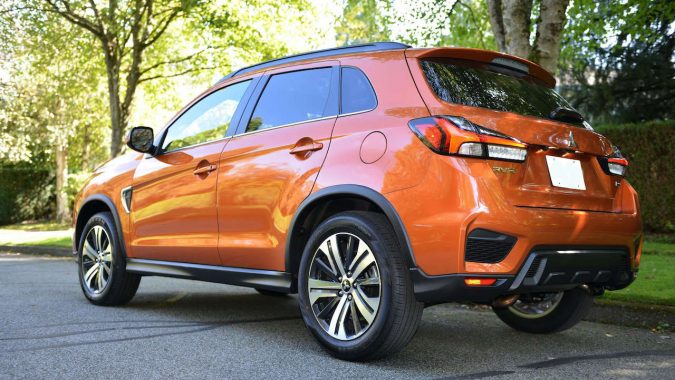