Austin, Texas-Being Swedish seems to mean being practical. Ikea, anyone?

The station wagon is one of the most practical forms of the automobile.

So, it was natural that Volvo, which is still as Swedish as surströmming (fermented herring) — despite now being owned by the Chinese Geely group — became the Wagonmaster.

But Volvo’s newest model is the XC40, a compact SUV based on the company’s smaller Compact Modular Architecture (CPA) platform. Everything else they sell in Canada comes off the larger Scalable Product Architecture (yes, SPA).

On the off-chance you might stumble across U.S.-based reports on this car, you may see references to less- and more-expensive, differently powered, and/or front-wheel drive variants. Not in Canada, at least not yet. A hybrid model is probably a year away. Those lucky Europeans even get a Diesel. We don’t. WAH. 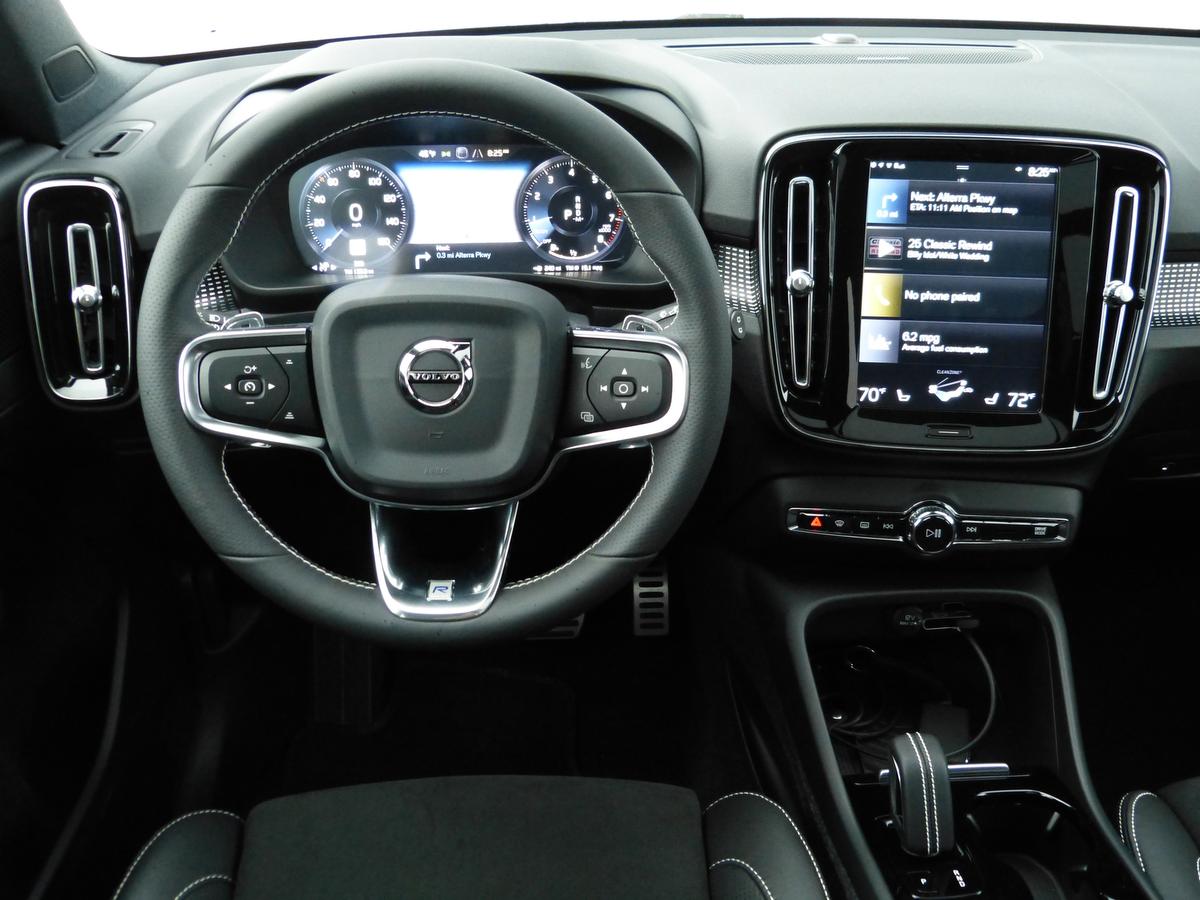 Canada’s only engine choice will be a 2.0-litre, direct-injection, four-cylinder turbo, producing 248 horsepower and 258 pound-feet of torque across a usefully low and wide rev range of 1,800 to 4,800 r.p.m. The only available transmission is an Aisin Warner eight-speed automatic, driving all four wheels. Suspension is by MacPherson struts at the front, with a multi-link design at the rear.

XC40 slides into the rapidly burgeoning upscale compact SUV segment. Volvo cites the Audi Q3, BMW X1, and Mercedes-Benz GLC as prime competitors, although the new Jaguar E-PACE should be in that frame, too. There must be a dozen or more similar-sized entries from nonluxury brands, but upscale customers tend to choose from a smaller palette of more prestigious nameplates.

Volvos used to be summed up by the line from the movie Crazy People: “They’re boxy, but they’re good.” They’re still good, but “boxy” no longer applies, at least not in this case.

Senior design manager Anders Gunnarson noted that unlike most projects, there was no predecessor to the XC40, nothing to base the new design on, no constraints. They had a clean sheet of paper — well, a blank computer screen — to work with.

As a result, the XC40 presents a unique look compared to your usual two-box SUV, with an upswept belt line and rounded roofline. Extremely short overhangs front and rear, would, you’d think, be an advantage in off-roading. Perish that thought — this is being touted as an urban SUV, whatever that might be. The toughest road an XC40 driver would likely tackle might well be my driveway next January.

The wheels-at-the-corners stance does give it a purposeful look. A wide variety of exterior colours is available, as is a black roof.

Inside, much of the design esthetic of the larger XC60 and XC90 is carried over. High-quality materials and excellent finish are evident everywhere. Two screens dominate the dash, one in front of the driver, the other in the central dash. Both can be configured a number of ways.

The wranglers who set the cars up for our test drives were quick to configure the SatNav, so it is fathomable, and once you figure out the swipes and gestures, it’s quite reasonable. Just don’t try to decipher it with young children around or you will expand their vocabulary, and not in a good way.

The seats are, in traditional Volvo fashion, comfortable and supportive. The rear cabin is a bit snug, but should be fine for the Labradors or Golden Retrievers. Lots of cargo room, too, and the R-Design has the handy kick-to-open feature for the tailgate.

Interior storage is perhaps better worked out here than in any car in recent memory. There are cubby bins and storage spaces for phones, laptops, purses and/or murses (’man-purses’), you name it, everywhere. You’ll probably still be discovering hiding places six months after buying the car. There’s even a charge pad, if you have the right sort of phone. Apple CarPlay, Android Auto, on-board Wi-Fi — you want it, you probably got it.

Your first task will be figuring out how to start the thing, and then how to operate the shifter. That latter item is particularly obtuse. It seems you have to make every gesture twice to get it to do anything. First, “Park” is not a distinct location in the shift quadrant, but a separate push button, behind the shift lever. As it is in every car that uses something similar, this is just stupid, not to mention potentially dangerous. Second, you pull the lever back from Drive to engage the manual shift function, instead of sideways like most cars do. And instead of pushing the lever forward to disengage this function, you pull it rearwards again. That’s also just stupid, because it is counterintuitive.

Once you are in manual shift mode, you don’t push the lever forward to downshift and pull back to upshift as logic dictates, nor do they even do this backwards (back to downshift, forward to upshift), as just about every other carmaker mistakenly does. No; Volvo gets it wrong in its own unique way — you shove the lever to the right to upshift, and to the left to downshift. WHA? 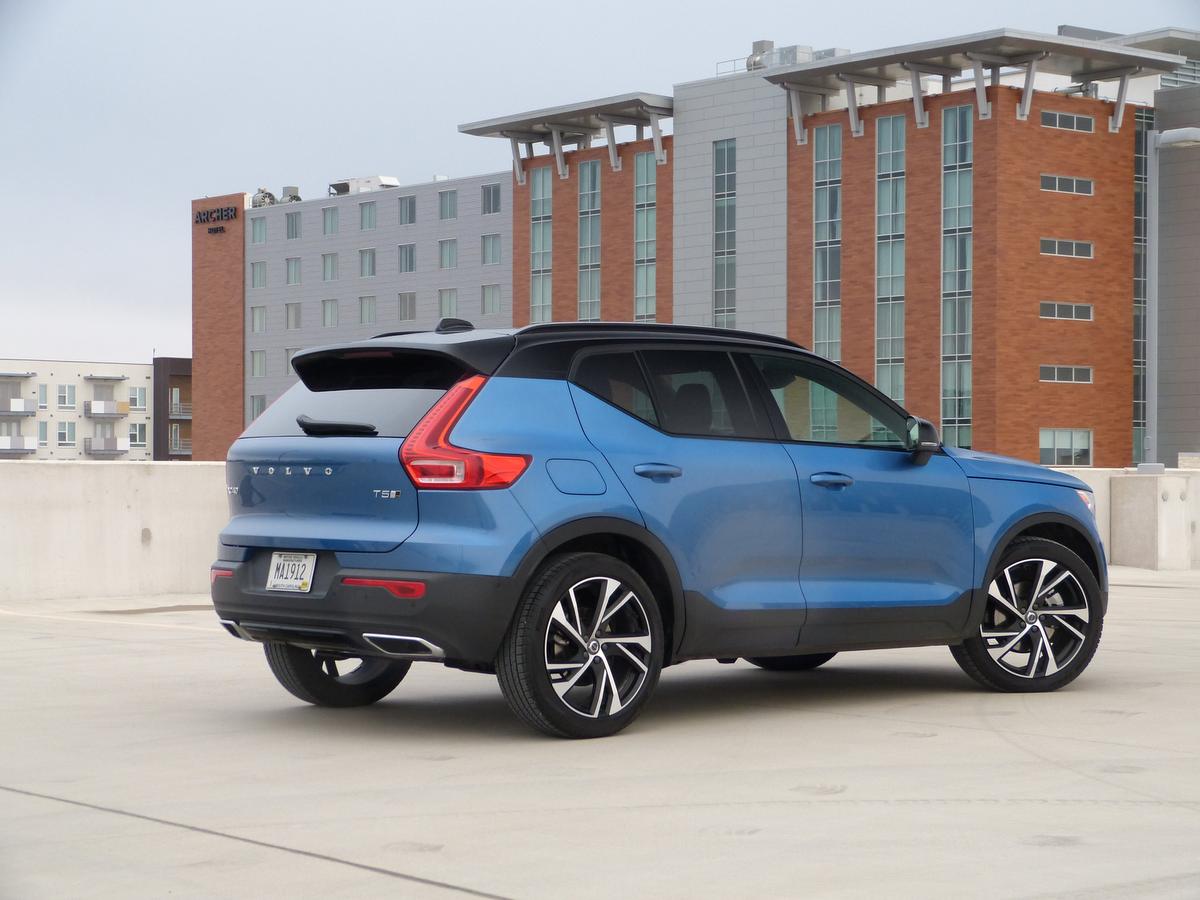 Chances are the optimum acceleration — 0-100 km/h in the mid-six second range — happens when you let the car shift for itself. Hmm — maybe that was their plan all along …

As with other modern Volvos, there are four driving modes (Eco, Comfort, Dynamic and Off-Road), each adjusting various engine, transmission, and chassis characteristics to suit. Plus, an “Individual” setting whereby you can choose your own values for the various parameters. I found Dynamic gave the best results, firming up the suspension and steering a little for better handling with little perceptible loss in ride quality.

Overall, the car is a dynamic pleasure, with good acceleration, fine ride quality, decently high cornering power, and quick steering, albeit a tad devoid of feel.

But there are a couple of issues that I found uncharacteristic of Volvo. First, there’s the Pilot Assist semi-autonomous self-driving feature which sometimes can drive the car by itself for a short time until it can’t or just won’t, at which point it just shuts itself off with little apparent warning.

Sorry, folks; these systems are simply not ready for prime time. They have minds of their own, but again, not in a good way. There are still far too many variables on our highways for these systems to keep up. I’m stunned that a company with such a strong and stellar safety record as Volvo allows them in their cars. This problem is not unique to Volvo. I’ve tried them all, and they’re all tied for last place. At least you can just never turn it on (highly recommended). Better still, see if you can convince your mechanic to disable it.

The second issue is probably more serious because there is no easy fix: the brake pedal is badly positioned, completely to the right of the steering column. If you have big feet and/or are wearing boots, it will be difficult to get your right foot from the accelerator to the brake in an emergency.

Other safety features are better worked out, including a vision system that detects pedestrians, cyclists, even larger animals that may be lurking in the weeds. And there is also a blind-spot warning system.

In sum, the Volvo XC40 is a fine car, marred by a couple of flaws. The self-driving thing you can largely ignore; the badly positioned brake pedal is more serious. But, the XC40 presents an attractive and decently priced option in this huge and still fast-growing segment.