Porsche Builds the 911 of SUVs

The 2019 Porsche Cayenne Turbo is identifiable by the large across-the-nose grille treatment with mammoth ducts on each side for the V8 twin turbo engine intercoolers.

CRETE, Greece: I don’t think this leisurely paced island was ready for something as in your face as the 2019 Porsche Cayenne Turbo.

On highways no larger than some nature trails in Canada, Crete was more a rolling scrapyard of micro cars and pickups, all dented and bruised, and no one going much over 40 km/h probably because there just wasn’t enough power left and engines to do more.

Here we were in a 550 hp mid-size SUV that in some places was too wide to fit between what was supposed to a street between two houses.

That’s because this land has been lived on for more than 3,000 years, dating back to the Minoan age when something like a goat cart was considered big.

Agility here was key as the locals tend to drive down the centre of the road because, I was told, they feel safer.

But it was challenges like this that brought us to Crete, where driving conditions showed the Cayenne is much more than the kind of SUV we are used to in Canada where the greatest obstacle is going down a cottage country dirt road. 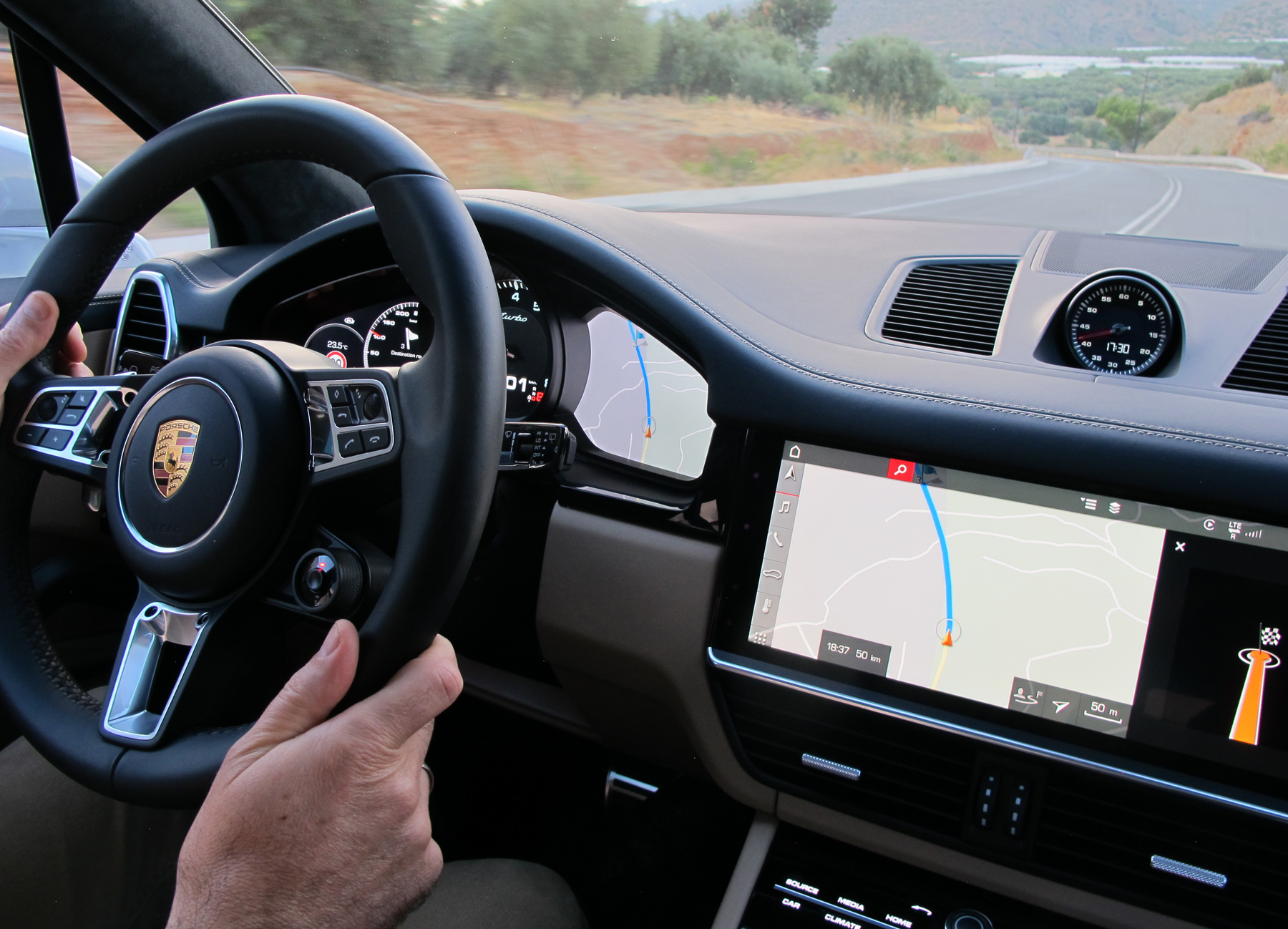 In fact, we were there to test the three 2019 Cayennes including the base model and the S reported on these pages in October. Because the Turbo is so much different from the other two, I had to treat it separately due to the number of words I’m limited to in a review.

The first two have steel springs, but the Turbo boasts a three-chamber air suspension and active damping system that not only uses computer tuning to “map” the best spring rates, but also allows the driver a choice of six different ride heights.

At one point in the media launch, we were directed to an “off road” that didn’t begin to describe what turned out to be a climb up a path strewn with boulders bleached white decades ago by the relentless sun.

Stumbling and scratching up to the summit, safety barriers were absent which was a drop of about 1,000 metres into the Aegean Sea if one went over the crumbling edge.

We made it, but I never want to do anything like that again.

The eight-speed is interesting in that it reaches the highest overall speed in sixth, with seventh and eighth more like overdrive, where engine noise is reduced and fuel efficiency increased.

Fuel consumption is further aided by an automatic stop/start function that lets the Turbo turn off the engine and coast to stop.

But the Cayenne Turbo is all about going thanks to the renown Sport Chrono with Porsche Stability Management (PSM) Sport found on the 911 is optional for the first time on the Cayenne.

On the steering wheel there is a rotary stalk on the lower left that allows the driver to select either Normal, Sport or Sport Plus modes and the driver can also select the “Individual Mode”.

On top of that the PSM Sport mode configures the Turbo for driving closer to the limits which, as I found out late last year during a preview of the Cayenne, makes driving possible way beyond my limits. 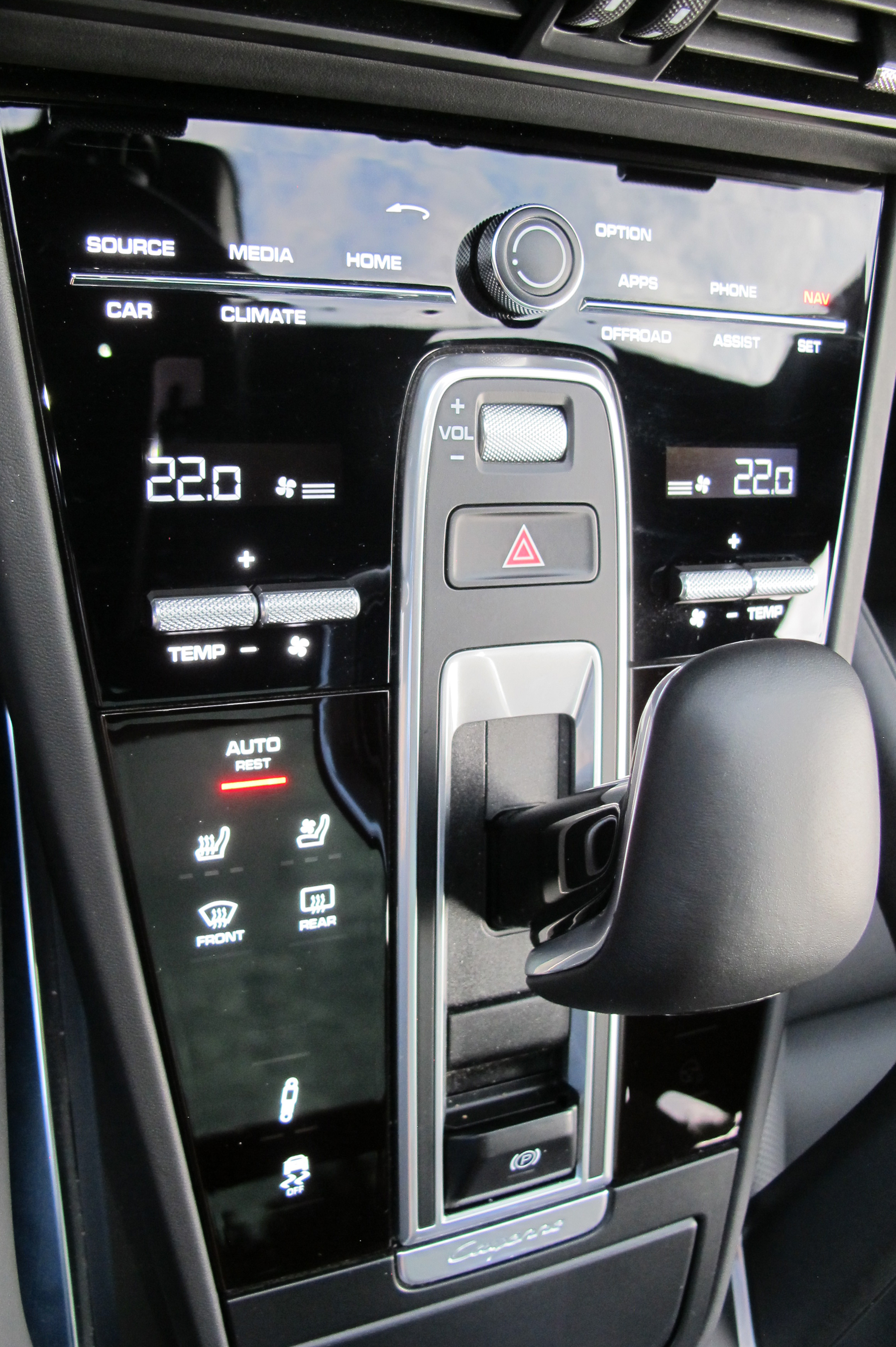 And as I also found out last year, the chassis was redesigned from scratch to include active systems such as rear-axle steering, Porsche Dynamic Chassis Control (PDCC) electromechanical rolling-motion compensation and three-chamber air suspension.

And something you have to experience to appreciate is all the above systems are integrated into the new 4D Chassis Control that analyses the driving situation in all three dimensions (longitudinal, transverse and vertical acceleration) and maintain the Cayenne at optimal settings depending on speed and conditions.

And one thing I came quickly to appreciate in Crete was the optional rear axle steering that when under 80 km/k steers the rear wheels in opposite directions, which increases turn response on corners while steering both wheels in the same direction at higher speeds for greater stability.

Many of the roads run along the coast with steep cliffs that block any sort of view about what’s coming around the corner until the last second.

More than once the ability to stop swiftly and creep onto the verge as far as we dared was crucial to bringing back the Turbo unscathed.

Despite my moaning about the roads, I had a marvelous time in balmy, sun bathed days with wonderfully warm people I met and the overall experience was heightened in the 2019 Porsche Cayenne Turbo. 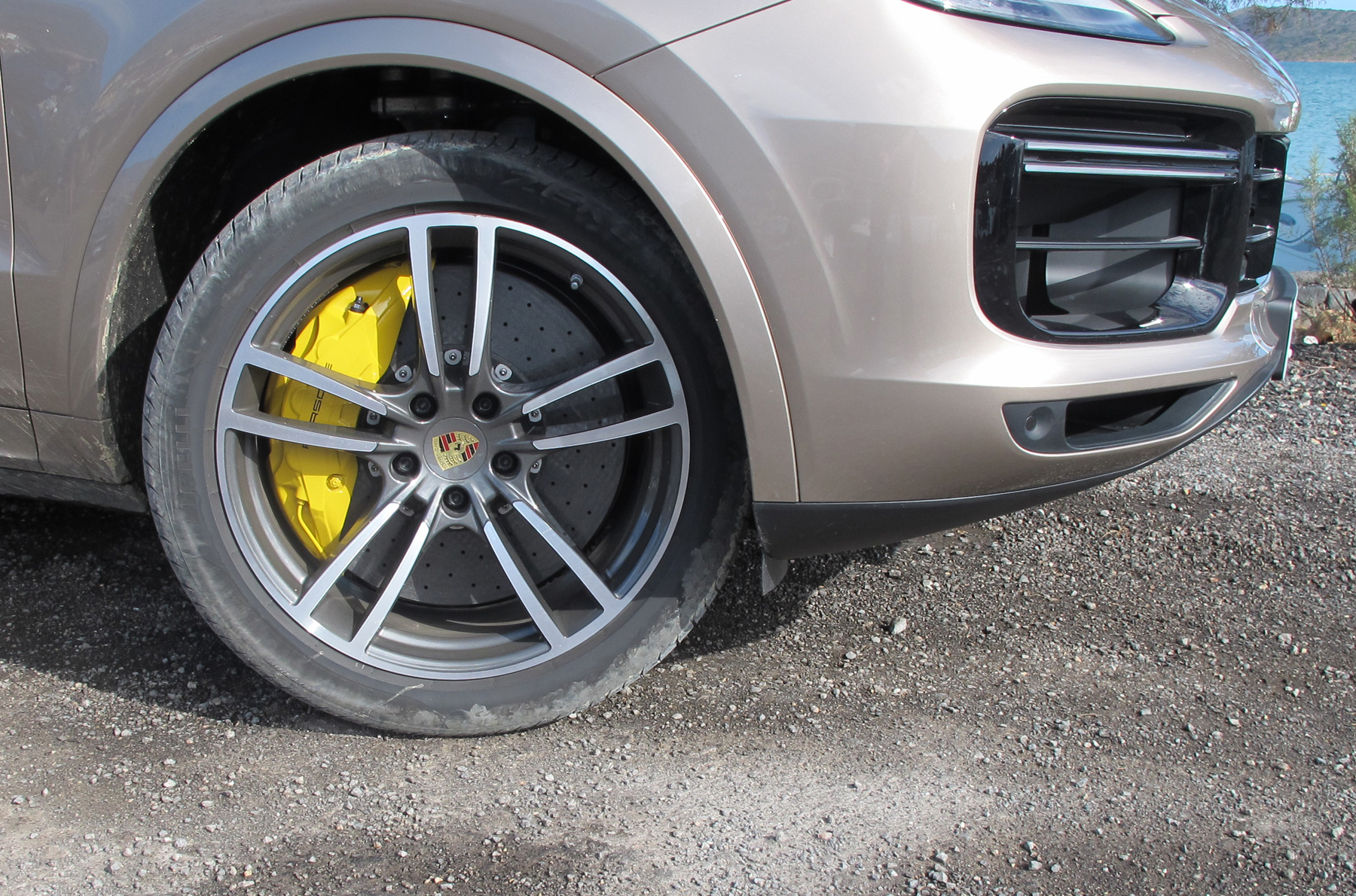 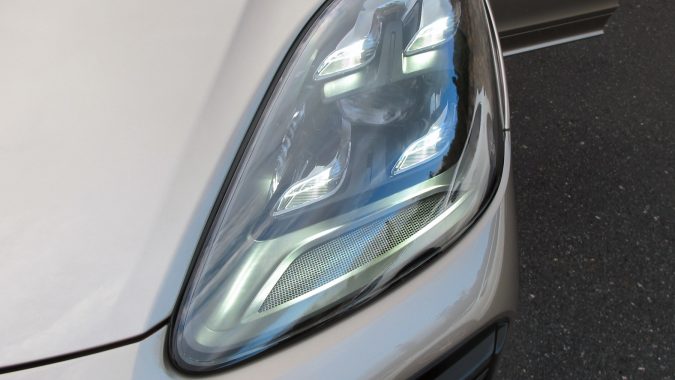 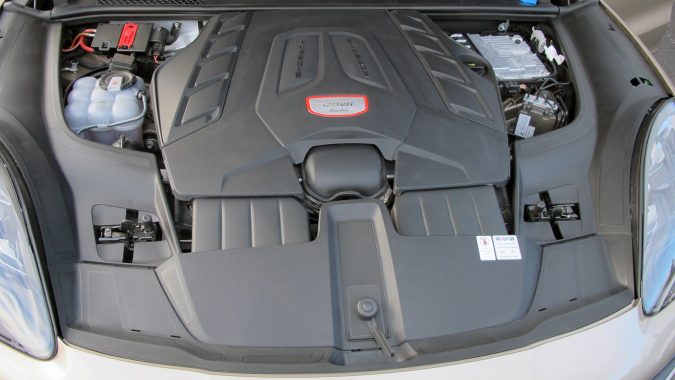 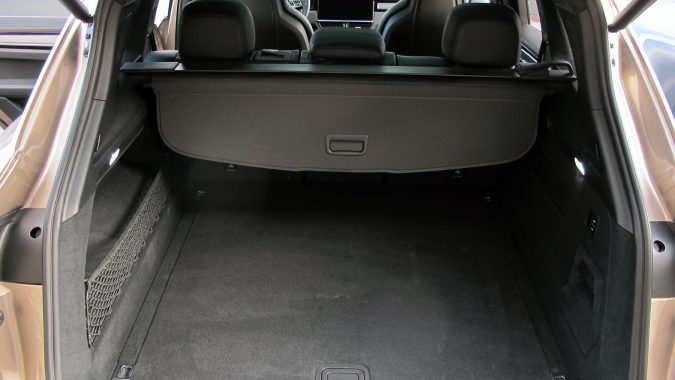