The Cherokee is the best-selling Jeep in Canada and rightfully earns Jeep’s boast of being “the most capable midsize sport utility vehicle” in its segment.

THOUSAND OAKS, CA: “Just a little to the left!” the instructor said from in front of the Jeep, gesturing with somewhat emphatic hand signals.

“Okay,” I muttered but, frankly, I couldn’t quite see how “a little to the left” was going to solve the problem of a ginormous jumble of freakin’ rocks.

But I have learned not to doubt the Jeep Cherokee.

Others learned that lesson when Jeep’s modern midsize was first resurrected five years ago.

And there were no shortage of doubters – traditionalists who swooned and palpitated at the sight of the 2014 Cherokee’s feral face, slash-style DRLs and edgy styling lines.

But, while old heritage Jeep cues are fine for riding in parades while wearing old uniforms and a tin pot on your head, the Cherokee was designed with another mission in mind – conquering new customers in a burgeoning SUV/CUV market. 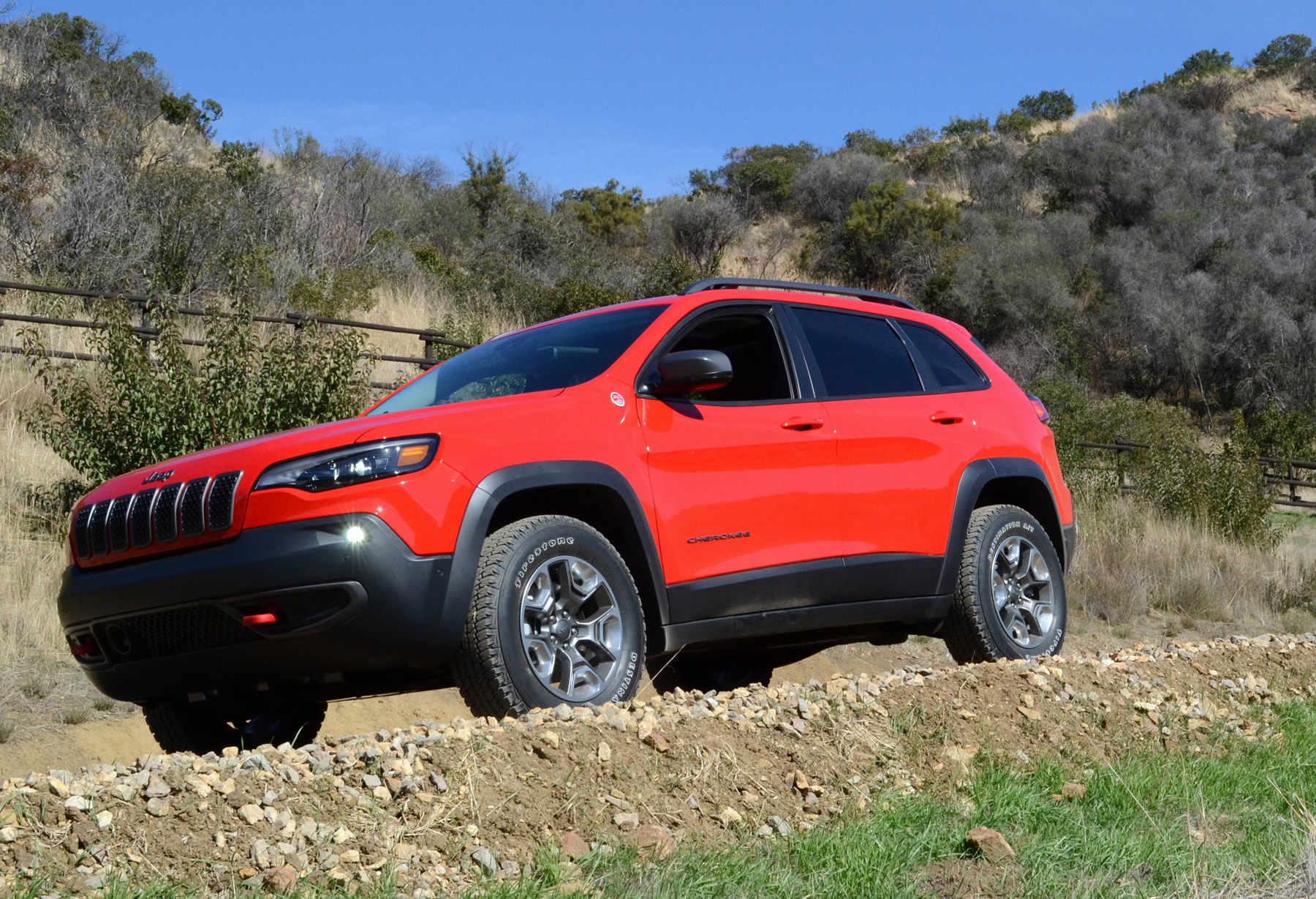 “Is this the way to the mall?” I called out to them just for fun.

So, yes, clenching the wheel of a brand new, second-generation model last week in California, it was no problem pushing aside any doubts, turning a little left and wriggling the 2019 Jeep Cherokee through the rock-strewn rubble.

But, while it’s nice to have Jeep consistencies in life, there have been changes made for 2019.

Much as I liked the radical design departure of the 2014 original, let’s admit it was a little polarizing.

The new “authentic, more premium” and somewhat dialed-down design for 2019 refines the face of the Cherokee, reverting from a six-light layout to a more traditional four-light display with DRLs inside new LED headlamp assemblies and available LED fog lamps mounted below.

A revised rear end treatment touches up taillights, tailpipes and tailgate, moving the licence plate up from the bumper.

Passenger volume is unchanged but there was always some griping about golf bags fitting in, so the cargo area has been widened by 76 mm (3 in) increasing luggage room by 79 litres for a 781 litre total (1634 litres with the second row folded).

A lighter composite tailgate offers an available hands-free powered version that opens with a foot swipe under the bumper. Other weight-saving measures include a shorter overhang, new aluminum hood, and reduced-weight rear-drive units, chopping total weight by 68 kg (150 lb). 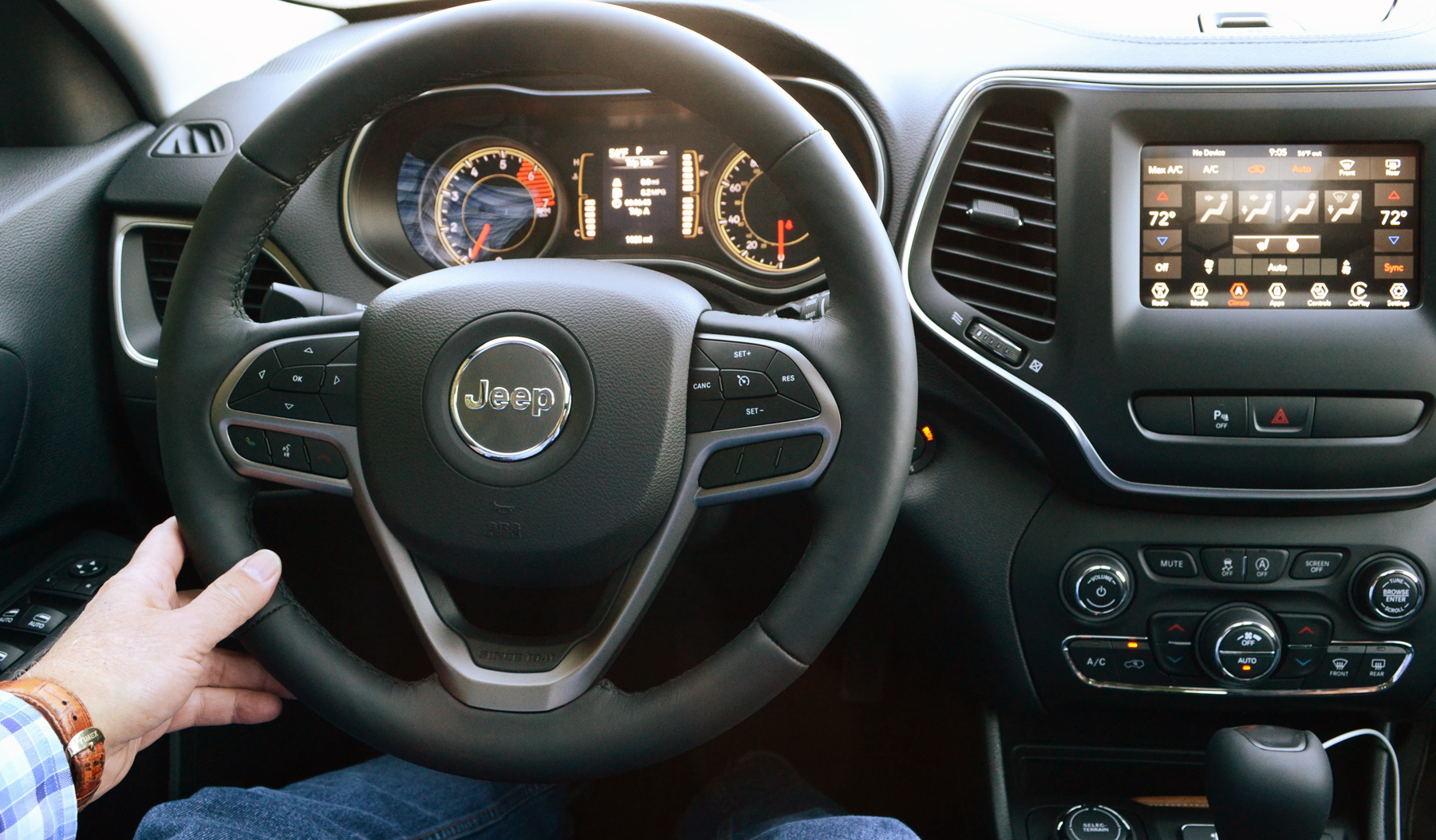 I spent most of my seat time testing the new 2.0-litre turbo, a potent little powerplant, snarly in Sport mode but surprisingly smooth and civilized under normal driving conditions. All three engines have added anti-idling ESS systems and have been recalibrated for better performance through the nine-speed automatic.

There are 4X2 entry-level models and three different degrees of 4X4 power delivery. Selec-Terrain with Auto, Snow, Sport, Sand/Mud and Rock settings, complements Jeep Active Drive I, a hands-off system that automatically switches between two- and four-wheel drive. Then there is Jeep Active Drive II with a two-speed transfer case, or Jeep Active Drive Lock, with a locking rear differential designed exclusively for the off-road capable Trailhawk model.

Other features worth noting for 2019 include the ParkView rear back-up camera made standard across the lineup, new tire fill alert, capless fuel fill, a height-adjustable cargo floor, new heated rear seats in the top-of-the-line Overland and various other trim-specific package tweaks.

The Cherokee is the best-selling Jeep in Canada and rightfully earns Jeep’s boast of being “the most capable midsize sport utility vehicle” in its segment.

But, with a goal of catching up to the Toyota RAV4, Honda CR-V and Ford Escape competitors that currently outsell Cherokee by a rate of two-to-one, Jeep’s hope is that the new 2019 Cherokee will complement off-road prowess with a new look, new refined style and increased content levels to make new inroads into uncharted sales territory within the rapidly expanding compact utility market. 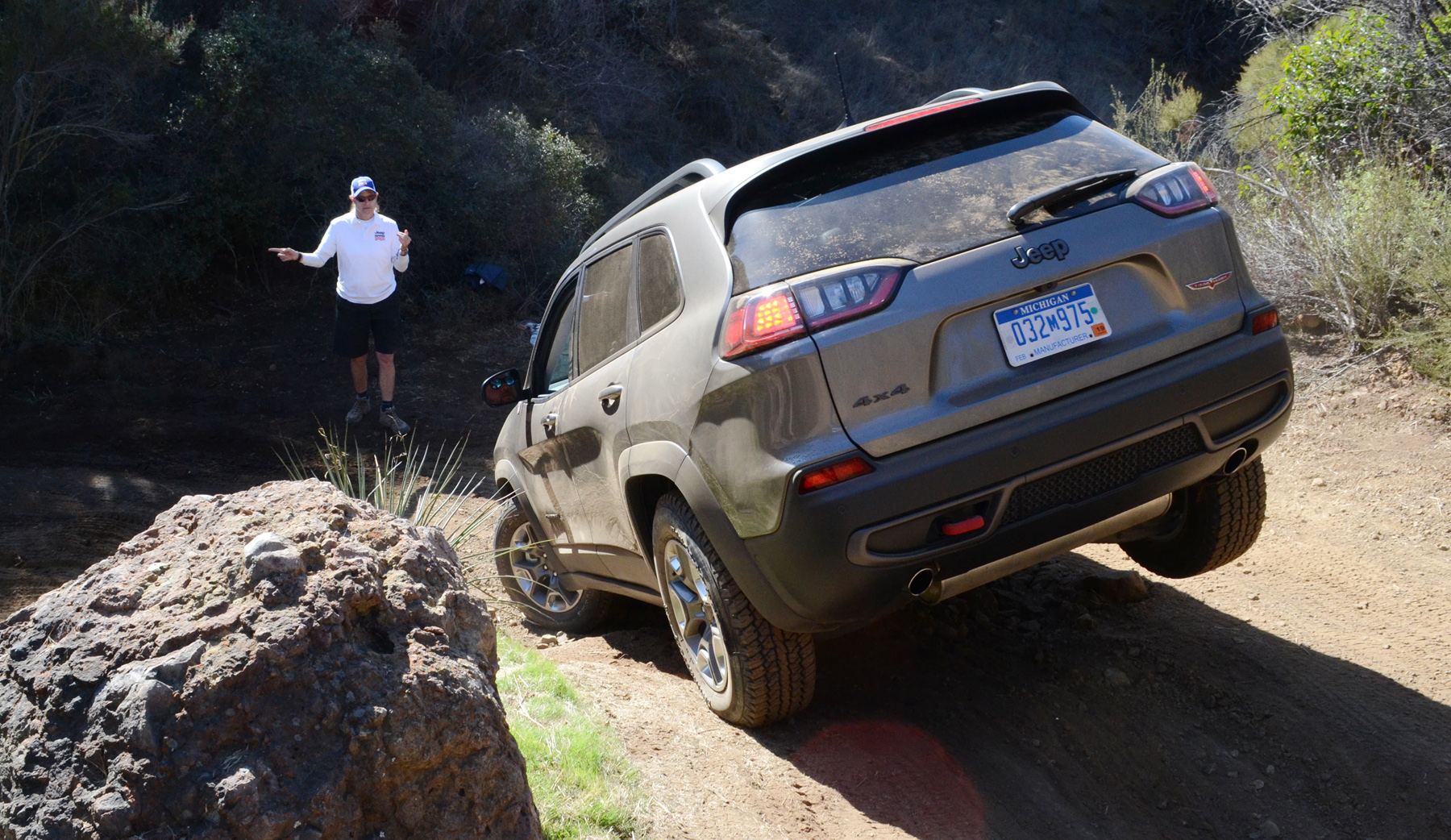 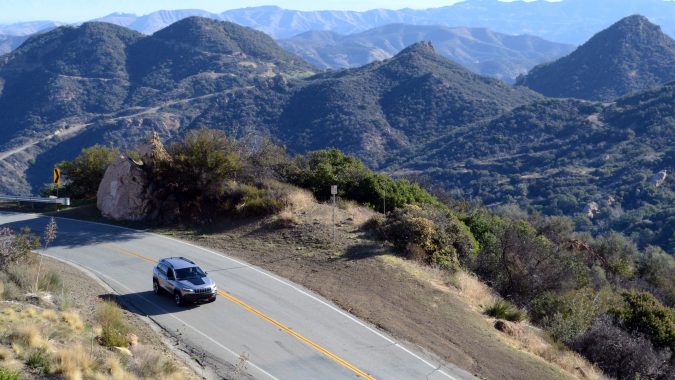 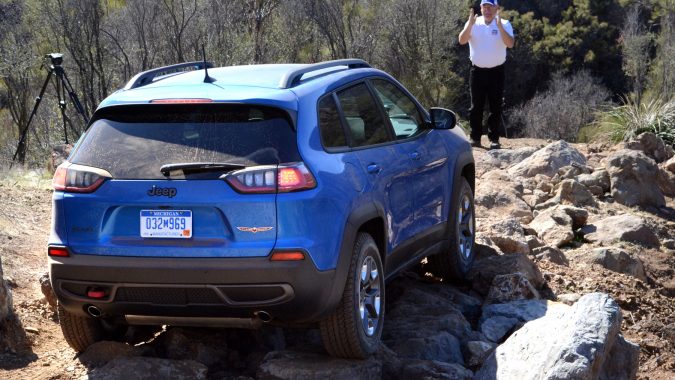 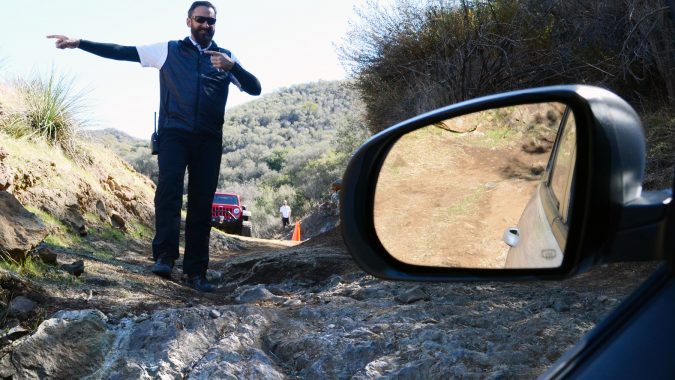 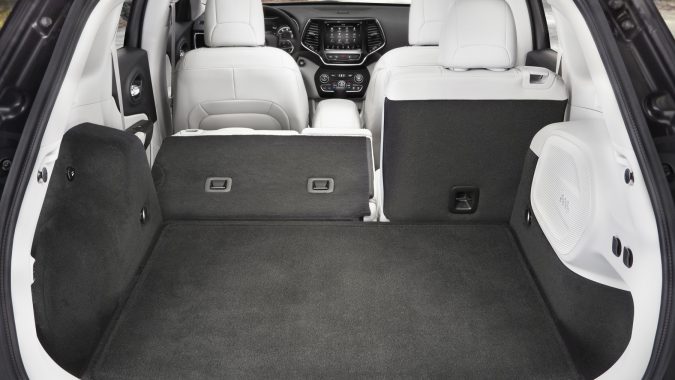