Volvo is going all in on electrification of its vehicles, starting with its 90 Series sedan and SUV. Shown here is the 2018 S90 T8 PHEV (plug-in hybrid electric vehicle).

As the song lyrics go, ‘the times they are a changin’ and there’s no question that’s the case in the automotive world.

It was only a couple of years back that Volvo brought its new flagship S90 sedan to North America as a 2017 model.

In past years, mid-size luxury cars like the S90 would have come with a V6 or V8 engine, but not this one. It had an inline four that was both turbocharged and supercharged, making 316 hp and 295 lb/ft of torque.

Moving forward a couple of years, things have evolved even further as manufacturers are leaning more and more toward some form of electrification in their vehicles.

Not to be left behind, Volvo has made a commitment to be at the forefront of that revolution, and it all begins with models like the T8 PHEV (plug-in electric hybrid) variant of the S90 for 2018 that is tested here.

Volvo has said that by 2019, all vehicles it produces will have an electric motor. That’s not to say they will all be fully electric vehicles; many are likely to be gas-electric hybrids like our tester. 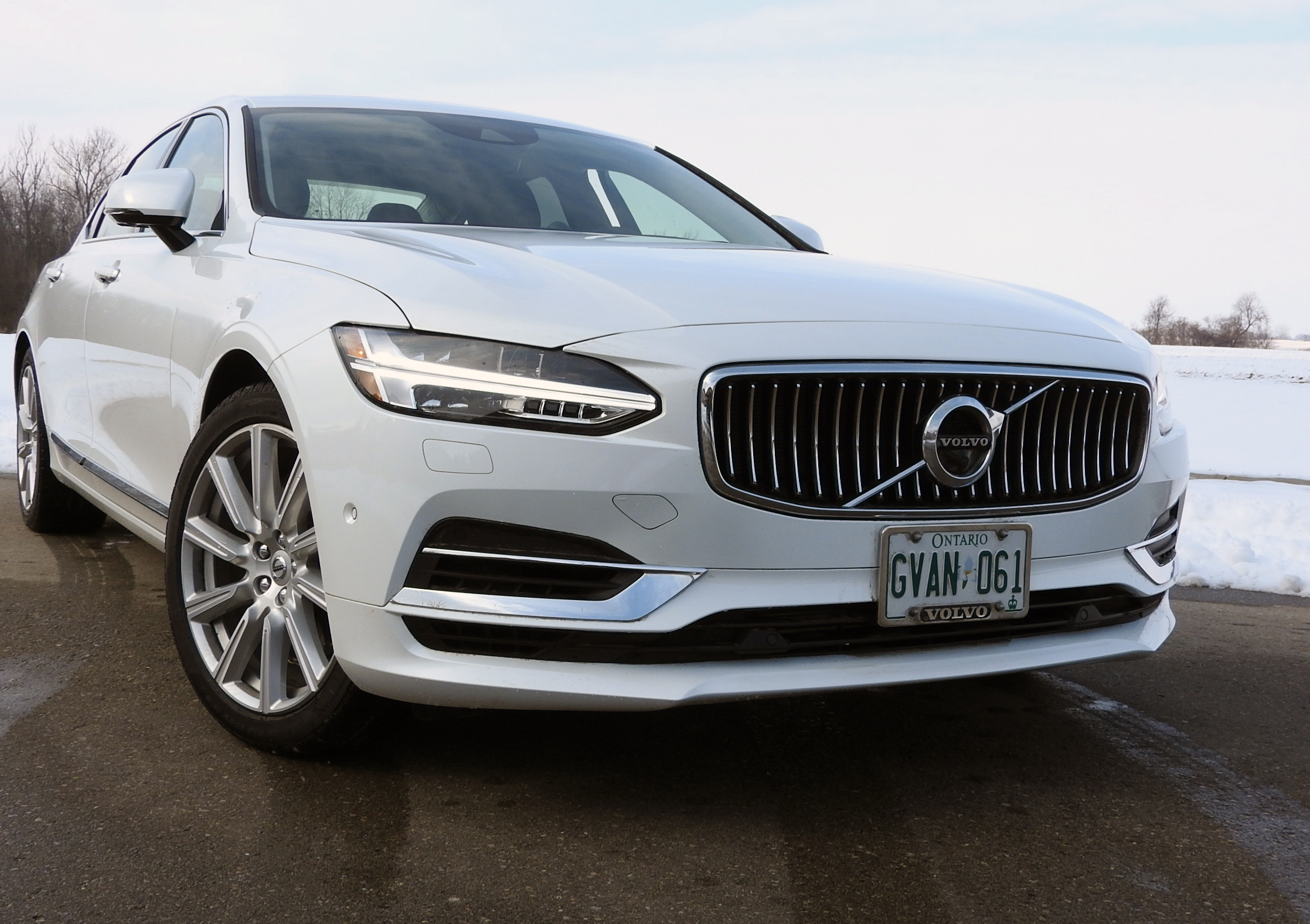 The T8 hybrid powertrain, which is also available on the XC90, also includes a 2.0-litre supercharged and turbocharged inline four. The 87 hp electric motor, which drives the rear wheels, brings the total horsepower up to 400 with 472 lb/ft of torque.

The S90 T8 comes with an eight-speed Geartronic automatic transmission.

The hybrid variant of the S90 is not the only interesting change for 2018.

This year, all S90s coming to Canada are the long-wheelbase versions, making it seem more like a full-size luxury sedan with a cavernous backseat that has 4.5 inches more legroom than the outgoing model.

In back you feel like you’re in a limousine rather than a regular sedan.

In fact, the S90 offers the most rear legroom in its class and all these long-wheelbase models for Canada are built in China, where there is a large market for such vehicles.

In my mind, the hybrid option makes the S90 an attractive proposition.

With its 400 combined horsepower between the gasoline and electric motors, the S90 becomes much more performance oriented with a 0-100 km/h time of 4.9 seconds, according to the manufacturer.

Volvo says electric-only range on the S90 T8 is 34 km, but in real world, dead-of-winter, cold-weather driving I found it to be more like 18-20 km.

I plugged the vehicle into a normal 120-volt outlet to recharge overnight, but a 240-volt plug-in will do the trick much more quickly if there’s one available.

Our Inscription-trimmed S90 T8 was a thing of beauty inside, with a modern, minimalist look featuring beautiful wood trim, brushed metal accents and soft-touch materials.

I’ve said for years that Volvo interiors are among the best in the market and this one lives up to that reputation.

The S90’s Sensus infotainment system is in one word— brilliant. Controls for audio, navigation, media, phone and climate can be accessed via a nine-inch touchscreen that is so easy to use even a non-techie like myself is able to figure it out in short order. 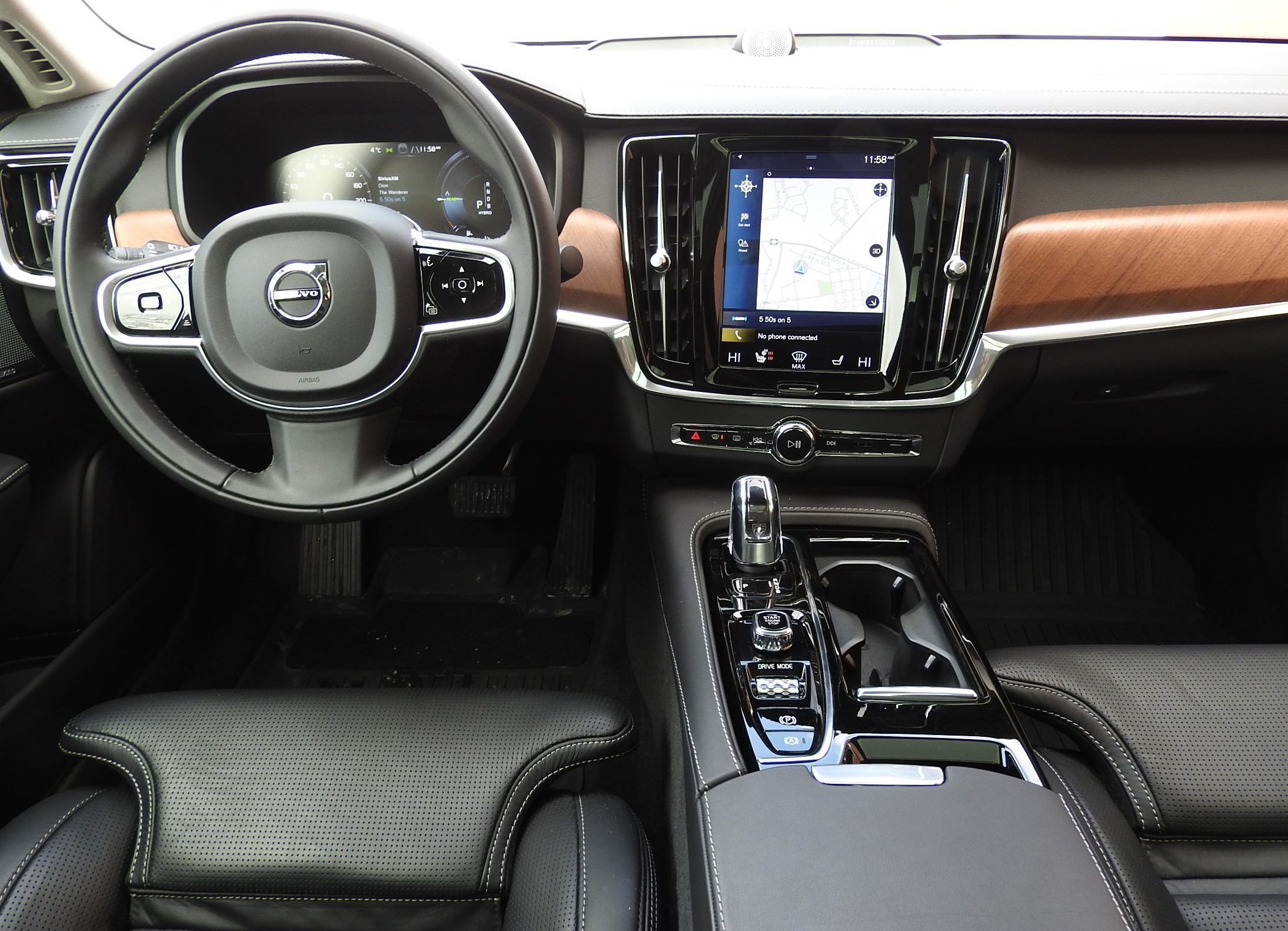 From the exterior, the S90 has a sleek look with the sloping rear roofline giving it a coupe-like profile. The front has distinctive ‘Thor’s Hammer” daytime running lights/headlights and a waterfall grille.

You can choose from one of several drive modes using a toggle on the centre console. With one simple flick of the switch, one can adjust throttle, suspension and steering response in a variety of ways.

As always with Volvo, safety is No. 1 and our T8 tester included as standard fare the City Safety system. It gives you low and high-speed collision mitigation with pedestrian/cyclist and large animal detection and run-off road mitigation and protection.

On the road, the S90 T8 is both smooth and powerful. In town on EV alone, it is quiet and sedate if you’re light on the go-pedal. The gasoline engine will kick in and out on occasion, but the switch over is hardly noticeable.

On heavy acceleration, though, engine noise and some torque steer is evident, but at cruising speed, the car has a comfortable ride, handles corners well and is a delight to pilot.

That’s not to say S90 T8 is without its quirks.

The gearshift, which is a beautiful crystal work-of-art, is unusual, requiring one tap to go from Park to Neutral and two taps to select Reverse or Drive. To select Park, you push down on a button beside the gear selector.

That aside, the S90 is an interesting challenger in the midsize luxury class, particularly with the hybrid powertrain.

Long known for building reliable sedans and station wagons that were long on safety and short on styling, Volvo is back in the game in a much different way.

This time it’s with luxury sedans, SUVs and station wagons that are stylish, forward-thinking as in the S90 and XC90 hybrid variants and with no less an emphasis on safety. 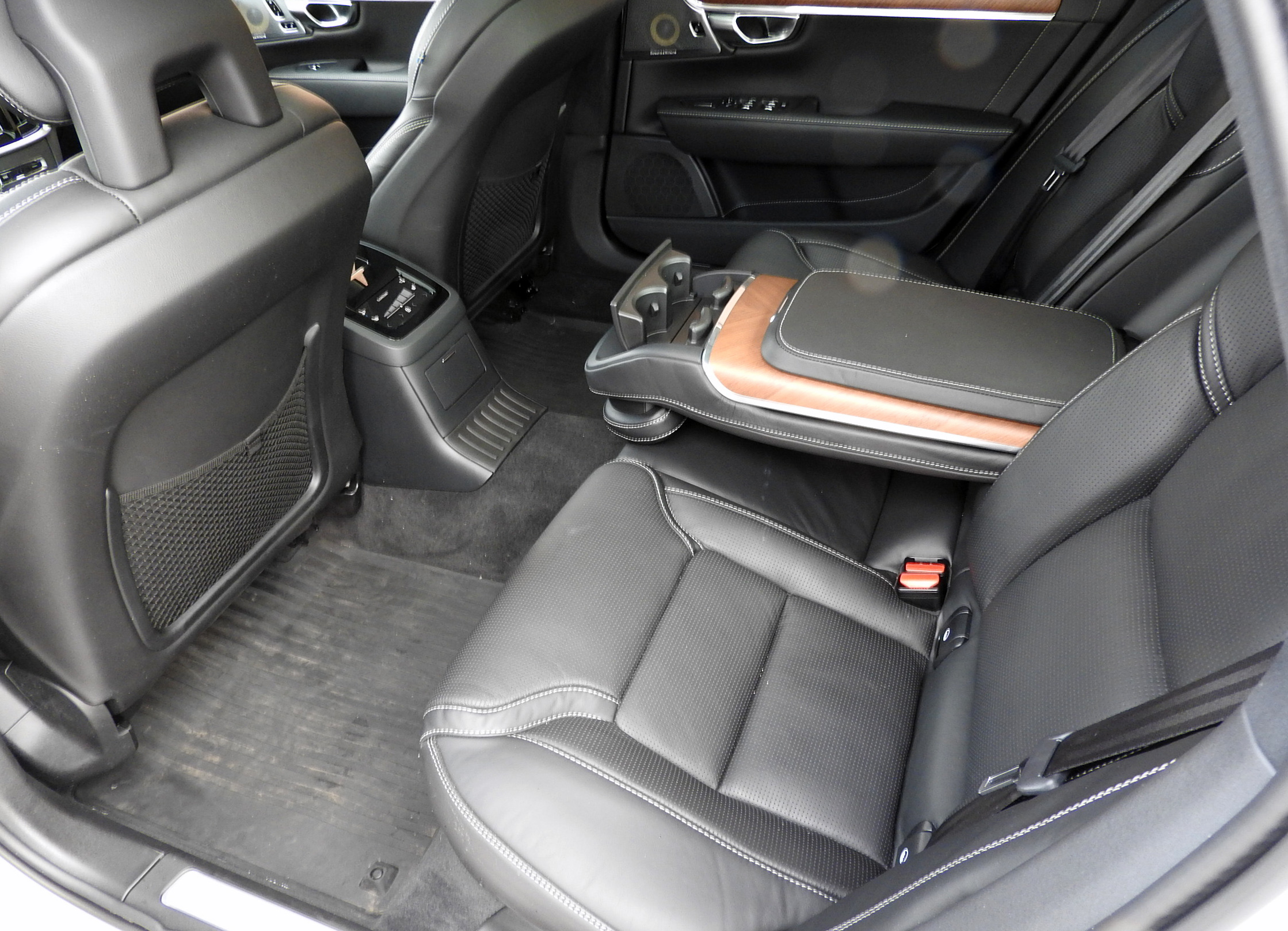 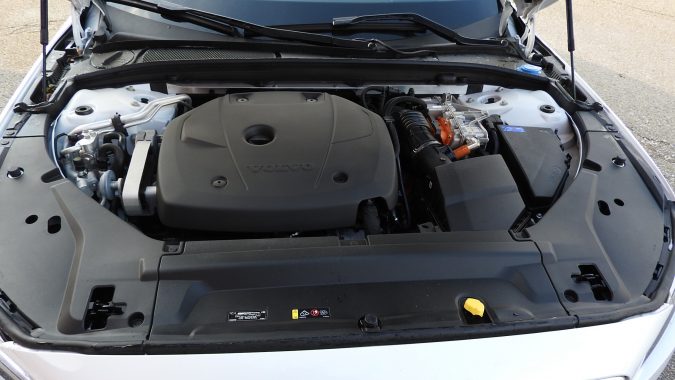 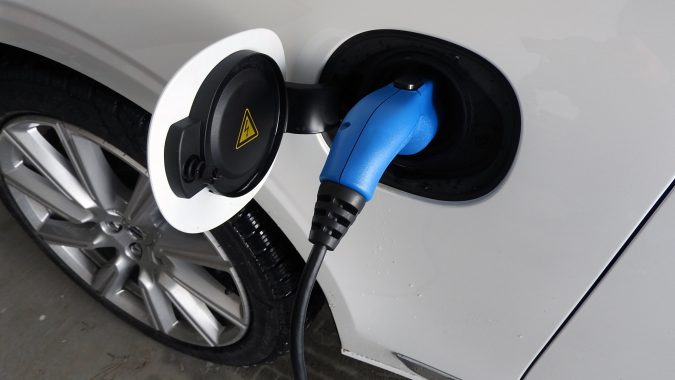 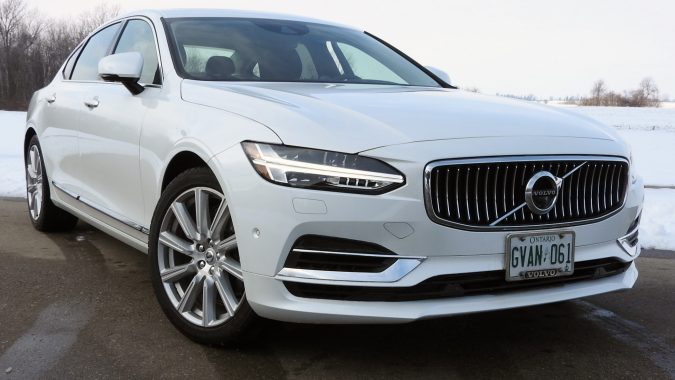 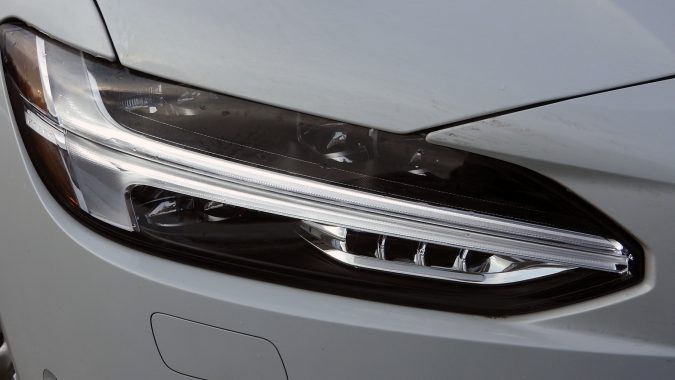 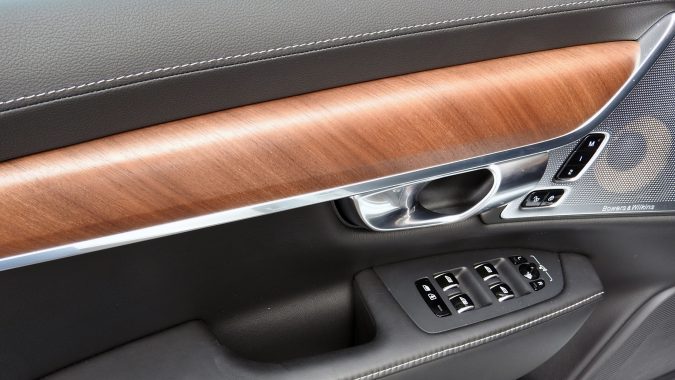 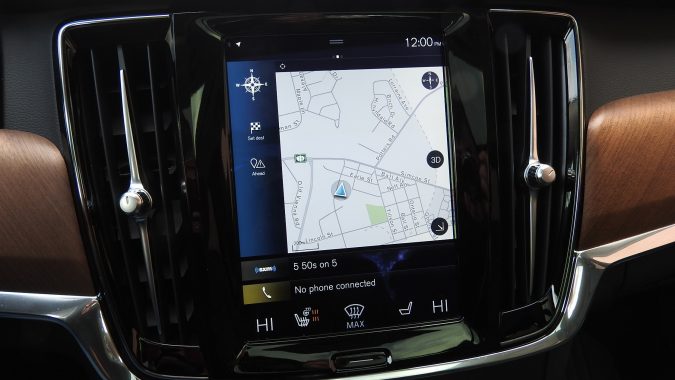 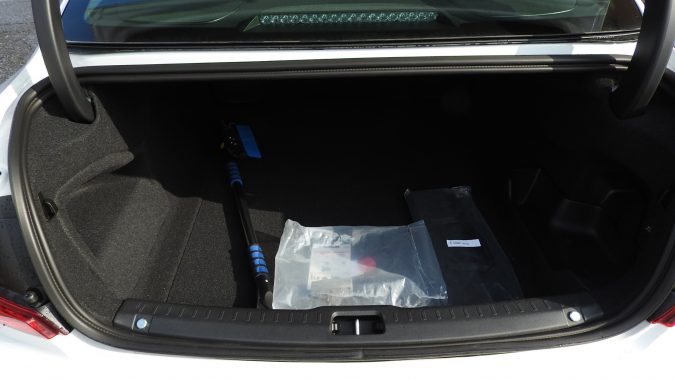 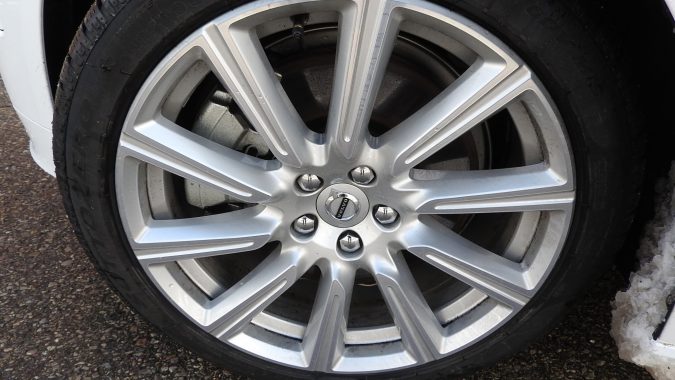