Think hybrid and a cheerful little sedan that’s trying to save the planet probably comes to mind, not the 2018 Porsche Panamera Turbo S E-Hybrid.

With a top speed of 310 km/h, getting to the promised land of a smog-free world means you’ll be do it at three times the Canadian legal speed limit — making it the fastest hybrid in the world.

Its plug-in capability allows it to travel up to a claimed 50 km on electric power alone and it vaults from 0-60 km/h in 6.0 seconds, which is also pretty quick.

All this is possible due to the breakthrough electromobility lessons learned from the 918 Spyder super sportscar. 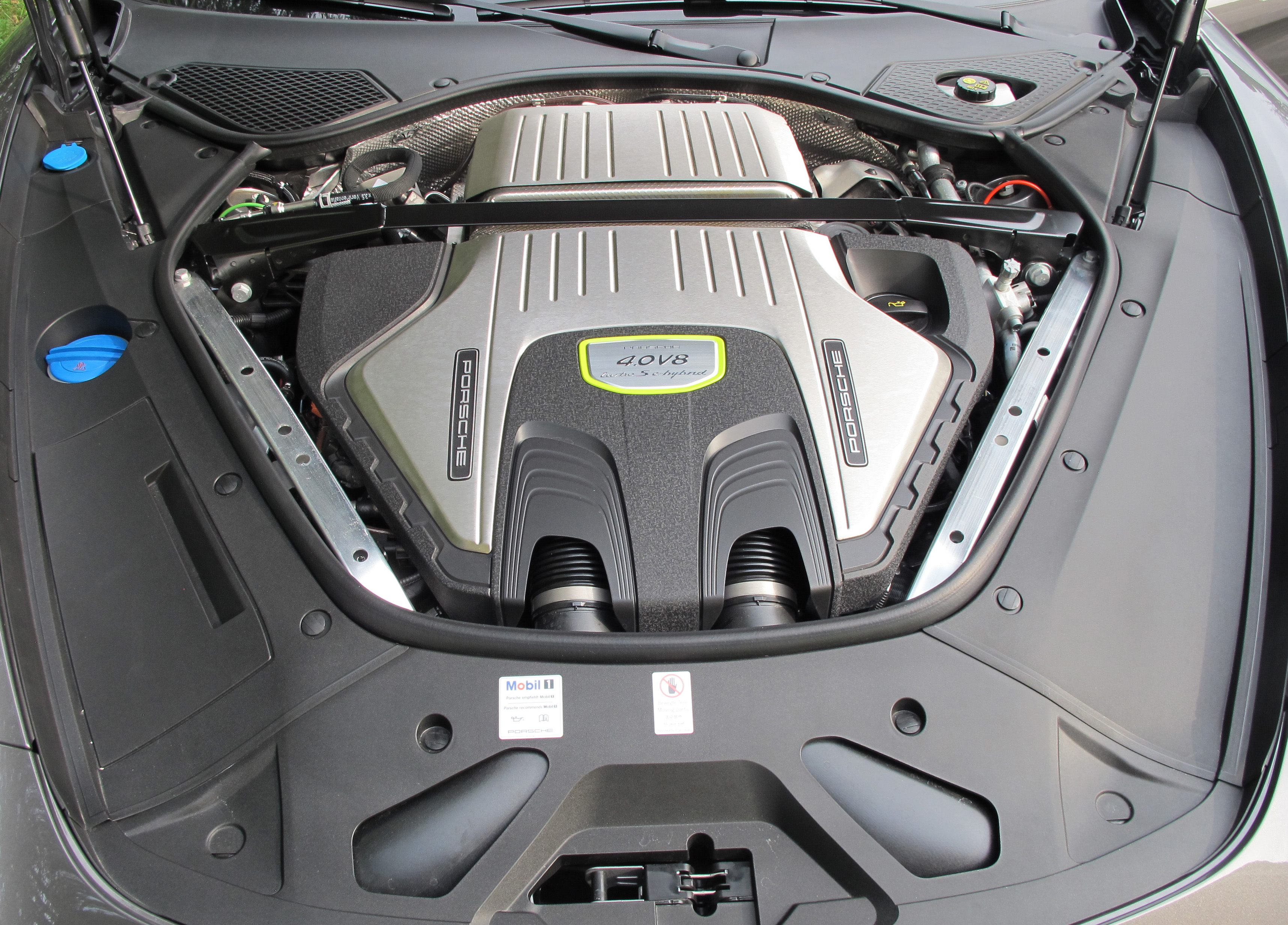 At the tail is a liquid-cooled 14.1 kWh lithium-ion battery with charging that can be started via the Porsche Communication Management (PCM) system or a Porsche Connect app (for smartphones and Apple Watch). Interestingly, the Panamera Turbo S E-Hybrid is fitted with auxiliary air conditioning to cool or heat the passenger compartment even during charging.

This is one of the great highway cruisers of our time and a perfect ride for my annual trip to the Fleetwood Country Cruize-In near London, ON, staged by Steve Plunkett and this year, as always, a magnet for thousands of wonderfully loved cars old and new.

The car is so smooth it’s best to travel on cruise, as it creeps up beyond the speed limit before you know it.

Being a Porsche, signature cues remain – sort of.

The dummy ignition tab is found to the left of the steering wheel. The classic Porsche five-pot main instrument cluster remains — with the large centre analog rev counter just where Dr. Porsche intended it to be. 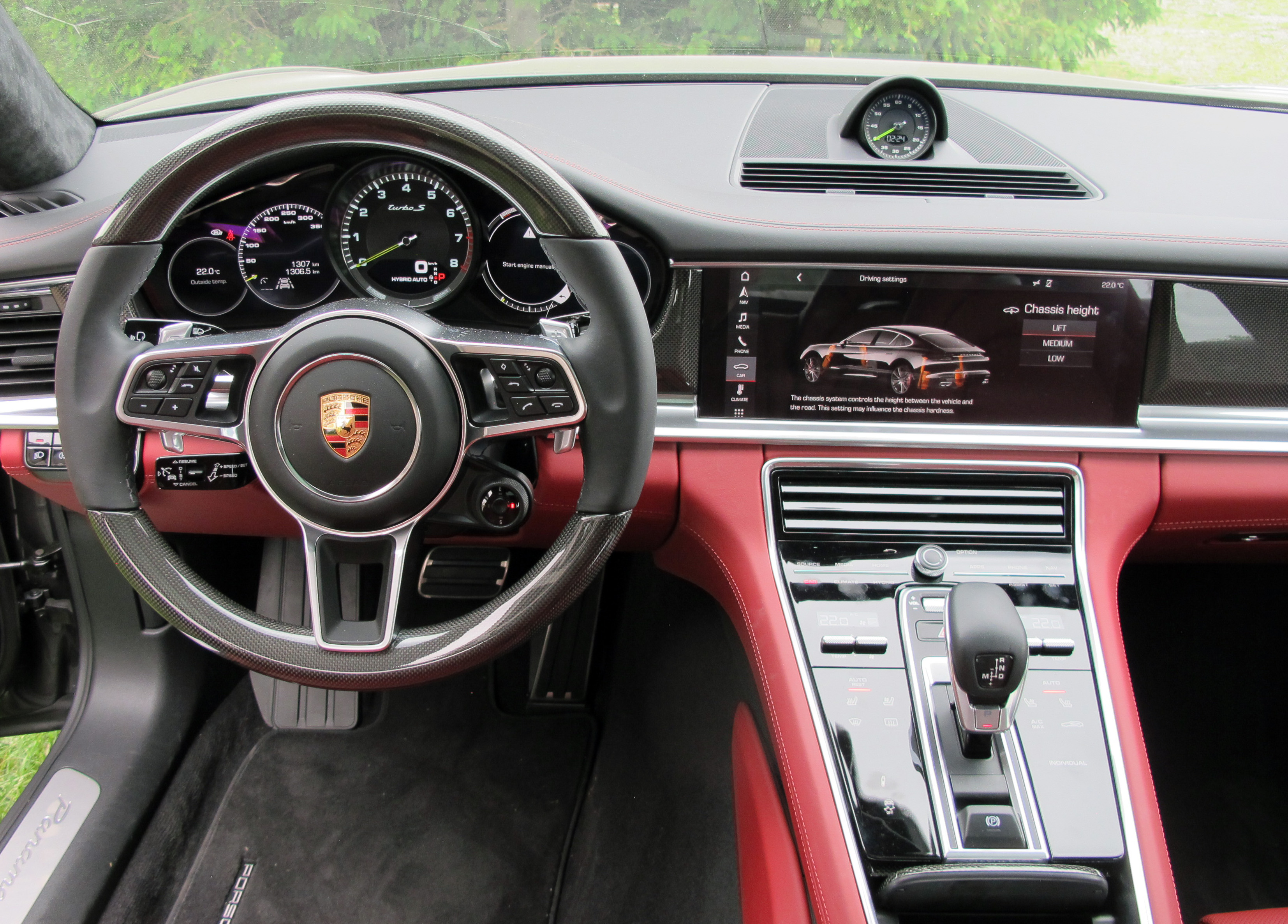 But the two secondary gauges on each side are replaced by seven-inch screens that, to me, just aren’t the same, but are easier to read at a glance.

The imposing, and impressive, row of toggle switches running down the length of each side of the centre console is replaced by a black touchscreen that takes some getting used to.

These brakes with 21-inch alloy wheels are standard, as are front and rear heated seats and a 710-watt Bose sound system.

The standard three-chamber air suspension is much improved over the two-chamber system of previous Panameras.

It can lift the body 20 mm over uneven surfaces and can lower the front axel by 28 mm and the rear by 20 mm, making it closer to the ground at higher speeds for a lower centre of gravity and better aerodynamics. 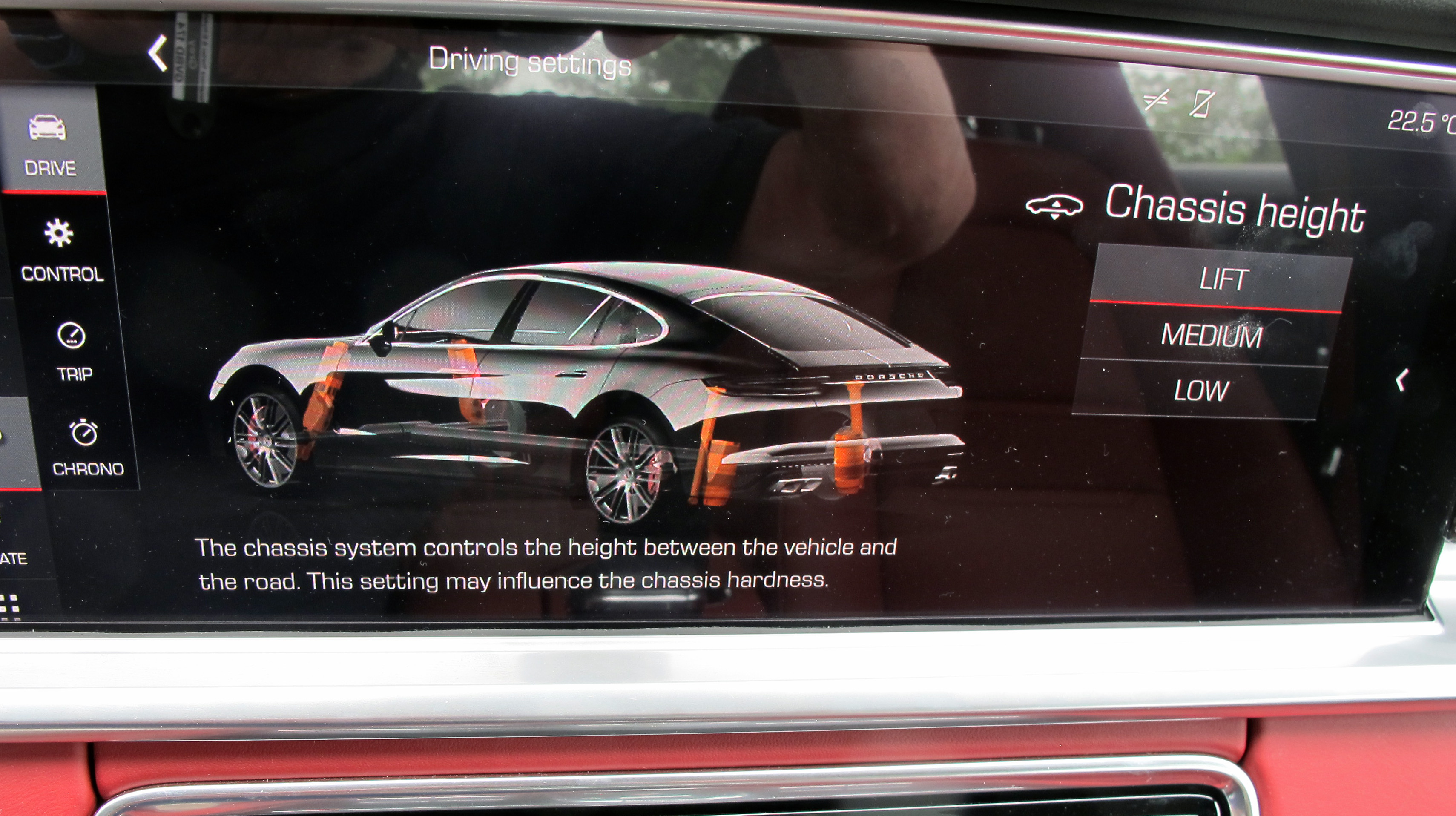 This standout feature is what Porsche calls its 4D Chassis Control that is a networking system that collects data from all three dimensions (lateral, vertical, longitudinal) and feeds the information in real time to all chassis systems — creating a virtual fourth dimension.

Putting it as simply as possible, when entering a corner, the electronic dampers, adaptive air suspension, rear-wheel steering and the drive modes calculate and send out the optimal responses to each system for maximum stability and grip.

On the highway with the adaptive cruise and lane keeping assist on, the drive to and from the Fleetwood Cruize-In was effortless, to the point that I kept my hands on the wheel, but let the Panamera do the rest.

With the Drive Mode sent on Sport +, I unleashed the Panamera on a little undulating road I know out near Sarnia and pushed – within reason.

As I found out a few weeks ago on a first drive of the 2019 Audi A6, the air suspension and rear-wheel steering provides a world of difference — making the Panamera (at a hefty 2,795 kg) feel like something much smaller in terms of response to driver inputs, especially steering.

As for fuel consumption, it runs on super premium and over more than 600 km, mostly at highway speed, I averaged 9.9L/100 km combined.

Porsche claims an all-electric range of 25-50 km, you can go a long way doing short errands and keeping the battery topped up. FYI, about 25 km is what you should expect in real world conditions.

I think we’re all agreed it’s time for everyone to embrace an automotive future where greenhouse emissions are a thing of the past and what better way to do it than in a Porsche Panamera Turbo S E-Hybrid. 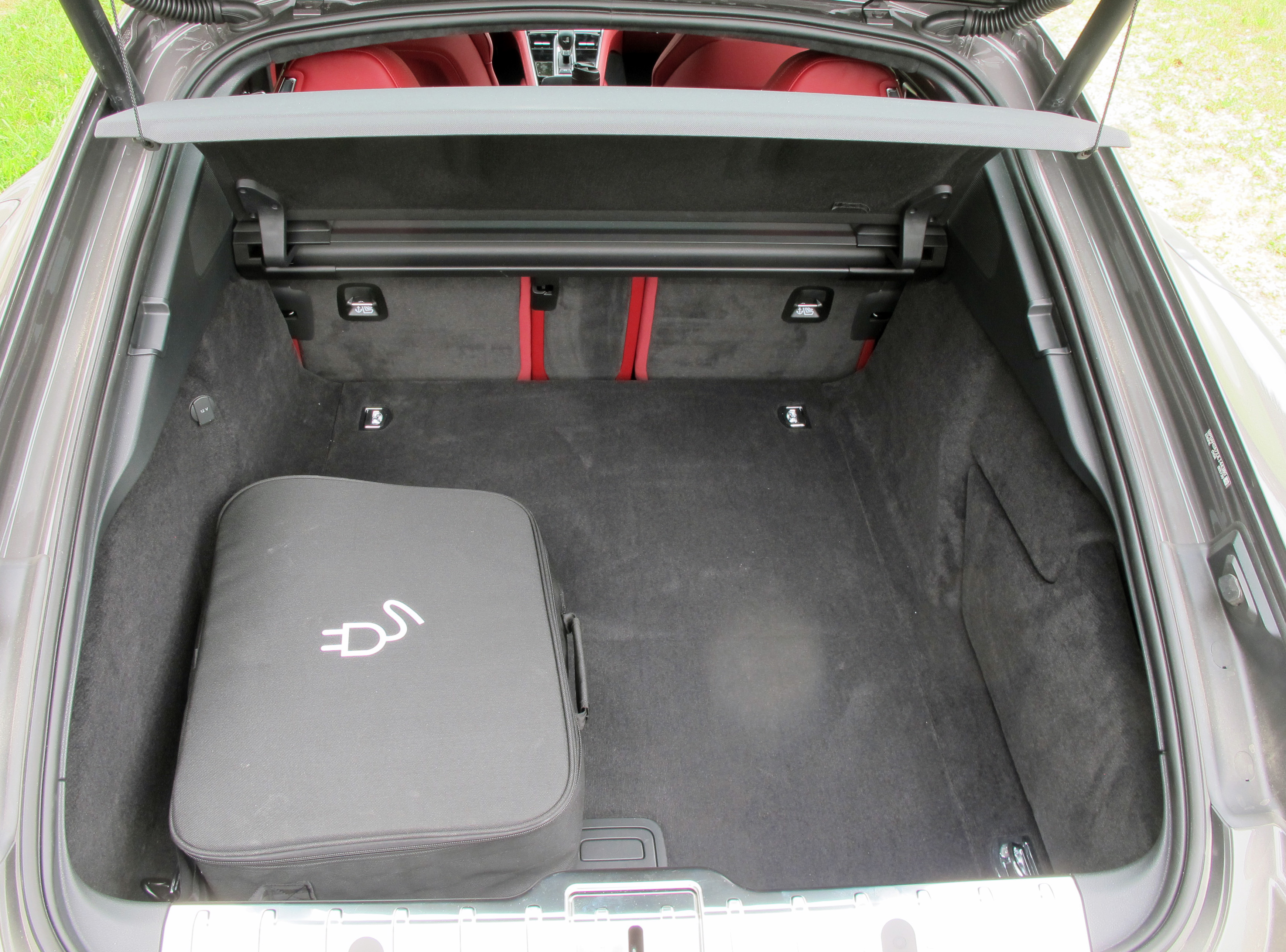 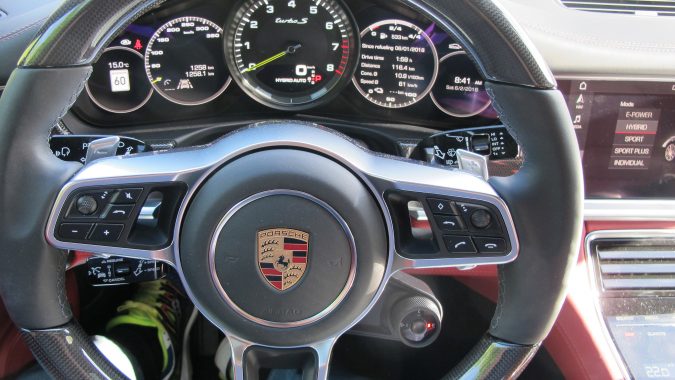 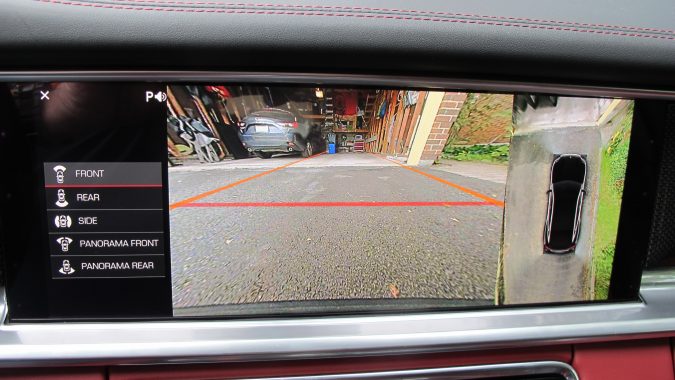 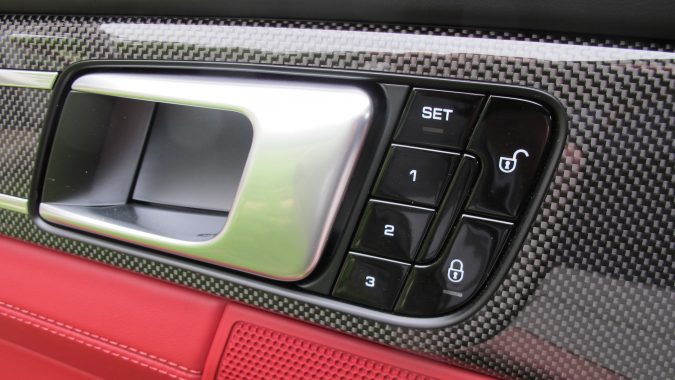 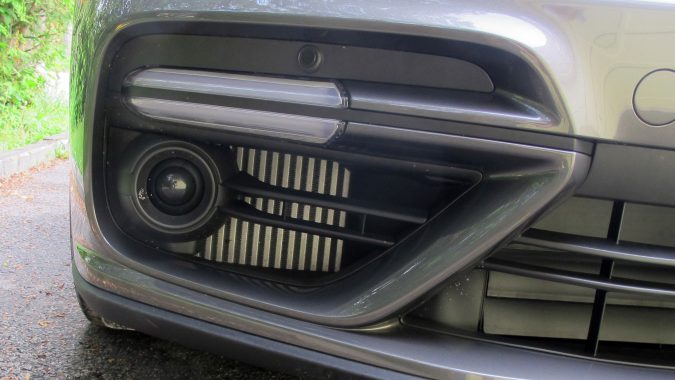 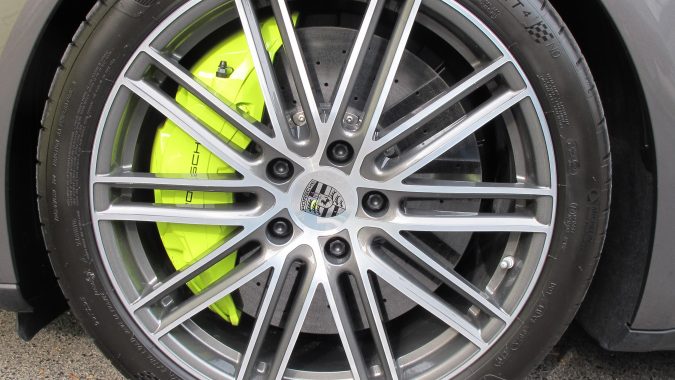