Striking style is front and centre with the NX. This progressive compact SUV features a distinctive diamond-shaped body with bold character lines, combining the powerful presence of an SUV with the dynamic agility of a sports car.

PENTICTON; BC: The Lexus NX was introduced to us in 2014 as the NX200t/NX300h and was caught up in the new Lexus spindle grille controversy.

At the time it was futuristic and bold and caused a bit of a stir.

Now three years later the spindle grille is now seen as the face of Lexus and has been widely accepted.

Now Lexus Canada’s second best seller has changed its name from the NX200t to NX300 with the hybrid keeping its original moniker NX300h, to reflect the name change it has gone through a mid-cycle refresh that includes exterior styling, interior refinements as well as the addition of new safety features. 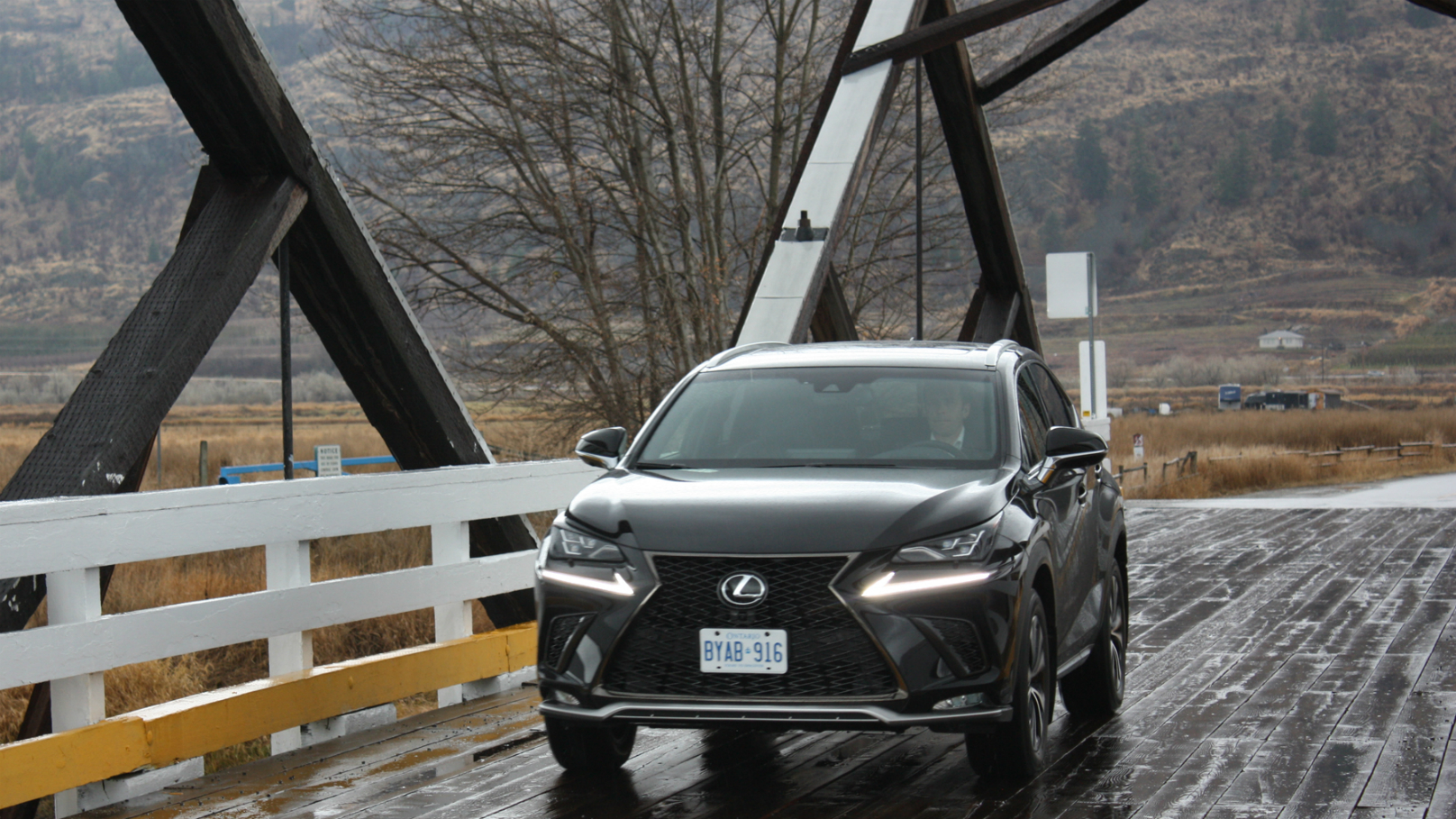 The NX still comes in three flavours, the NX300 and NX300 F-Sport – both are still equipped with same 2.0-litre twin scroll turbocharged inline four-cylinder that produces 235 hp and 258 lb./ft. of torque.

The third is the NX300h Hybrid that still comes with a 2.5 Litre, four-cylinder Atkinson Cycle engine with the Lexus Hybrid Drive that operates two electric motors in the rear while the engine powers the front two wheels to produce 194 hp.

Up front the distinctive spindle grill has been pulled down and is now flanked by new functioning air intakes that help with engine and brake cooling. Newly designed bi-beam LED headlights freshen it up and smooth out the lines of the hood.

The F-Sport gets the upgraded triple beam LED headlights as well as a new mesh style grille. The taillights have been stretched out helping to make the new rear diffusor accentuate the NX’s low, powerful stance. 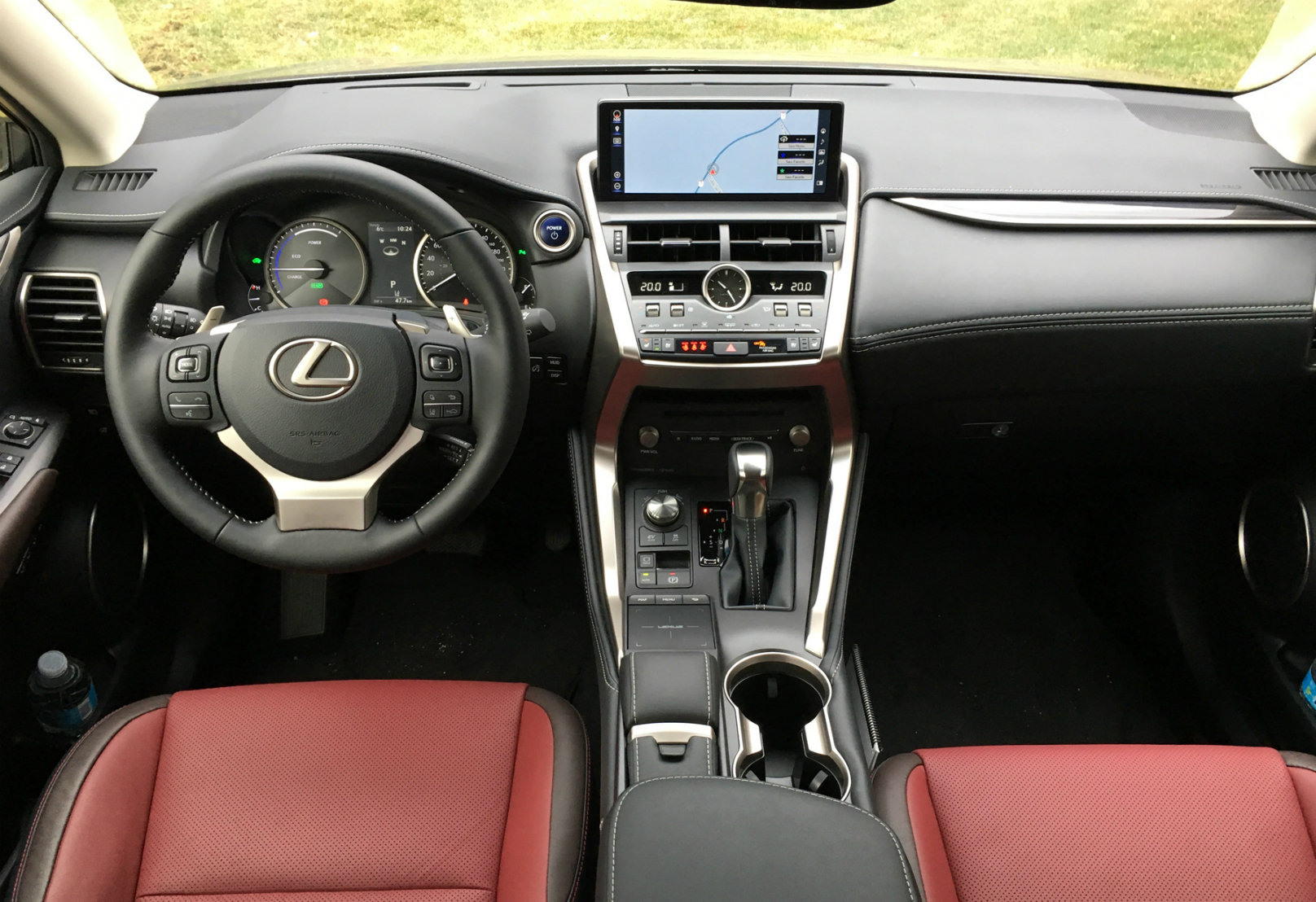 The suspension has been upgraded across the board with revised shocks and bushings, with the F-Sport Series 3 getting an updated version of the variable adaptive suspension that responds quicker to changing road conditions.

I got to drive the F-Sport Series 3 as well as the fully loaded 300h.

I have to commend Lexus for the design of the front seats. We had a full day of driving and never once did I feel uncomfortable, the lumbar support as well as the easily obtainable driving position made a huge difference.

The interior is nicely laid out and pleasant to the eyes, especially with the new Rioja Red seating in the 300h.

All controls are easily read and within easy reach.

The cockpit wraps around the driver giving the impression of driving a sports sedan rather than a CUV. The materials and fit and finish were exceptional, Lexus have managed to maintain their luxury brand feel even managing to equip the NX with a detachable vanity mirror that makes up part of the arm rest.

The infotainment system is controlled by a track pad that is conveniently placed on the centre consul, awkward to use at first, but it becomes second nature as you become accustomed to it and its nuances.

The 2.0-litre engine had no trouble handling the hills and tight corners during my drive in the Okanagan Valley. It is spritely and responsive even when pushing it into some tight bends, it remains remarkably flat with plenty of steering control.

The F-Sport Series 3 comes with the variable adaptive suspension and when you change the vehicles set up to Sport+ it comes into its own. It seems like it hunkers down and means business. 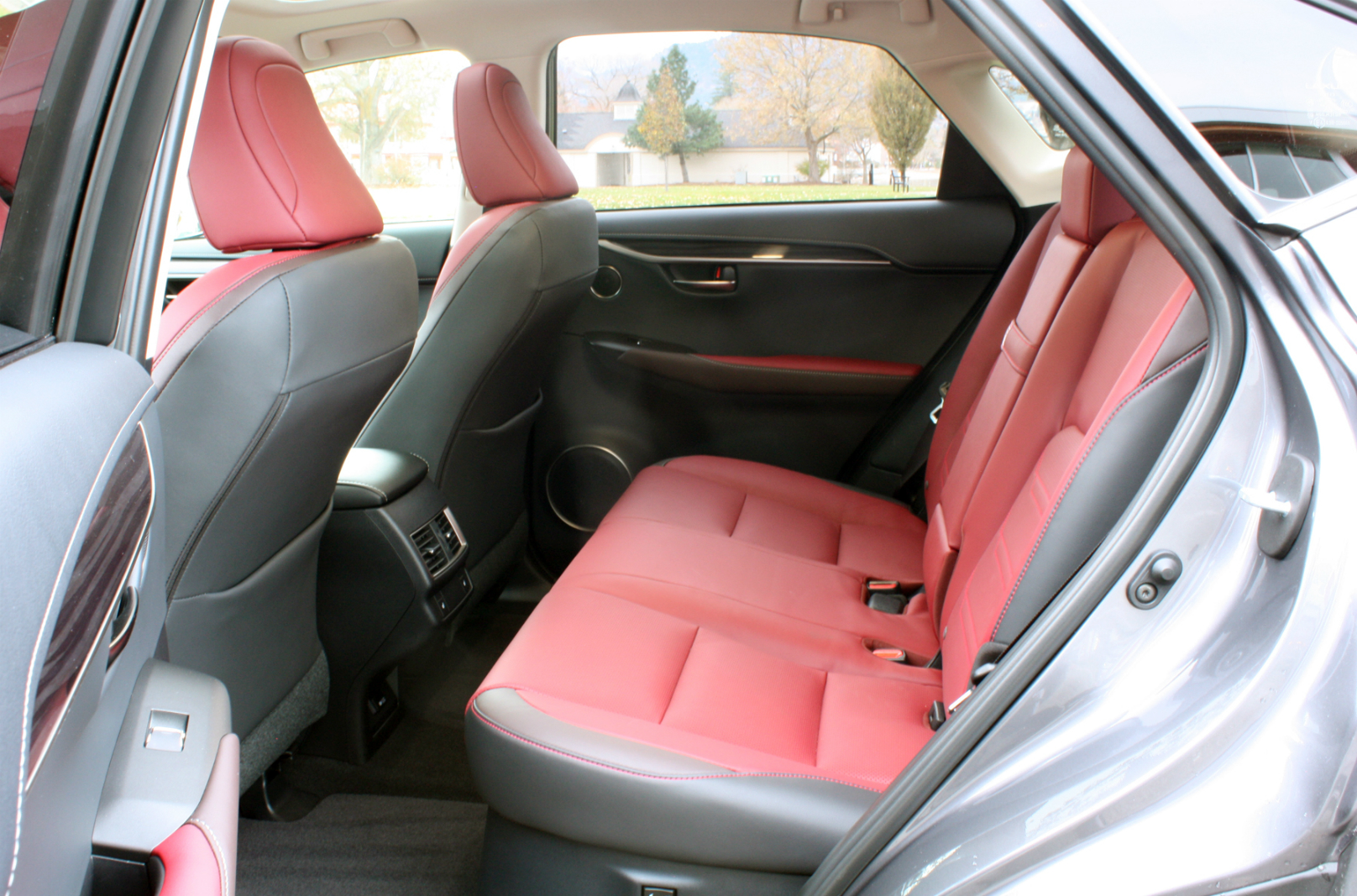 Using the paddle shifters to change gear gets the engine roaring especially when holding it close to the red line. Cornering becomes even more controlled especially on some of the switchbacks I was driving. Road noise is very well contained and on long flat roads the F-Sport is smooth and quiet.

The 300h was a bit different I did notice that the engine seemed to rev noticeably higher, especially on some steep inclines, but to be honest I think this was caused more by my uneconomic driving style rather than the engines performance.

On the flat (and when driven properly) the 300h handles eloquently especially when running off battery power, it is so quiet with very little transmission of road or wind noise.

The NX300 and 300h are being targeted at the under forty market, the exterior styling, interior refinements and plethora of available safety enhancements make it very relevant in this class, especially when you add the usual standards of luxury supplied from Lexus. 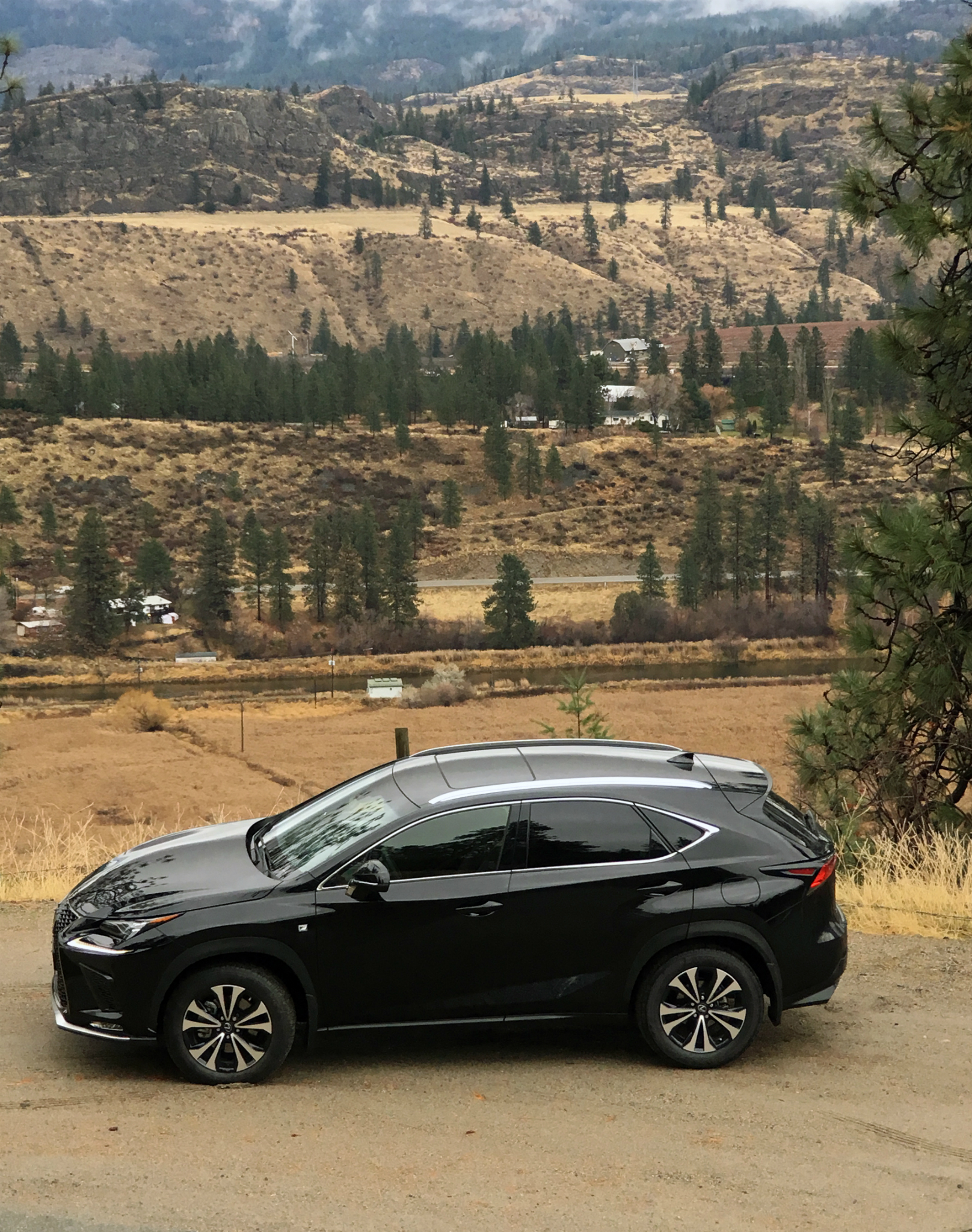