Replacing the previous XJR the new R575 is now only available in the long wheelbase model.

It’s hard to believe that the current XJ series is now the oldest car in the Jaguar line up.

First introduced in 2009 it caused somewhat of a stir, as it was such a radical change from the traditional Jaguar design lines that it genuinely upset a few of the party faithful.

Now nearly nine years later this flagship sedan has been accepted by new and old Jaguar customers alike and is still seen as the stately form of transport for heads of state and industry leaders across the globe.

At first glance the new XJR575 doesn’t really stand out from the regular XJ’s, apart from functional hood air ducts, larger brakes and a couple of “575” badges.

It’s not until you get inside and start the engine that you know that this R575 is truly different from the rest of the series.

Replacing the previous XJR the new R575 is now only available in the long wheelbase model. 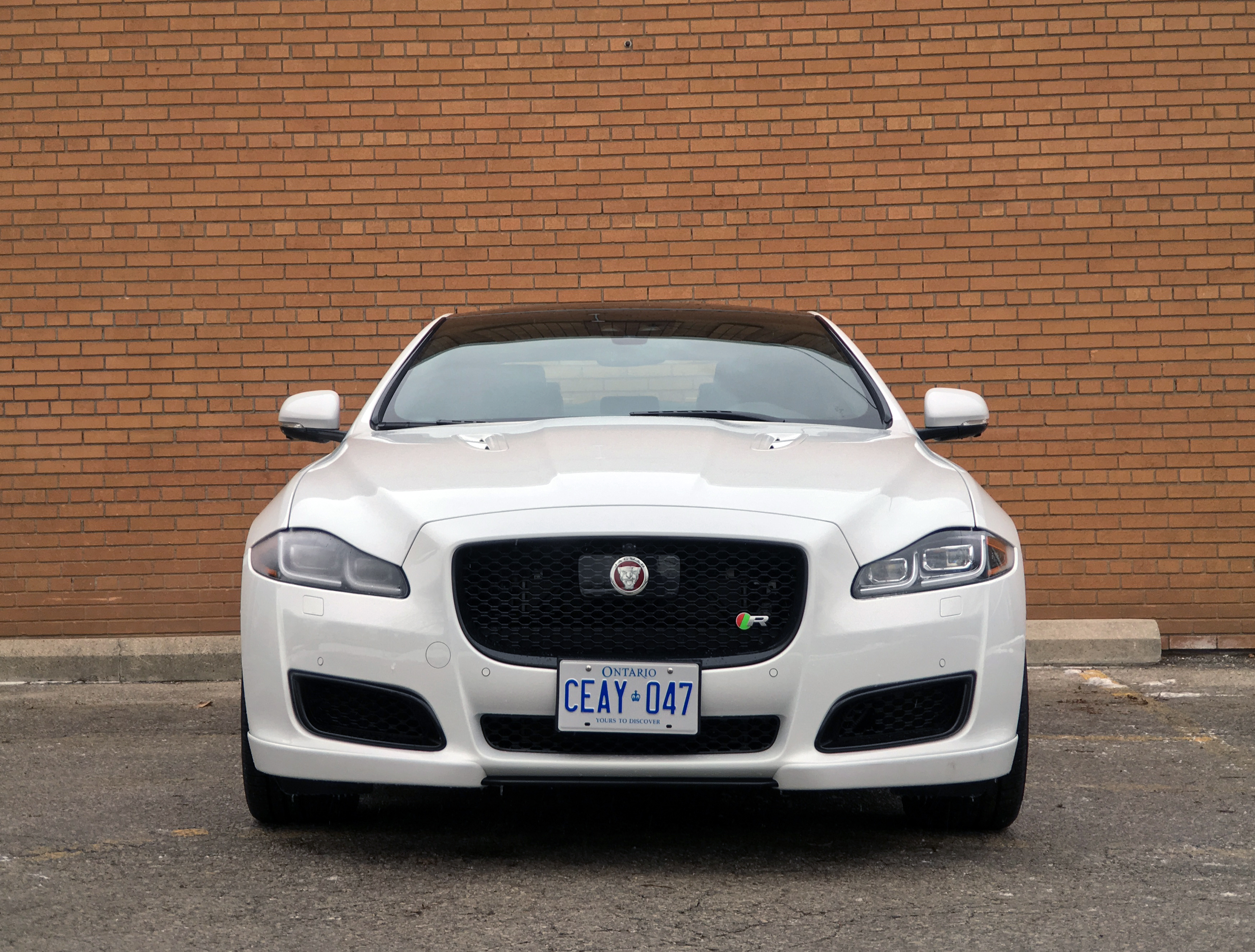 It is still powered by the superb supercharged V8 engine borrowed from the F-Type R but an additional 25 horses have been added under the hood from the previous model, and as the name suggest, the horse power is now rated at 575 hp with 517 lb-ft. of torque.

The cabin design is one of the most functional and pleasing to the eye that I have seen in a long time.

The fit and finish as well as the materials used are certainly fitting for a car of this calibre and price range. The black leather seating is neatly finished off with red stitching that helps enhance the diamond sew patterned quilted seats.

The front sport seats and rear passenger seats come with the 575 embroidery on the upper back of the seat adding a touch of sportiness to the whole vehicle.

The dash wraps around the front of the car from door to door again with the 575 name embossed centrally on the dash.

The digital instrument cluster is both bright and easily read.

The two large round climate air vents are mounted high on the centre column with an analogue clock neatly placed between them. The dash seems to encapsulate the driver giving the impression that the car is much slimmer than it actually is.

The new larger 10-inch infotainment screen is neatly tucked below the vents and the climate controls. Everything is within easy reach and easily controlled.

As you would expect the R575 comes with every conceivable electronic enhancement, with the exception of the Automatic Emergency Braking that has been removed for the 2018 model year, but Forward Traffic Detection has been added with the optional Surround Camera System instead.

If there was something that disappointed me during the time I spent in this Jag it was nothing to do with the car – it was the weather.

From the day I picked it up until I retuned it a week later it snowed and snowed. Now driving a 575 horsepower rear-wheel-drive vehicle in such conditions would normally be a big no-no. 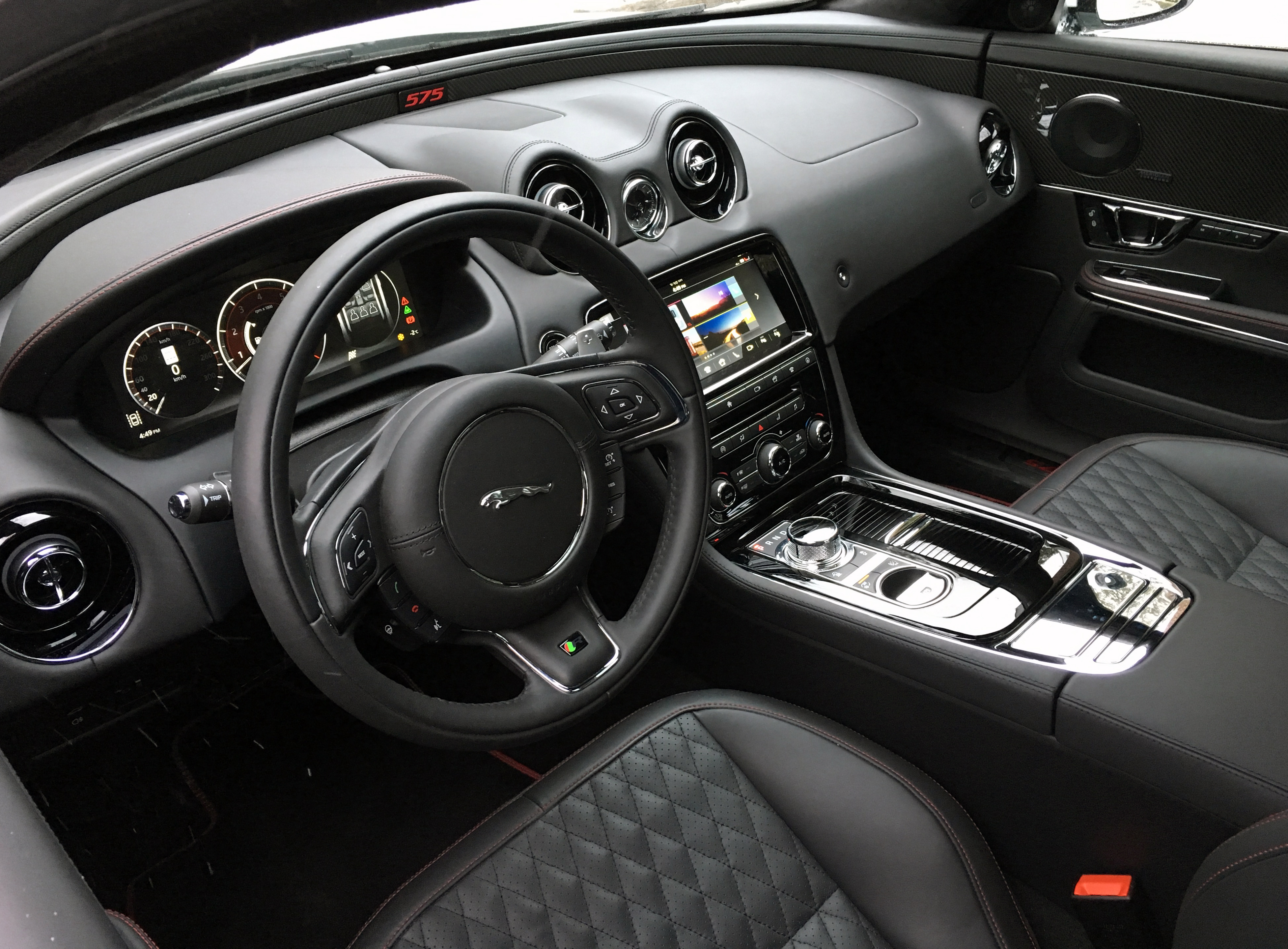 Thankfully this Jag came with Jaguardrive Control that had a Winter mode as well as Dynamic and Normal modes. This managed to keep it on the straight and narrow without much effort.

The one dry-road day, where I was able to put the Jag through it’s paces, was a pleasure. For a large full-size sedan this car is as agile as any sports car out there, acceleration is mind blowing especially when you have to remind yourself constantly that you are in such a large vehicle.

The drive is nimble and handling is superb especially when you set the car up in dynamic mode. It seems to handle anything you throw at it, especially when going into corners; it remains flat and even with the steering crisp and sharp.

The suspension does ride a little harder than the regular XJ models, but when a car is putting down this much power to the road, it has to be!

To be honest, this was as much fun I have had in such a large car for some time.

Everything thing seemed to blend together nicely; performance, comfort levels and over all driveability make this car a lot of fun to be in, especially as it is so unpretentious that only a certain clientele with a knowledge of performance cars will know and understand the true extent of its capabilities but like to fly below the radar without drawing much attention to themselves. 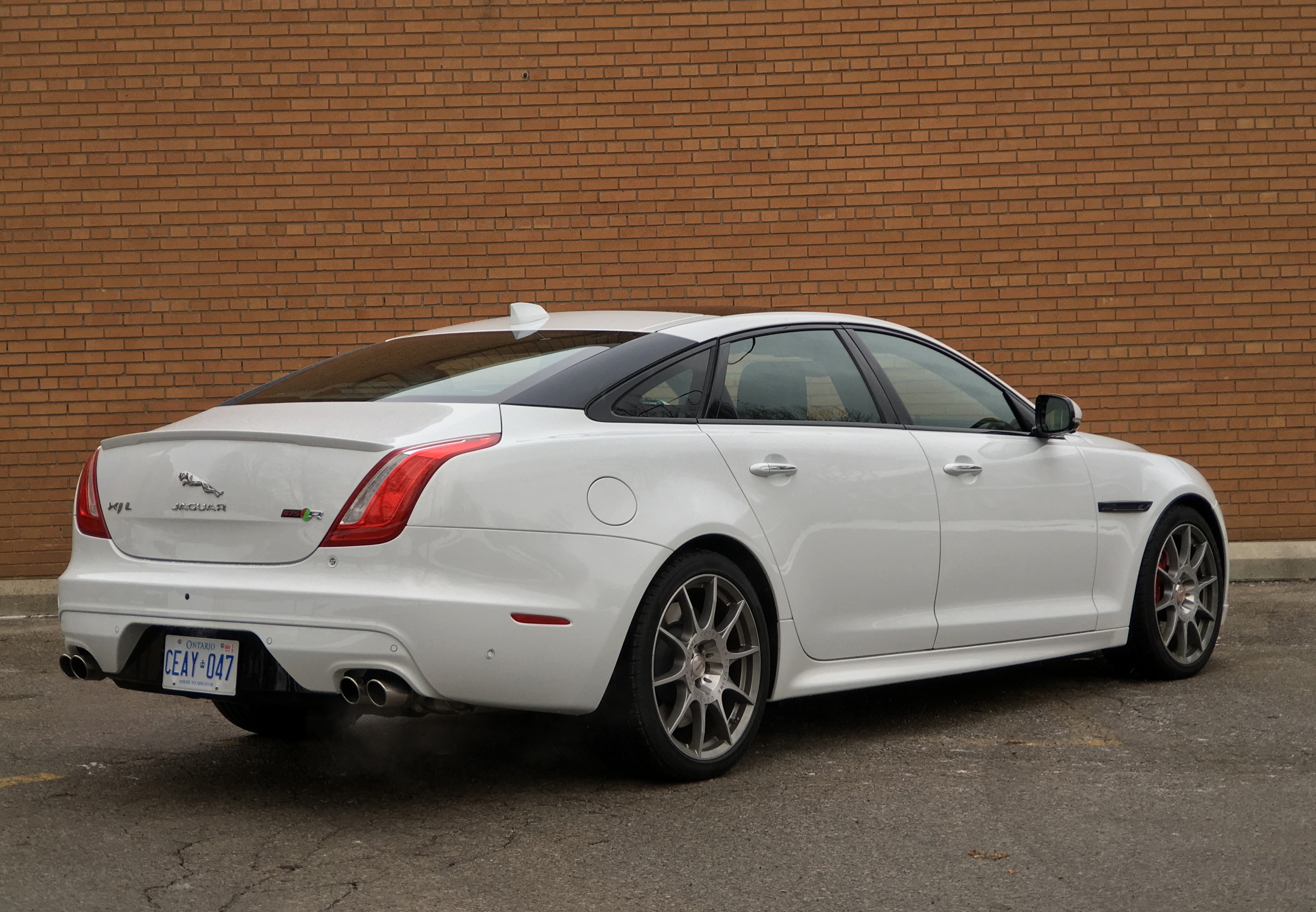 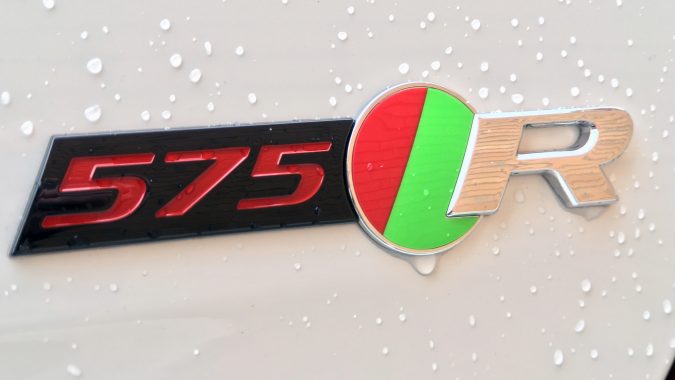 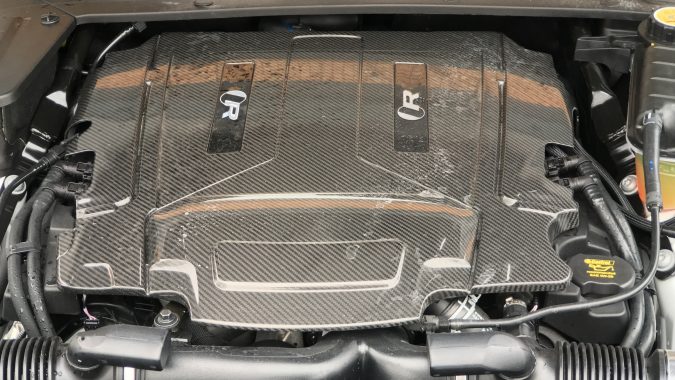 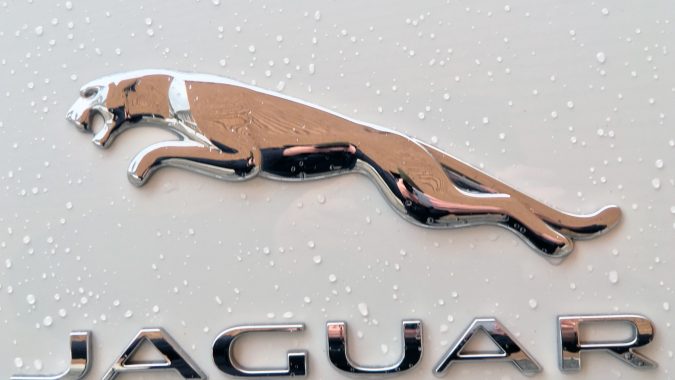 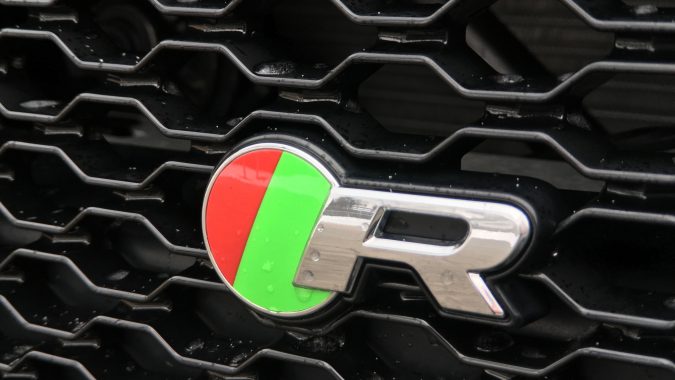 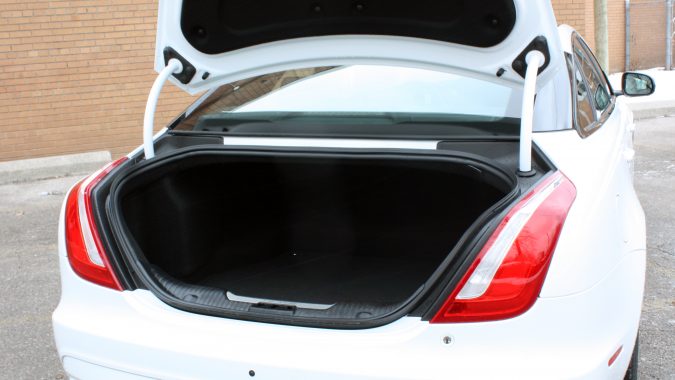