With very contemporary compact sedan styling, the 2018 Hyundai Ioniq PHEV (Plug-in Hybrid Electric Vehicle) is one of the most fuel-efficient cars currently on the Canadian market

Hyundai may not have been first to jump on the electrification bandwagon, but they sure are making the most of it — with vehicles such as the 2018 Ioniq PHEV.

In fact, Hyundai offers vehicles in the Hybrid, PHEV Hybrid and all-electric (EV) forms. The only other electrification method is hydrogen fuel cell, currently not available in Canada, but Hyundai is testing it right now.

So the brand’s got its electric bases covered.

Of the three, the PHEV makes the most sense to me because it isn’t solely dependent on the battery, as with the EV or needing a gasoline engine to do most of the work, as in the Hybrid.

The PHEV’s propulsion is based on a 1.6-litre Atkinson Cycle inline four-cylinder gasoline engine (104 hp, 109 lb/ft of torque) with a 45 kW permanent synchronous magnet (60 hp, 125 lb/ft of torque) for a combined 164 hp and 195 lb/ft of torque. Electricity is stored in an 8.9 kW lithium-ion polymer battery. 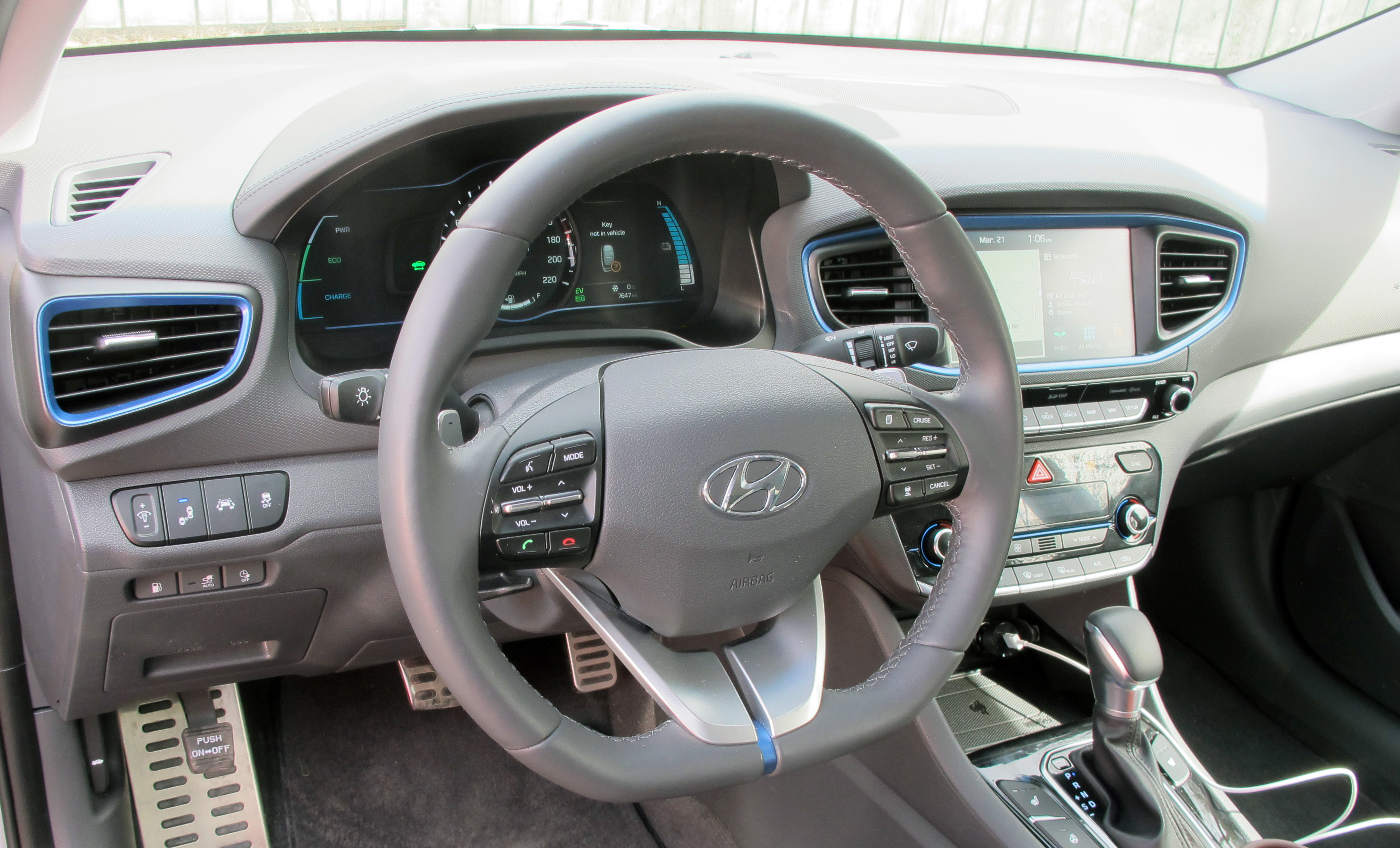 Drive is to the front through a six-speed dual clutch automatic transmission.

Fuel economy is rated at 4.5L/100 km combined using both the battery and engine, while battery only is 2.0Le/100 km combined. Natural Resources Canada says the average fuel cost to operate the PHEV is about $640 a year.

Because the polymer battery can be shaped instead of being a slab, Hyundai engineers were able to make it fit with minimal intrusion into the cabin and cargo area.

For instance, rear legroom is the same as the Ioniq Hybrid at 906 mm, even though the Hybrid has a smaller battery and the PHEV cargo volume is 650 litres compared to 750 litres on the Hybrid. Also the passenger volume for both is 2,724 litres.

The PHEV is shipped with a charging chord, which caught me out as, when I tried to unplug one morning, I pushed the release button and it wouldn’t budge.

After a cry for help to Hyundai, I learned the plug will not release if the car is locked – silly me, as it’s a sensible security precaution.

Hyundai says the EV (electric only) range is 47 km, which I’m sure it is with all the tricks such as coasting and regenerative braking being used to the max. But every morning after charging overnight the EV range was shown at 27 or 28 km. However, adding in the gasoline engine, predicted overall range was more than 900 km – not bad.

The Ioniq PHEV is very communicative when it comes to range, thanks to the info system.

Press one tab and a map appears with the PHEV in the centre of a circle, letting the driver see how far he/she can get on EV only.

Press another and a list of all charging stations within range in descending order from the closest is shown.

Audi goes electric with the A3 Sportback e-tron

Of course, you have to do a little mental math to figure out if you can reach a station that can get you back home and hope the charging port is not in use when you get there.

In my case, the closest was a Nissan dealership, where I don’t imagine they’d be too thrilled to see a Hyundai pulling in for a quick charge.

My week with the PHEV included a long run to see how much I could get out of the battery and engine.

There are buttons for “EV” and “Hybrid” drive modes located on the centre console and I opted for using EV in town and Hybrid the rest of the time.

Hyundai says it is possible to reach 120 km/h in EV mode only, but it seems counter productive to what using power conservation is all about.

My best result was 3.8L/100 km combined, which I’ll take any day of the week and I’m sure, with practice, getting down into the “2s” is more than possible.

My wife commented the other day that I’m bringing home more and more electric cars home these days and, thinking about it, electrification is no longer a side show, but now the mainstream.

Despite range anxiety and the unlikely possibility of there being a battery breakthrough, electrification has caught the attention of consumers.

And it’s vehicles like the 2018 Ioniq PHEV that are coming through on the expectation of helping make this a greener world. 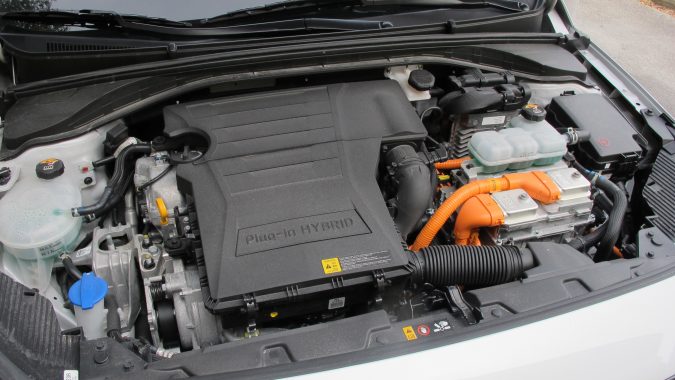 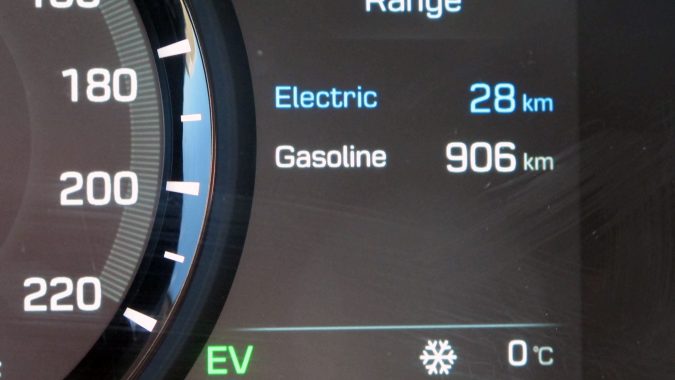 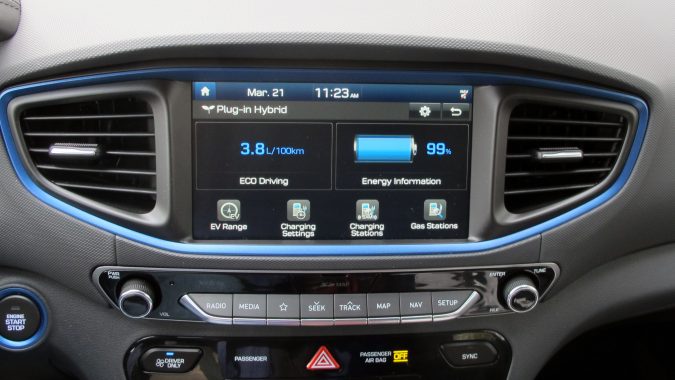 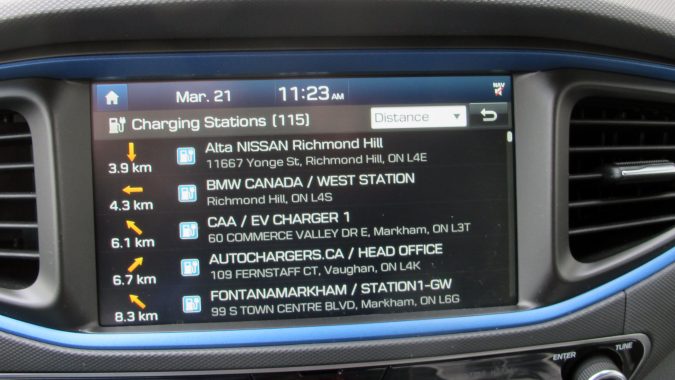 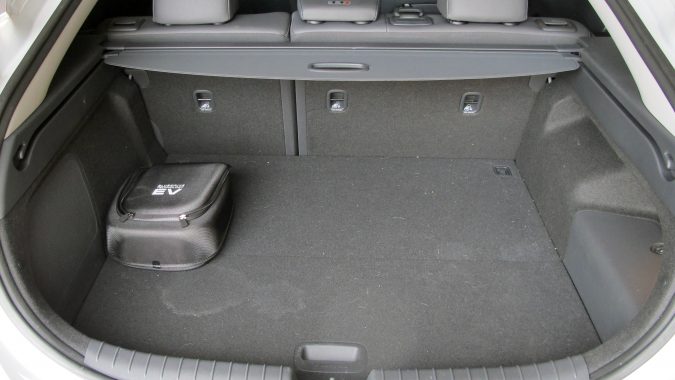 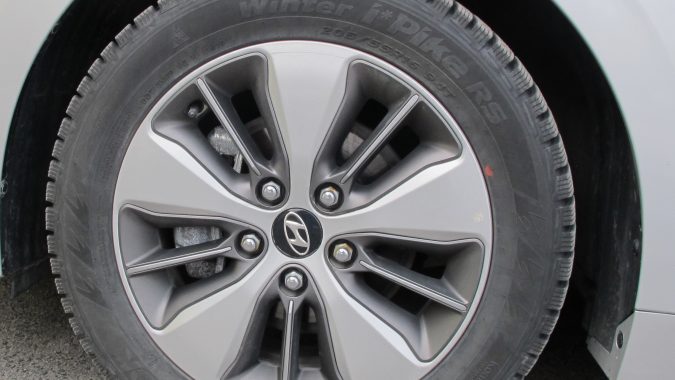