The Hyundai Accent has been the top-selling sub-compact in Canada since 2009. For the 2018 model year, improvements have been made all round, such as the now signature grille treatment found on the Sonata.

When Hyundai said I’d be driving a five-door, manual-transmission Accent, I expected a plain-Jane econobox.

But that’s not what I got.

When someone describes a small car as “cheap and cheerful,” that certainly applied to the Accent when it debuted in 1994 and was sold in many countries under many names, including France where it was called the Pony, a moniker Hyundai would like to forget here in Canada.

It was seen then as a replacement for the sub-compact Excel, which was an OK seller but not a standout.

The Accent was a different story — and along with the second-generation Sonata in 1989 and Elantra in 2001, it started the change in perception among Canadians about the quality of Korean automobiles. 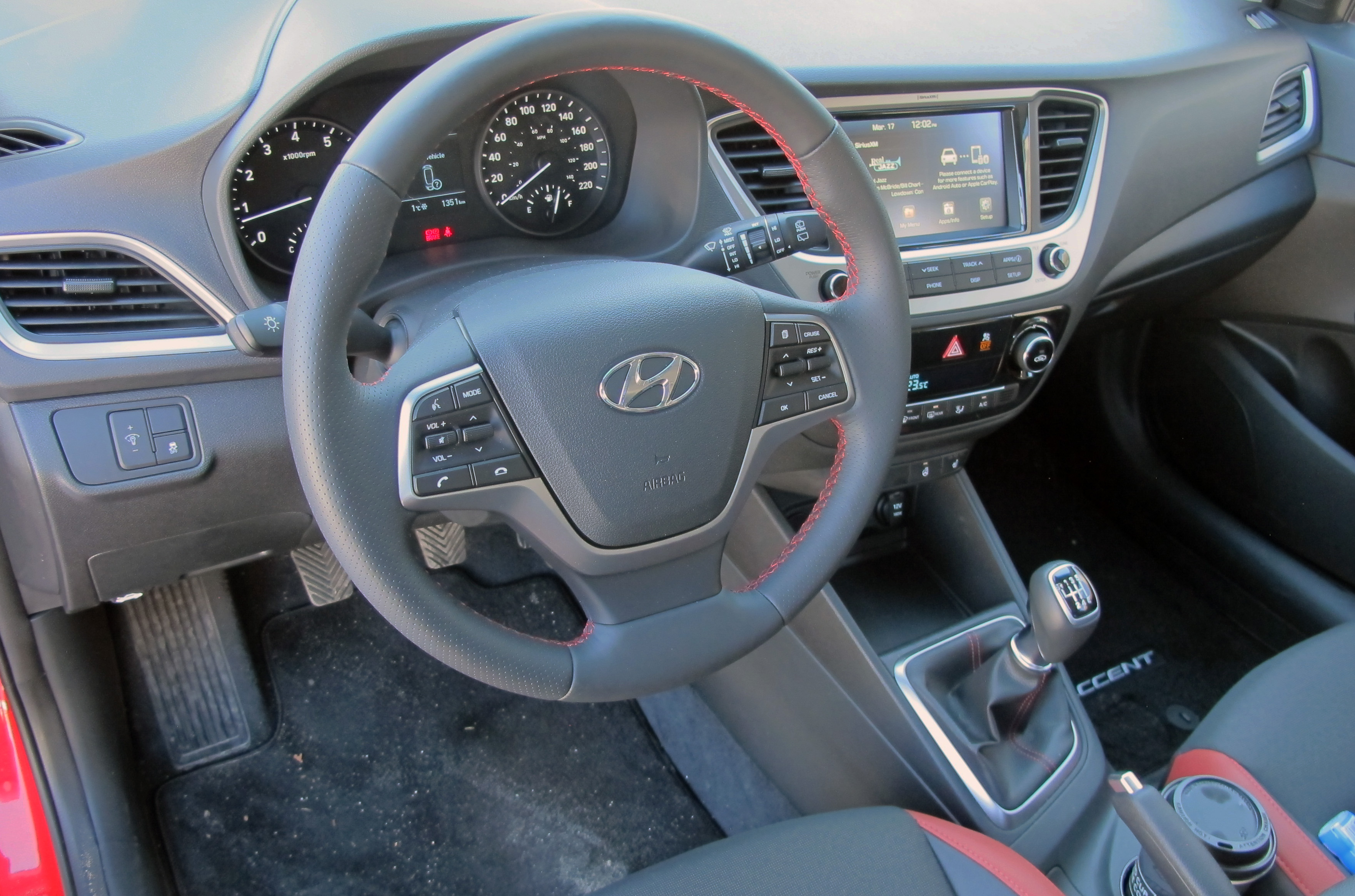 In fact, the Accent has been the best selling sub-compact in Canada since 2009.

Back in November I drove an Accent sedan at its Canadian press launch and noted it felt and drove like something bigger.

After a week with the Accent hatch, my impression hasn’t changed.

At the media introduction, the five-door was not available, although many of us wanted to try the one display model Hyundai had on hand.

While it is not offered in the U.S., Canadians love their hatchbacks and this fifth-generation Accent should continue to be attractive to them.

It’s still classed as a sub-compact, but that’s belied by a full 616 litres of cargo space behind the rear 60:40 split/fold rear seat.

And with a combined passenger and cargo volume of 3,192 litres, that says compact to me.

As in the 2018 sedan, Accent is powered by a 1.6-litre direct injection, inline, four-cylinder engine mounted transversely driving the front wheels through either a six-speed manual (as tested) or six-speed automatic transmission.

As noted above, this week’s tester came with the manual and if you ever wanted to learn how to drive a stick, the Accent is a great place to start.

Both the throws and clutch engagement are light and the shifter slots into the right gear with a positive feel. Likewise the clutch pressure tension of the pedal is progressive. Engine response was quick and steering was light and precise. 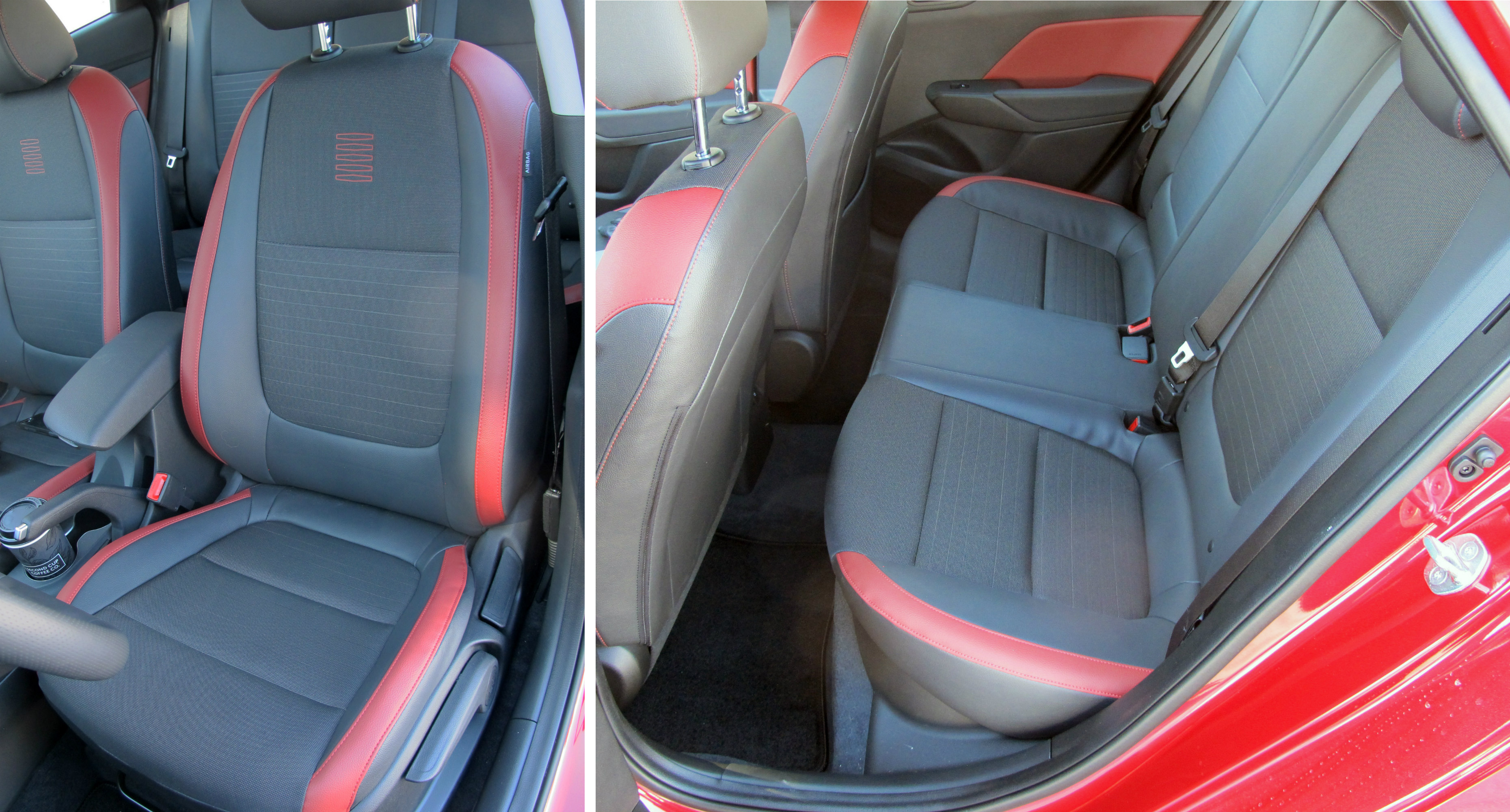 On a jaunt to the north, winter this year left a lot of deep potholes on the highways that, if you’re not careful, can damage the suspension.

The Accent is sprung by MacPherson struts at the front and a twist beam at the rear.

While multilink rear suspensions are now becoming common on small cars, Hyundai is sticking to the twist beam probably because it is cheaper, lighter and simpler.

There is some wind noise once you get up to speed and there was the sensation of tire noise coming from the rear, which I put down to the rear being empty. And because it is large, it was reflecting noise around the cabin.

The GLS is the only trim model with 17-inch alloys and all Accents come with a spare tire — not, thank goodness, an inflator kit.

Interior fit and finish was to a high standard and the seven-inch touchscreen on the GLS was visible even in direct sunlight.

The seats, with red inserts, lend a sporty look to the cabin and the trim materials, while plastic, don’t have that shiny look.

Gas consumption is good, too. After more than 200 km, I dropped the average from 9.4L/100 km when I picked up the Accent and got it down to 7.2L/100 km combined, which is within the NRCan ratings.

The 2018 Accent GLS is a nice package that not only looks good, but is good on gas as well. 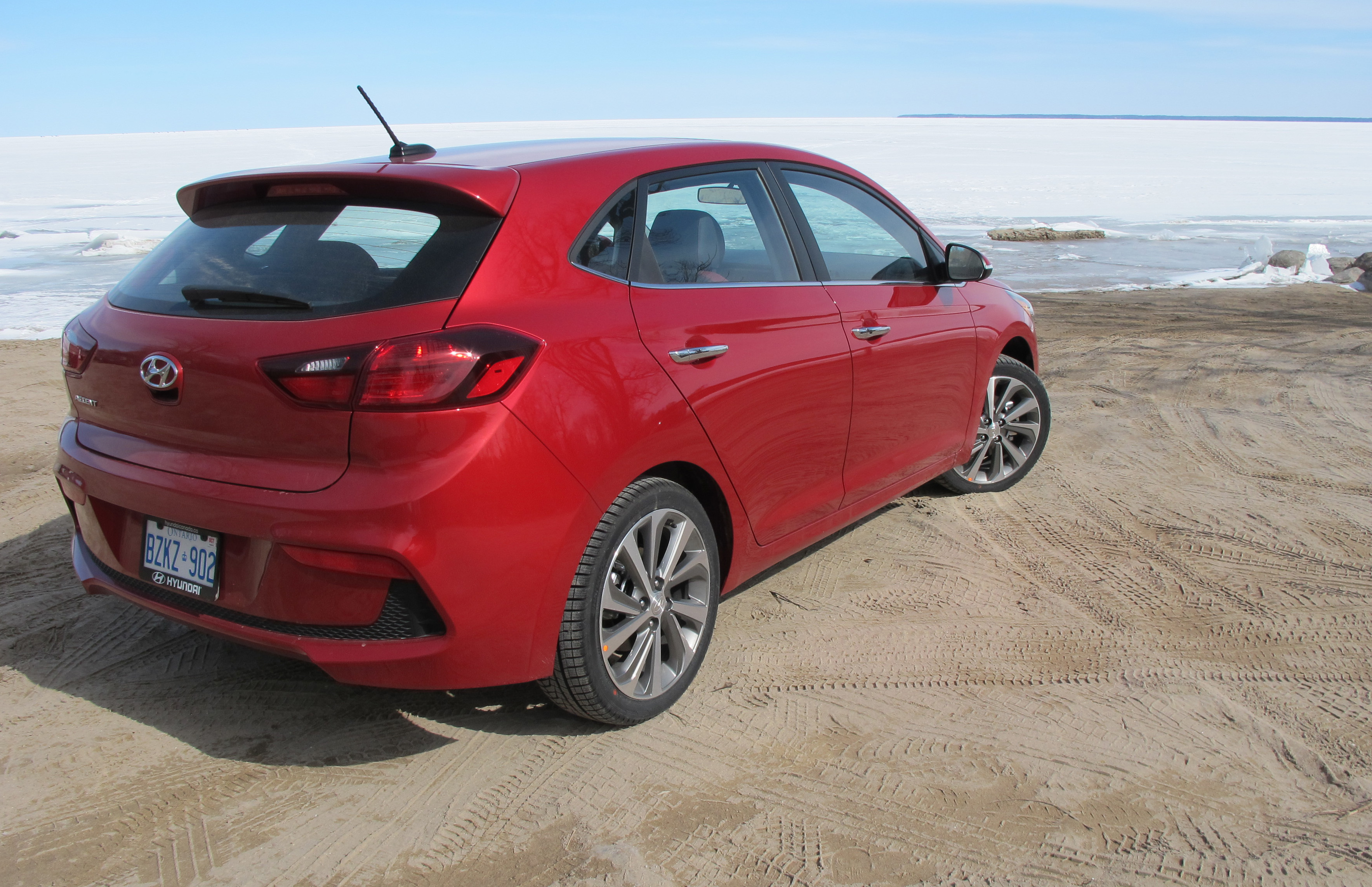 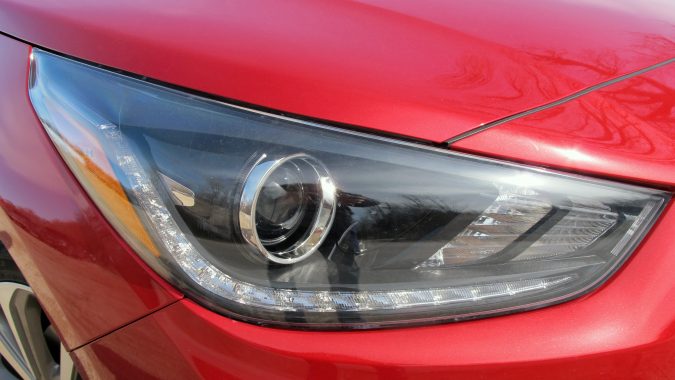 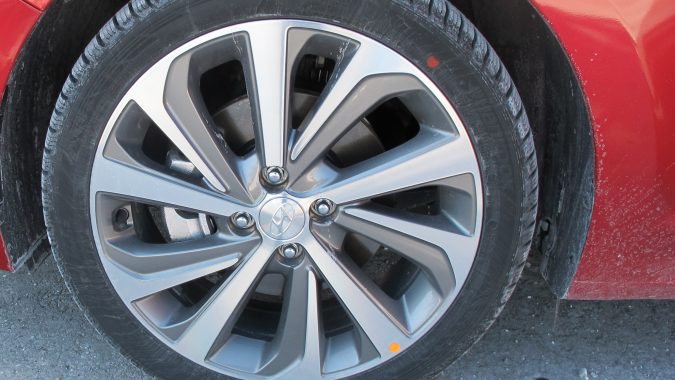 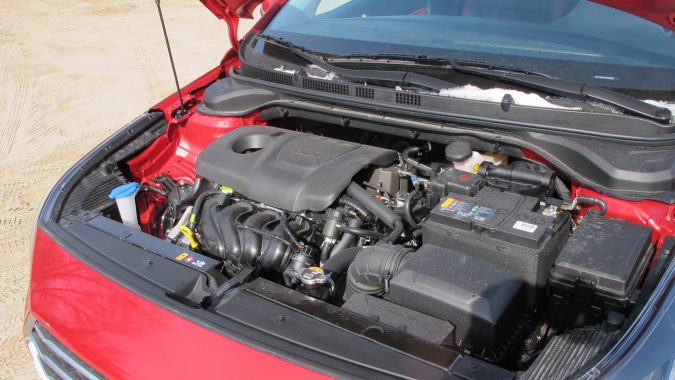 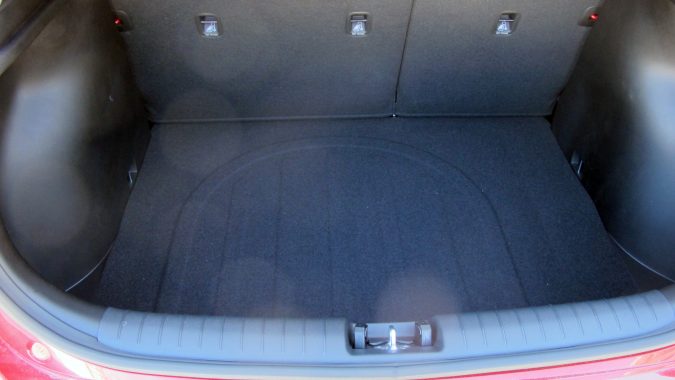