2018 Ford Mustang gets an Upgrade

With a styling refresh, 10-speed automatic transmission option and tech improvements, the iconic ride is ready to roll.

There’s also one pretty significant downgrade, at least from an historical perspective. The V6 engine has been dropped, which means for the first time ever (or as far as I can remember, which used to be the same thing …), you can’t get six-banger in a Mustang.

For much of Mustang’s life, the six has actually been the most popular engine, because Mustang, more so than most sporty coupes, has broad appeal to both male and female customers for whom flat-out performance wasn’t the main attraction.

The 2018 Mustang gets these upgrades just three years after the launch of this sixth generation (or fifth, if you don’t count the horrible Pinto-based Mustang II of the mid-’70s, which most Mustang fans would prefer to forget. Sorry …). 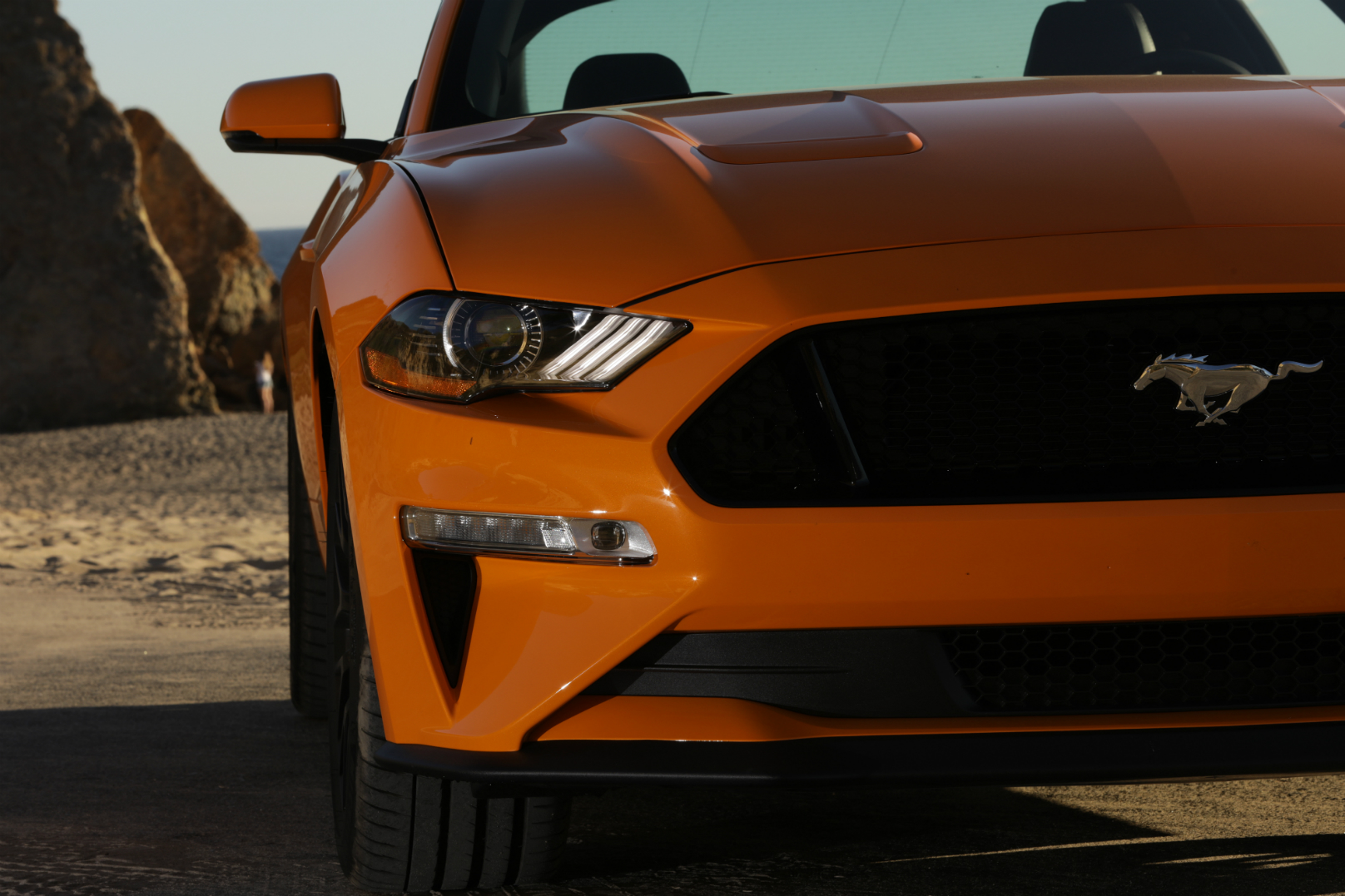 That 10-speed automatic formerly seen in such vehicles as the F-Series pickup, is now the shiftless option, replacing the venerable six-speed. At the moment, Mustang sticks still outsell Mustang slushboxes, but that will likely change. The automatic car is faster, after all.

Speaking of, 0-100 km/h takes about four seconds with the V8, a shade over five with the four.

The dash has been upgraded to include some of the features seen on the mighty Ford GT supercar. The optional 12-inch all-digital dash offers several scenarios, including a ‘Drag Race’ mode to make it easier to keep track of your best times.

All my test cars had the optional MagneRide suspension, in which the dampers are filled with magnetorheological fluid. Any sufficiently advanced form of technology is indistinguishable from magic, and this setup is magic. Essentially, upon application of a magnetic field triggered by sensors located throughout the car, particles within the damper fluid change orientation, which has the effect of stiffening the dampers in milliseconds. 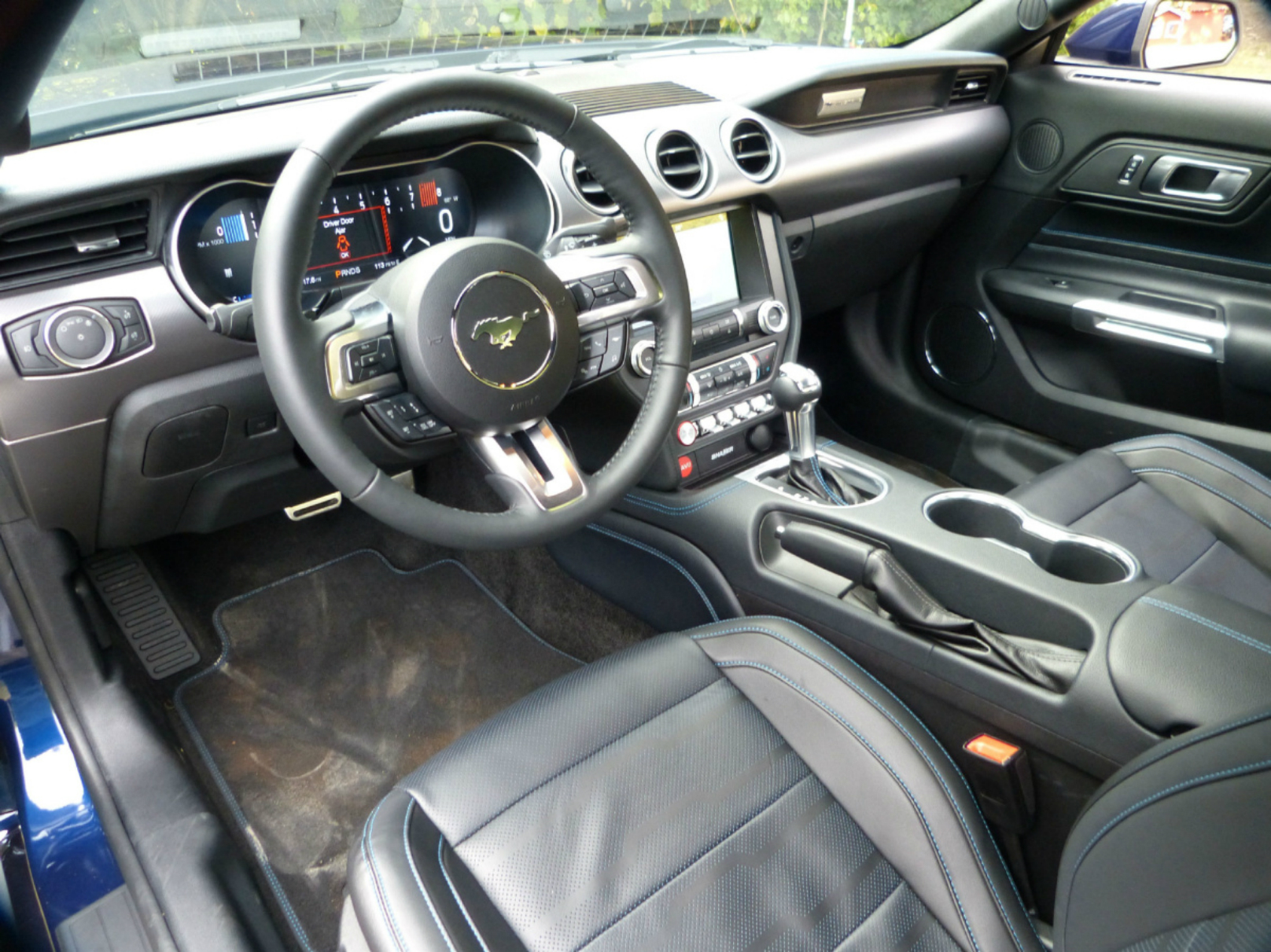 Thus the dampers can be tuned for a compliant ride, but can be stiffened up instantaneously as required. This is as close as it gets in the automotive world to having your cake and eating it, too.

Even in the sportiest of four suspension settings, the ride is still excellent, yet cornering remains flat.

The Latigo Canyon road is the twisty two-lane blacktop of your fondest automotive fantasies. Turn after turn, hill after hill, beautifully paved, and at 9 a.m. on a weekday morning, almost deserted. Even in powerful sports cars like these, it isn’t easy to exceed the double-nickel speed limit, although passing state troopers is never a good idea. So, I didn’t.

The four-cylinder gave a good account of itself, allowing me to easily catch a 5.0-litre V8 GT driven by an, um, unnamed colleague. And yes, he was trying.

The GTs came on Michelin Pilot Sport rubber. I’m generally of the belief that there are two kinds of tires in the world, Michelin and “other.” Grip level and progressiveness were merely perfect.

The four-cylinder cars were Pirelli-shod, and I must say they handled decently, too. I guess if they’re good enough for Formula One …

The manual transmission shifts OK, not the best I have tried but far from the worst. Clutch take-up was likewise.

The biggest mechanical change to the Mustang is the 10-speed automatic. I very rarely saw 10th gear — it really is an over-over-drive ratio, which you’ll probably see only on low-stress cruising on flat highways. Not a lot of that going on in Malibu on these two days.

Steering column-mounted transmission shift paddles move with the steering wheel, and shifts seemed awfully leisurely, even in RACE mode. Smooth enough most of the time, although occasionally when shifting from Reverse to Drive, there would be an ominous CLUNK from the mechanicals. I’m betting there will be some retuning of this very soon.

Overall, the 2018 Mustang is a significant upgrade, just three model years after the launch of this generation. Chevy’s Camaro is always nipping at its heels and even the decade-old Dodge Challenger keeps hanging in there. Owners of all three are very loyal, and I doubt there’s much cross-shopping going on.

But competition does improve the breed, and the 2018 Ford Mustang is further proof, if further proof were needed. 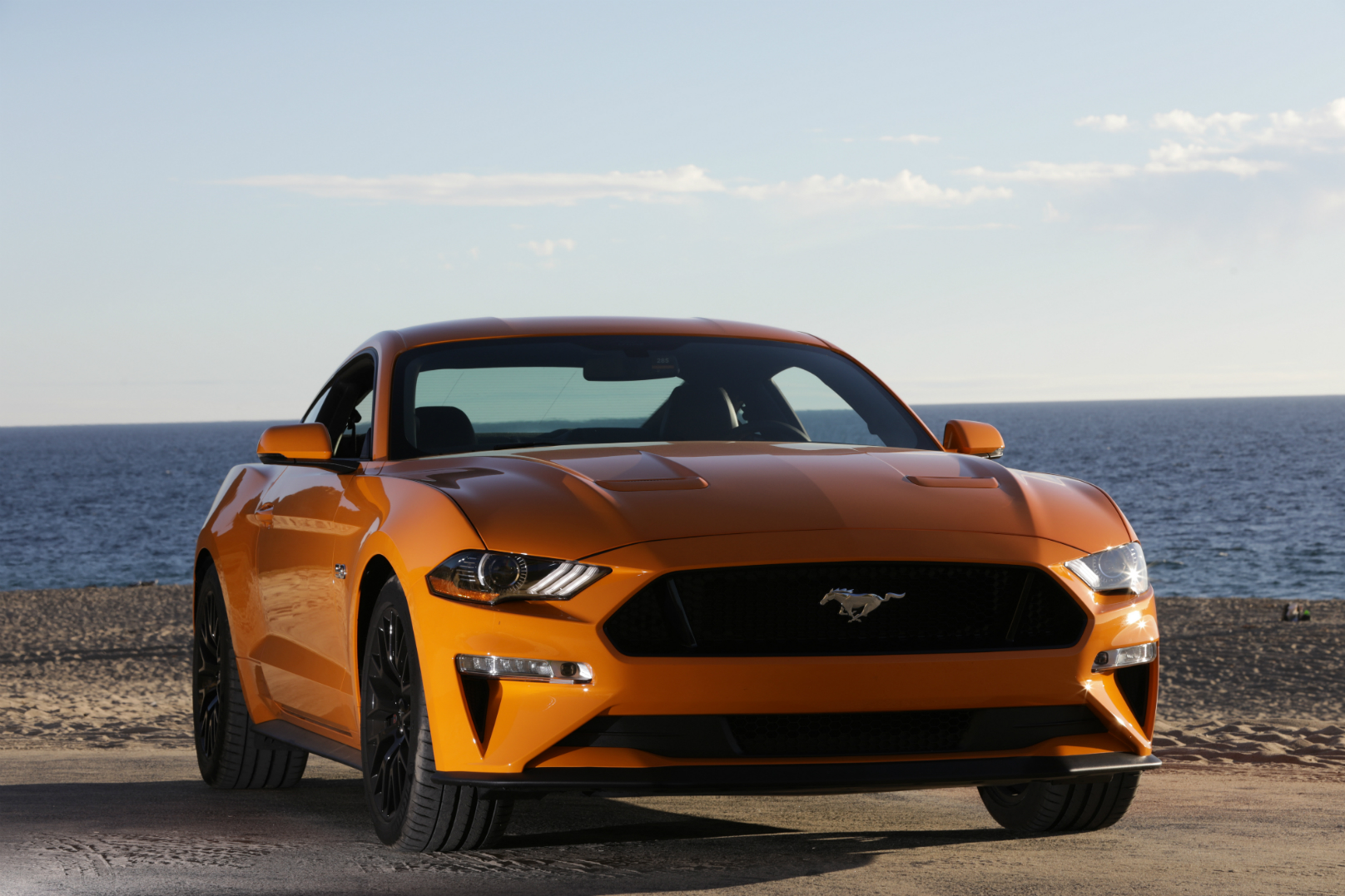