One Fuel Stop to Florida

Setting out from Toronto to Tampa in the 2018 Chevrolet Equinox Premier Diesel AWD, for the annual Canadian spring rite - a snowbird trek to Florida.

Take me out to the ball game.

The longer winter takes, the more impatient we get for warmer weather. So, with a hankering for both beach time and baseball, the only solution seemed to be the annual Canadian spring rite – a snowbird trek to Florida.

Now, how to turn that into a car story?

I kicked around the idea of an all-electric adventure but the combination of repetitive EV charging stops and a still-iffy infrastructure didn’t seem to lend itself to a stress-free road trip.

“How about a diesel?” George at GM asked. “Be interesting to see how many fuel stops it would take to get to Florida.” 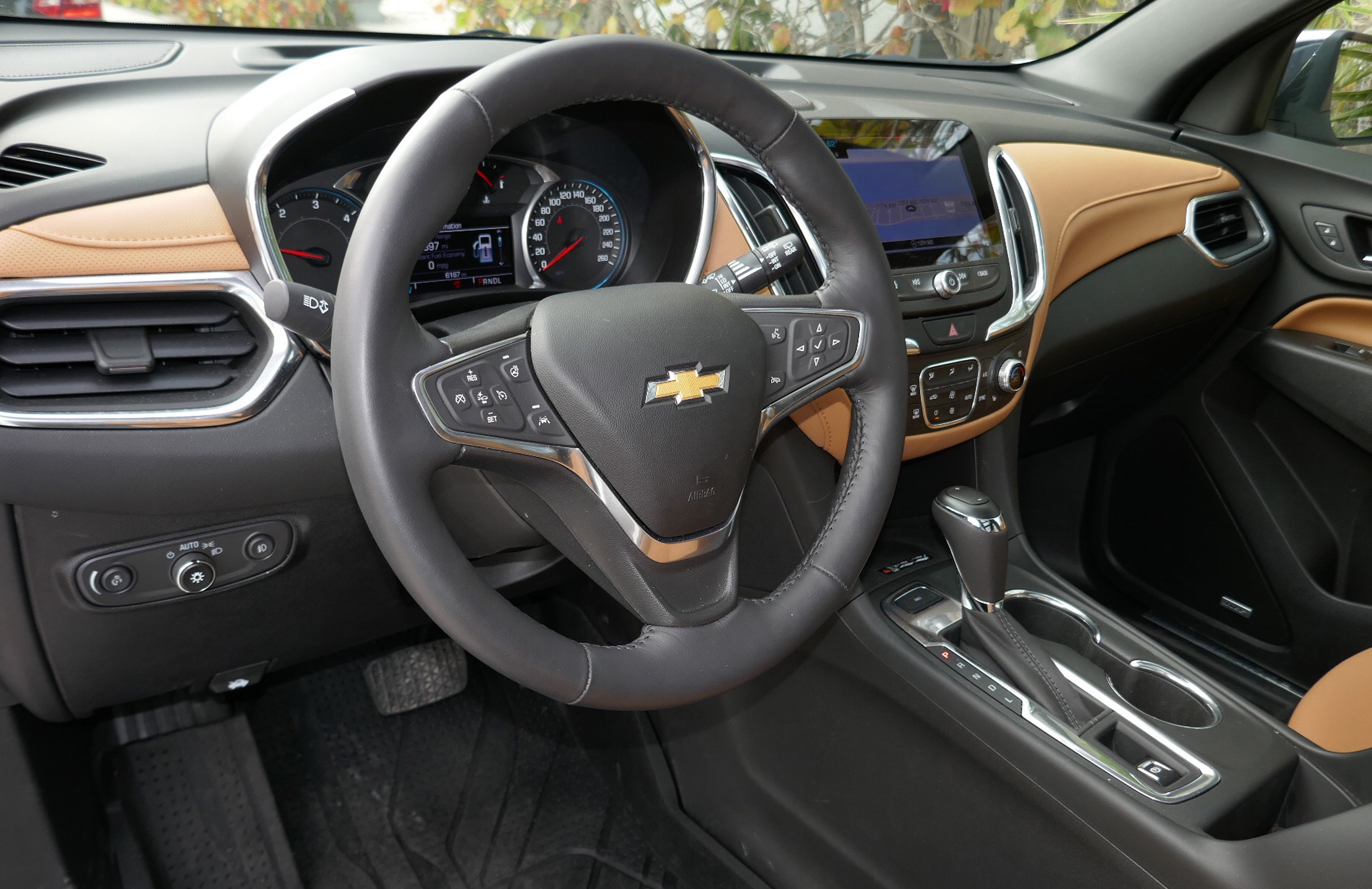 And would you believe one stop, George?

But before we get into the numbers, let’s take a look at the all-new third-generation Equinox that debuted for 2018.

The Equinox starts with crossover characteristics that have popularized this ever-increasing segment with easy accessibility, upright seating and a raised vantage point in a cabin that feels roomy for its compact dimensions.

SUV-like style and utility blends smoothly with passenger car-like civility and road manners. And then add the all-weather driving security of available all-wheel-drive and thrifty fuel economy in our diesel tester.

The redesigned 2018 Equinox weighs in 10 per cent lighter than its predecessor, shedding 180 kg (400 lb) of mass. LED treatments and a sleeker-lined exterior reflect the latest familial traits shared with the Volt, Malibu and Cruze.

Inside, a lowered windshield and dropped instrument panel open up the outward view.

“Whoa,” you might say. “That rating doesn’t sound all that impressive.”

But, as is the case with diesels, it’s the torque – 240 lb/ft peaking at a low 2,000 rpm – that provides the engine get-up-and-go. Granted, it’s no hotrod motor, with limited passing punch and an unchanged tow rating (1,500 lb, same as the 1.5-litre gas engine), but this diesel provides enough oomph for everyday driving.

It’s pretty civilized too. This Italian-designed Medium Diesel Engine (MDE), also known in Europe as the “whisper diesel”, incorporates a variable-vane turbo and a host of NVH enhancements designed to quell the usual dragging-a-bag-of-pots-and-pans diesel clatter. 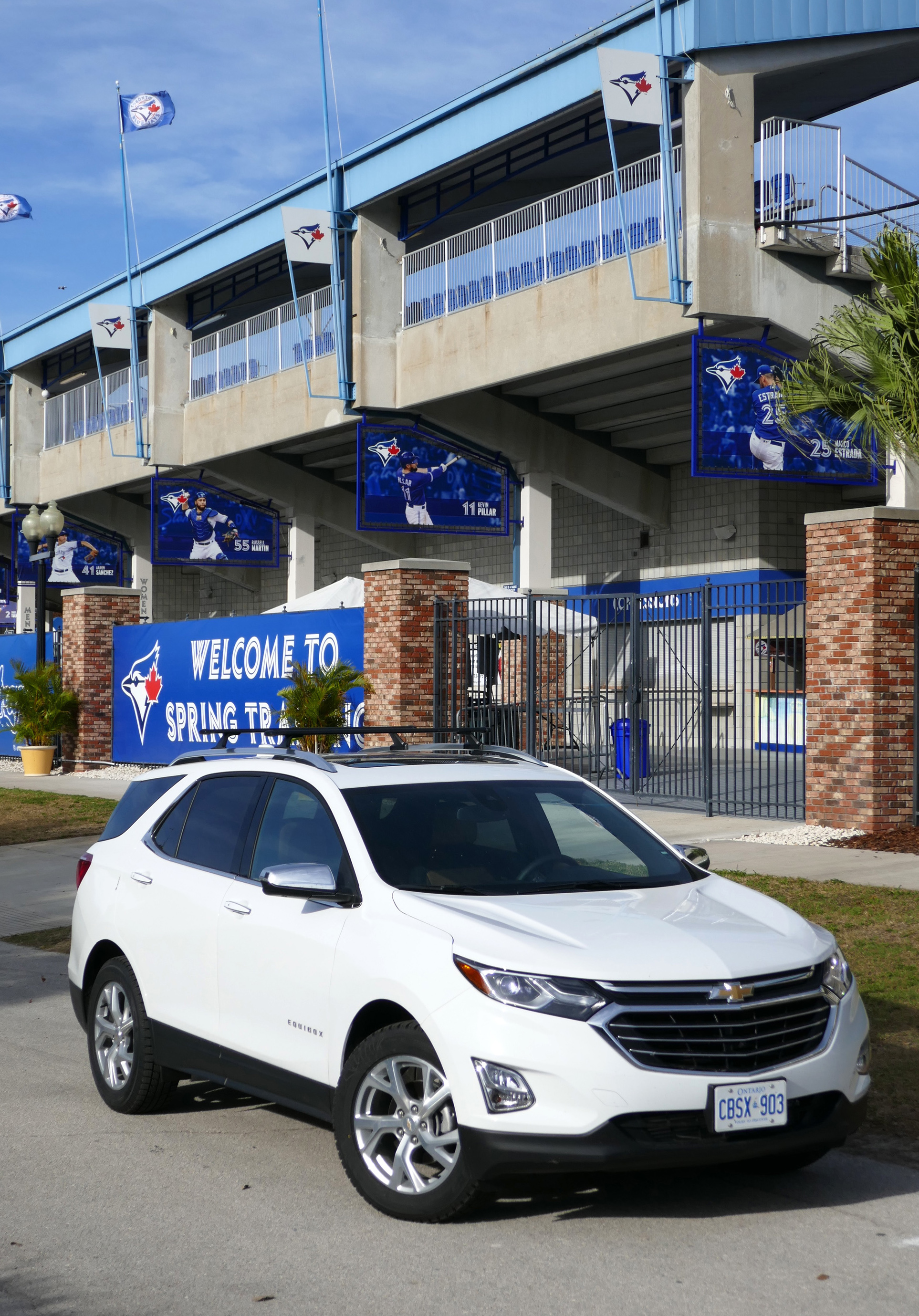 The crankshaft-to-camshaft gears and chains are masked by the flywheel and transaxle bell housing while acoustic-padded fibreglass and plastic-shielded components contribute to noise absorption.

Hit the start button and, okay, it’s definitely a diesel. But once up to speed, you really can’t hear much from either engine or exhaust.

We filled up at home and set off south, two passengers with minimal luggage.

As tested, our Equinox Diesel AWD in Premier trim is rated at 8.5/6.1L/100km (city/hwy). I hoped to do better but we set a practical pace. No hypermiling hi-jinks with folded mirrors and/or NASCAR drafting behind tractor-trailers.

A snowstorm out of Detroit actually aided our fuel economy, necessitating a switch to AWD but keeping our speed to less than 55 mph for a few hours.

Jeep Raised Off-Road Prowess and Luxury to the Summit

After outrunning the snow, we decided to stick to the speed limits or run just under them. Remembering what I said about a stress-free road trip, it’s no fun watching an 18-wheeler powering up in your rear-view mirror.

We refuelled in Kentucky with 100 km of range still showing on the display after nearly 1,100 km. Our second tank of gas took us past the Florida border with a quarter tank to spare, resulting in a very respectable 5.0L/100km (hwy) on the downward leg of the trip.

Futzing around town in Florida, along with some highway mileage thrown in, the Equinox still earned a respectable 6.4L/100km (comb) with help from the standard stop/start system.

There are a few final numbers to consider.

Canadian diesel prices tend to float up and down within 10 cents of either side of regular gas prices. American diesel costs around 20 per cent more than regular (averaging around $0.99 CDN/L at the time). And, after converting US gallons and prices, our 5,100 km round trip used 288 litres of fuel costing $301.28 CDN.

GM is one of the few manufacturers actively embracing a diesel option in spite of the VW diesel stigma, also making this engine available in the Equinox’s GMC Terrain sibling and in the Cruze sedan and hatchback.

But, whether you consider it a ploy to lower the GM lineup’s CAFE average, a stopgap measure on the road to electrification or a limited offering aimed to swell a diesel aficionado minority, the Equinox 1.6-litre turbodiesel does offer an alternative option worth considering. 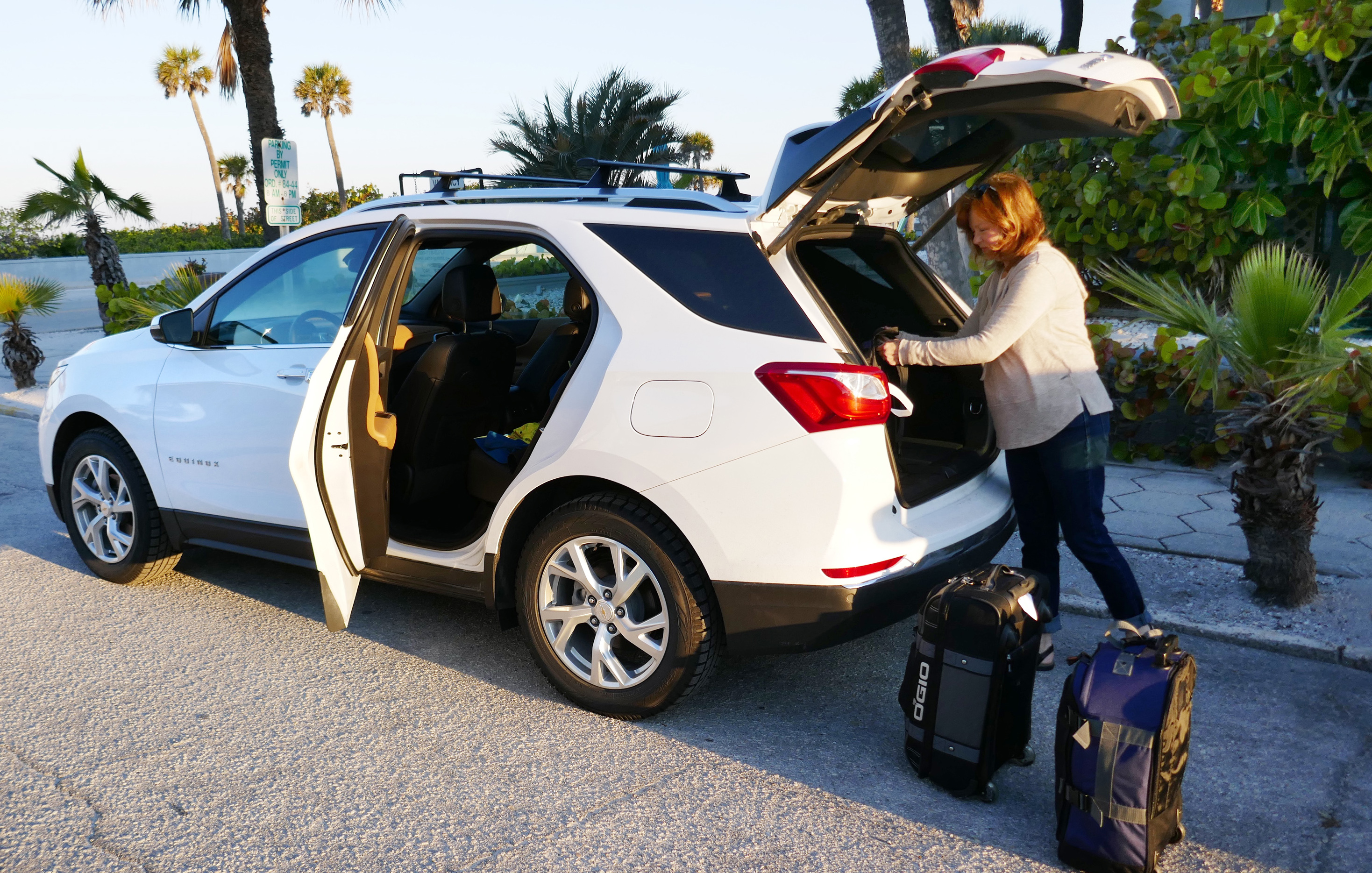 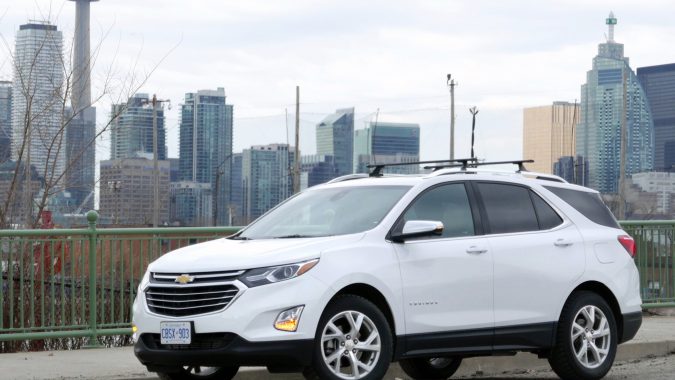 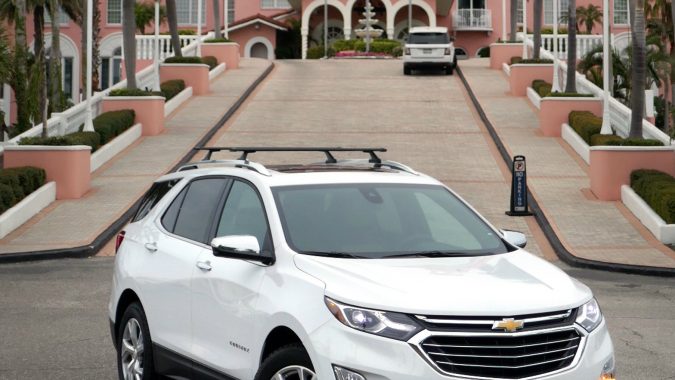 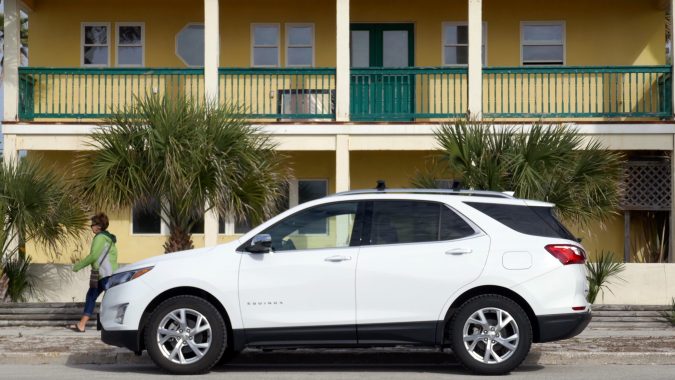 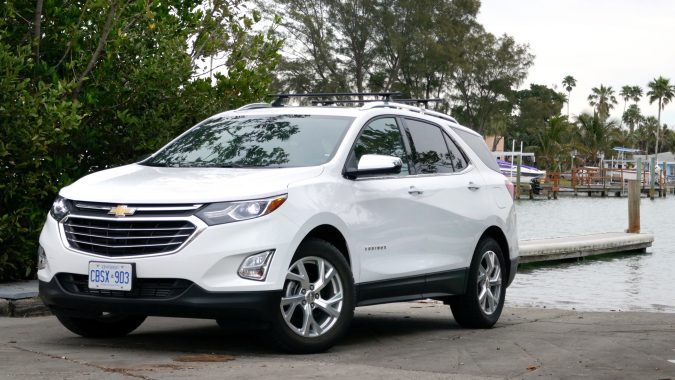 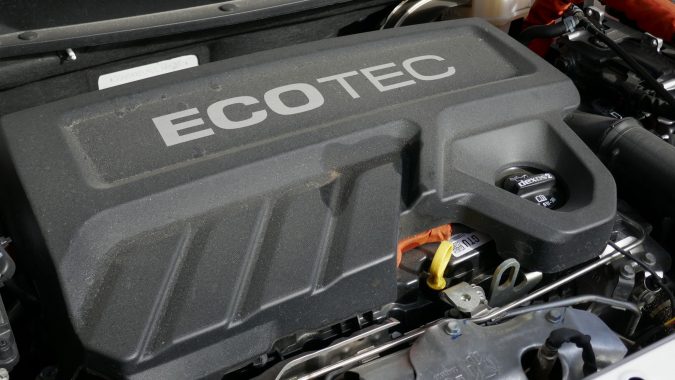 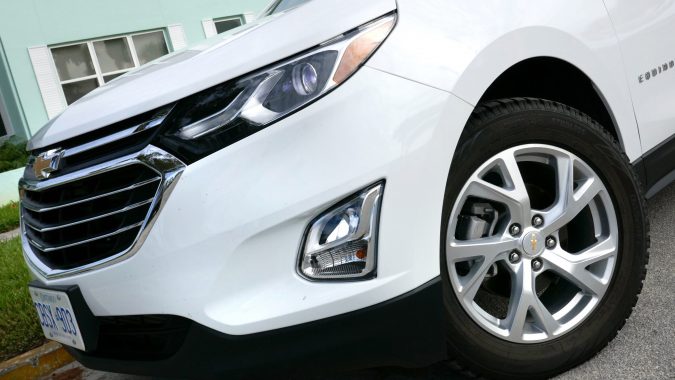 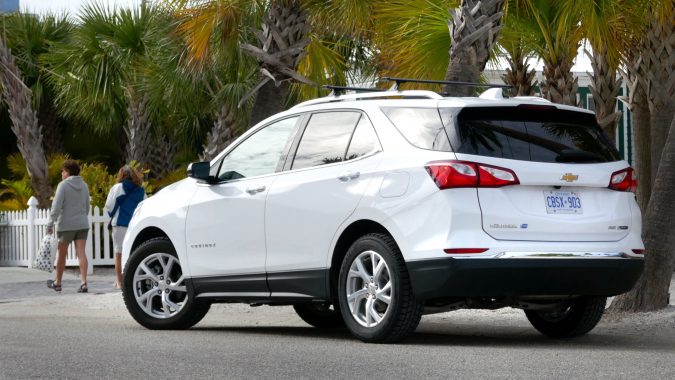 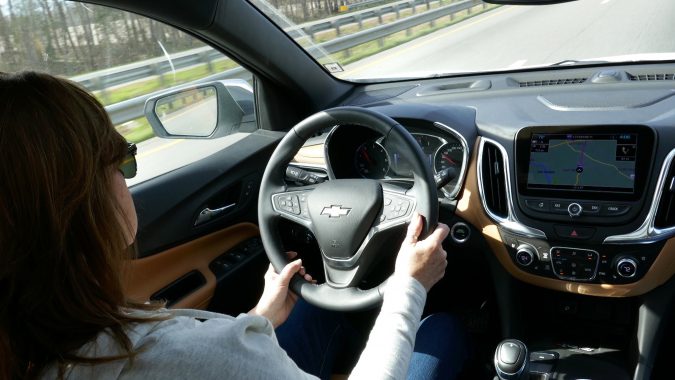 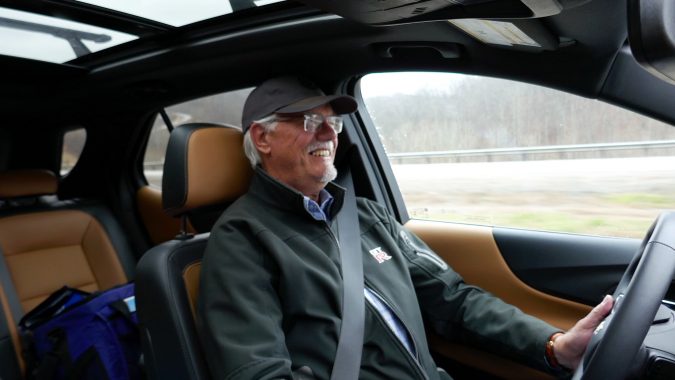