Instantly recognizable as a BMW, the 2018 X1 xDrive28i is the entry level vehicle in the soon to be seven SUV/CUV model lineup.

A colleague of mine recently noted BMW is going through massive change with vehicles like the 2018 X1 xDrive28i leading the way.

Back in the 1980s I owned several BMWs, and enjoyed each and every one. That’s because they were a delight when it came to ride and handling, as long as you remembered they were light in the rear and once the back started to come around it could lead to serious trouble.

There were only three sedans back then along with the 6 Series coupe.

But now BMW will have seven SUVs alone when the X2 and X7 are added to the model lineup.

Yes, BMW still makes an impressive number of sleek and fast sedans, coupes and cabriolets, but BMW is now a “mobility” manufacturer and that means being a leader in the new world of electric and autonomous vehicles as well.

The worldwide switch to SUVs/CUVs now seems unstoppable, which is why BMW wants to make sure it has all its segment bases covered — starting with the X1. 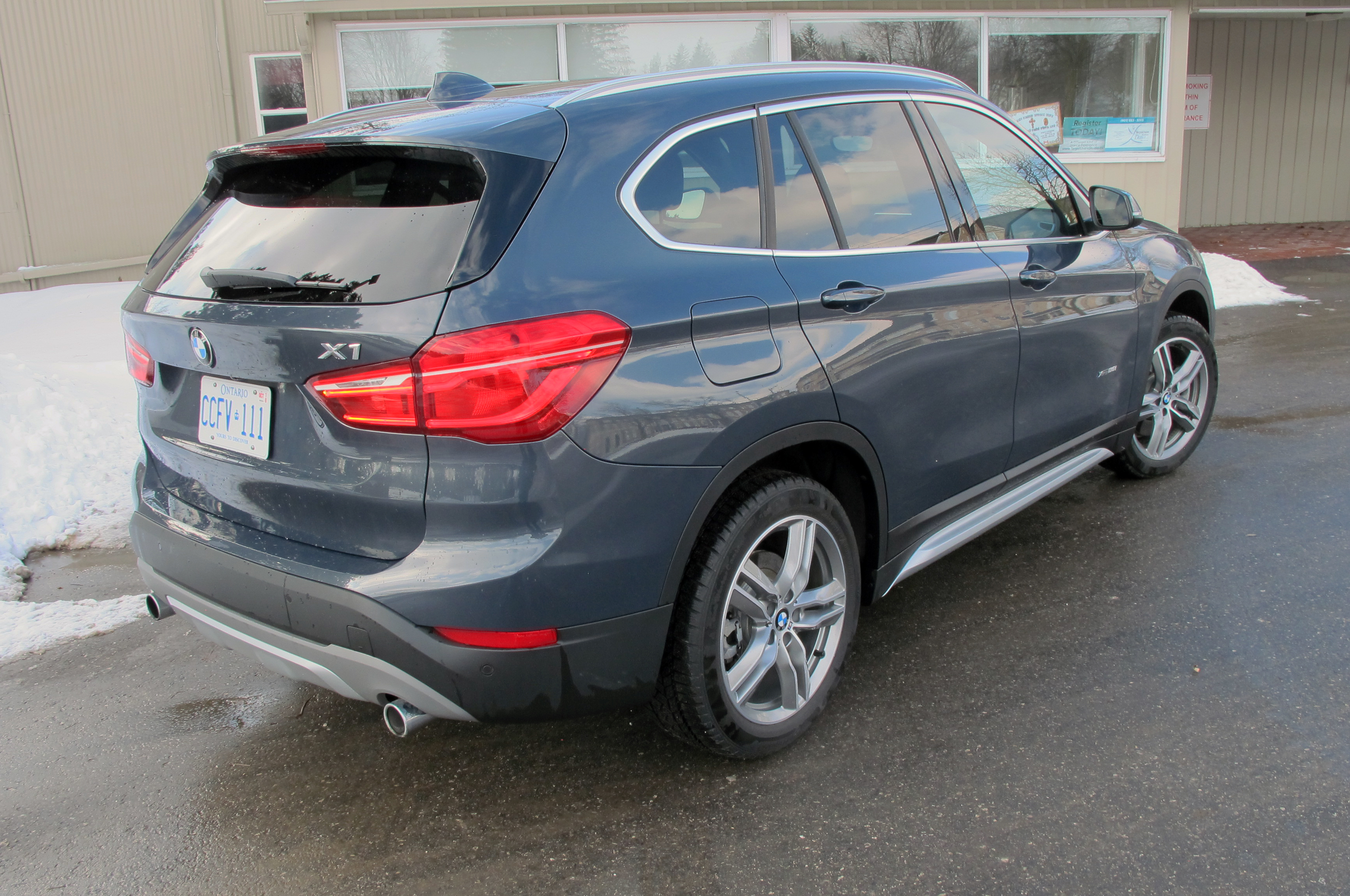 Underneath the bodywork, the X1 shares much with the MINI Countryman compact crossover, including platform and drivetrain that begins with a TwinPower Turbo direct injection 2.0-litre inline four-cylinder producing 228 hp and 279 lb/ft of torque.

Like the MINI, the engine is mounted transversely, connected to an eight-speed automatic transmission with torque flowing back and forth between the front and rear axles, all thanks to BMW’s excellent xDrive all-wheel-drive system.

While the X1 at under five metres in length (4.45 m), it possesses a surprising amount of interior space, including 505 litres of cargo volume behind the rear seat and 1,550 with the rear seat folded flat and there are optional rear seats that slide and recline.

In terms of utility, BMW permits European customers to tow, but it is not recommended on this side of the pond.

It weighs in at 1,677 kg, which is light for the compact crossover segment, but it’s enough to make the engine strain at launch, but that goes away once operating temperatures are reached the turbos are warmed up.

The driver has three drive modes – Eco Pro, Comfort (the default) and Sport that alter transmission and engine response accordingly.

If overall speed is not the X1’s forte, handling is what one expects from a BMW.

It turns crisply into a corner and the AWD and stability control keeps the X1 solidly placed, which instills confidence — always a good thing

My colleague also felt the engine needed about 20-30 more horses, which is fair enough, but the X1 is just for getting around, not winning a stoplight grand prix. And I can see it might be an issue if you have five adults in the cabin, but that rarely happens.

The interior is austere, but the main instrument cluster is set up in classic BMW style with everything you really need in the binnacle.

If you have ever owned a BMW, you’ll feel right at home behind the wheel with all primary gauges and controls clearly marked, including the large speedo and tach. 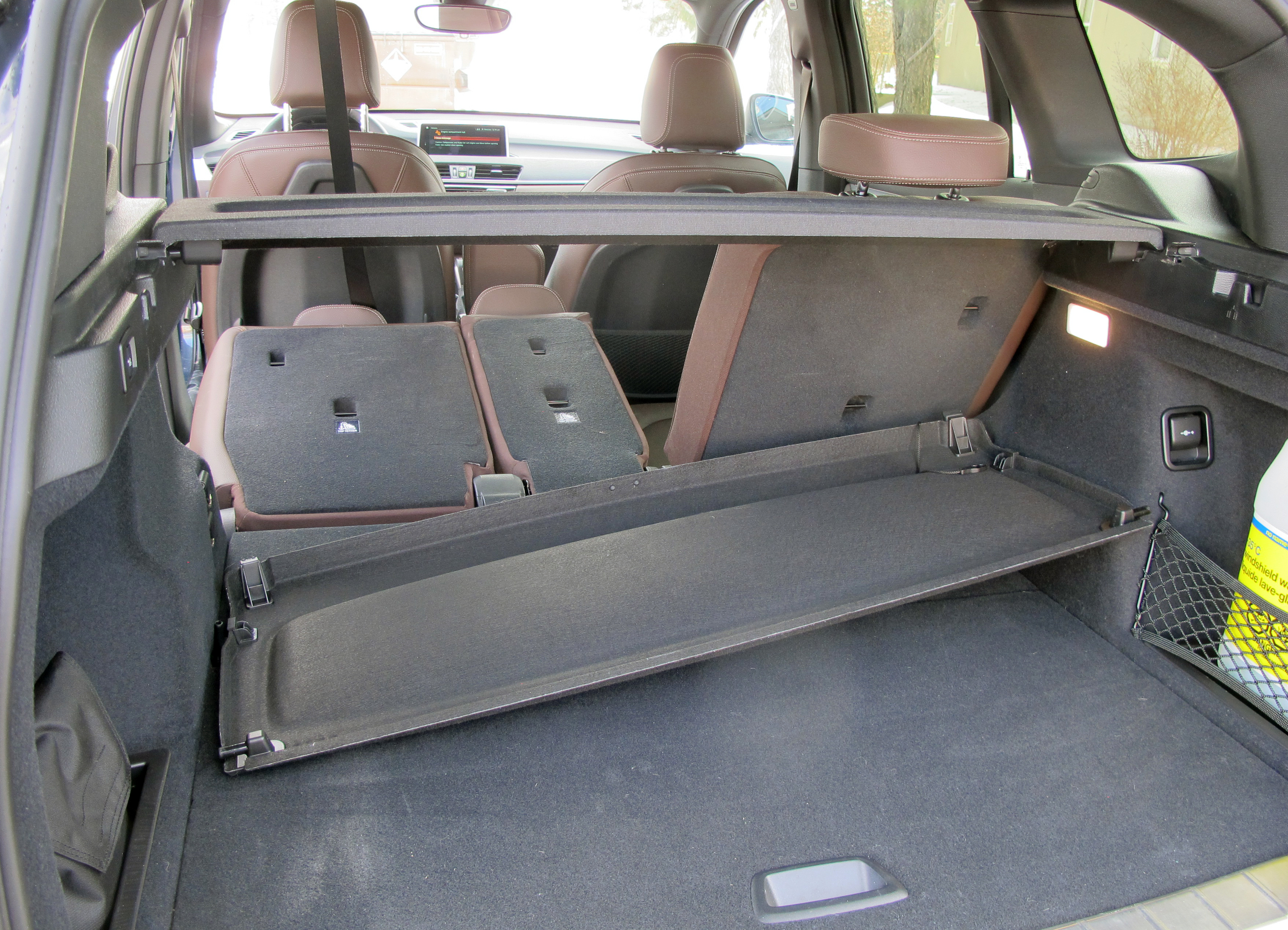 The optional sport seats were quite supportive and, thankfully, not over padded, which suits my taste.

Seating was optional ($950) “Perforated Dakota Leather” and rear reclining/sliding seats ($895) and that included rear cargo nets, which are always handy to have.

But to get a heated steering wheel, it meant ordering the $5,750 Premium Package Enhanced, which includes 15 other items such as automatic trunk opener, sports seats, panoramic sunroof and Head Up Display.

On the plus side, the $950 Sport Performance Package brought with it 19-inch alloy wheels, Sport Automatic Transmission with paddles and Variable Sport Steering.

I can’t remember the last time I had to change a tire, but the X1 rides on run-flats that still give me lingering doubts.

Styling is not standout but, remember, the object is to give the seven SUV/CUV lineup a look that makes them immediately recognizable as a BMW.

Bottom line is the X1 is a BMW in every sense, with all the panache and pride of ownership that comes with having that the blue and white roundel on the hood. 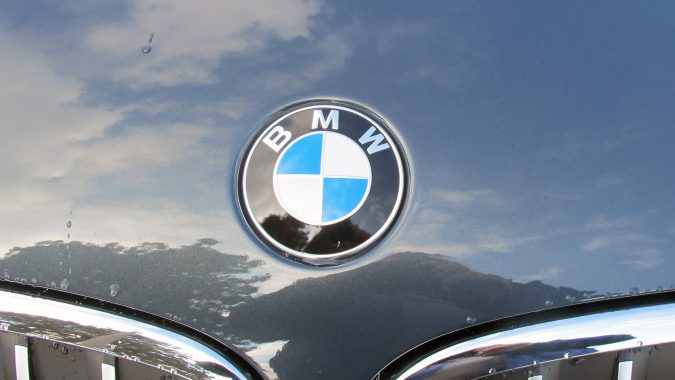 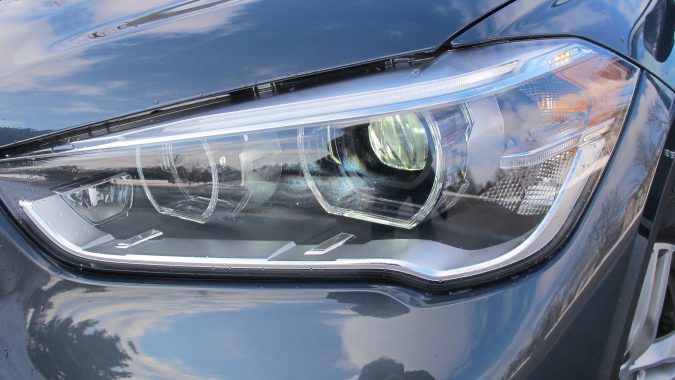 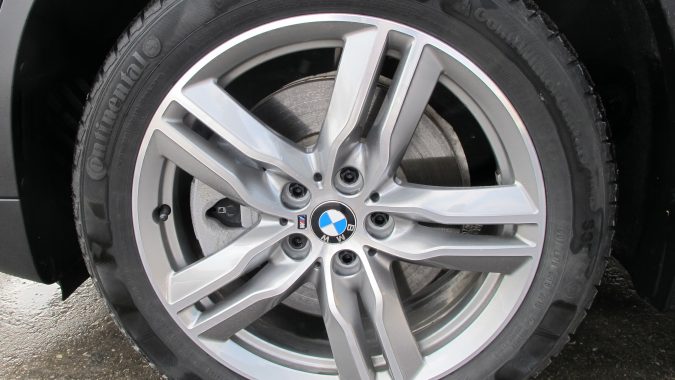 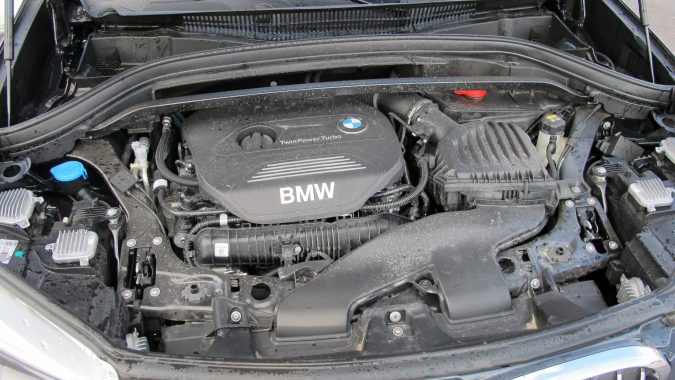