The 2018 BMW M4 Cabriolet brings luxury motoring and high performance driving together in one drop-top package.

THERMAL, CA: Wind in your hair, at speed on a lonely desert road and a BMW M4 Cabriolet – does it get any better than this?

With 425 hp and 406 lb/ft of torque it isn’t the power that impresses as much as how solid this convertible feels, with no body shake or hood flex even at higher velocities.

The 2018 M4 Cabriolet tested here was part of a bevy of Bimmers and MINIs and even a Rolls-Royce Phantom that were made available at the brand’s recent “Test Fest,” where auto journalists from across North American were invited to BMW’s Western Performance Driving School in Thermal, CA, outside of Palm Springs.

Those attending had their choice of driving on one of the three racetracks at the adjacent Thermal Club (a private race facility) or follow some suggested routes in and around the Palm Springs area.

It was as simple as walking up to one of the BMW staffers and asking for the key to whatever vehicle was not in use.

You’d think there would have been hassles, with people fighting for keys, but it was very civilized — as BMW had more than enough cars and SUVs to go around. 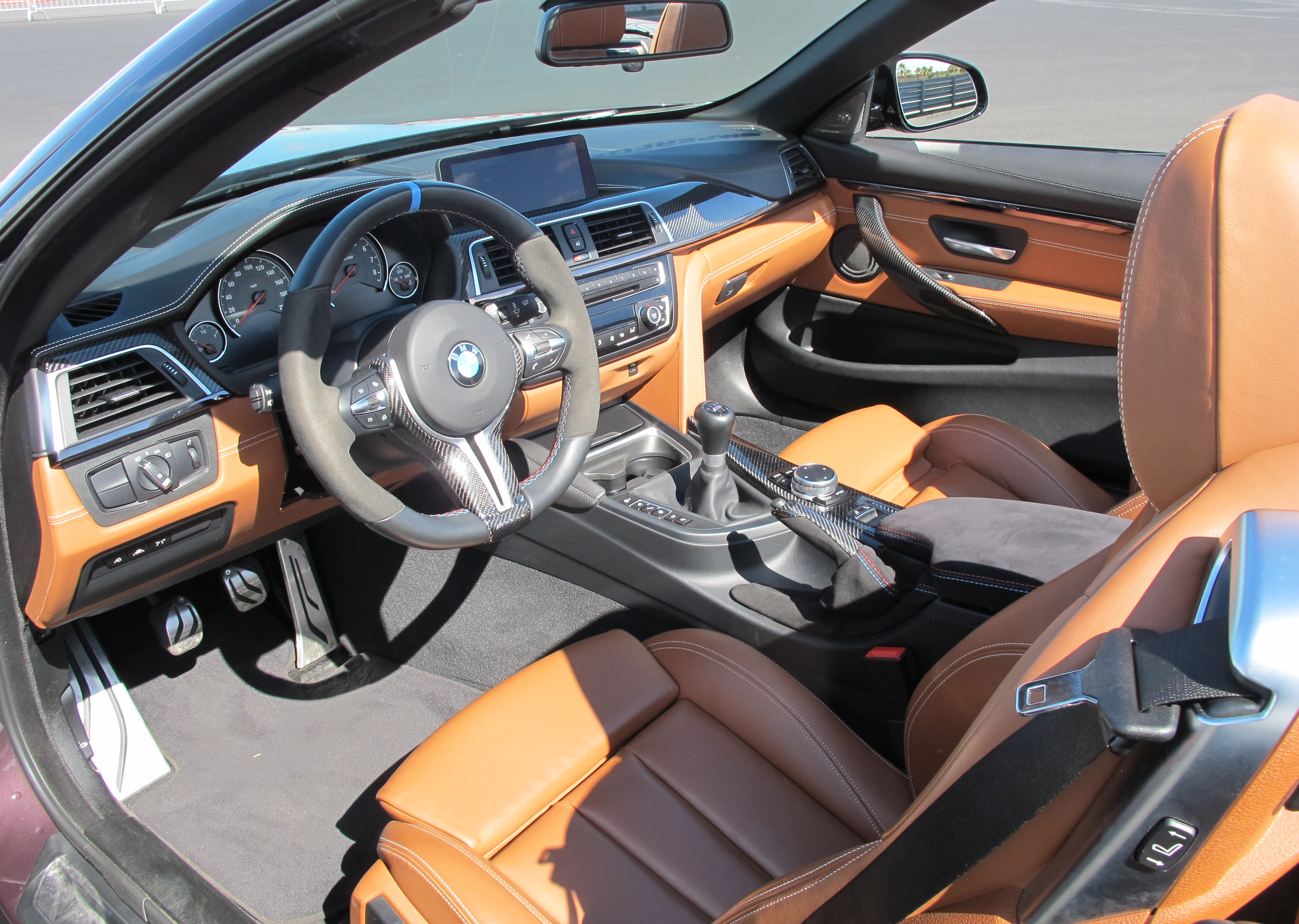 The M4 Cabriolet I chose was painted in a rich burgundy with saddle coloured leather seating and trim, which made for a nice contrast.

Another nice touch was the carbon-fibre trim used on the interior door handles, centre console parking brake lever and steering wheel. Carbon-fibre is also used on the rear quad exhausts and diffuser and for the outside mirrors.

Placement of the controls will be familiar to anyone who has ever driven a BMW, with the main analogue gauge cluster featuring two big dials for the speedo and tach and two smaller ones for fuel level and engine temperature.

And when you think about it, that’s all you really need.

There is a back seat of sorts, but it’s more like a parcel shelf, which you’d need, as there are only 220 litres of cargo space with the complex top down and 370 litres when it’s up.

BMW’s super smooth 3.0-litre inline six-cylinder twin turbo gets the M treatment, boosting it to 425 hp and 406 lb/ft of torque sending power to the rear wheels (no AWD) through a six-speed manual or seven-speed dual clutch automatic transmission.

The front sports seats were heavily bolstered with double stitching and the driver sits with the gauge cluster directly in front of his/her line of sight.

My tester had the six-speed manual, with fifth being direct and sixth the overdrive gear, with the throws being short with spring loading ensuring missing a gear is hard to do.

The clutch was lighter than I like, but the pedal travel was progressive, so it’s a simple single leg motion to engage the clutch.

My route, as it was the entire day, was the Box Canyon Road from Thermal to Desert Centre, which took about an hour to complete the loop.

The road itself was typical California, being smooth and well maintained with little or no traffic.

With the M4 Cabriolet you can dawdle around town or let that TwinPower engine loose — and the rate at which it accelerates will amaze you.

Even without all-wheel-drive, the grip of the Michelin Pilot Cup tires fitted to the M4 was so good; I never had to lift my foot, even though some of the bends were tricky.

Folks, it was great!

I drove a lot of cars that day, but the M4 Cabriolet was the most satisfying.

Summer’s coming and, with a play on BMW’s slogan, it might be time for you to test drive the Ultimate Cabriolet Driving Machine. 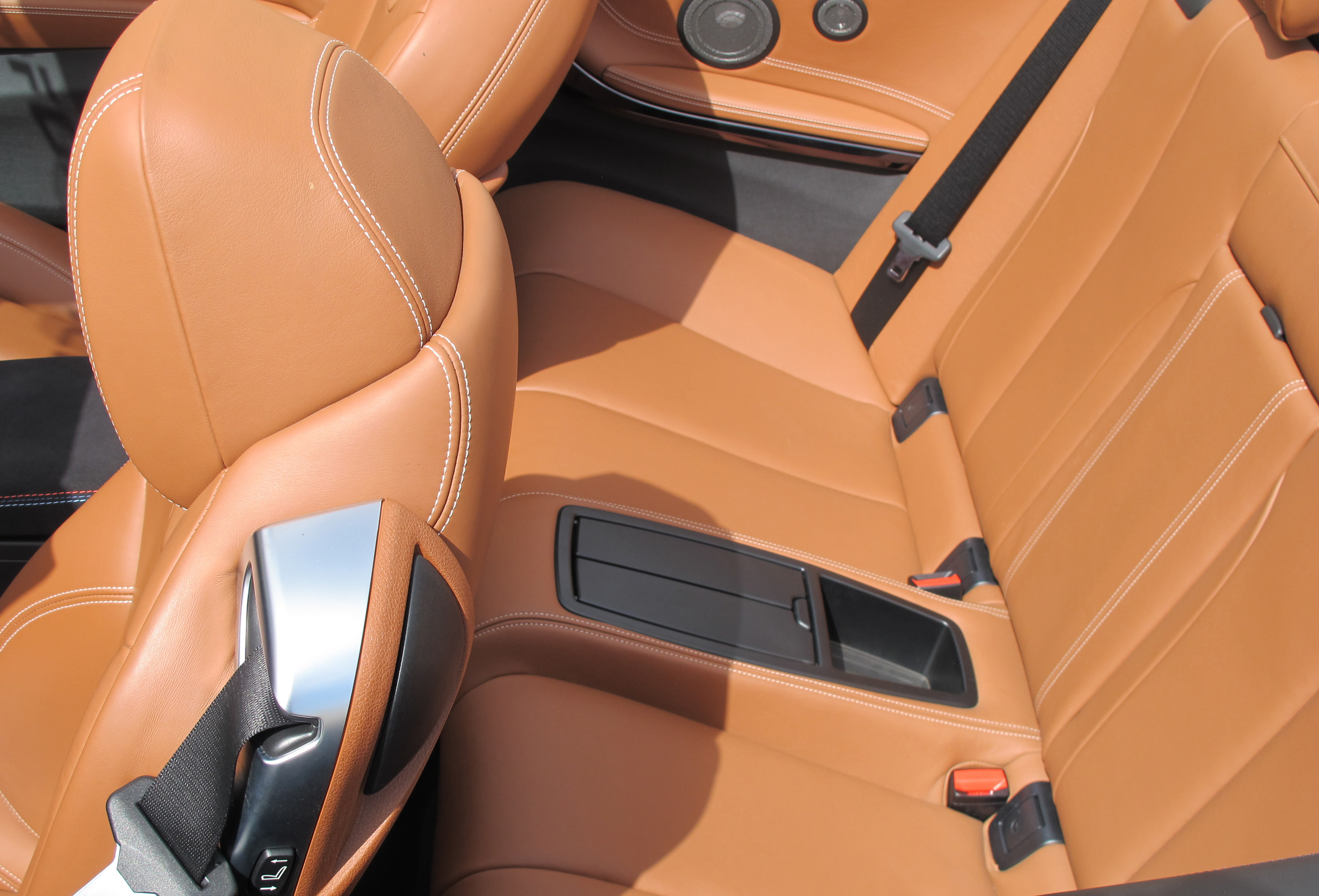 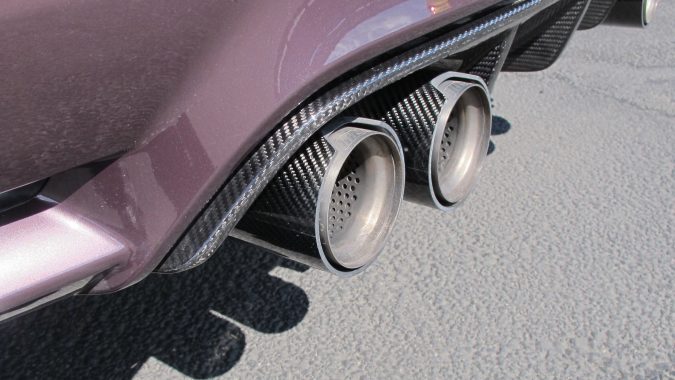 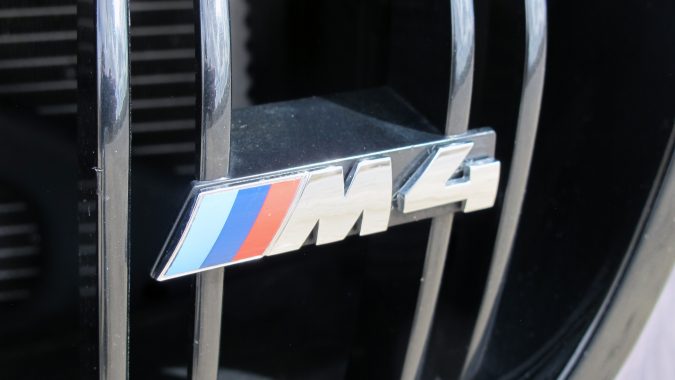 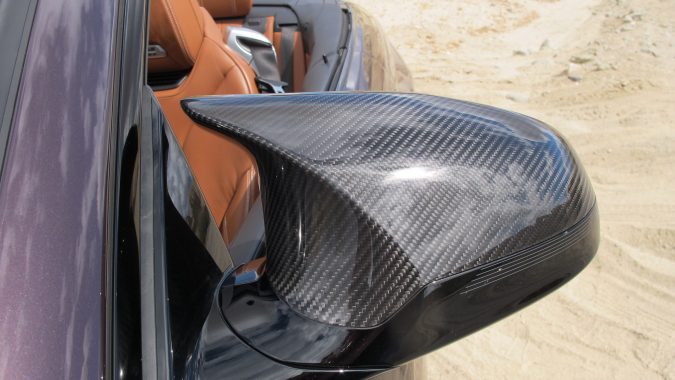 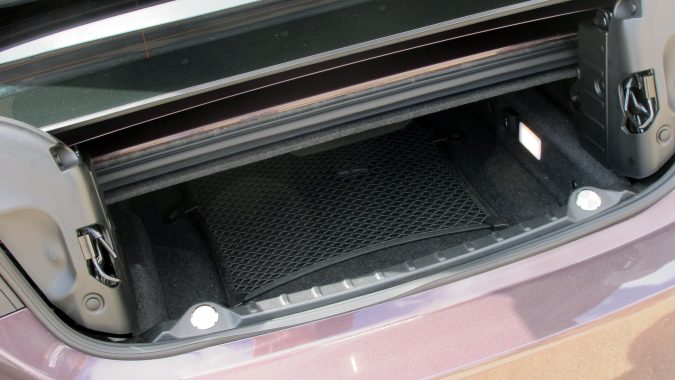 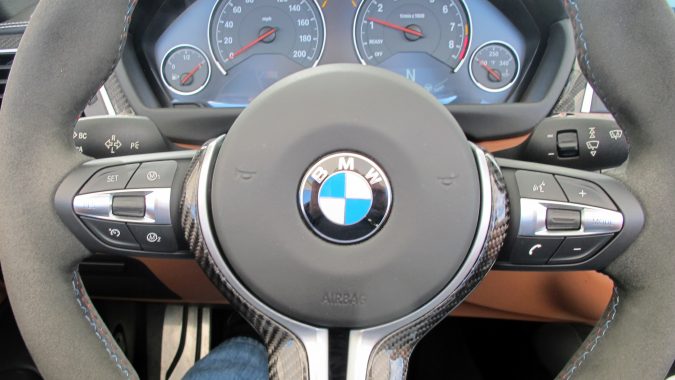 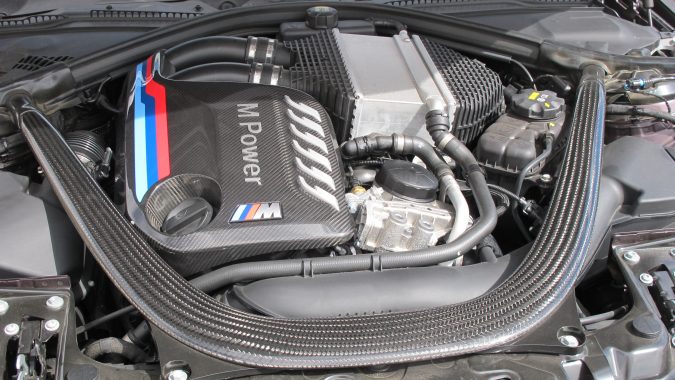