SAN DIEGO, CA: The arrival of the 2017 Q60 premium sports coupe continues Infiniti’s impressive launch of new products such as the Q50, QX30 and QX60 — all introduced so far this year alone.

Infiniti has always been knocking on the door of the high performance coupe class dominated by the likes of BMW M, Mercedes-AMG and Cadillac CTS-V to name a few.

Now Infiniti has had players such as the entry-luxury G35 that bowed in 2002 and was warmly received. You still see them around.

That was followed in 2007 with the G37, which was a noticeable step up. A colleague once described the G37 X (all-wheel-drive) as a wolf in discreet clothing. 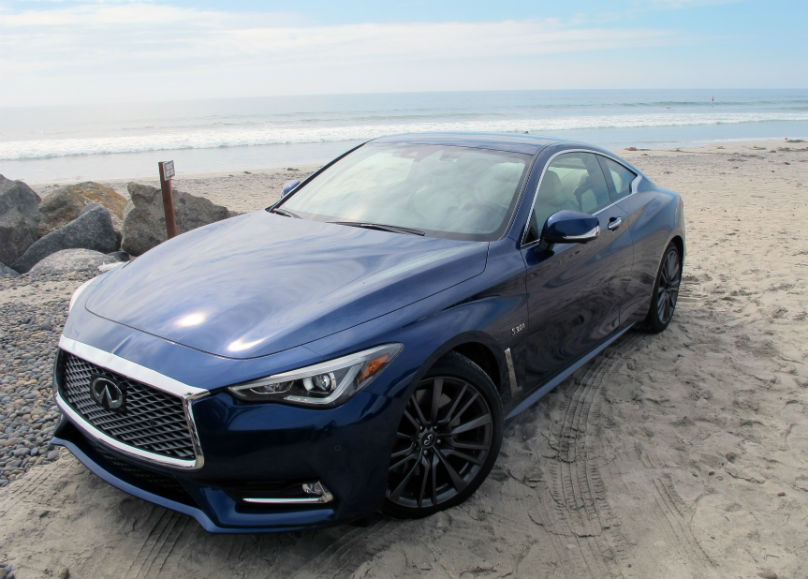 And now we have the Q60, which is definitely a premium sports coupe and enters a market where discerning buyers are looking for style and technology foremost.

Technology starts with the second generation Direct Adaptive Steering (DAS) which is a “steer-by-wire” system that does away with all mechanical links between the steering wheel and the road for response that is instant with improved “feel”.

It allows the driver to choose from seven modes to custom fit the steering response to an individual driving style. 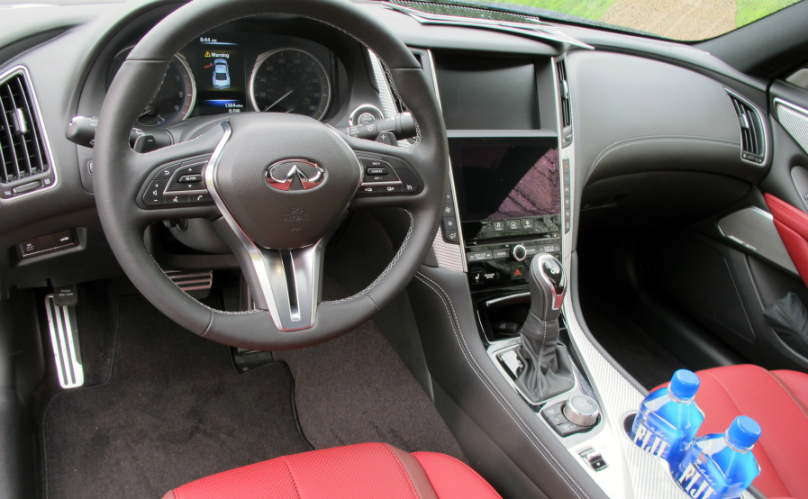 Further enhancing ride and performance is the Drive Mode Selector using a switch on the centre console and depicted on an upper eight-inch centre stack LCD screen. 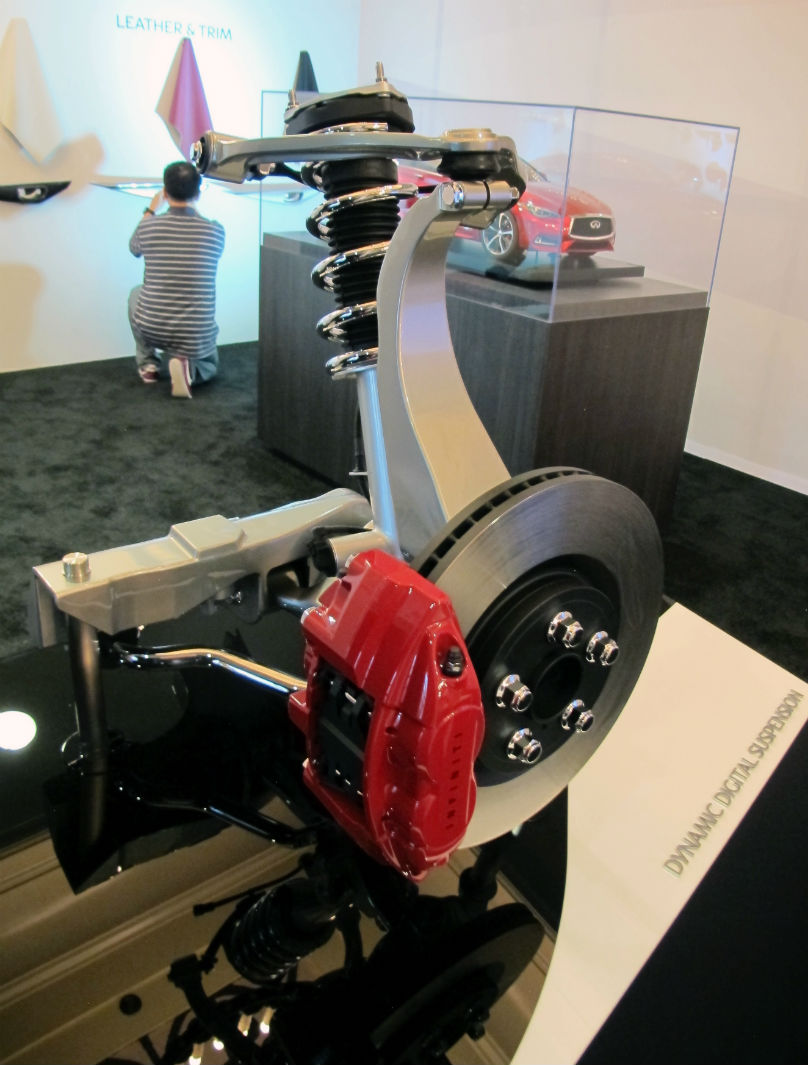 Standard is tuned to offer the “ideal performance characteristics for the car.”

ALSO READ: Cadillac CTS stands out from the crowd

Sport increases the amount of steering input required for a more immediate response. With Sport+, the steering effort is the same, but the ratio is quickened for a 12 per cent faster response than the four per cent in Sport.

For the highest level of assistance and superior sports coupe driving experience, the Q60 driver can choose Sport+ mode with Dynamic+ response. 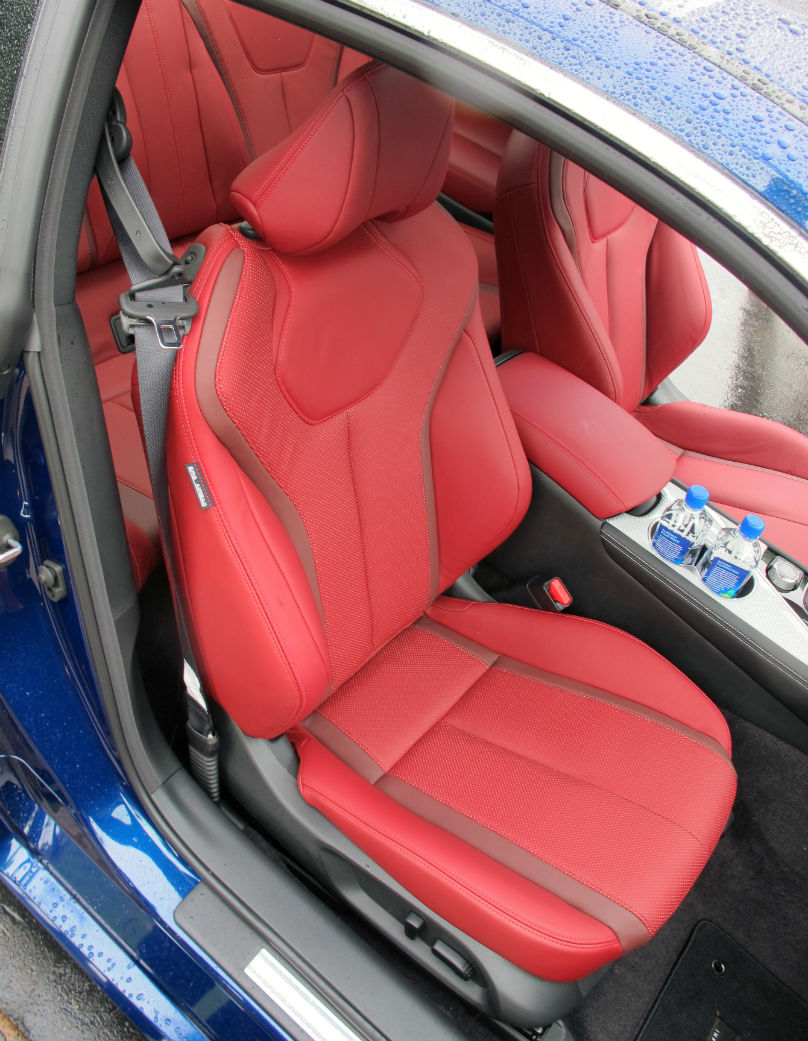 In Snow, the transmission uses a higher gear and lower torque and power output to help prevent wheel spin on slippery roads.

In Eco mode, the steering force is less and the engine automatically lowers output for economy driving. Throttle response is adjusted and the transmission is tuned for maximum economy.

Both DAS and DDS are optional on the 3.0-litre models.

There are three engine power choices starting with a 2.0-litre single scroll turbo, direct injection inline four-cylinder with 208 hp and 258 lb/ft of torque. 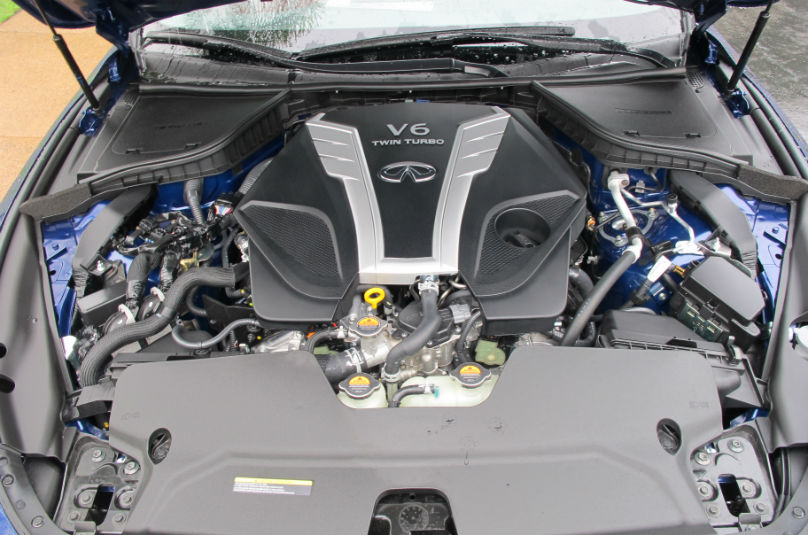 All Q60 models in Canada will be sold with all-wheel-drive standard with a seven-speed automatic transmission with drive mode selector.

Infiniti claims the Red Sport has the highest power-to-efficiency ratio in the premium sports coupe segment.

The standard Intelligent All-Wheel Drive (AWD) system ensures enhanced stability for greater road holding in low-grip situations with a torque split of 50:50 between front and rear wheels in its default setting.

If the Q60 senses split traction isn’t immediately required, the system routes up to 100 per cent to the rear-wheels, redistributing power to each of the four wheels as conditions change or if it detects a momentary loss of traction.

As for style, the Q60 features all the now signature Infiniti design cues such as the double-arch grille, “human eye” headlights and crescent-cut C-pillar. 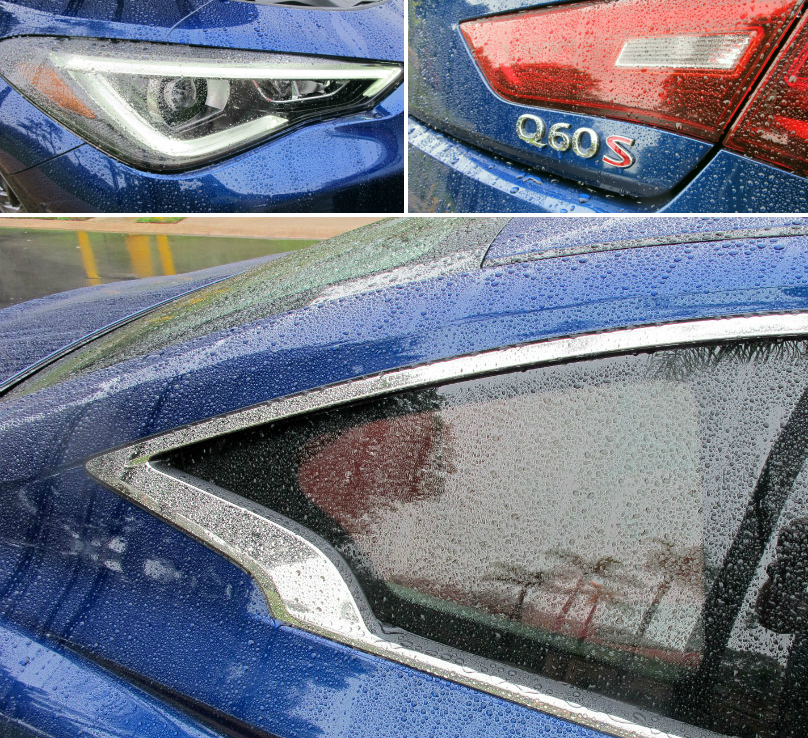 Infiniti calls it “Powerful Elegance” but it is also very aerodynamic with a drag number of 0.28, thanks in part to vents in the front fenders that route air away from the engine bay coupled with an active grille shutter.

The interior is dominated by two touchscreens (eight-inch upper, seven-inch lower) on the centre stack that is part of the Infiniti InTouch central control system with screens meant to reduce the number of buttons and switches. 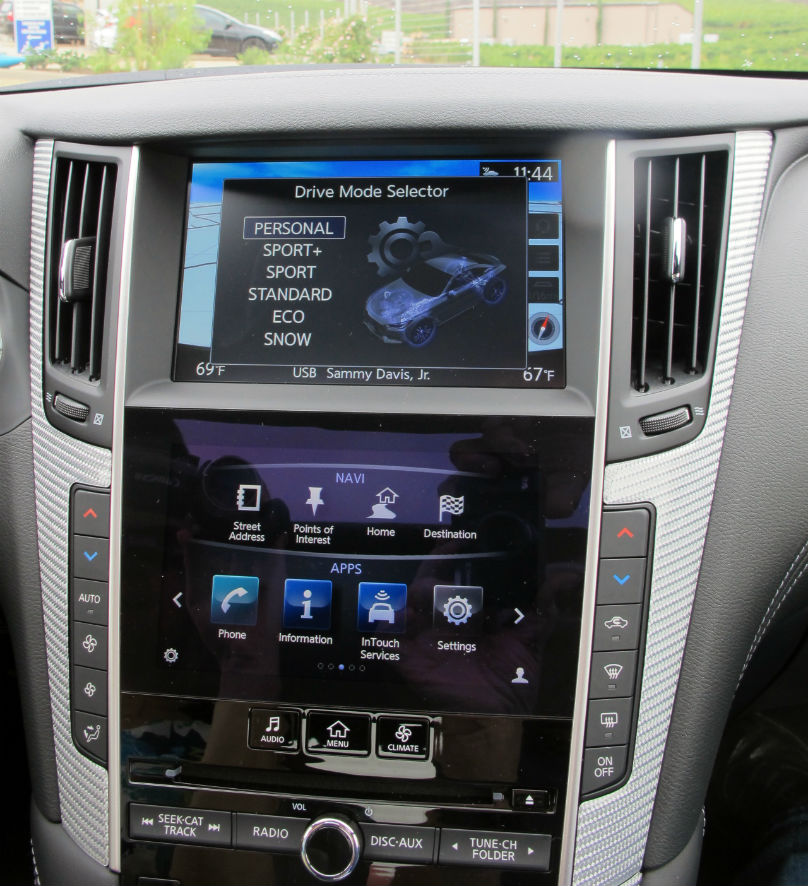 The 2017 Q60 should be arriving in Canadian showrooms as this is being written.

If you have been considering a premium sports coupe, the 2017 Infiniti Q60 has a lot to offer. 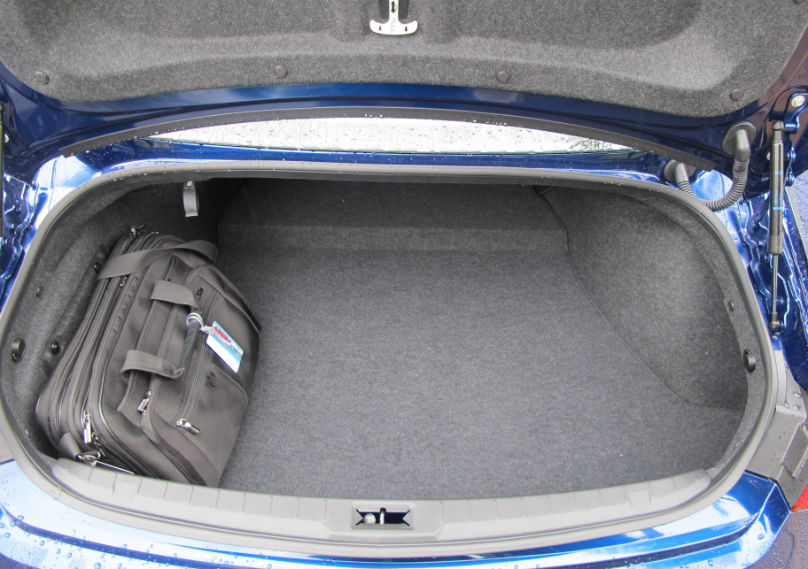