The 2015 Golf won just about every meaningful award in the auto industry from North American Car of the Year to the Canadian Automotive Jury Best of the Best.

What’s Best: Choice of a thrifty gasoline or diesel engine in a compact shape that maximizes interior passenger and cargo volume.

What’s Worst: The five-speed manual hobbles the performance of the TSI. Get the automatic.

What’s Interesting: How good it felt to drive a station wagon after an endless number of CUVs.

AUSTIN, TX- With the 2015 Sportwagon, the missing piece in the lineup of Volkswagen Golf models is complete.

The 2015 Golf won just about every meaningful award in the auto industry from North American Car of the Year to the Canadian Automotive Jury Best of the Best.

And when you look at Golf, it makes sense.

From a basic three- or five-door Golf econo cruiser up to the sporty GTI and the hubris-spitting R, the Sportwagon fills the niche for those wanting CUV like space but not at CUV prices.

The Sportwagon replaces the outgoing Golf wagon and is slightly bigger, yet up to a full 137 lb lighter.

Being 0.9 inches lower with a 2.2-inch longer wheelbase, styling is more aggressive thanks to the “cab backward” look as a result of the use of VW’s new flexible Modular Transverse Matrix (MQB) architecture.

While North Americans are rushing to buy compact and intermediate CUVs, this is still a very large market for a station wagon.

The Sportwagon offers similar cargo space to a CUV but outwardly takes up less space in a garage or, more to the point, a single car driveway or underground condo parking space. 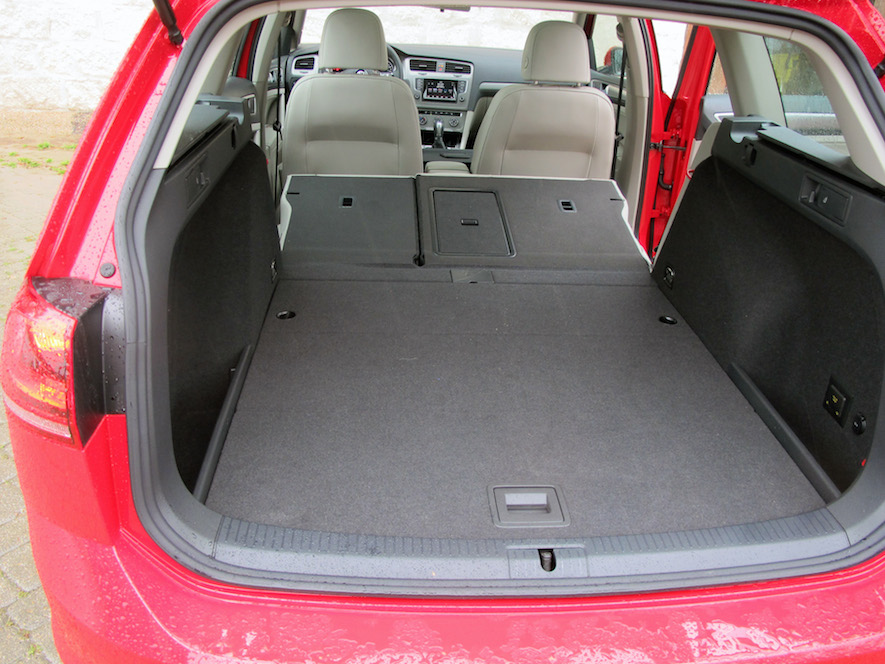 The Sportwagon will offer two engines, starting with a 1.8-litre TSI turbo direct injection four-cylinder (170 hp, 184 lb/ft or torque) introduced last year on the seventh generation Golf. It is equipped with a five-speed manual or six-speed automatic.

All-wheel-drive is currently not offered, but is expected to come later in the model cycle.

The cars sold in Canada and the U.S. will be similar except for the name. For some reason it will be called the SportWagen in the U.S. and Sportwagon in Canada.

In the U.S., the three trim levels are S, SE and SEL while in Canada it is Trendline, Comfortline and Highline.

What we do get in Canada is a standard backup camera on all models where the base U.S. models comes without.

Options are numerous and include the Fender Premium Audio System and Climatronic automatic air conditioning.

Cargo space is generous at 30.5 cu ft behind the back seat and 66.5 cu ft with the seat folded. Another plus is the low loading height of the wagon. 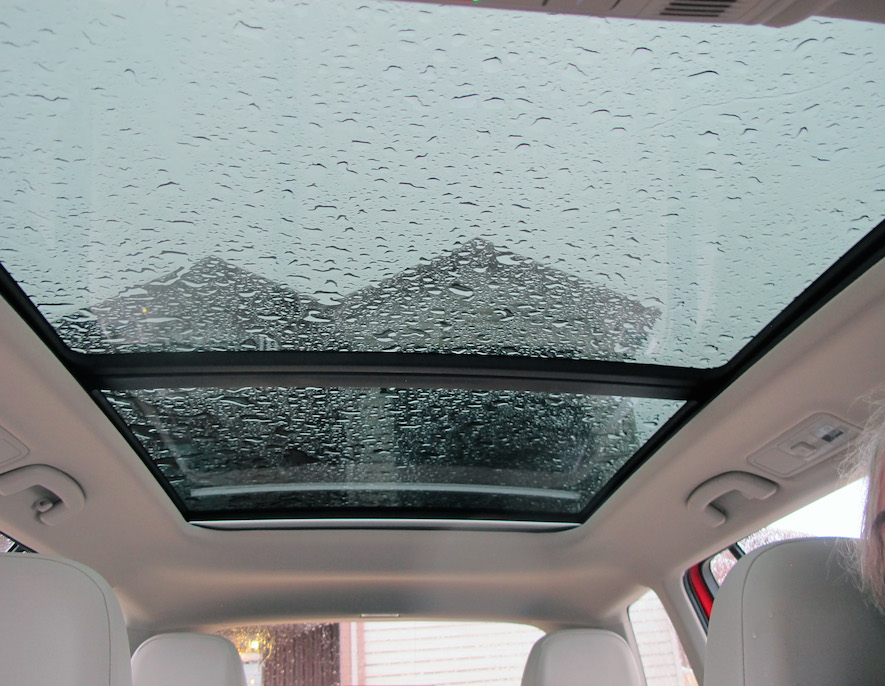 The back seat can carry three adults, no problem, thanks to 903 mm of legroom.

During a monsoon-like rainstorm in Austin where the Golf Sportwagon launch was held, I drove both the diesel and gasoline versions, with the TDI feeling very strong thanks to that 236 lb/ft of torque and the advantage of the dual clutch autobox.

The interior fitments of both the TDI (Comfortline) and TSI (Trendline) are very crisp and clean, especially the instrument panel and gauge package. Even on the base TSI, the aluminum look trim made my co-driver remark it was one the best in that price range. 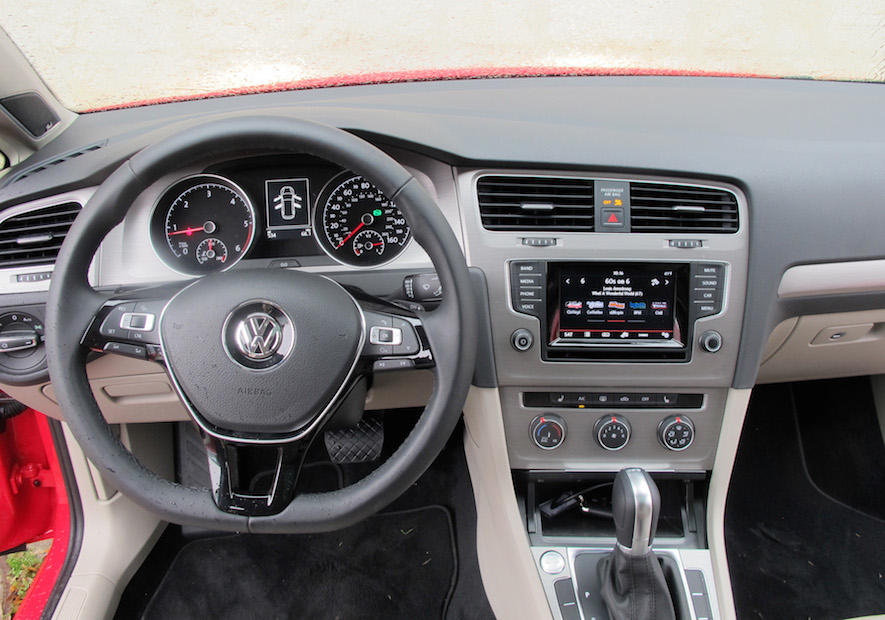 With the base TSI, the five-speed manual felt old-fashioned, making a case for the six-speed from the diesel. But I think most will opt the autobox regardless.

However, in the five-speed TSI I averaged 33.7 mpg and this was in real world driving, and those were American gallons not Imperial.

As this is being written, the first batch of 150 TDI Highline models are being shipped to Canadian dealers, which will probably be snapped up the day they hit the showroom floor.

VW Canada believes station wagons are something that still has great appeal to those shopping in the economy market.

And in a tsunami of CUVs, a wagon still makes a lot of sense. 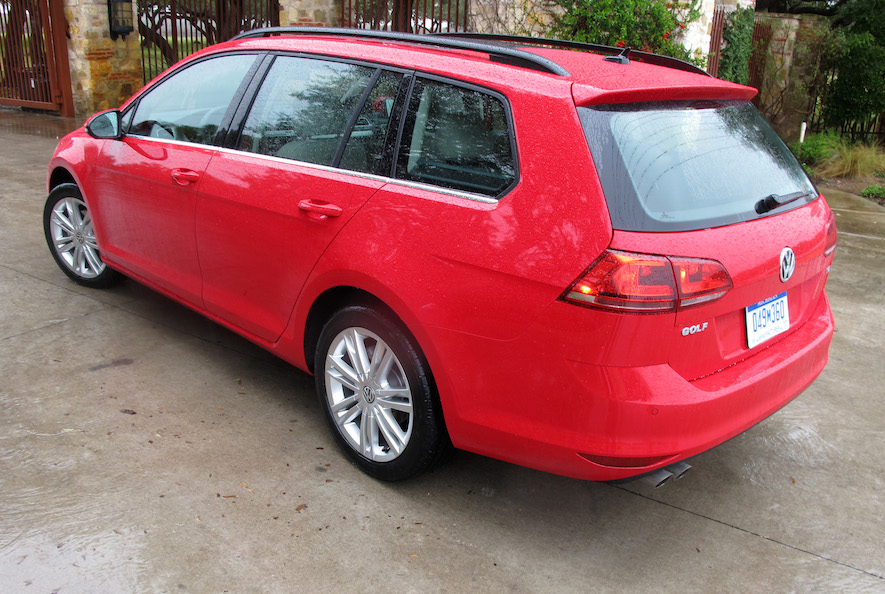