What’s Interesting: The SV trim model tested here comes standard with a six-speed manual, unique to Canada. Also, the ample trunk space mentioned above, at 428 litres is 59 litres more than Toyota Corolla (369 litres) and only 8 litres less than the bigger Nissan Altima (436 litres).

Who says you can’t be smart and sexy?

The 2015 Nissan Sentra was certainly giving it it’s best shot as I circled the car, checking all the angles.

A spicy new-for-2015 Cayenne Red colour covered the smooth curves and contours or my tester, a body shape that has evolved to echo the styling cues of it’s popular big brother, the Nissan Altima.

Those cues include the signature Nissan trapezoidal grille, the oversized, boomerang-style halogen headlamps that have actually trickled down from the Nissan Z, along with the standard LED tail lamps that accent a sleek exterior package with a low 0.29 coefficient of drag.

But this “Altima Mini-me” is not all that mini, being one of the largest sedans in the compact class, almost edging into the midsize territory. The Sentra’s long 2,700 mm wheelbase sets the stage for a biggish cabin with a total interior volume of 3,143 litres, making it one of the roomiest passenger spaces in the segment.

An emphasis on rear seat accommodation sets a passenger-friendly benchmark with 950 mm of legroom. And the standard 60/40 split-fold rear seat also expands on an already ample 428 litres of trunk space.

The Sentra brochure boasts that the trunk will hold six carry-on bags. It will also apparently swallow a bicycle with the seat folded down. There’s even a picture of a ladder in the brochure but I never quite got around to testing that claim.

That’s quite an evolution of product when you consider that the original subcompact Sentra econobox used to be smaller in most dimensions than today’s Nissan Versa Note.

This latest seventh generation version of the Sentra first debuted as a 2013 model. After some performance criticisms, Nissan was quick to tweak the Xtronic CVT (Continuously Variable Transmission), steering and suspension qualities for 2014.

And now, for 2015, the Sentra evolution continues with added content, new technologies and an increased level of sophistication. All Sentra models now come with a Bluetooth Hands-free Phone System, standard USB port, and a new steering wheel which includes illuminated audio buttons and cruise control. 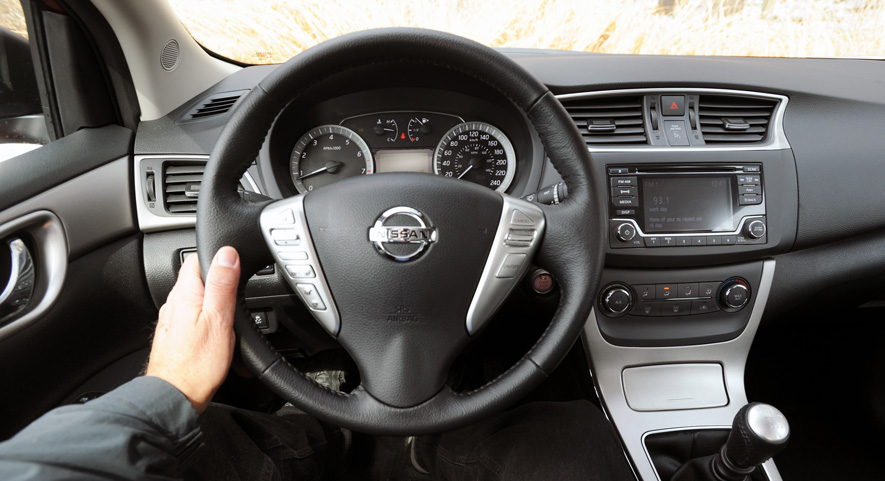 Let’s ignore the base S model because I wouldn’t even consider a car without air conditioning. And adding the A/C, tied into a package with the CVT tranny, bumps the price by $3,100, making an SV upgrade the more obvious choice anyway.

We’ll also ignore the only slightly sport-oriented SR (which makes me miss the SE-R Spec V performance version) and the upscale SL luxury version (why wouldn’t you move up to Altima instead?).

Let’s focus instead on our as-tested SV version which seems to me the classic Canadian compromise, offering a few upgrades and extras without getting loopy about pricing on what is, essentially still, an economy car.

Actually, the SV is a good model to focus on. Nissan Canada is stressing the SV as the value package in the lineup and it certainly got a lion’s share of the attention and upgrades for 2015.

Those new additions for 2015 bolster an SV standard equipment list that has already improved on base S trim standards with 16-inch alloys instead of steel wheels, heated front seats, six audio speakers instead of four, a vehicle security system, chrome gauge accents and premium cloth seating and door trim. 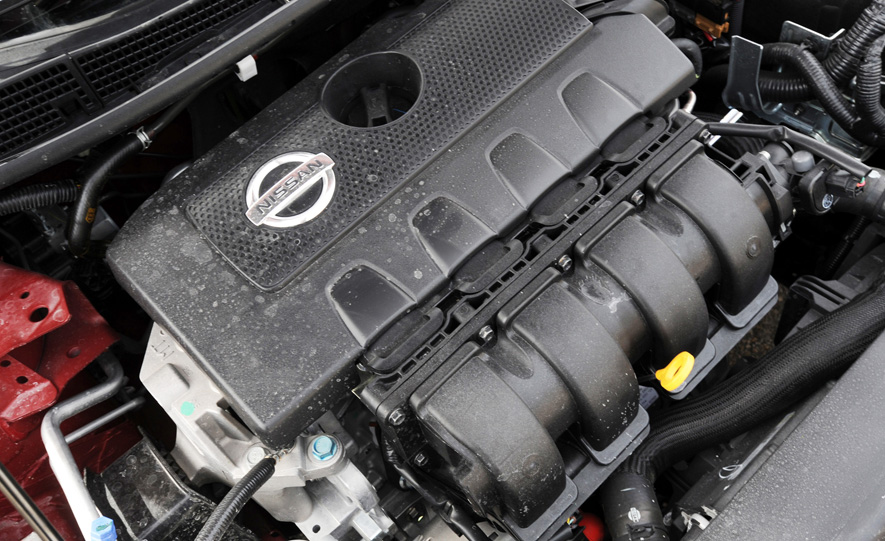 The motor makes 130 hp and 128 lb/ft of torque, which won’t exactly get your heart racing – or the Sentra itself, for that matter.

Enthusiasts looking for a little more edge in their compact car choice would probably be better served by a Mazda3, Ford Focus or VW Golf.

Which reminds me that this is one of those rare instances where we get something that the U.S. doesn’t – as tested here, a manual transmission in the SV model. In the U.S., the manual is limited to the base S model only.

The stick shift at least gives you the choice of either shifting early for economy or legging out the engine for at least some sport-driving satisfaction.

The SV also gets an assist from three engine management mode choices selected by buttons under the steering wheel – Normal for a compromise blend of performance and economy, Eco which numbs the engine and transmission reaction while also reducing air conditioning draw for better fuel economy and Sport which sharpens engine and transmission response for more get-up-and-go.

Six-speed manual transmission models will probably only be bit players compared to the overwhelming numbers of CVT sales but they at least offers another choice for compact car customers.

Yeah, as if they don’t have enough choices.

When you list some of the compact contenders  – the Toyota Corolla, Honda Civic, Hyundai Elantra, Kia Forte, Ford Focus, Chevy Cruze, Mazda3 and VW Golf – the challenge for Nissan may seem daunting.

But with new upgrades and equipment for 2015 bolstering one of the roomiest and fuel efficient cars in its class, the 2015 Sentra is proving to be a very viable alternative in one of the most competitive segments in automotive market. 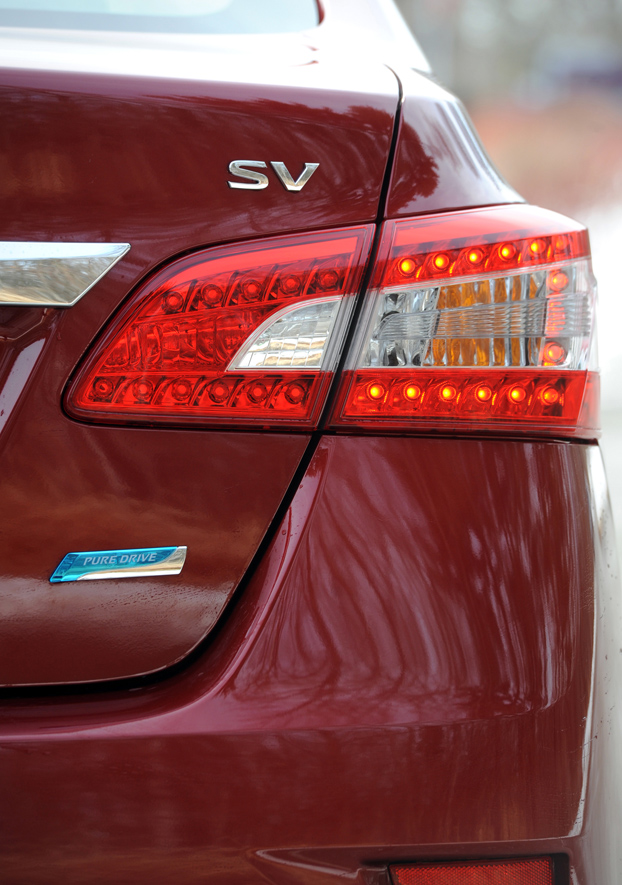