When it comes to full-size SUVs, GM goes to great lengths to please its consumers – literally. 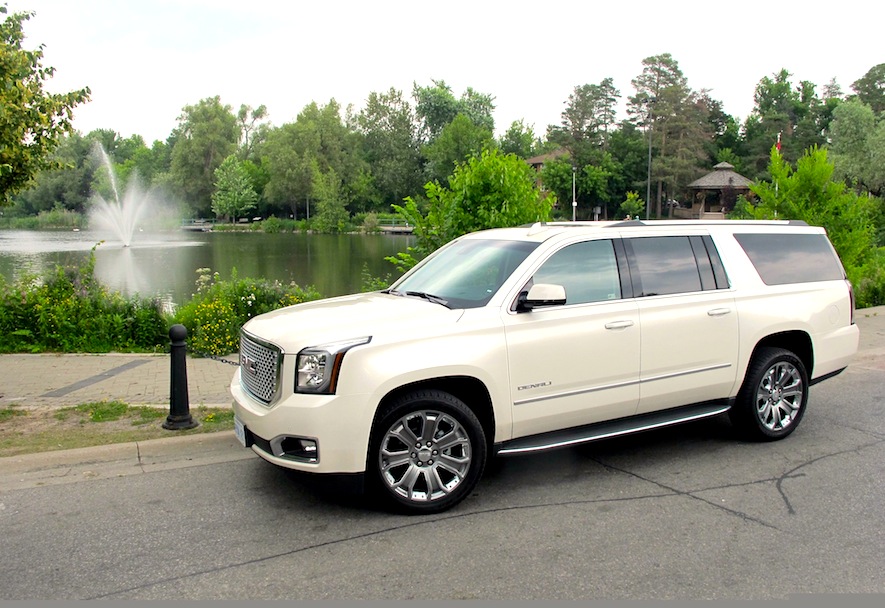 When it comes to full-size SUVs, GM goes to great lengths to please its consumers – literally.

Based on GM’s full-size pickup trucks, the Denali XL is joined by the Chevrolet Tahoe and Cadillac Escalade ESV in covering all the price and option bases in this class. 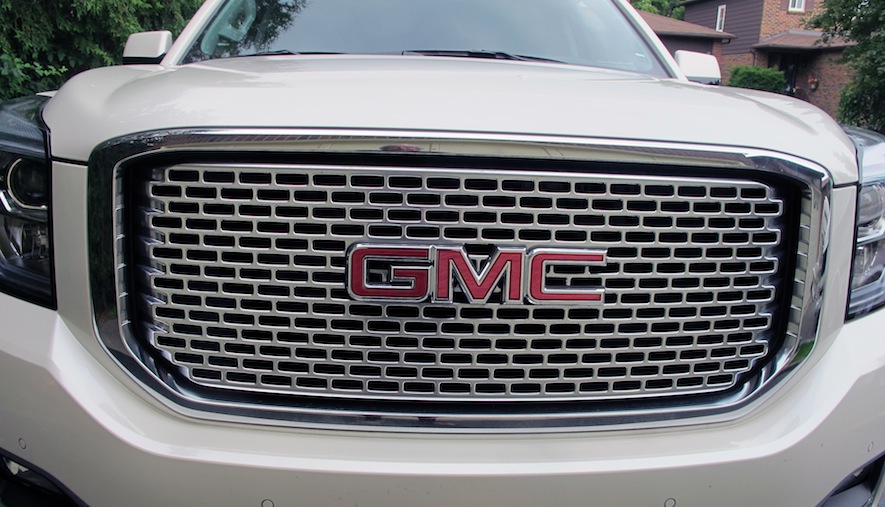 In the GM premium luxury SUV price walk, the Yukon Denali fits nicely between the Chev and Caddy and the GMC comes in two models, the Yukon and the Yukon Denali. Both are available in short wheelbase and long wheelbase at 2,946 cm (116 in) and 3,302 cm (130.0 in) respectively, with the “XL” badge on both standing for the LWB. Denali indicates the top trim level.

The Denali is fitted with GM’s big V8 workhorse, the 6.2-litre overhead valve engine now with direct fuel injection for 420 hp and 460 lb/ft of torque. 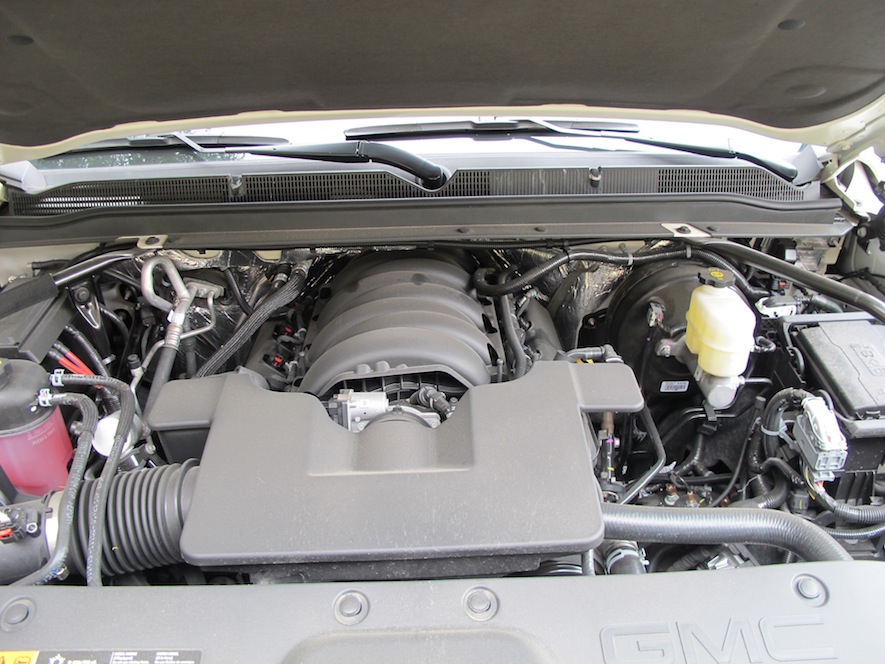 Regular readers with long memories will recall I drove a similar Denali prior to Christmas 2014 which, like the rest of GM’s big SUVs, was equipped with the long-serving six-speed automatic.

Since that time, GM has introduced a new eight-speed automatic at the top end that is working its way down through its lineup.

With driver selectable engine grade braking and tow/haul mode, fuel consumption of the Denali eight-speed is 16.2/11.4L/100 km city/highway on the SWB and marginally higher on the LWB at 16.4/11.7L/100 km, as tested here. All Yukons use regular fuel. 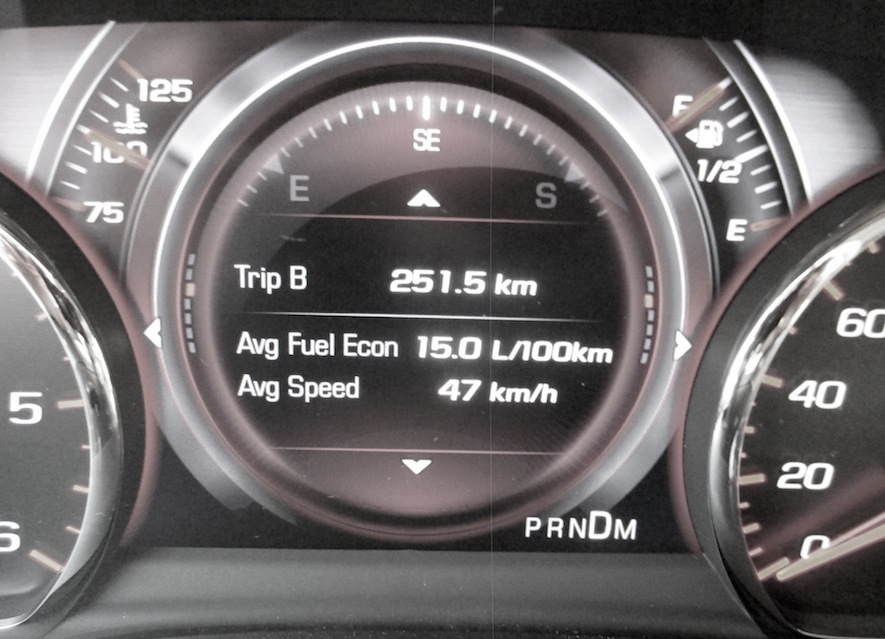 As big as the towing numbers are, it’s the cargo/passenger volume that sets the Denali XL apart, with cargo volume behind the Denali third row seat at 1,102 litres. With the third row folded, volume is 2,171 litres with no less than 3,430 litres behind the first row.

As for passenger numbers, the Denali seats seven but on other Yukons there is a second row bench for eight, and on the base SLE, a front bench making seats for nine. 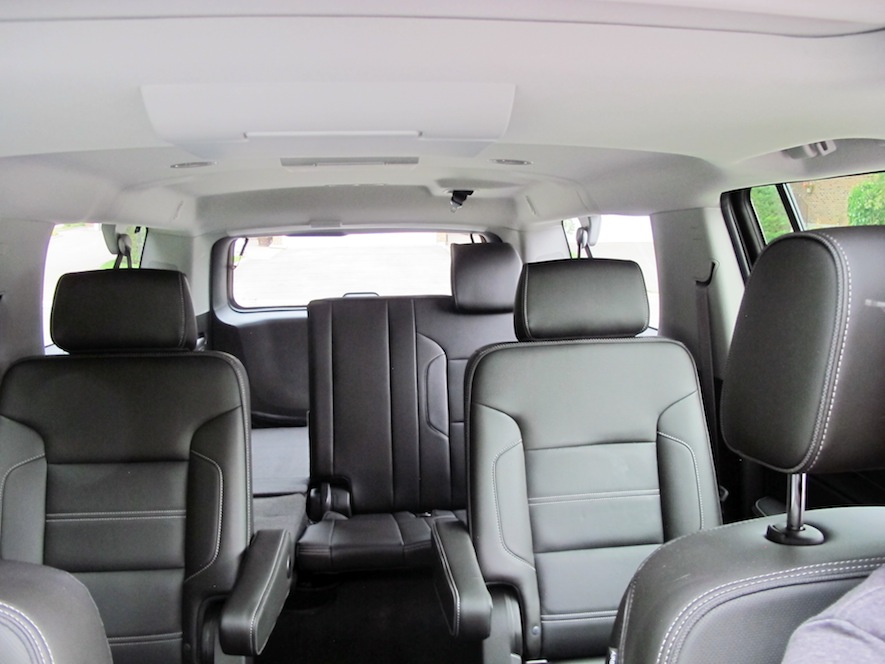 If you fold the second row forward, legroom for those in the third row is gargantuan, putting a Rolls-Royce Phantom to shame.

With something as long as the XL, cross traffic alert is very handy for backing out of something such as a mall parking lot where some people zoom through lanes like their hair was on fire.

GMC makes a big thing about interior noise reduction using the tagline, “quietly whispers premium” and that starts with thick acoustic glass on the windshield and front doors.

The interior, of course, is splendid, with Java Burl wood and burnished aluminum trim that complements the contrasting French stitching on the leather. 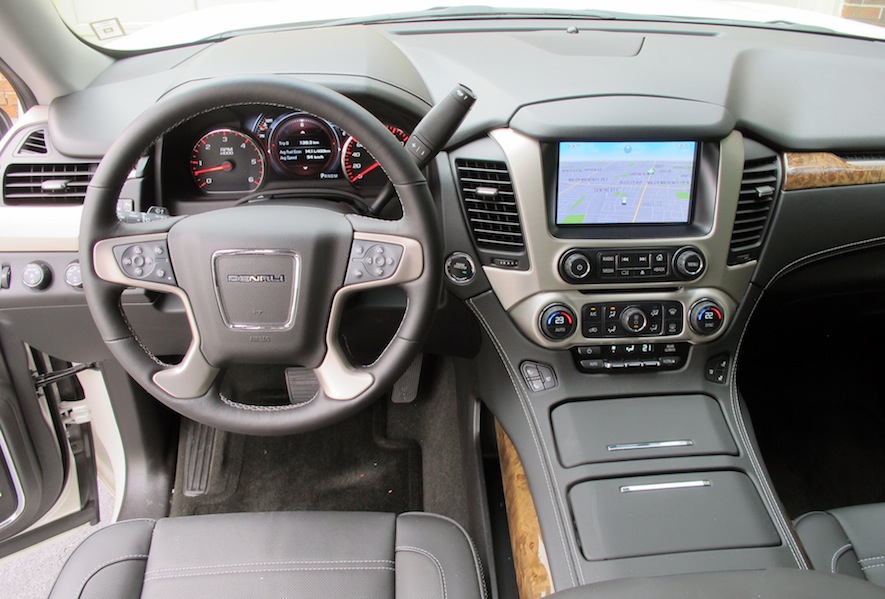 Literally at the centre of it all is the new 203 mm (8 in diagonal) Touch Audio System with IntelliLink with improved voice recognition that seamlessly integrates all mobile devices.

On the lower left of the instrument panel is a rotary knob for the four 4WD modes (2Hi, Auto, 4Hi and 4Lo), the trailer brake controller and rockers for the brake pedal adjust, lane keeping, traction control and obstacle detection sonar.

After you climb up, and I mean up, into the driver’s seat, the view ahead is commanding. Looking to the rear, the power tailgate seems a long, long way back.

The big 6.2-litre starts quietly, with a push button. Prod the gas and the Denali XL moves off serenely, but hit the pedal hard and all that torque comes in with a rush.

Because you are higher off the ground and there is so much sound deadening, one must really watch the speedo as this truck always seems to be going faster than you think.

And speaking about mall parking, the Denali, thanks to the moving grid backup camera, is surprisingly easy to tuck into any spot.

Pricing? Well, that’s big too starting at $77,130. The big ticket option at $3,555 was the Sun, Entertainment and Destination Package with power sunroof, nine-inch LCD movie screen, wireless headphone and on and on. 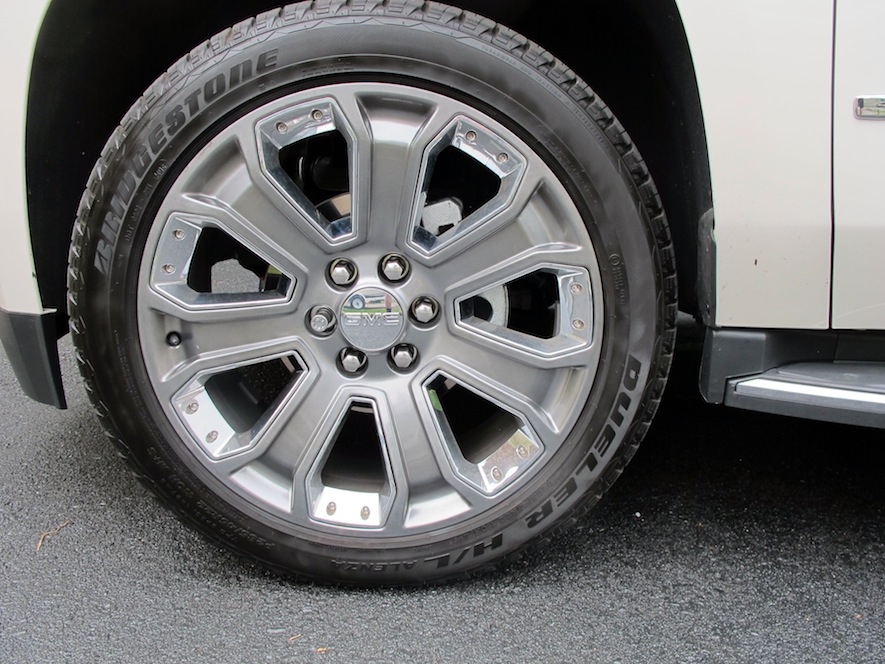 Strikingly handsome in ($995) White Diamond Tricoat paint, the GMC Denali XL 4WD is certainly not for everyone

But for those seeking the highest level of luxury, utility, towing and passenger capacity, it has few peers. 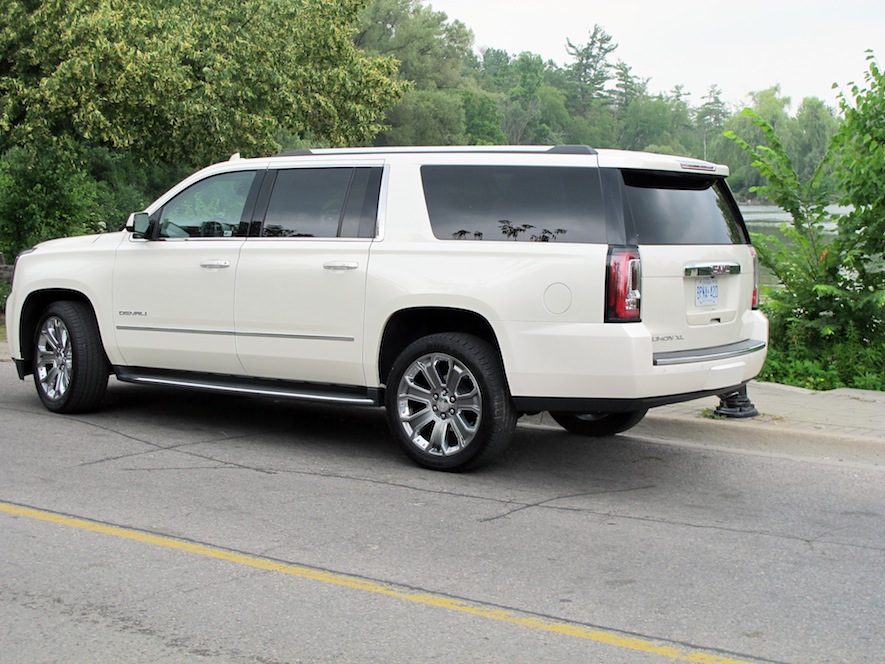