What’s Worst: It’s available only with a six-speed manual in the SE sedan, not in the hatchback and not with an automatic.

What’s Interesting: This is the smallest engine available in the compact segment.

The Ford Focus model has been the best-selling nameplate in the world for three years in a row, but that hasn’t stopped Ford from freshening the product for 2015.

A bold new exterior look along with interior refinements, advanced technology and the availability of Ford’s 1.0-litre EcoBoost engine are the prime upgrades to the Focus.

The 1.0-litre EcoBoost is new to the Focus but it was introduced to North America in 2014 in the sub-compact Fiesta.

This tiny turbocharged 123 hp three-cylinder engine is an award-winner, having been named International Engine of the Year for three straight years.

With its availability now in the Focus compact sedan, buyers who have fuel efficiency top of mind can opt for this powerplant over the standard 2.0-litre four-cylinder engine.

Ford of Canada hopes the 1.0-litre EcoBoost will help spur sales of the Focus in the Great White North.

Although the top-seller worldwide (thanks in part to huge sales numbers in China), the Focus was seventh on the compact car sales list in Canada during 2014 with 25,781 units sold, down 13.1 per cent from the previous year. In contrast, the Honda Civic sold 64,063 units in Canada last year.

The EcoBoost engine is available only on the Focus sedan with the SE trim, mid-level between the base S and top-end Titanium. The hatchback comes in SE, Titanium and ST trims, the ST featuring a hot 252 hp 2.0-litre EcoBoost engine. 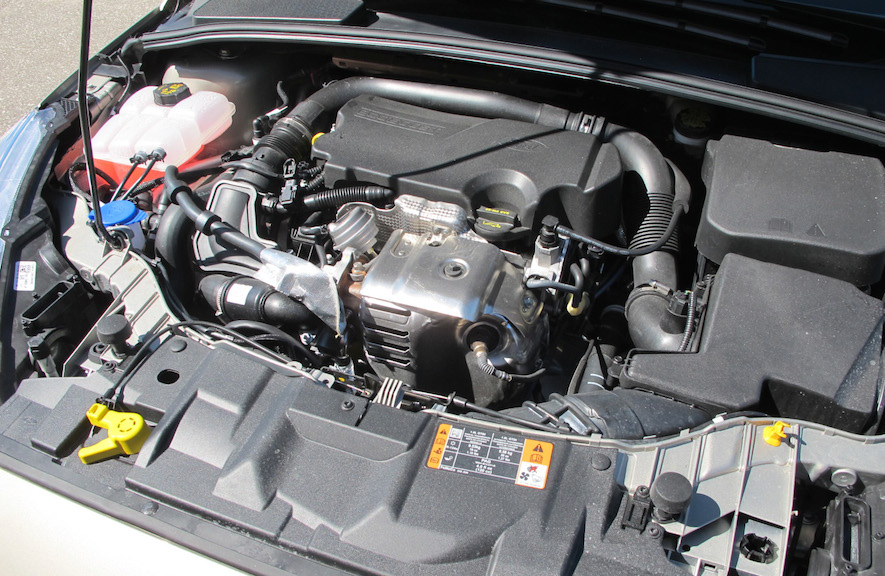 The EcoBoost engines come with the six-speed manual, while all others have either a five-speed manual or six-speed automatic transmission.

From all reports, the 1.0-litre engine works fine on the sub-compact Fiesta, does it cut the mustard with the 170 kg heavier Focus?

From this seat, the answer is yes.

At start up, the engine is a bit noisy, but once at speed in sixth gear, the car hums along nicely without letting you know there is only a tiny three-banger under the hood. Sure performance is far from eye-popping, but anyone who wants a hot hatch should look at the 252 hp Focus ST.

One wonders, though, why Ford has chosen to offer only a manual transmission with the EcoBoost engine here in Canada.

The 1.0 EcoBoost has been a hit in Europe where it accounts for 32 per cent of sales of the current-generation Focus and 26 per cent of Fiesta sales this year.

In fact, demand has been so robust for this engine that Ford has had to double production at its Cologne, Germany plant to more than 1,000 engines a day.

Ford has gone global with most of its models and the Focus is no exception. The Focus has German engineering and it shows in the steering and handling, both of which are excellent.

From a styling standpoint, the Focus has the new-look Ford front end with a restyled hood and grille and available LED headlamps. In the rear there is a new trunk lid and lamp clusters.

Inside, customers will find a cleaner, more modern look with greater use of satin chrome detailing. The centre console now features double cup holders and the glove box is easier to access. 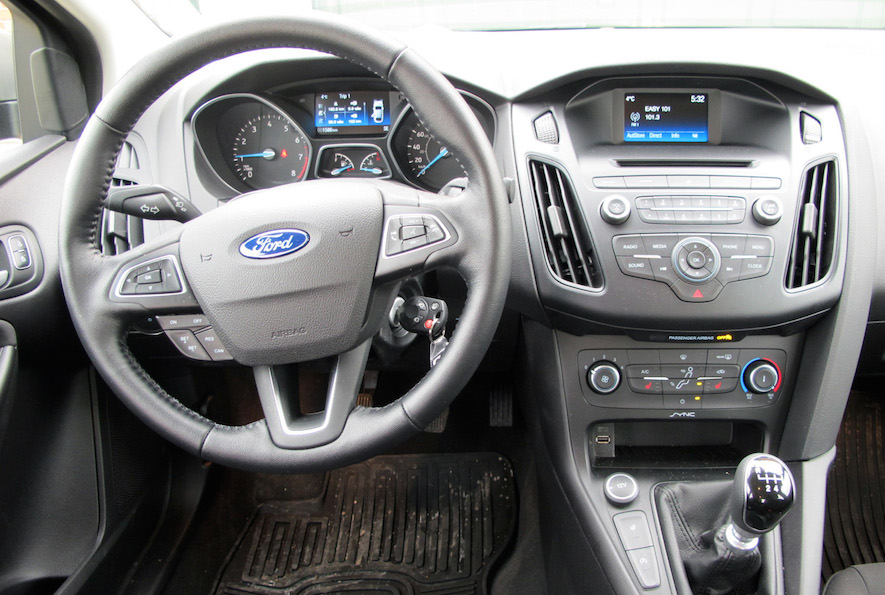 A rear view camera is standard across the board in the Focus lineup, appearing either on a 4.2-inch screen, which our tester had, or an eight-inch screen that comes with the optional MyFord Touch.

Driver-assist technologies that at one time were limited to high-end vehicles are now filtering down to the compact segment.

Among them is Ford’s BLIS system that uses radar beams to identify vehicles entering blind spots at the rear of the car. This is especially useful for identifying cross traffic when backing out of a parking spot.

A lane-keeping system is also available that gives steering wheel vibrations when the vehicle drifts out of the current lane without the turn signal being activated.

If an unintended lane departure is not corrected by the driver, the system automatically applies steering torque to direct the car back into its lane. Active park assist is another driver-assist program offered on the Focus for 2015.

Buyers who opt for this EcoBoost engine are undoubtedly concerned with fuel economy. Natural Resources Canada figures for the car are 8.1L/100 km city and 5.9 L/100 km highway. We averaged about 6.2L/100 km during mostly highway driving during our week with the vehicle.

RELATED: Tracking your driving to save fuel

In contrast, the 2.0-litre Focus S with a manual transmission delivers 10.2/7.3 L/100 km, according to Natural Resources Canada testing.

With this fairly small difference in fuel economy, potential Focus buyers have to decide if the $1,600 premium for the 1.0-litre EcoBoost is worth it for them.

Whatever the engine choice, shoppers in the compact segment should take a long hard look at the Focus because overall it does compare favourably with class leaders like the Honda Civic, Hyundai Accent, Toyota Corolla and Mazda3. 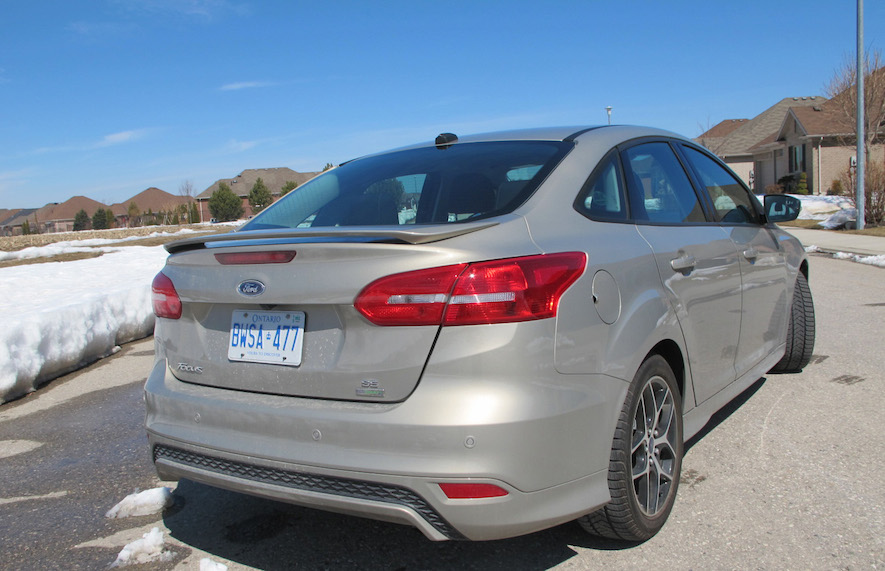